The night was cold and wet. For some time, there was a dog somewhere in the distance that decided to have a barking match with a pack of jackals. The prayer calls in the morning sounded like ghosts, again. The inside of my sleeping bag was pretty cozy, though.

The difficult part is always getting up. I take some of my wet belongings and lay them out in the sun, then I walk over to a tea house to fetch some hot water. I buy a chocolate candy bar because I have earned it. I listen to Daquin because he’s awesome in the morning. Some cows are coming outside because they want breakfast. Some ducks are hopping into the water because they want to swim.

The road leads along the nature preserve at first. There’s a little creek, and beyond it, there are mostly wetlands and lakes. I walk along the creek on a dirt path, and the grass is so short and the air is so crisp and the mountains are so blue that it reminds me of the Tibetan areas I walked through in 2008.

Then the nature reserve stops, and I’m on a regular country road again. I have started walking rather late, and so I complete much of the remaining way in the dark. Sometimes there are no street lights. Sometimes the sounds of dogs are far away, and sometimes they are very near. The air smells like burning coal. My head torch is almost out of battery, but I can still see my own breath dissolving in the blackness in front of me.

Once again, I am walking through the night. Once again, I have become nothing but a speck of light on the dark side of the planet. 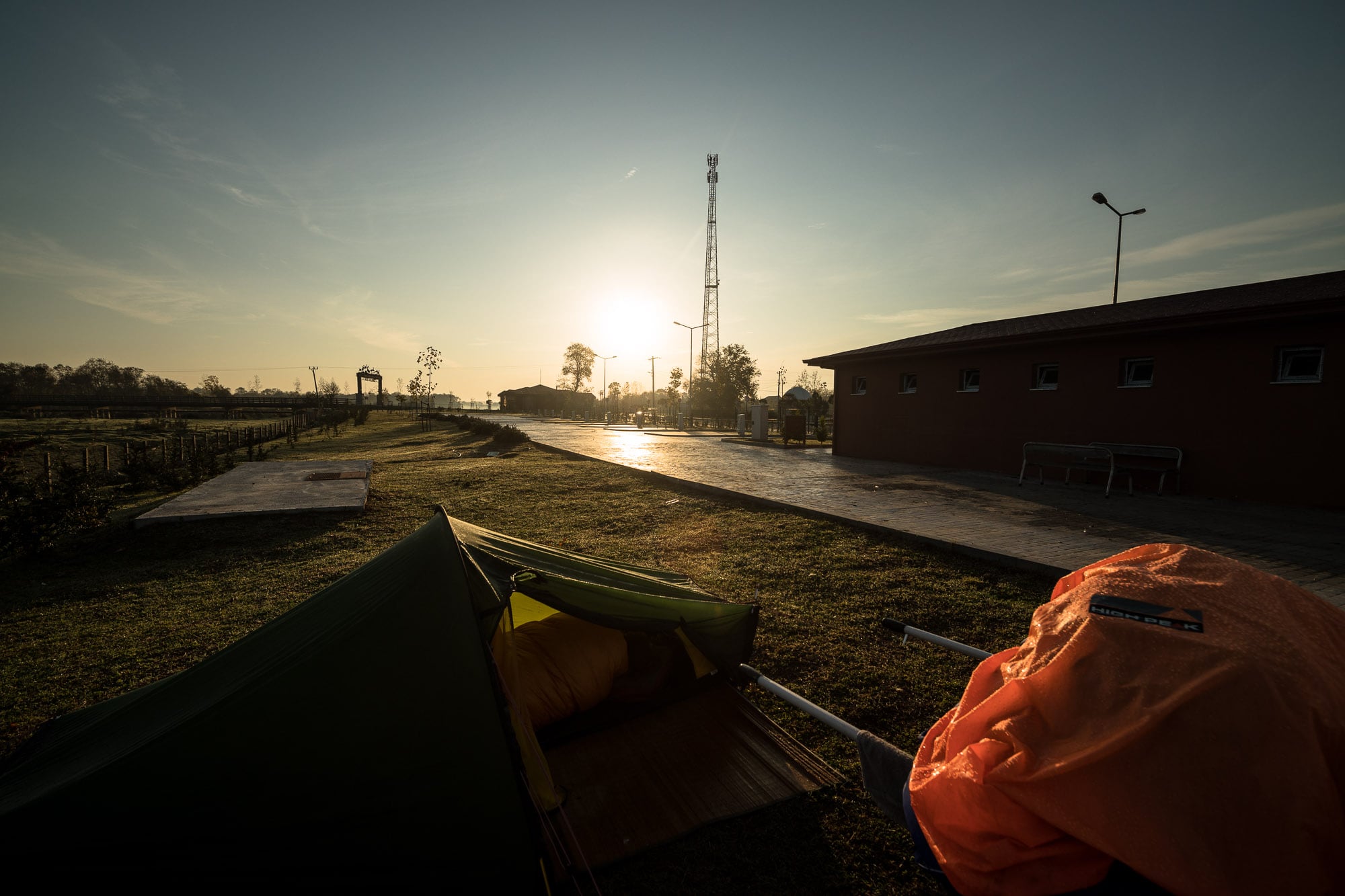 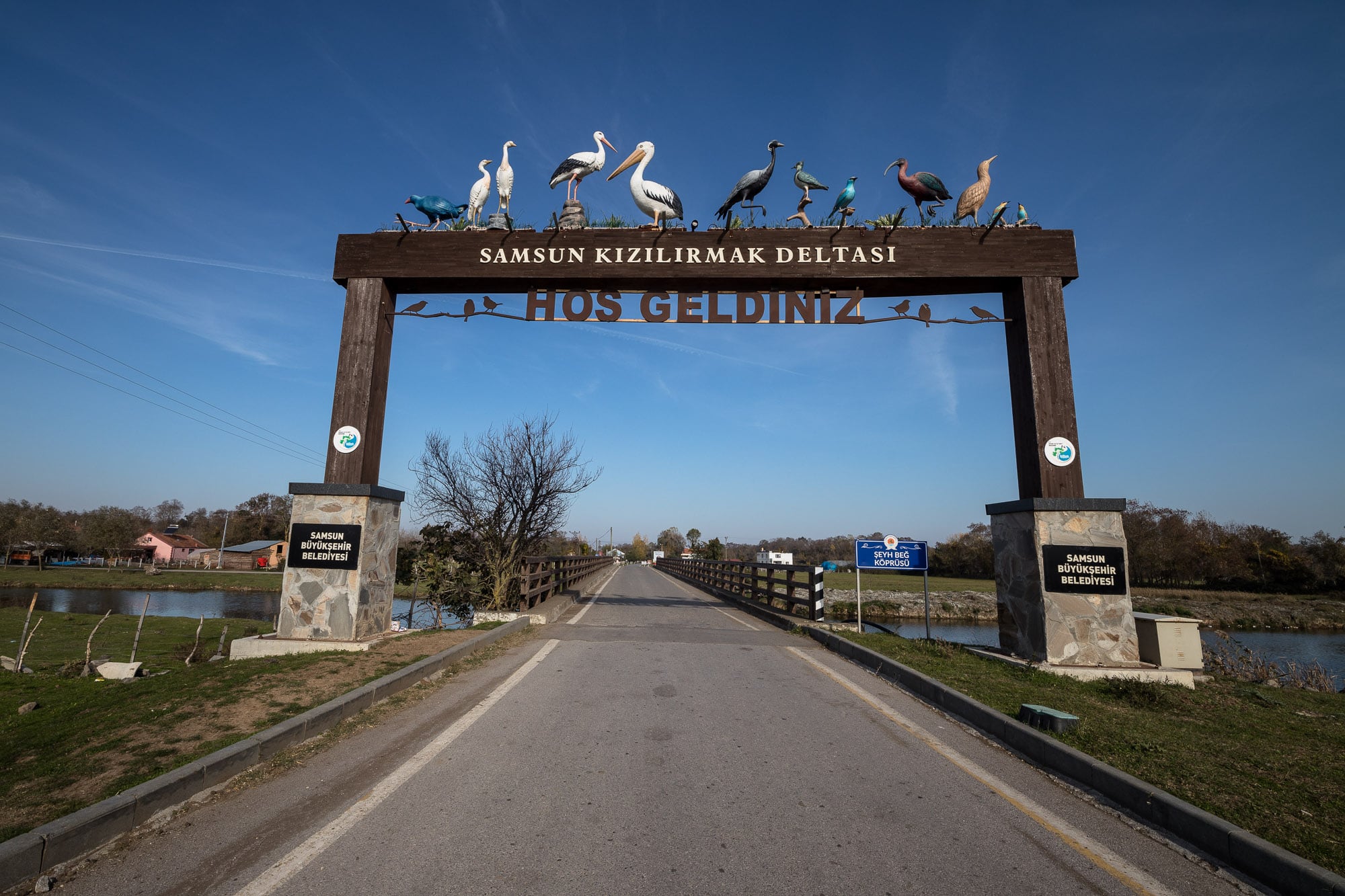 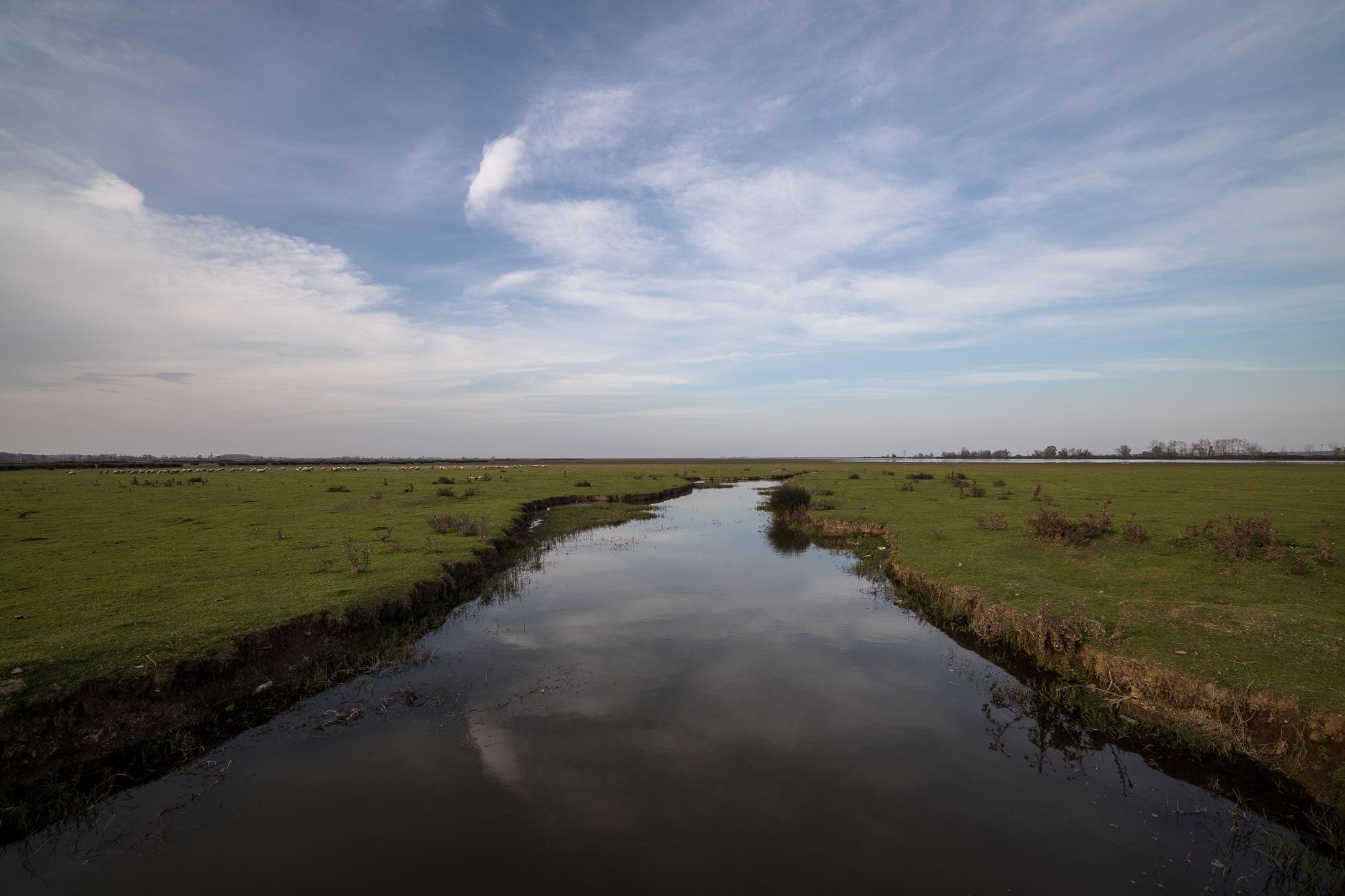 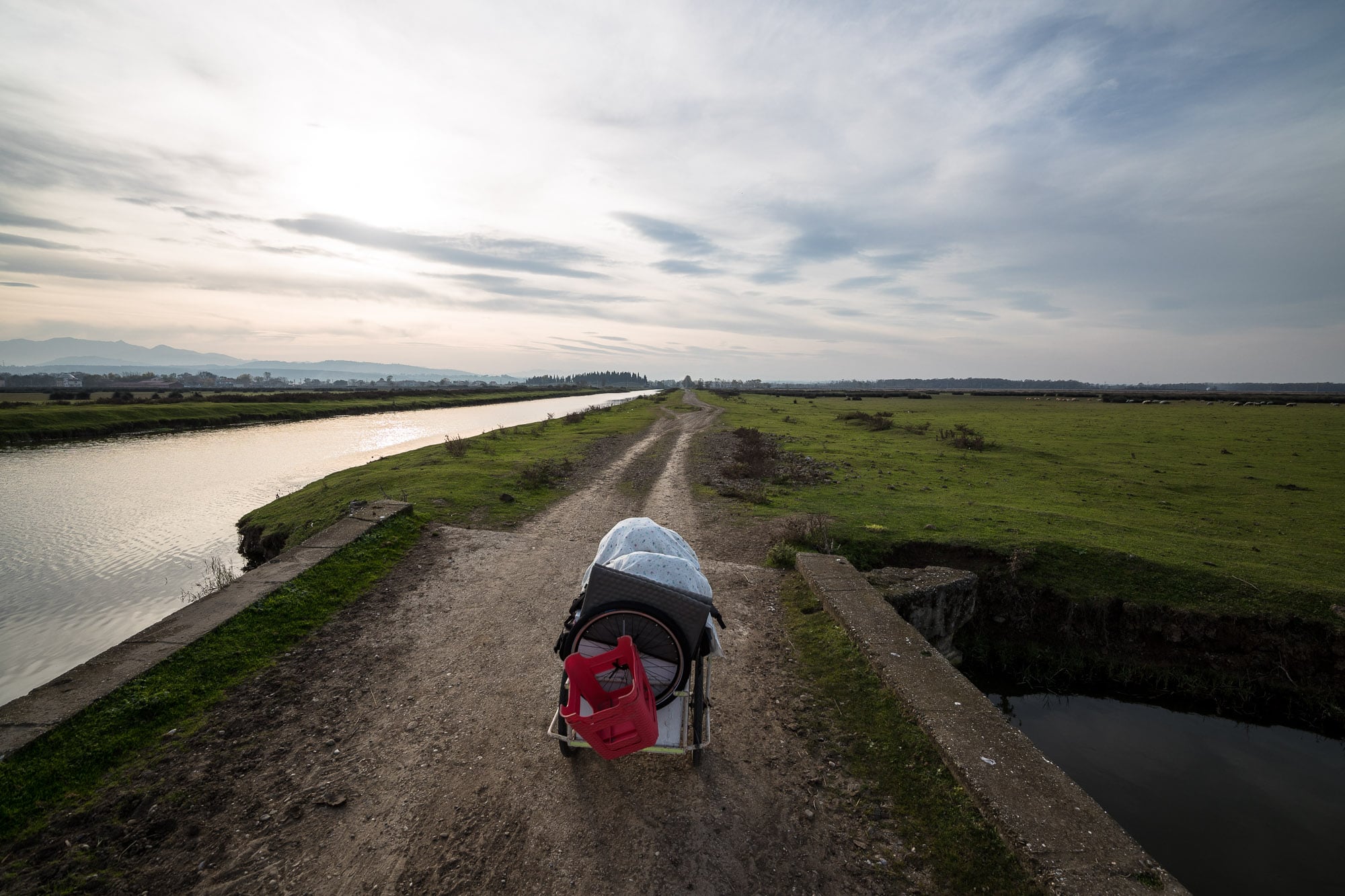 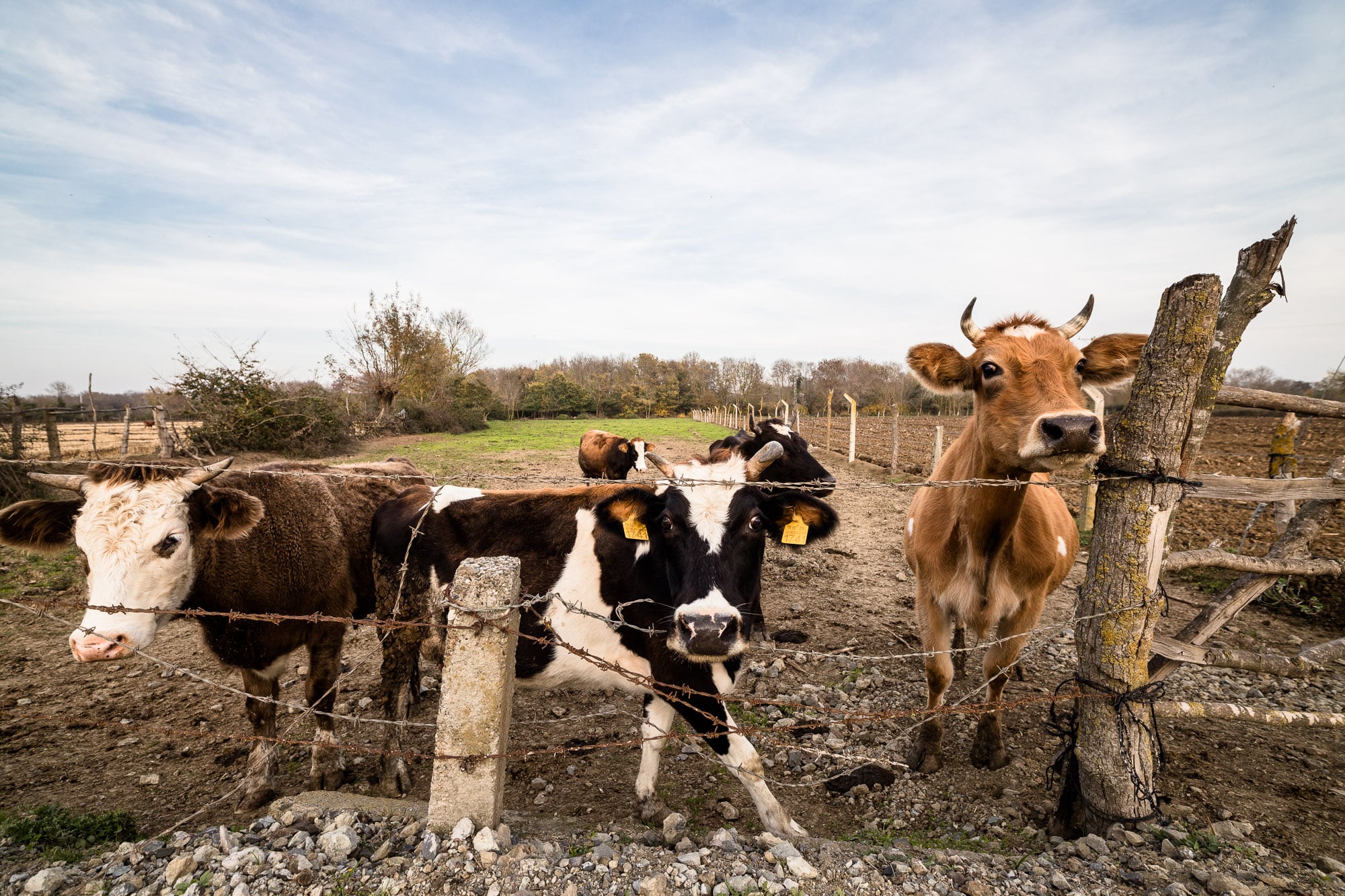 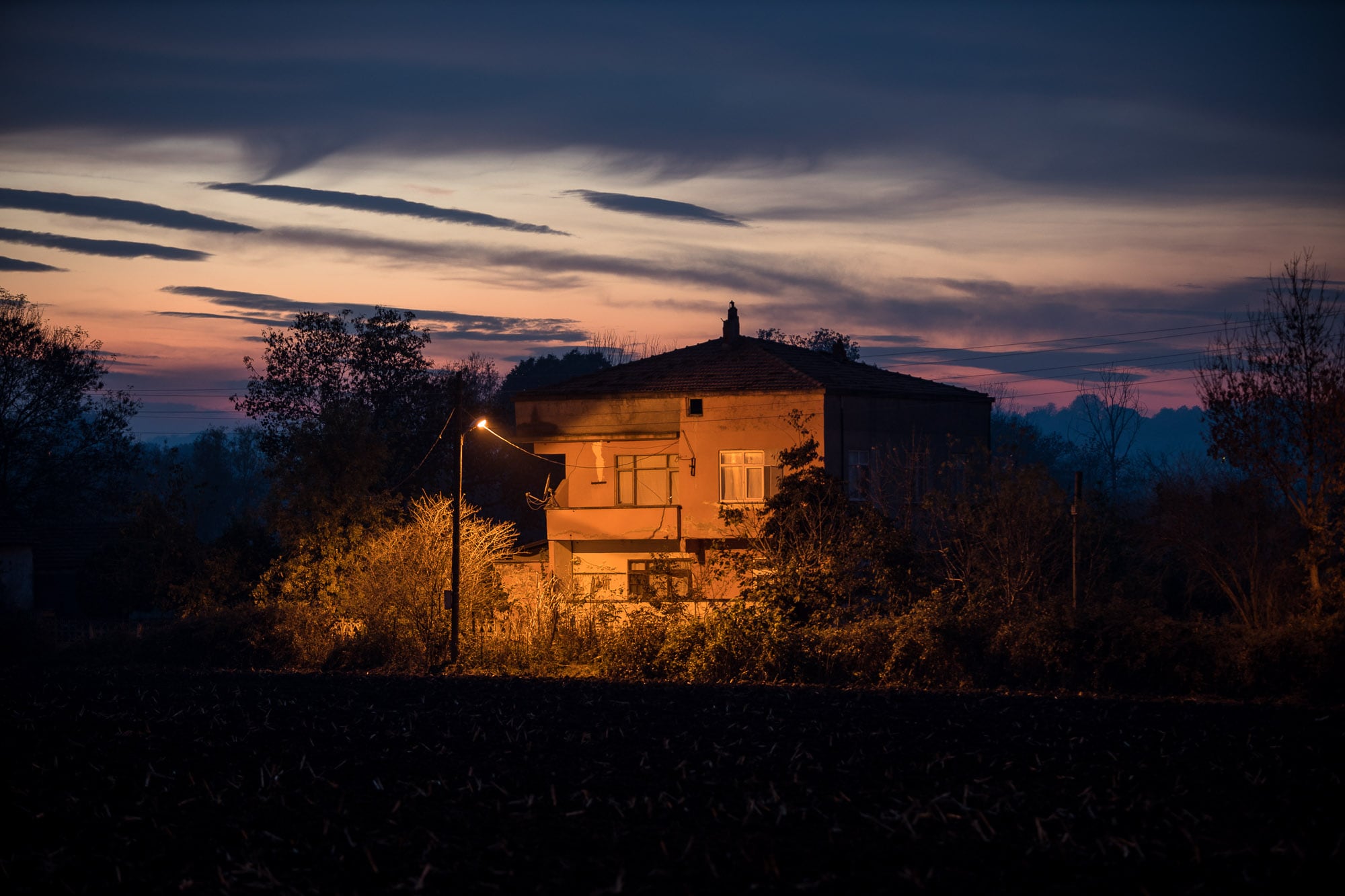 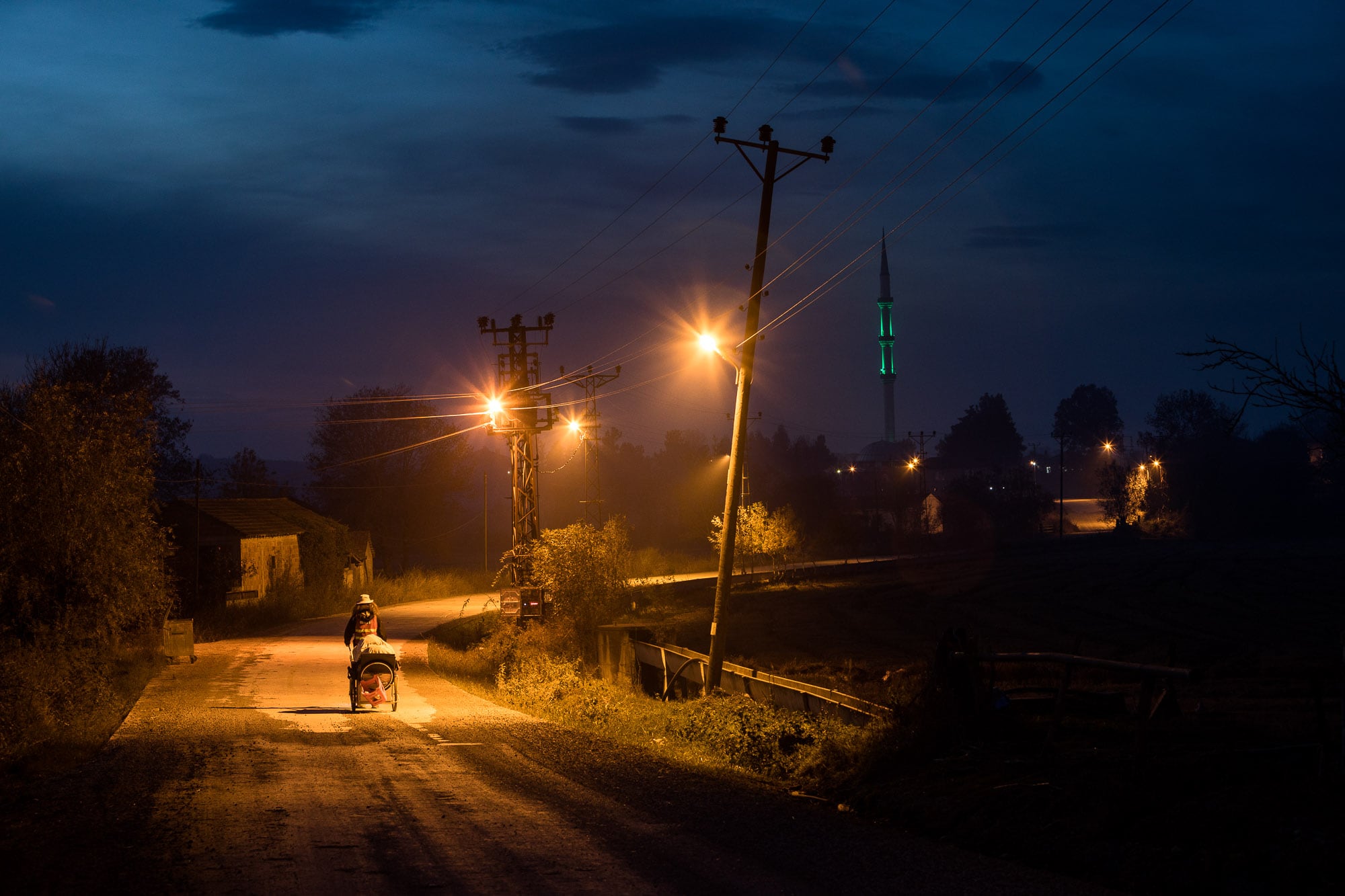 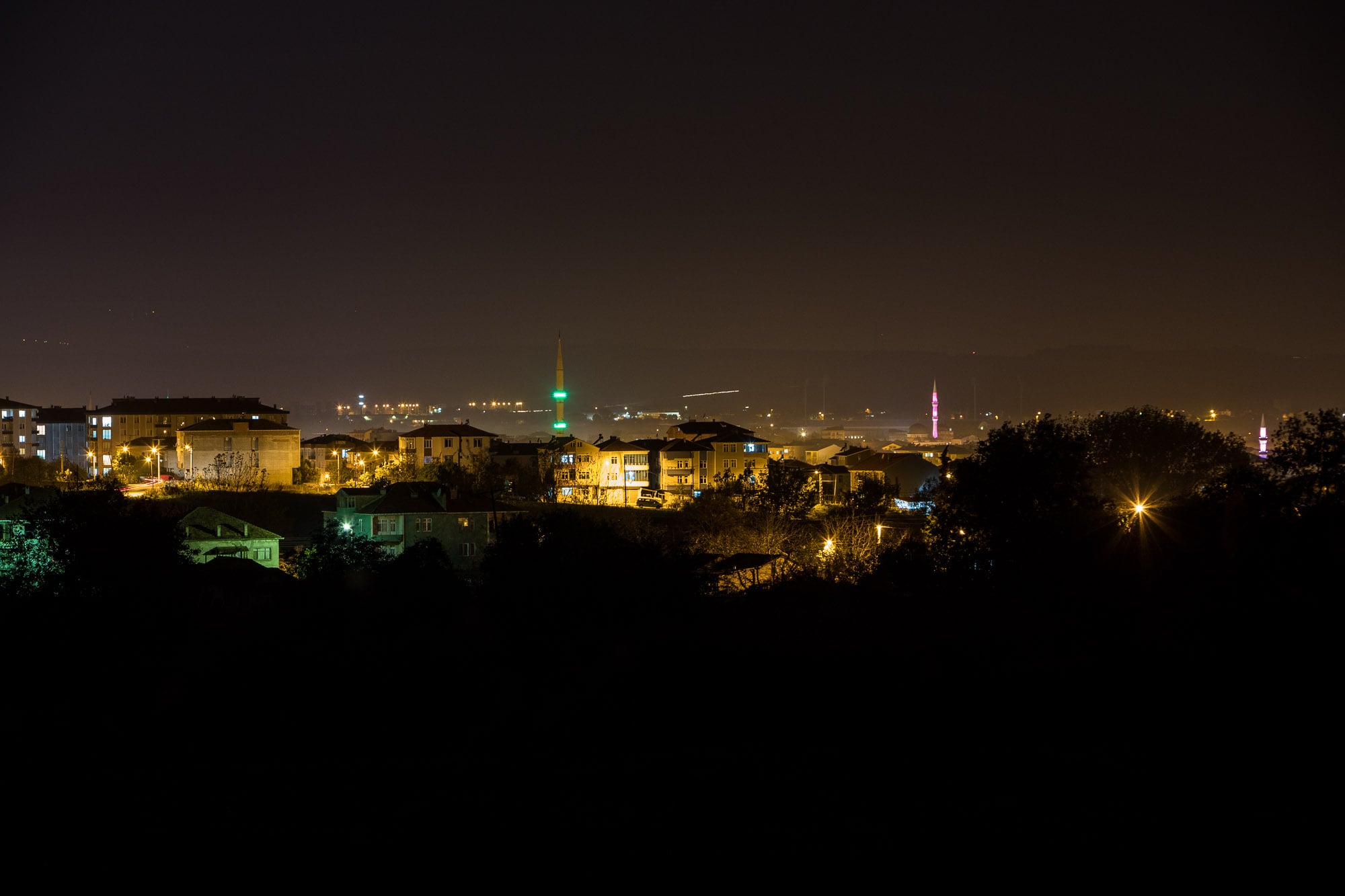 Day 1485
from Yörükler to Bafra