Rize, that’s one hundred thousand people on the coast of the Black Sea. It’s the home of the current president (who appears to moonlight as an educator). And it’s the center of the Turkish tea industry.

I have been passing by lots and lots of tea factories on my way here from Georgia. Basically every town has one, and they all belong to the same company, Caykur. Here in Rize, on a hill overlooking the city, Caykur operates a famous tea garden. And so I, wanting to have tea but being too lazy to walk, take a taxi up there.

It’s not bad. Some trees, some old people, some tourists, a few waiters, a nice view, and a bunch of wasps going crazy over the sugar bowls on the tables. Is it a good place to have tea? Yeah. Is the tea better than at any of the random restaurants I have been to on the road? Not really.

When I get back down to the main square in the center of the city, I see the president/educator again. There is a huge poster of him on a wall, and opposite of it, on another wall, there’s a second one, and it’s even bigger.

I decide to leave the figurative fortress and visit a literal one. So I walk up to the Rize Castle ruins on one of the adjacent hills. It turns out that there is not much to see up there. The original fortress dates back to a point in time far more than a millennium ago, but today there’s a café in it, or rather: there is one more nice place to sit and have tea.

I rest on the ramparts and look down at the city. There are the mountains and there is the sea, there is the road on which I have come here and there is the place on the shore where someone is burning a pile of trash. And in the middle of it all, towering on a red background over a building wall, there is someone huge and familiar. 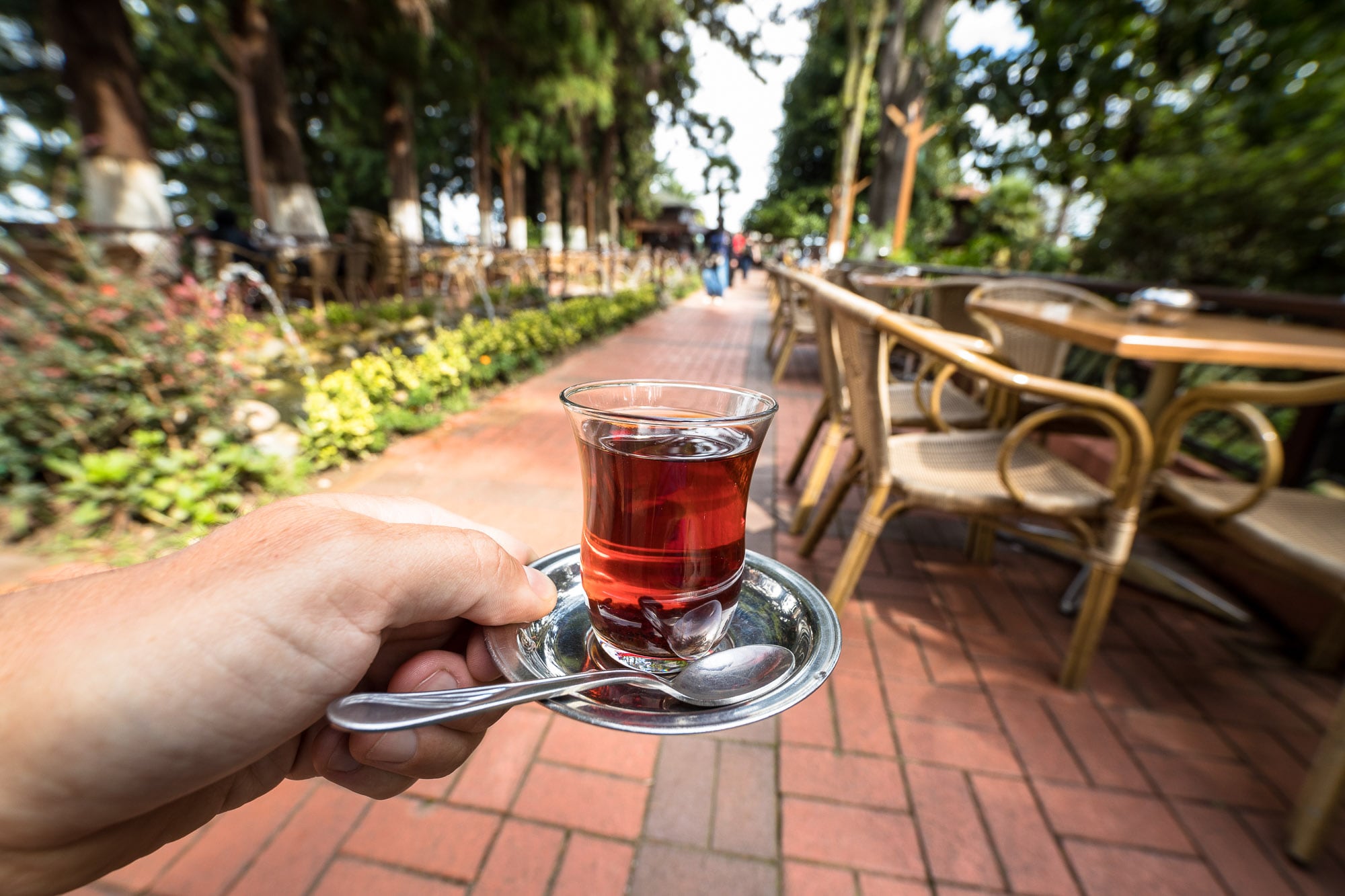 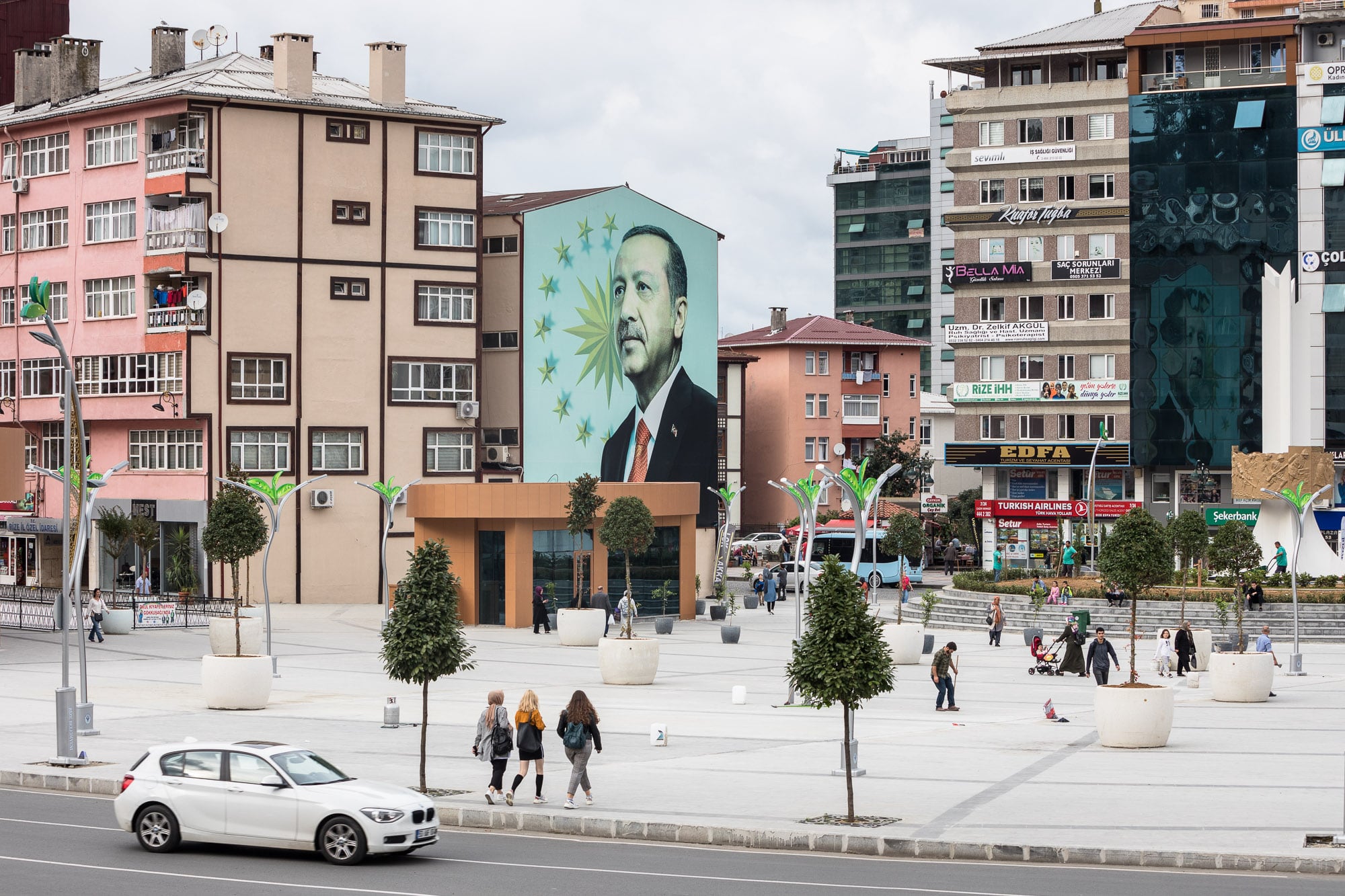 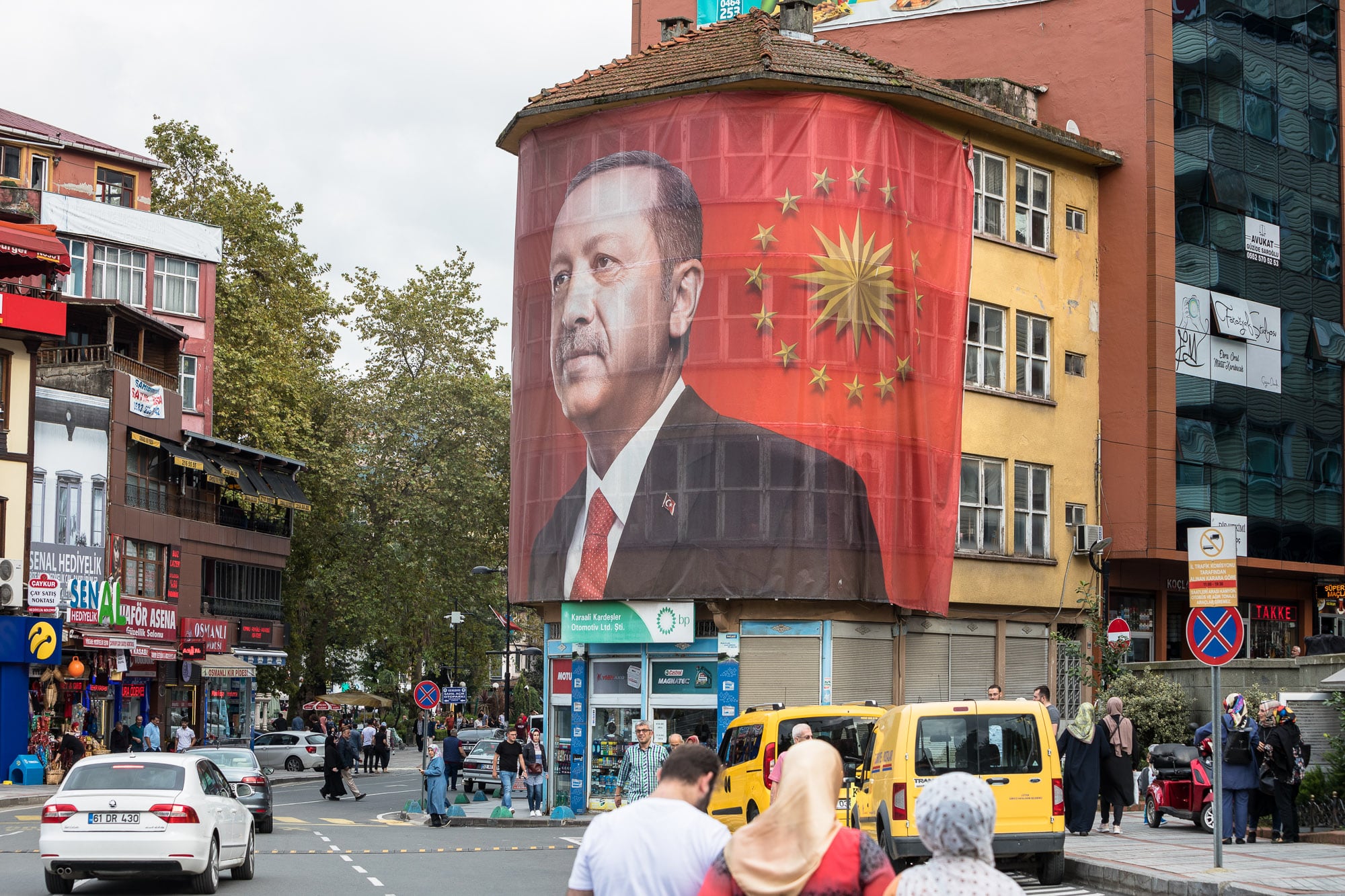 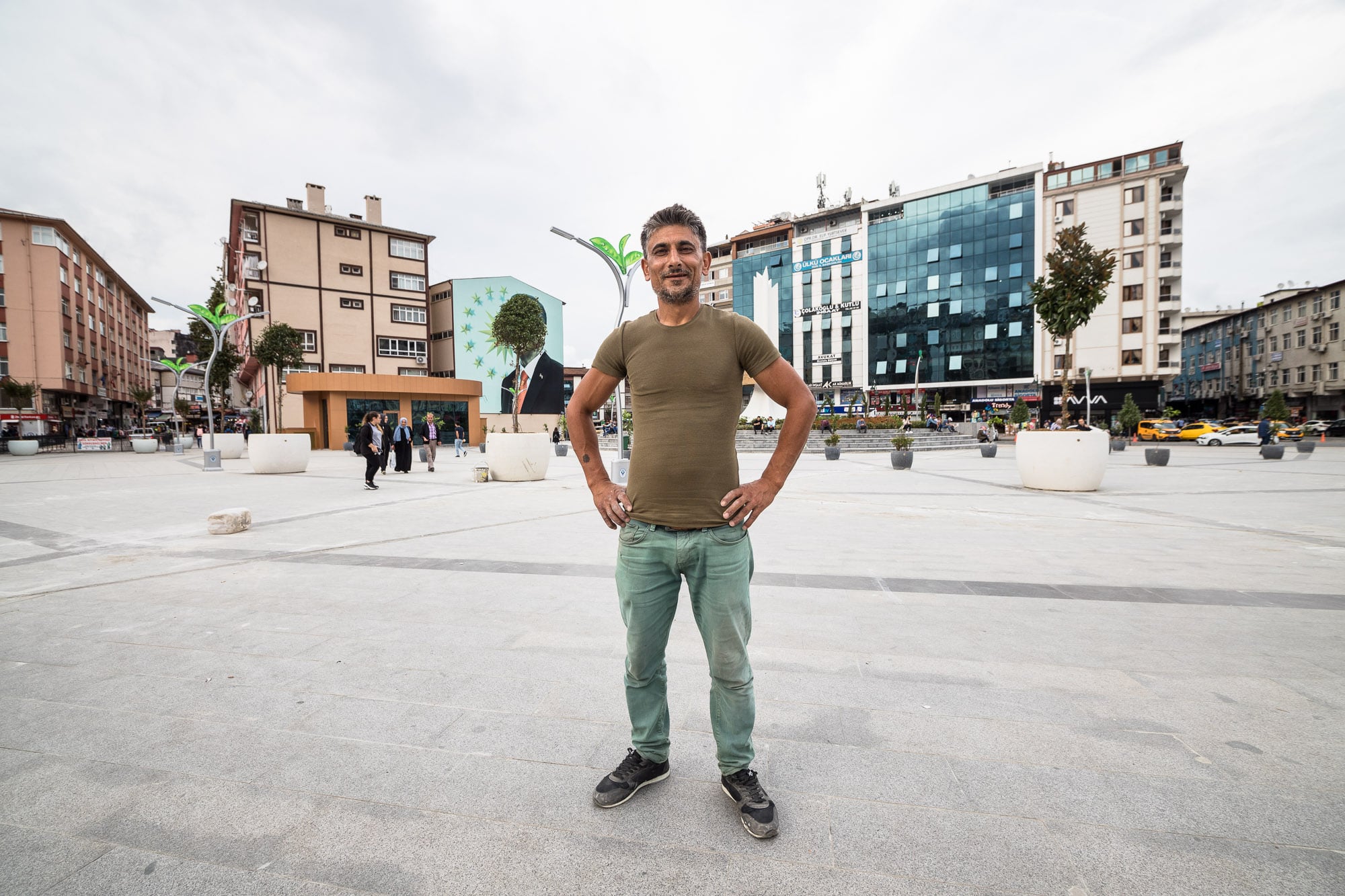 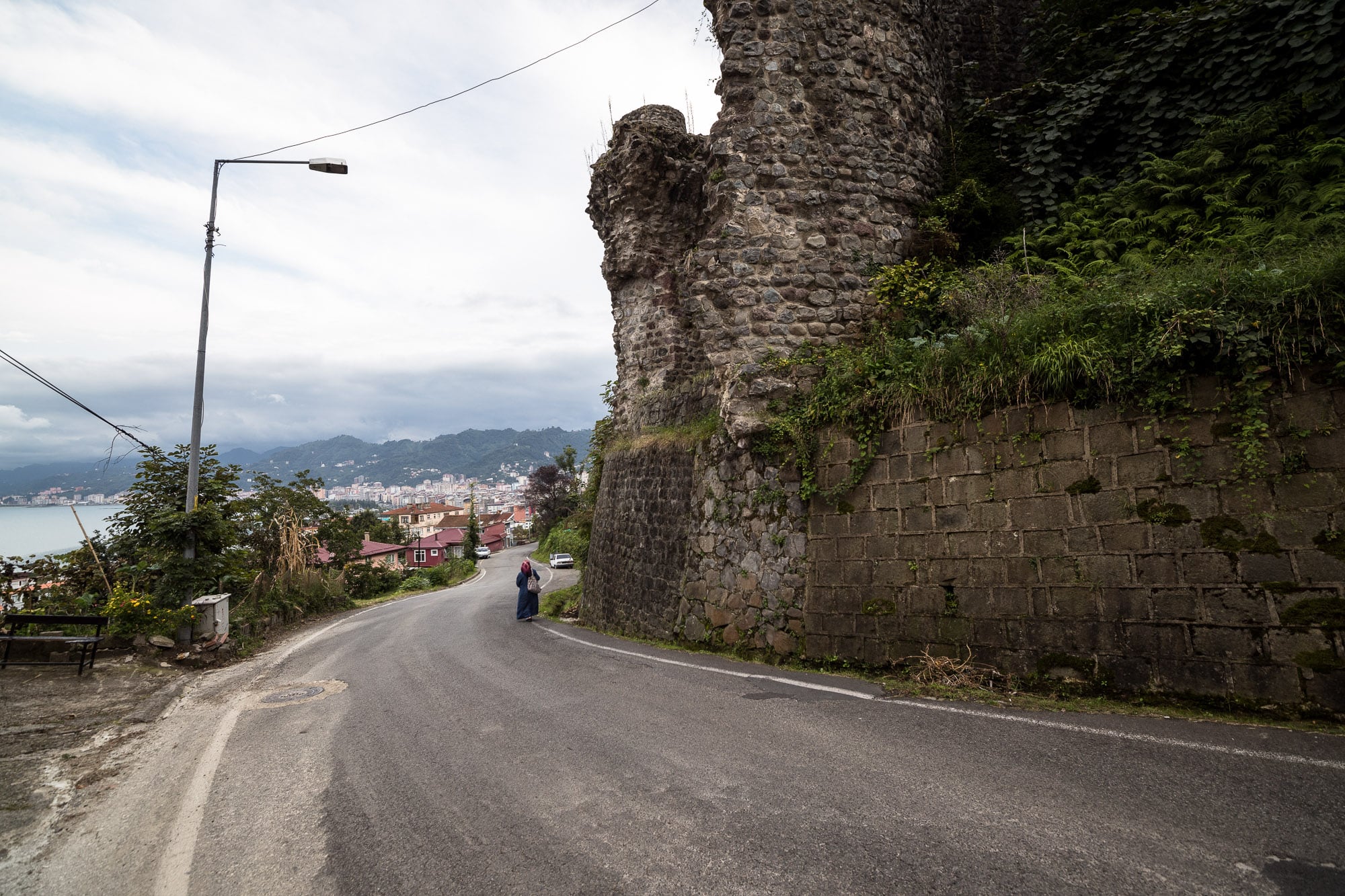 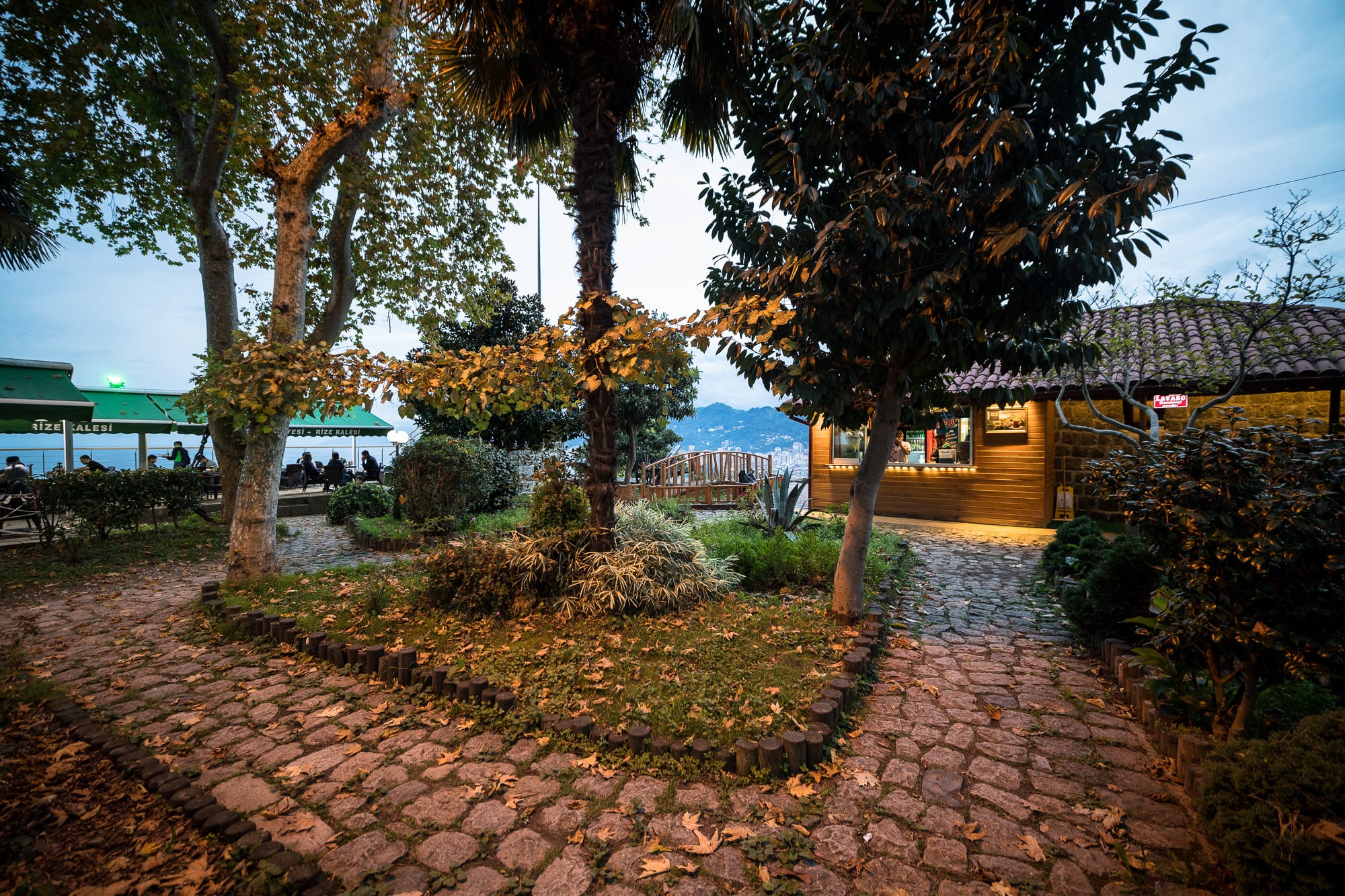 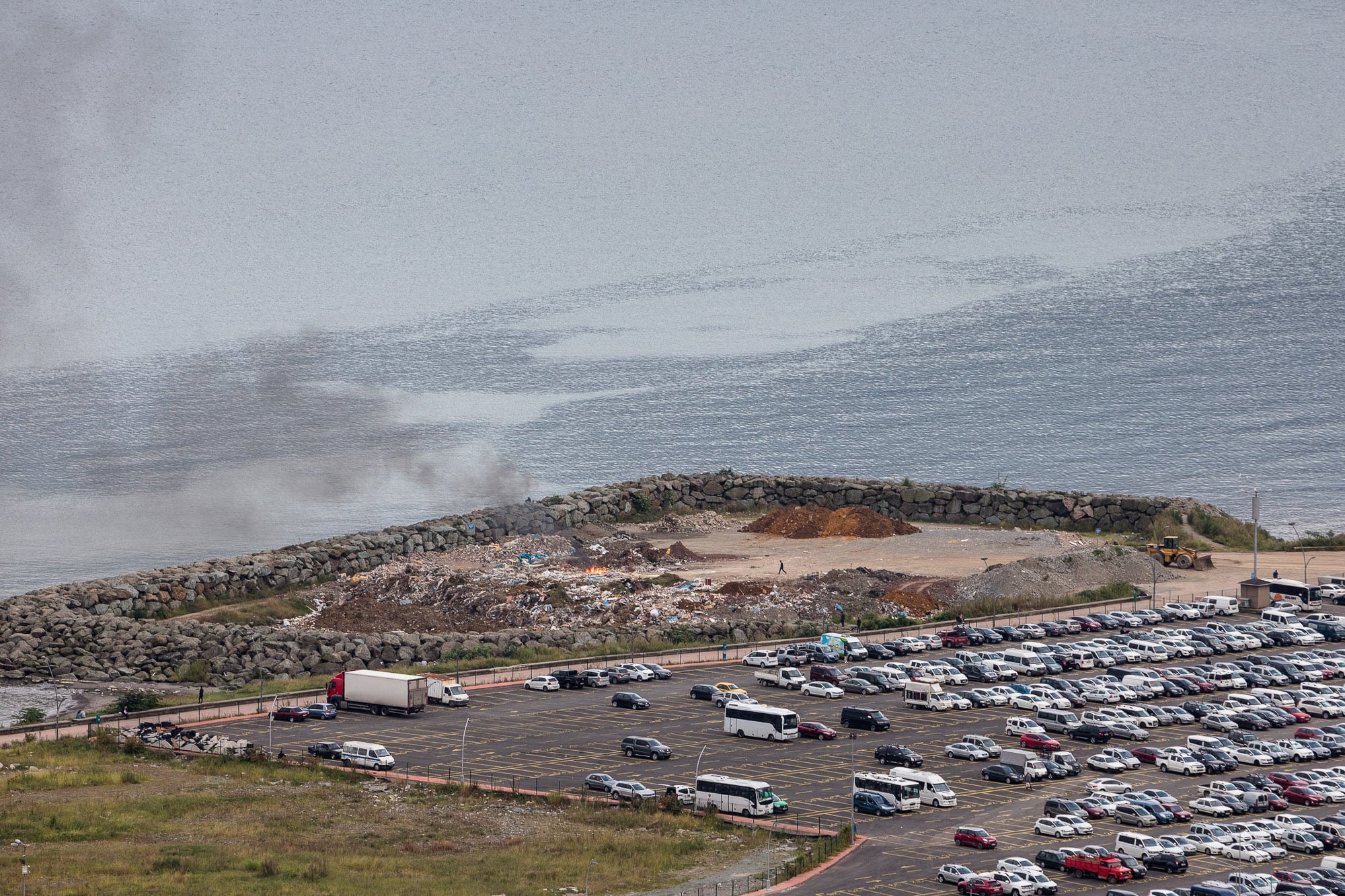 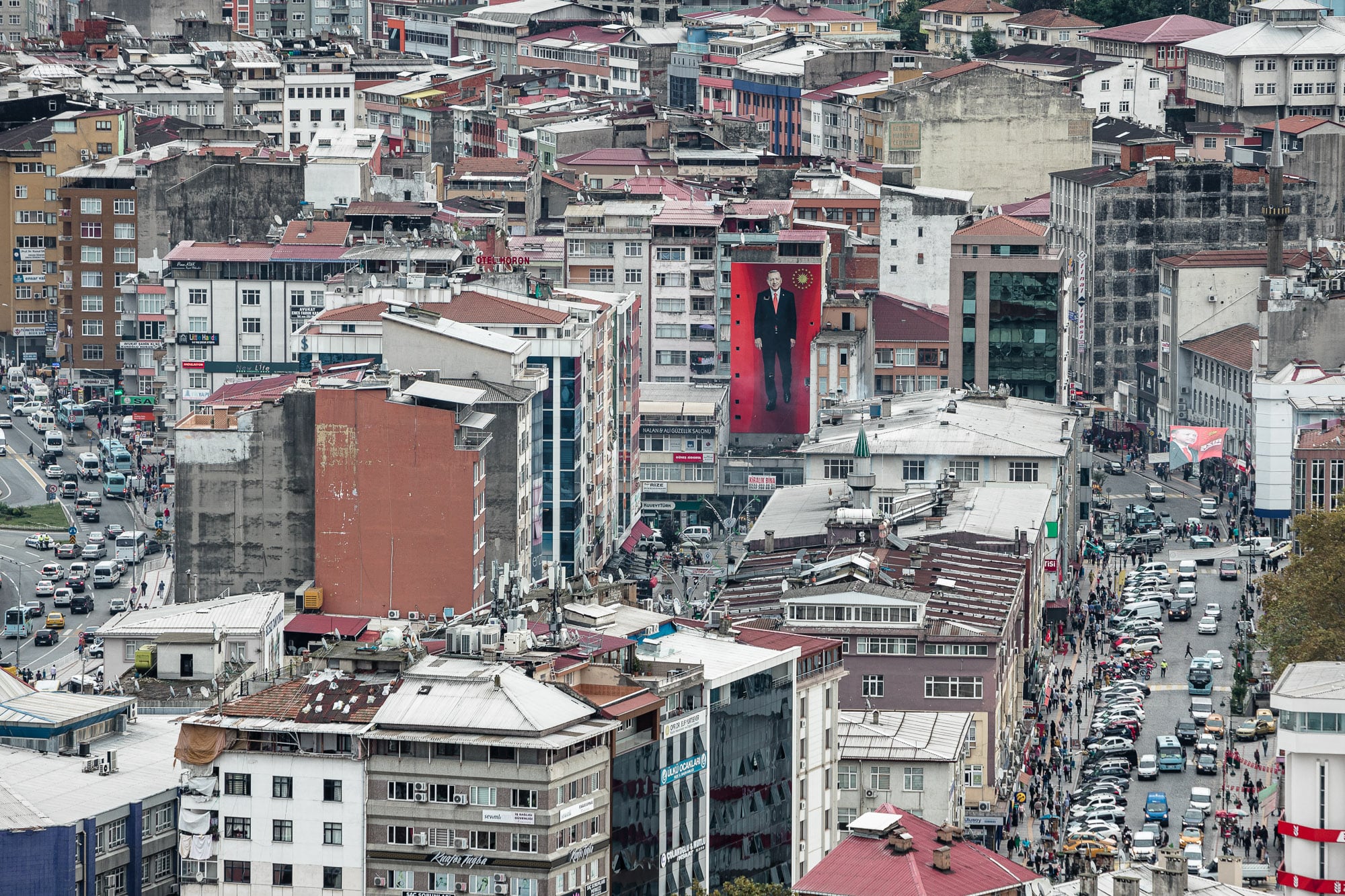 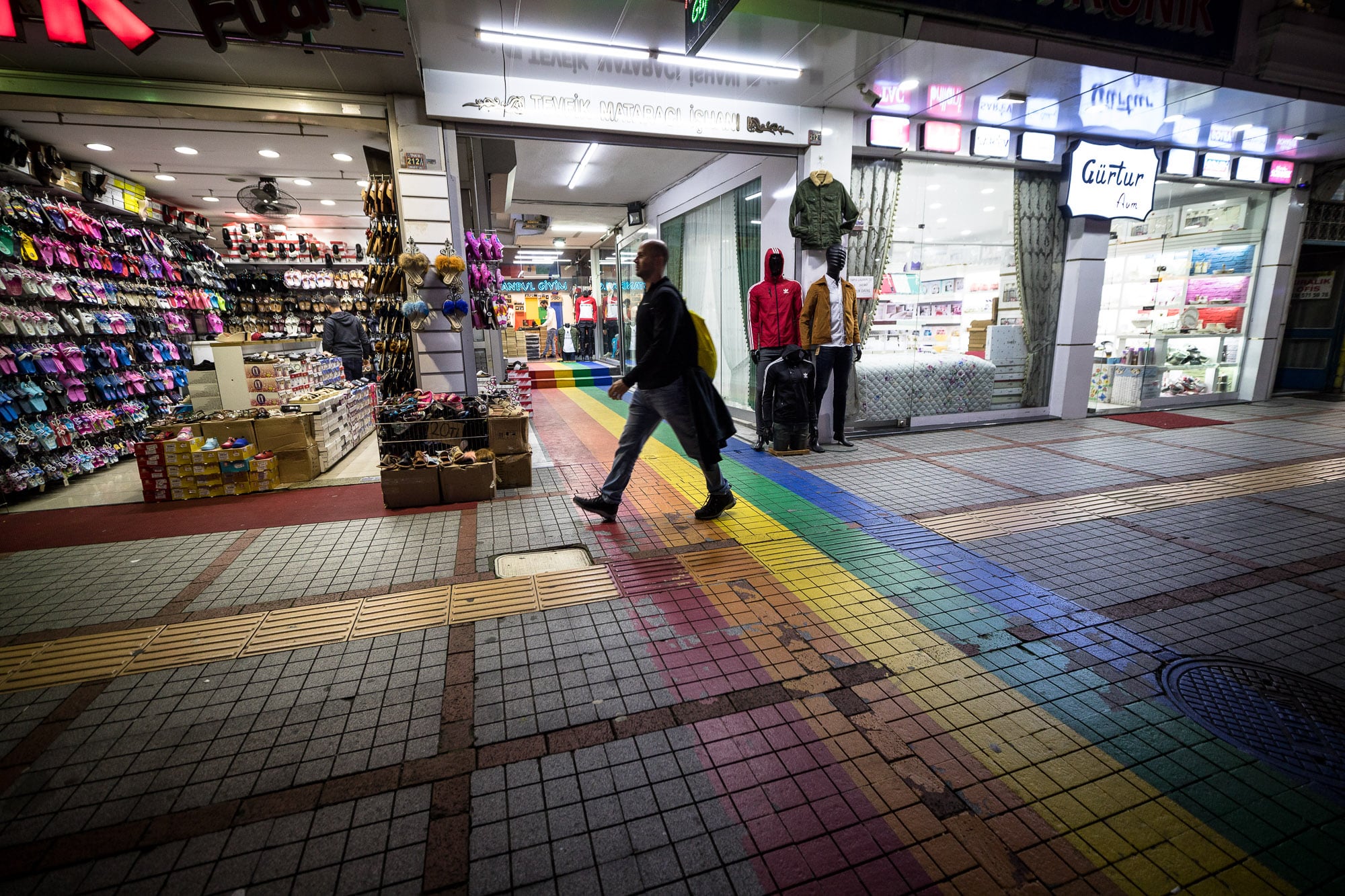