My first night at a camp ground is behind me. It felt like a caravanserai: campers herding their cars, motorcycles, and tents into little spaces, then hurrying off to use the restrooms or grab some food at a table in the center of the camp site.

The road is as narrow as it is busy. I cling to the shoulder, cursing the drivers who don’t leave enough space. One time, at a truck stop, I talk to a Kazakh truck driver. He has come from Almaty. I ask him how long it has taken him to get here. He thinks for a second, then he shakes his hand and says: about one week.

One week from Almaty to this place! I was in Almaty three years ago… Later I realize that I forgot to ask him if he went through Iran or if he took the ferry from Aktau to Alat, across the Caspian Sea from Kazakhstan to Azerbaijan.

The road stays unforgiving. Once I pass a large stadium and try to walk a little detour just to get away from traffic, but a guy stops his car and lets me in on a secret: the detour I want to take is under water. He points at his wheels – they are muddy all the way up to the mudguards.

So I turn around. And I continue walking along the highway. There is an amusement park, and I sit in the shade of its gate for a while. The park is closed during the day. The guard tells me they will open at six. I have a thing for deserted amusement parks. They terrify me.

Dutch and Leon show up. They are cousins, twelve years old, from Tbilisi. They have come with their grandmas. Nobody could have guessed the park would not be open during the day. So they wait for their amusement. 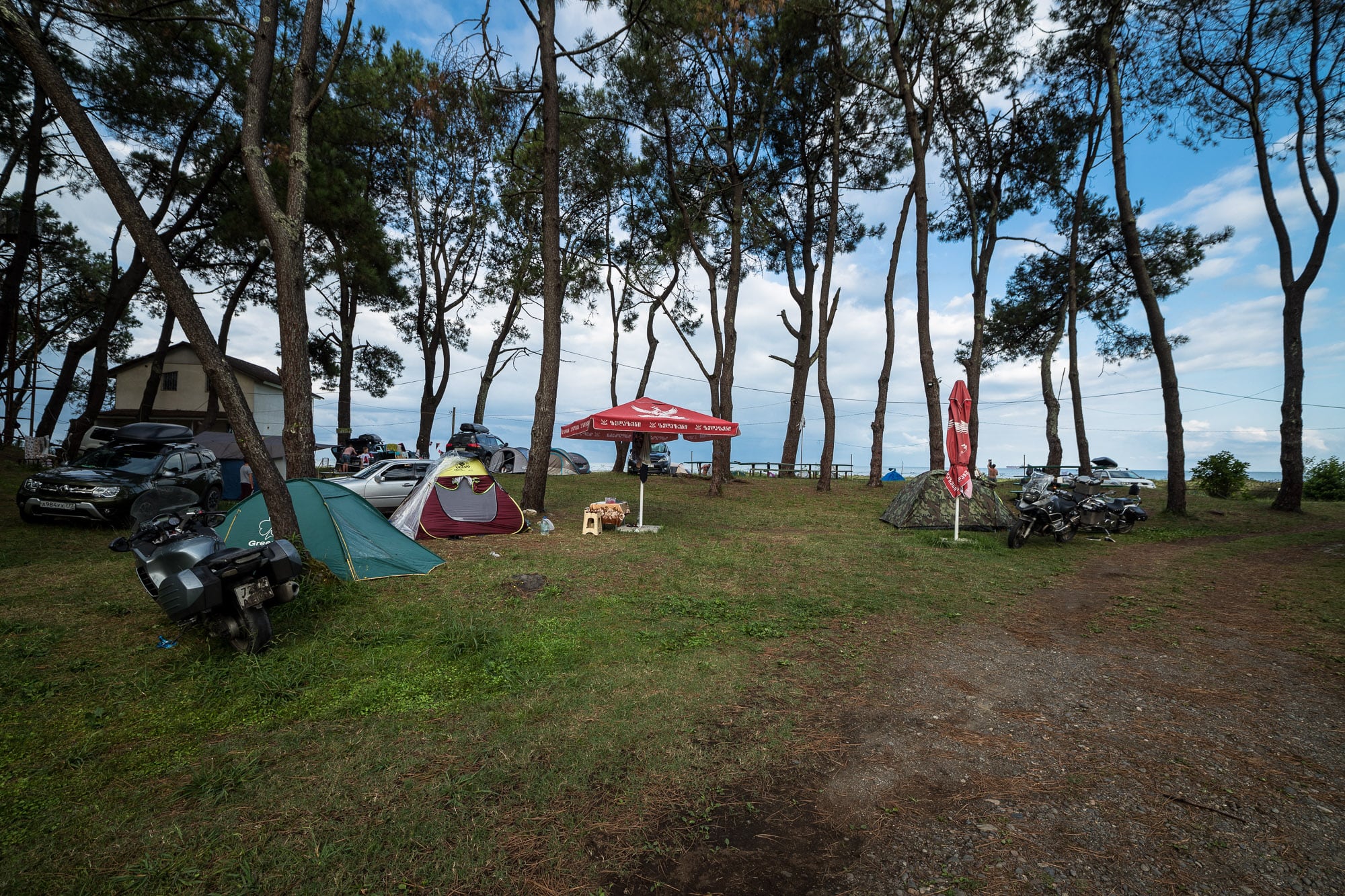 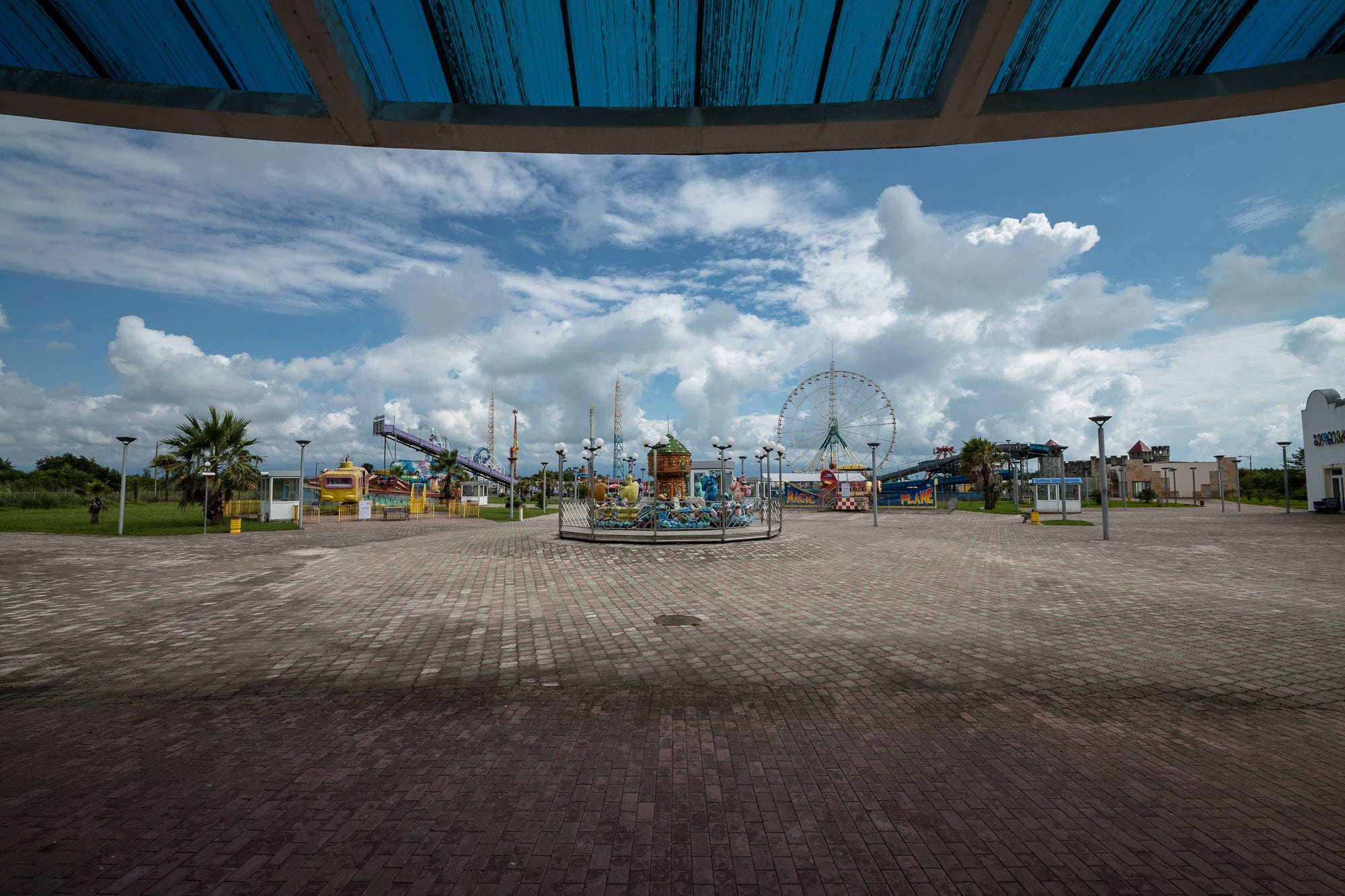 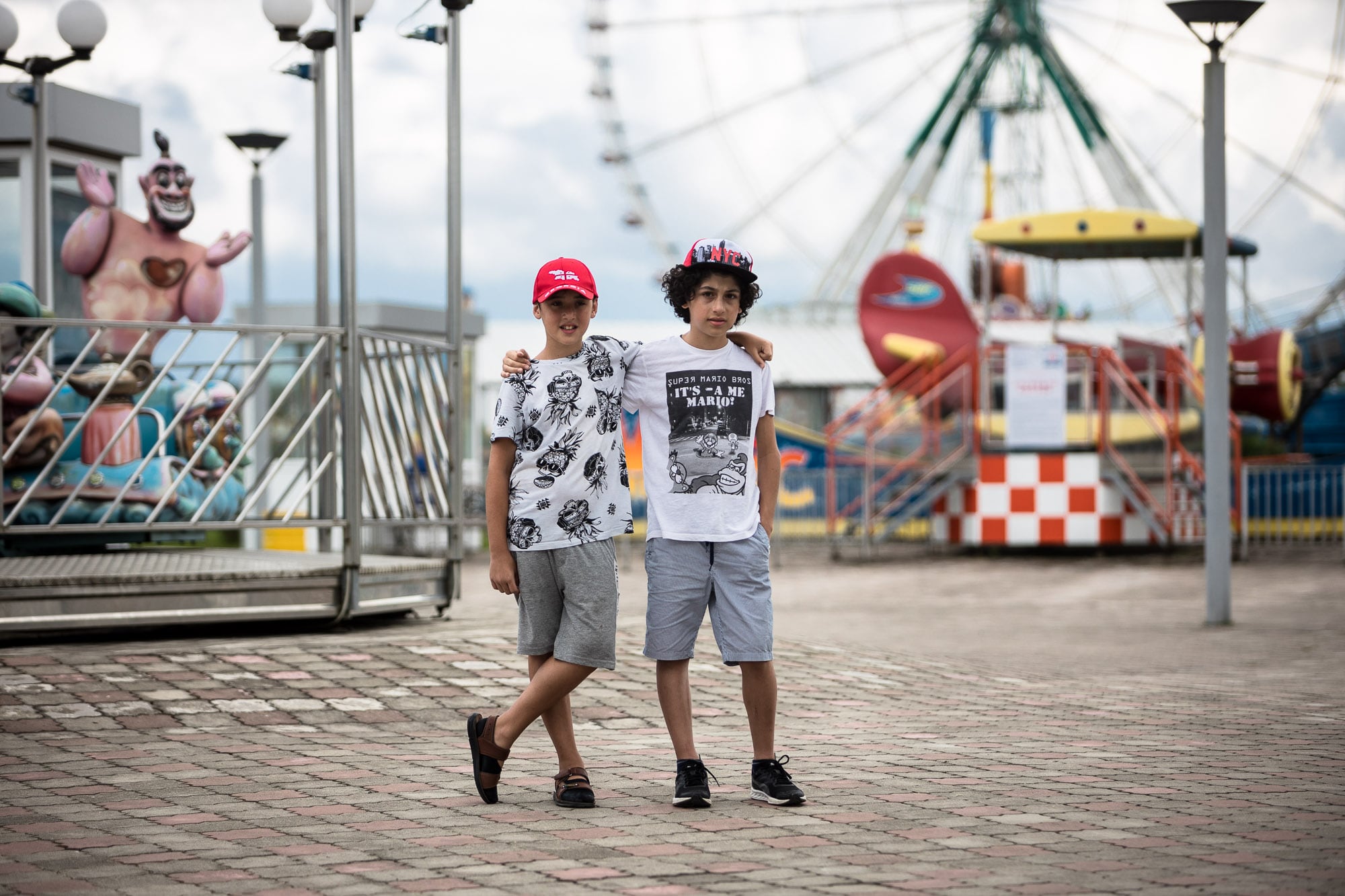 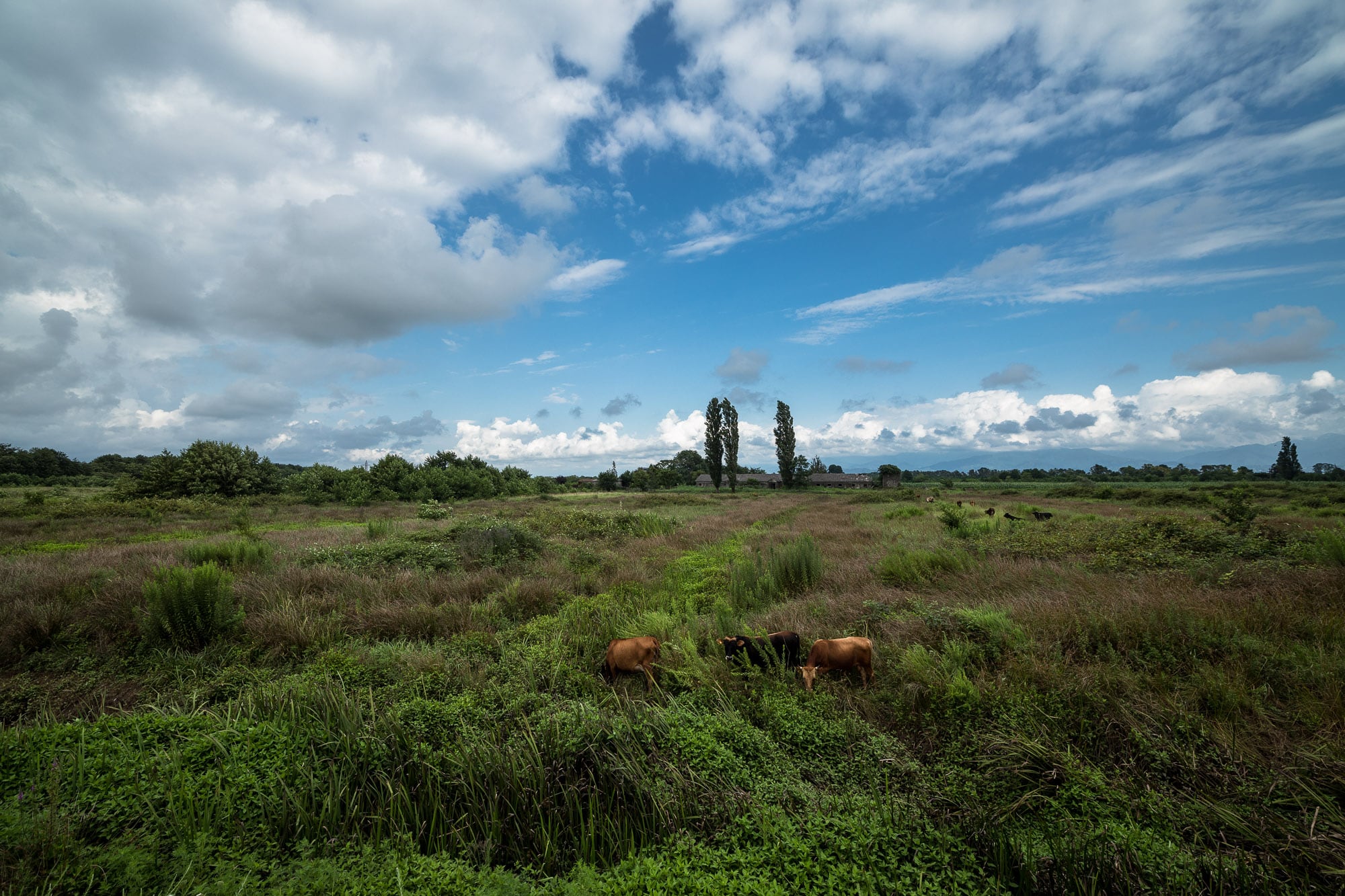 Day 1426
from Ureki to Kobuleti