Heavy rain woke me up in the middle of the night. When I went outside to check on the Caboose, I ran into the owner of the guesthouse. He mumbled that he was checking on something as well.

It continued to rain until late in the morning, then it died down. Loading up the Caboose felt the same as always, and yet it didn’t. Some items had gone. Some had come.

I had long forgotten what I looked like without the hair and the beard: 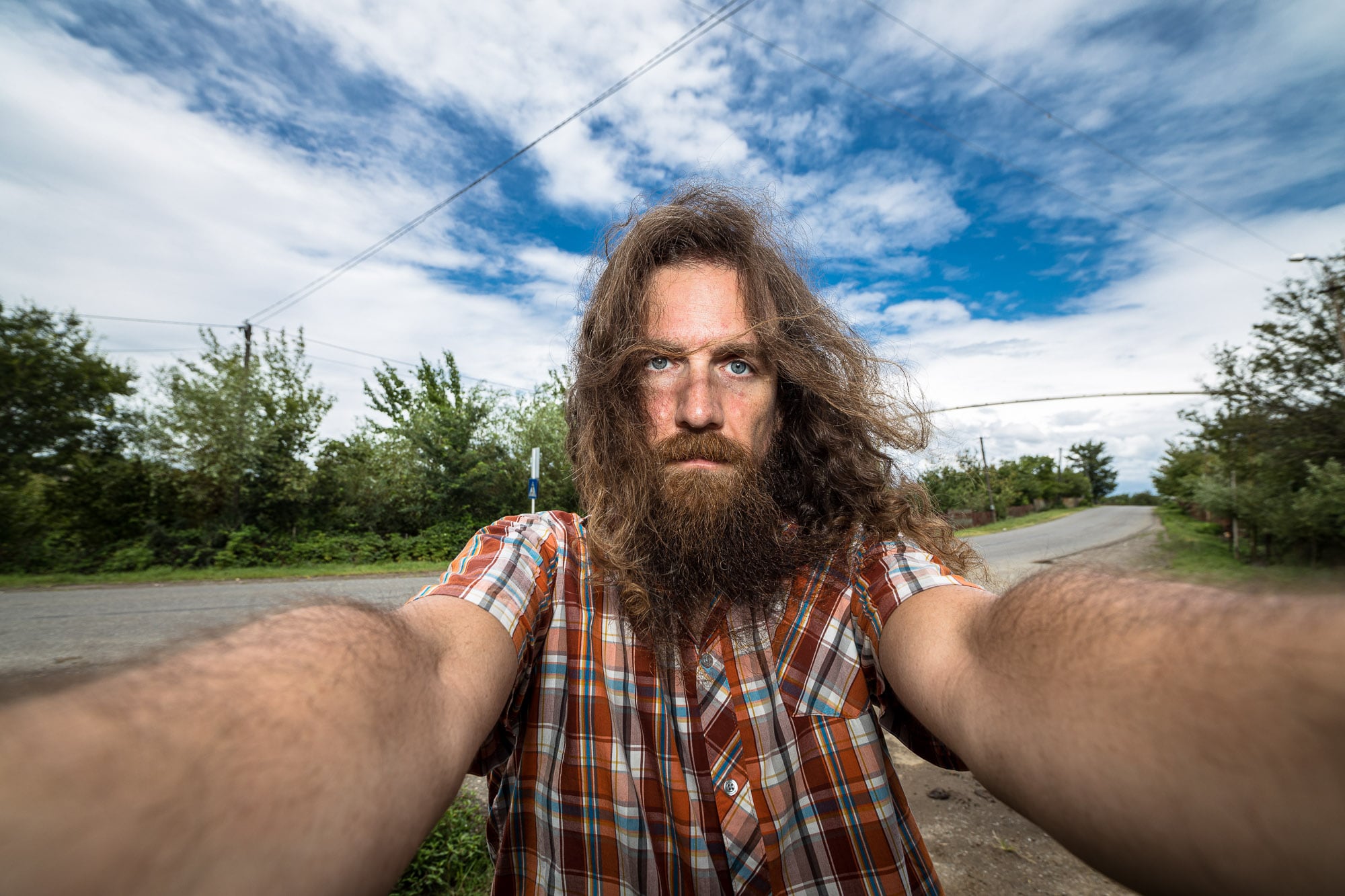 I left Baghdati under a changing sky. The road went up and down through the villages, and walking, too, felt the same yet different. 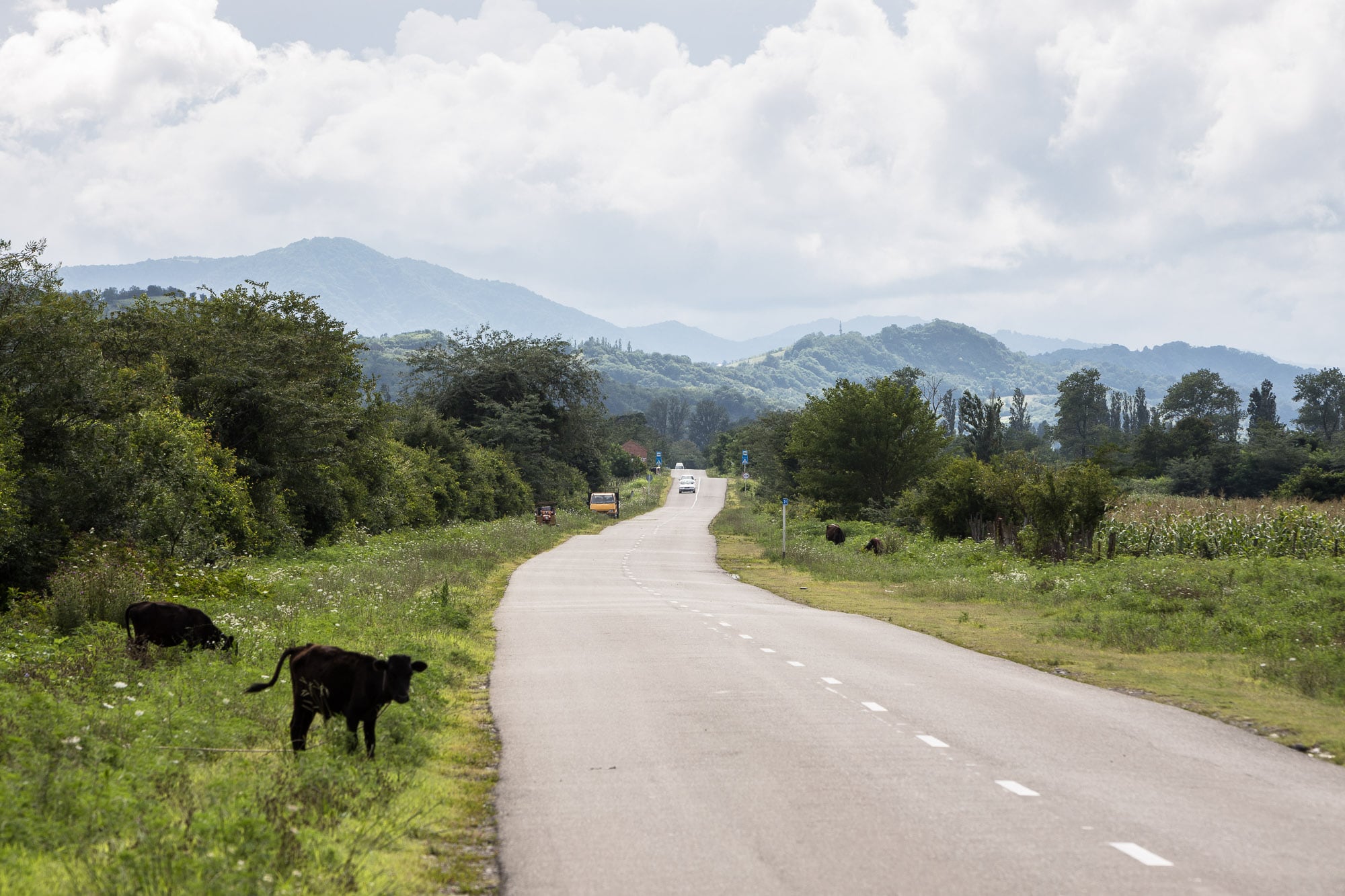 One thing that had not changed was the general friendliness of humans. As I was walking past his fruit stand, Makho stopped me and insisted I take a melon: 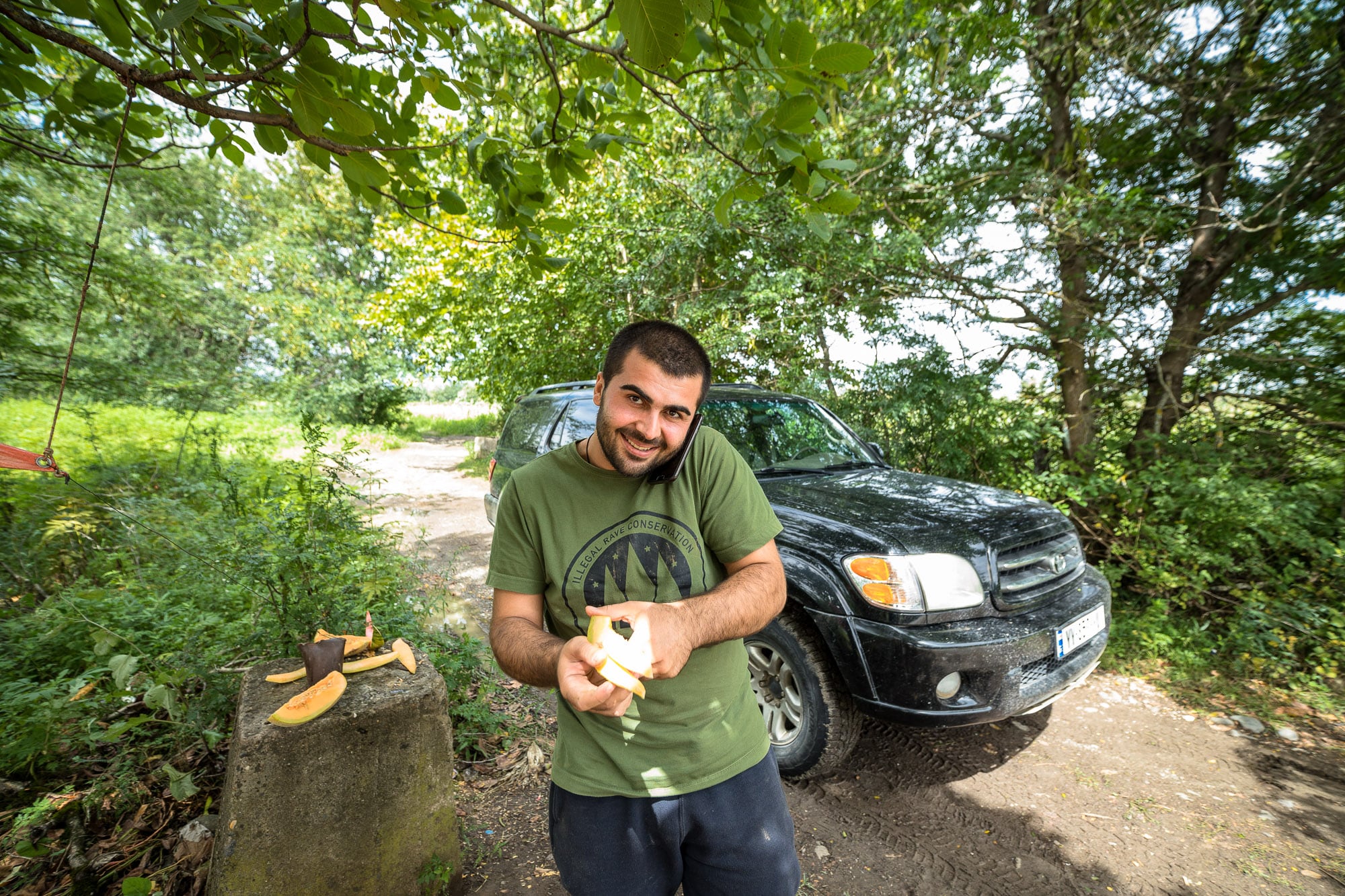 Such was good walking.

I mostly wandered through my memories, though.

There was a little creek next to the road. Sometimes I could hear little thuds made by animals leaping into the water. Probably frogs. The sound reminded me of the turtles diving into the water near the Caspian Sea in Iran. 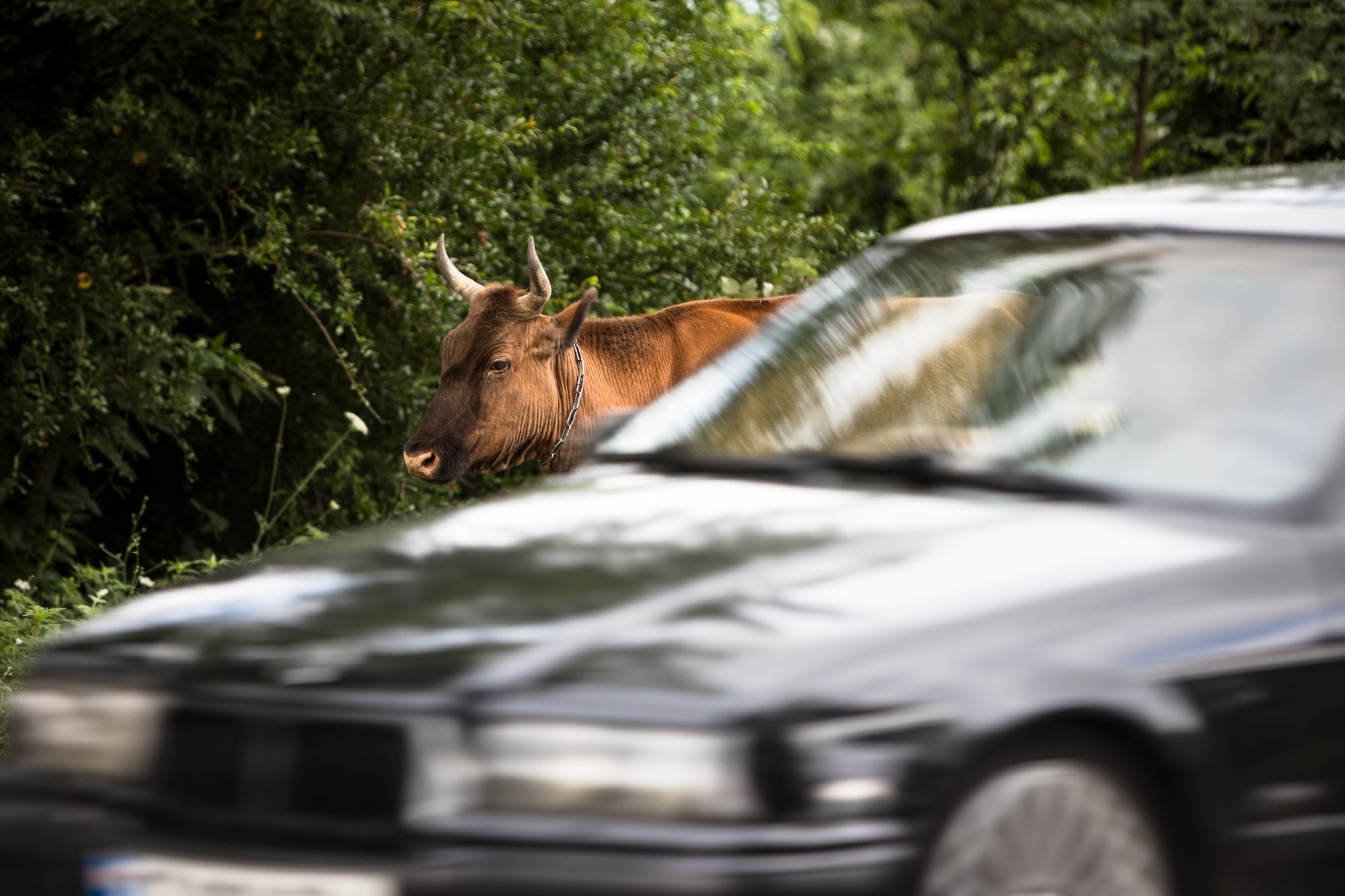 Look at you, you hurried little pig, I thought. 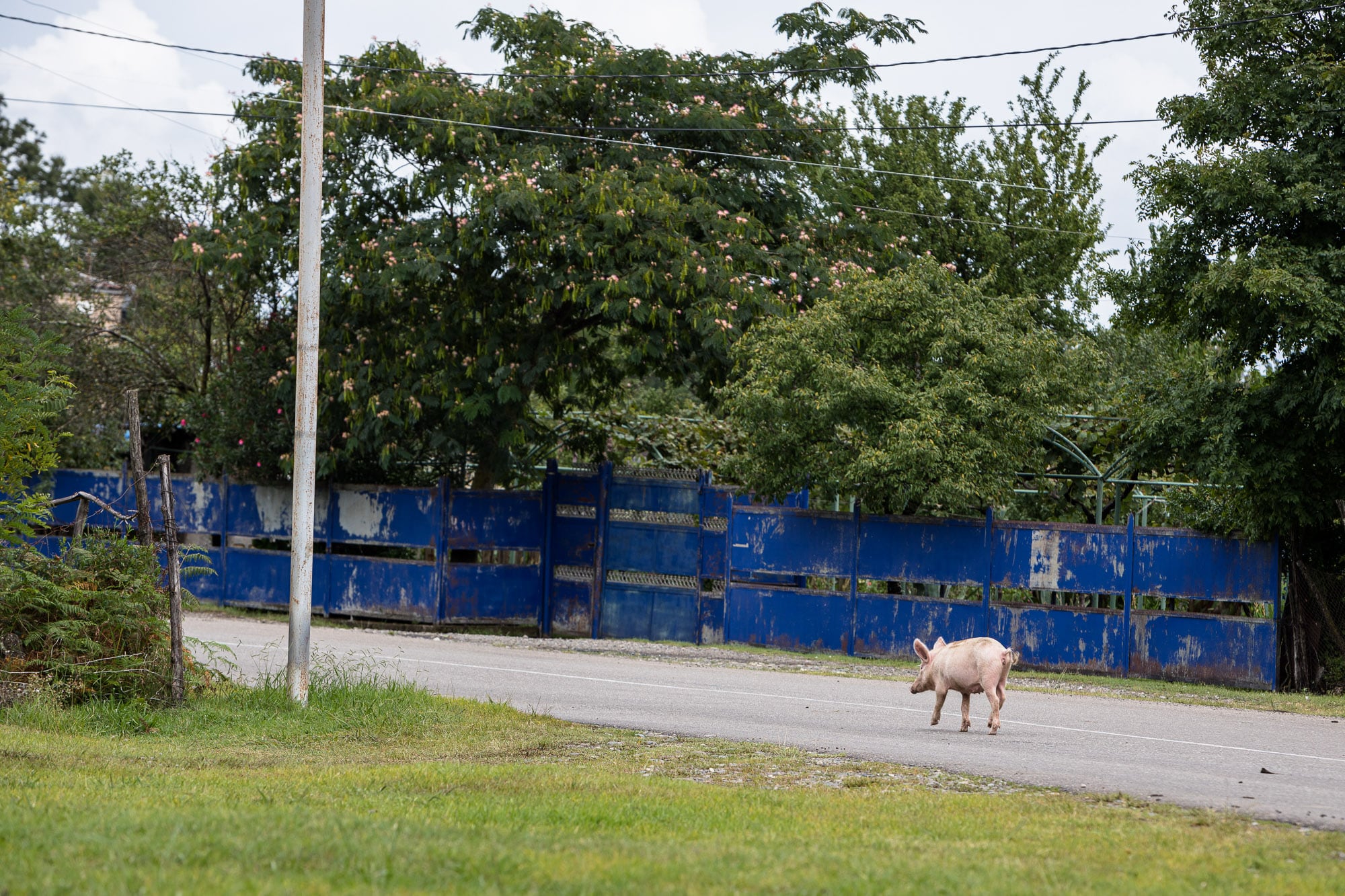 When I was here the last time you were probably still just a tiny piggie.

And look how big you are now.

Day 1421
from Baghdati to Vani