The city is as sleepy as a folk ballad. Maybe that is because of the heat. Or maybe it’s because Kutaisi isn’t the capital anymore. The last time it played that role was 900 years ago. 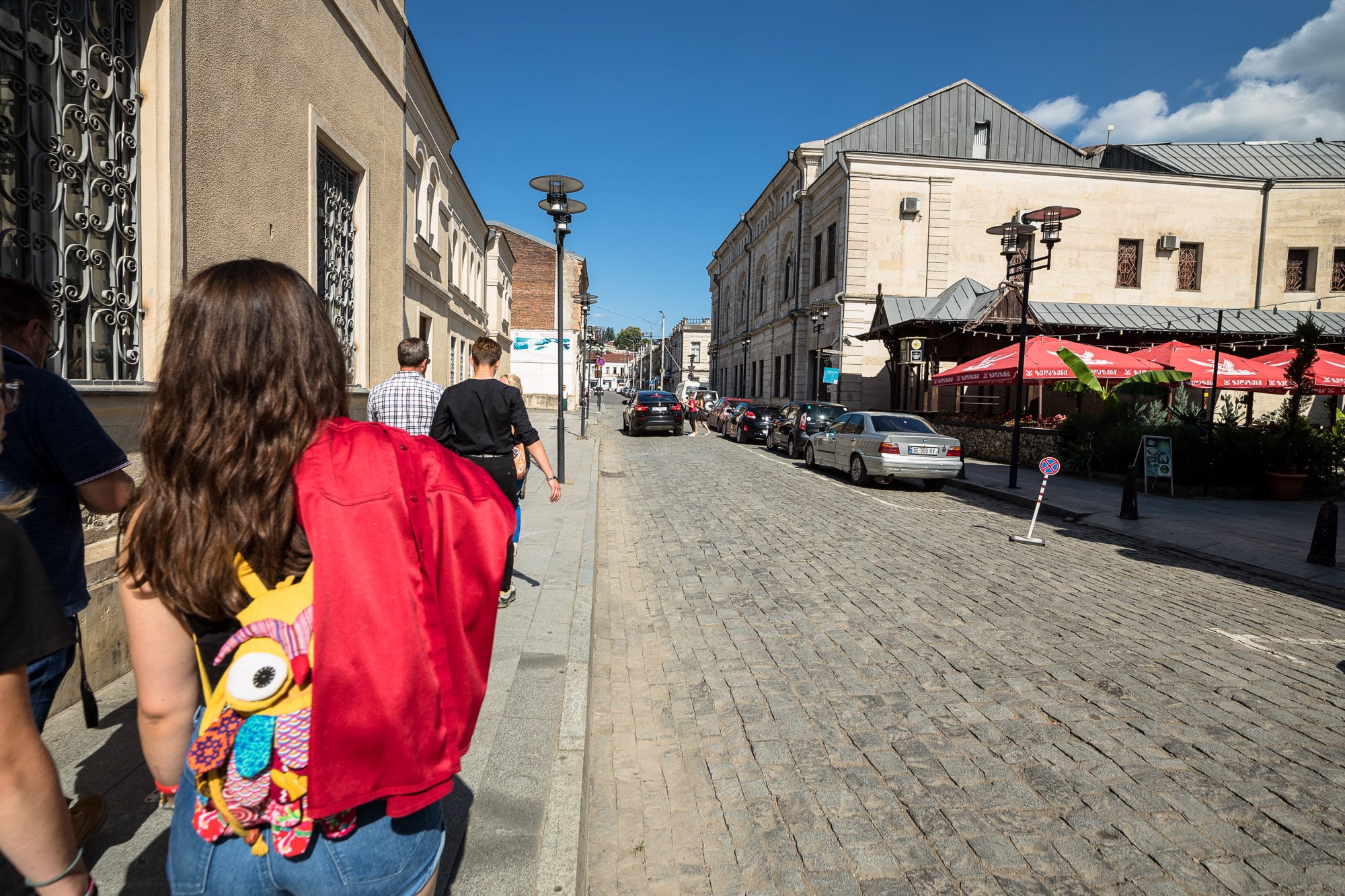 There is a monastery called Gelati on a hill nearby. It was built during a time when Kutaisi was still the capital, and today it is full of visitors and wedding parties. 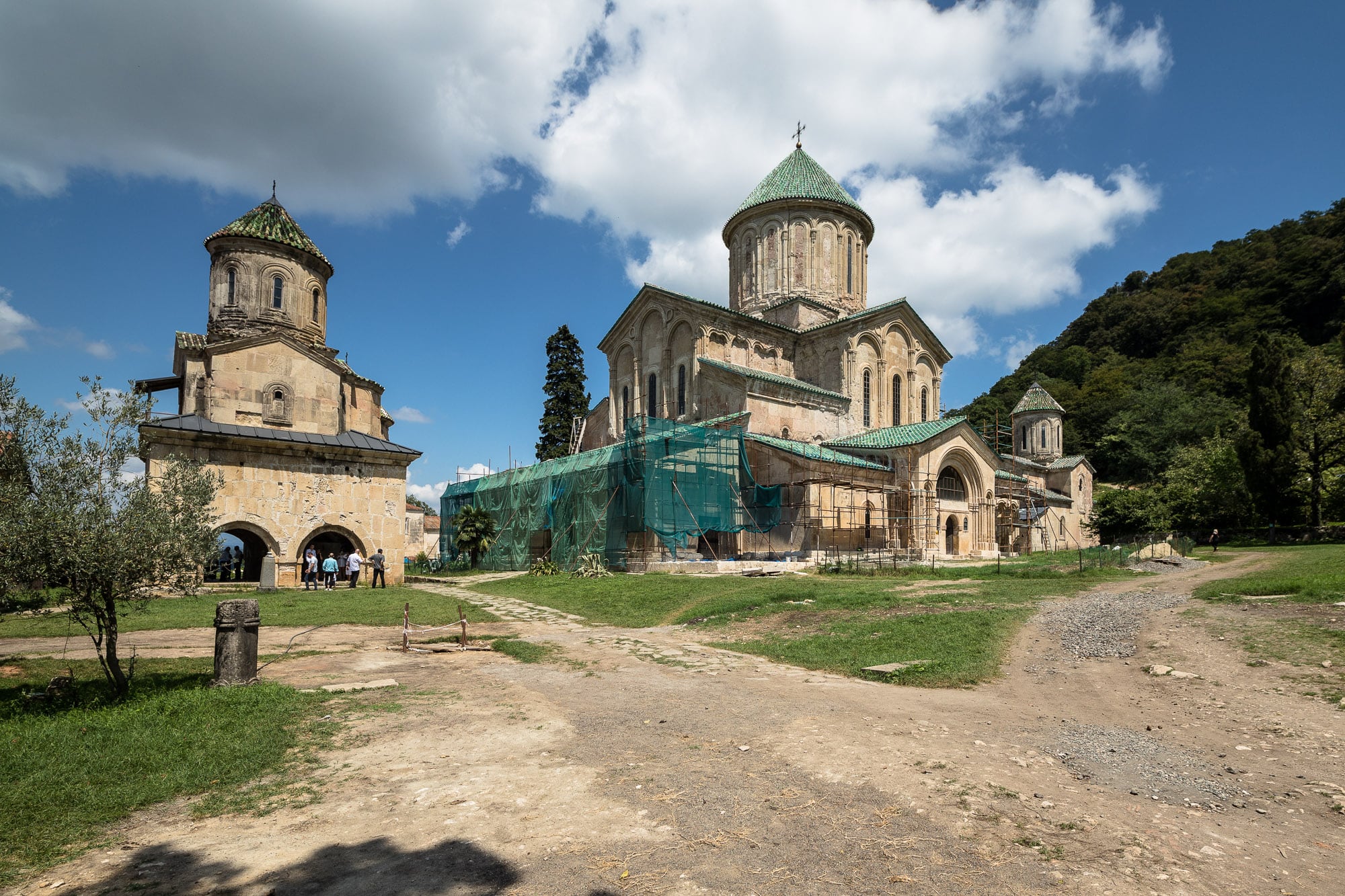 In Georgia, women are generally expected to cover their hair before entering religious buildings, but wedding guests seem to be exempt from this rule. I see high heels and short skirts and bare shoulders and flowing hair wherever I look. It’s hard to focus on the frescoes on the walls. 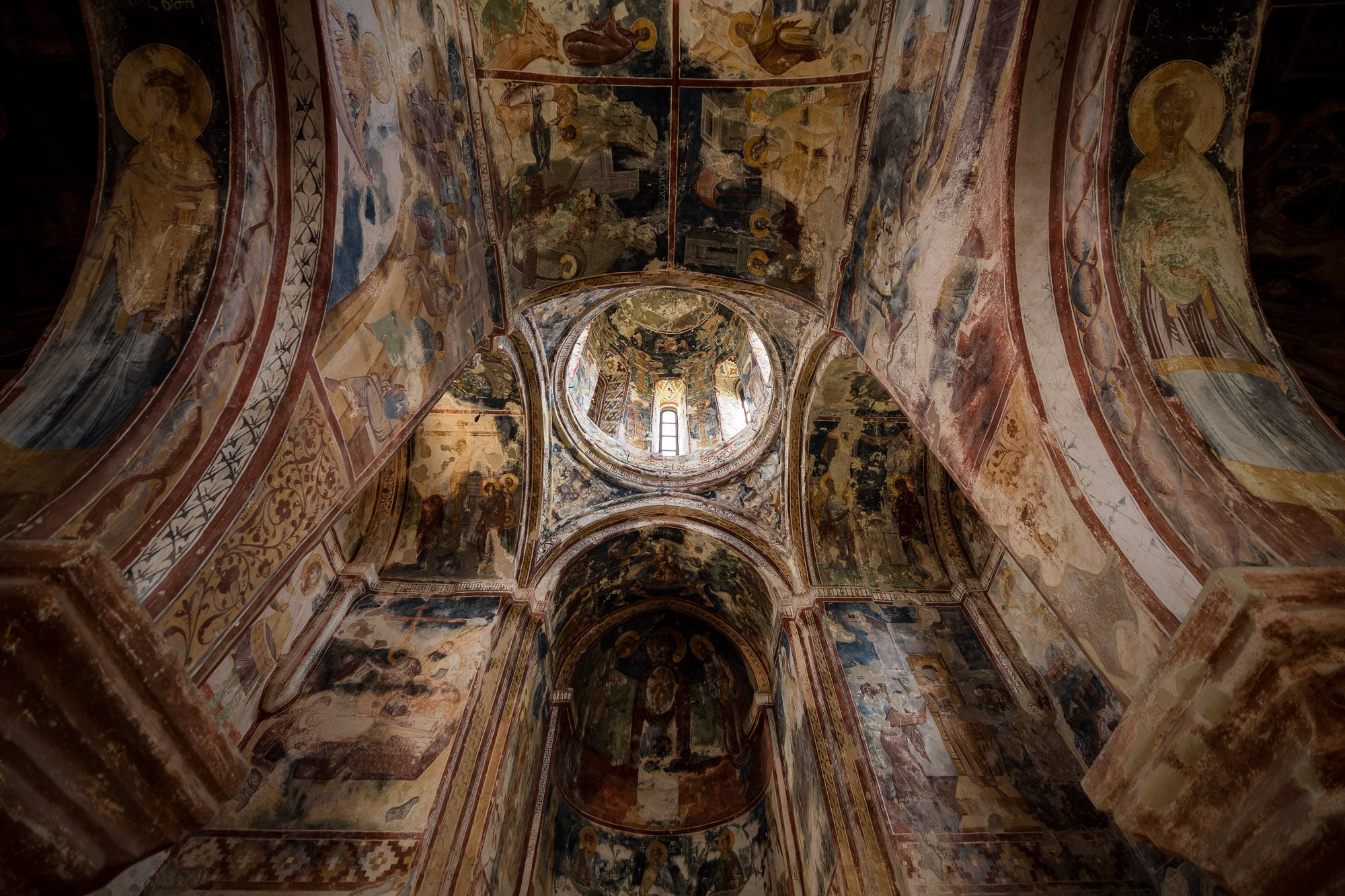 Many of the the artworks seem to have been deliberately destroyed anyway.

I wonder by whom.

There is a cathedral that was also built during the more glorious days of Kutaisi. It’s called Bagrati, and it almost completely collapsed over the course of the centuries. Then an Italian architect was hired to restore it. He apparently decided he didn’t want to just make the church look complete again. Instead, he wanted to create something bold that was going to combine the old with the new. 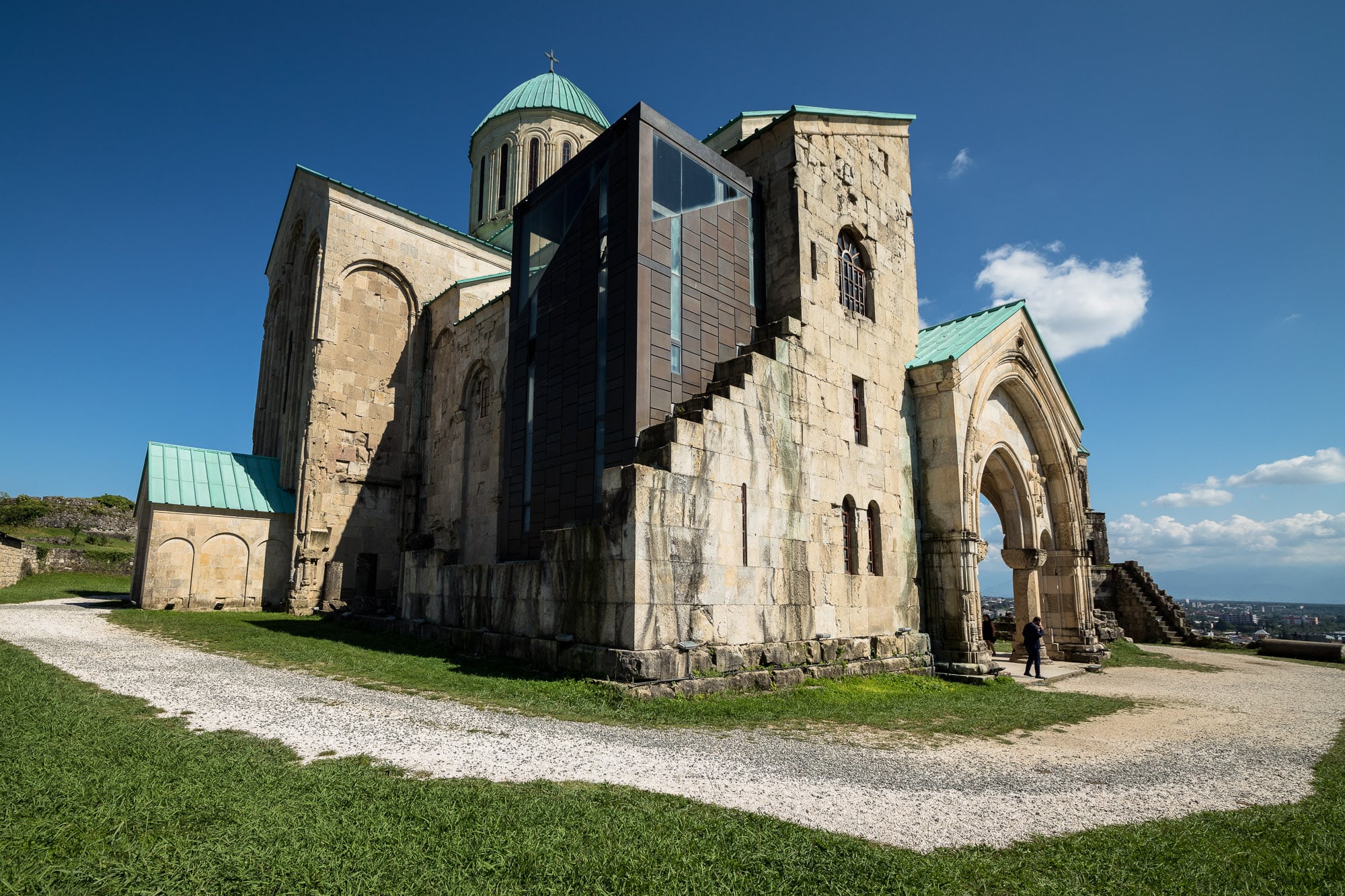 It reminded me vaguely of Ieoh Ming Pei’s work. Vaguely.

The local population apparently wasn’t too thrilled about it. And UNESCO wasn’t, either. They took away the building’s World Heritage status.

One more thing lost by a town that was once the capital.