He is eight now, he wears glasses, and he is a rather bouncy person. I mean he likes to bounce around. In his room. In the hallway. In his car seat. 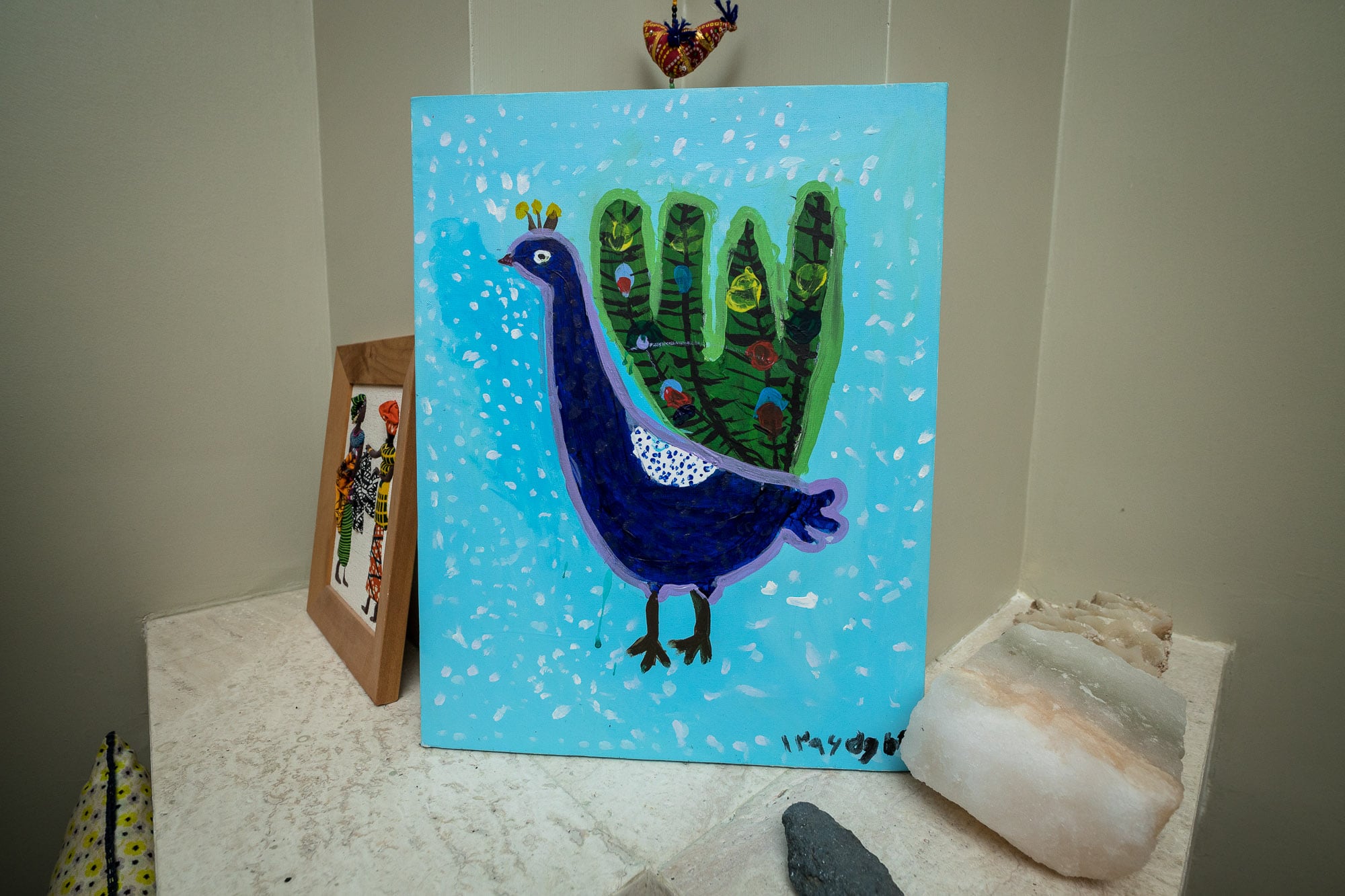 Recently his mom gave him a little microphone with a built-in speaker that can amplify and add distortion effects to one’s voice. She says it was a big mistake to give him this thing. 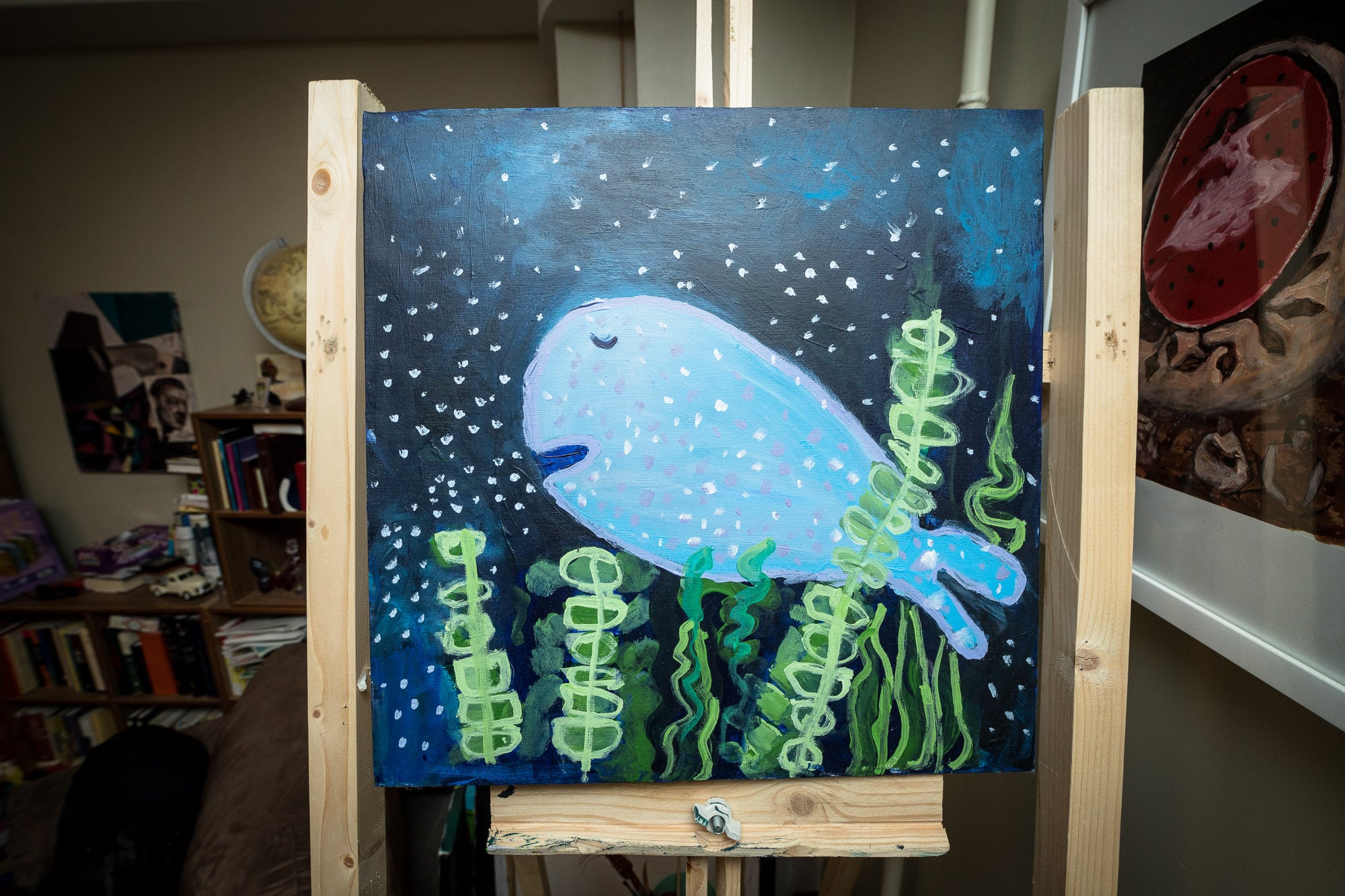 It’s not as if his own voice wasn’t loud enough. He can interrupt any conversation at any given point, simply by the power of his pitch and volume. 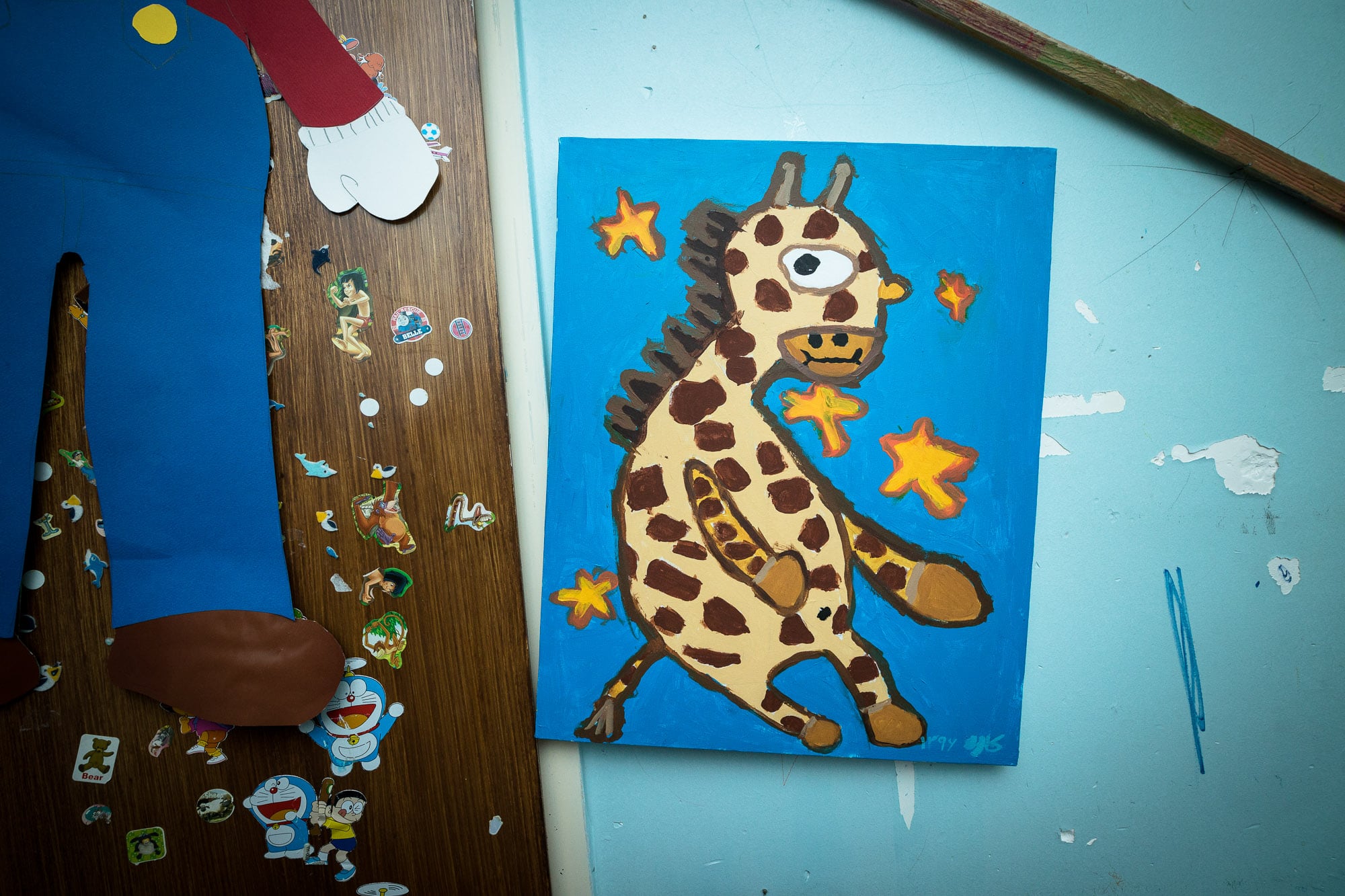 But to me he doesn’t seem like a noisy kid. When I see him do something and then immediately glance at his mom from behind his glasses, I wonder if he isn’t really just a quiet kid pretending to be noisy. 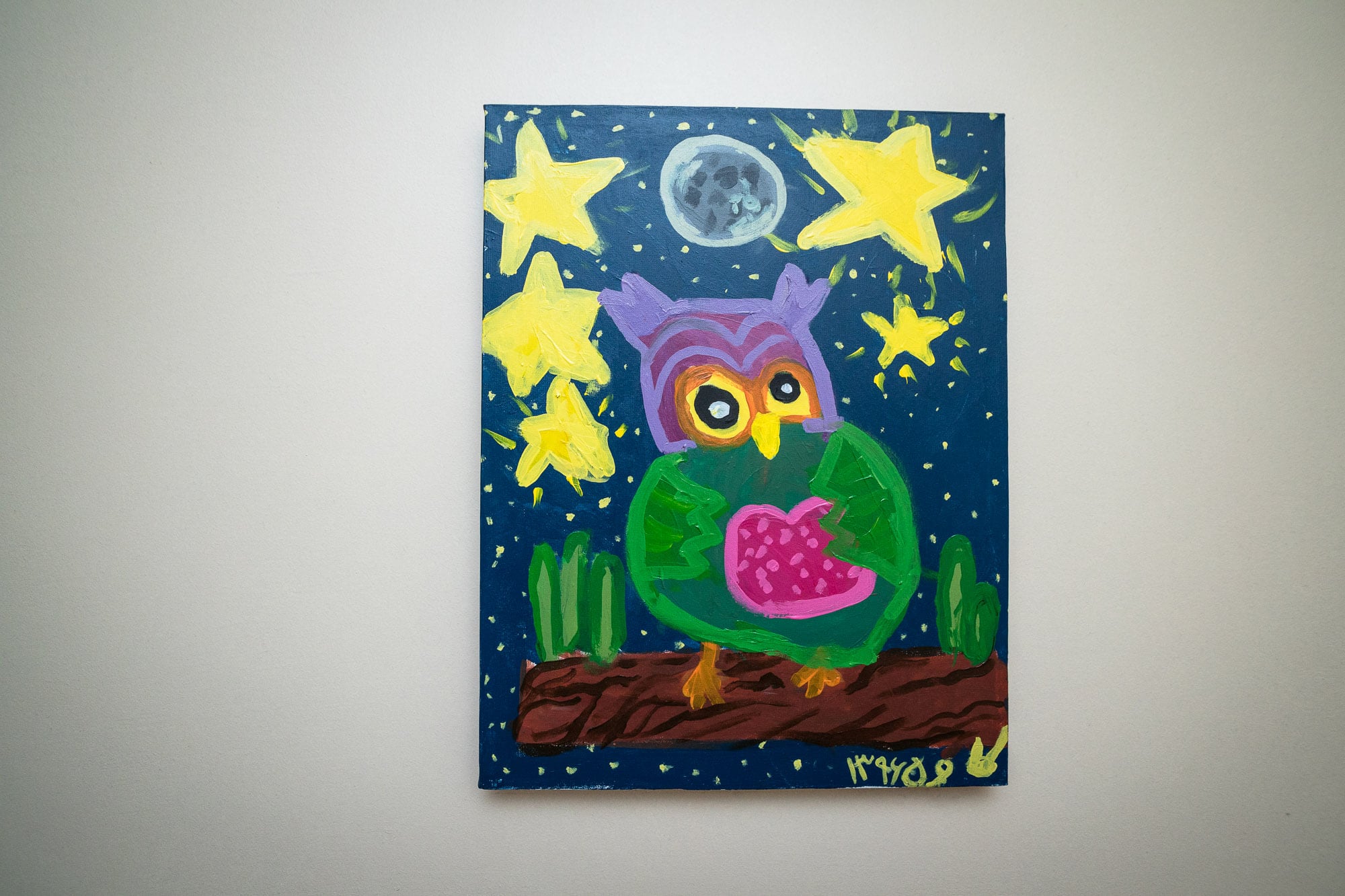 He loves to paint. He brings his paintings home from school (the teachers help him with them), or sometimes he paints at home. It is said that he concentrates and moves quickly when he is working on his paintings. 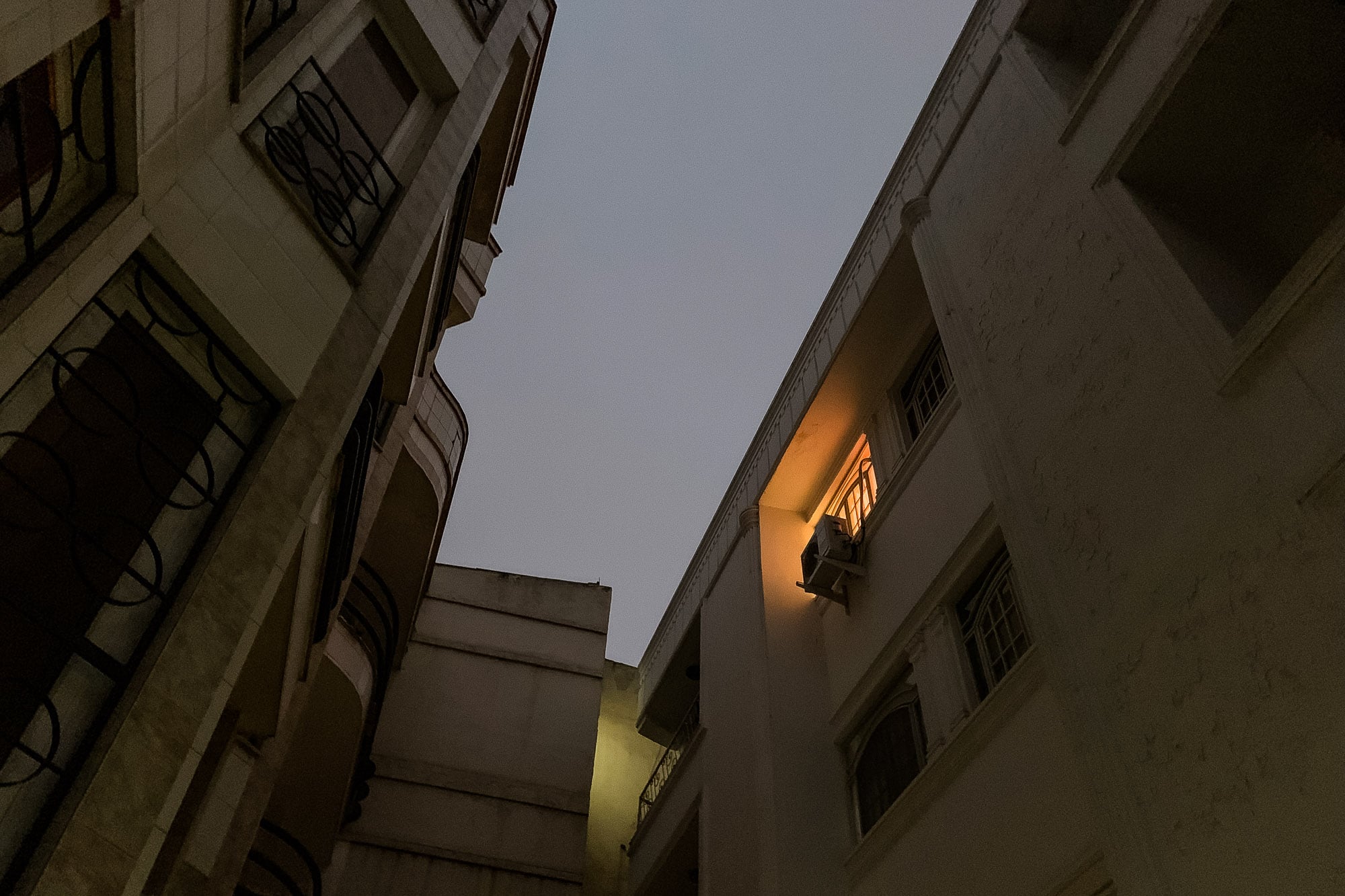 Quiet, friendly creatures on canvas, not making a sound.