The way to the lagoon leads past two old men with scruffy beards and soft smiles. They are leaning out of the gate of their house near the water, and if you know someone who knows them well then they might just hand you a bottle of something that looks like water.

There is more water under our boat. 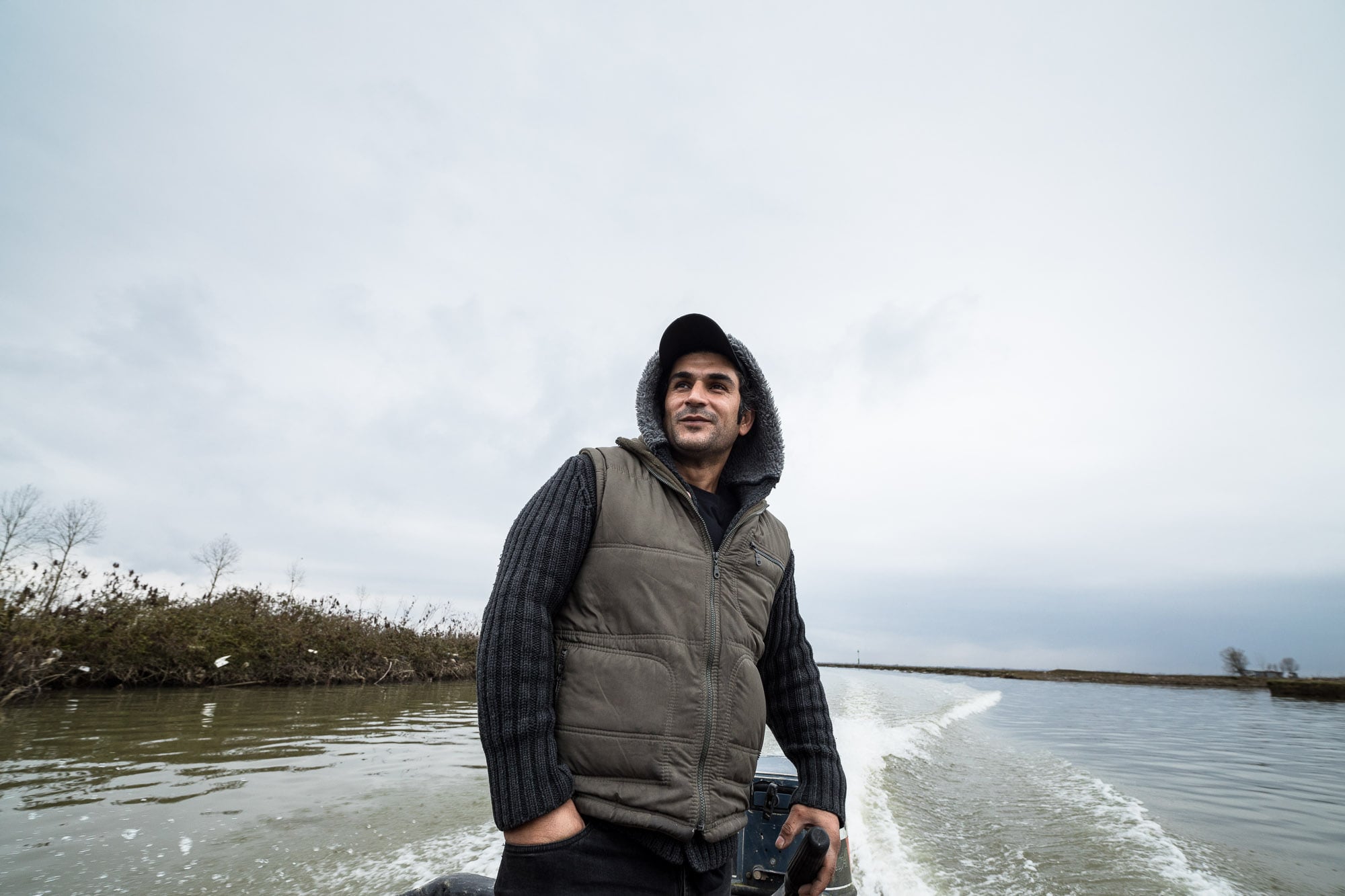 We are zooming across the lagoon. I see reeds; fields and steppes and flatlands of reeds. I also see trash, mostly plastic bags that got caught in the reeds. The water has a depth of about one meter, but there are areas that are barely deep enough for our boat. 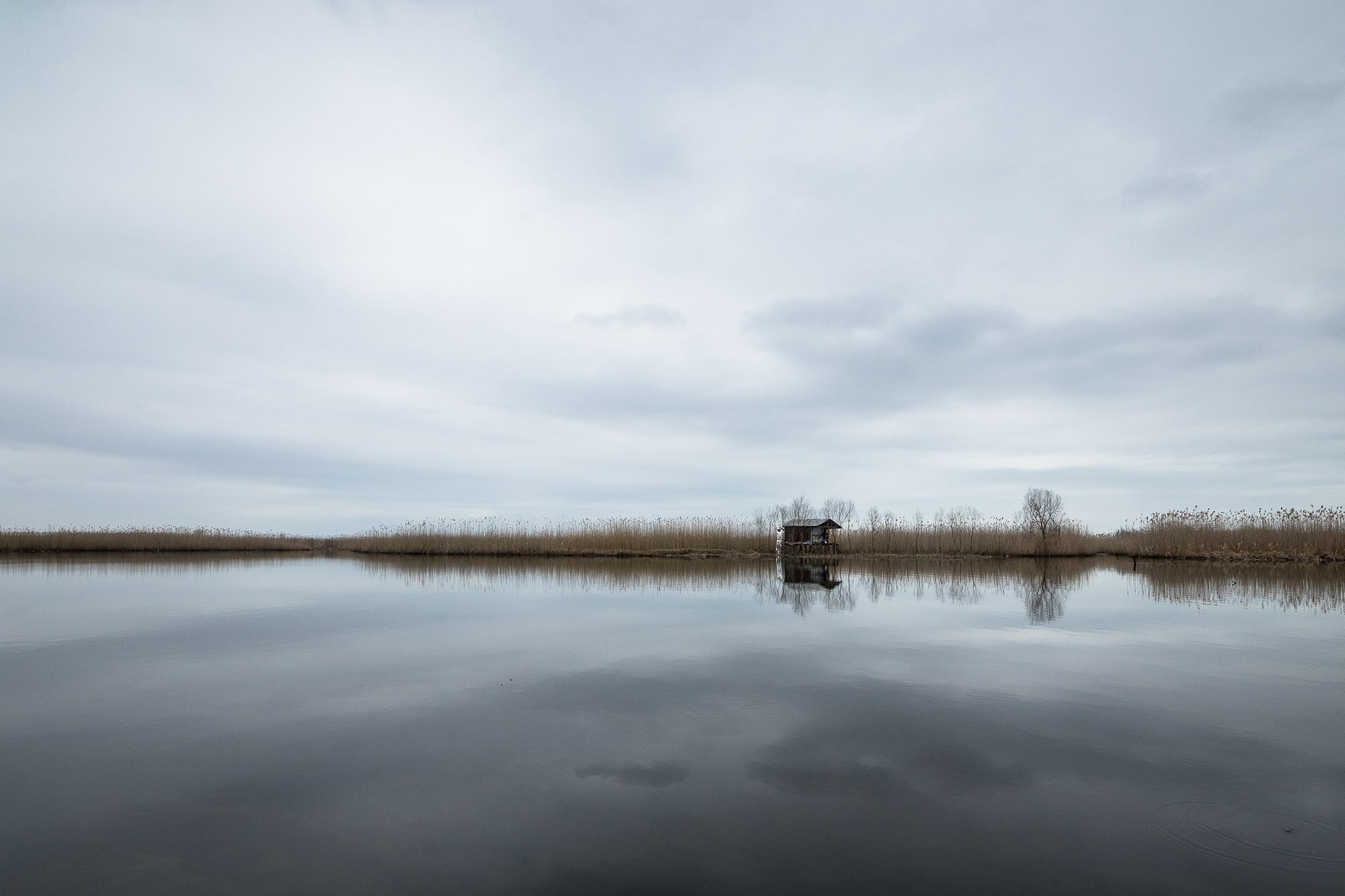 There are areas where we can’t allow ourselves to slow down because that would mean getting the boat entangled in underwater plants.

There are areas that have permanently risen out of the water, and cows and horses are now grazing on them.

The lagoon is shrinking. Somehow a barrier was constructed between it and the Caspian Sea. This turned out to be a bad idea. The pollution and the changing climate are delivering the final blows.

We land at a wooden cabin. Two dogs are there. 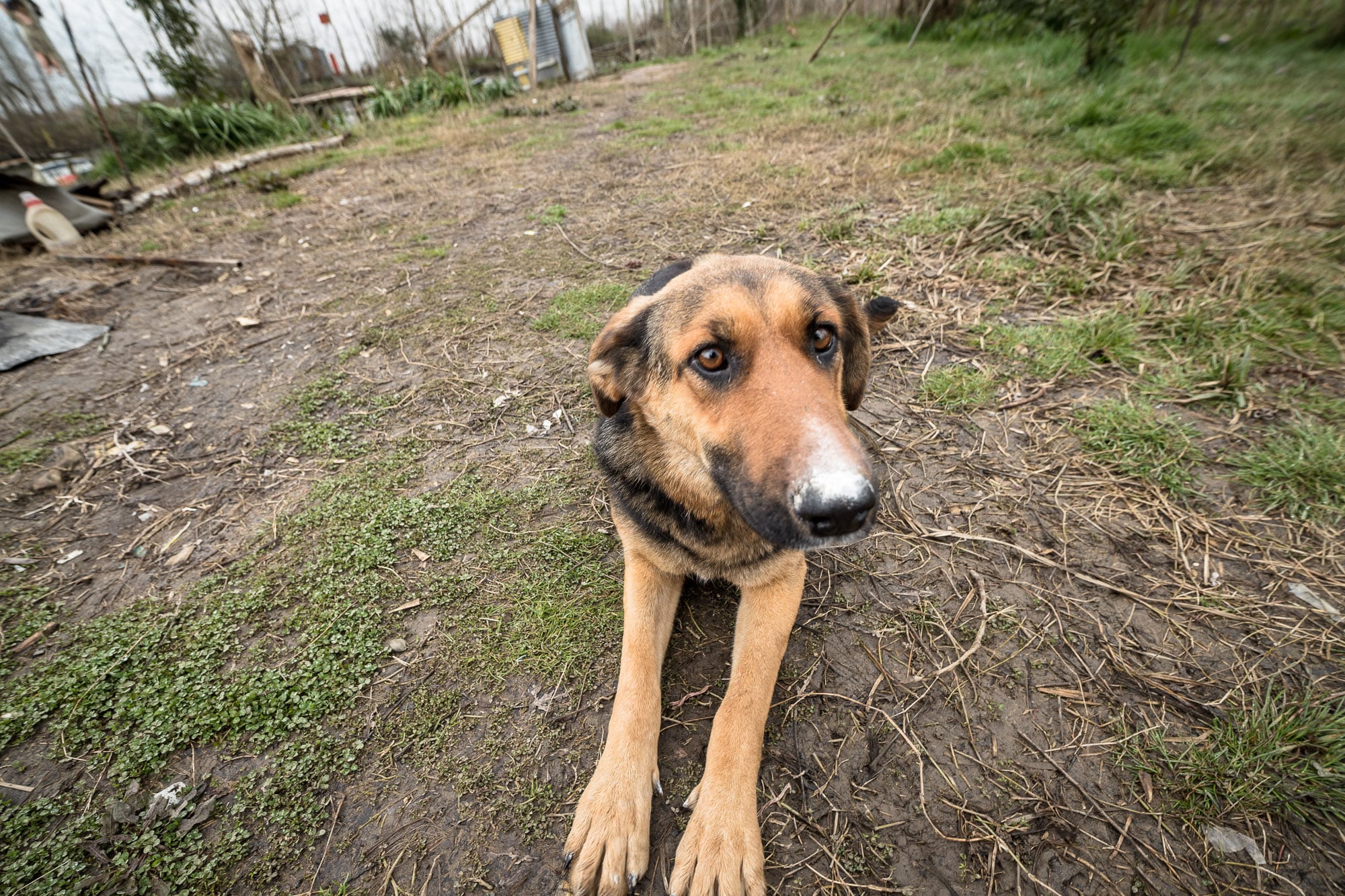 And it looks as if they have been waiting for us. Maybe they know that a barbecue might mean some leftovers for them. 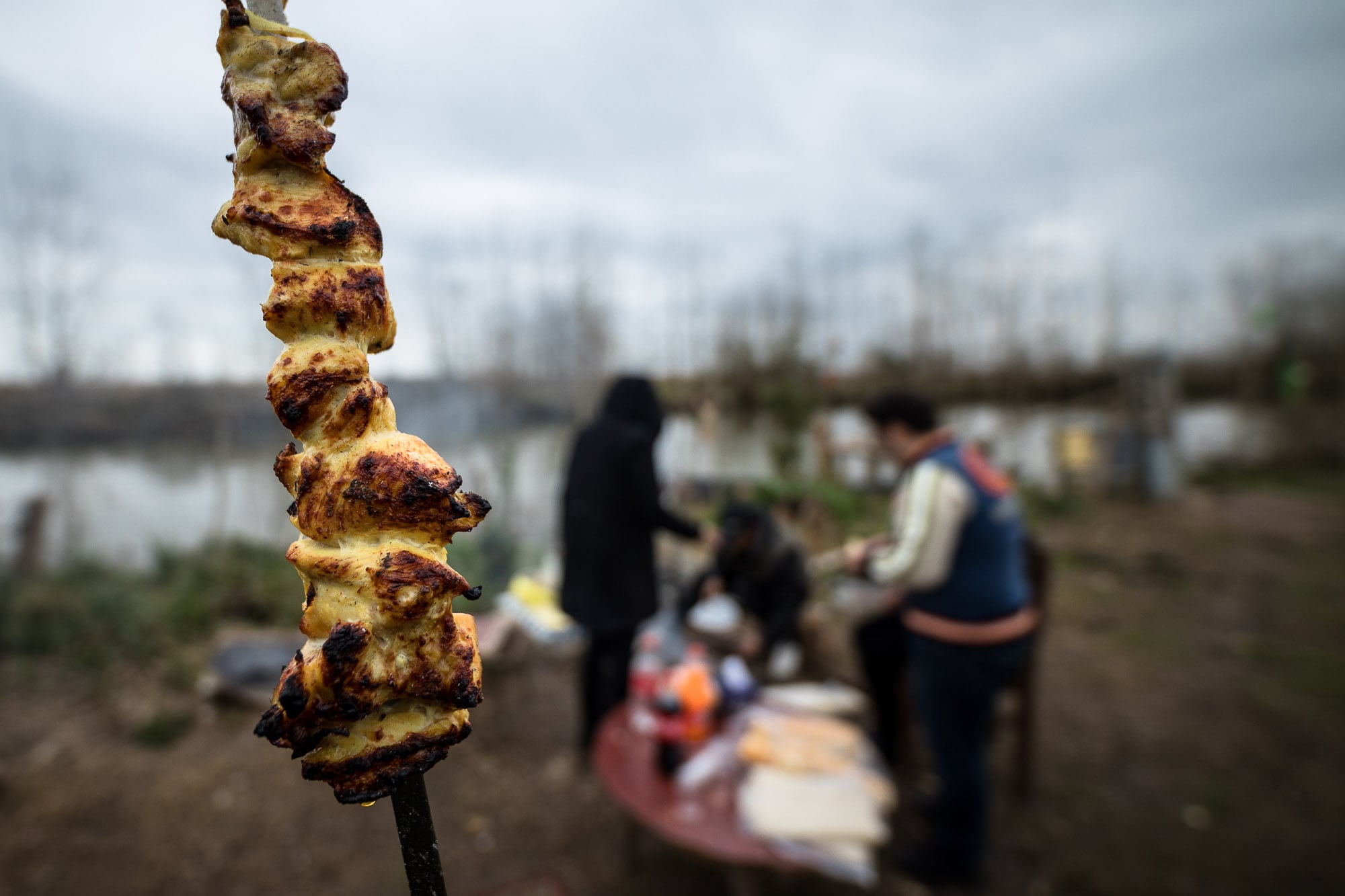 Every once in a while a tourist boat roars by. The boats of the fishermen are much slower, just like their business. 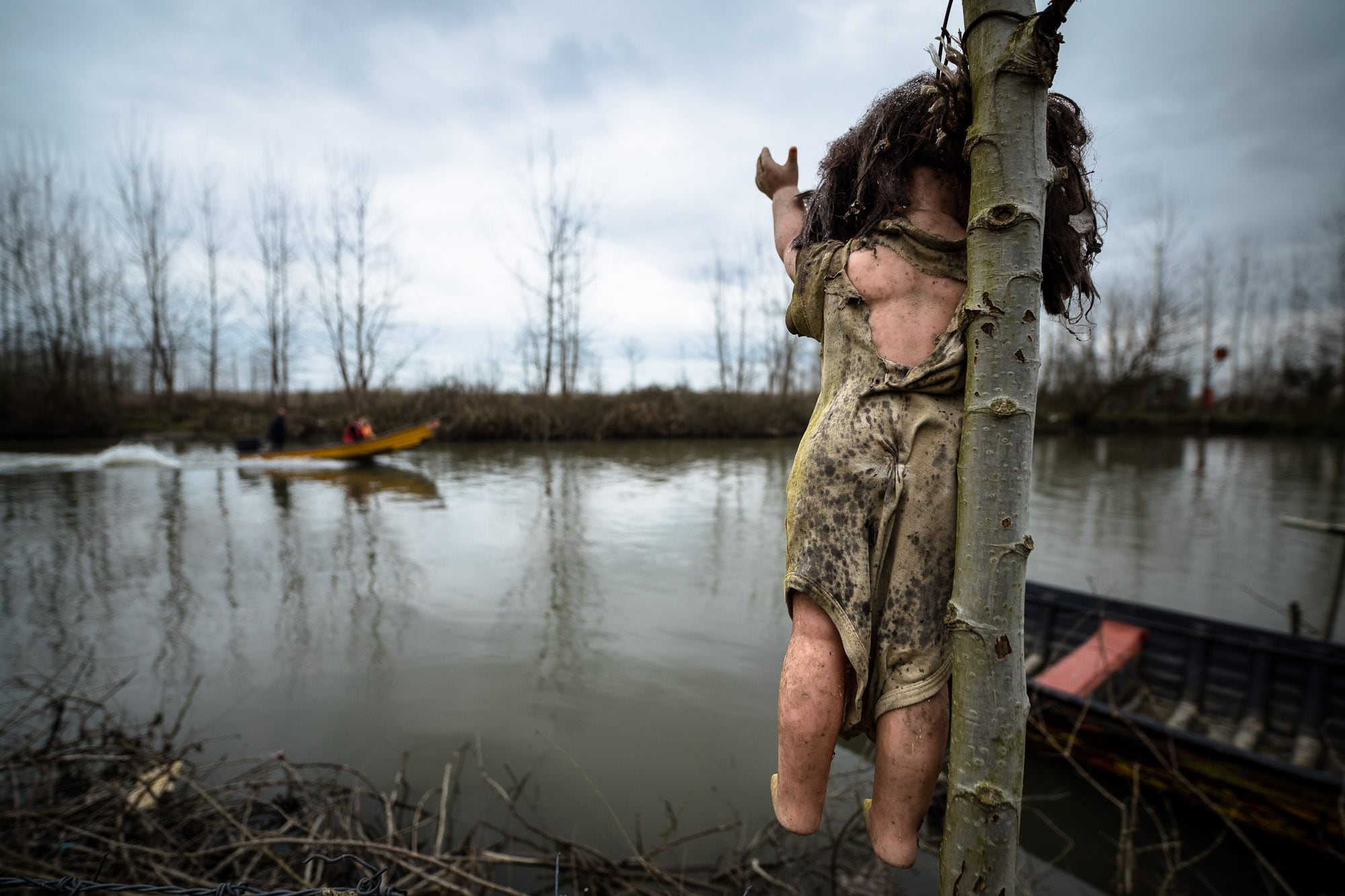 A shrinking lagoon leads to a declining fish population. This should mean less fishing, but ironically it doesn’t. The tourism industry collapsed after the revolution and has never fully recovered. For many people there was nothing left but to come to the lagoon. 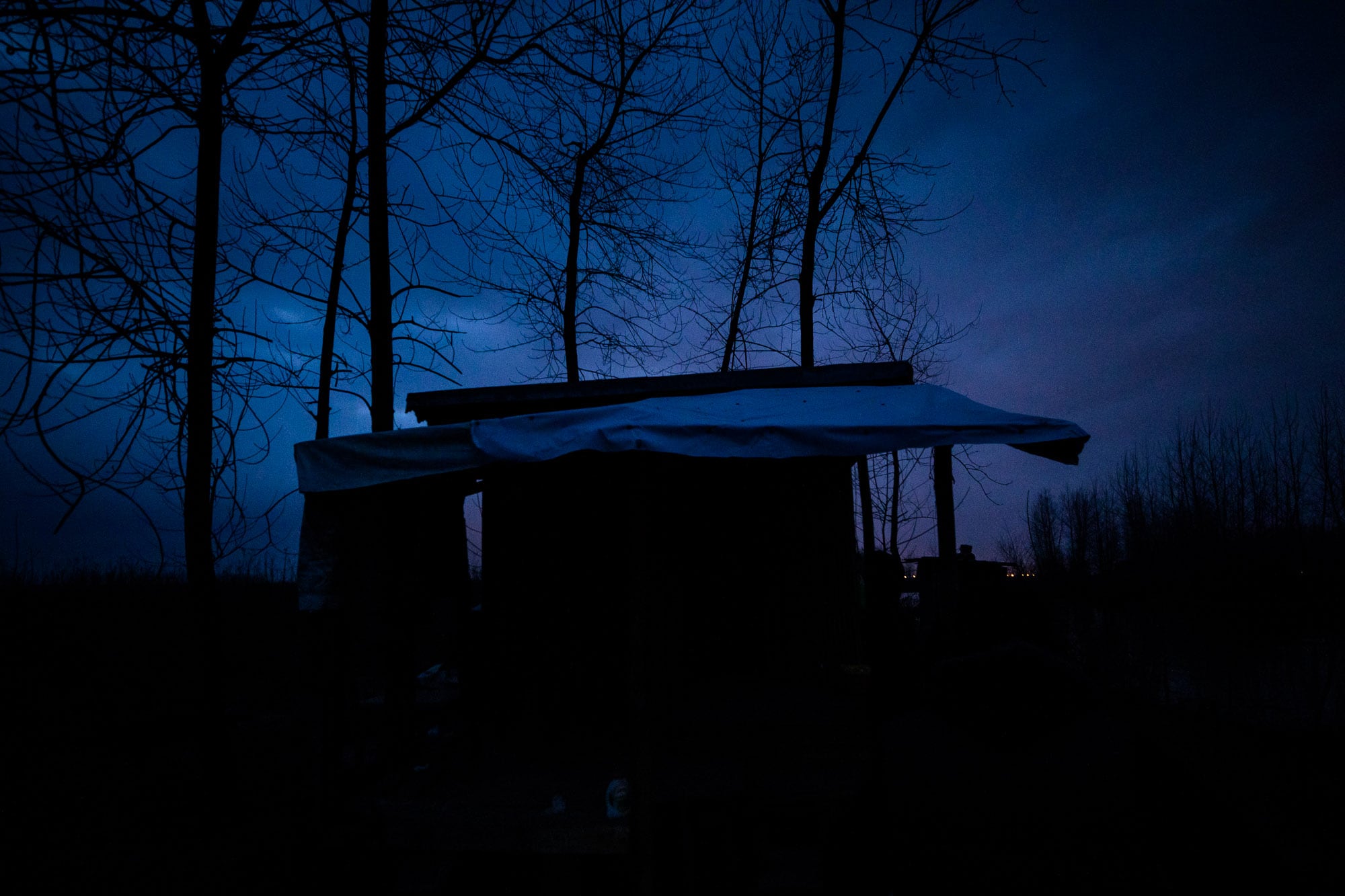 And get a boat.