Rice paddies in the darkness. A tall wall with a gate. A yard with two houses.

This place used to be a dog.

It was a German Shepherd that once lived here, trapped in an enclosure. A family from the city came out every few days to look after it and feed it. It is difficult to have dogs in Iran, especially in the city, so this one had to stay here, in the safe space between the rice paddies, near the village, outside of the city.

Then one day the family decided to build a storage area where the dog lived. Gradually over the years, the storage area was expanded, and eventually a villa was constructed. With half a dozen bedrooms, it became a getaway from the city. A second building was added later. It was designed to have the feel of a lodge, with faux brick walls and a wooden ceiling.

Zoom onto the lodge. It’s 2am. A few young women and men are huddled inside under a radiant heater. Ray Charles is on, there is lukewarm kebab, everyone is smoking tobacco and something more fragrant, and there are plastic bottles full of a liquid that looks like water. Of course it’s just flavored water. But in an alternate reality it could have also been a kind of home-made liquor made from raisins, and it could have been acquired through a guy who knew a guy. 1,5L of this stuff would cost a bit less than 10 dollars. “Dog brandy” is what it would have been called, and the first shot would make your head dizzy. 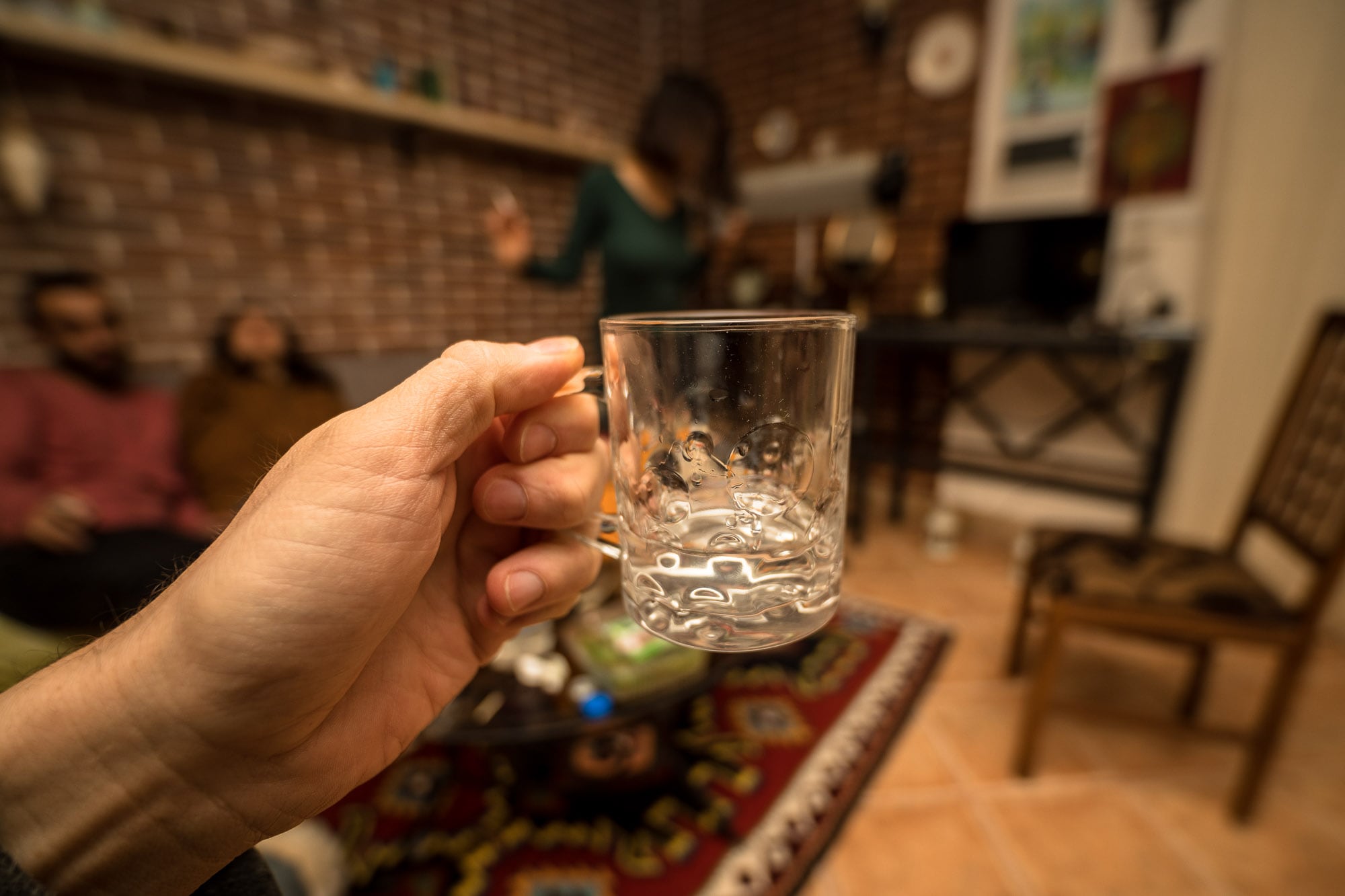 I get a finger’s breadth of the flavored water in a glass, and I sip it slowly. Everyone looks at me funny. I should have mixed it with something. It tastes shitty.

There is a tiny dog that is constantly trying to hump my leg. It lives here, between the villa and the lodge, and apparently every few days someone comes by to look after it and feed it. It looks as if it has long gone insane from the loneliness.

So what about the original German Shepherd that used to live here, has it died?

Oh no, I am told, it just lives in a different place now. Presumably in another enclosure.

I wonder why it wasn’t allowed to stay here anymore. Couldn’t it have become friends with the tiny white loneliness that is humping my leg? Or would it have hurt it? And what do the villagers with their rice paddies think of this tall wall with the villa and the lodge and the loneliness behind it? 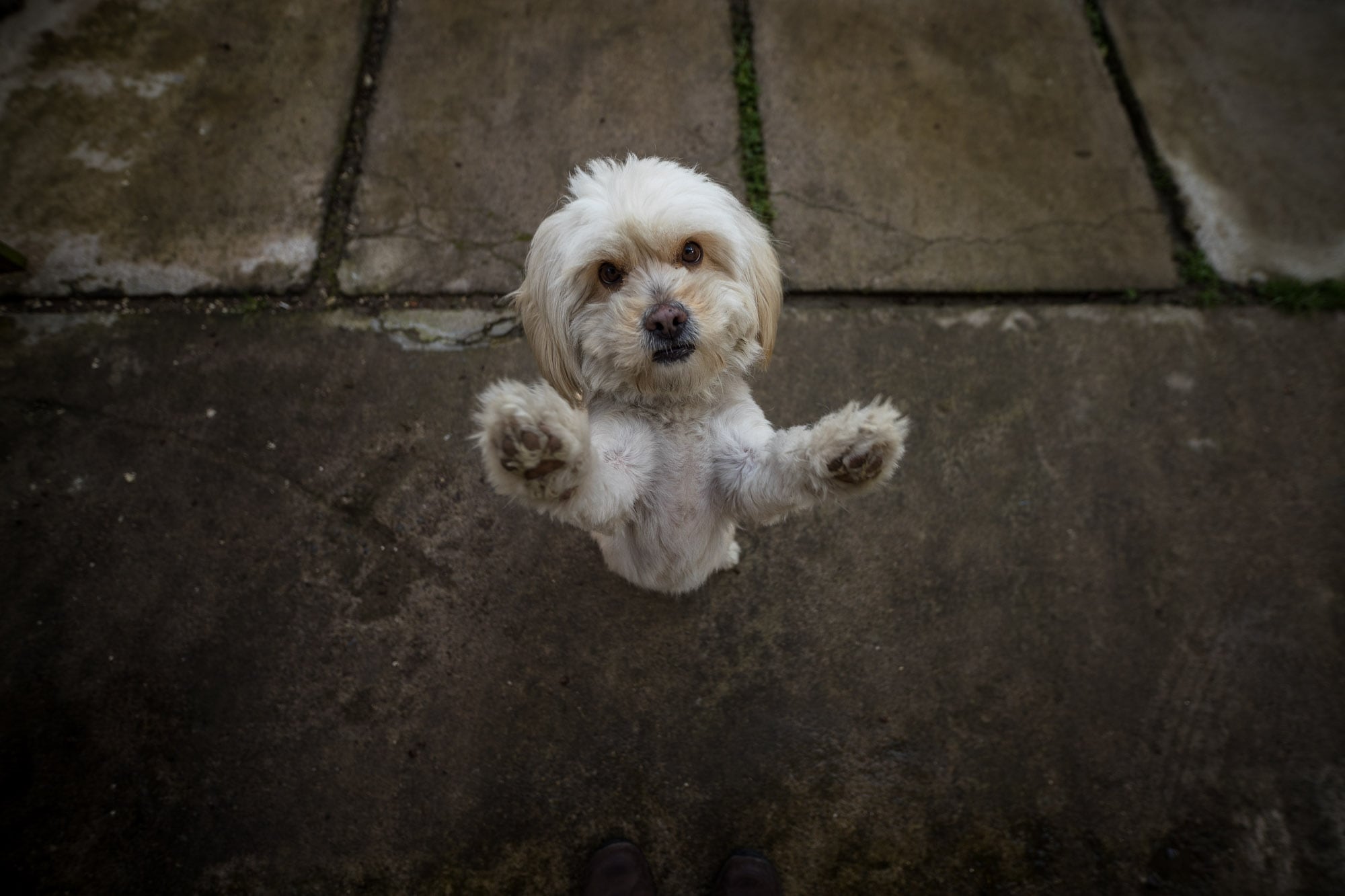 These are some of the thoughts that go through my mind as I am sitting under the wooden ceiling, sipping my water that is not dog brandy.