Everything is always the same. 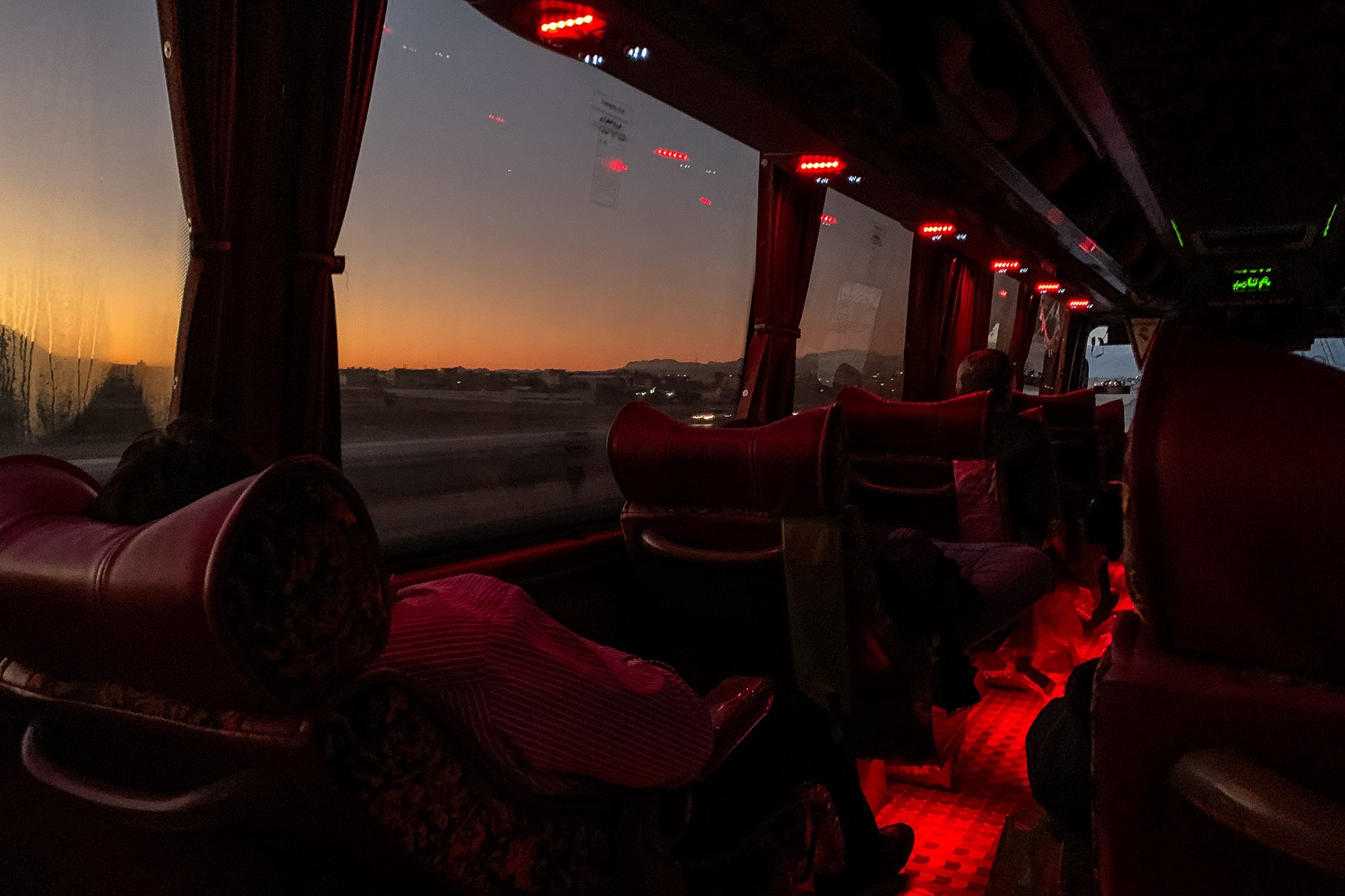 I step out of the warm stuffiness of the bus and into the fresh air of the day. It is nine in the morning, and I had some trouble getting into my shoes because my feet were swollen from sitting so long. This is the first time I’ve gotten up since we departed from Shiraz at 23:00.
The air outside is fresh, but it is also cold, and I turn towards the resting station. There are no other buses in the parking lot, so it will probably not be too crowded in there.

Double glass doors, then I’m in. The air on the inside seems to be a mix of air conditioning, food smells, and cleaning materials. There is a shop that sells nuts in little plastic boxes. There’s an eating area with white chairs that seem to be the plastic version of something an imaginary European aristocrat would own. There’s a shop that sells mostly soft drinks and potato chips, and next to it there’s a dark area that is closed off behind blackened windows. On the inside of that area, there are a few small tables and a sign that says ILLY. On one of the windows it says I LOVE COFFEE IN THE MORNING in English.

Then there is an area that looks like a fast food restaurant: a bunch of green plastic tables and chairs, and a long counter where one presumably orders and pays for the burgers and pizzas that are advertised on large posters above.

The whole place is empty, there are no other people besides the passengers from our bus and the staff. Every shop is manned by one person, except for the fast food place, which is closed, and the eating area with the fancy white chairs, where one guy is working while another is asleep with his head in his hands.

It doesn’t matter anyway, because most people that come here only want one thing: the restroom. You have to go all the way through the building to get there, past the nut shop, past the fancy chairs, and past another shop that sells excessively colorful toys and books.

The restrooms are simple. Concrete walls, no posters, no advertisements, an almost complete absence of color. There are no urinals, just like anywhere else in Iran. 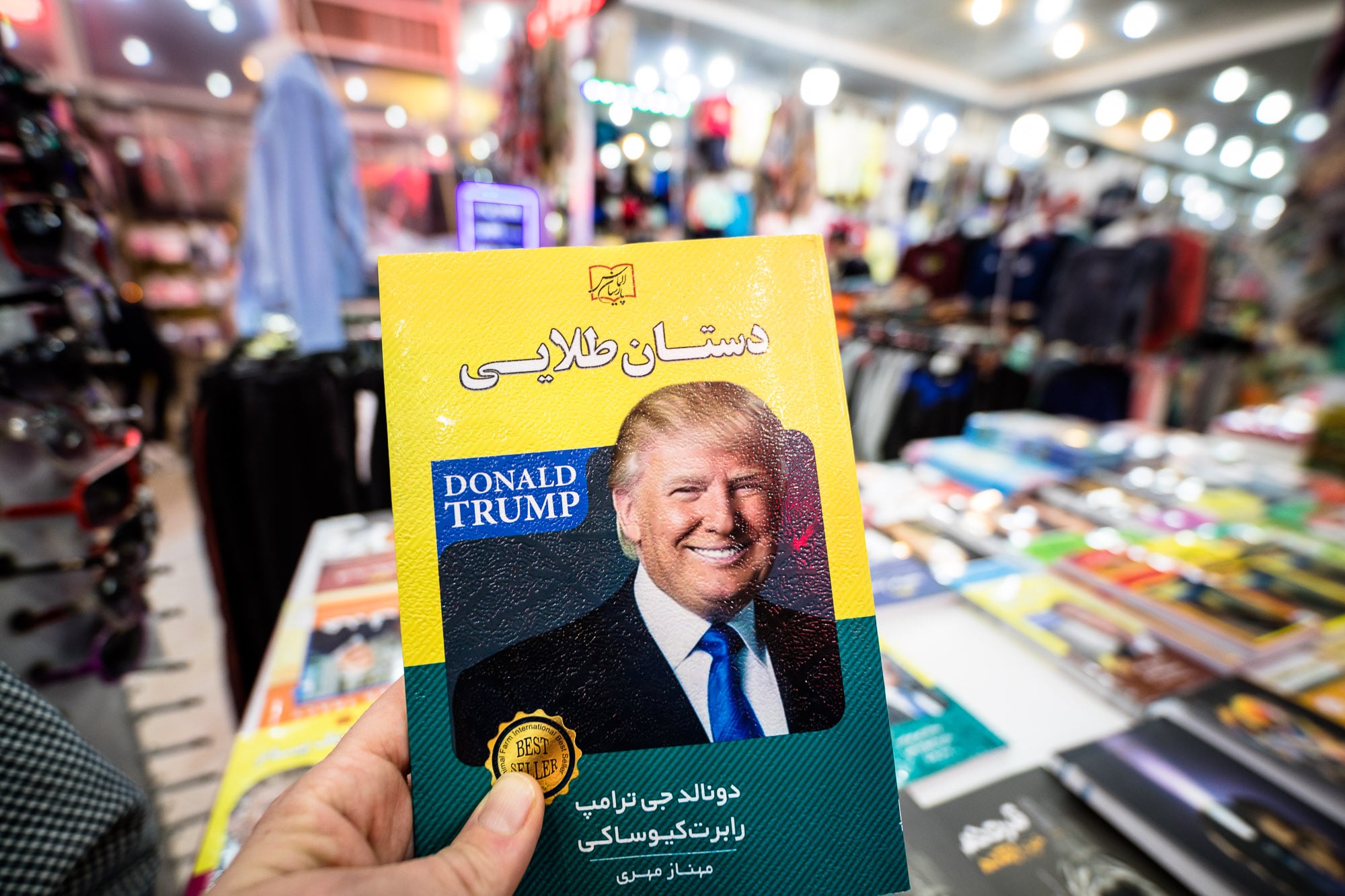 On my way back to the bus I stop at the shop that sells toys and books. Some of the books have Donald Trump on the cover. Are they about him? No. They are by him.

It is widely understood that Trump might or might not have lots of money, and at some point he apparently felt the need to write about it. His presumably false teeth are grinning from a handful of book covers.

Next to the dumbshit there are some books that look like collections of poems and religious texts. But there are also a few names that I recognize: 100 Years Of Solitude is there, and so is George Orwell, with two of his volumes: Animal Farm and 1984.

I wonder what all of this means. What was it that brought Trump, Orwell, and Garcia-Marquez together here at this rest area on the desert highway?