Old Shiraz was a nice, quiet place that reminded me of Bukhara or Gorgan or the old parts of Tehran.

There was a sense of calmness to it: 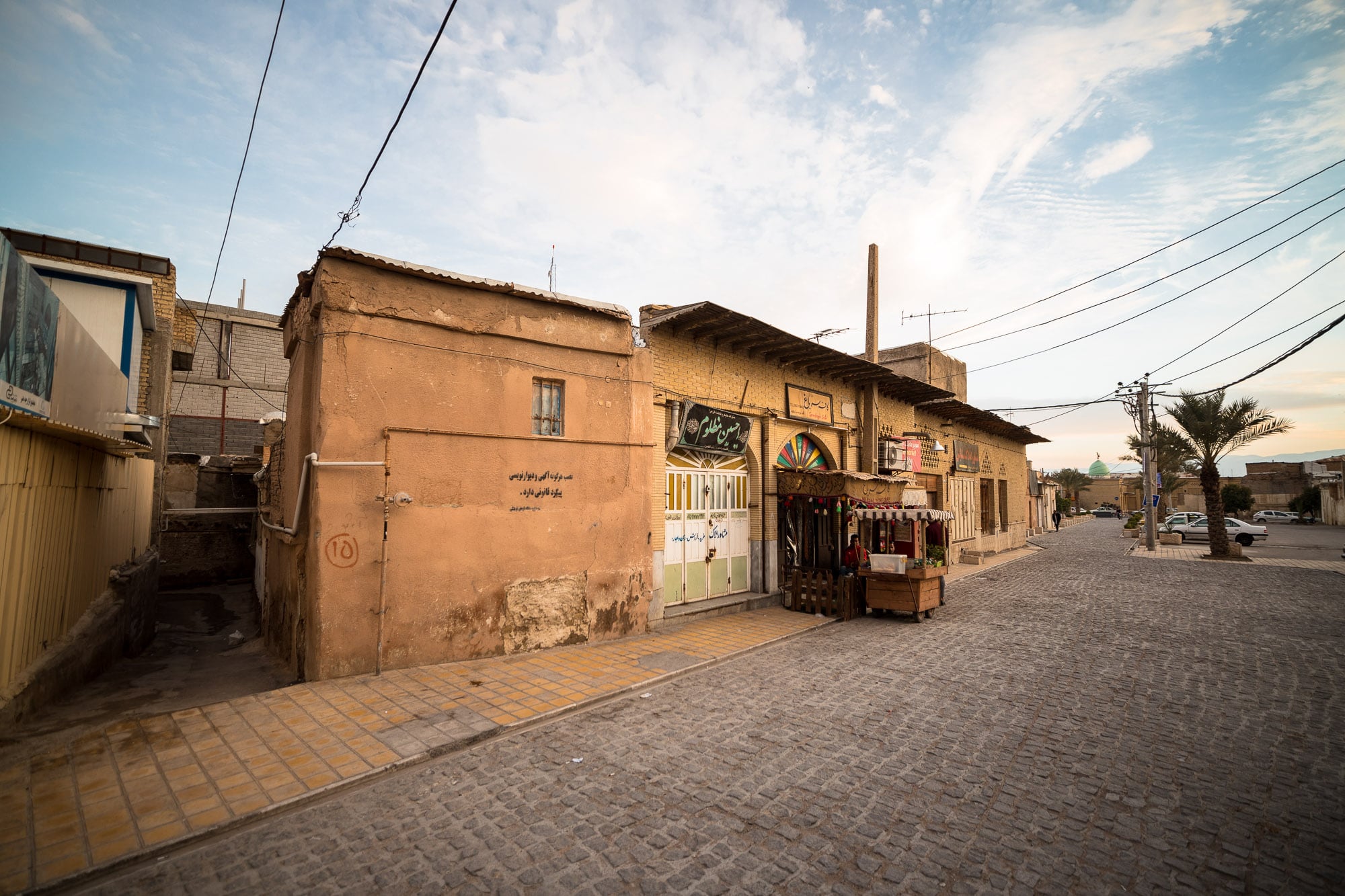 Some of the old walls had graffiti on them: 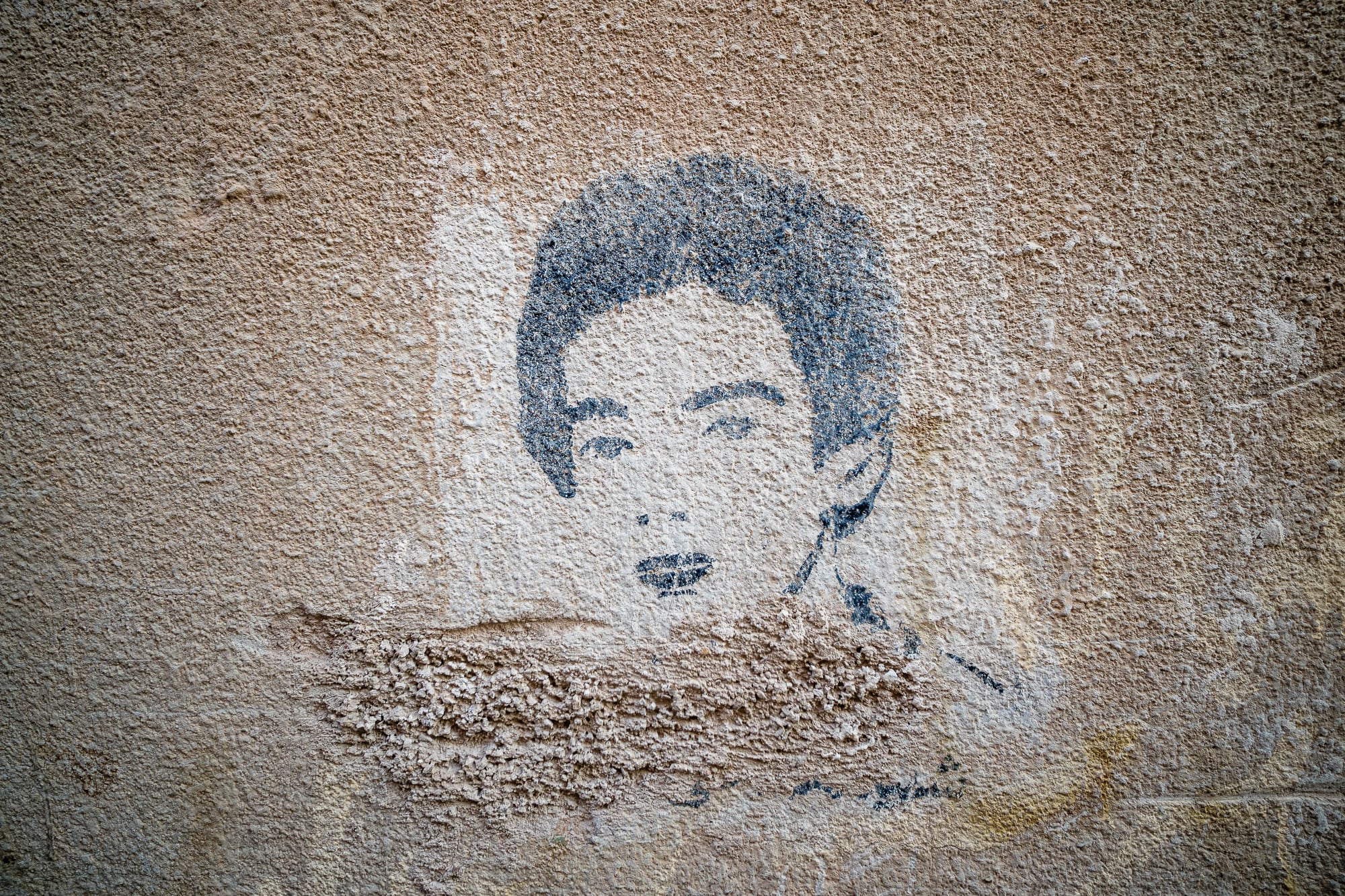 There were things that looked forgotten: 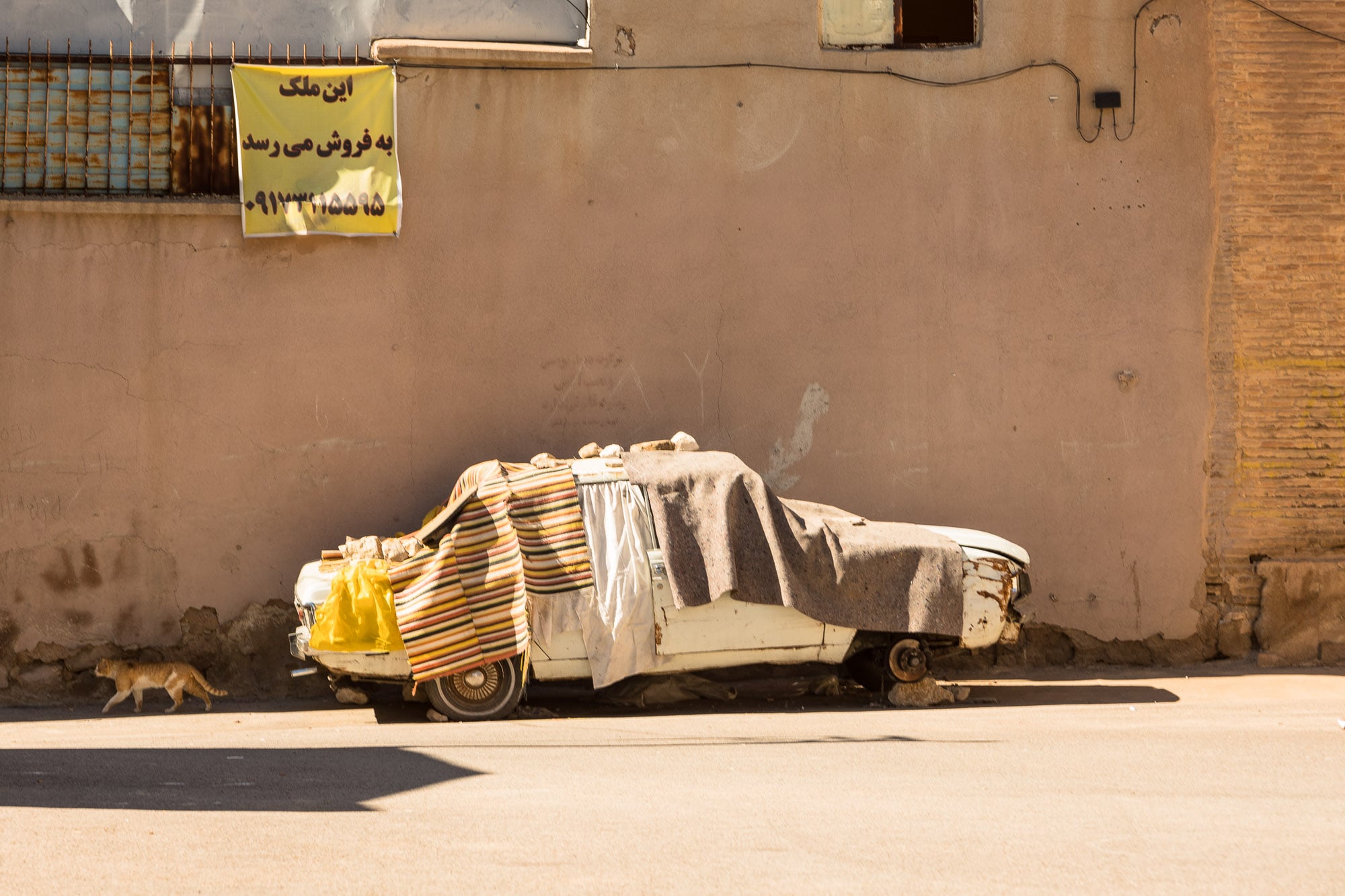 There were religious men: 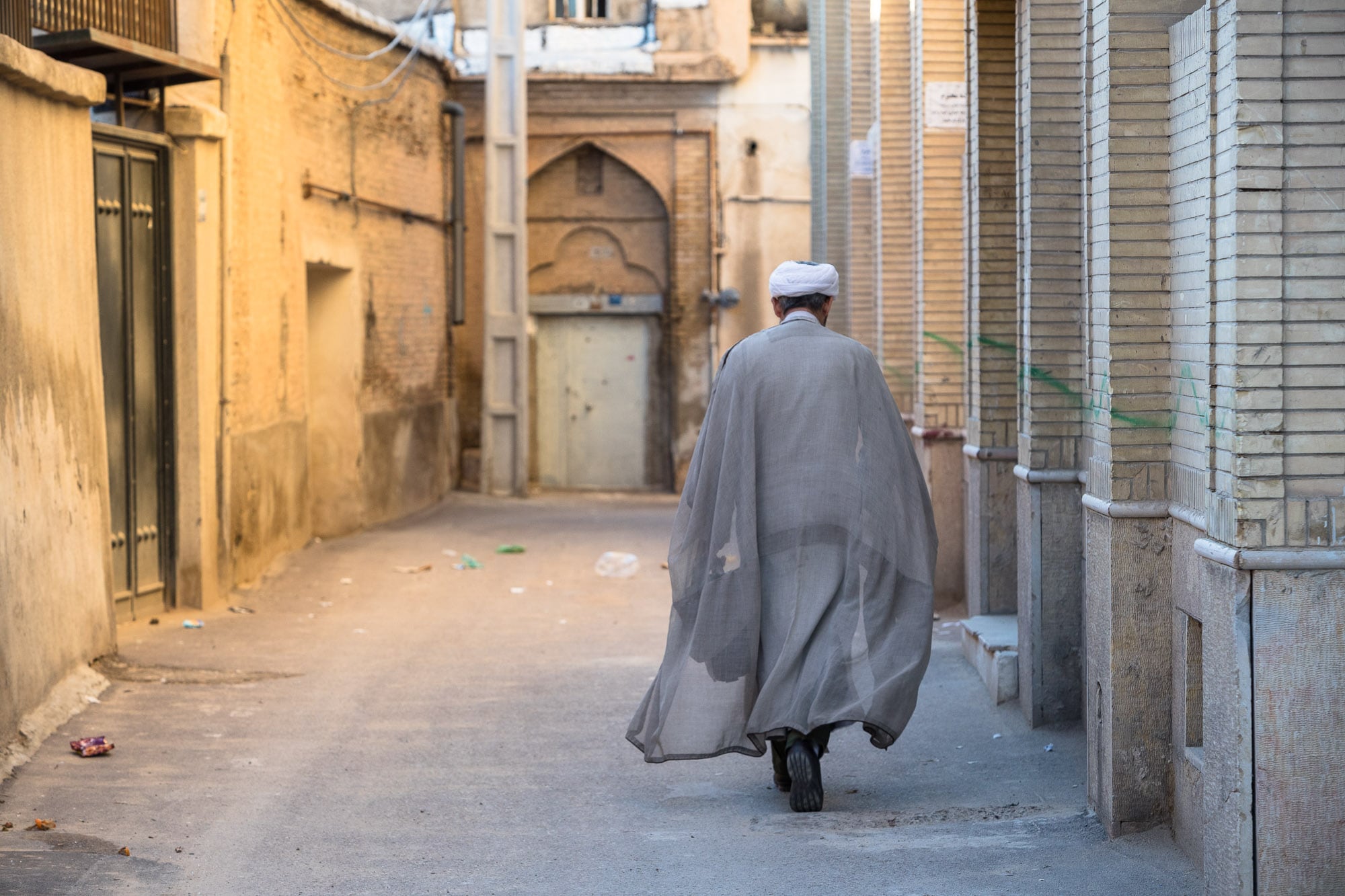 And there were religious shops: 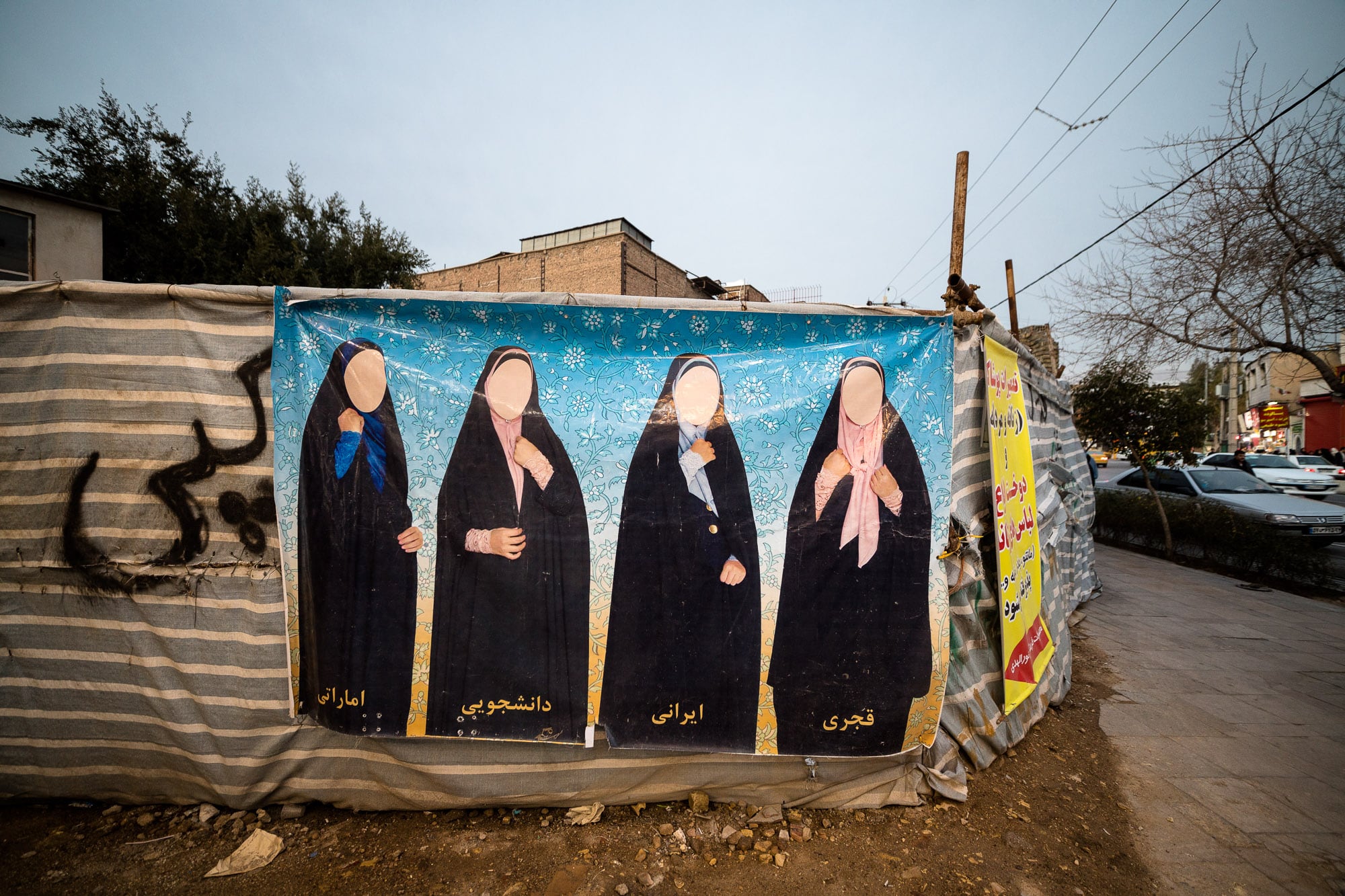 Shiraz also had a citadel called Arg of Karim Khan: 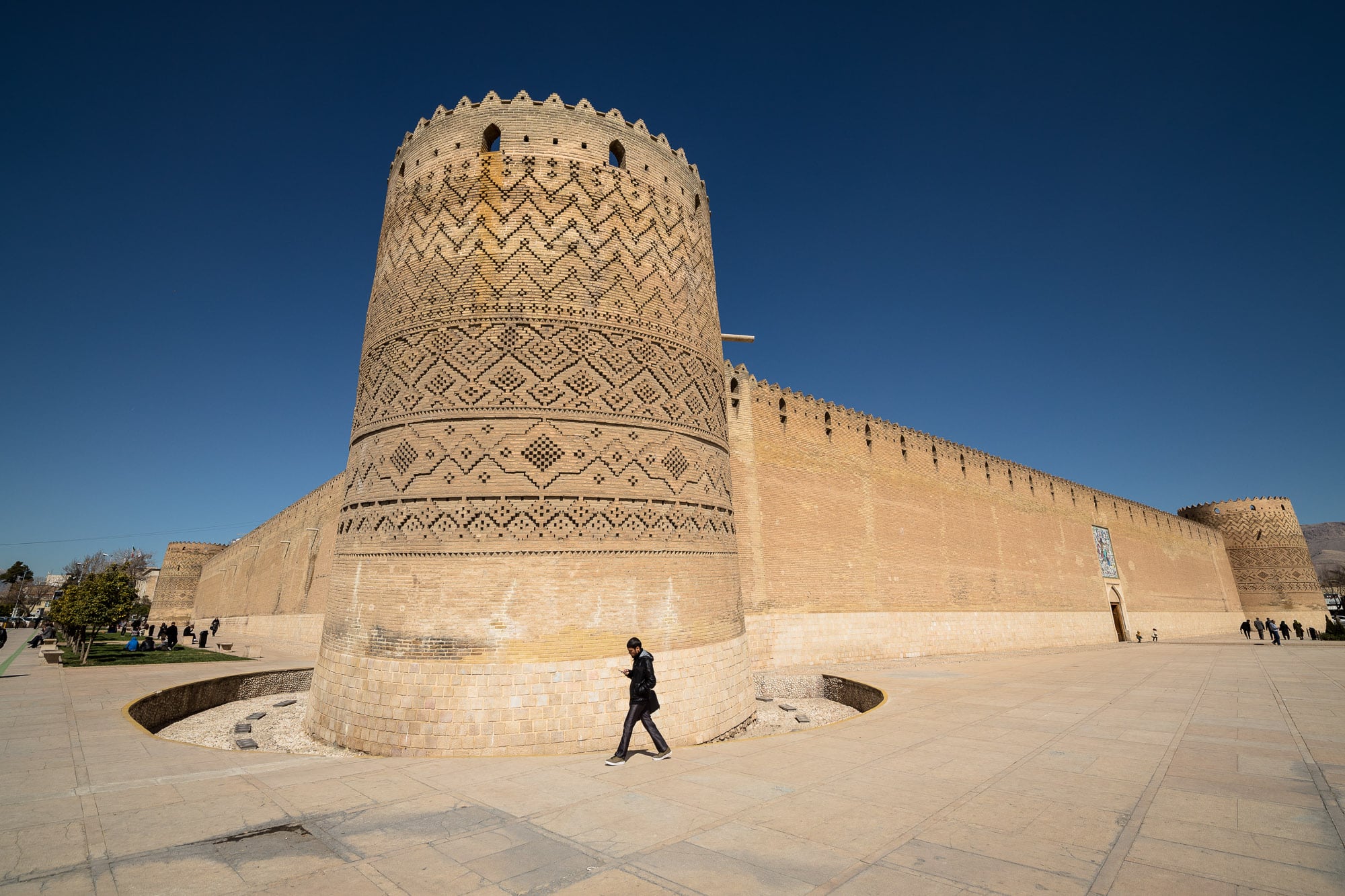 But it was empty. And so I left Shiraz in a car.

And I went to Persepolis.

A parking lot, some trees, a ticket office, two cafés, some souvenir stands. Cats and dogs pillaging the trashcans. I’m surprised that my ticket costs 200.000 rial, just as much as in virtually every other place in this area. Surely Persepolis must be more expensive than a mosque or a garden? 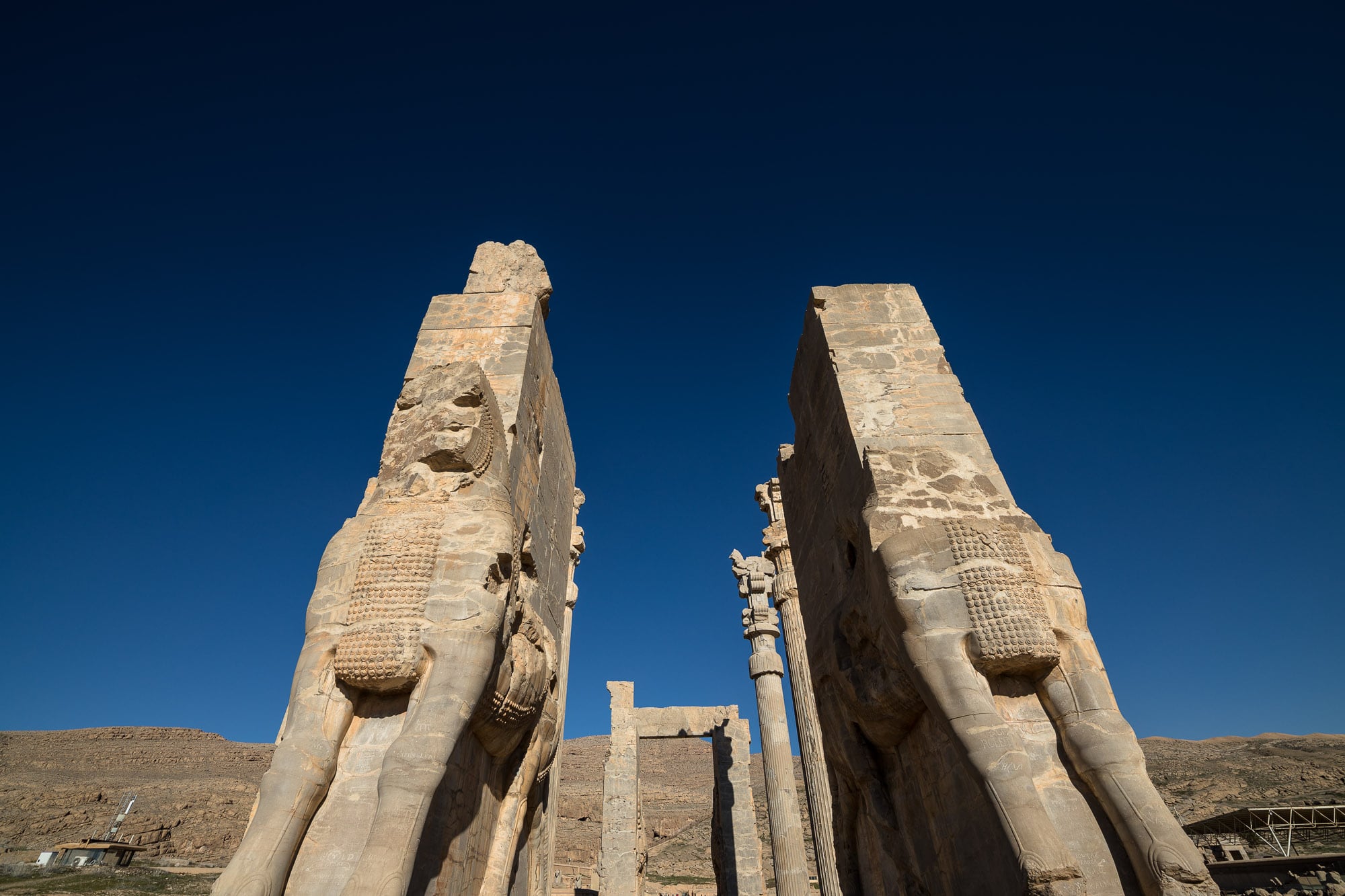 On the inside there are no cats and no dogs. Perhaps they can’t get past the fence, or maybe they know that there is no food to be found between those ruins anyway.

40.000 people used to live here. Most of them didn’t leave behind a trace. They lived in mud huts, and when they perished and their children’s children also perished it eventually all turned to dust. The only thing that is left behind is the rich people’s district, a gated community that is 2500 years old. Darius the Great, who was referred to as “King of Kings” used to live here, so it was a rather exclusive neighborhood. 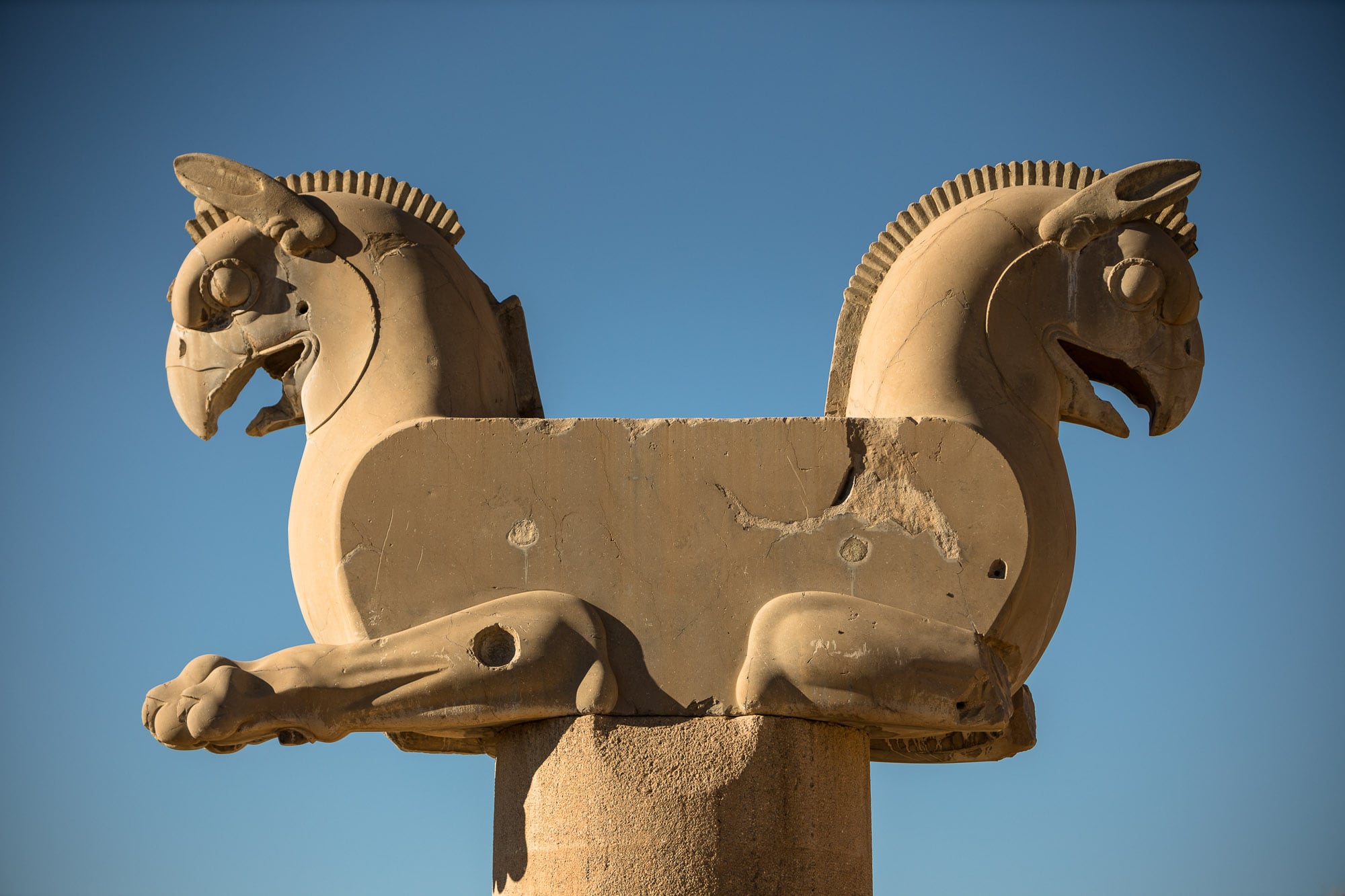 Today there are only ruins left: some structure walls, some monuments of animals and mythical beings, some stairways, and some columns. 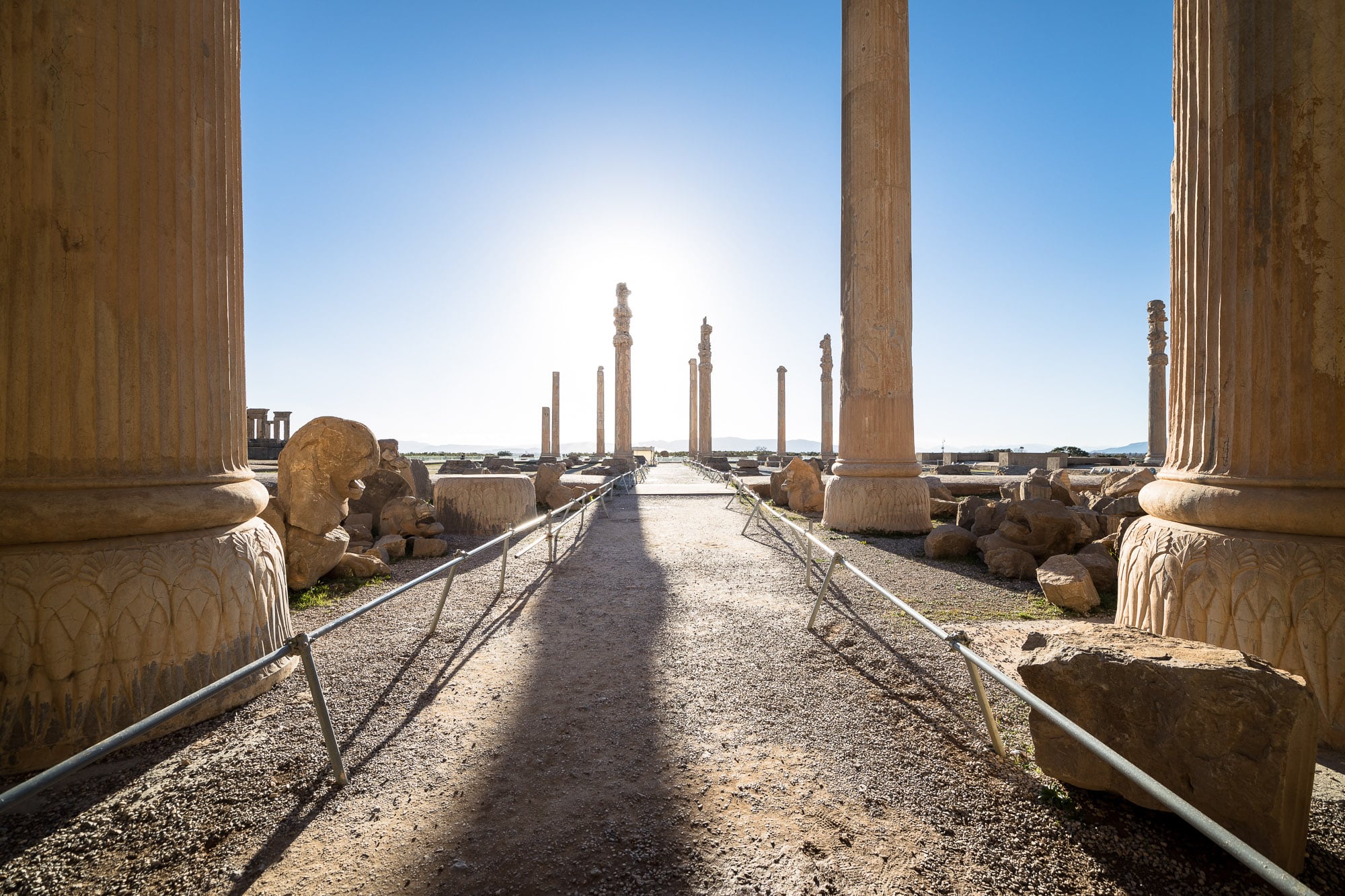 A lot of columns. 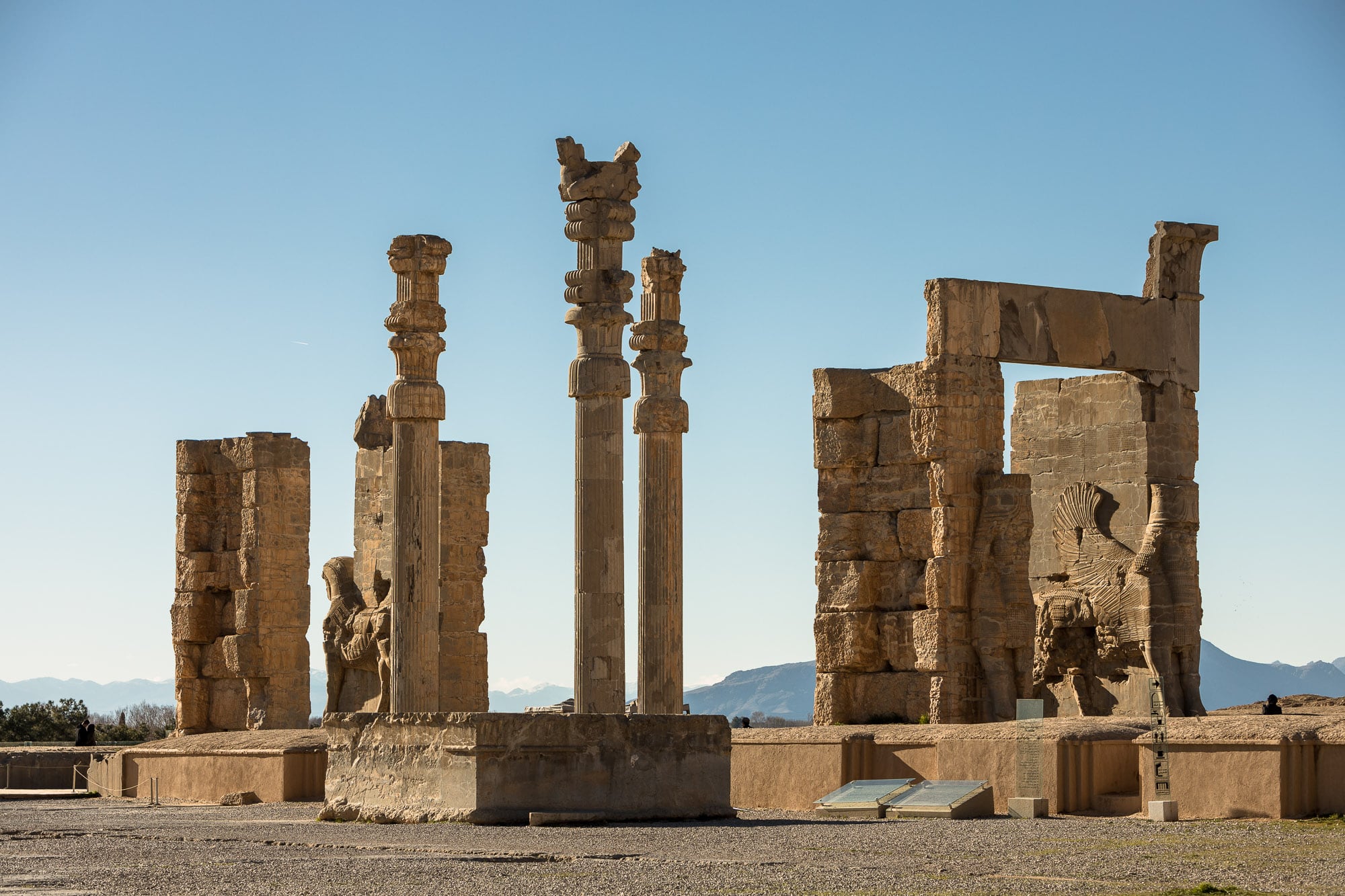 Some of the stairs and walls have been unearthed only recently, and the dry soil has preserved them almost perfectly. The level of detail was astonishing. 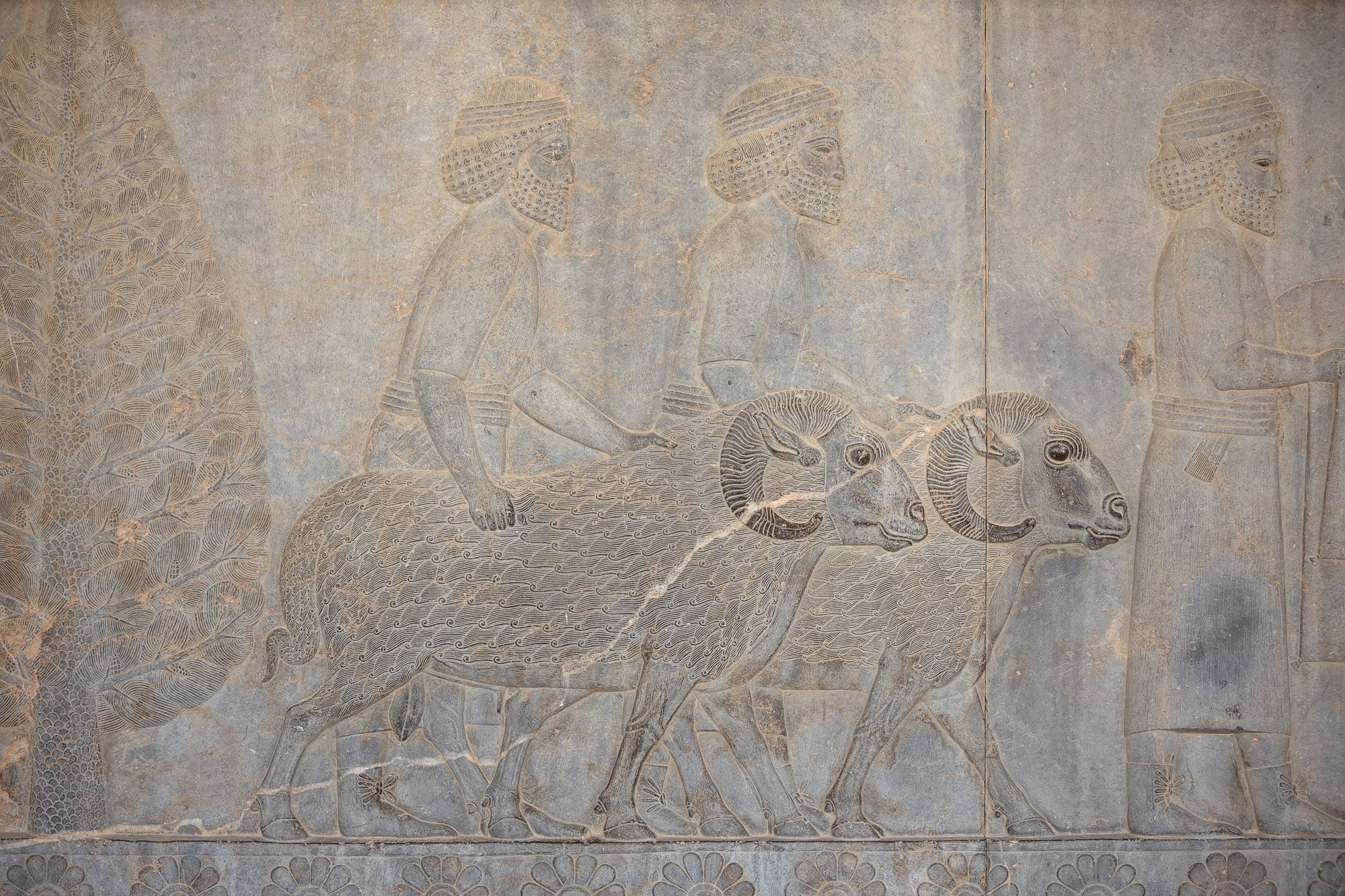 And much of all of this used to be painted in bright colors. What a sight it must have been. 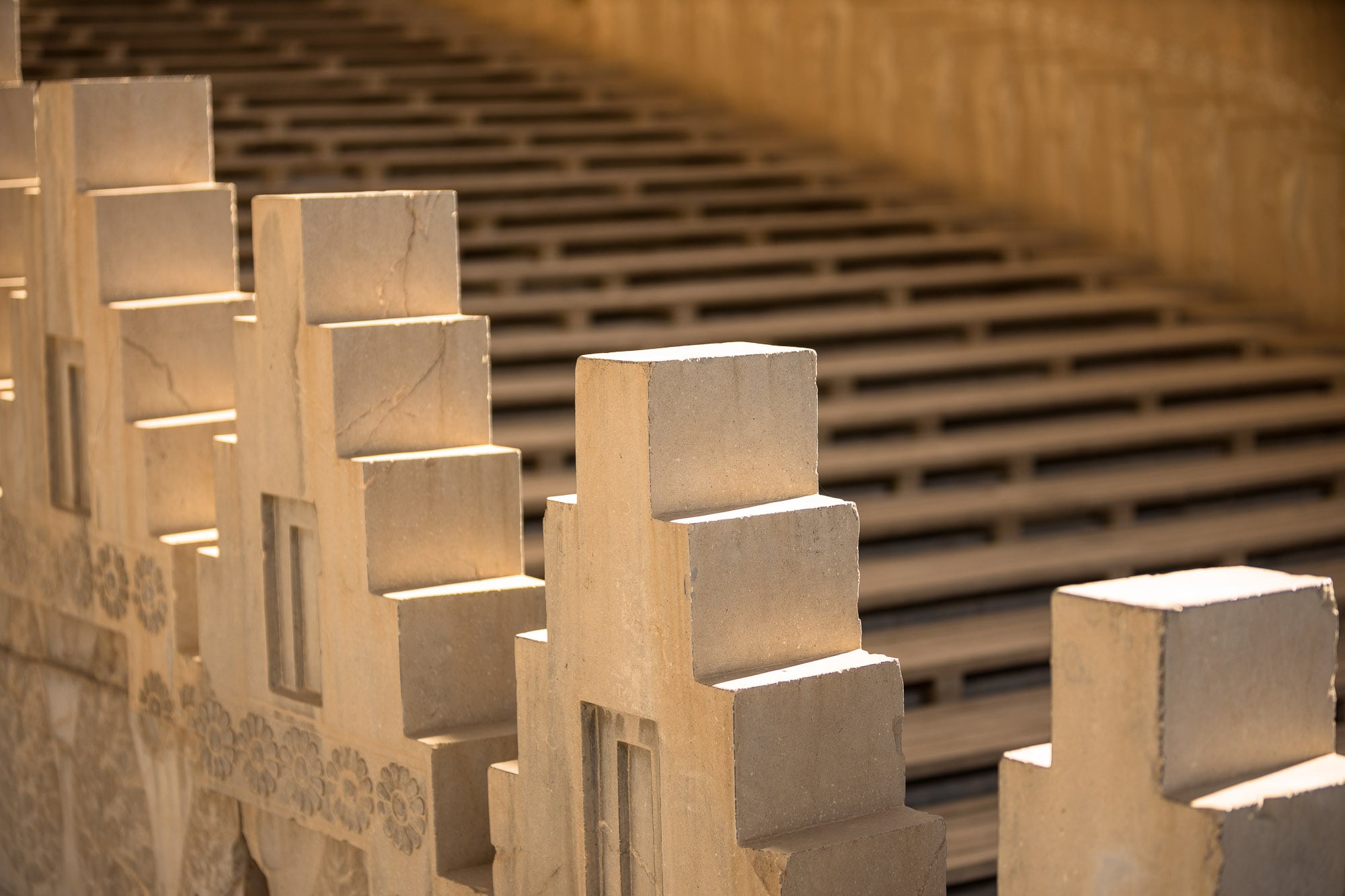 I sit and breathe the air for a while. I say the words in my mind: I am in Persepolis.
The people here tell of a time shortly after the revolution, when a cleric from Tehran came to the gate and demanded the destruction of the city ruins. 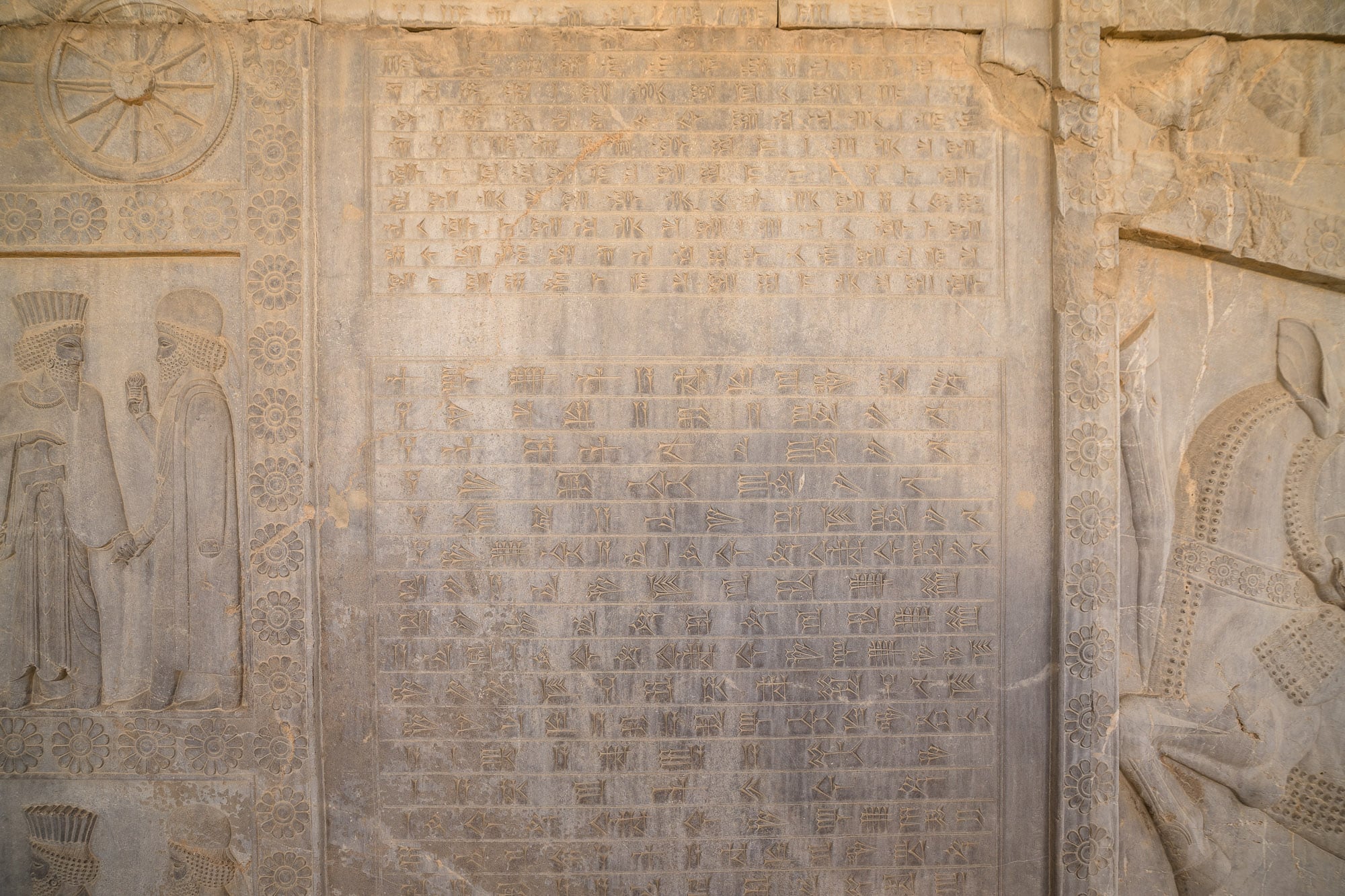 He had brought men with bulldozers, but the townsfolk from nearby Marvdasht came to stand in his way. You’ll have to destroy us first, they told him, until he eventually gave up and left. 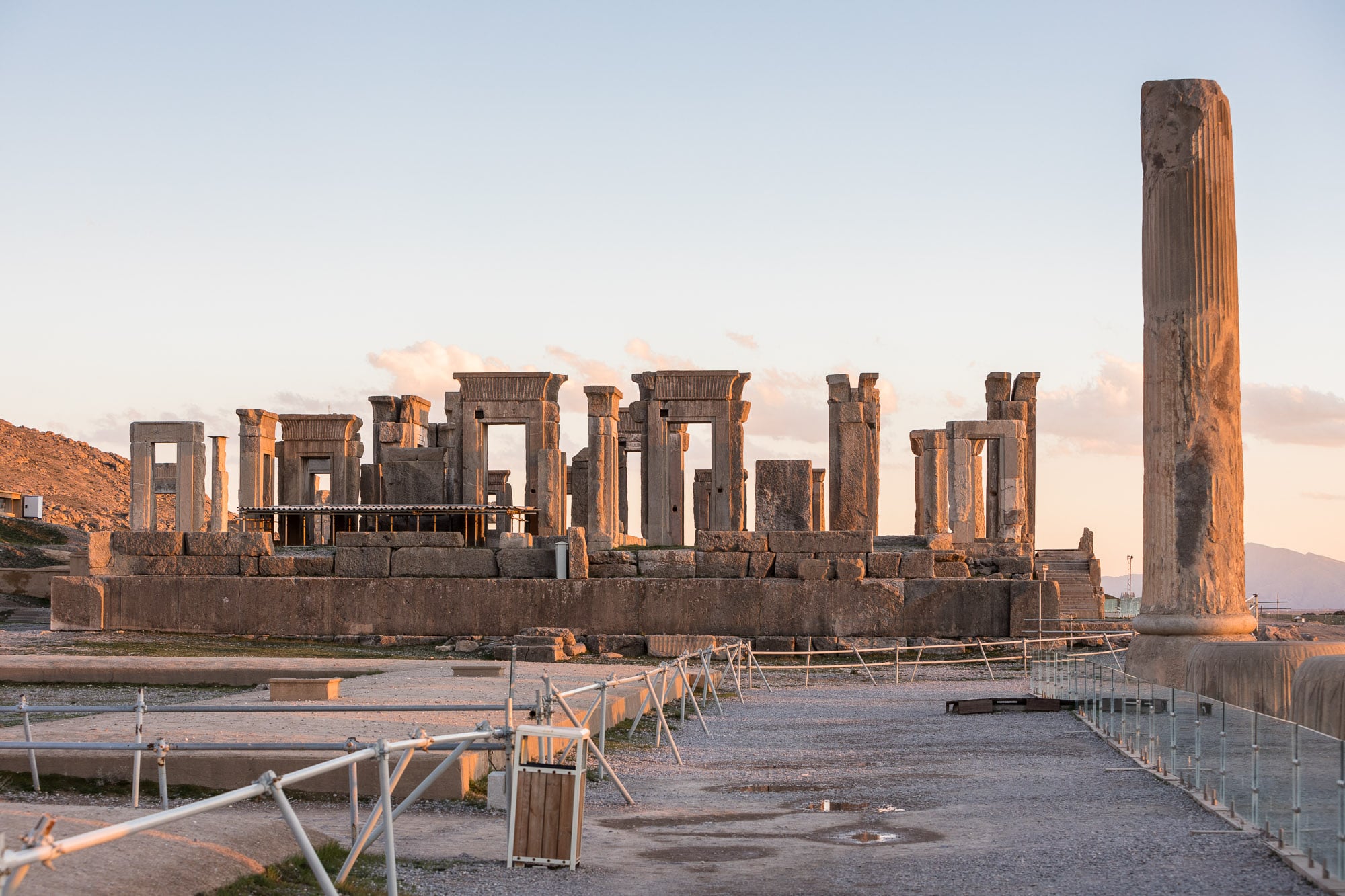 Today, the destruction continues on a much smaller scale. The elements beat upon the unearthed parts of the ruins, and sometimes a tourist decides to climb one of the monuments. “Hey you there, come down from that wall!” a voice blares out of a loudspeaker, and at five in the afternoon, the same voice tells everyone to move towards the exit. 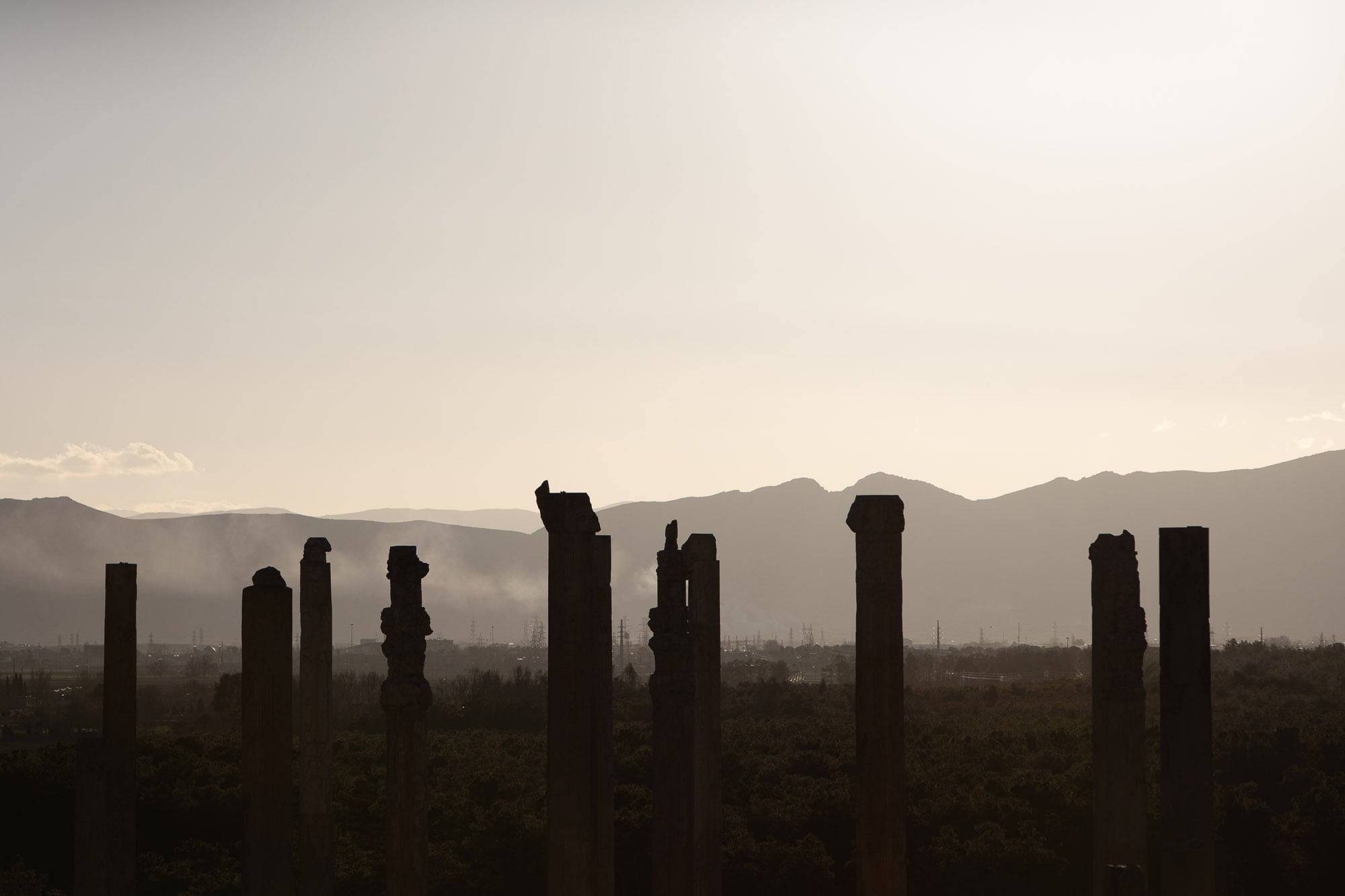 They want to close at five thirty.