Rain is scarce in Shiraz. And yet the oranges and tangerines were disappointing this year because of too much rain. 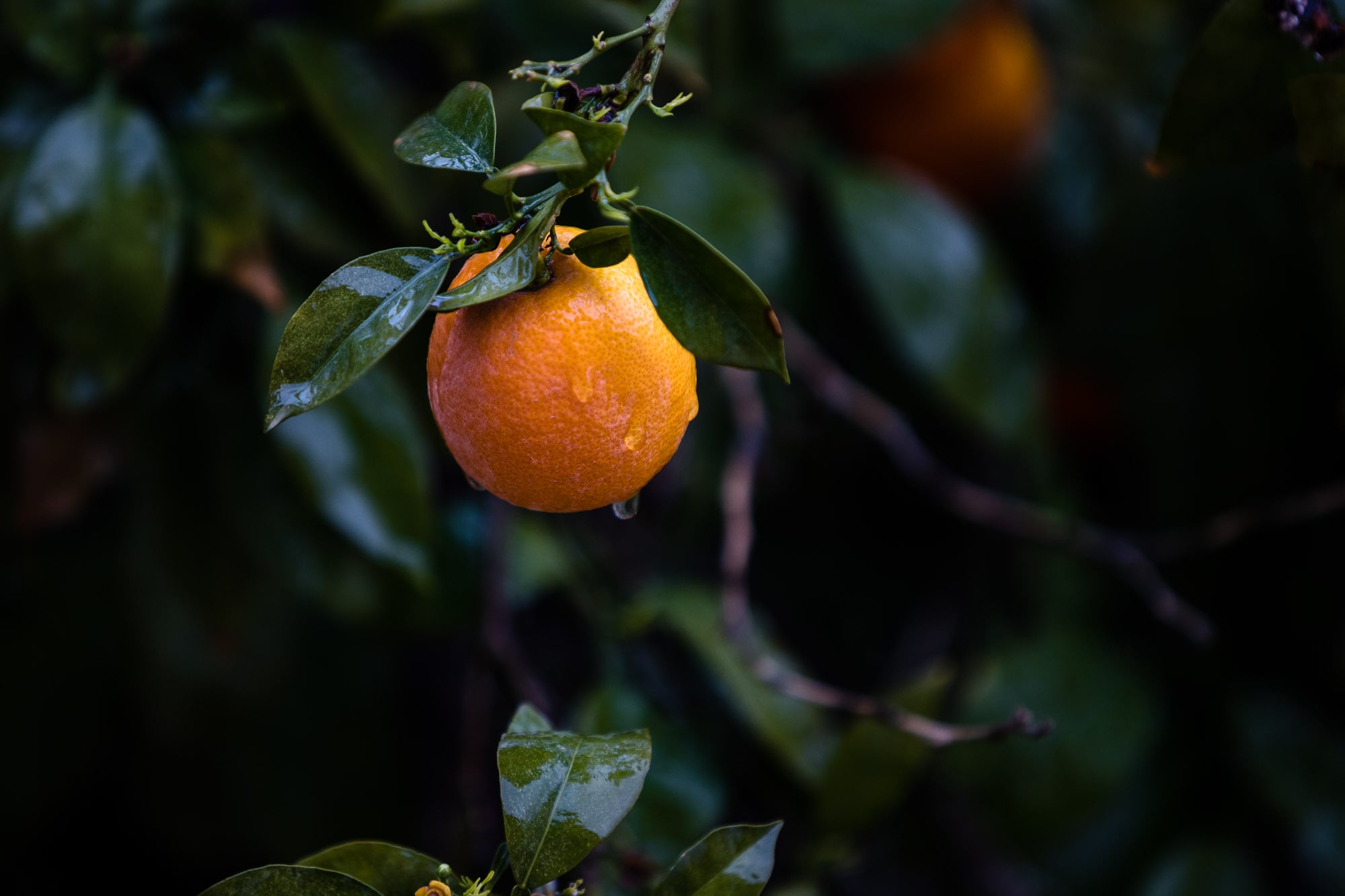 Today, too, everything is wet. Thick drops of water roll off of the oranges and mandarines and fall into the wetness below. There is an incessant drumming sound on the flat roofs, and the gullys that go through the alleys are filled with water. 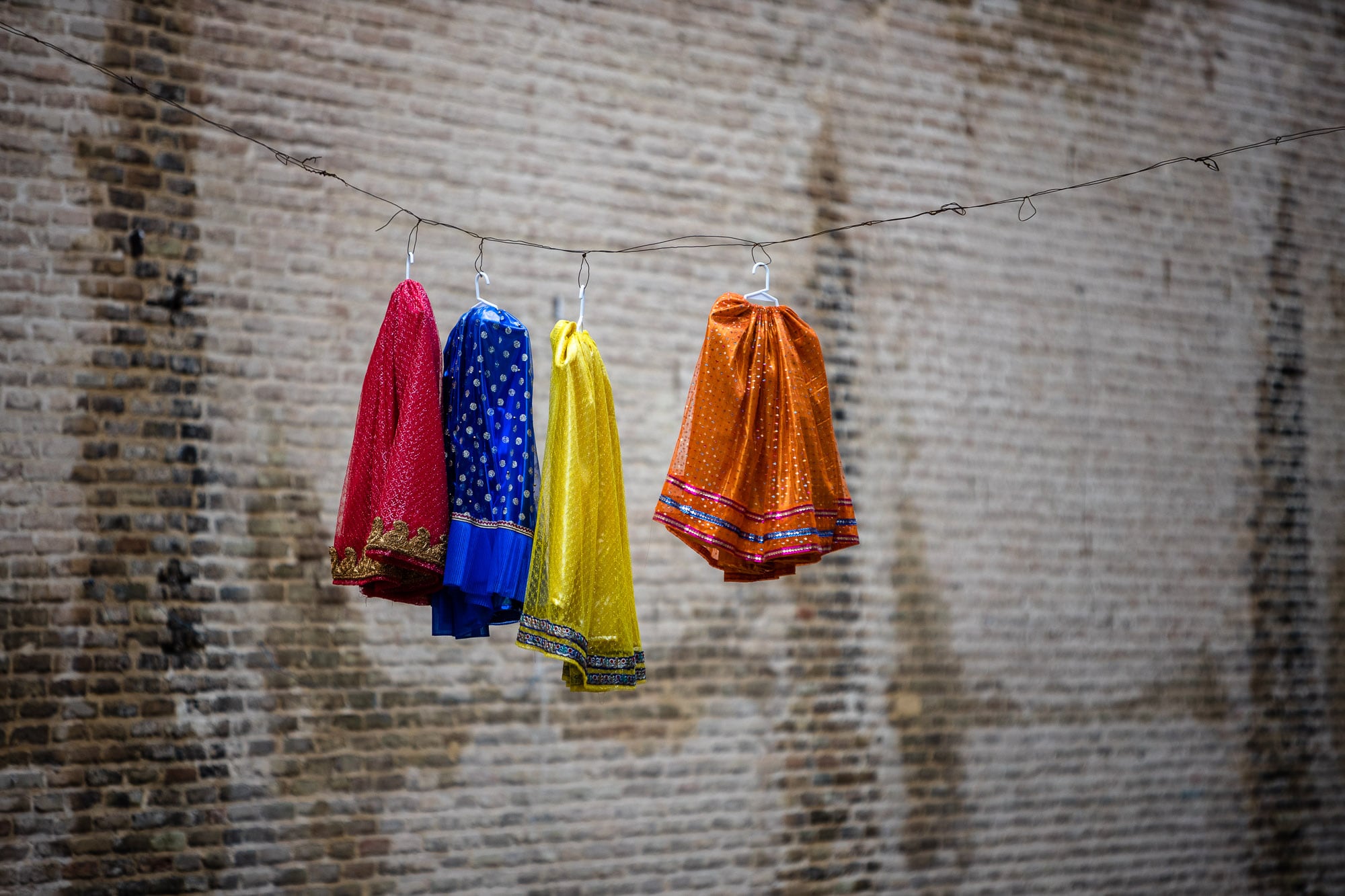 The Vakil Bazaar is just like so many others: narrow passages overflowing with colors, people trying to squeeze past one another, vendors sitting in the geometry of their shops like vanishing points, naked lightbulbs emitting a piercing glare, and an overall soundtrack of voices and distant motorcycles. 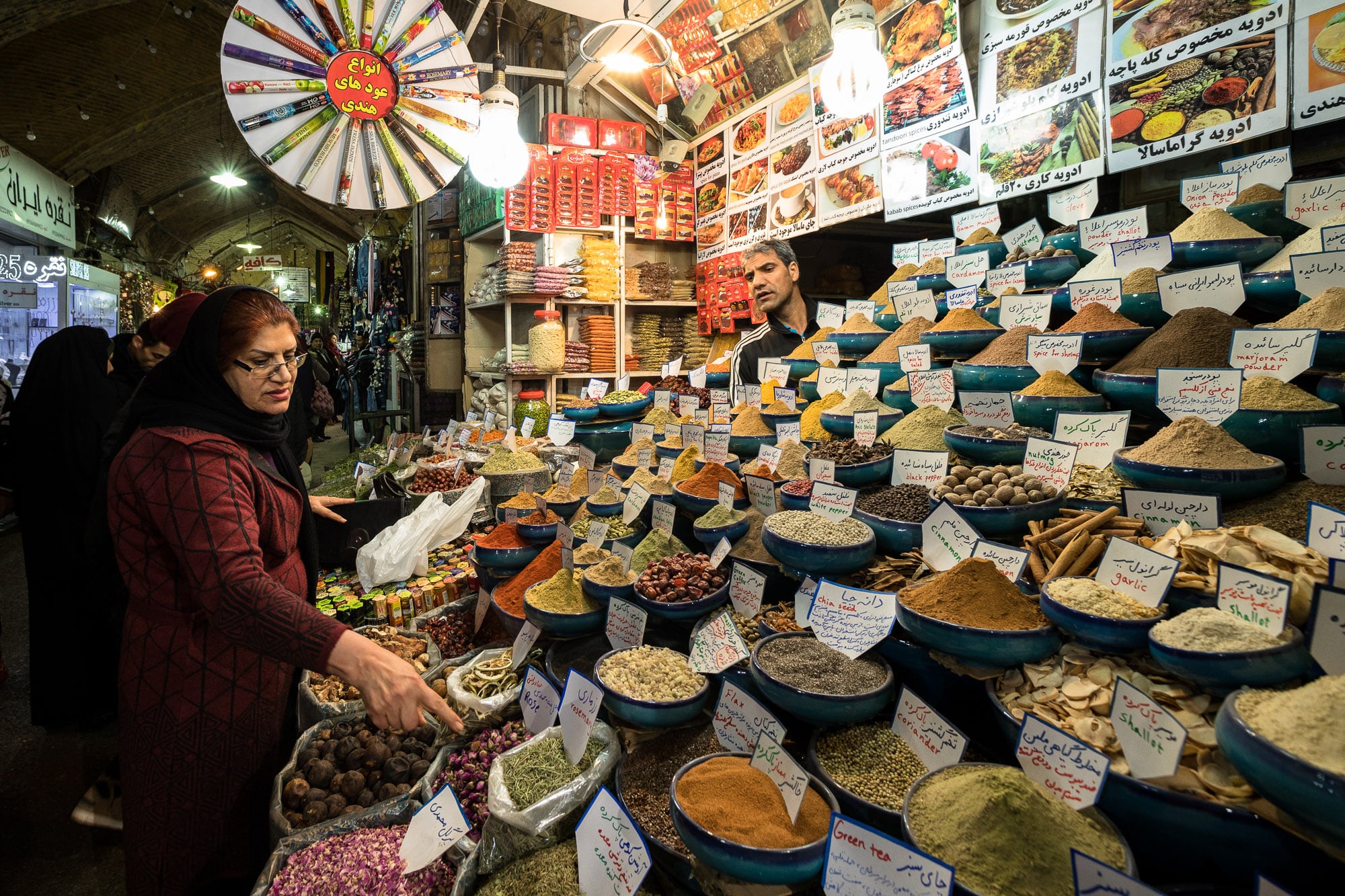 Only one place is quiet: behind a archway there is a carpenter shop and a café. 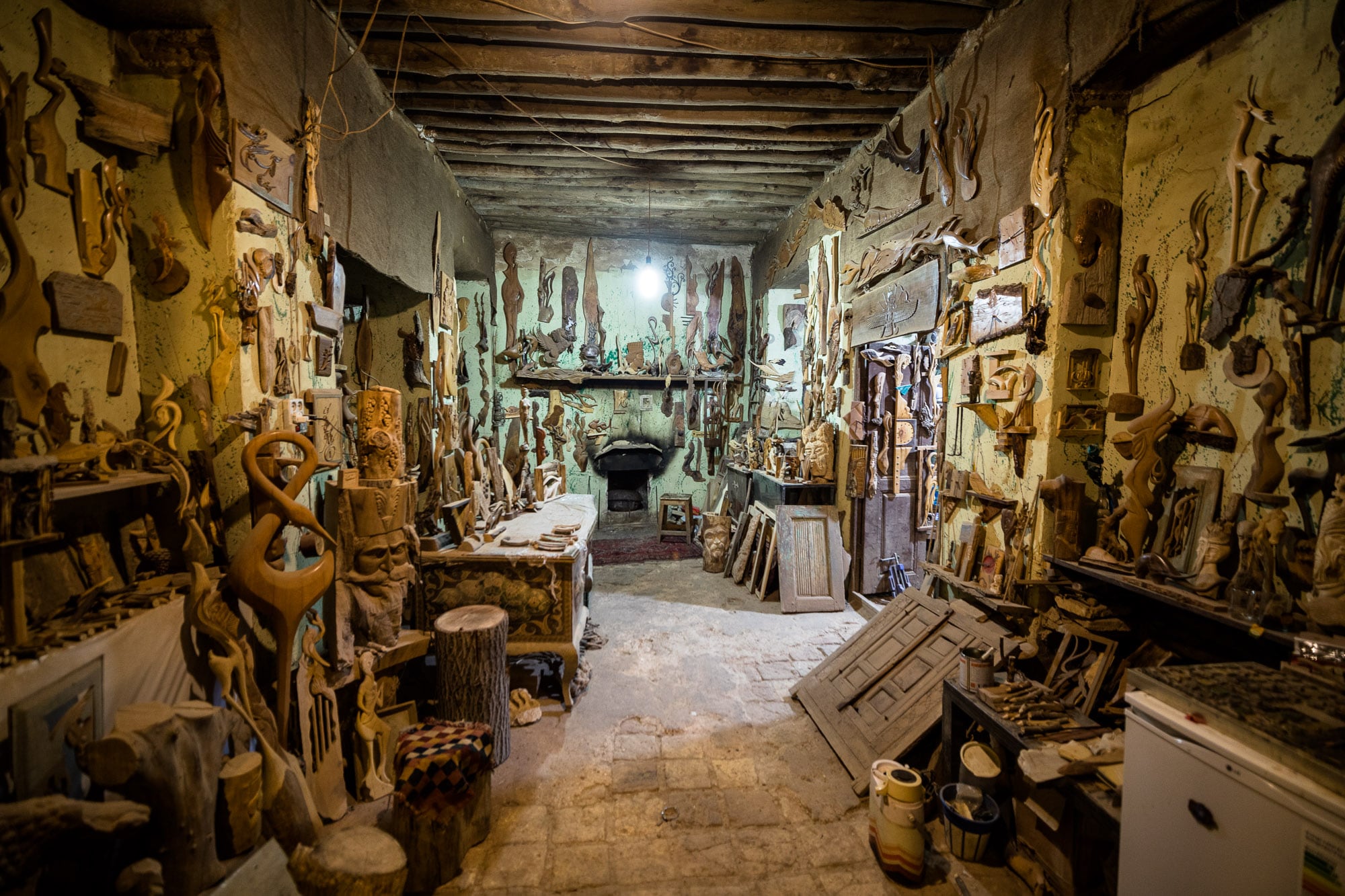 The inside of the archway is covered with handwritten notes. 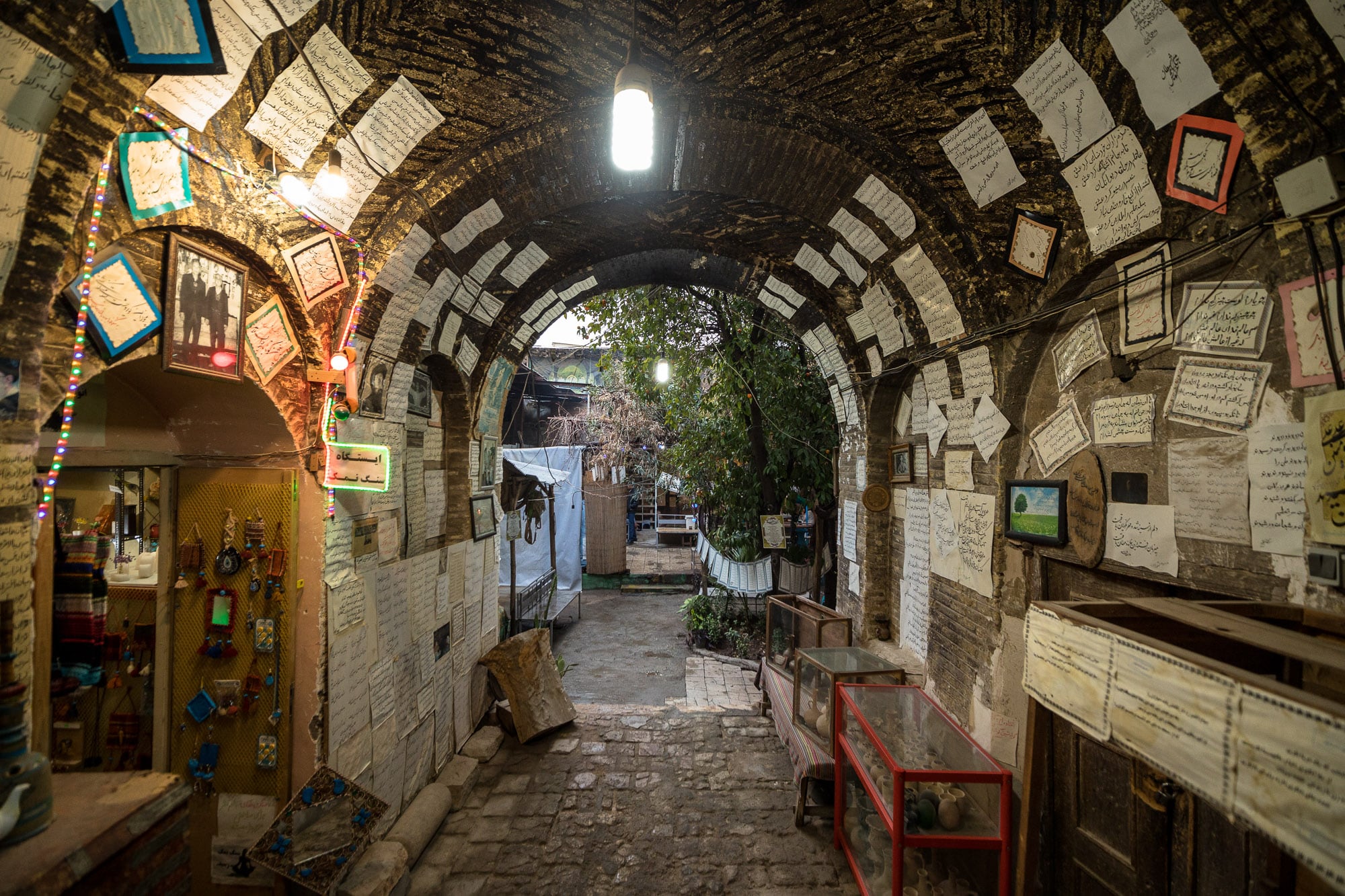 They are poems that an old carpenter left behind. His name was Hussein Peyrani, and he died eighteen years ago. 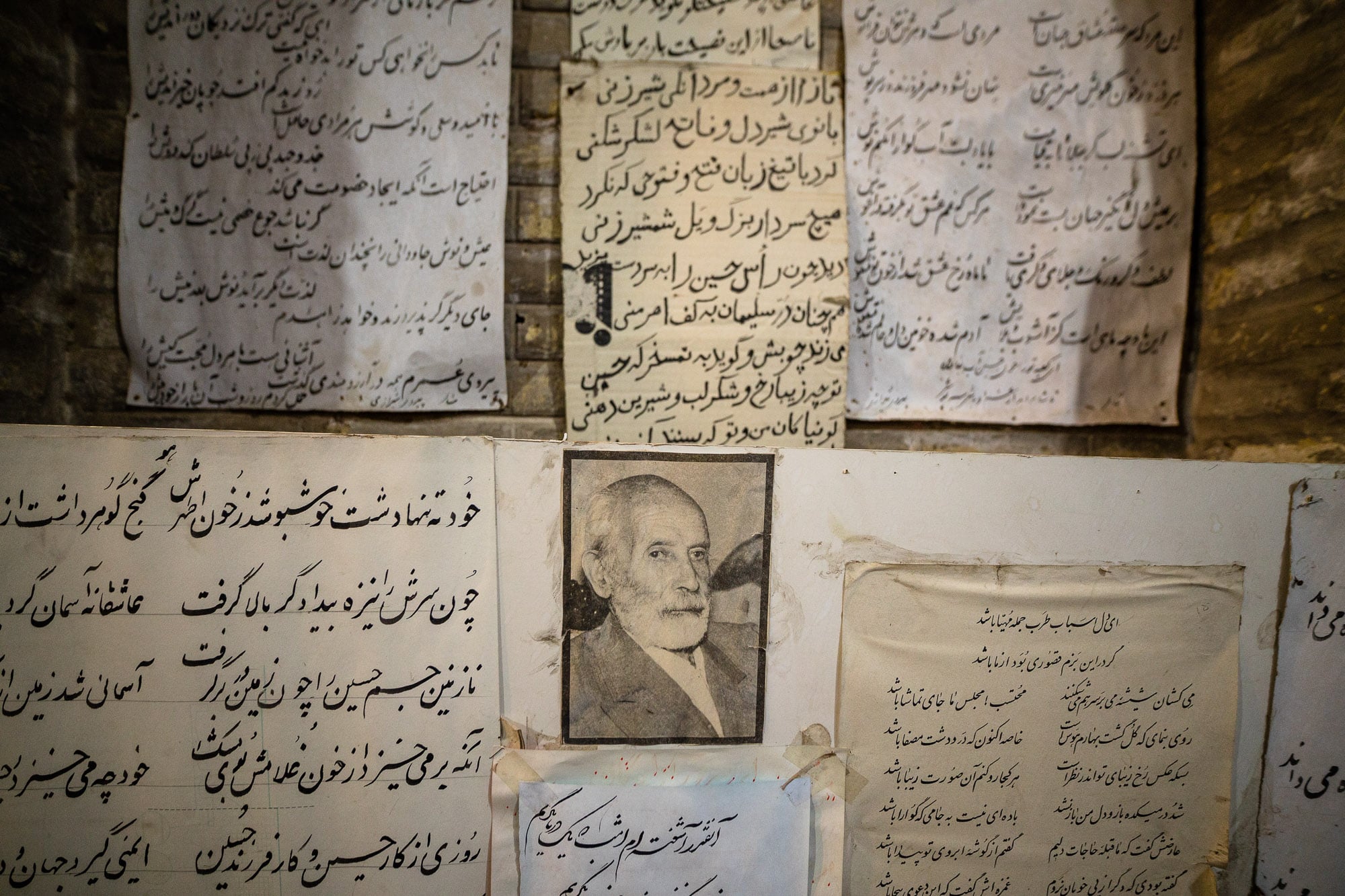 The walls of the café, which is operated by his son and his grandson, are also covered in his poems. Some of them are about faith, and some are about love. There is one in which Hussein advises his readers to never grow old. He was 86 when he died. His picture is on the wall, just above the compulsory portrait of the supreme leaders. He looks old and frail on his picture, a thin mustache and sunken cheeks. 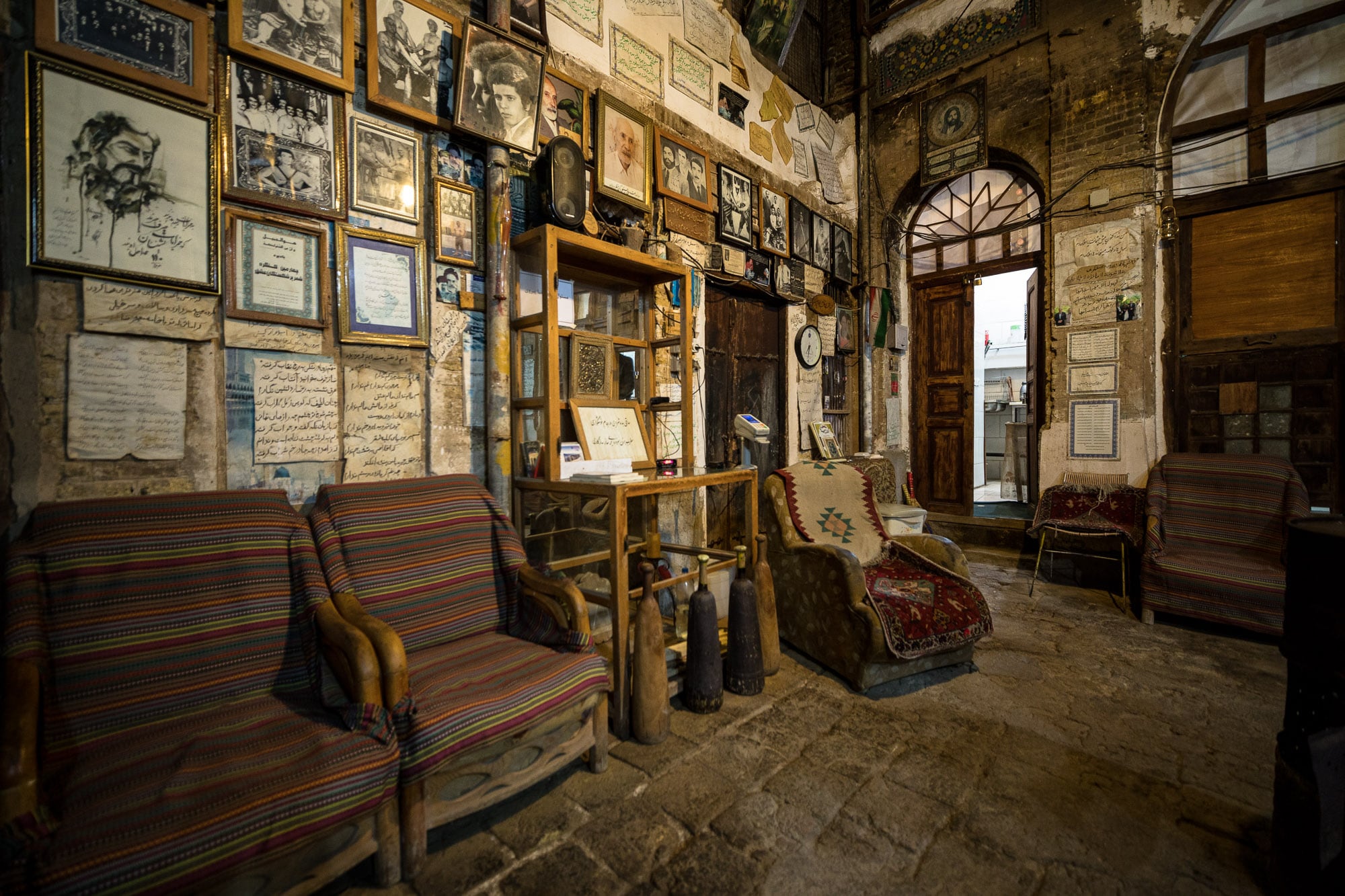 There are some old black and white photographs of strongmen next to his, and it is unclear what one has to do with the other. Nothing, says Hussein’s grandson as he adjusts the old coal-burning stove in the center of the café. The stove makes a soft crackling sound that blends in with the buzzing sounds from the bazaar on the other side of the archway. 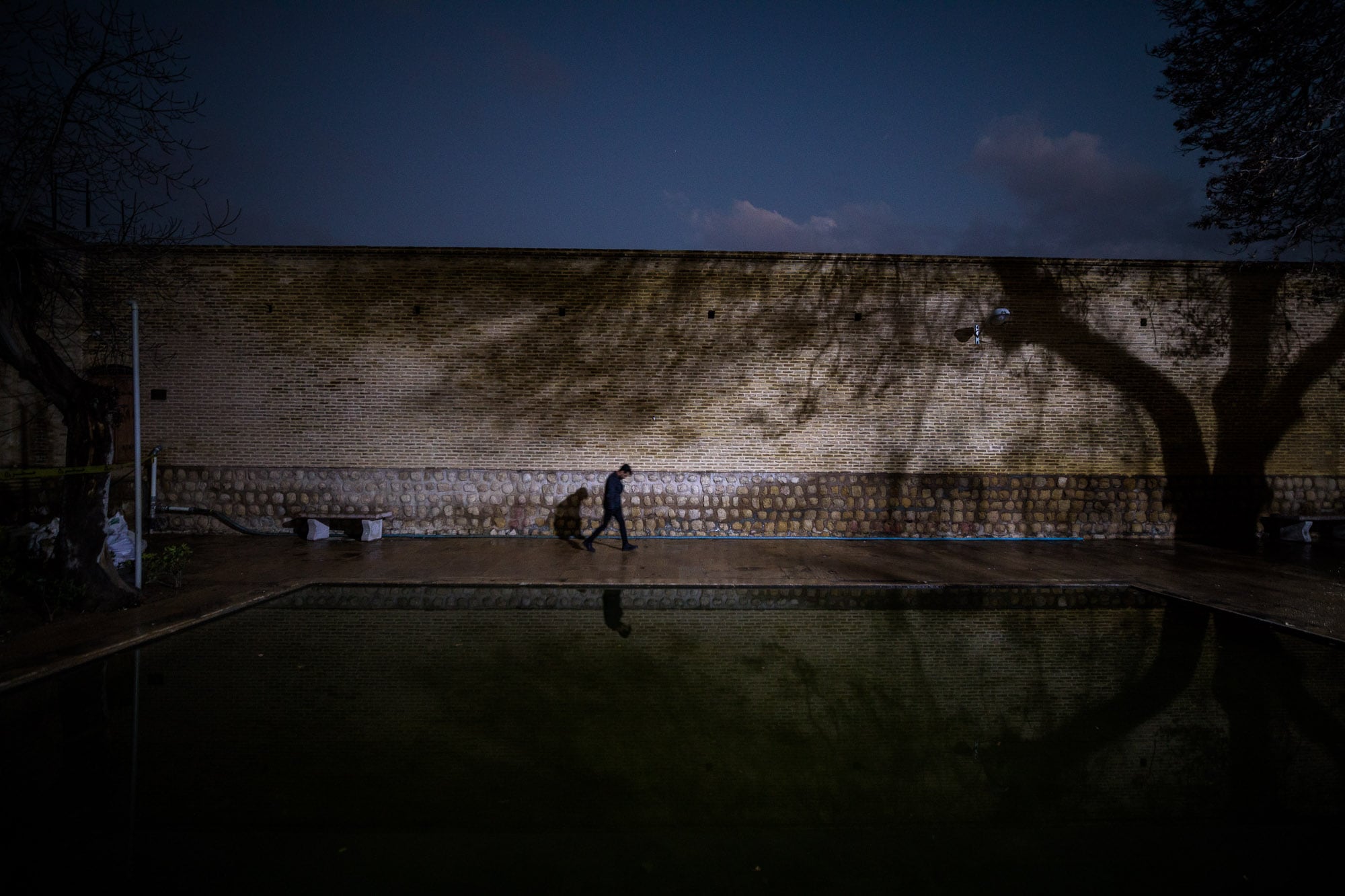 Oh, and then I went to a Holy Shrine. It was called Shah Cheragh, and it contained the tombs of two brothers of Imam Reza, who is buried in Mashhad. 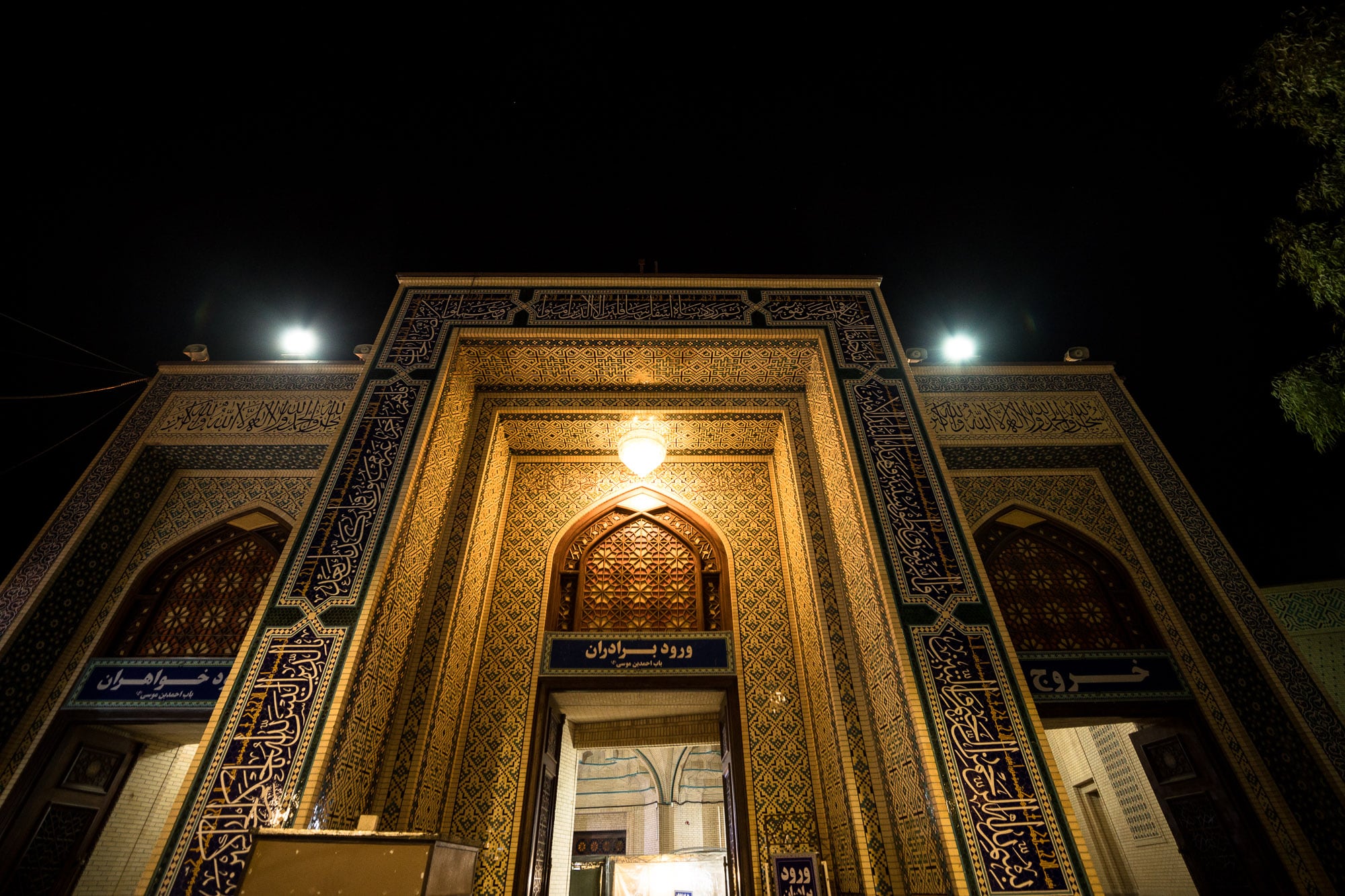 Word is that this is the third-holiest shrine in Iran (after those of Mashhad and Qom). 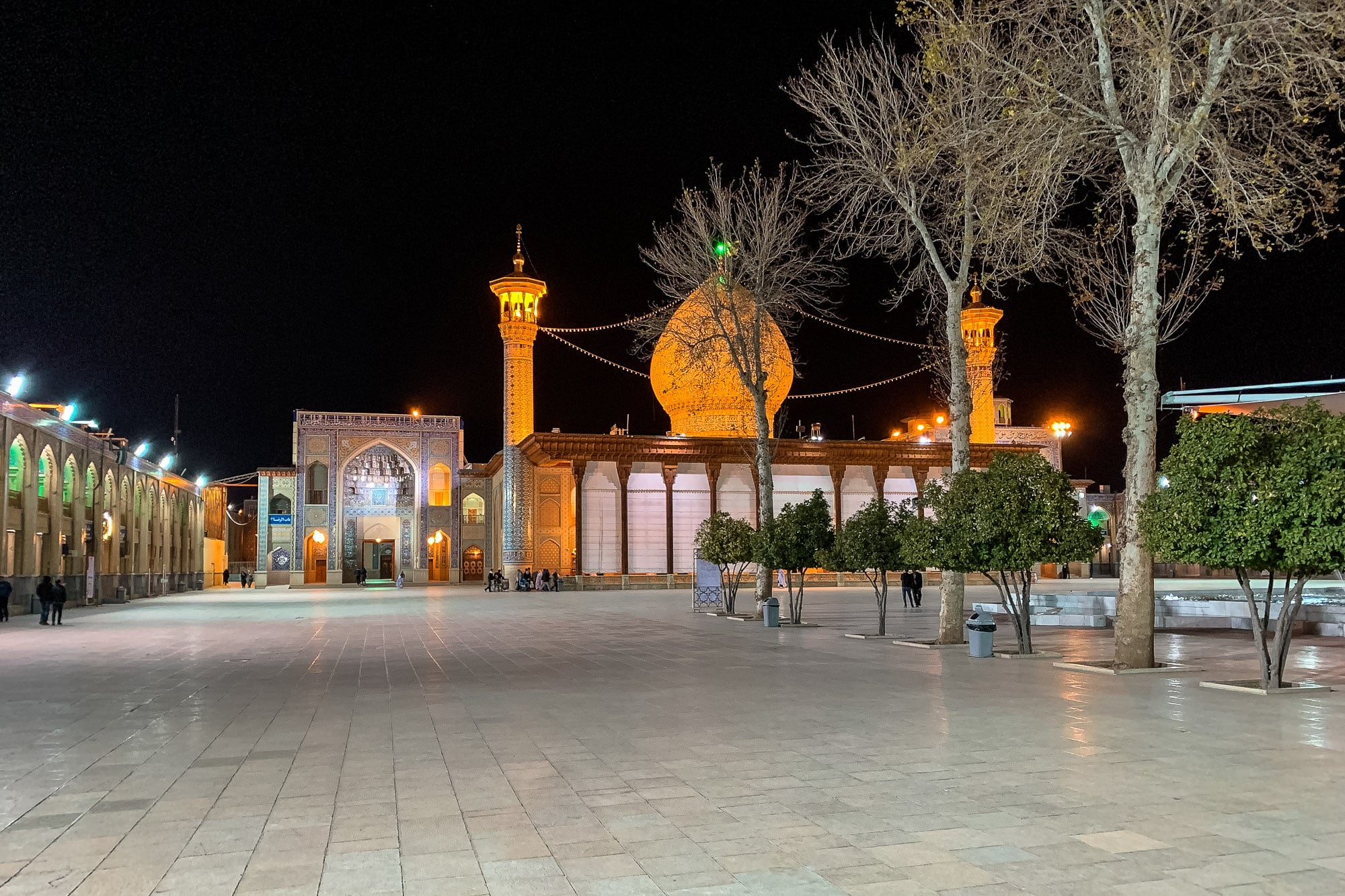 And just like in Mashhad, I was only allowed to enter with a guide, and the innermost part was off-limits for me. 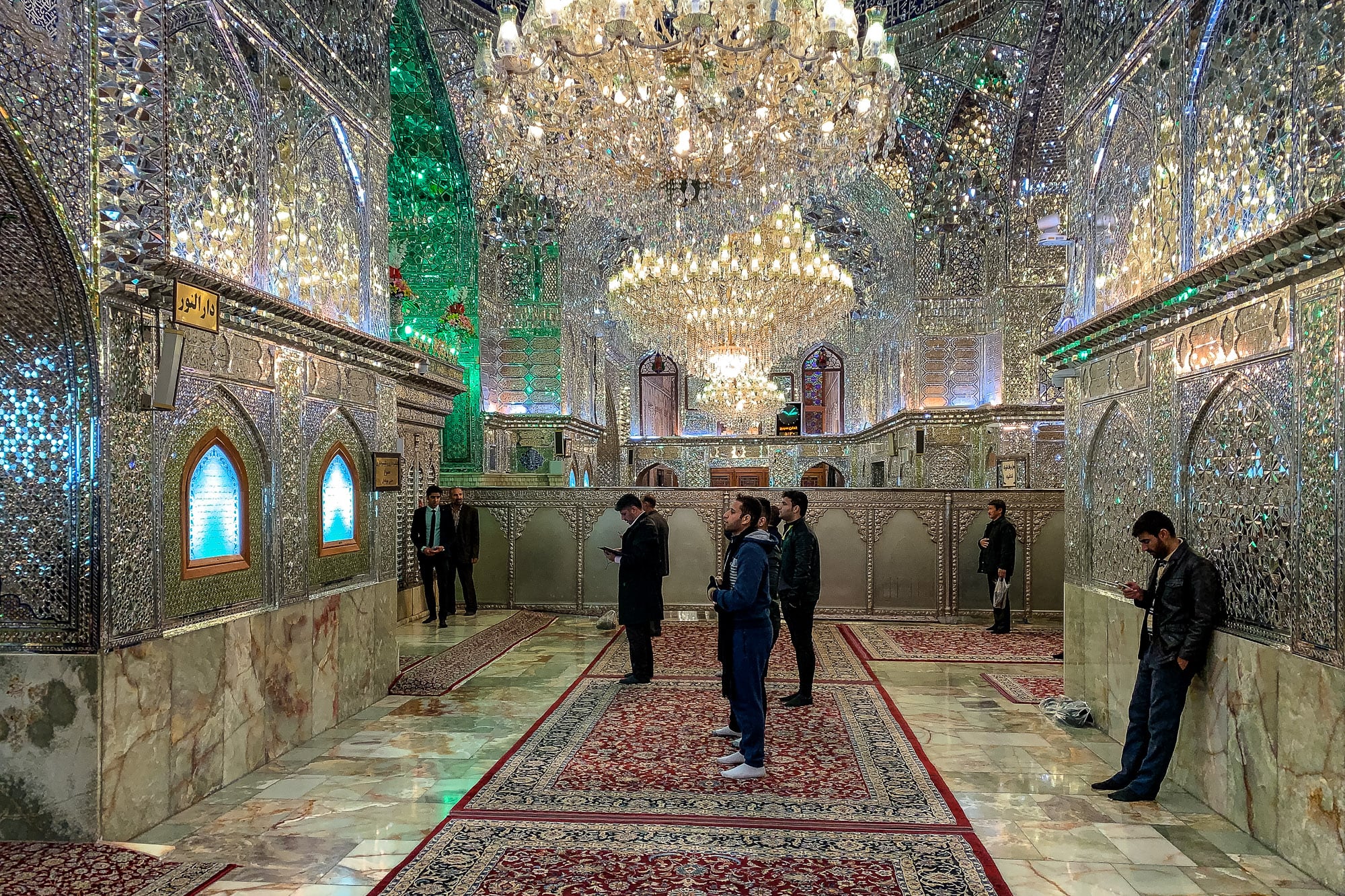 Apparently it was because I wasn’t a Muslim.