The sun should have come up at 6:30, and it probably did. 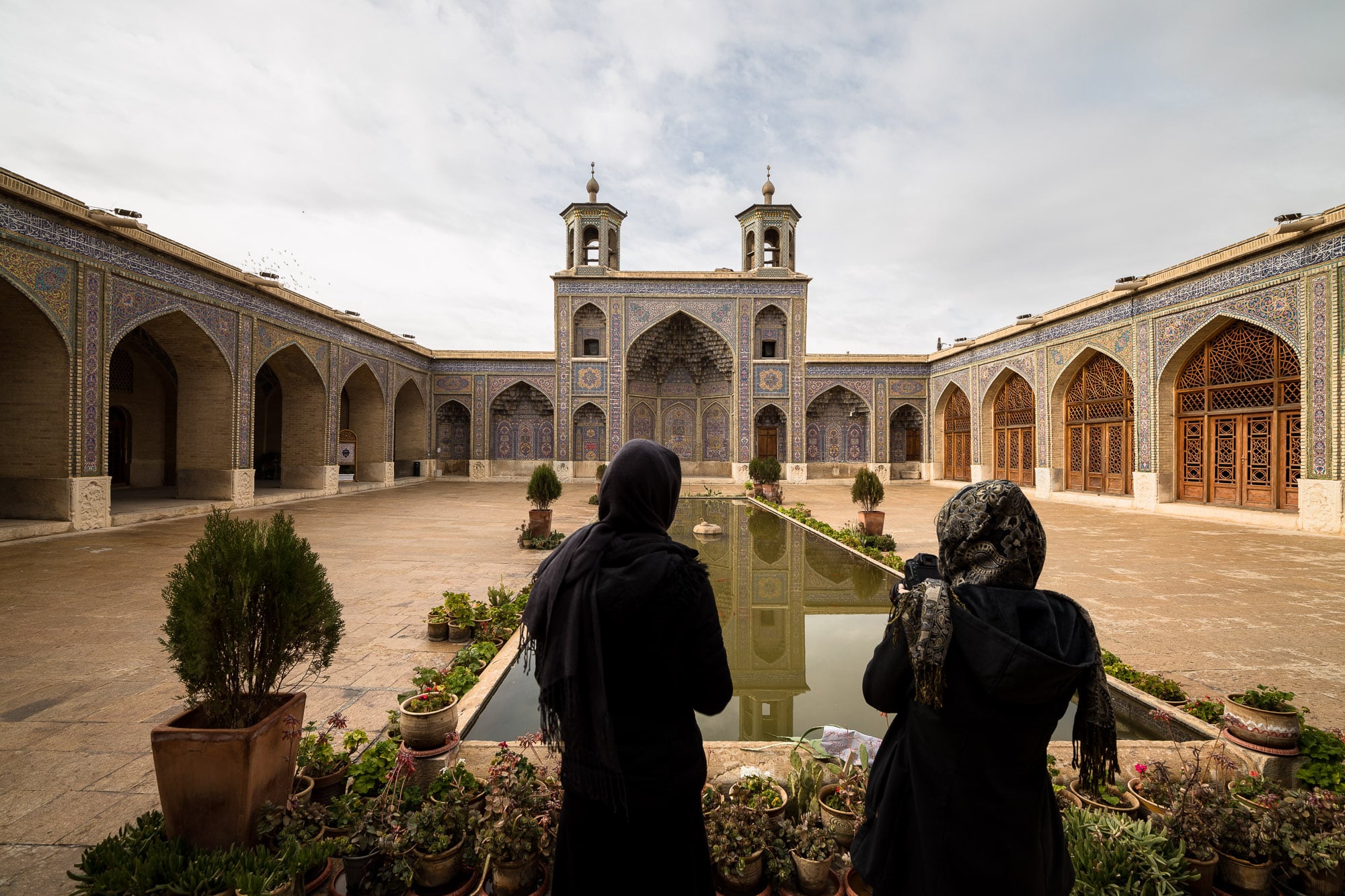 But – much to everyone’s regret – it had apparently chosen to remain hidden behind a layer of clouds. Maybe it wasn’t aware that it had an audience. 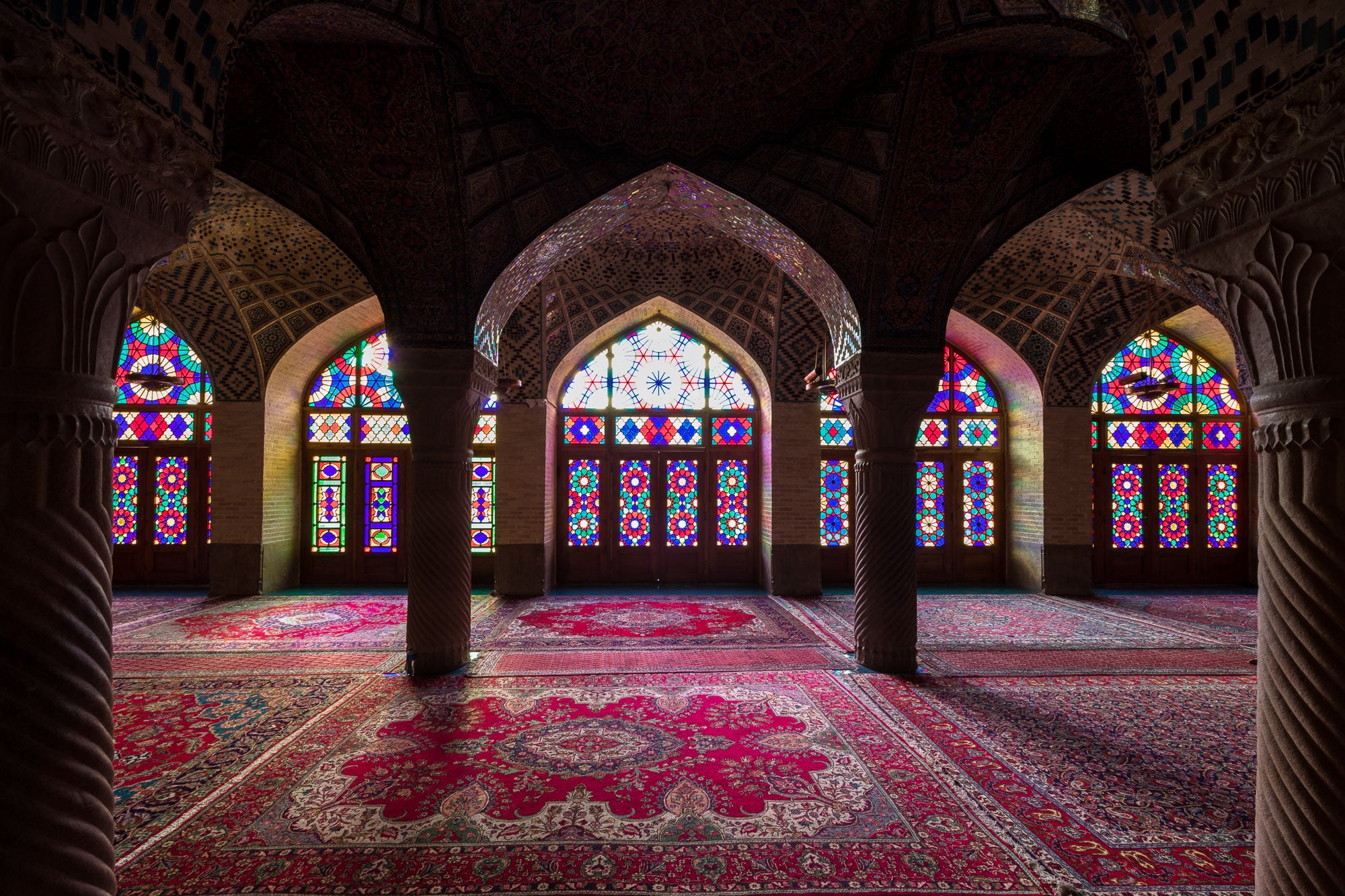 It took until 8:28 for the sun to finally come out, and when it did, it gracefully and generously lit the windows and the carpets of the mosque on fire. 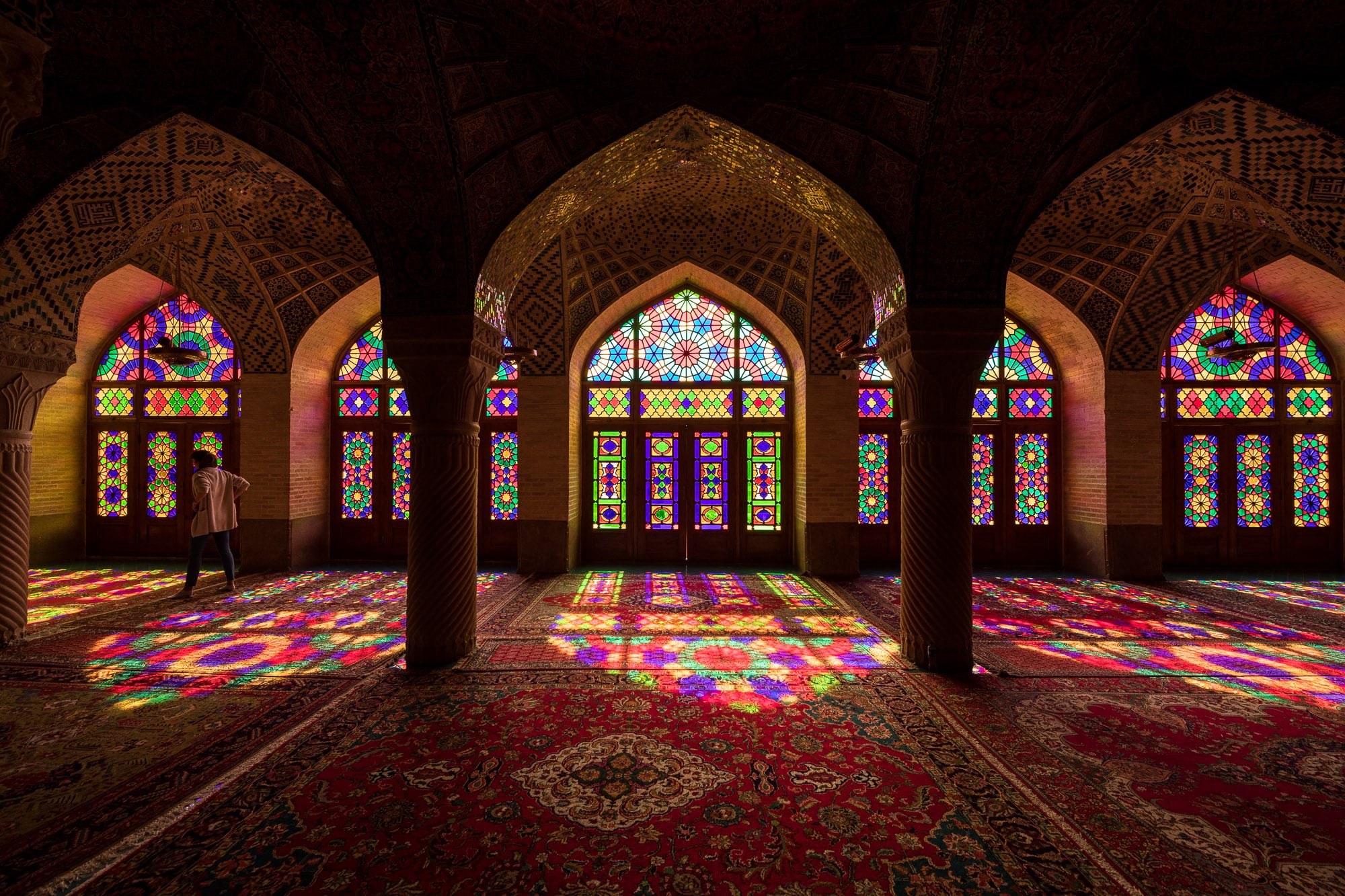 I think it was me.

The mosque was called Nasiromolk, and it wasn’t really that old – end of the 19th century – but it was very famous for its colorfully ornamented windows. Most of the ornaments looked like flowers, and there was something grandmotherly and unimpressive about them as long as they were in the shade. But when the sun did hit them, they burned in bright reds, blues, yellows, and greens. 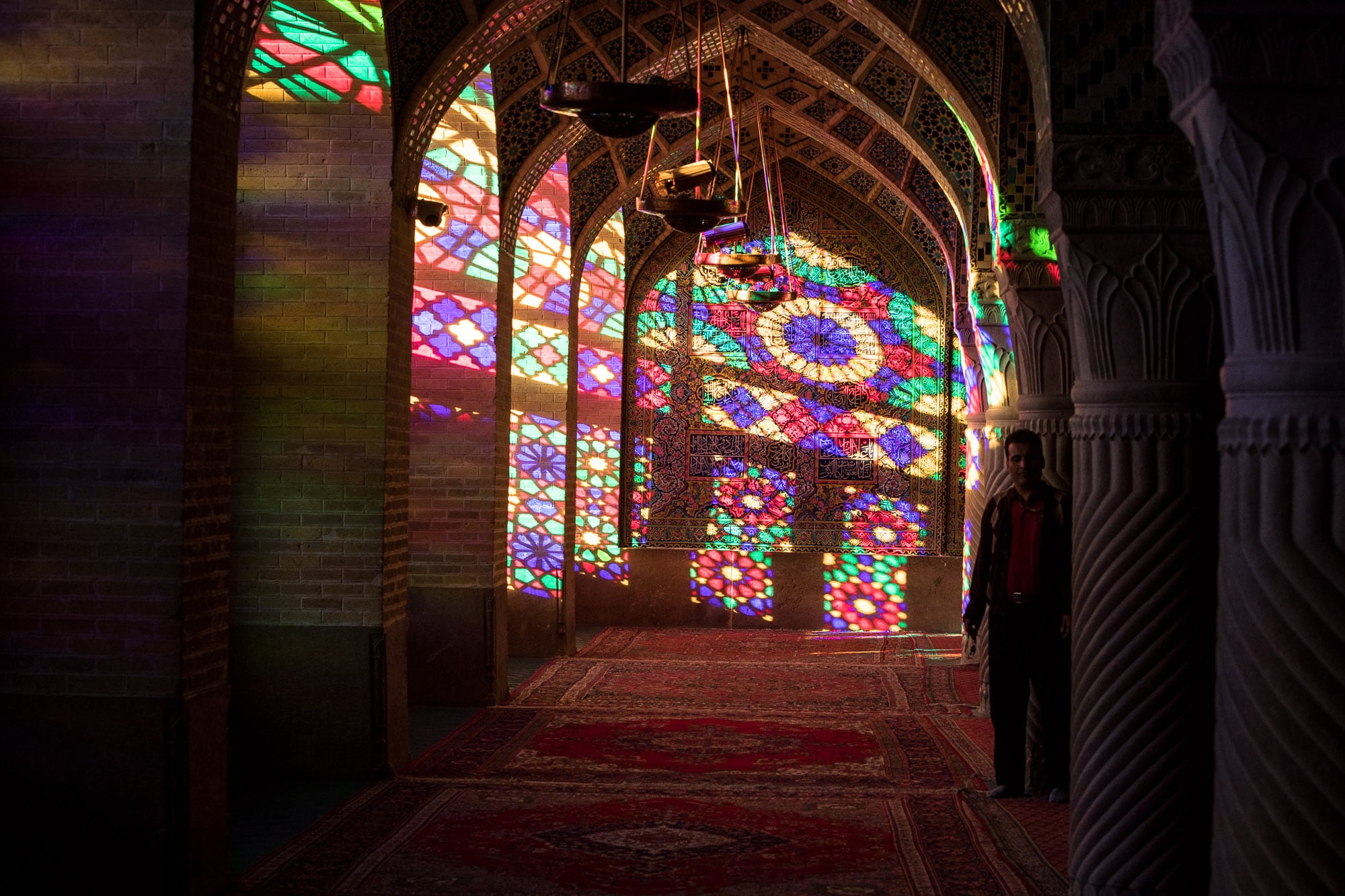 And the carpets burned, too.

A few dozen people were there, wandering around and taking photos in the mosque. Most of them were Chinese and loud, but then a bunch of Iranians appeared who turned out to be even louder. 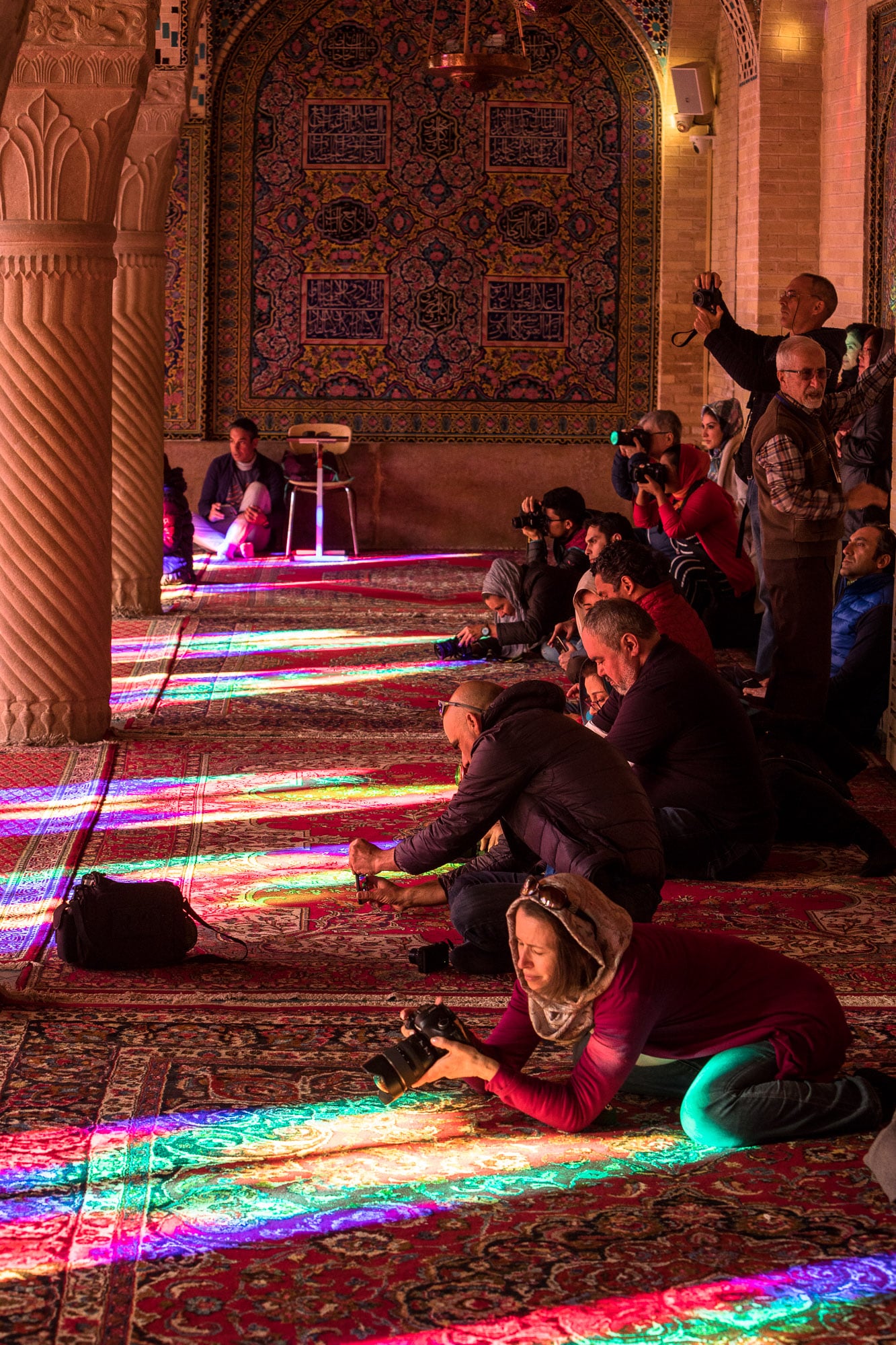 There was lots of portrait photography: person leaning against the wall, looking lost in thought – click. 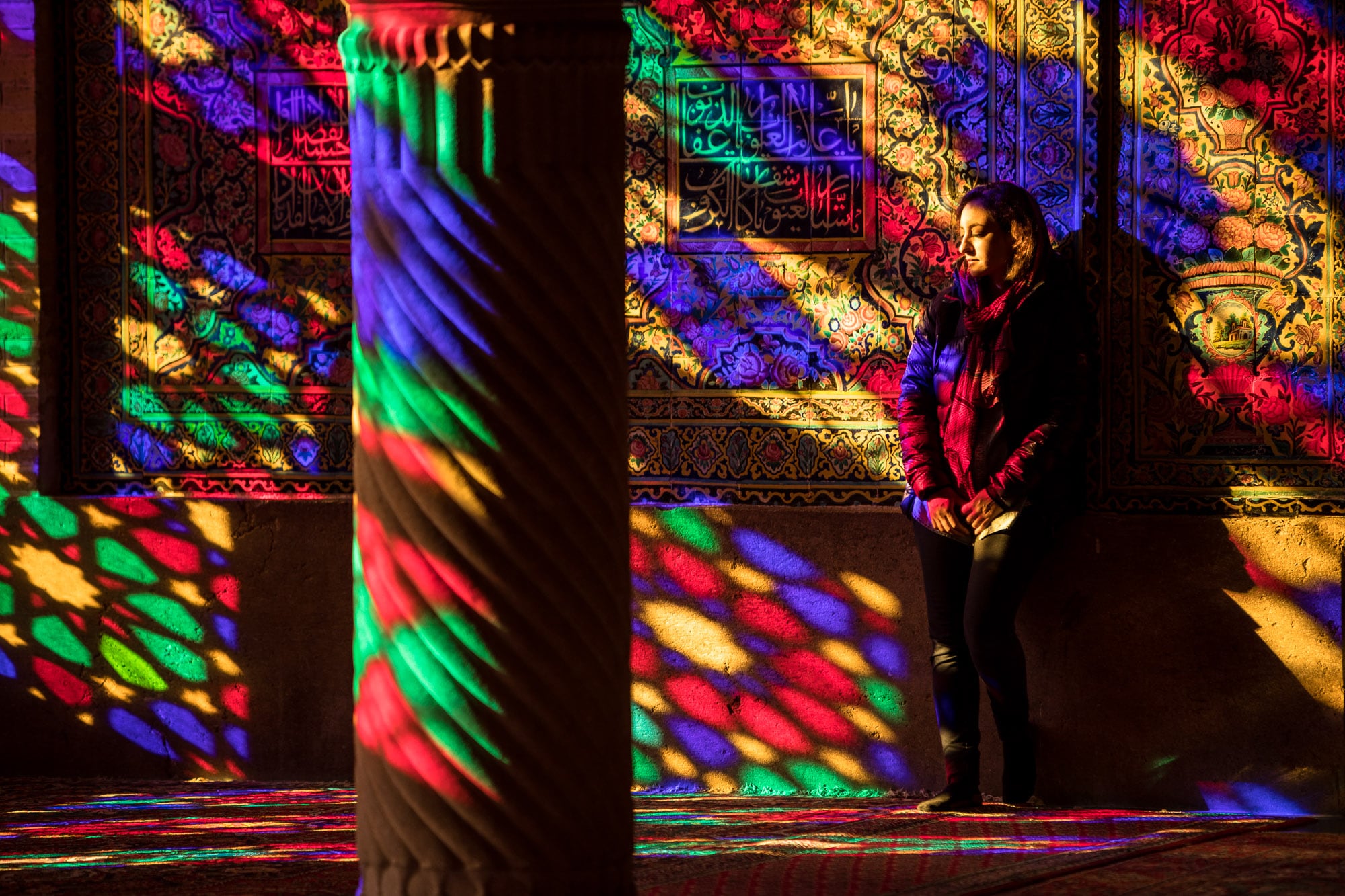 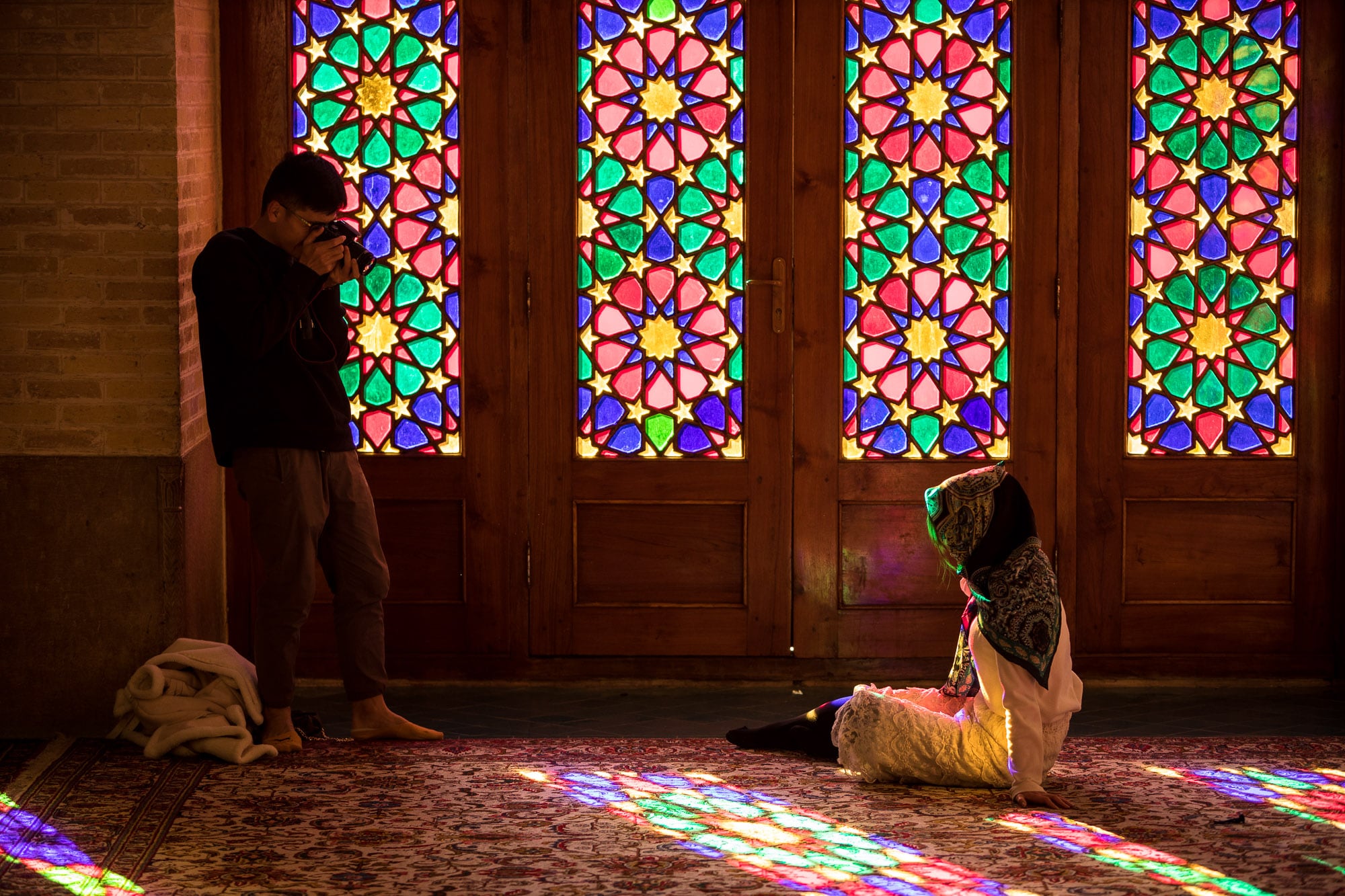 Sad to think that most of the photos would probably turn out to look like 80s album covers. 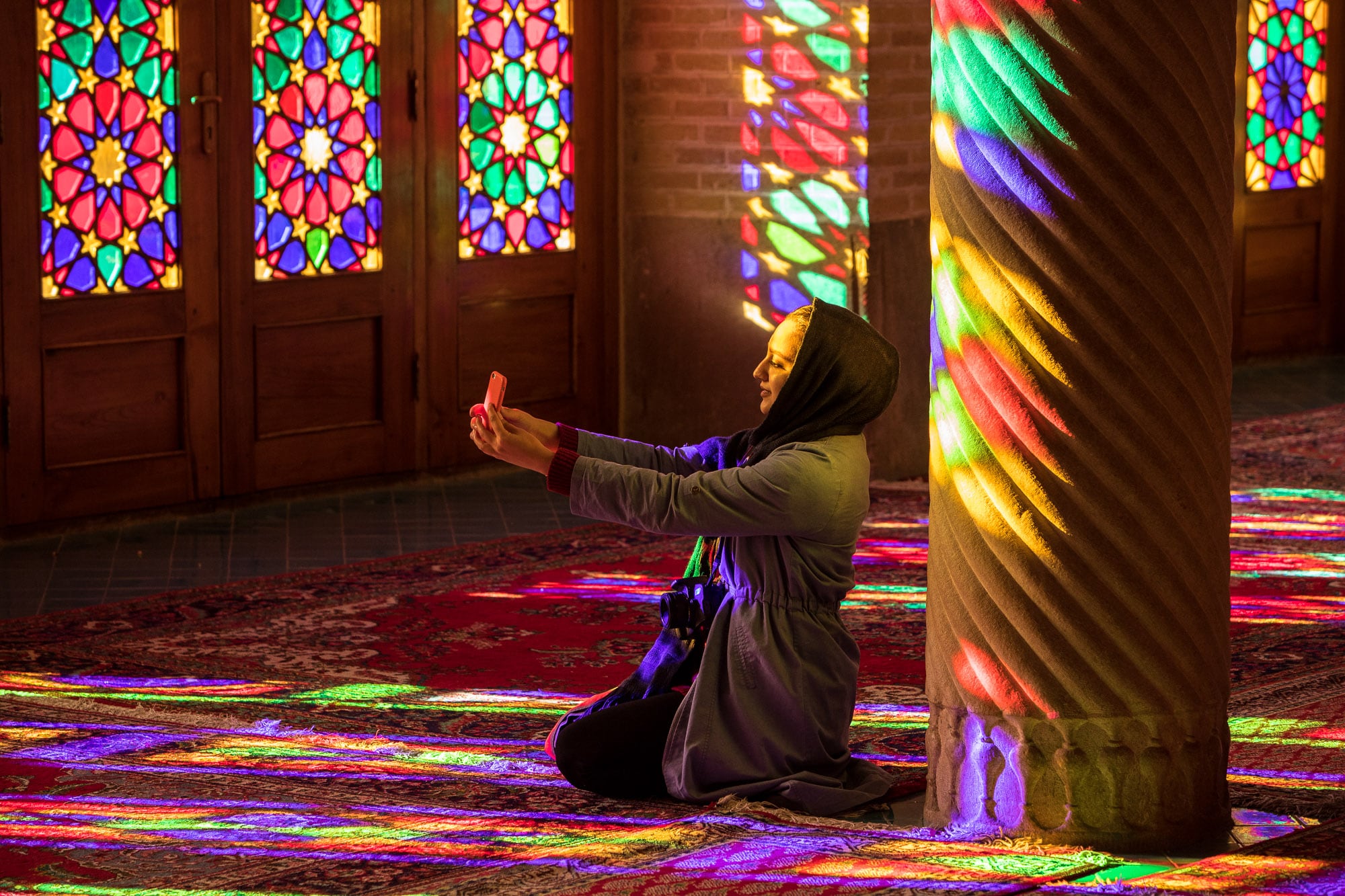 I thought that actually the pillars and the arches of the structure seemed to be more interesting than the ornamented windows. They had been chiseled and put together in spectacularly small details, and there was an overlying sense of harmony while each one of them was different from all the others. But they had nothing on the windows, simply because they didn’t shine when the light hit them. 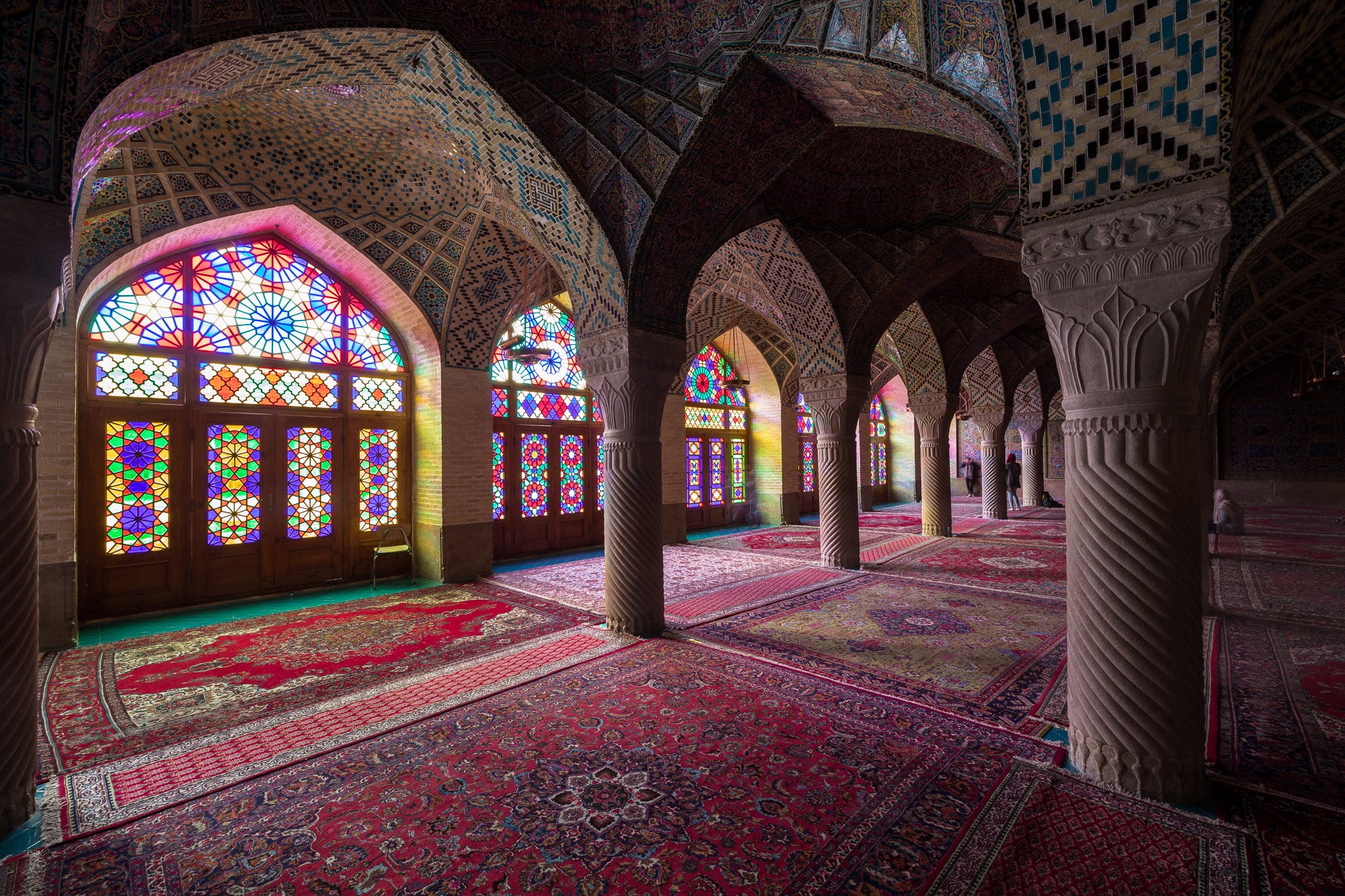 The Qavam House (or Naranjestan, as it is also called), the estate of a rich family from the 19th century, didn’t care about any of this. 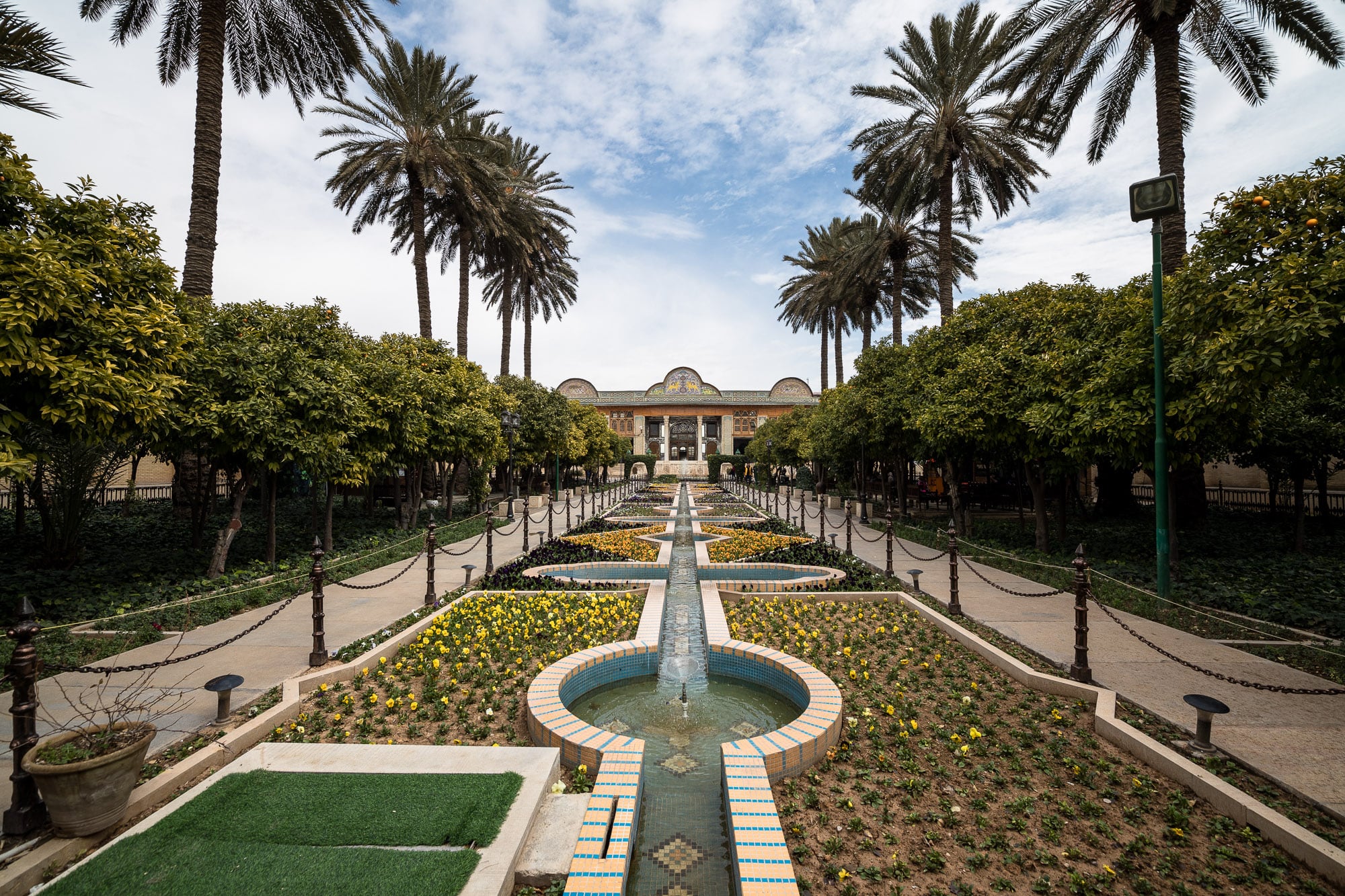 It was basically a large symmetrical garden with a palace-like building in it. The building had a mirror hall that reminded me of the Golestan Palace in Tehran. 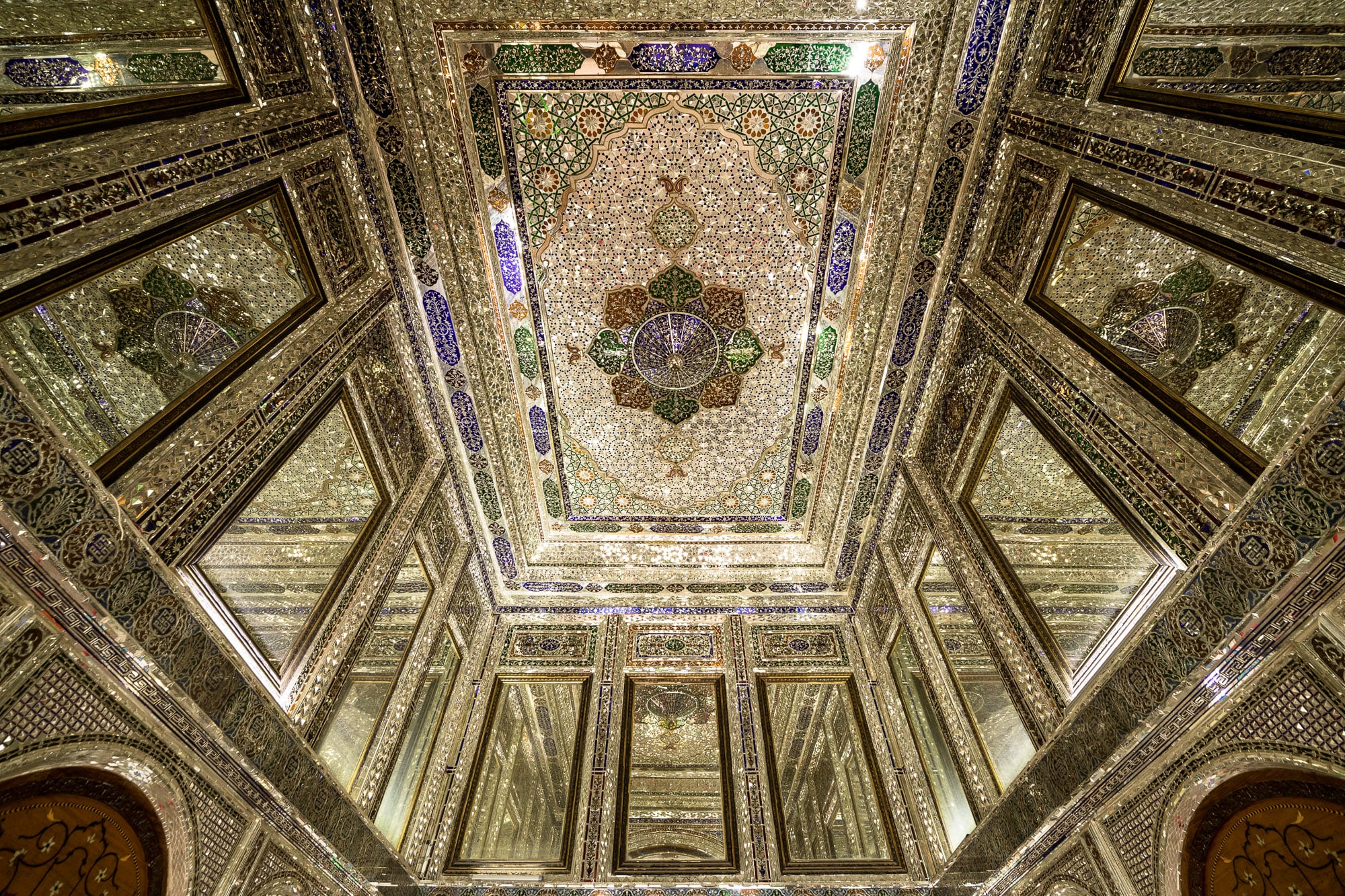 Oh, and there were a bunch of miniature paintings that had a certain European vibe to them: 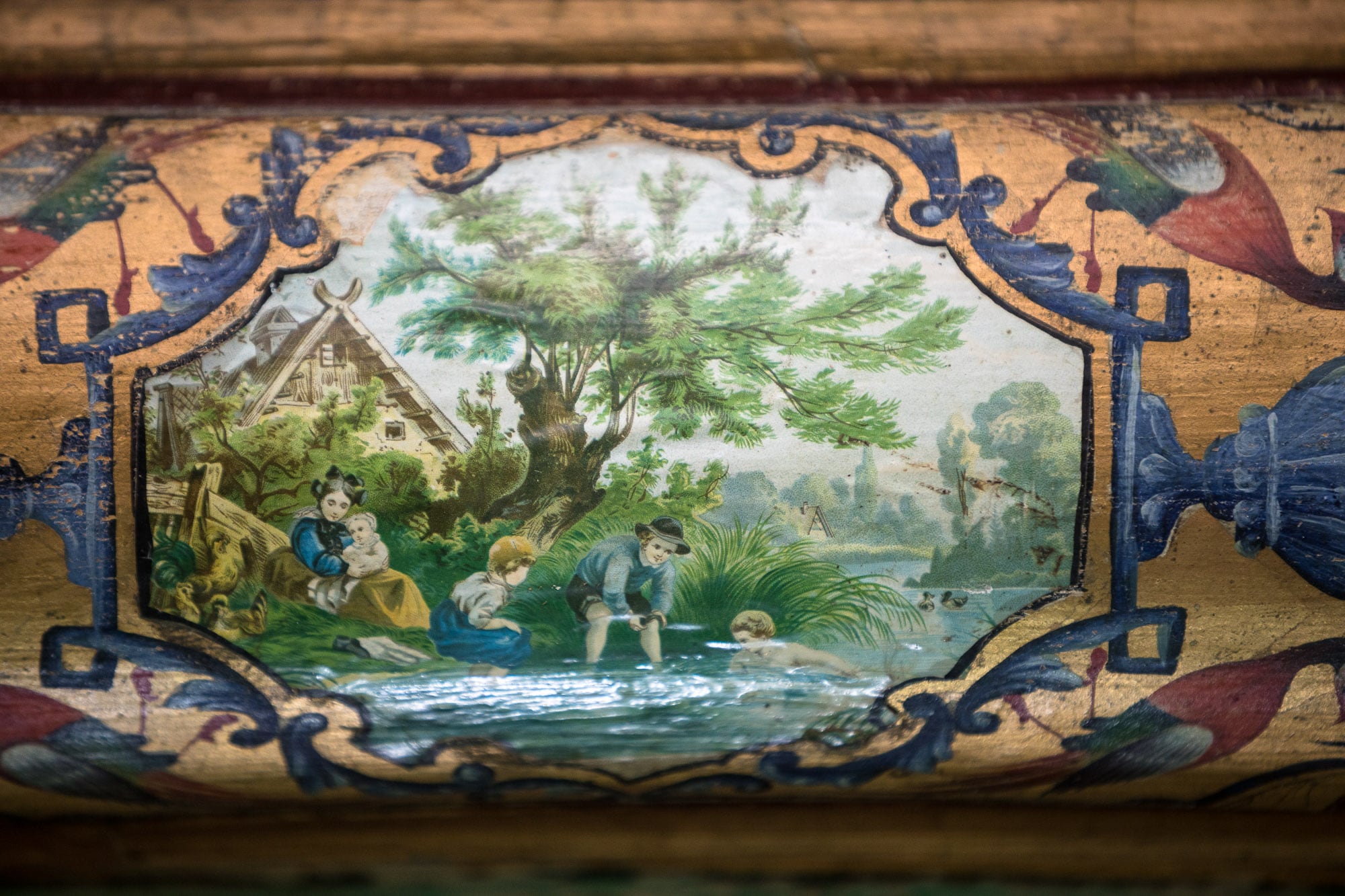 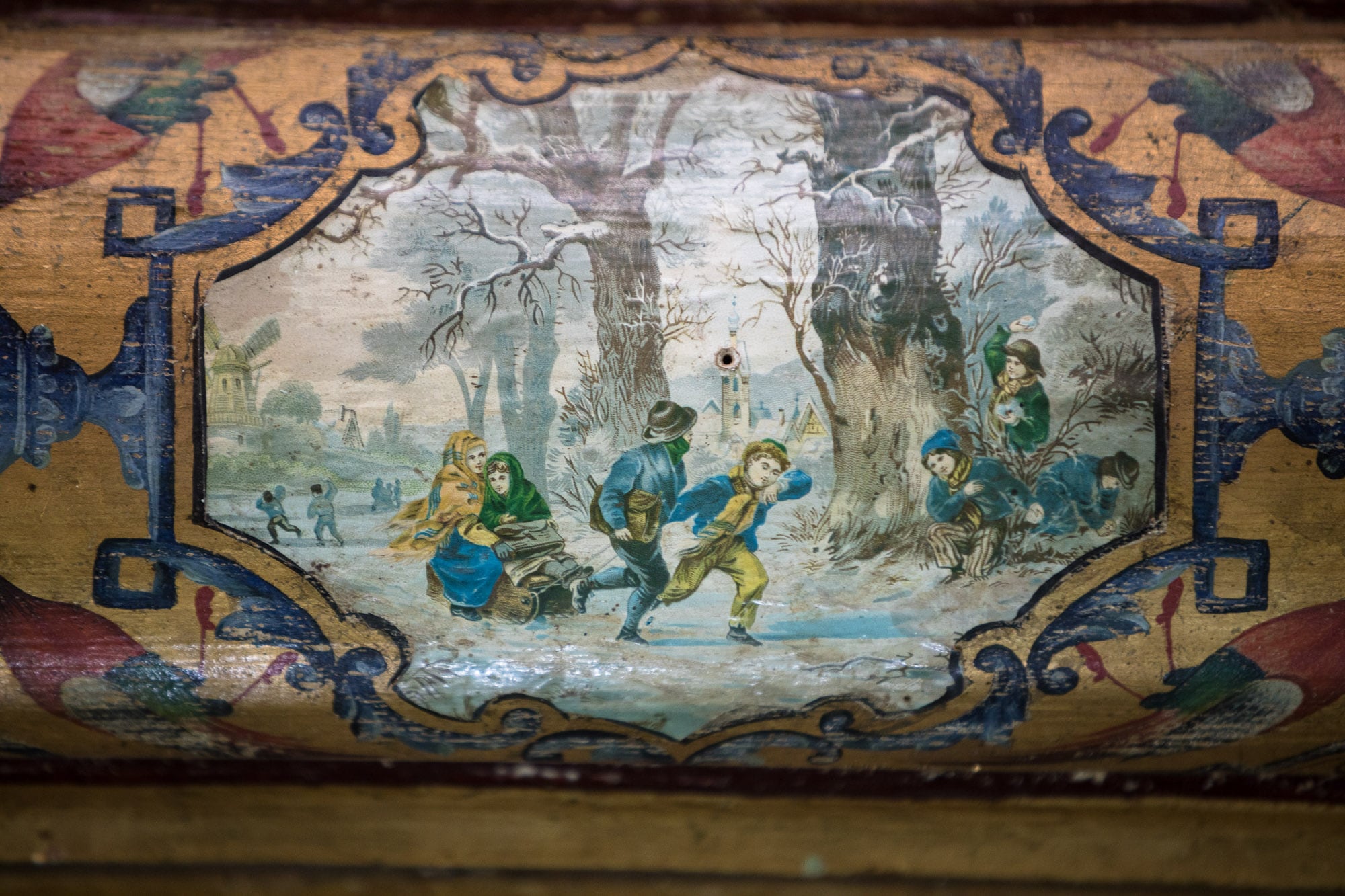