The city is outside behind the walls. On this side of them, on the inside of the walls, there is the apartment and there is tea and talk of things. Mostly of problems. Someone got out of a relationship. Someone has administrative troubles. Someone wants to leave the country. Discussions go up and down in Persian, like singsong.

A cat walks around. More tea. 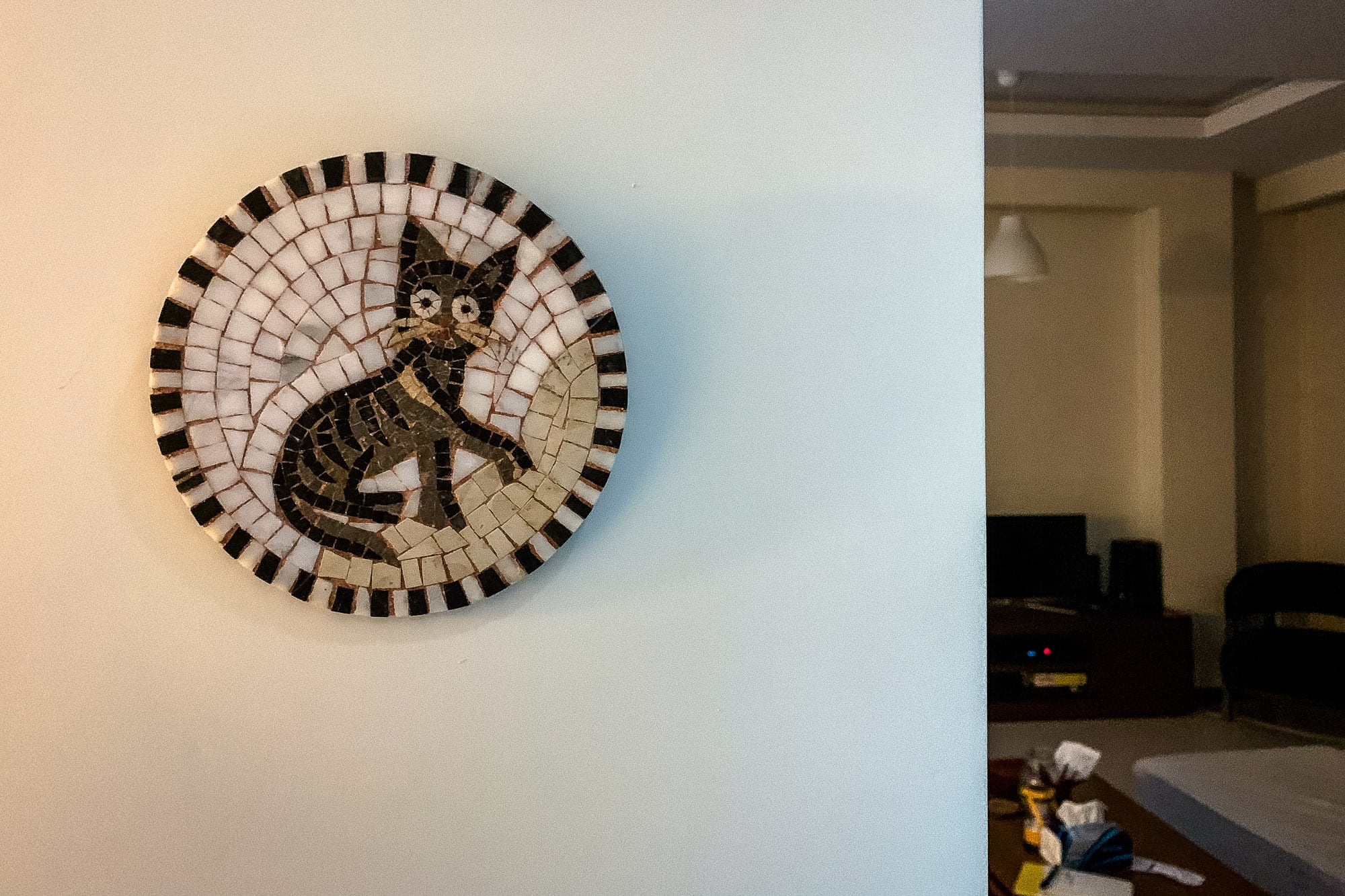 At some point a door in a wardrobe breaks down. Four of us try to fix it while the fifth is playing guitar. In the end we give up and set the door down on the floor.

There is fish with rice. And tea. It’s six pm. “That was lunch.” Apparently someone else is going to make dinner later. I have no clue at what time that is supposed to happen. More problems are being talked about.

Later we end up in a café. Some of the patrons have tattoos and piercings. One young woman comes in with a baseball cap instead of a headscarf, then she takes it off and lets her hair down in long black curls. She keeps shooting glances at the door, but nothing happens. The other patrons are busy with their tea and their coffee and their discussions. Nobody seems to notice her hair.

After a while she gets up to leave. As she steps out of the door I can see her hands go to the back of her neck, searching for her headscarf.

It would have been silly to leave the house without one.