There is a memorial project in Germany, which is called “Stolpersteine” (literally: stumbling stones). The artist Gunter Demnig and his team find out the last living address of a victim of the Holocaust before their deportation under the Nazi regime. They then replace a small part of the sidewalk at that address with a brass plate inscribed with the name and the details of the deported person.

Bad Nenndorf has at least one Stolperstein that I know of. It is that of Ernst Blumenberg, born in 1888 and incarcerated by the nazis in 1937, who luckily managed to flee to Shanghai and make it to the USA from there: 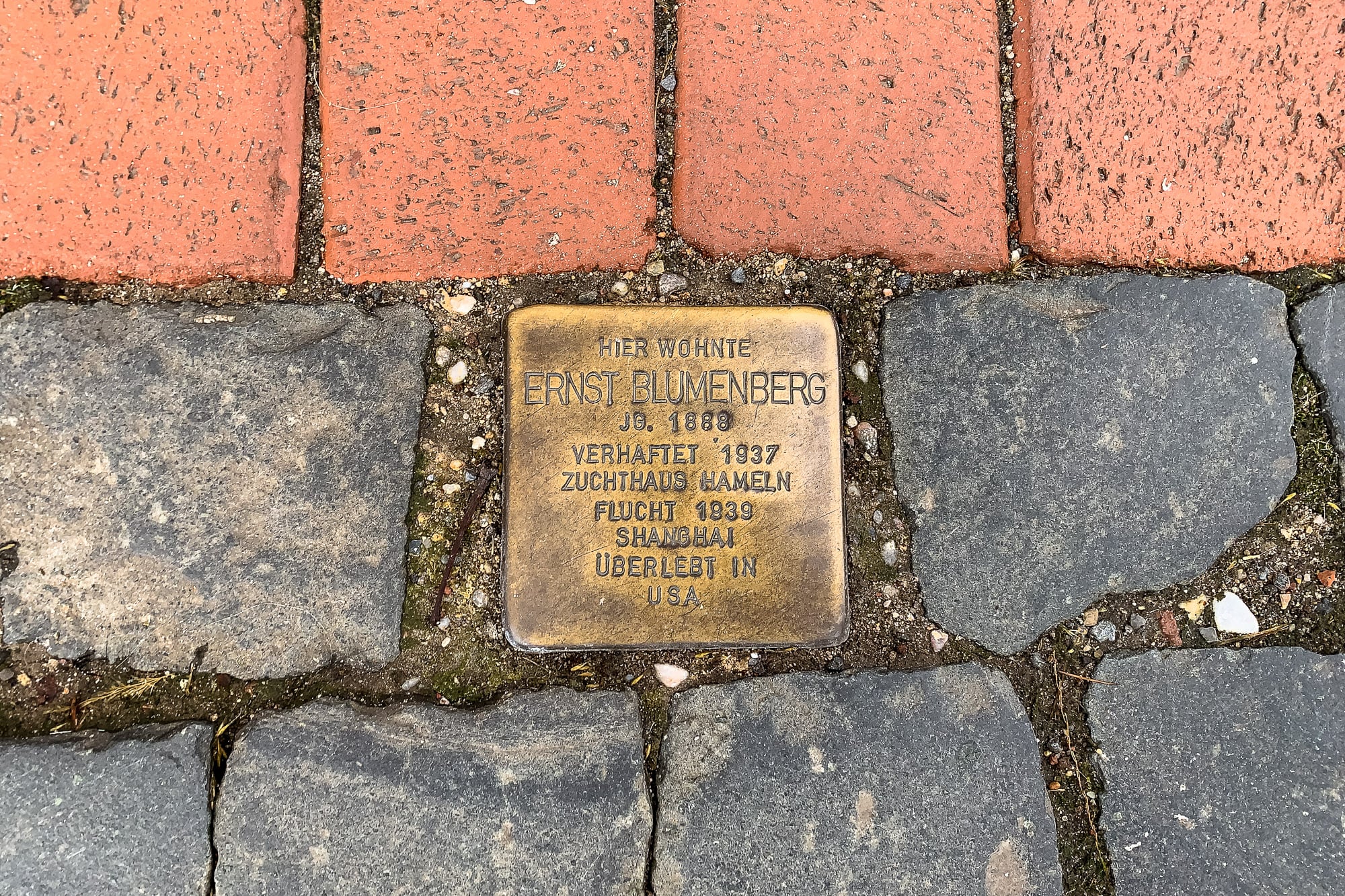 This is his former address: 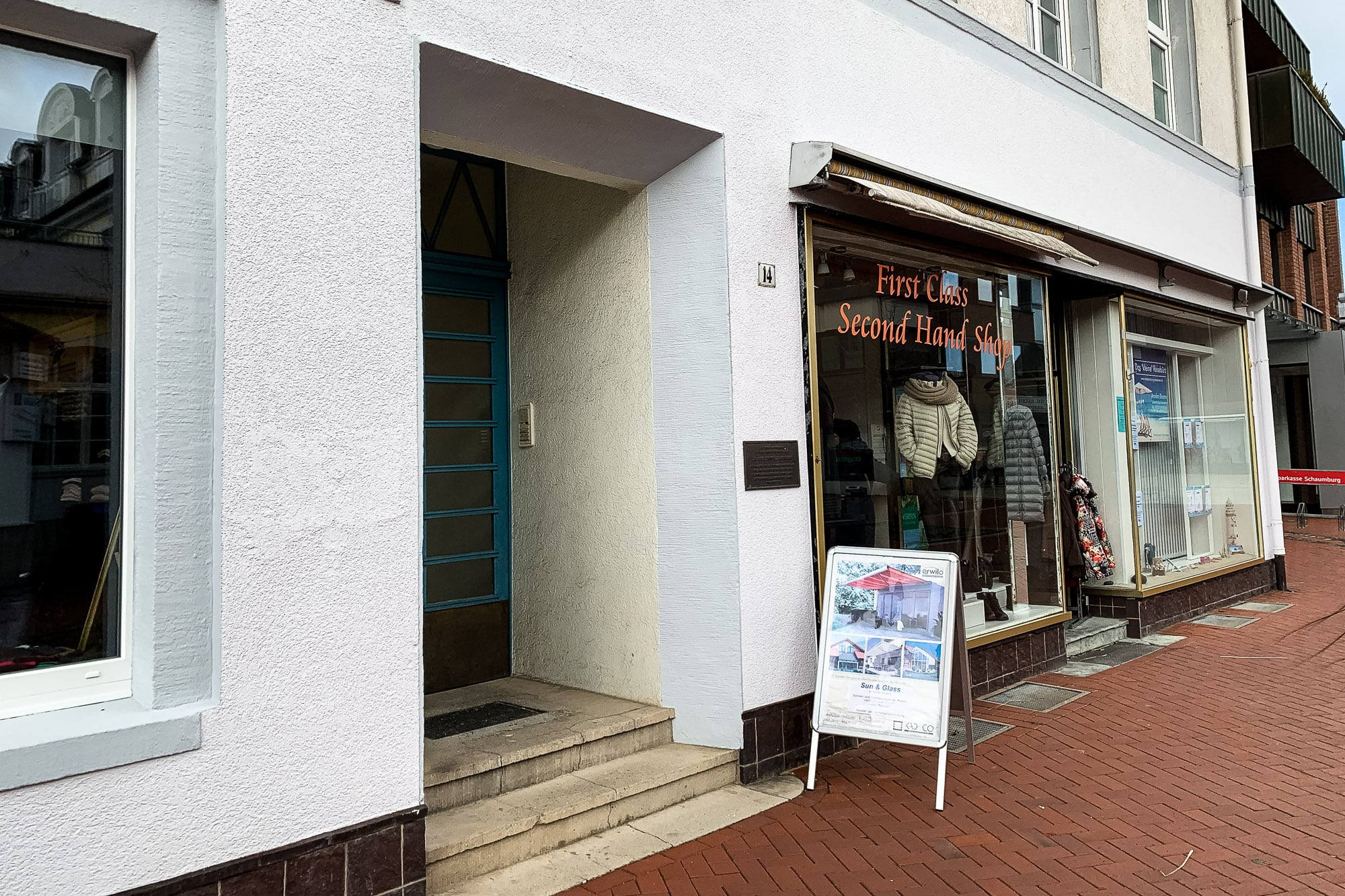 It’s the place where he lived until his country, his government, his fellow citizens, and his neighbors turned on him.