Remember that time in the summer of 2018 when I mentioned that I had sent a box of cookies to YouTube because I wanted them to lift the restrictions they had slapped on my weird beard video?

Well, today as I was gathering stuff for my taxes I stumbled upon this order for a box of Blue Snowflakes cookies. 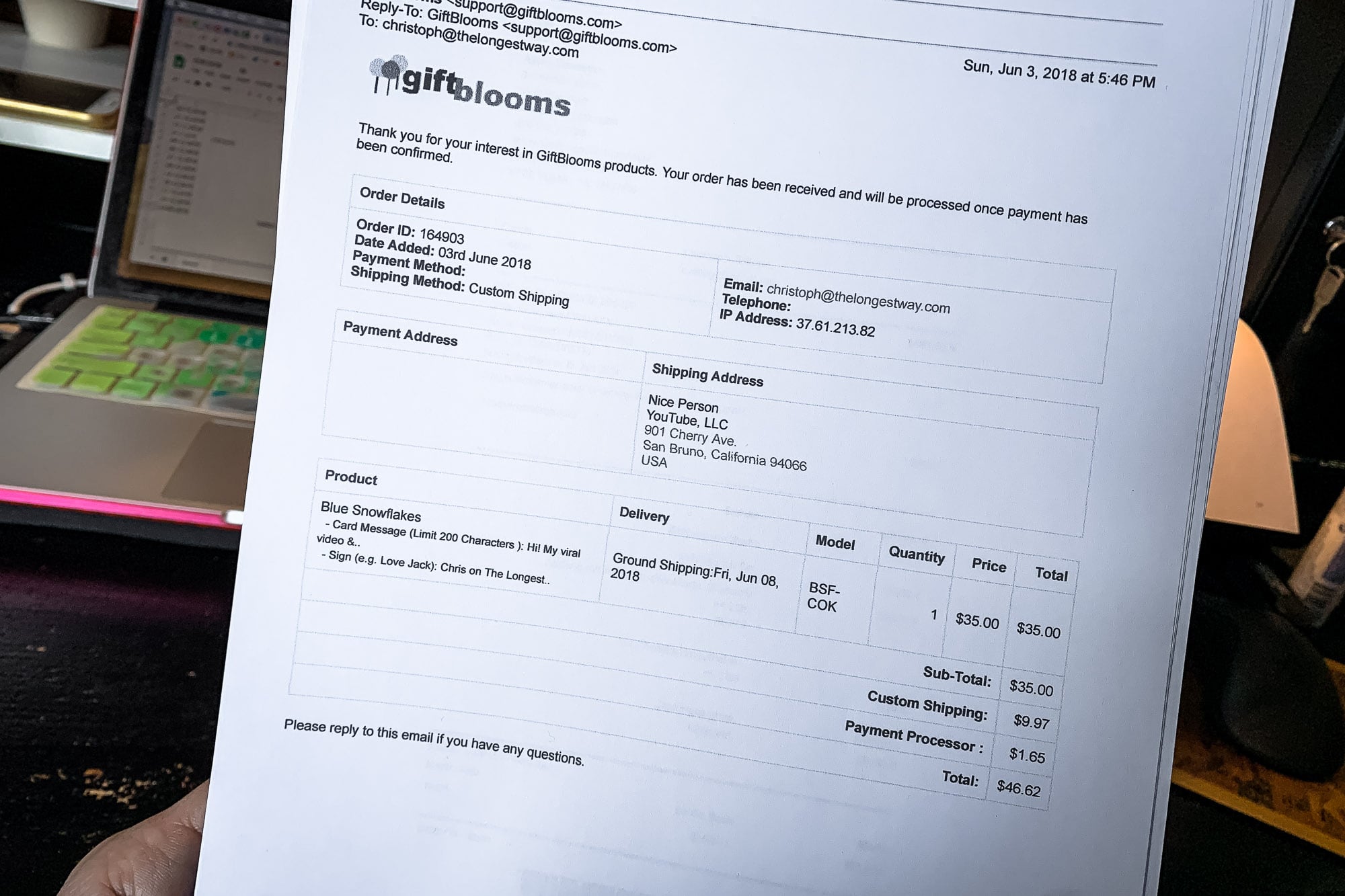 Not knowing anyone who worked at YouTube, I had simply made it out to:

Whoever that was. Of course this was an expensive box of cookies, and the whole idea was probably a bit pathetic, but I figured it was worth a try. The cookies would land at the front desk, where an intern would eventually pick them up and read the note. Then maybe someone would look into my problem.

I had put months and months of effort into my video, and I didn’t want it to be restricted.

Nothing happened for a while, until a few months ago, when the restriction on the video was suddenly lifted. It happened just like that. Without further comment.