The other day I was talking to my friend Ali who loves mountaineering, and I told him that the Caboose and I didn’t like the mountains, upon which he paused for a bit. Then he inquired if maybe I was from a rather flat part of Germany.

Yes, I said, I am from Lower Saxony. I mean, just look at the name: it’s literally the LOWER part of something.

I thought about this for a while: I had been brought up in the flatness of Northern Germany, therefore I didn’t like the mountains. It only made sense.

And the same was true when it came to architecture. I really love skyscrapers. For me it’s the higher, the better, and those of you who’ve been to one of my presentations know that Bad Nenndorf has a building that has six (!) stories, and that we Bad Nenndorfians refer to this building as the “Hochhaus”, which means “highrise”. So there you have it. The love for skyscrapers is part of my cultural DNA.

The Bad Nenndorf highrise is so tall, you can see it from everywhere in town, towering high above all the other buildings. 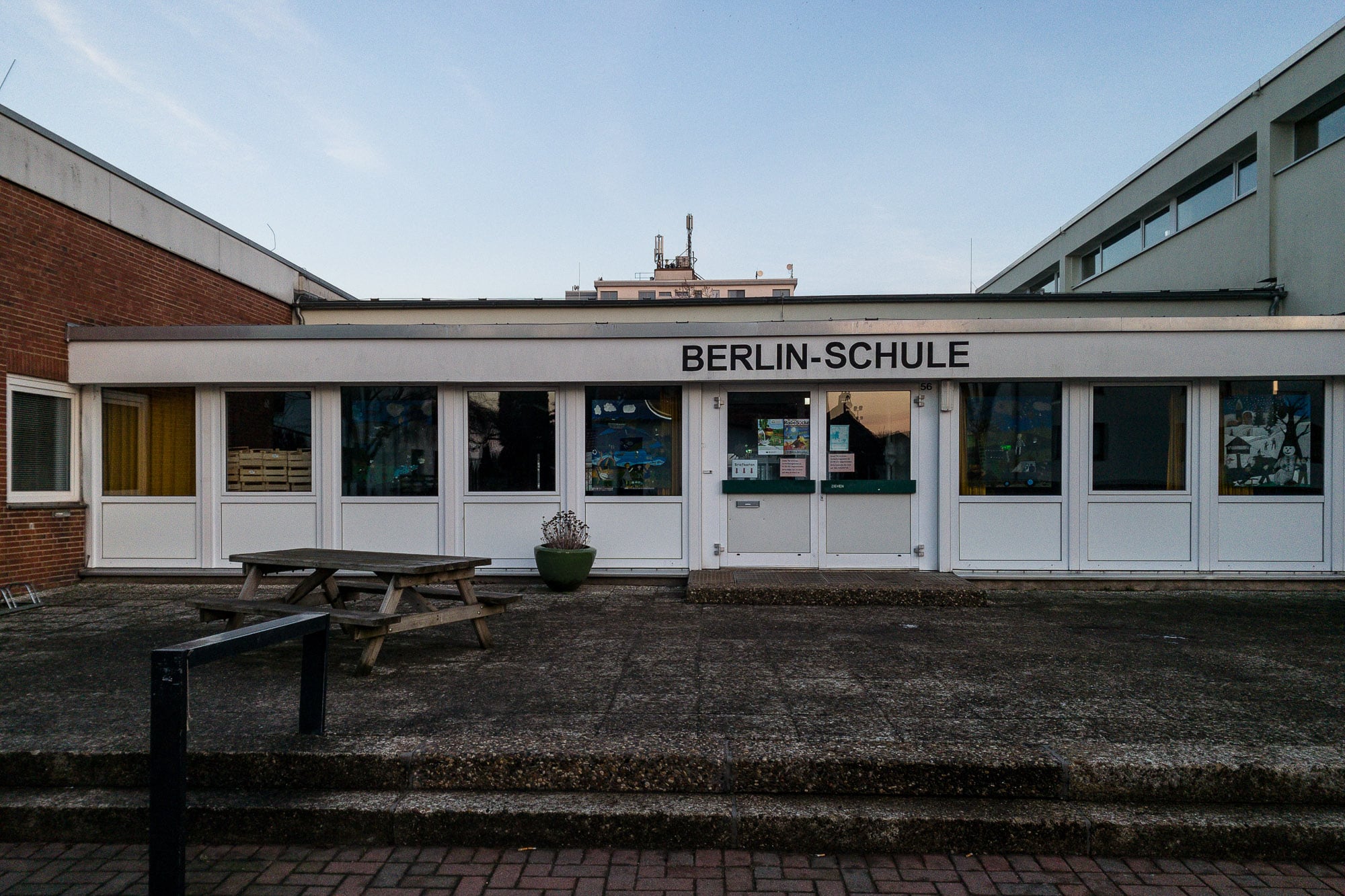 They say it is so tall that its top floors have their own weather forecast: 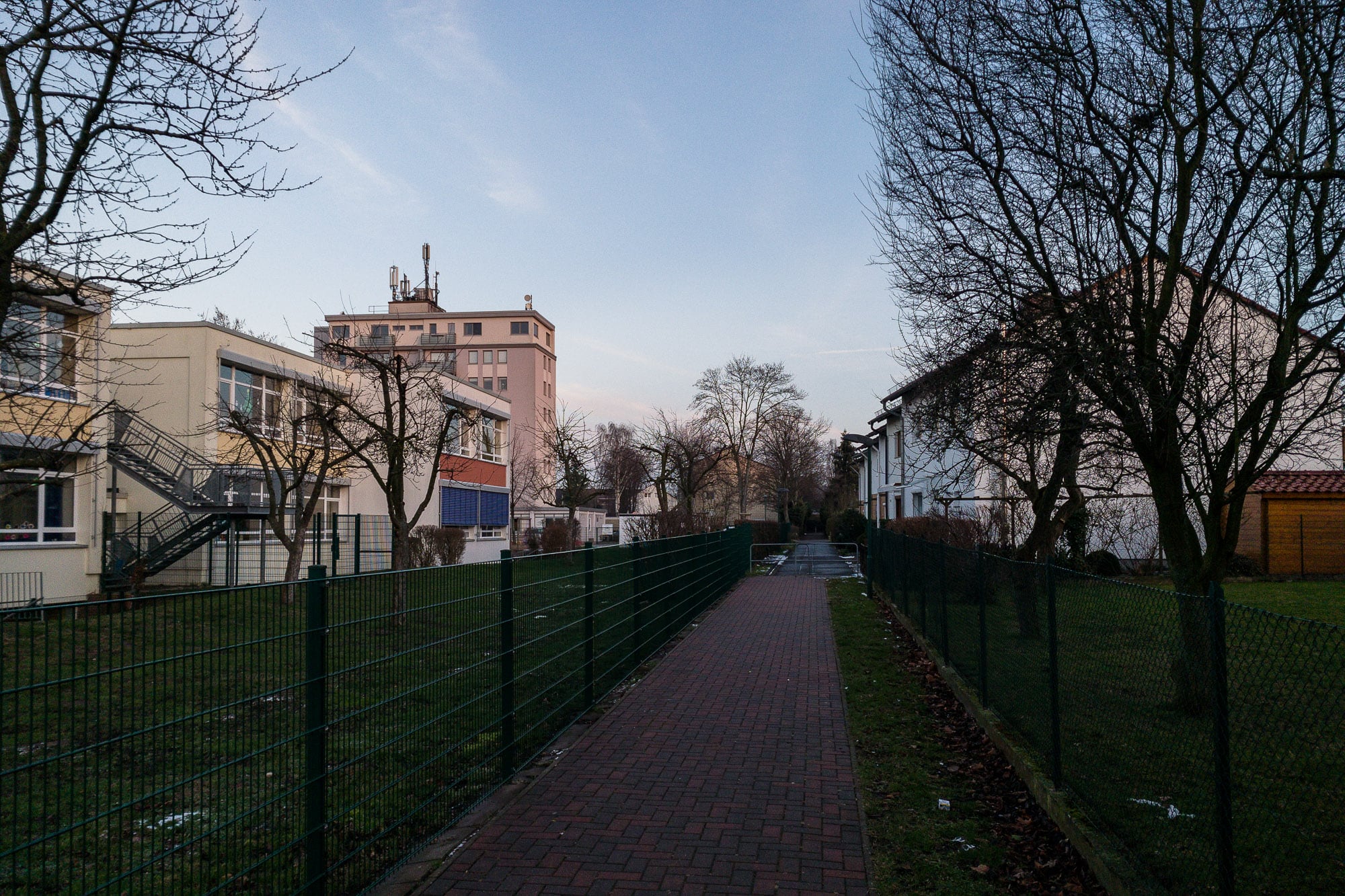 Of course this is very hard to verify because nobody has ever been there, all the way up to the top floors. The problem isn’t that there is no elevator (there is), but that nobody in Bad Nenndorf possesses the space suit that would be necessary to withstand the lack of pressure and oxygen: 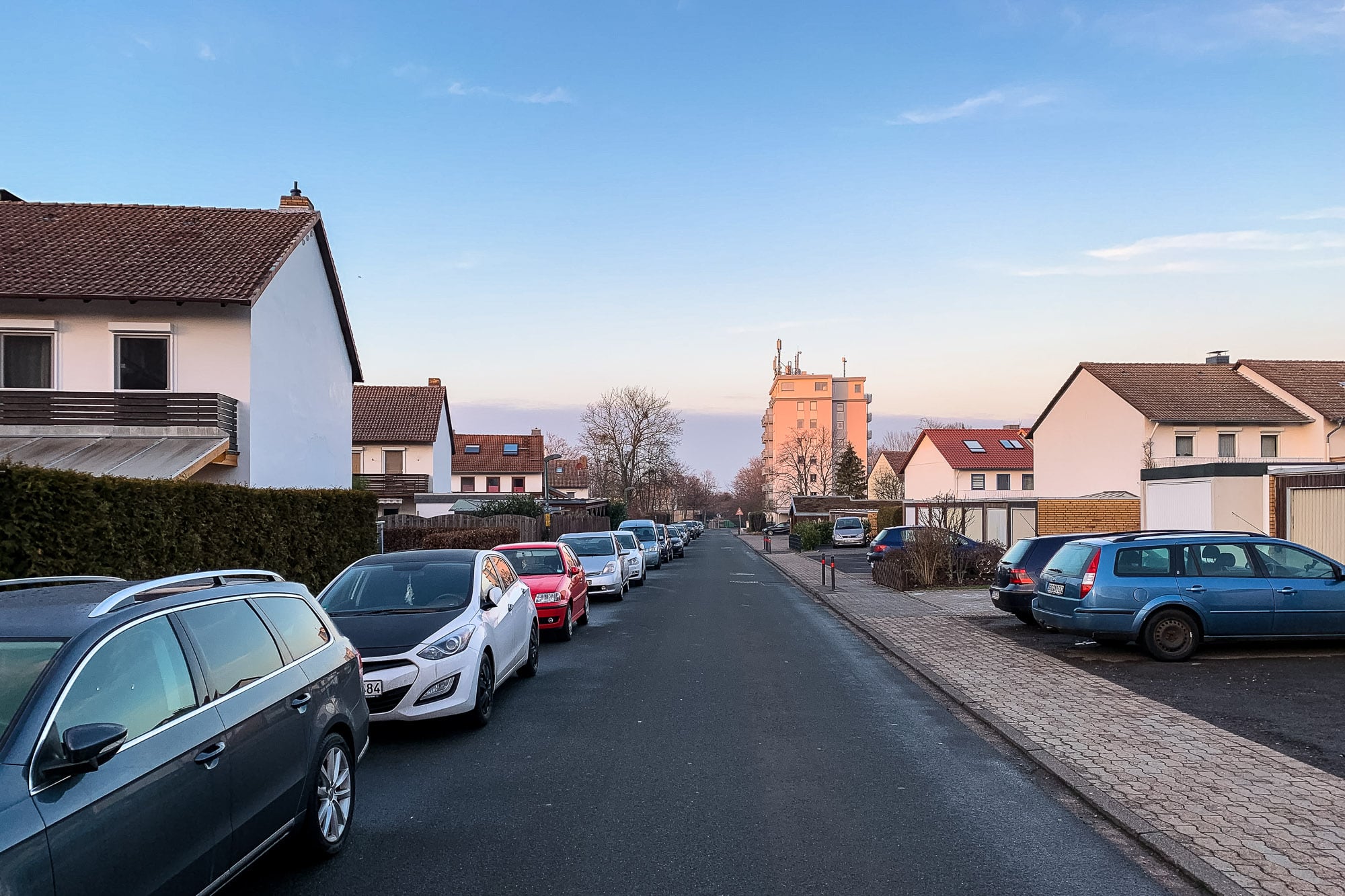 Rumor has it that in the olden tymes there was a form of execution where they would take the convict up to one of the middle floors, then push them off a balcony and onto a trampoline at the bottom. The person would then bounce up and down for such a long time that they would either starve to death or eventually hit a large bird: 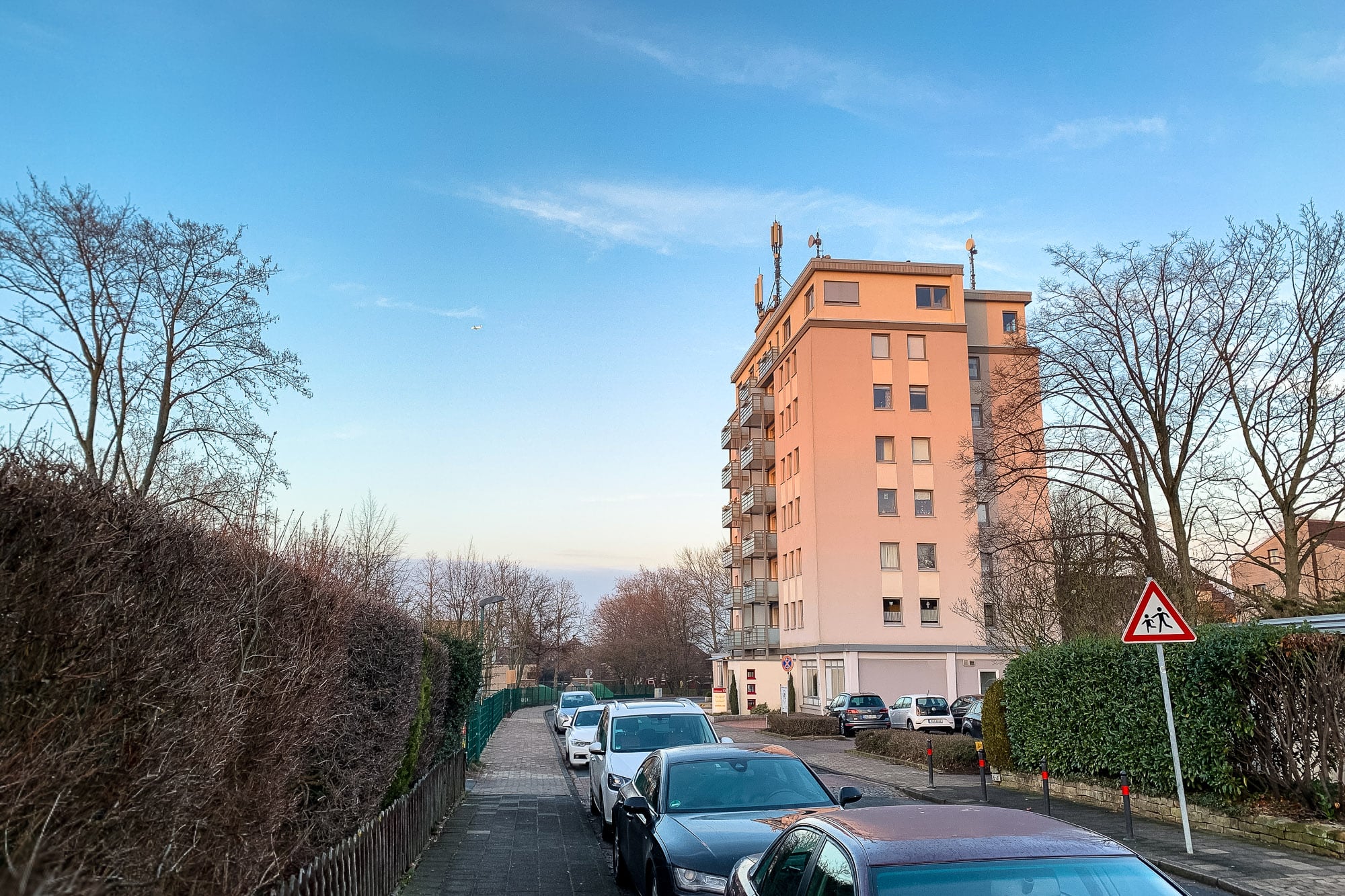 There are many legends surrounding the Bad Nenndorf highrise, and they attest to our love and admiration for this tower among towers, this scraper of skies, this sun-stealing, cloud-tickling, gravity-producing, vertigo-inducing, majestic, dominant Hochhaus of Bad Nenndorf. 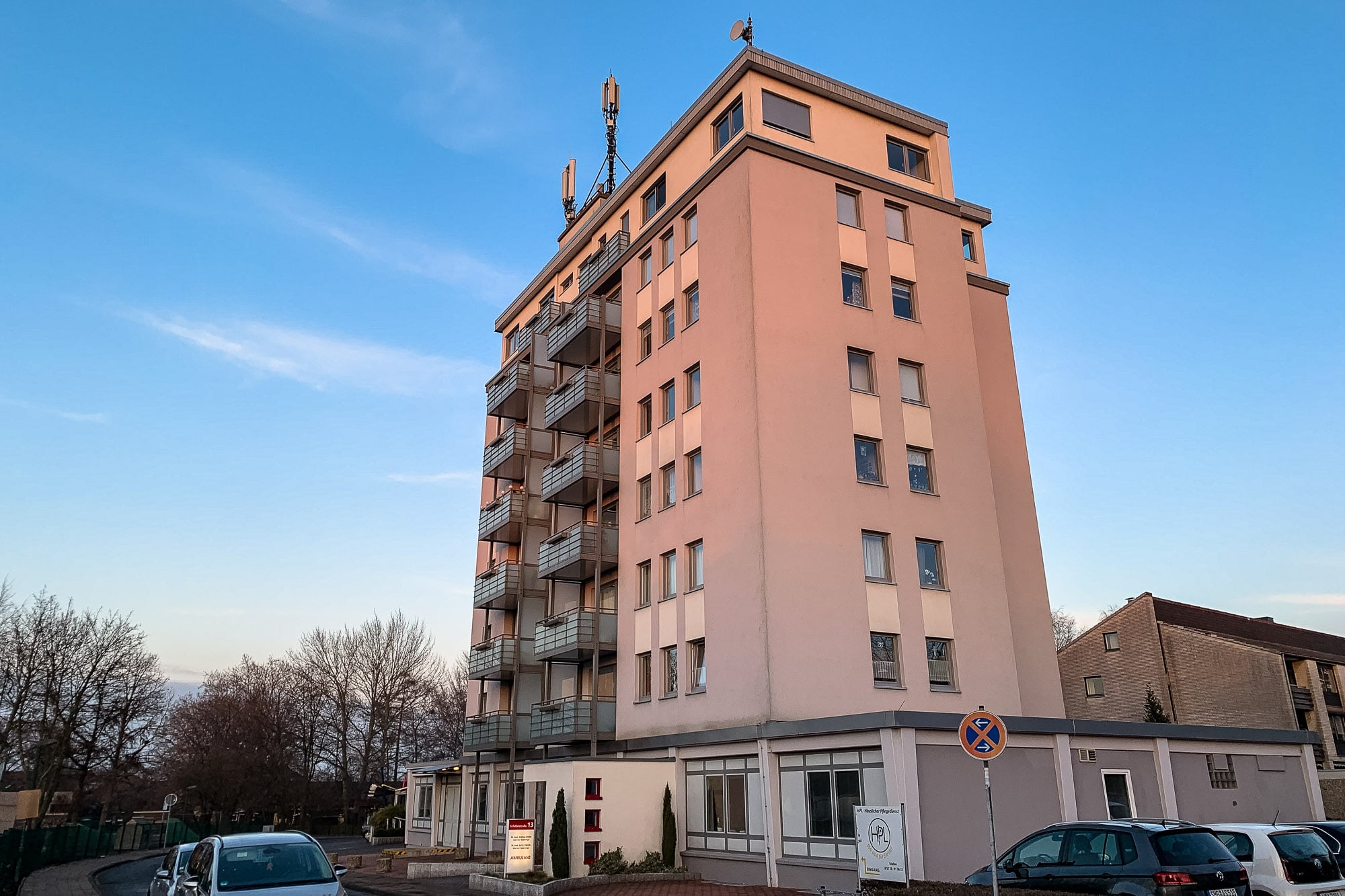 We all have crooked necks because we look up so much.