Went to the city today, and when I did, I noticed this greedy little fucker strutting around on the ground, and I said: 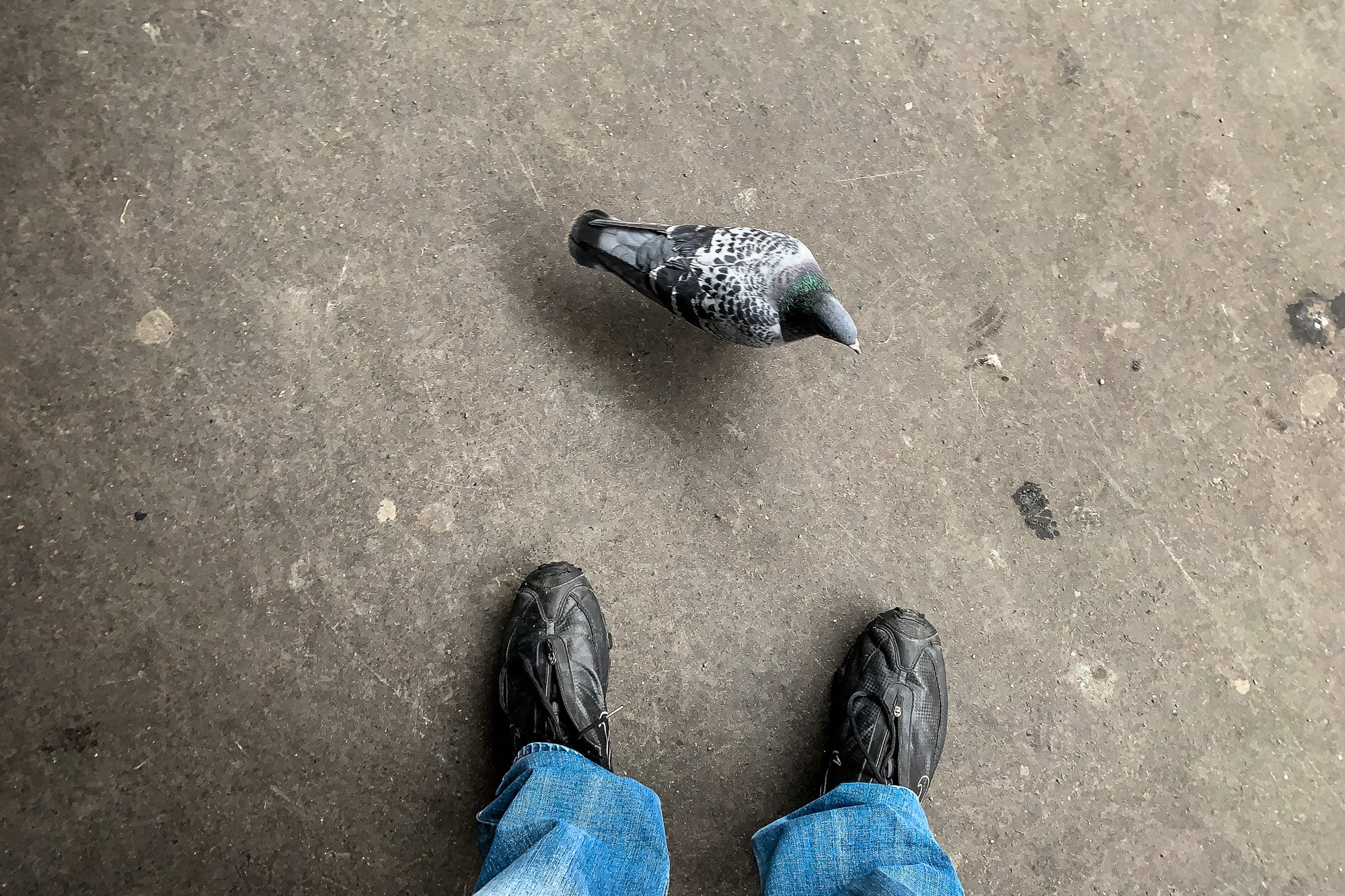 To which the pigeon replied: “Well, well, well, look who’s talking with your lame-ass shoes!”

Only it didn’t happen this way. I didn’t say anything. The pigeon didn’t, either. And the thought that was in my head wasn’t in English, anyway. Instead I thought something along the lines of: “na, du dumme Taube” which can either mean “hey, you stupid pigeon” or “hey, you stupid dove”.

That’s right, the Germany language has only one word for both the pigeon and the dove: we call it a Taube.

Why does the English language have two words, then? I don’t know. But it seems as though the way most people use them is that if you’re a white pigeon, then you’re a dove and people think you’re awesome and that you’re innocent and you symbolize peace. But if you happen to be a grey dove, then they think you’re really a pigeon and that you should be considered nothing but a flying rodent.

I figured that I should do something about my own dovishness as well, so I went to my dermatologist, and I put on these protective shades: 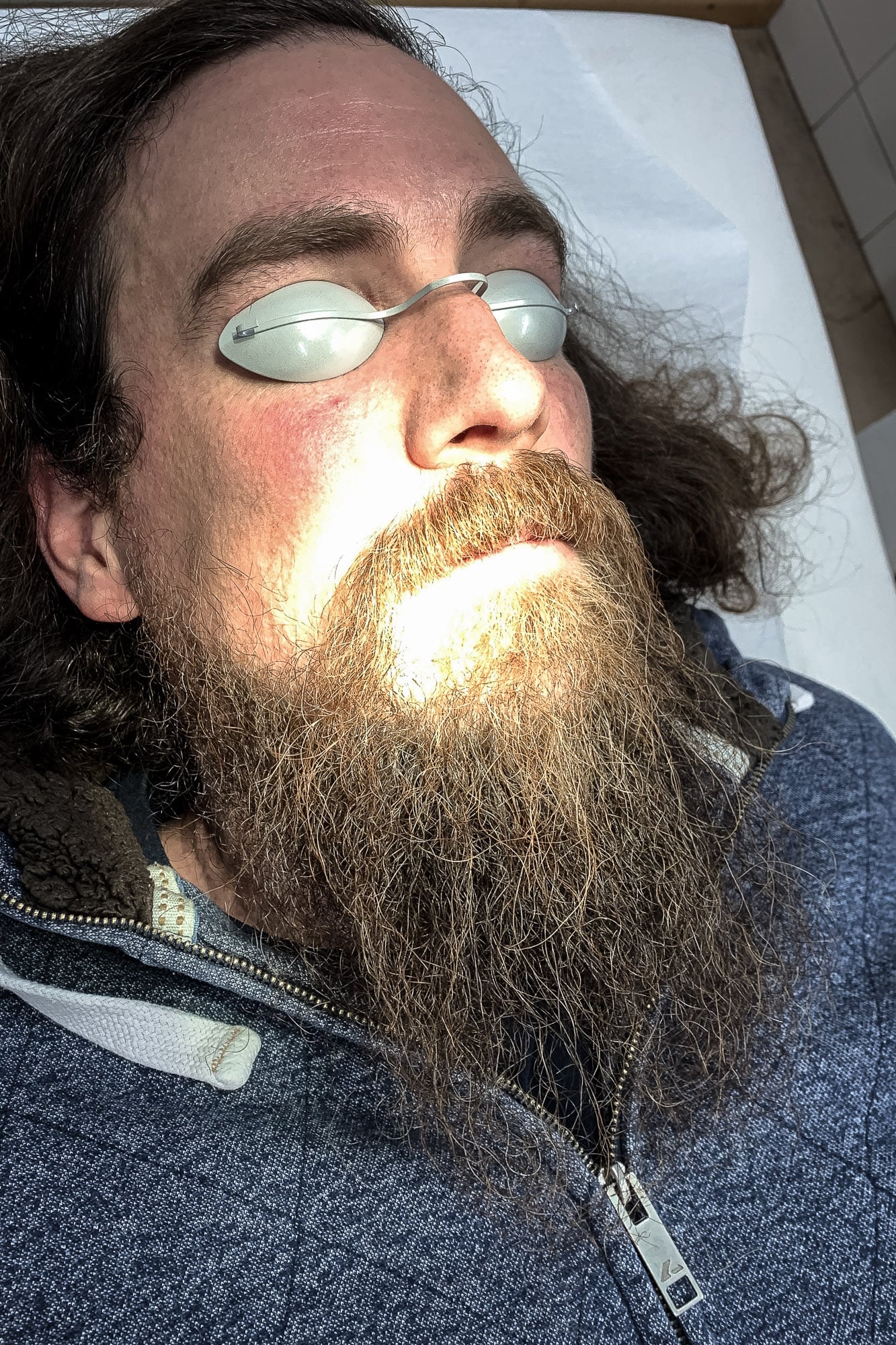 Then she pointed a laser at my face: 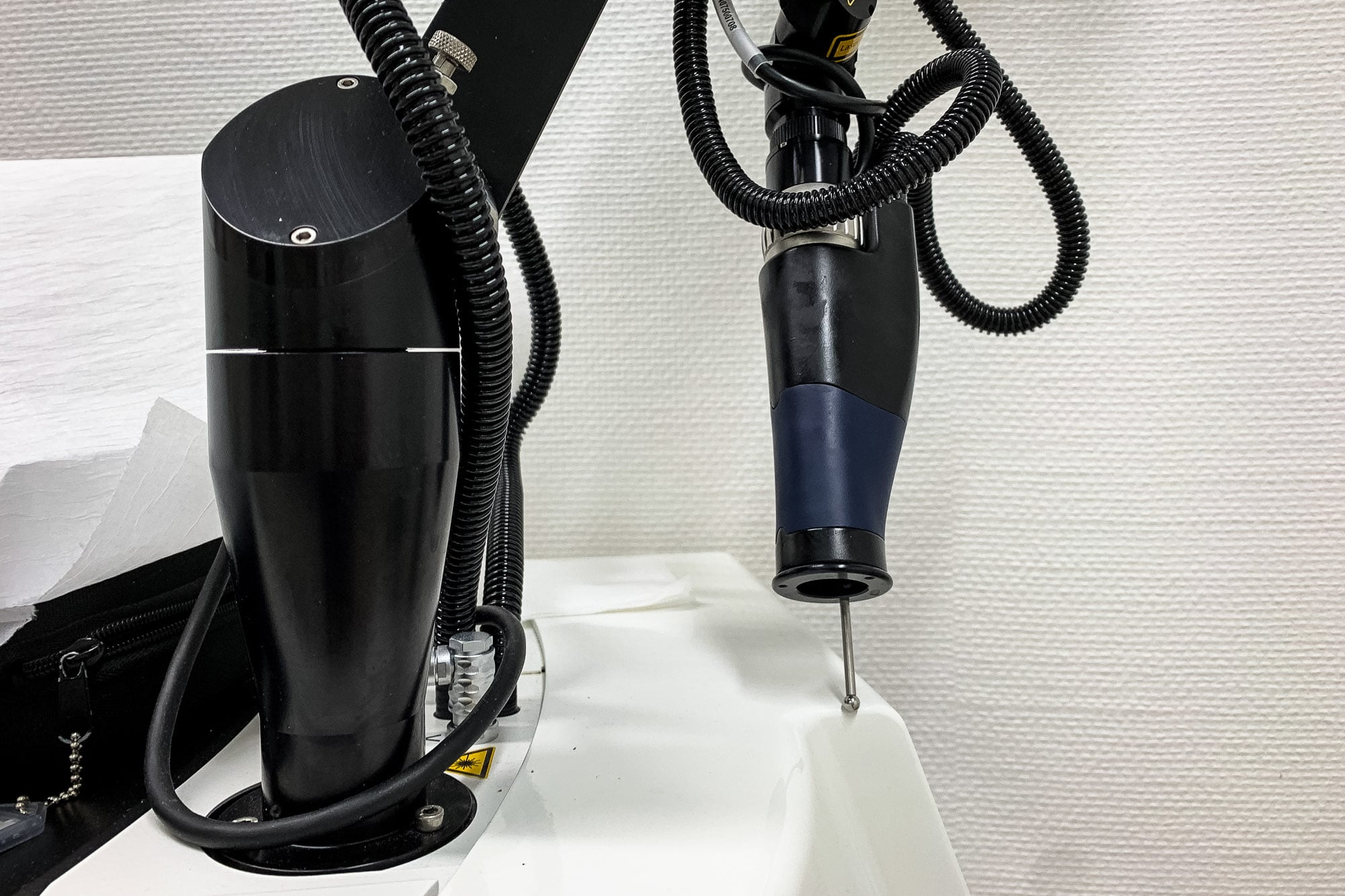 A dove is born.