I went to the city to get my fourth injection. After fainting the first time I did it and being fine the other two times, I wanted the hat-trick: three shots, no fainting.

I took solace in the fact that I liked my new phone case when I got ready for the procedure: 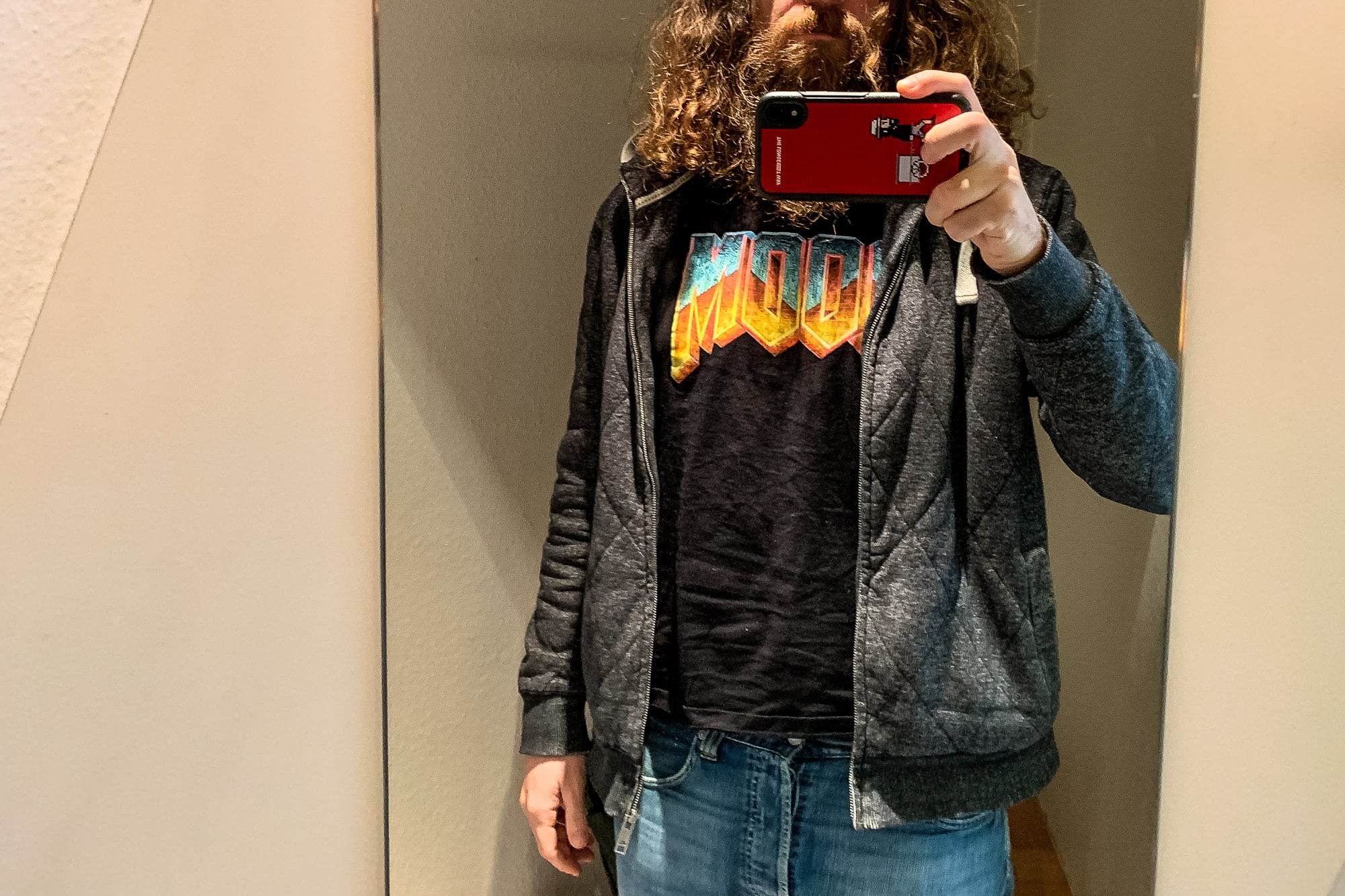 There was no fainting, I managed to stay conscious. Later I wondered: was it me or The Marine in me?