Went to a museum today, an art museum called Städel: 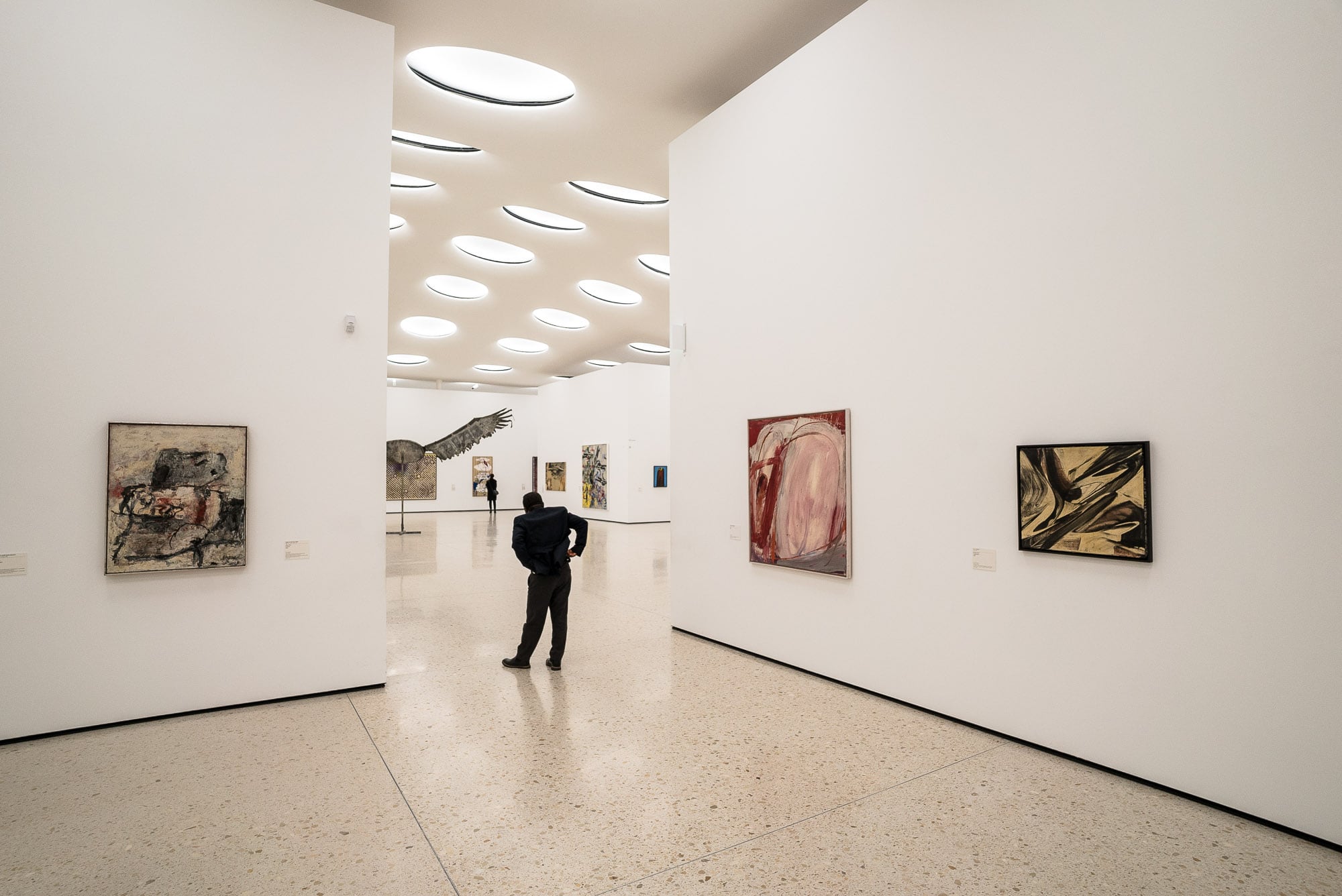 I used to go there a lot when I was living in Frankfurt. That was in 2001 and 2002, and I never cared about the price of the admission – I only ever went there when it was free. I think that was on Tuesdays. Anyway, today the museum wasn’t free. It cost 16 Euros per person, about as much as a 3D film in a movie theater.

The Städel is a mixed museum. It has all kinds of artworks from different epochs and in different styles. I went straight to the modern section. Or should I say I went to the post-modern section? Either way I stood still in front of a work by Gerhard Richter, a bunch of blurry grey lines on a white canvas: 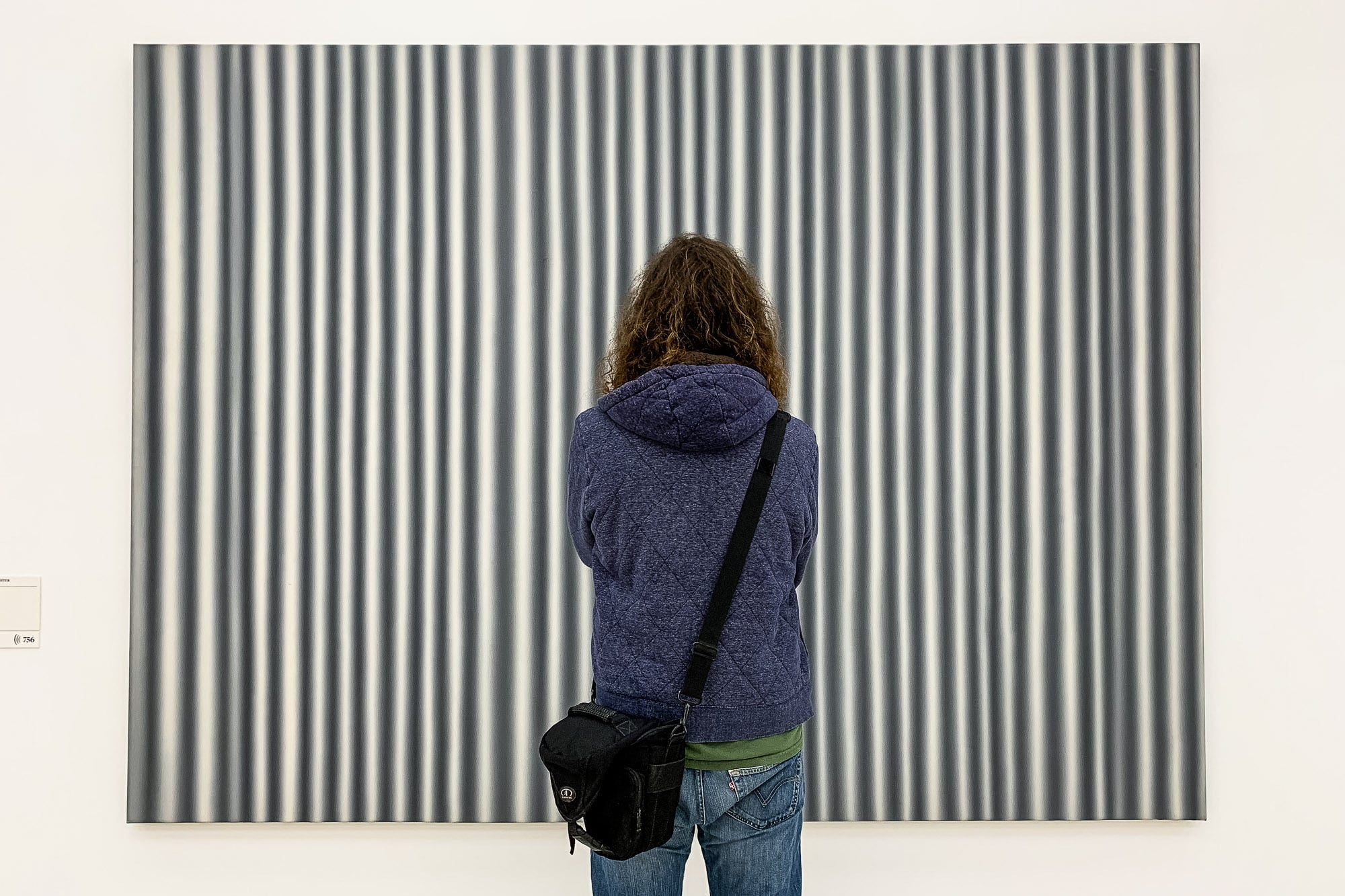 This wasn’t what I had come to see, though. I wanted to see a painting by Yves Klein that I had fallen in love with all those years ago. I didn’t know its name, I only knew that it was there, and that it was all blue, with some sponges applied to its surface. But mostly it was just an intense blue: 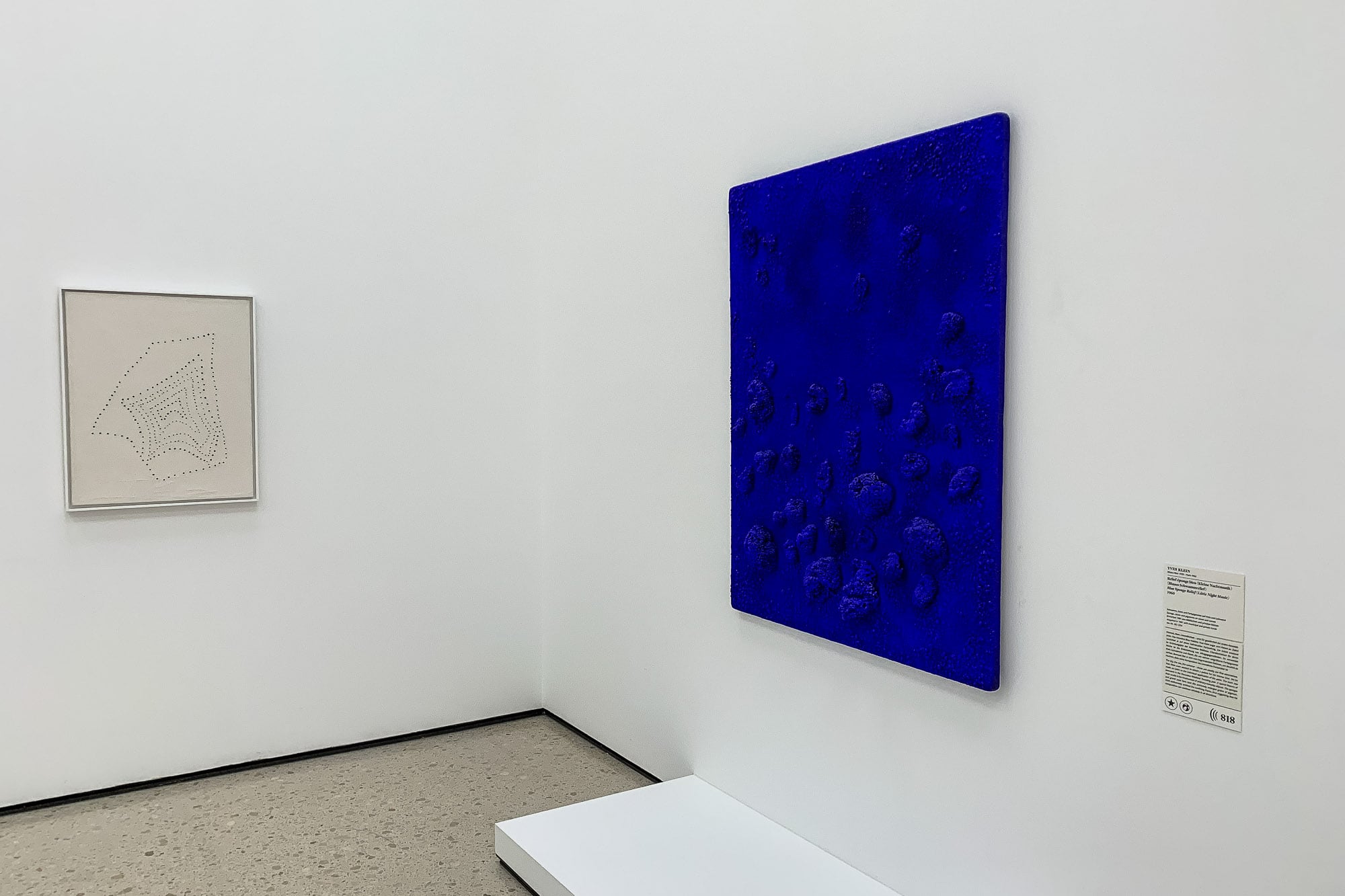 Also, when you stood at a certain distance from it, a sort of hue appeared to hover over it. Some said the hue was purple. I thought it was more orangey.