Got some more therapy today. I actually get it two times a week, but today I remembered to take a photo of the thing itself – the mud. It looks like this: 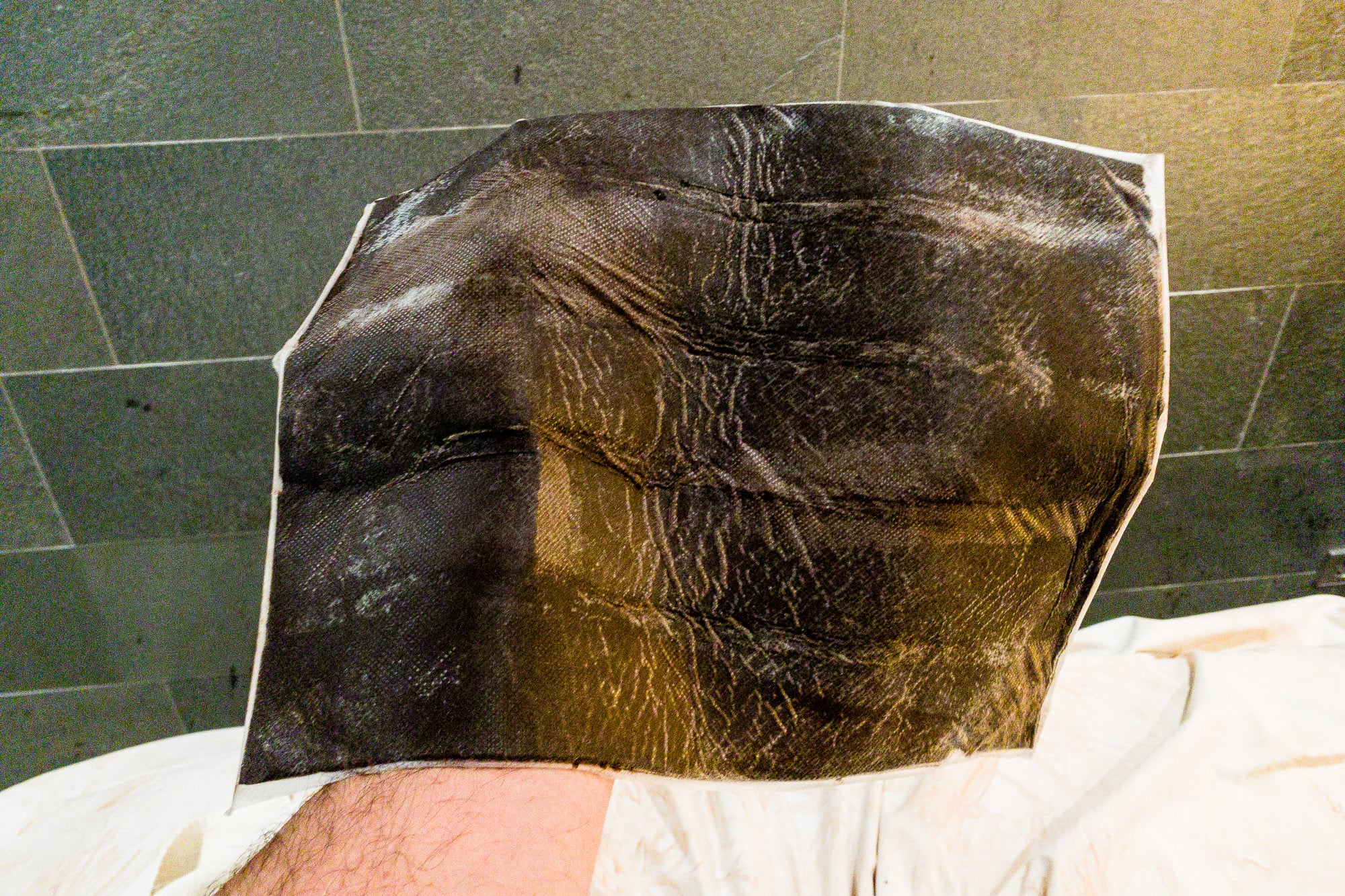 This mud is supposed to have certain healing qualities. It is collected in a certain moor or a marsh, then it is pressed between two sheets of plastic, one of which has a low porosity that allows it to slightly ooze out. A few of these sheets of mud are heated up and put on this heated bed: 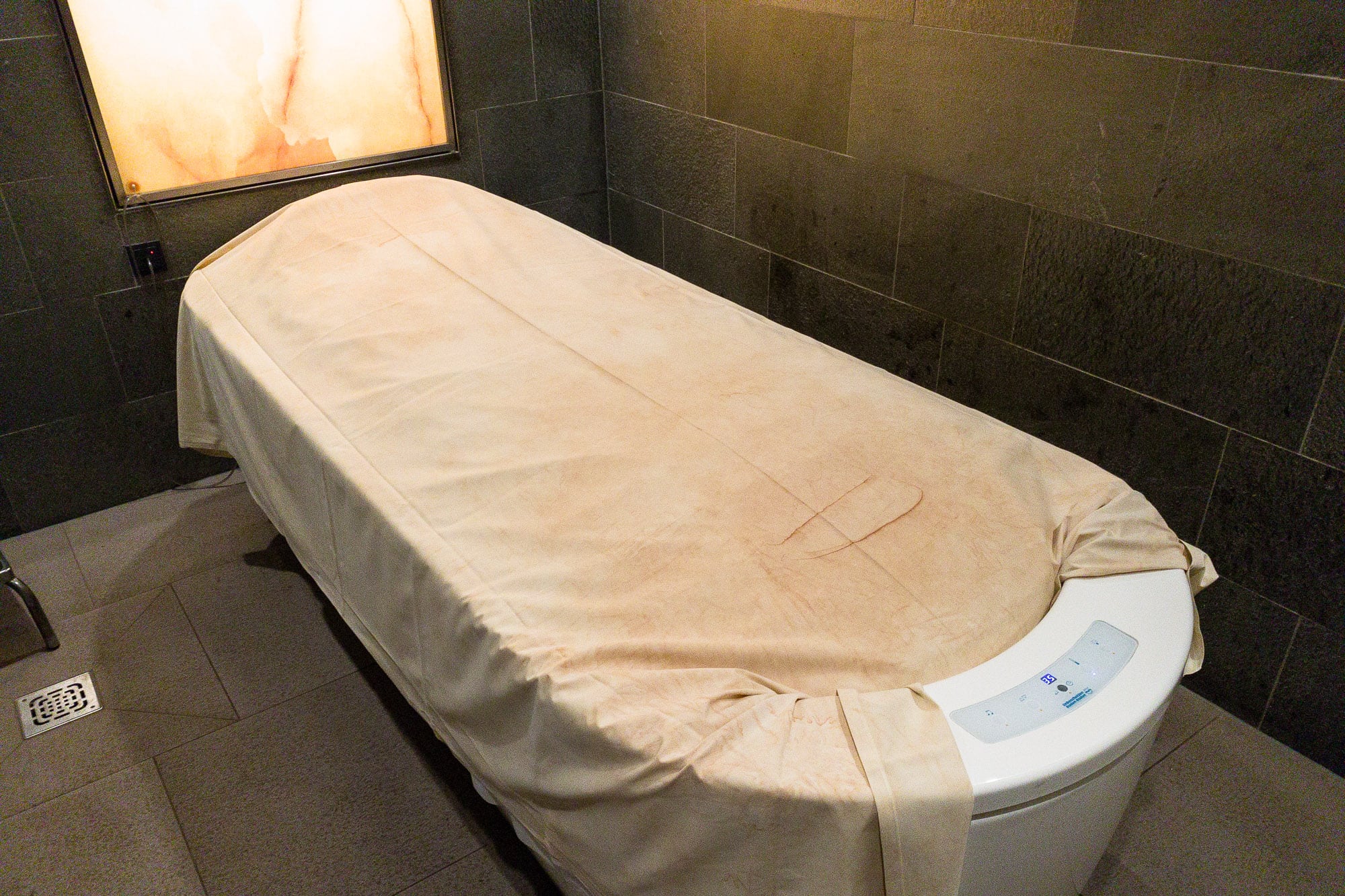 You then lay down on top it all, get covered in a blanket and let the mud do its thing for a while. I don’t know if it works or not, but it is very comfortable.

Germans used to do this stuff a lot until the mid 1990s. And they wouldn’t just use thin sheets of mud. Often they would take full body baths in it. It was all part of a concept called Kur (“cure”).

Every few years, people would have the chance to go to a Kur, a rehabilitation process involving all kinds of natural remedies like mud and thermal water. They would spend a few weeks in a small town called a Kurort where they would relax and exercise and get some treatments, and it would pretty much get paid for as part of the Kur. This seems to have been a specifically German thing, so much so that the Russian-speaking world also uses the German word куро́рт (kurort) to refer to towns that have spas or sanatoriums.

If you see a German place name that has the word “Bad” in front of it, like Bad Pyrmont, Bad Füssing, or my hometown Bad Nenndorf, it means that it has some health spa facilities (“Bad” meaning “bath”) and is therefore most likely a Kurort.

Anyway, the policy of the Kur was largely abolished in the 1990s, meaning that you’d have to pay for it by yourself and you wouldn’t necessarily get time off from your employer to do it. This meant that many of the Kurorte, the towns that used to make a living out of it, have been struggling ever since.

And another thing has been happening, or at least it seems like it to me: more and more Germans have been suffering from symptoms that are connected to being exhausted from too much work.

Of course we, the Germans, could use a German word to refer to this phenomenon, but we usually don’t.

Instead we use an English word: “Burnout”.