I received a helpful email the other day. It was from Benjamin, a dude who had been following my journey for some time. He raised an interesting point: my feet were being strained in a pretty one-sided way in my walking shoes. Benjamin suggested I try to strengthen different muscles by walking barefoot or in relatively light shoes for certain periods of time. 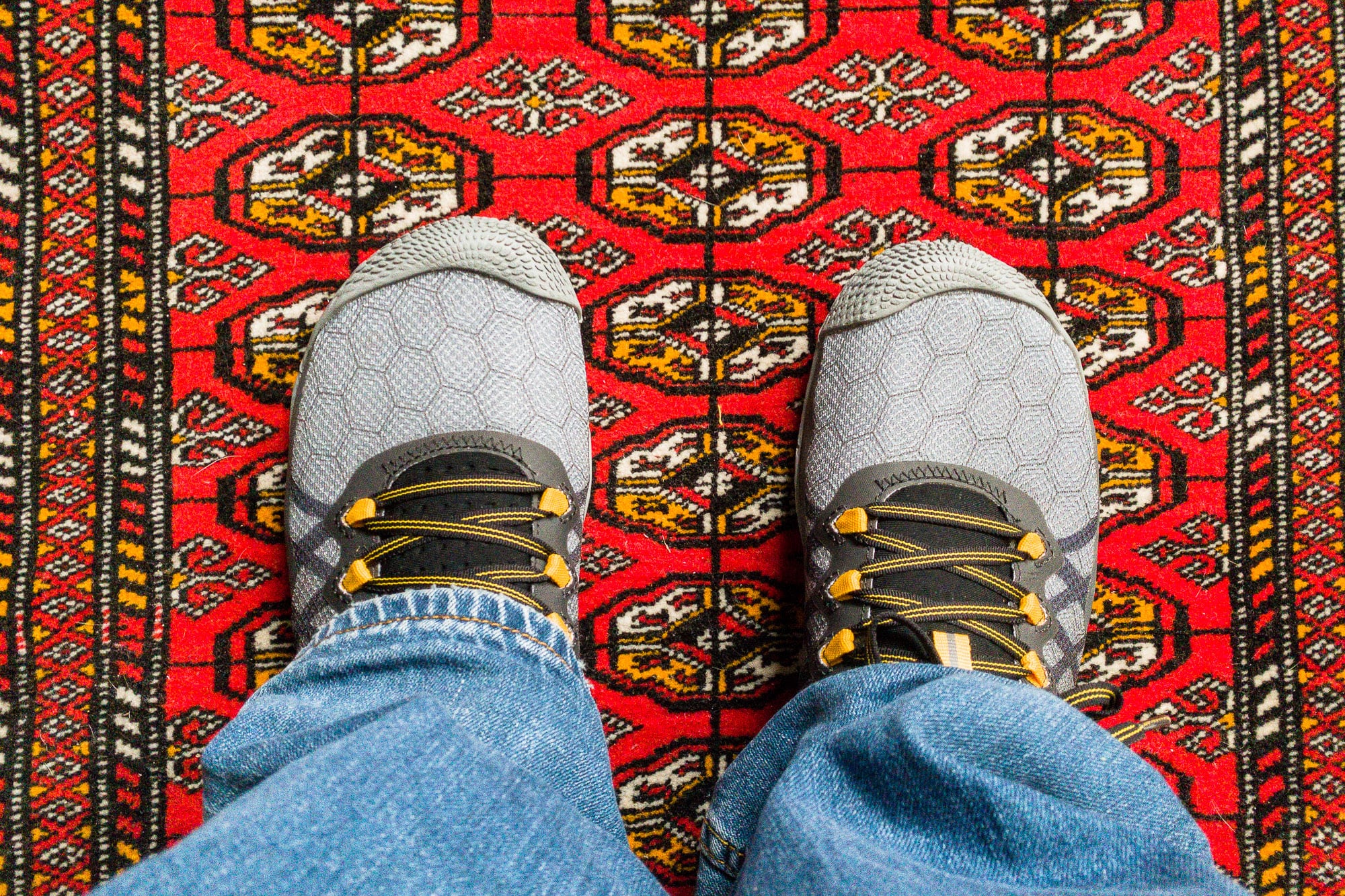 I was told not to overdo it at first and maybe just walk 500m or something in order to get used to them.

So I did that: 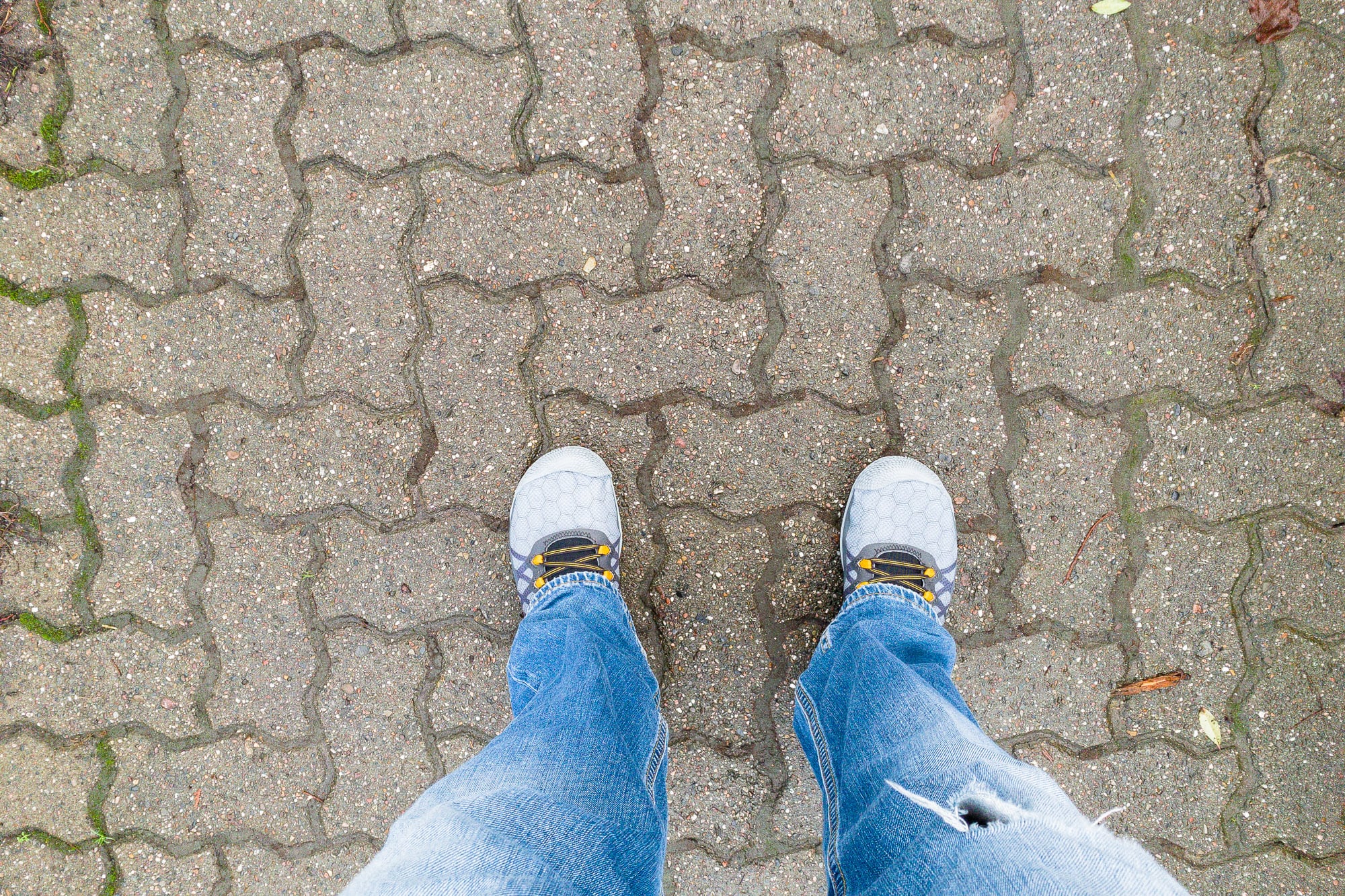 And it felt weird as hell. 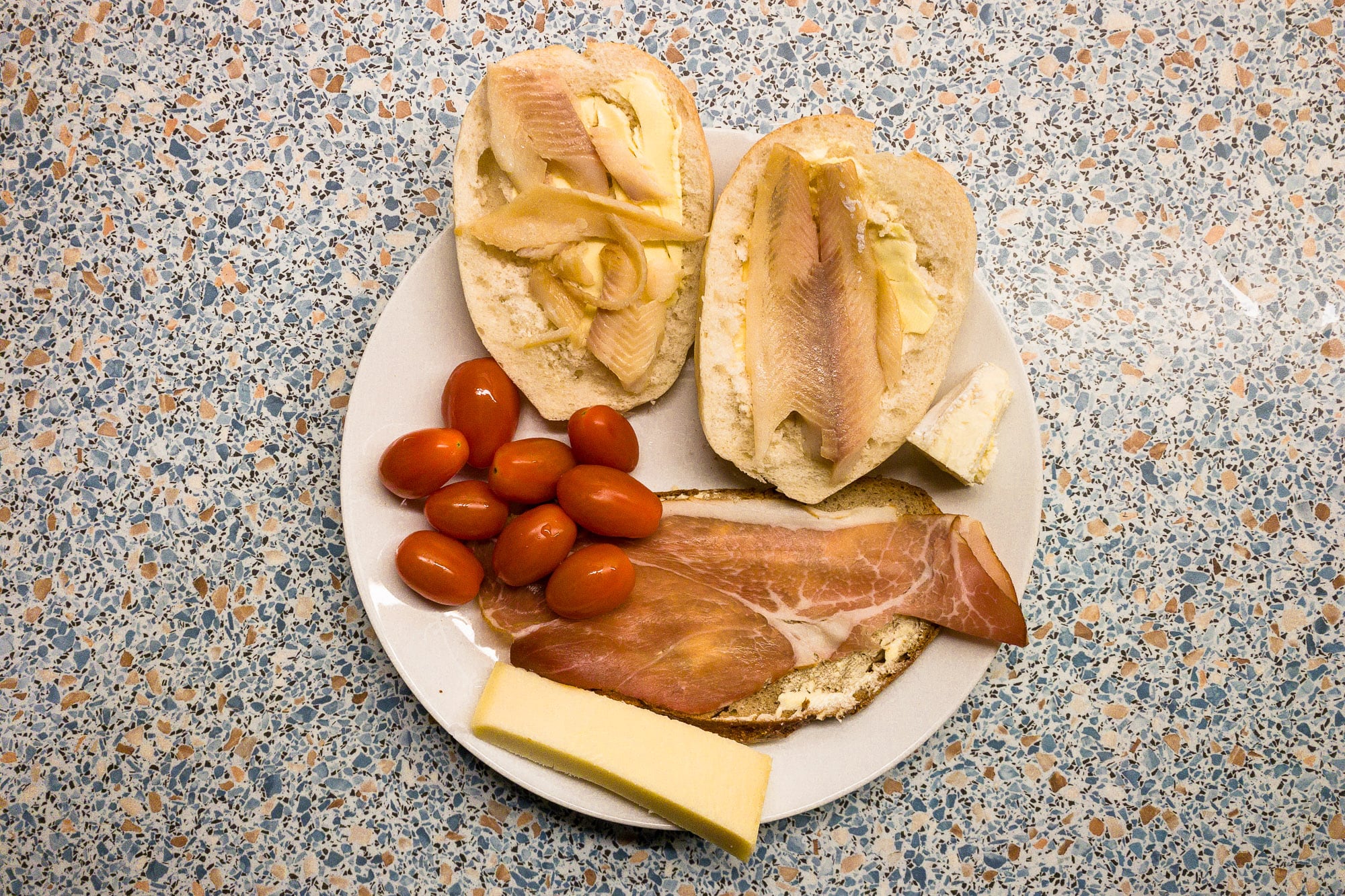 The fish is a trout.
The ham is from the South.
And the cheese is 60% fat.