I didn’t have a hangover. I hadn’t even gone to bed very late. I hadn’t eaten too much, either. I had woken up and made some tea, and I had noticed that I wasn’t feeling particularly good or bad.

And yet for some people something seemed to have changed. It was 2019 now: two millennia and nineteen years after a time around the birth of a dude who would die horribly in his mid-thirties. Five hundred years after the landing of some giant assholes in Mexico. One hundred years after the Russian Civil War started spilling into the Caucasus. Two years into the reign of the most incompetent US-President ever.

Me, I didn’t know what to think. looked out of the window, and I noticed that the sky looked pretty, so I snapped a picture with my phone: 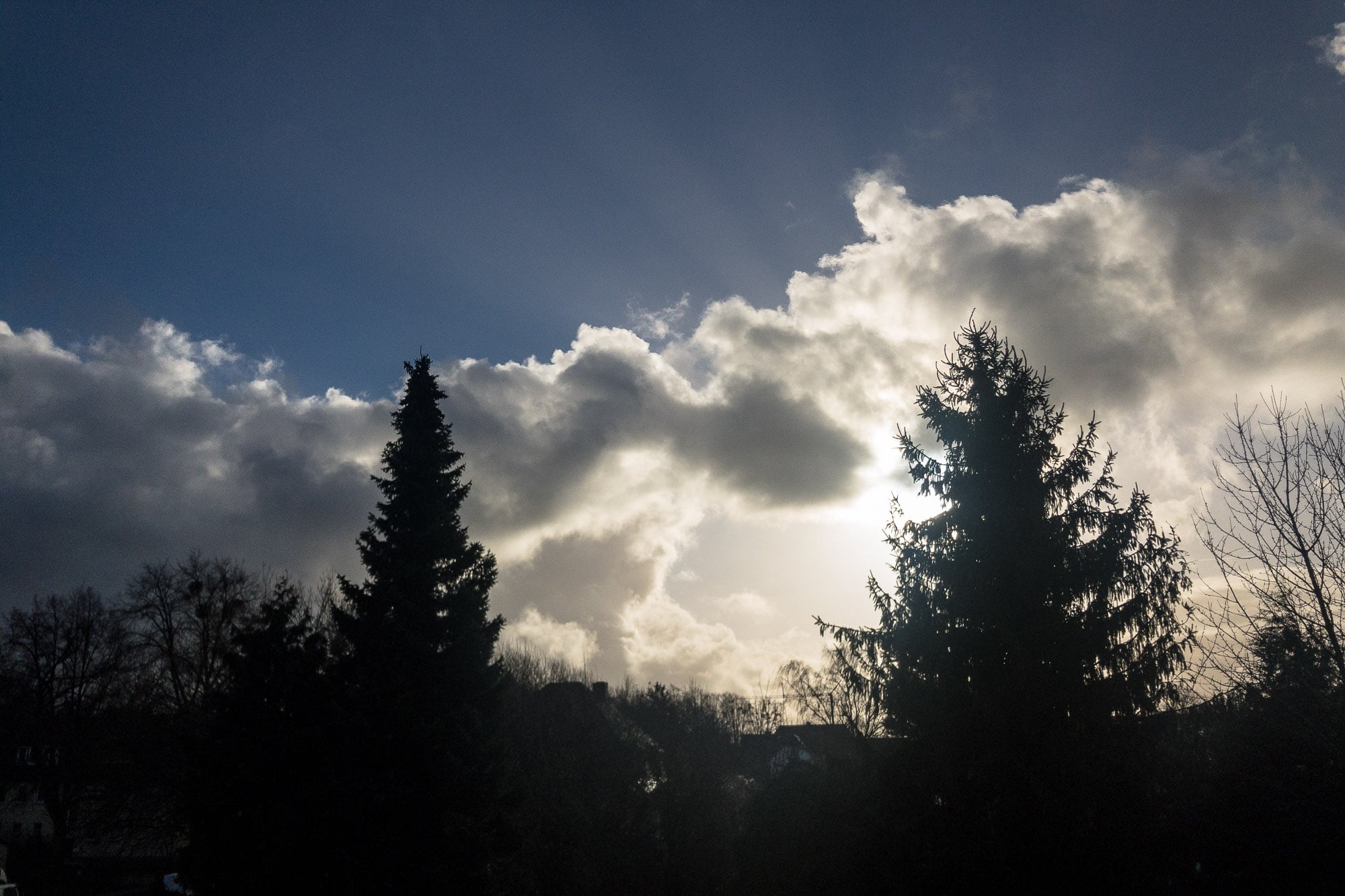 I needed to get a new one.
A phone, that is.