Heavy snow is bad for walking, at least if you’re pulling a Caboose. But a little snow, as long as it’s not too much, is still better than a cold rain.

Now that I wasn’t walking, it didn’t seem to make much of a difference to me either way. I was in the German North, where we got a White Christmas maybe once every seven years. And so in December it was just as grey and dark and wet as usual, as I was going further north to my grandparents’ place: 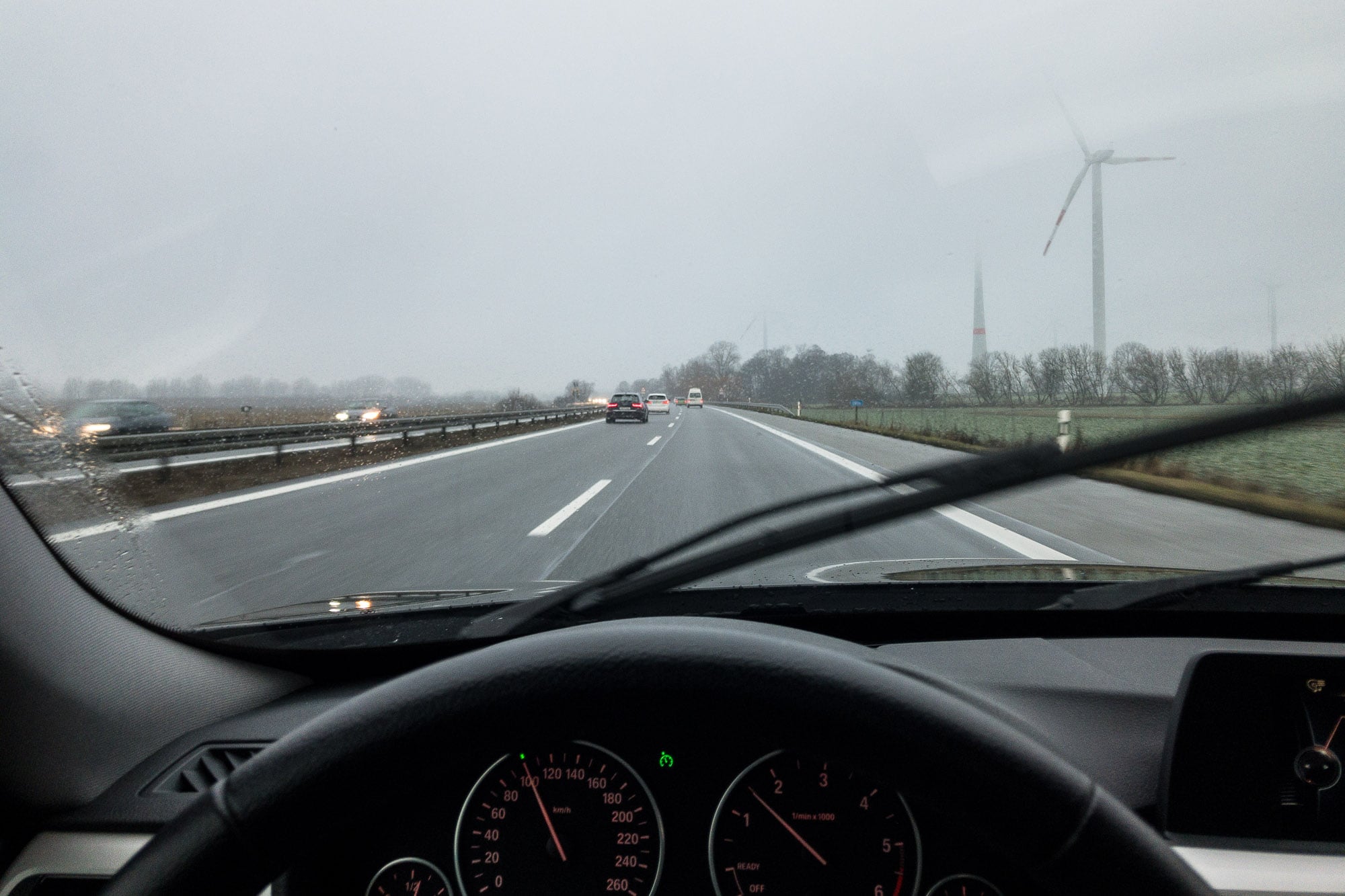 It seemed regrettable not to have any snow to look at. Its white cover would have at least been able to reflect some of the light. 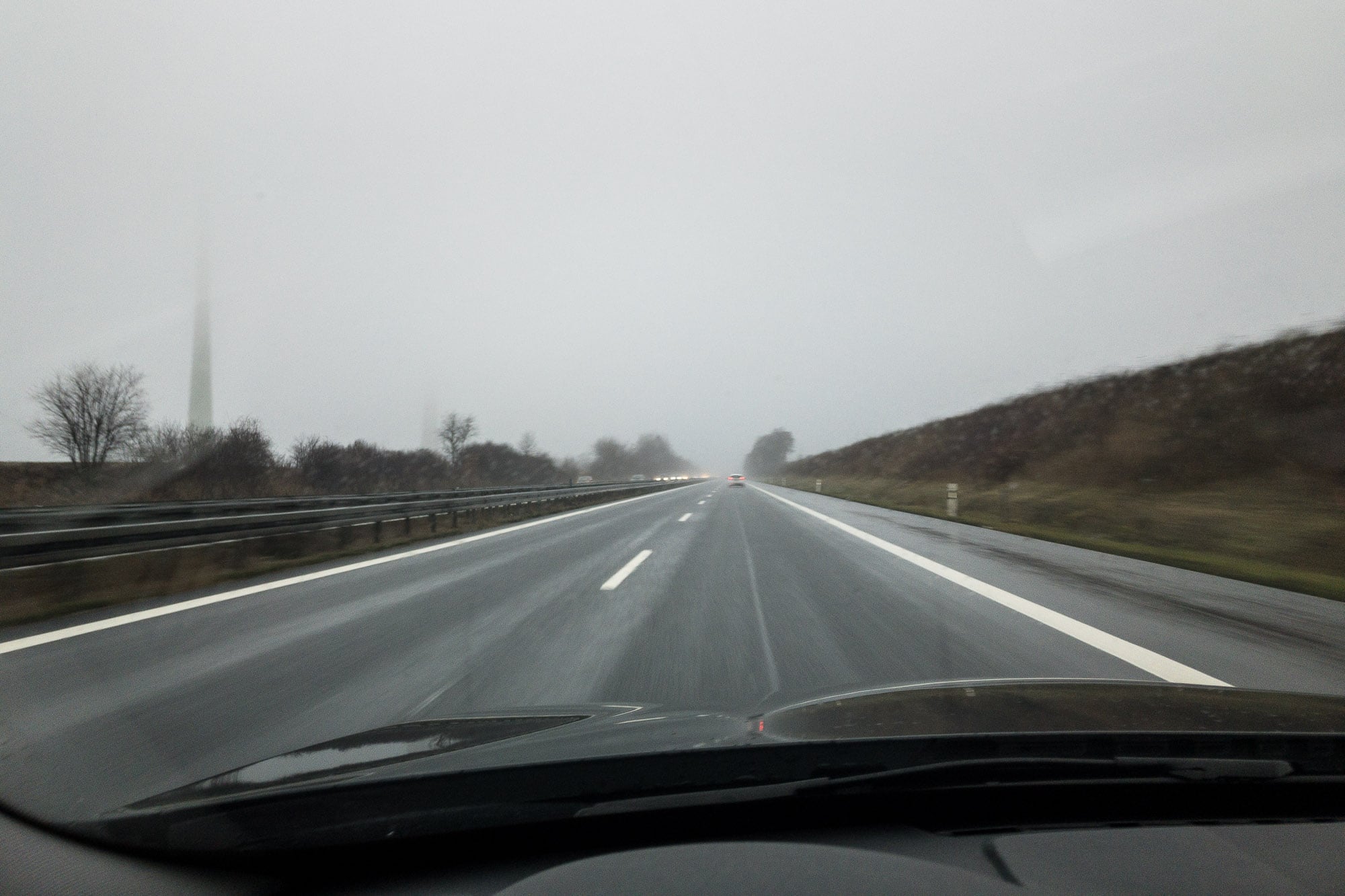 I was still wearing my Santa hat: 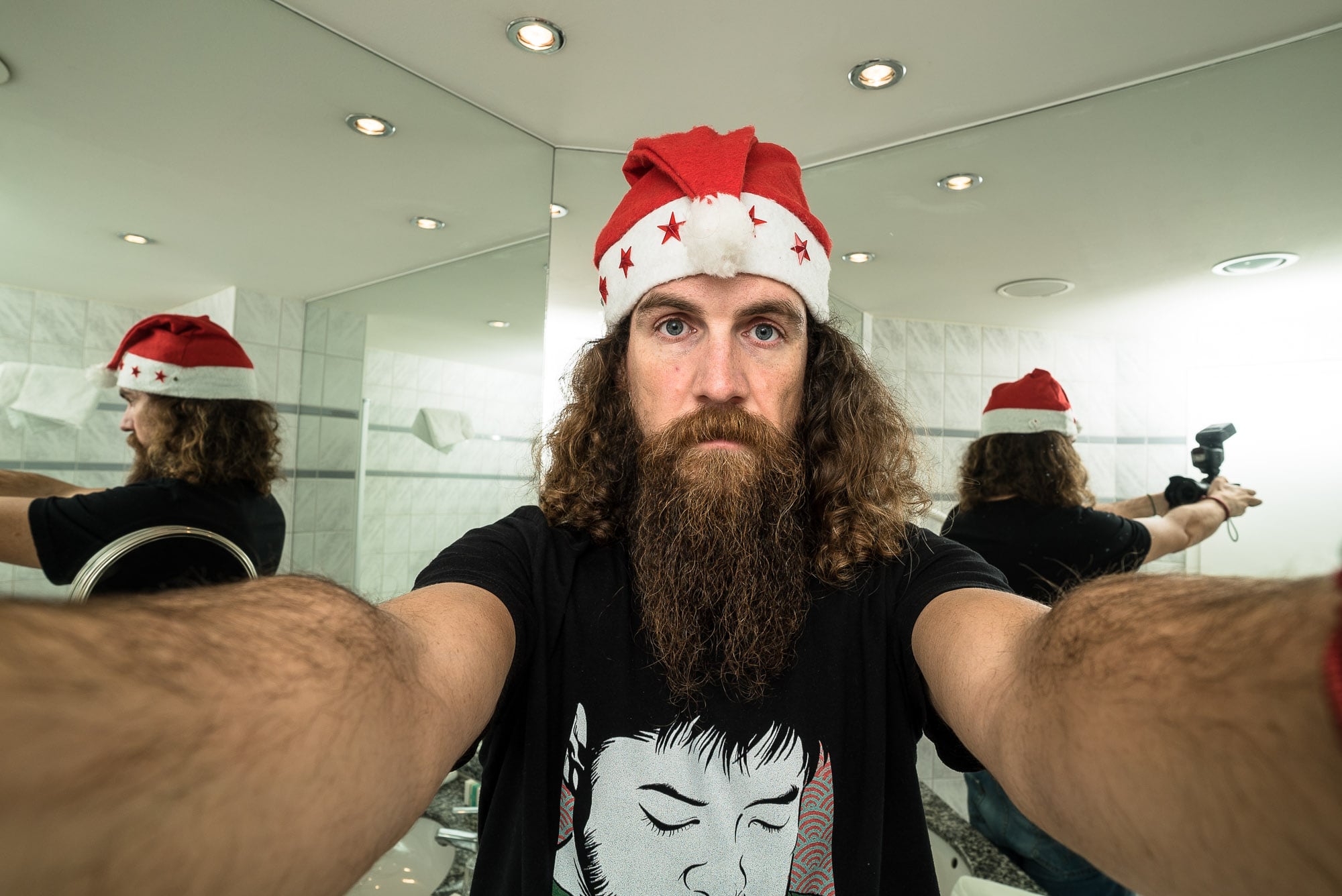 It was going to come off tomorrow.