For some odd reason, this had been a formidable night. I felt refreshed and happy when I got up and went to the kitchen to boil some water for my tea: 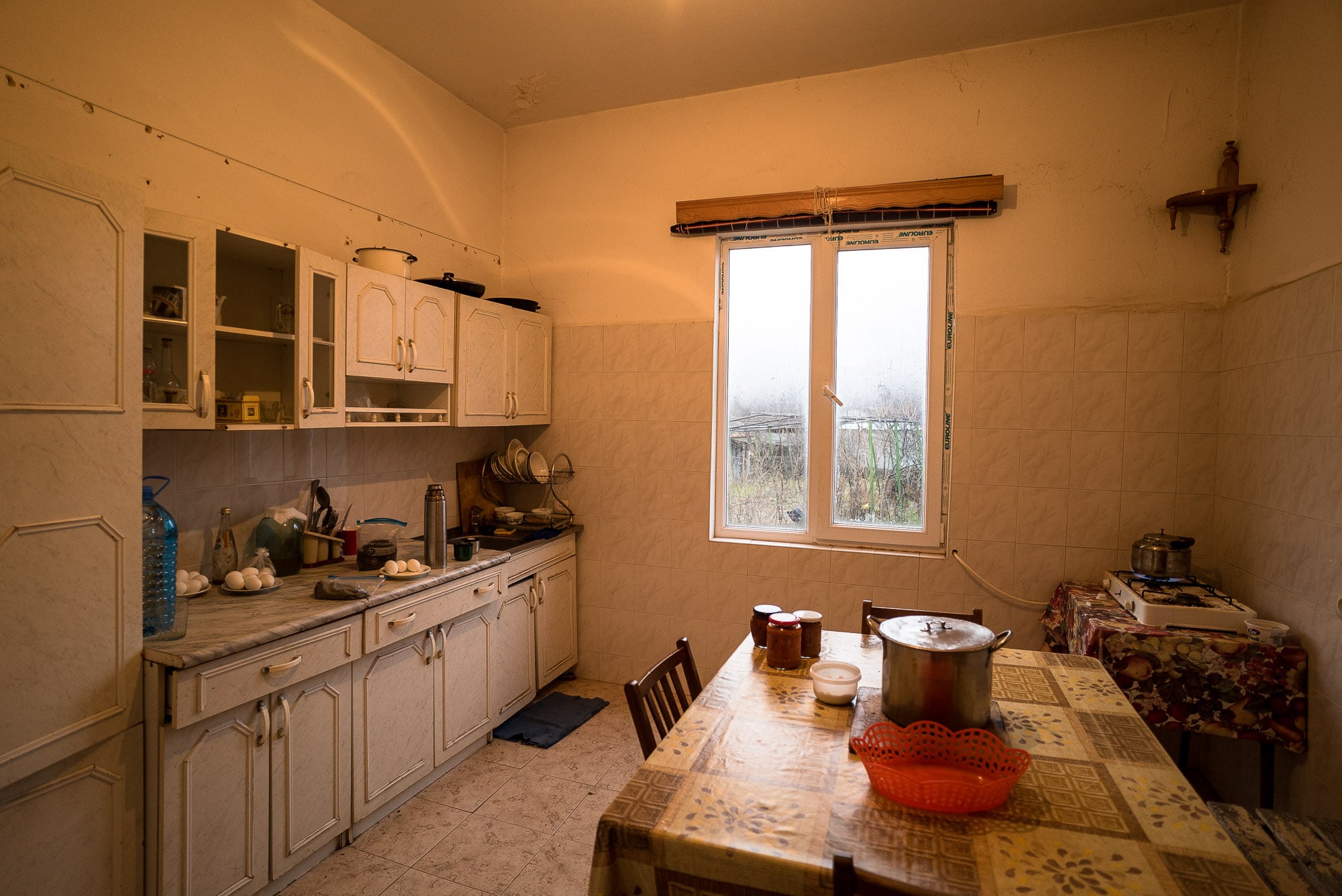 Nino and Nugsari, the owners of the guesthouse, showed me a place with pictures of their son Ramazi, who had been hit by a car just below the village a few years earlier: 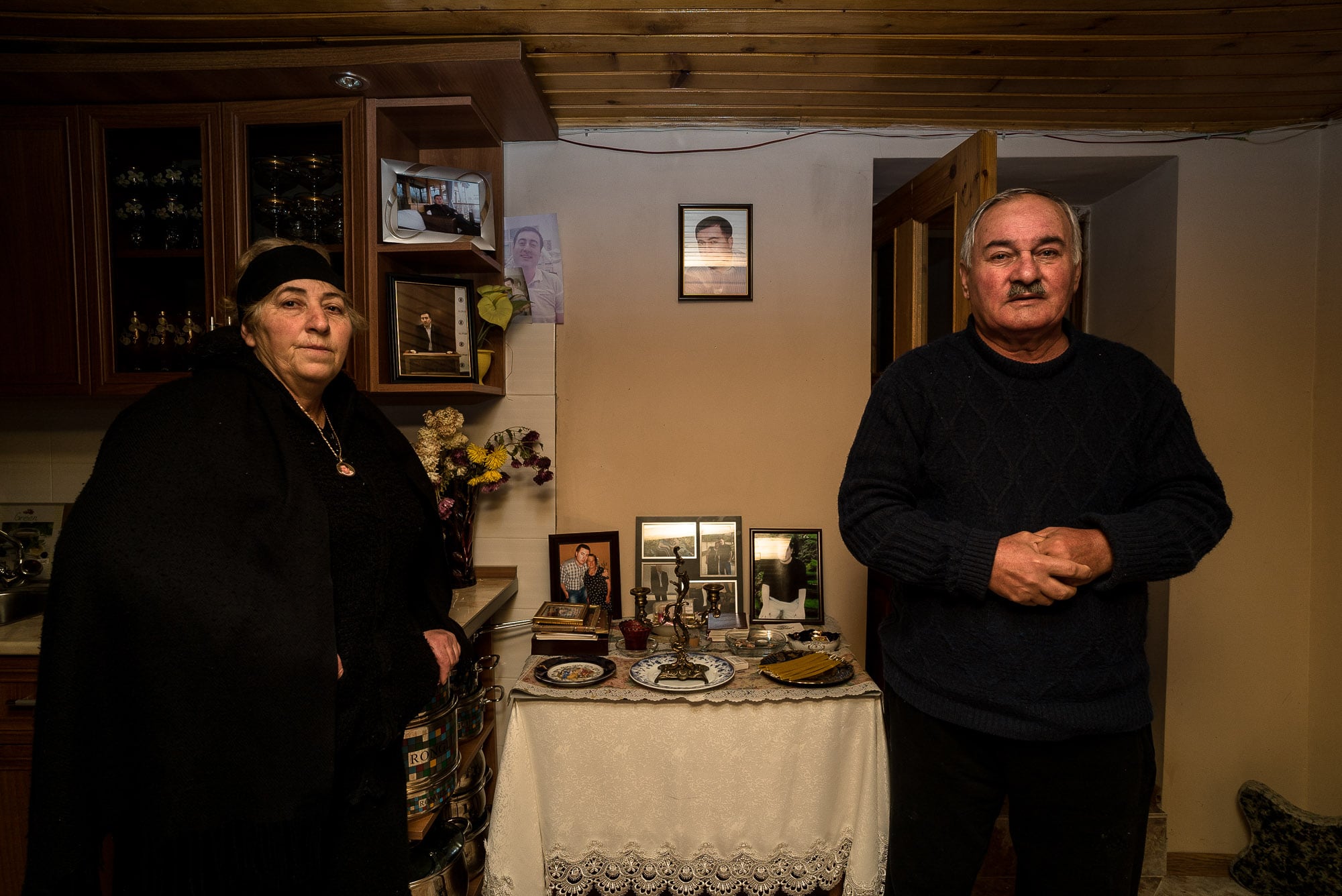 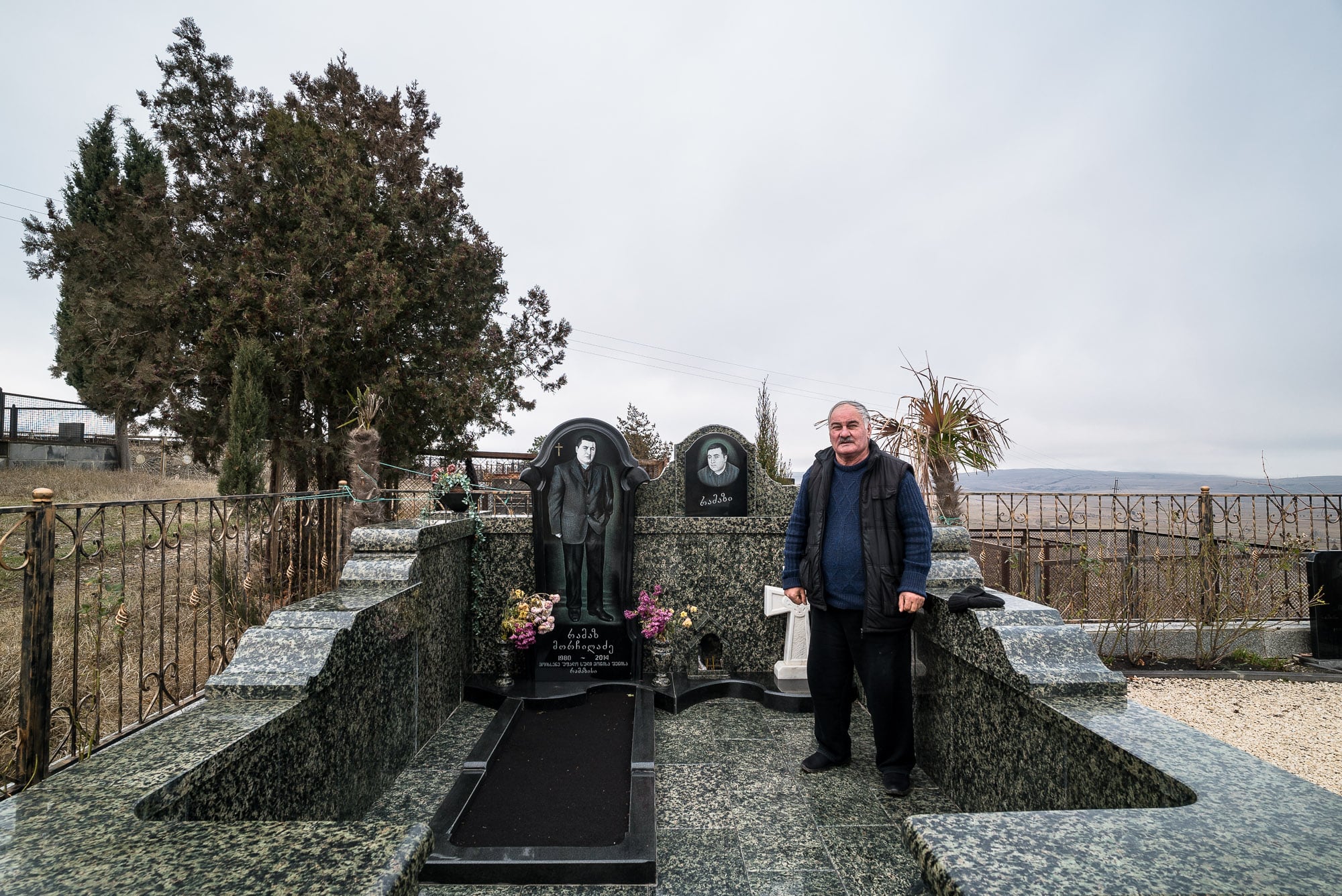 Then we said goodbye, and he walked back: 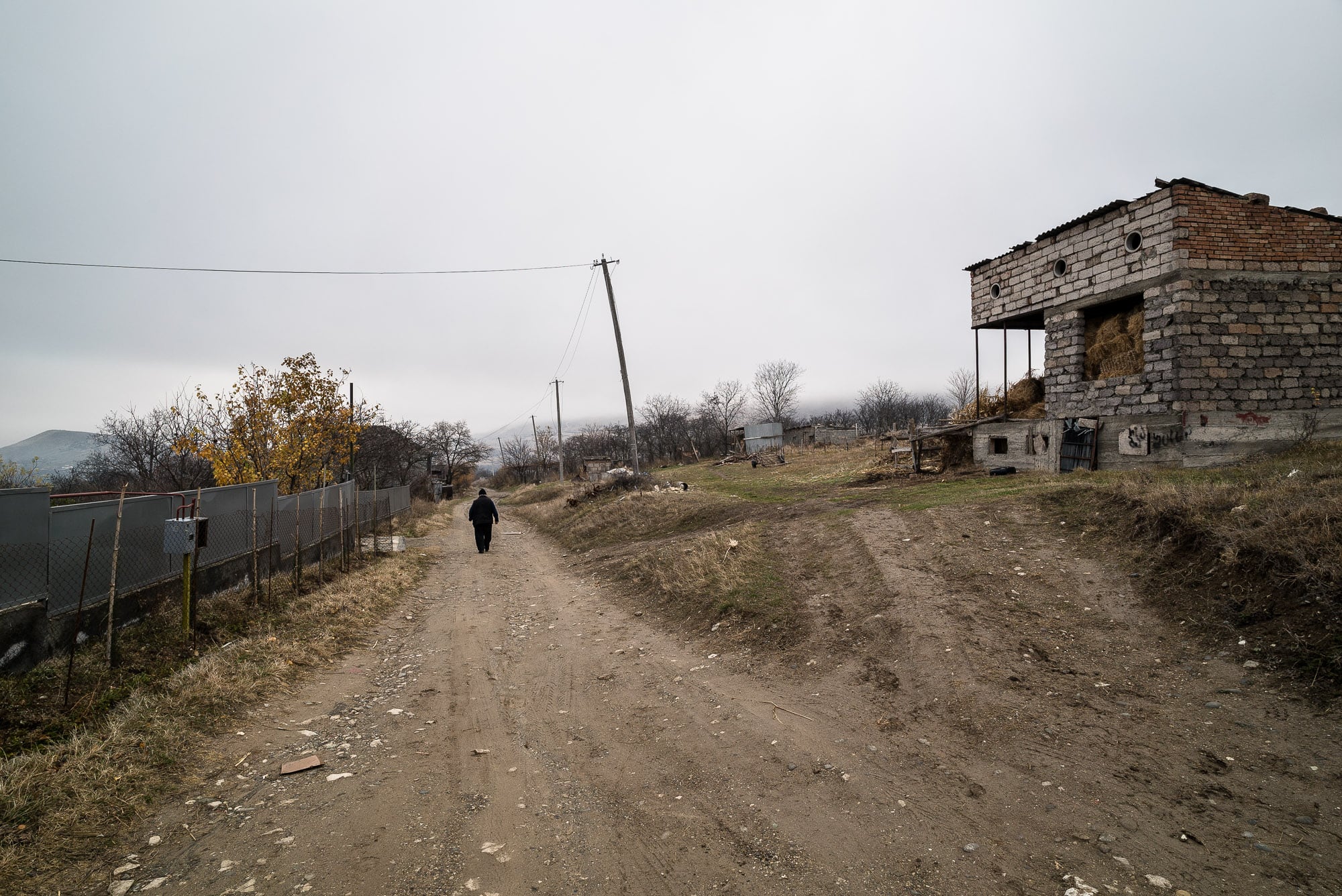 I watched him disappear in the distance, then I stepped out into the fog: 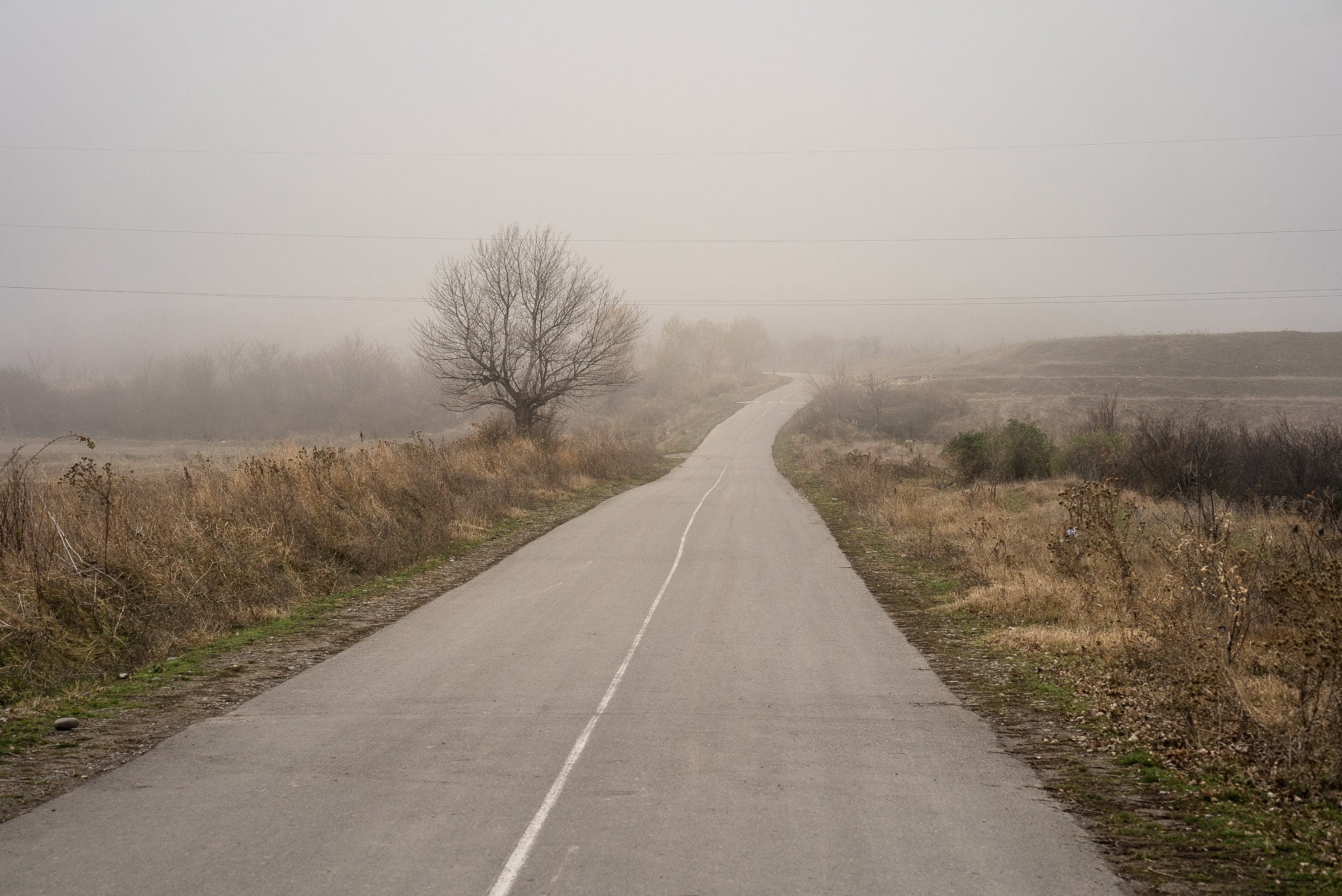 The morning was shrouded in mystery: 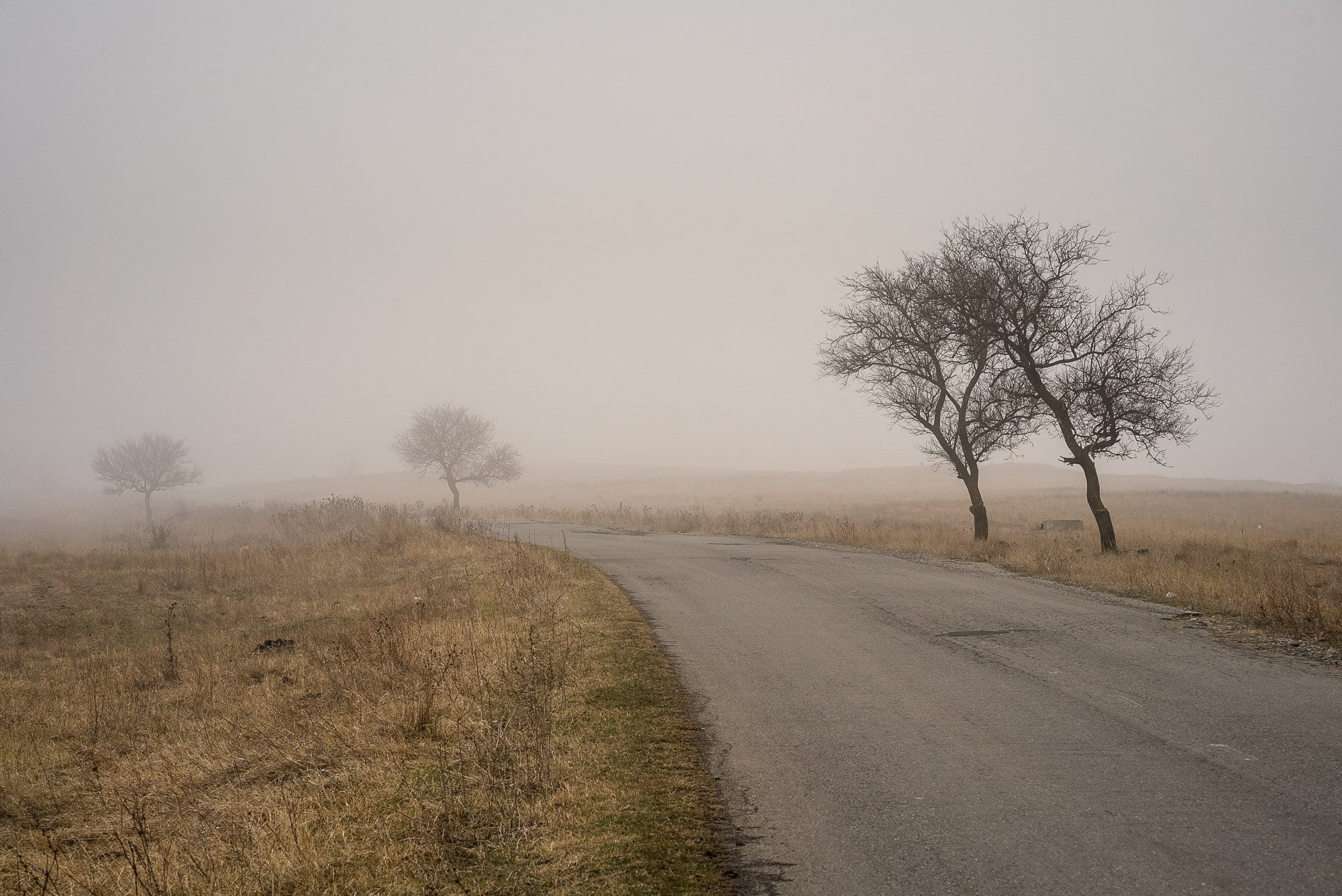 The weird thing about fog is that it doesn’t just block our vision – it also muffles sound. And so I walked around in a dream-like state for a while.

Then it suddenly cleared up, and the world regained its colors and its noises. I bought some apples and some oranges in this little shop: 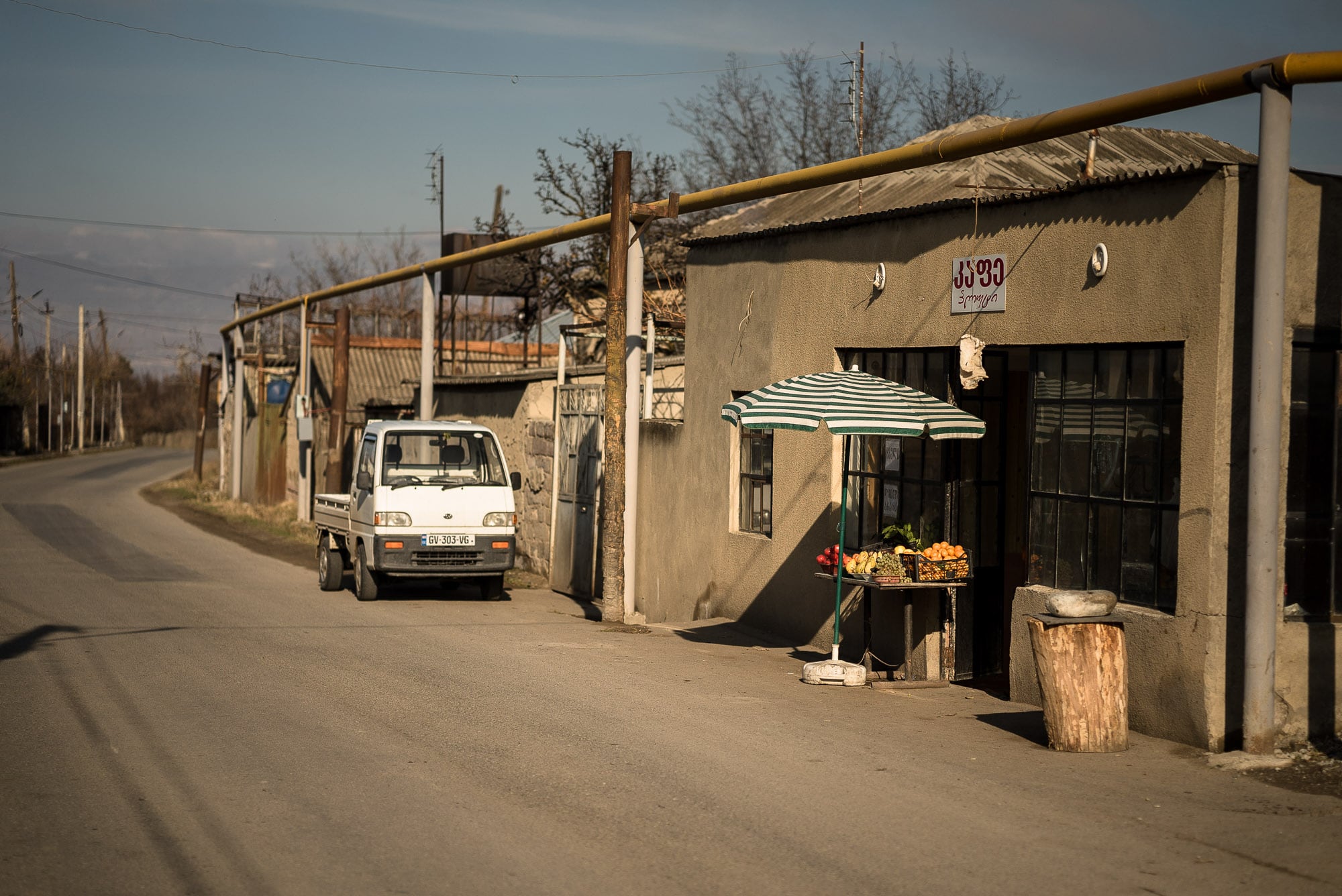 And I marvelled at this old tower-like structure for a while: 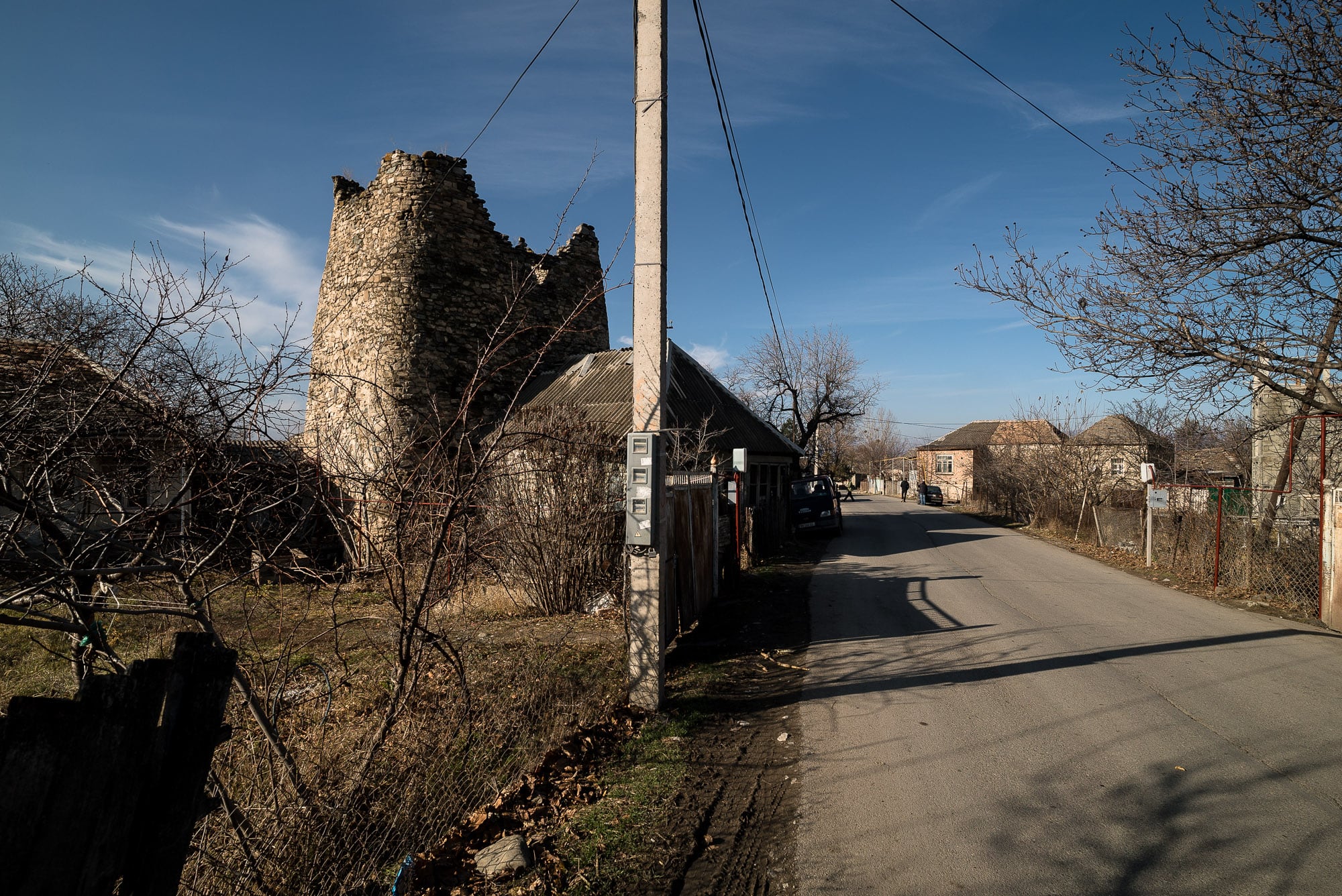 But I had to go. It was going to be a long walking day, and I was pretty sure I would have to dance at some point towards the end. So I didn’t want to be late.

This gentleman wished me good luck: 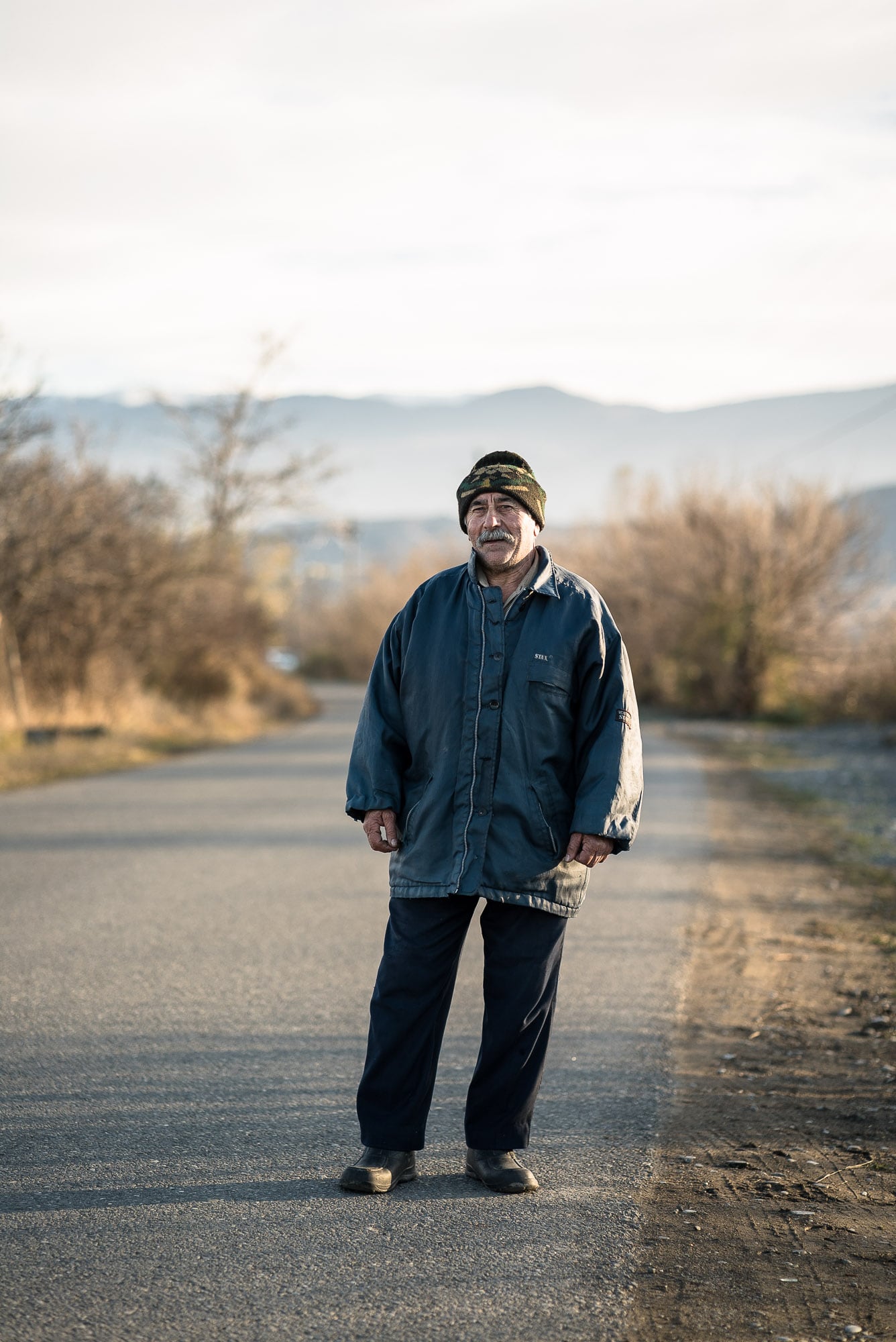 Then the sun started setting: 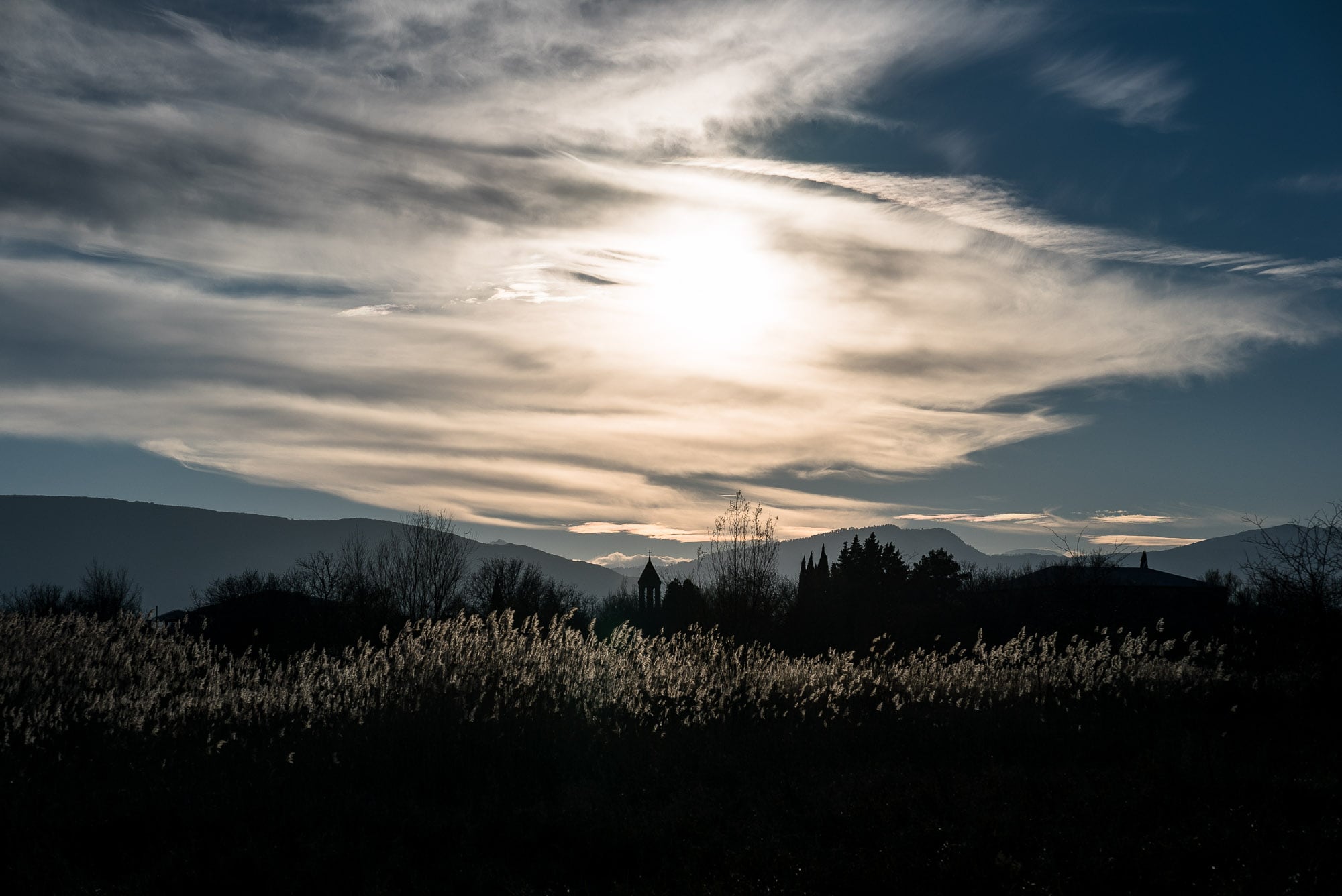 And I passed a refugee camp, a place that housed people who had fled South Ossetia after Russia’s forces had occupied it in 2008: 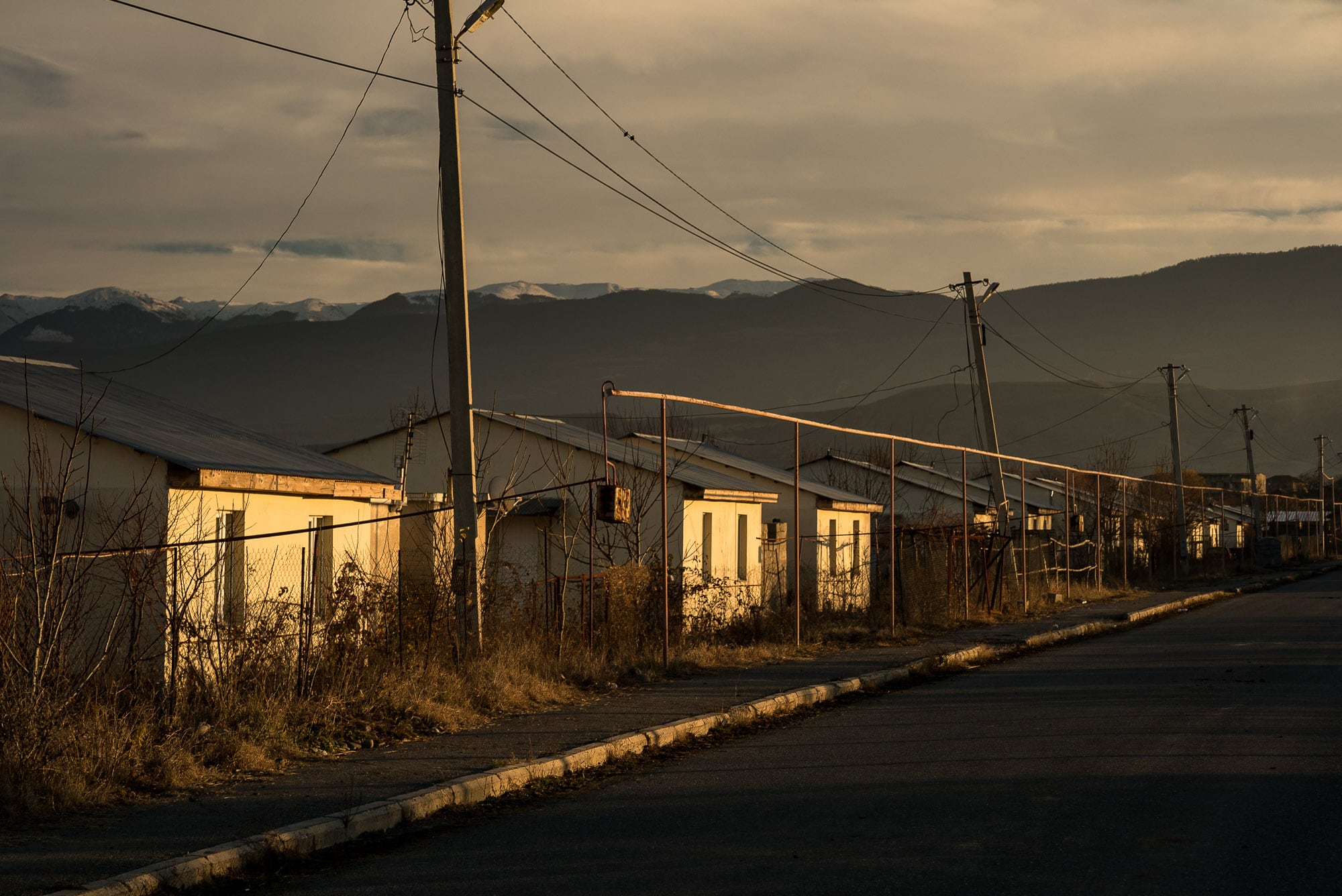 Someone I talked to on the road told me that the situation was dire – the camps were made up of makeshift houses that had a semi-permanent character, but there seemed to be no work, no entertainment, and no future in those places.

Once I crossed a railroad line and ventured on a dirt path next to a river: 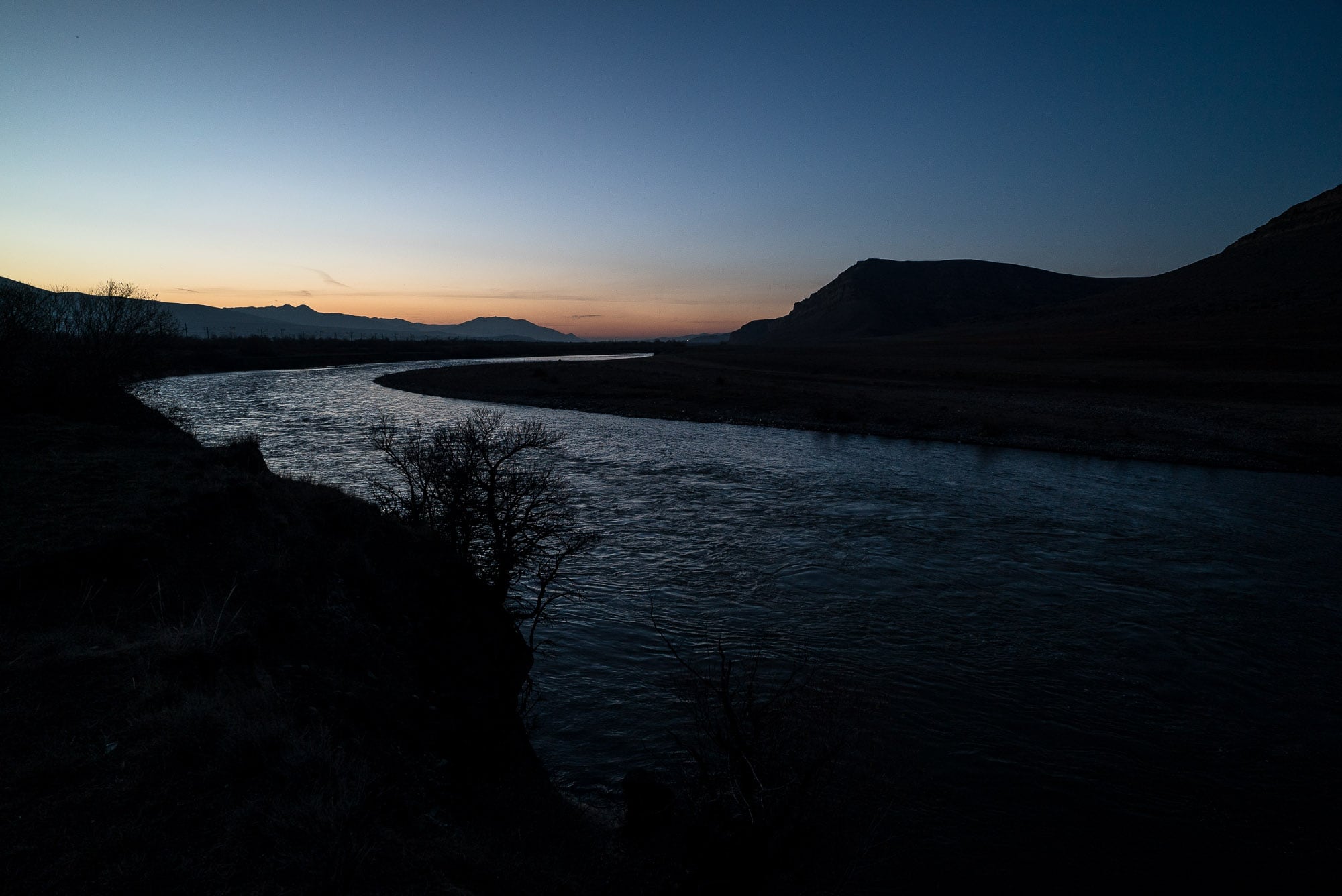 And it was there that I whipped out the bumble-bee headdress that I had bought specifically for this occasion while I was in Aktau a few months earlier: 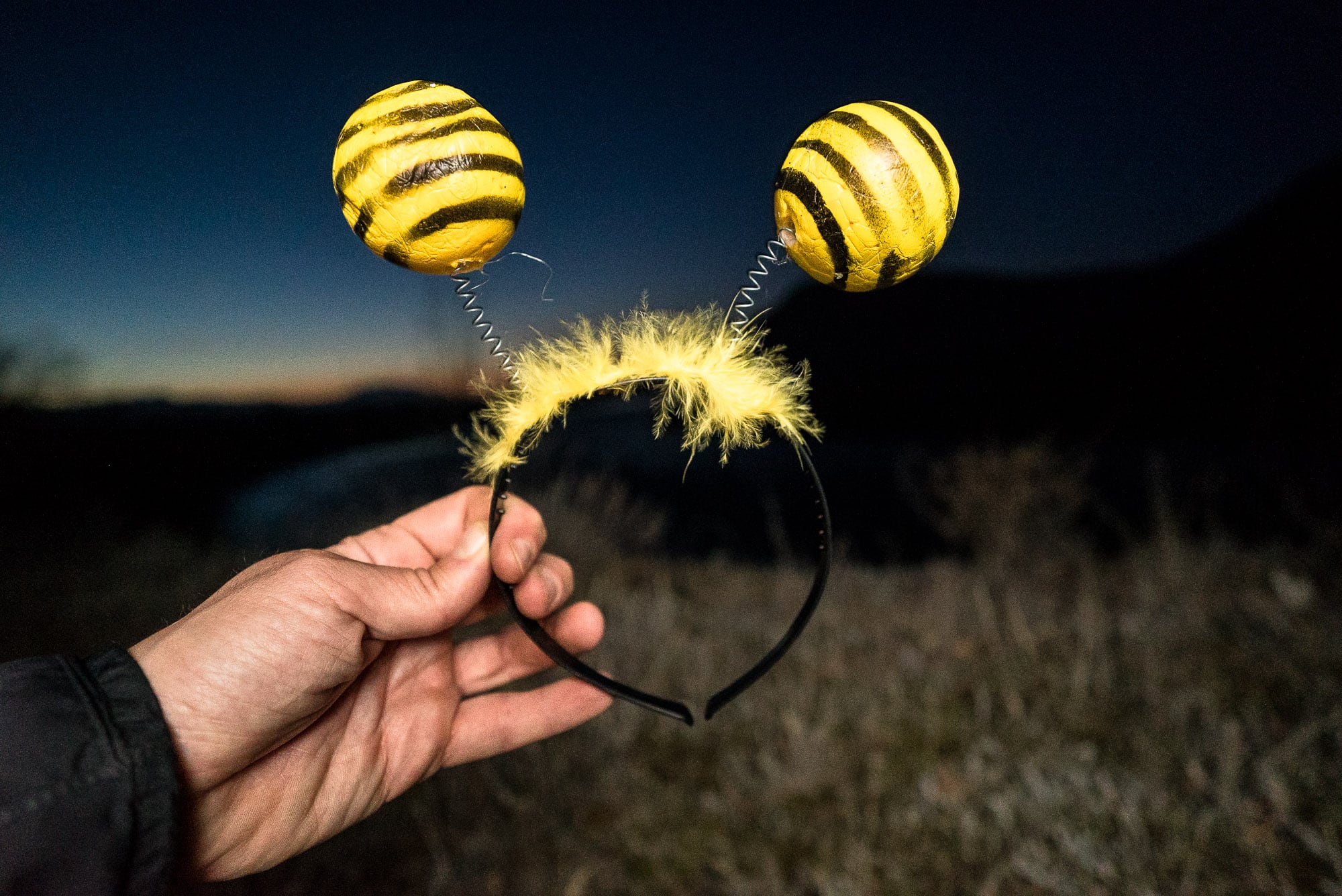 And then I danced:

When it was all over a complete and moonless absence of light had swallowed up the land. Luckily the stars were still there: 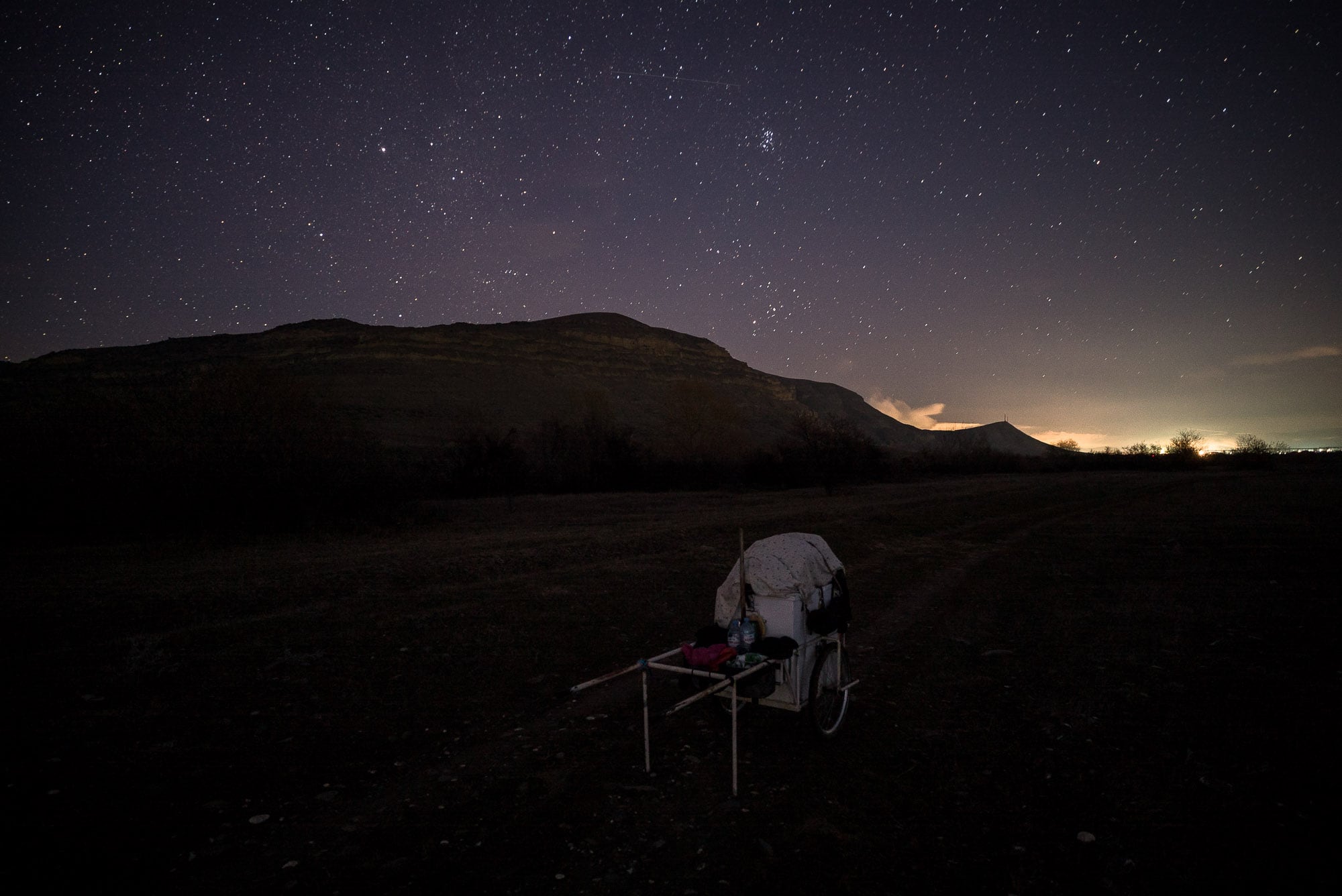 I arrived at a village that was supposed to have a guesthouse, but it turned out the owners had left town: 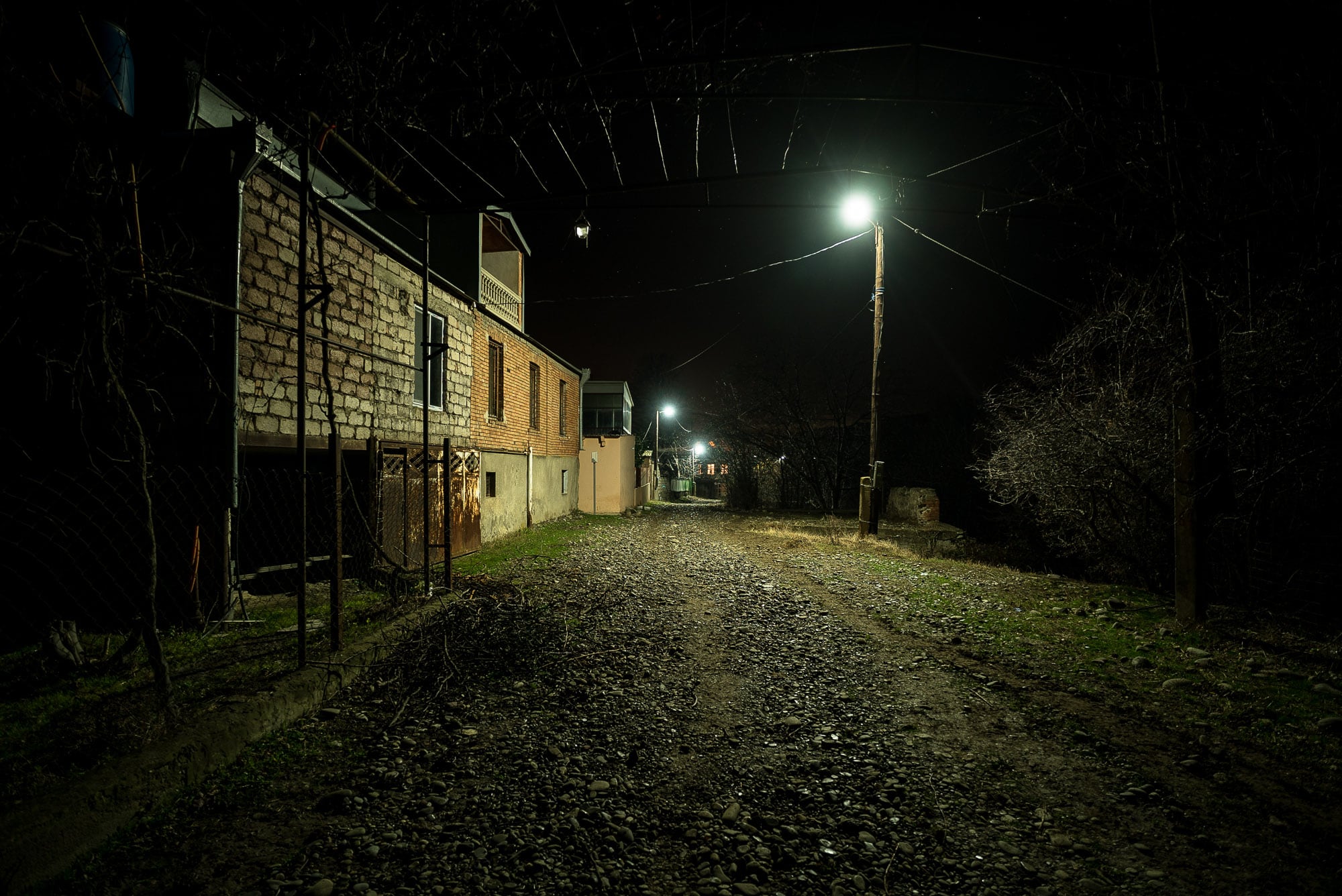 So I pressed on, not knowing where to go. On the map I could see that there was a museum near some cliffs, and next to the museum there were some restaurants, so I figured I might as well go there and ask if I could spend the night.

The cliffs were there: 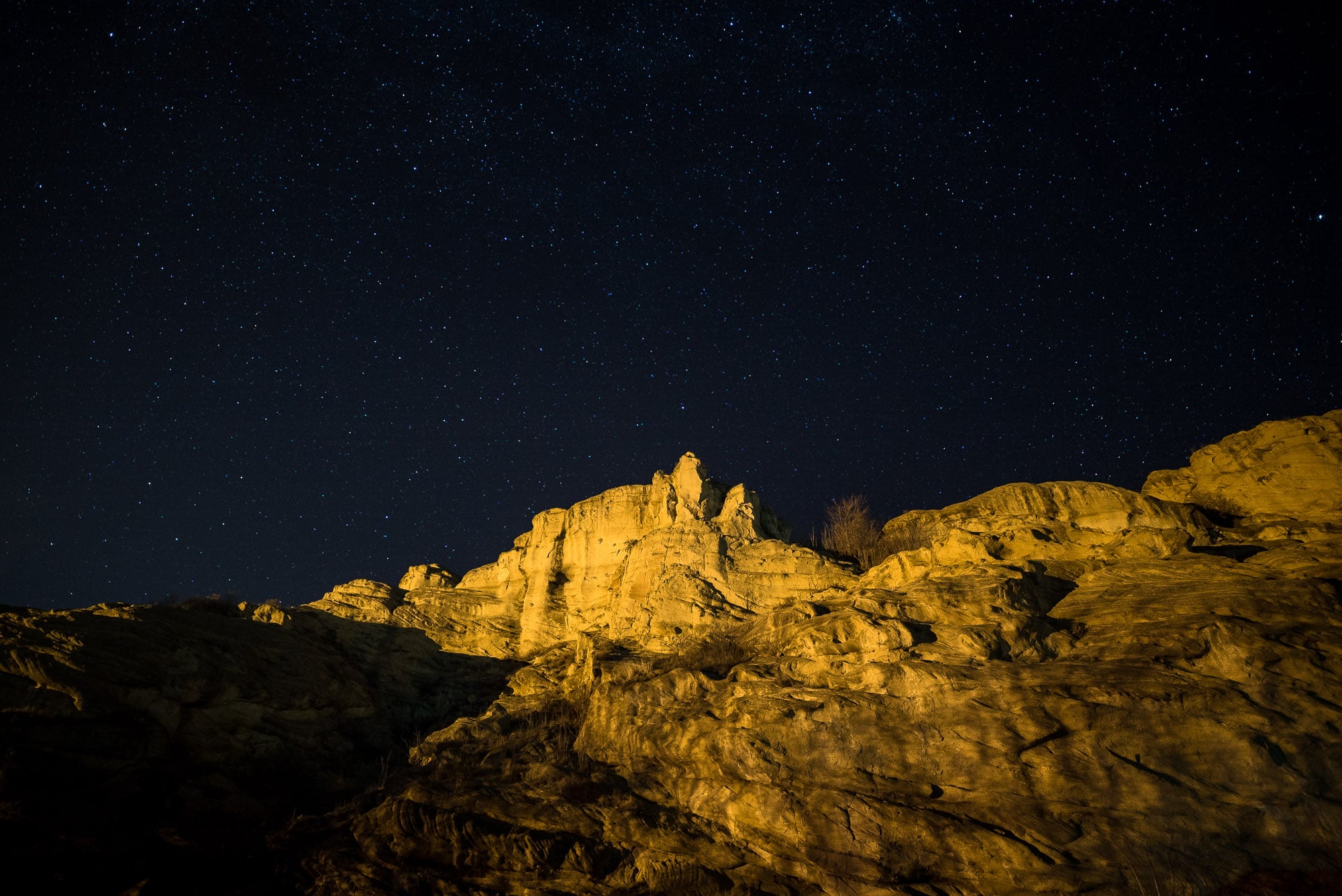 The restaurants were closed, though.

Lucky for me I got noticed by a patrol car, and the policemen talked to the night guards at the museum for me. They told me I could spend the night on the premises, so I laid down on a bench: 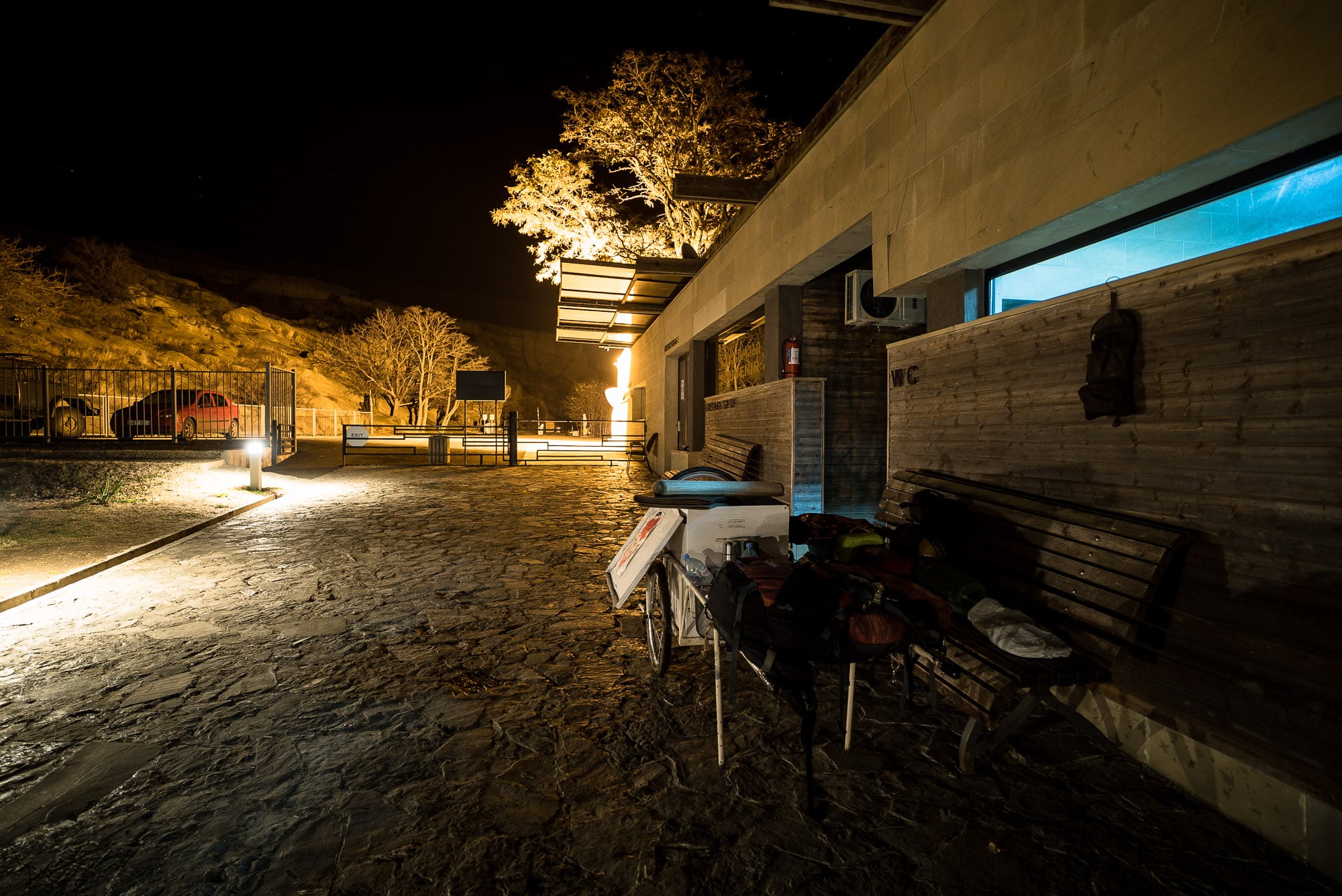 It got really wet though (lots and lots of dew), so in the end I got up, mumbled a curse into my beard and pitched the tent.

Day 1313
from Kavtiskhevi to Uplistsikhe