Went to the old town of Tbilisi today. Entered it through a little underpass with some graffiti: 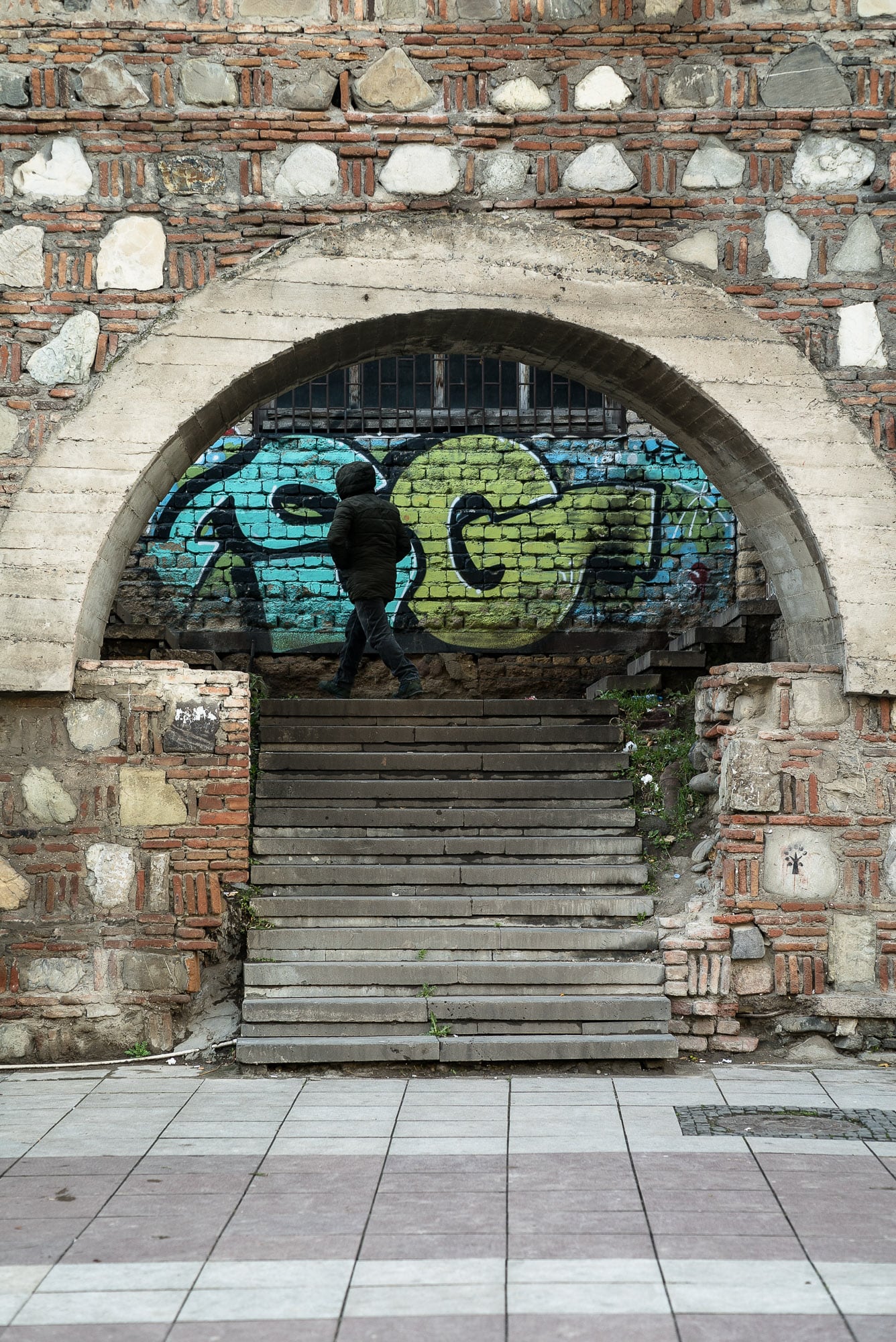 Then I was in the alleys that felt narrow and grey: 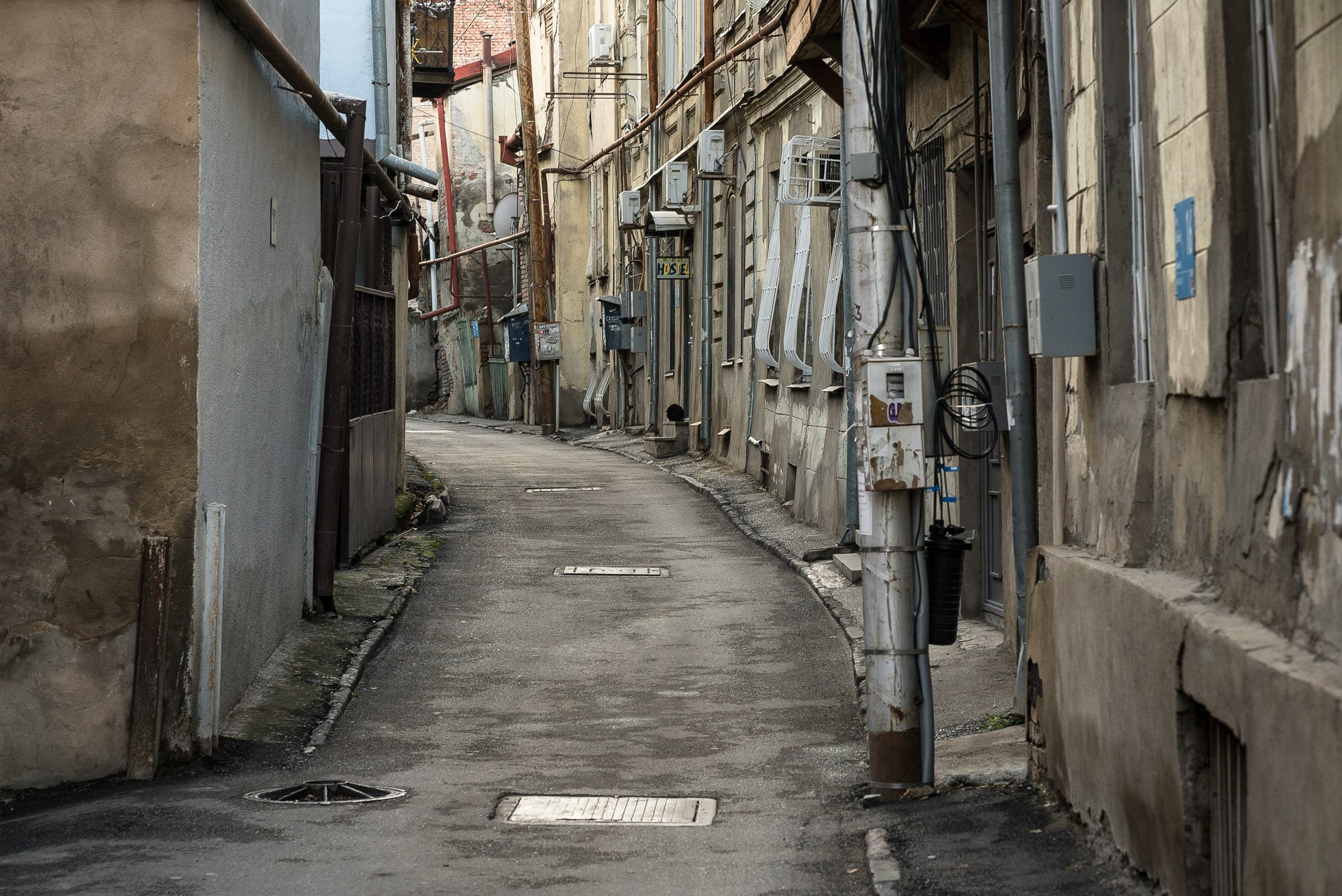 I know I keep saying this, but they often reminded me of certain East European capital cities: 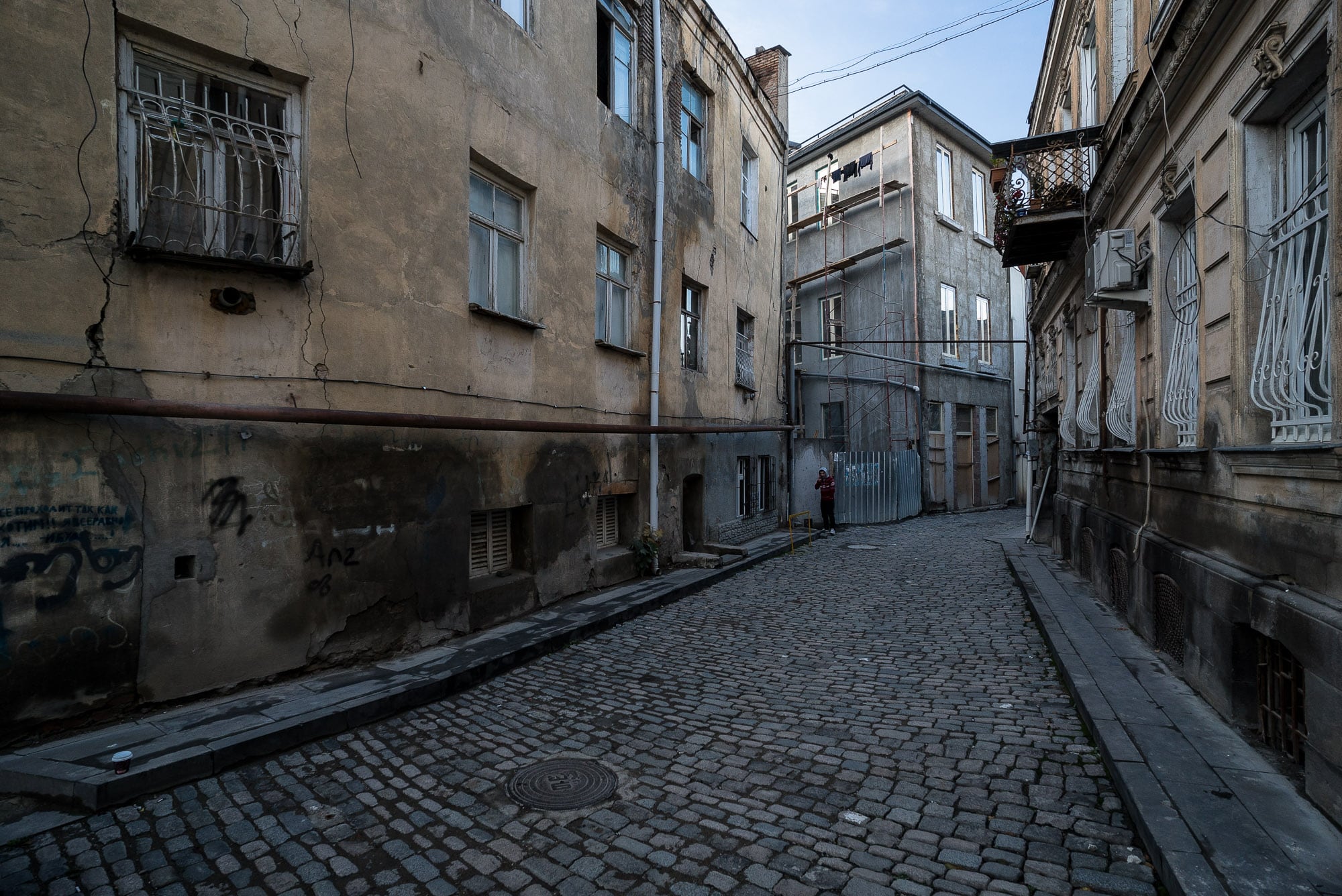 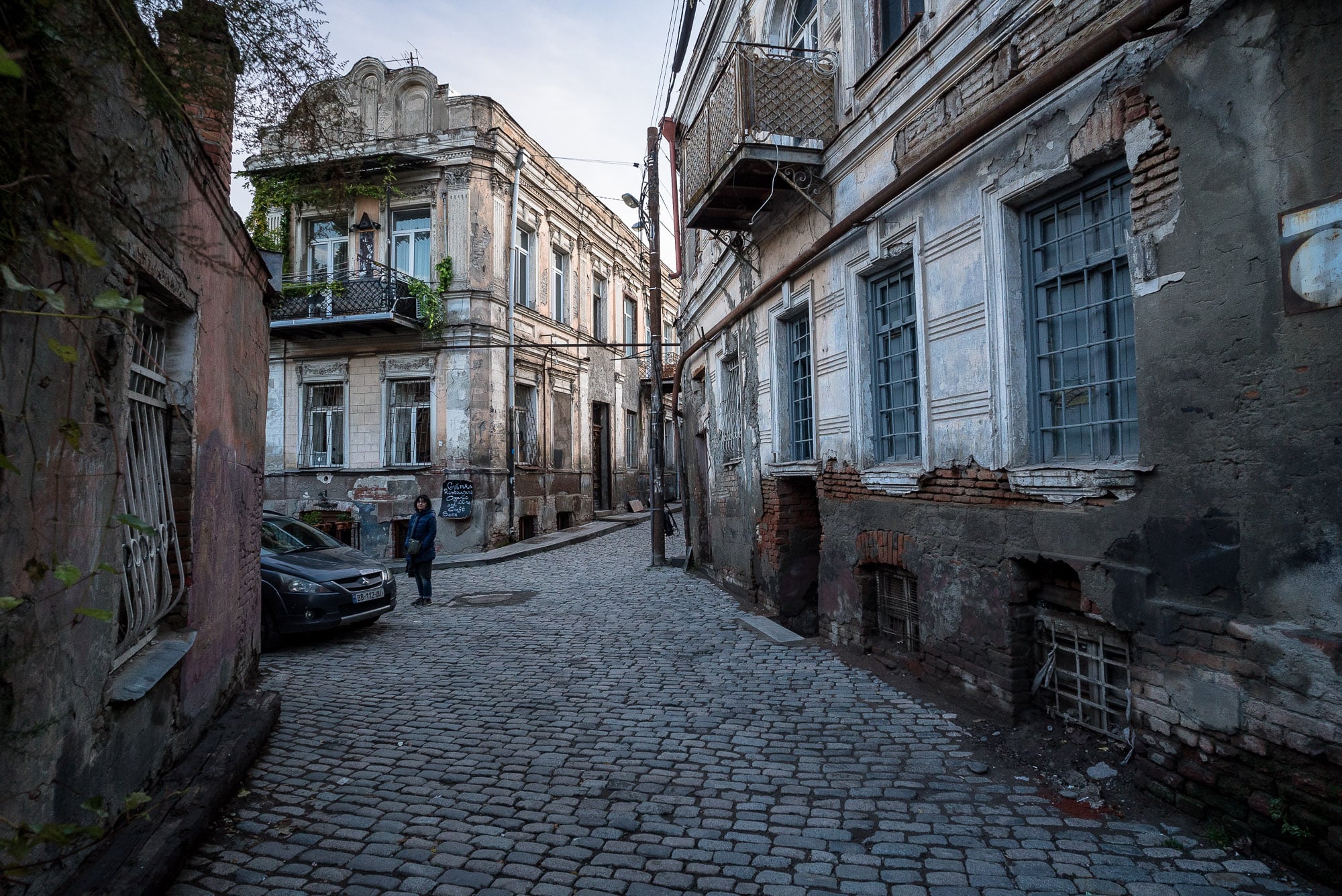 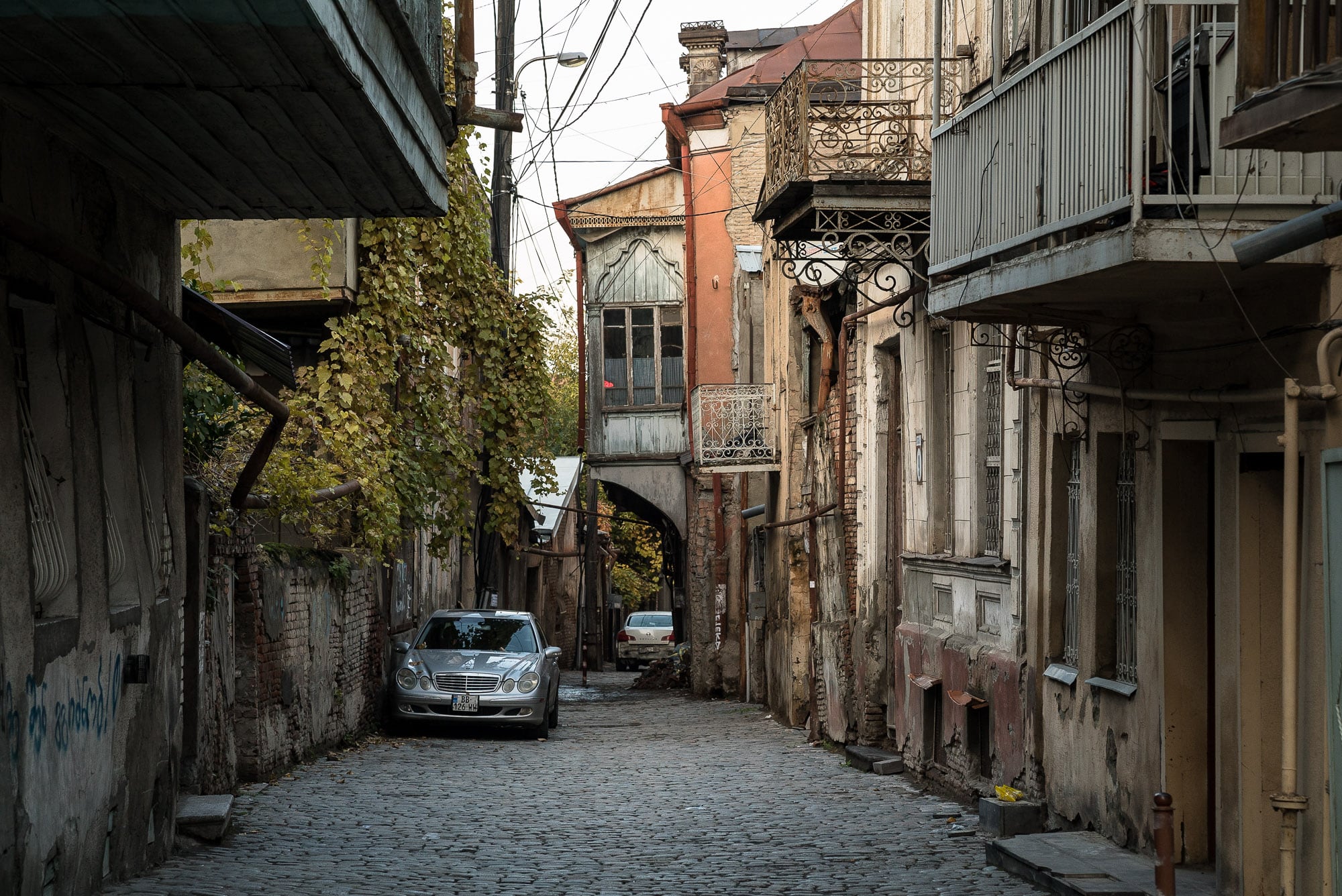 Only some of the non-touristic courtyards looked very different: 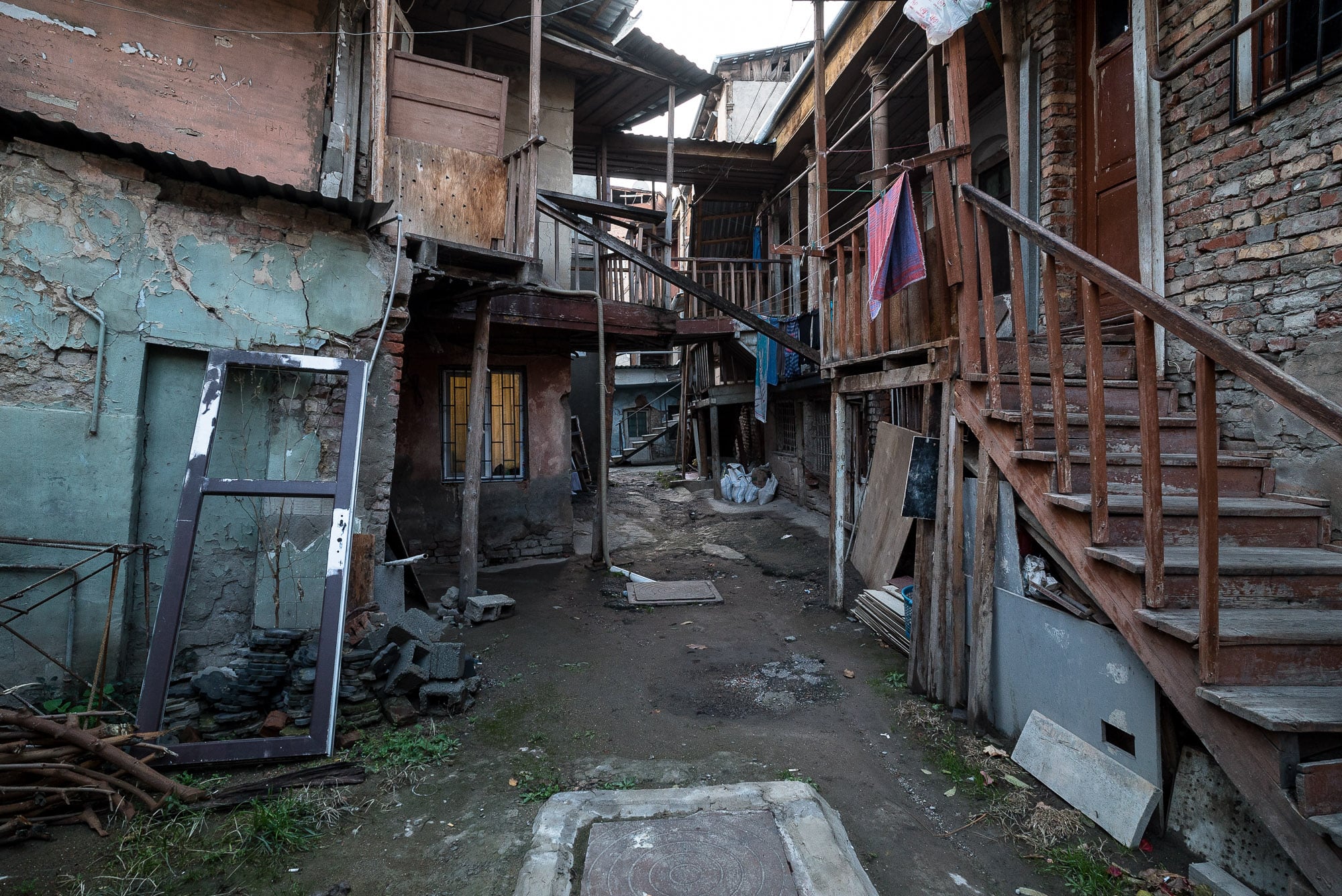 And when I lifted my eyes, I could see strange buildings held in place by steel girders: 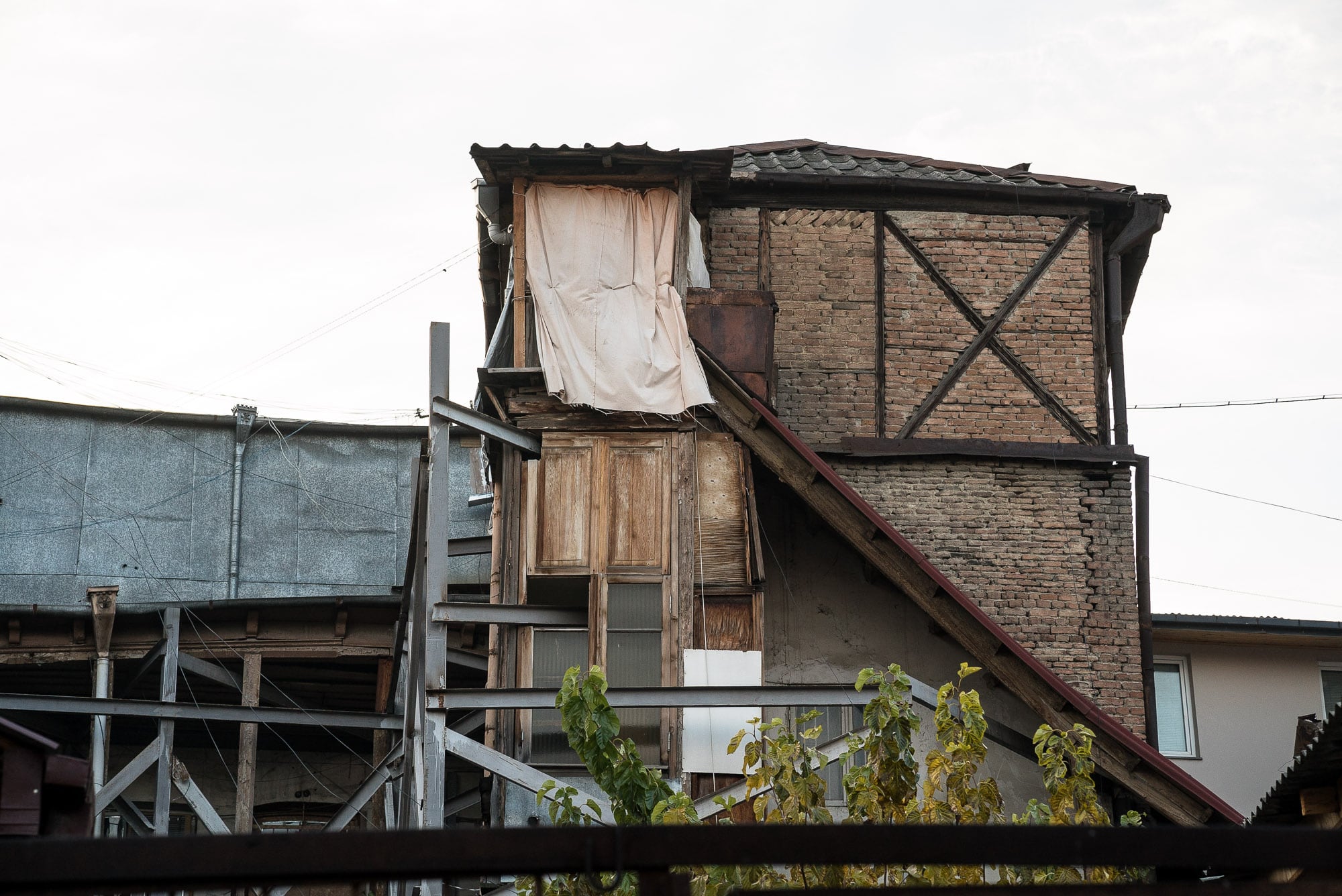 Either way, Tbilisi was becoming hip: 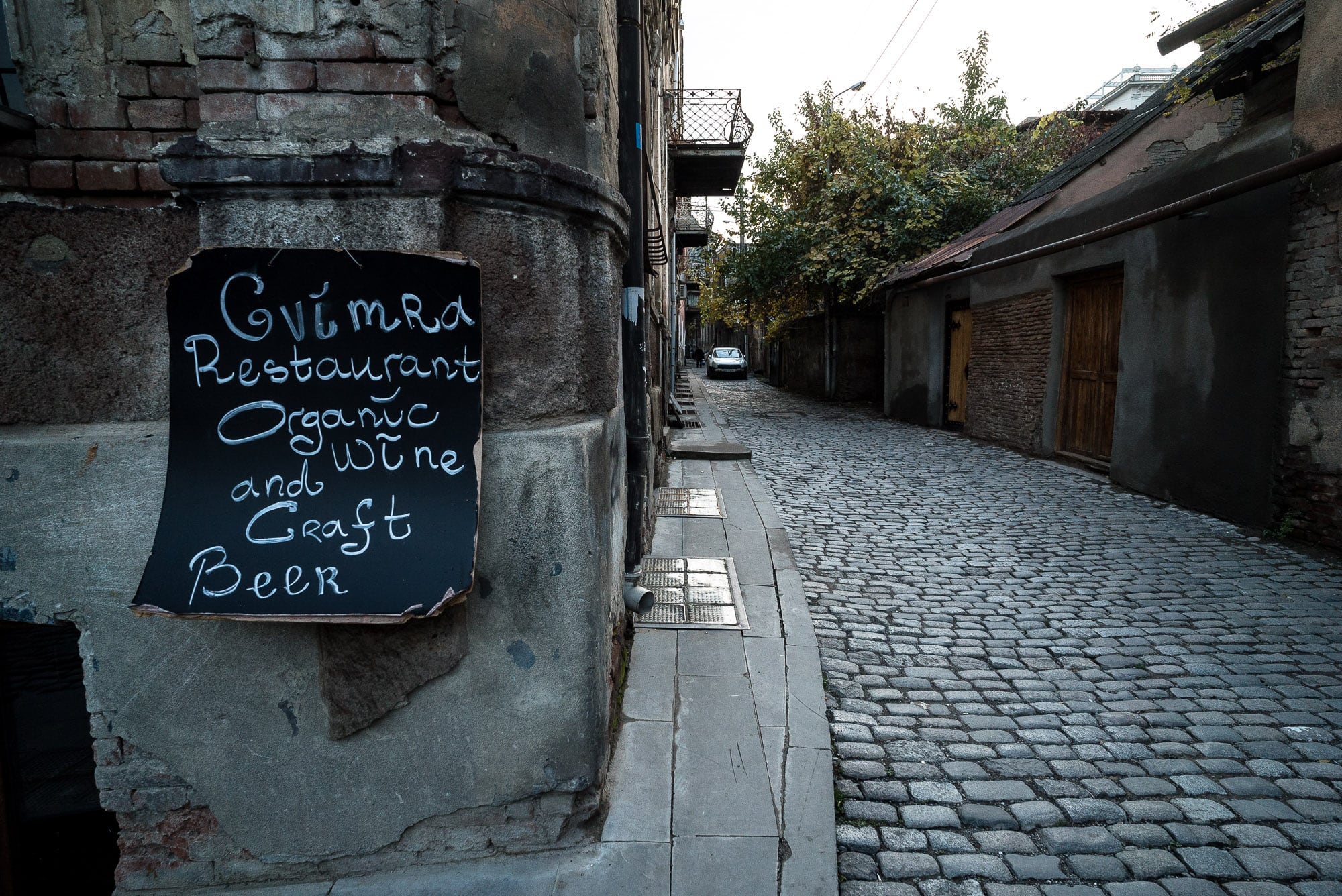 And it did have some rather thought-provoking graffiti: 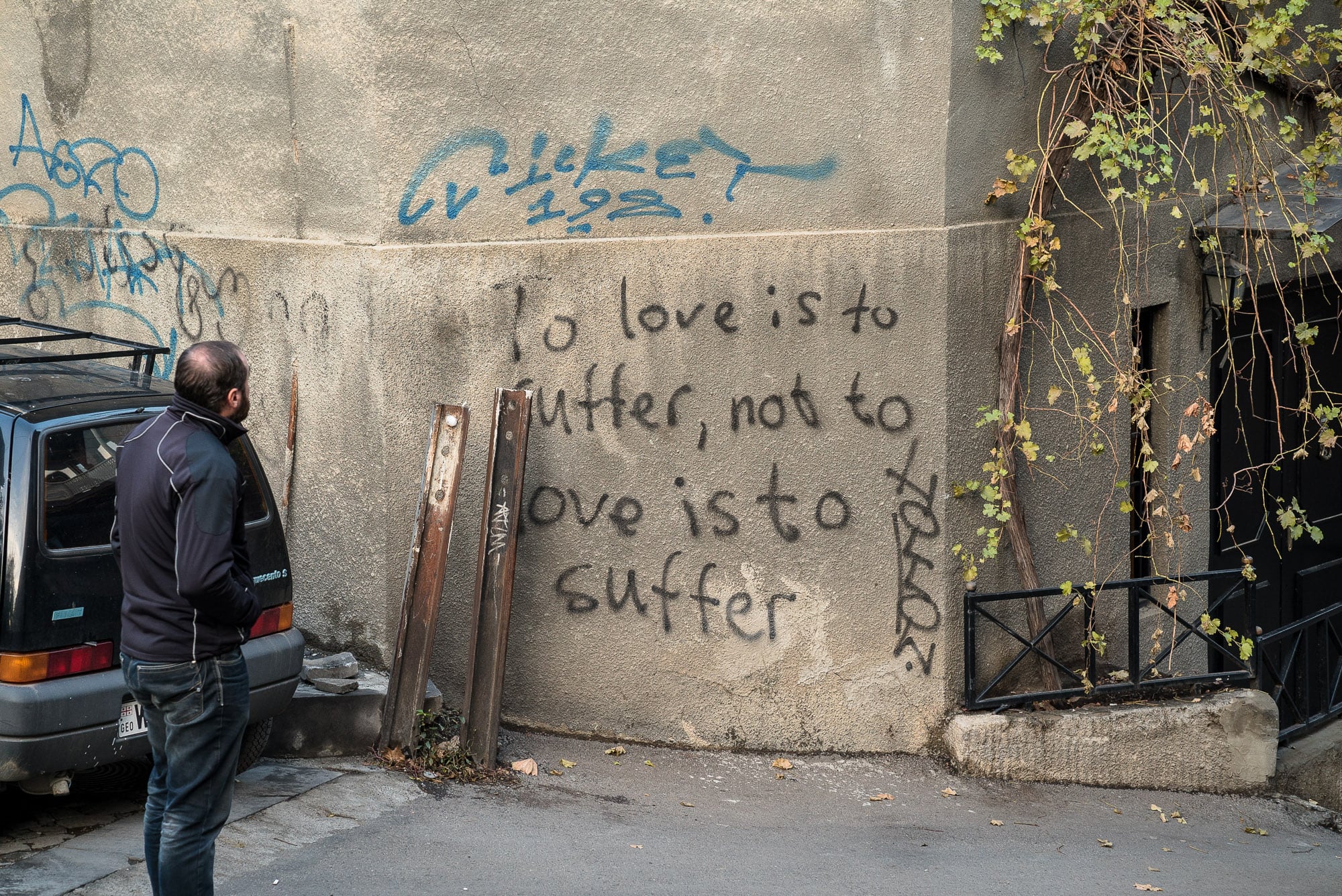 I walked around until darkness fell, and the gates to the courtyards became all the more enticing: 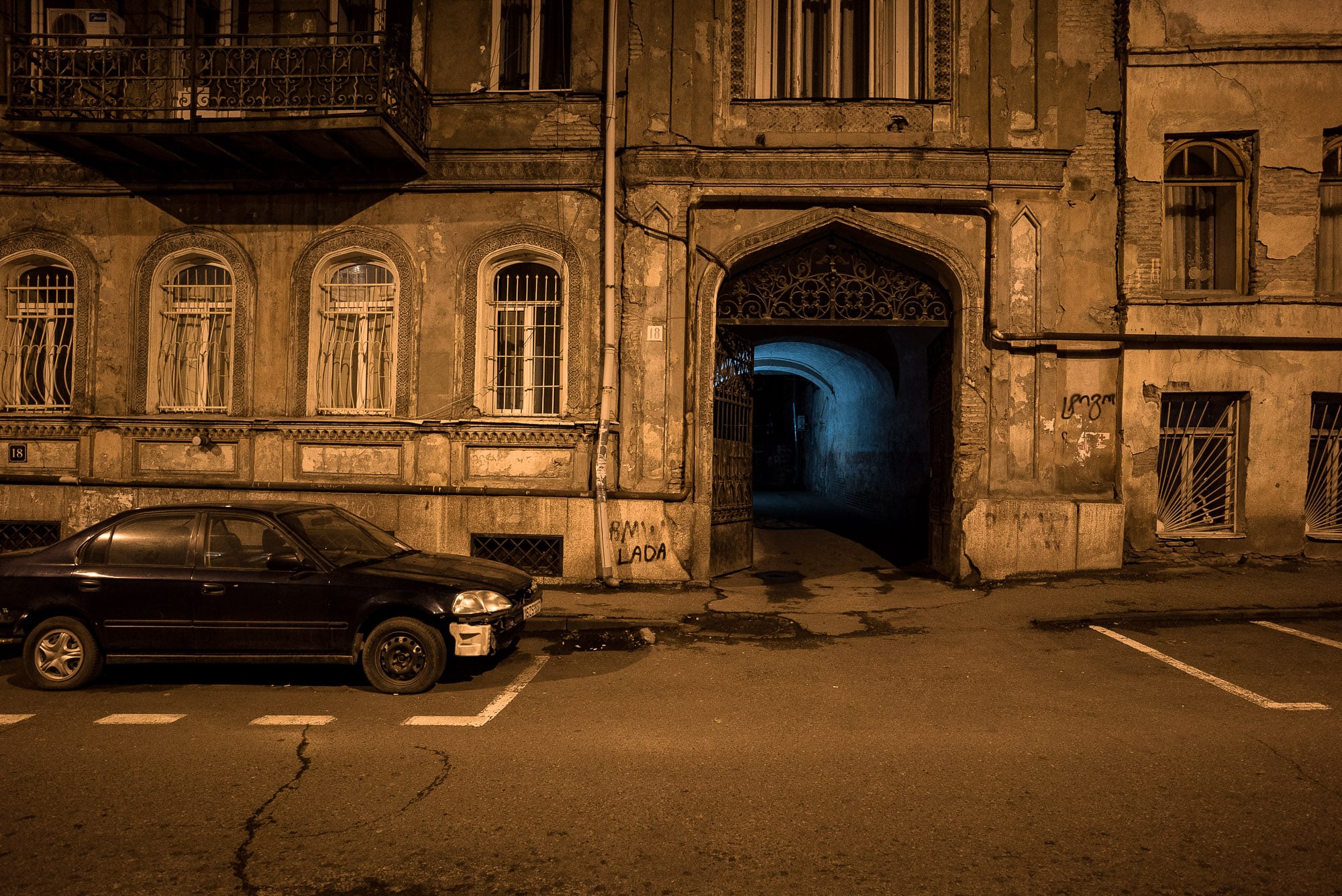 There was a school that had a sign in German, designating it as the “sixth authorized school”: 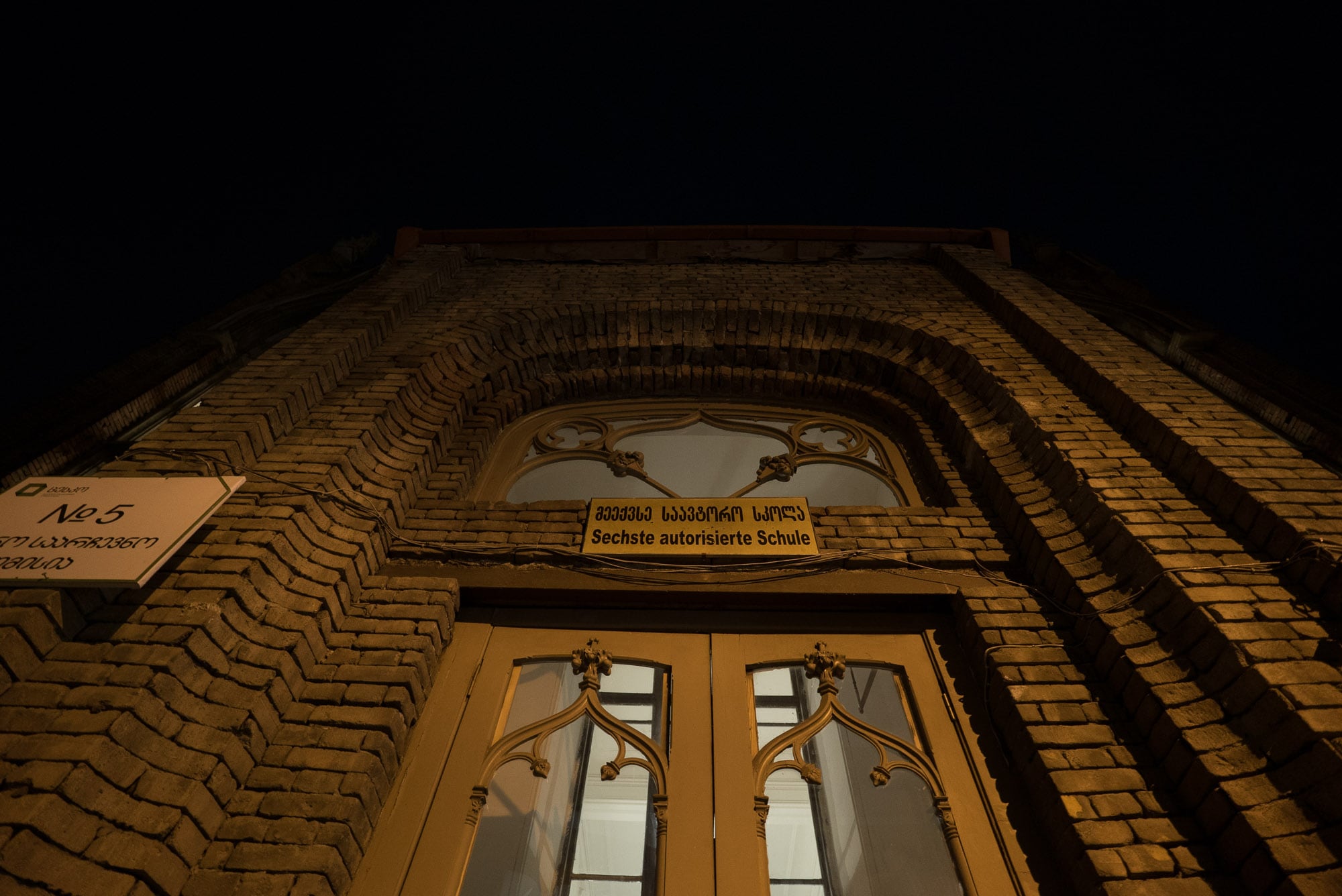 I didn’t try to find out what that meant, though.

Instead, I went back to the Thai restaurant that I liked so much: 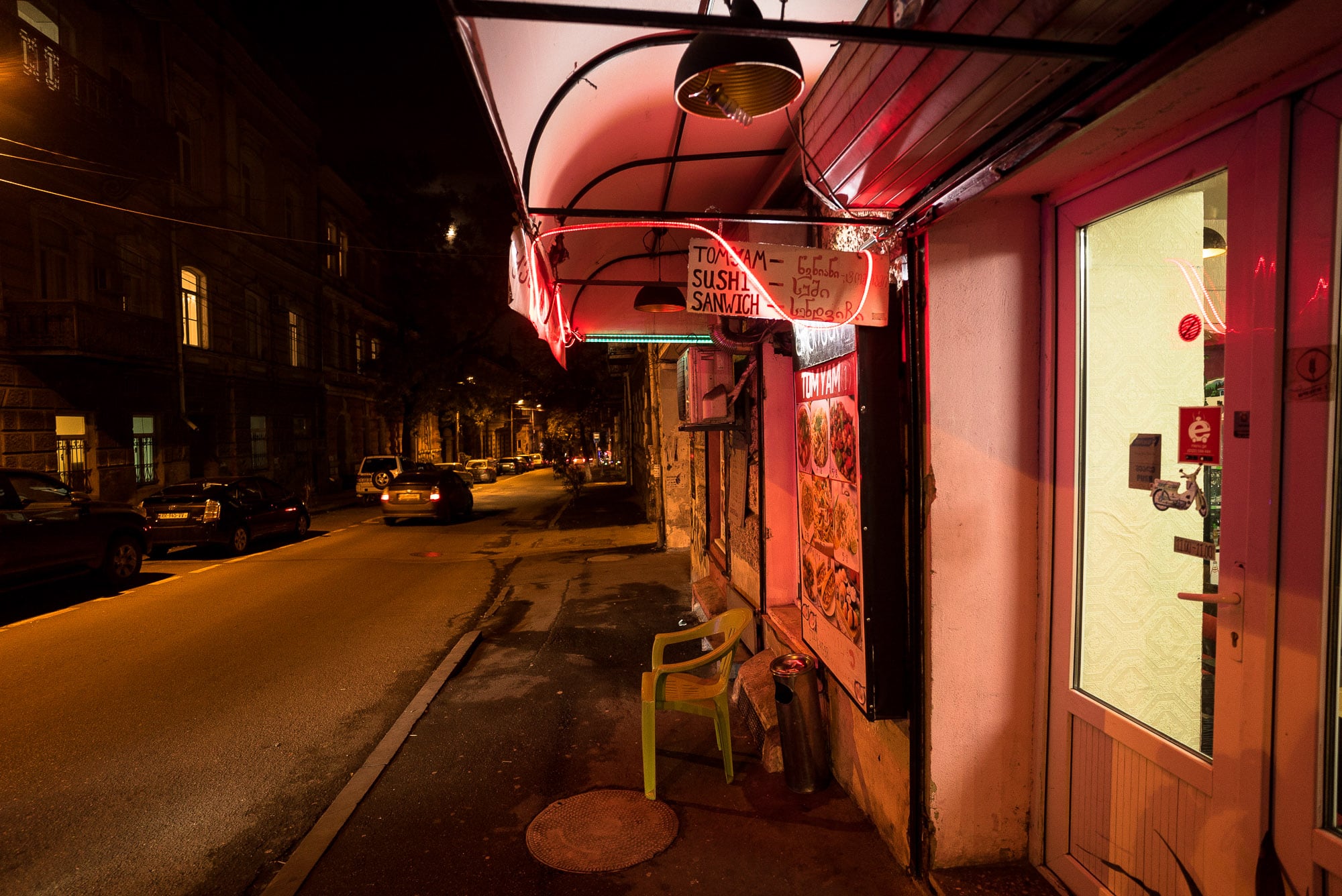