Down in the south of Tbilisi, in Kaspi Street No. 7, there is a building that looks like a bunker or a German university canteen: 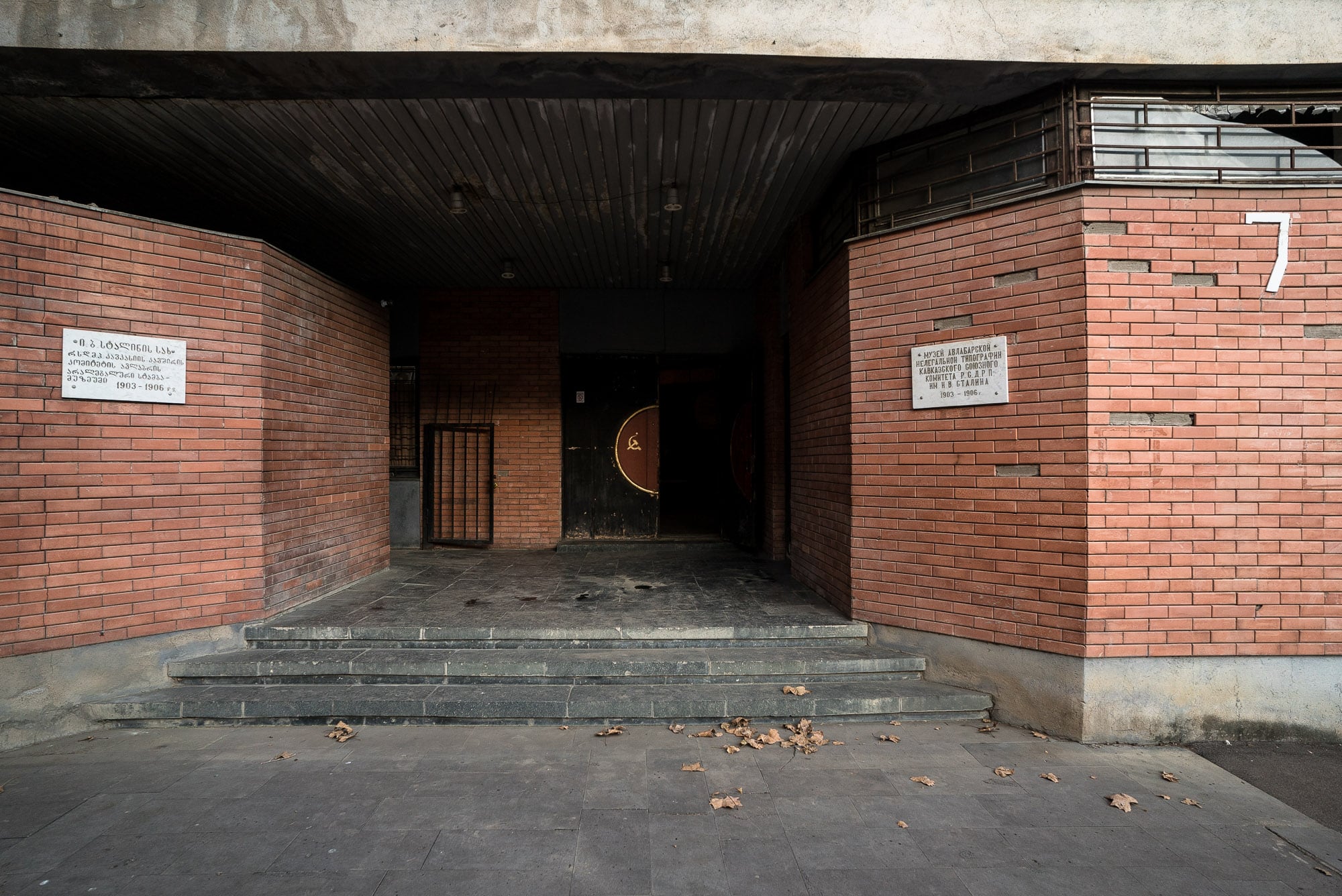 It is the Joseph Stalin Underground Printing House Museum, and when I went in and asked about the admission fee, I was told to donate 10 Lari: 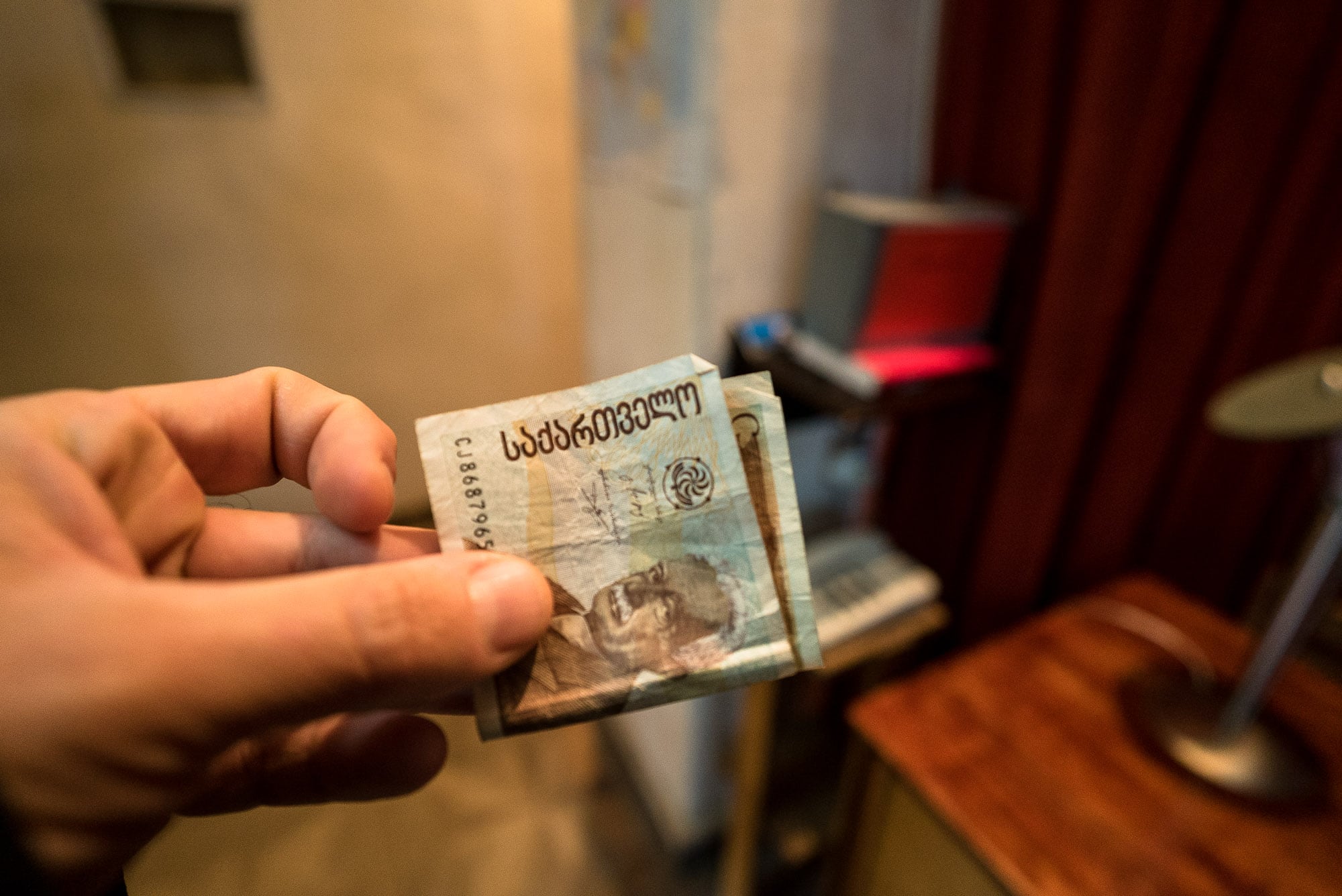 There was a picture of Joseph Stalin with Mao Zedong: 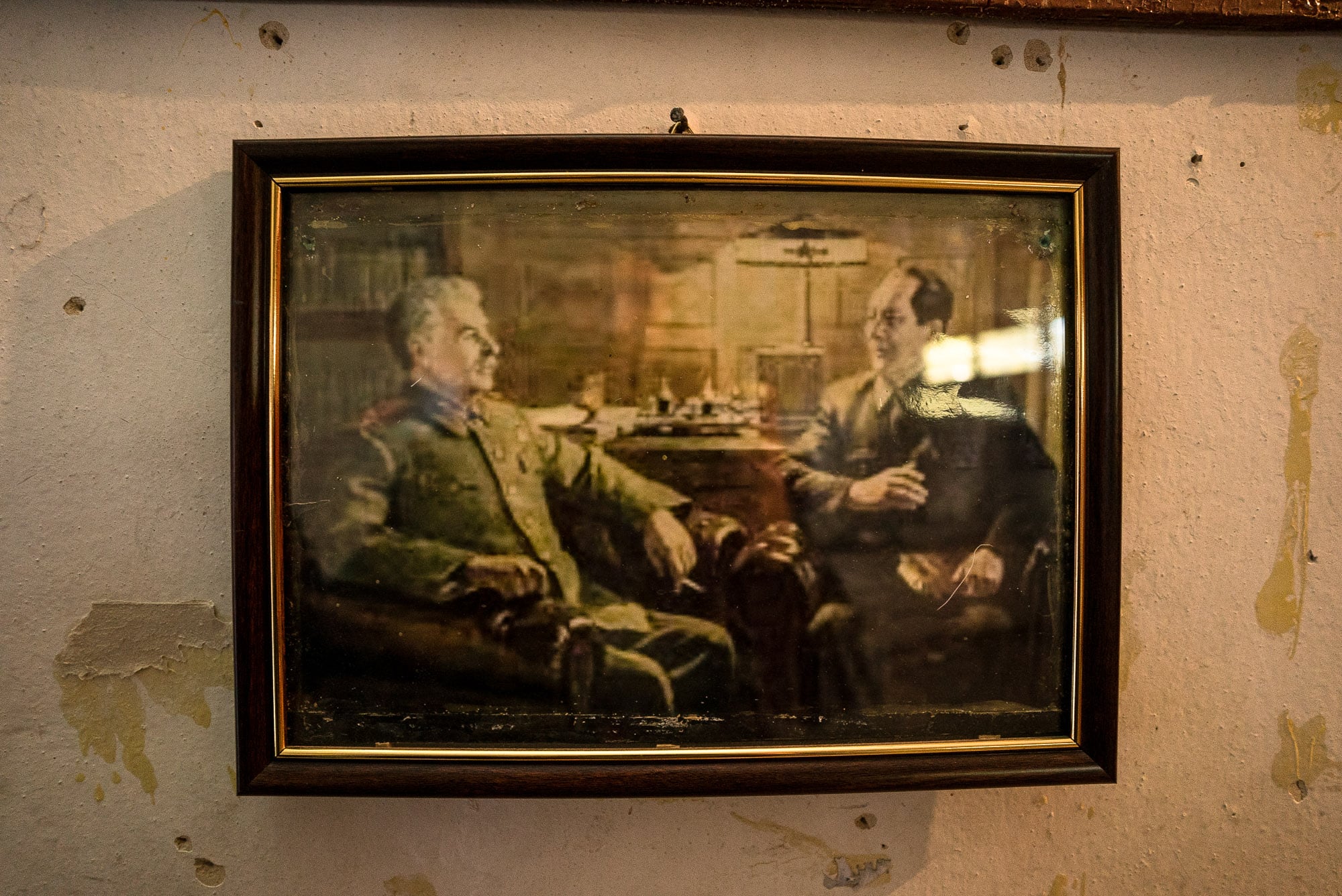 Upon my remark that these two particular gentlemen used to hate each other, I was told that this wasn’t true at all. In fact, I learned, Stalin and Mao had been the best of friends, as was clear from public statements both had made. And of course from the picture.

There was a small exhibition with some copies of Communist relics: 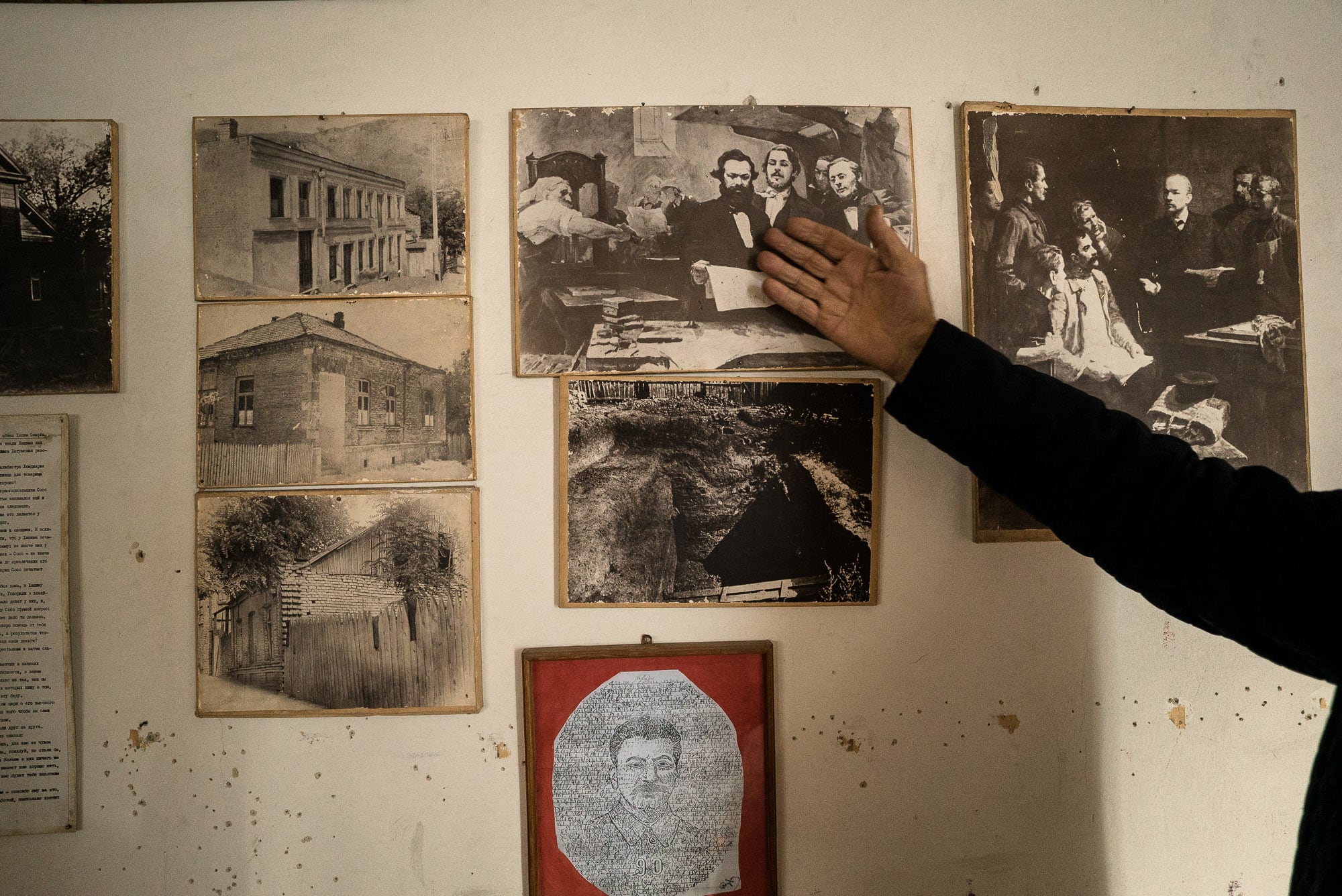 But the main attraction was this: 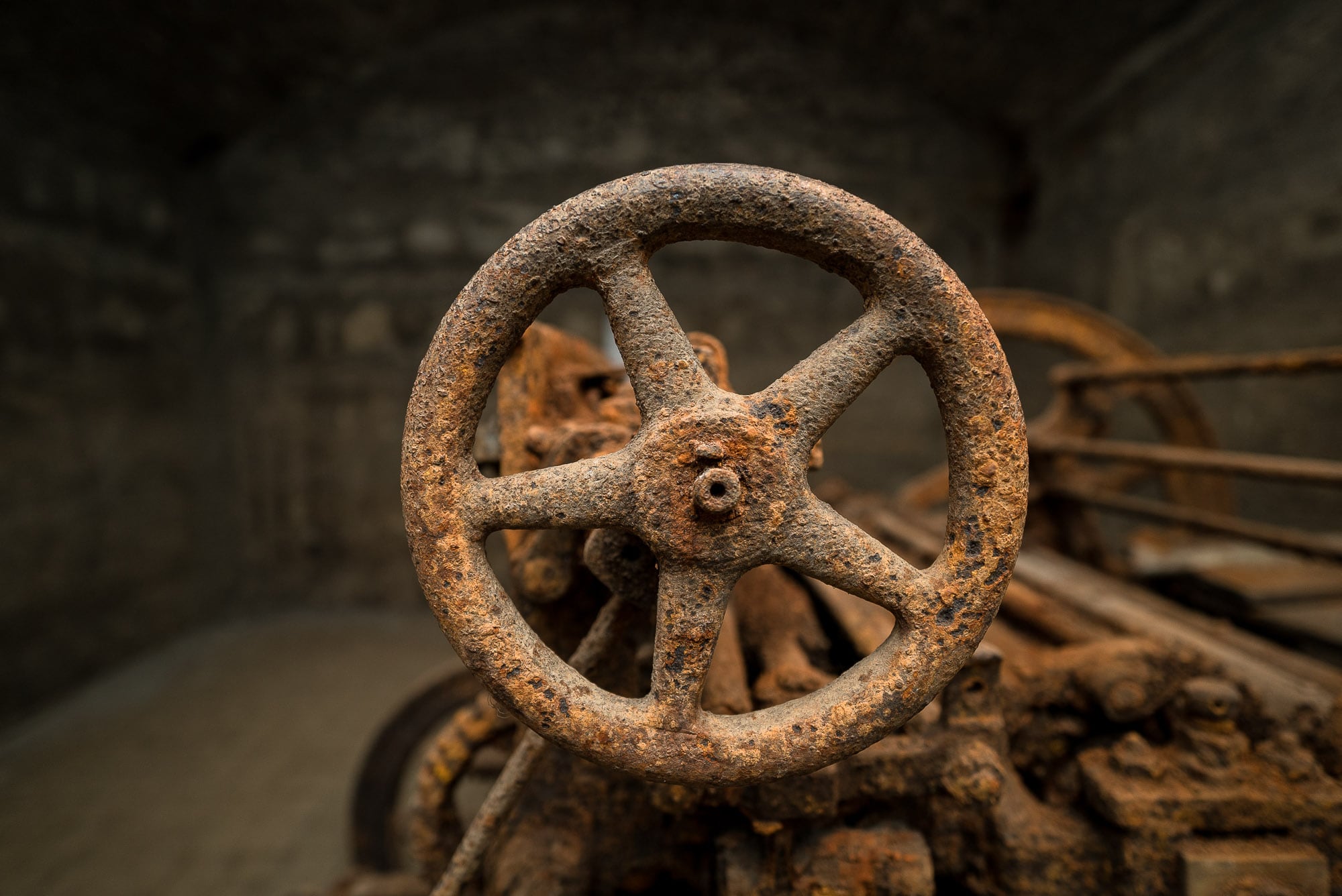 The original secret printing press that Stalin and his buddies had operated during the first years of the 20th century, back when the October Revolution had not yet happened and Communism was still underground (just like the printing press itself).

The press was located in a chamber under a residential building: 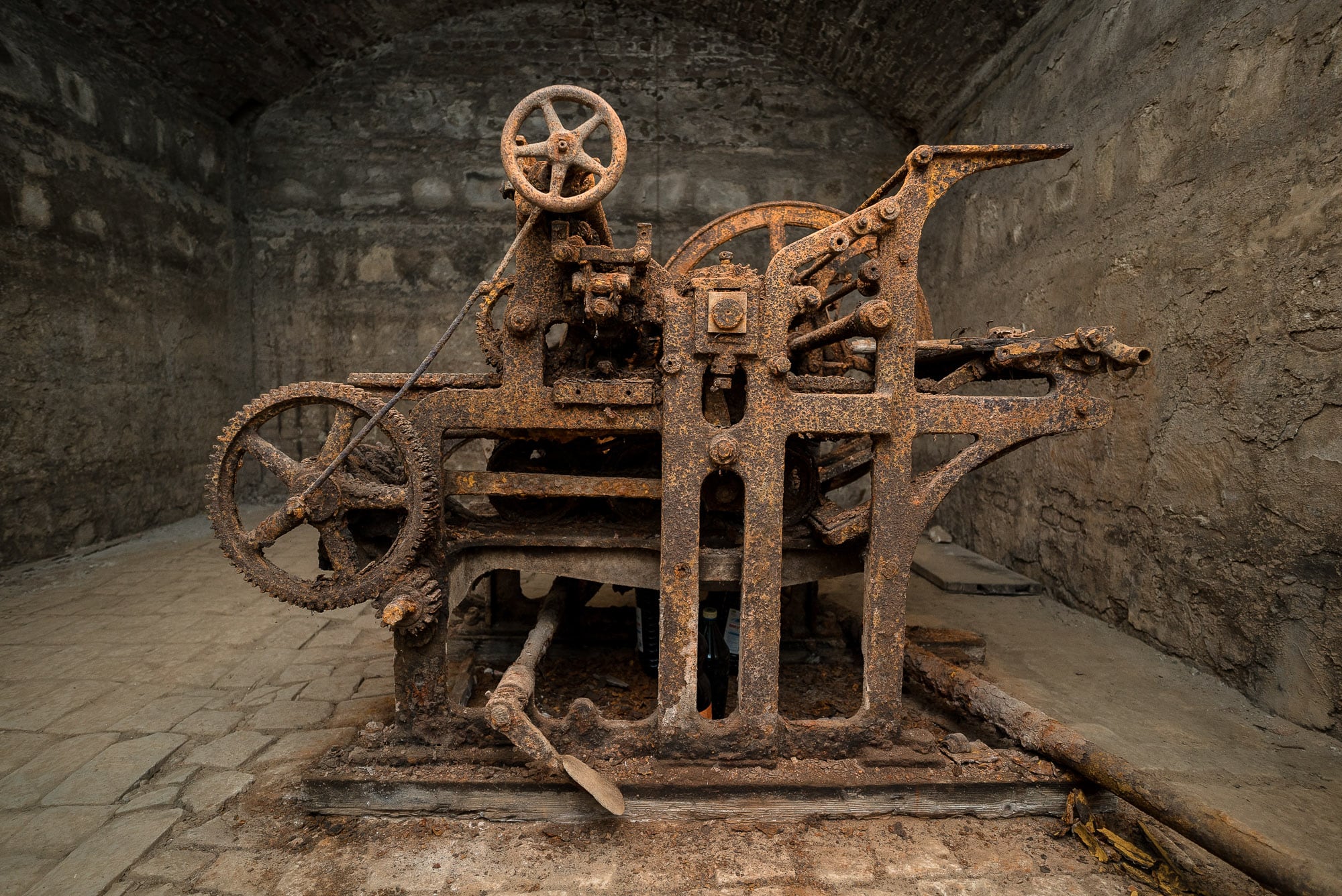 And it was, just like Communism, a German creation: 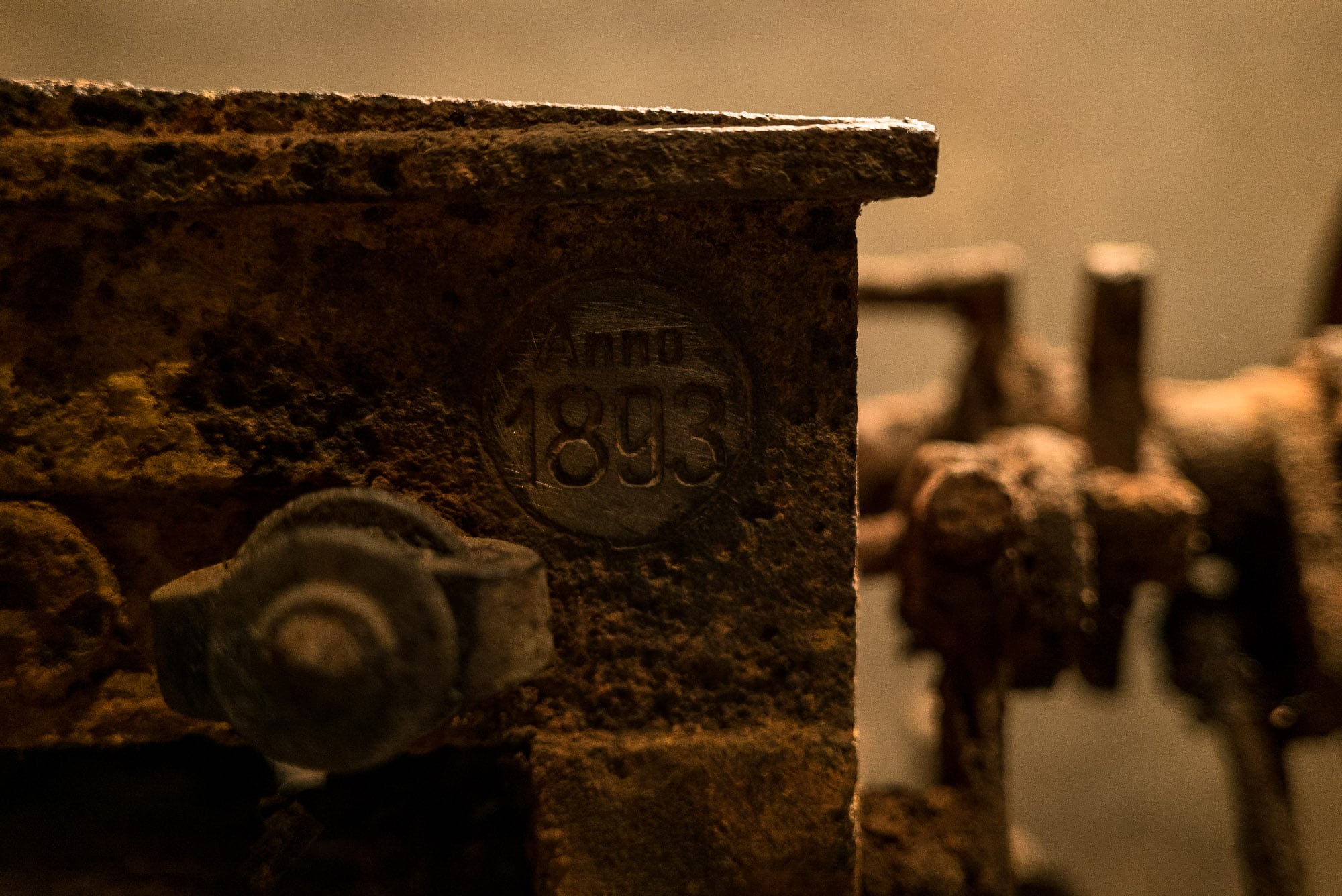 Sadly, the whole place had come under water at some point, which is why the press was damaged pretty badly: 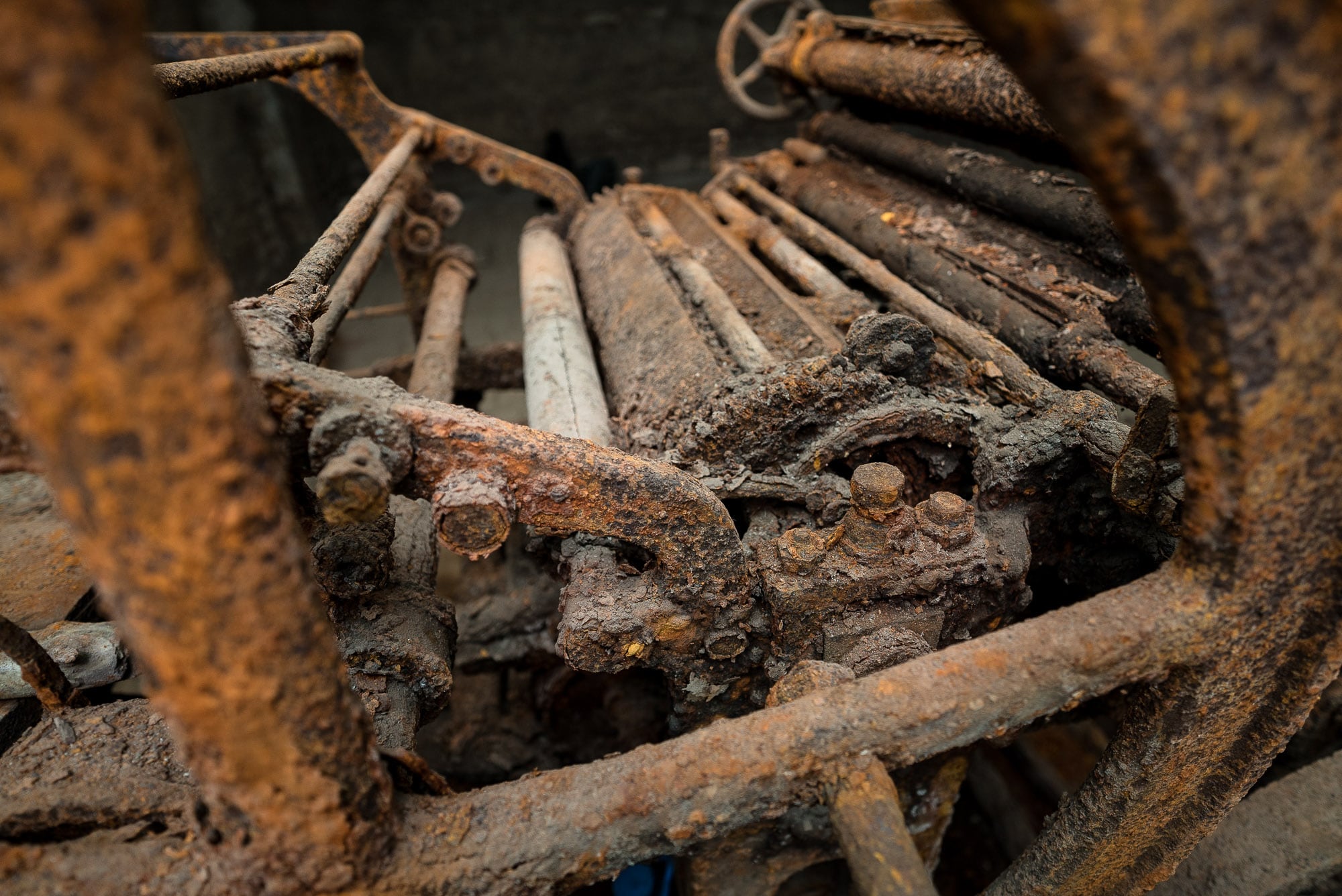 An old gentleman named Jiuli showed me around: 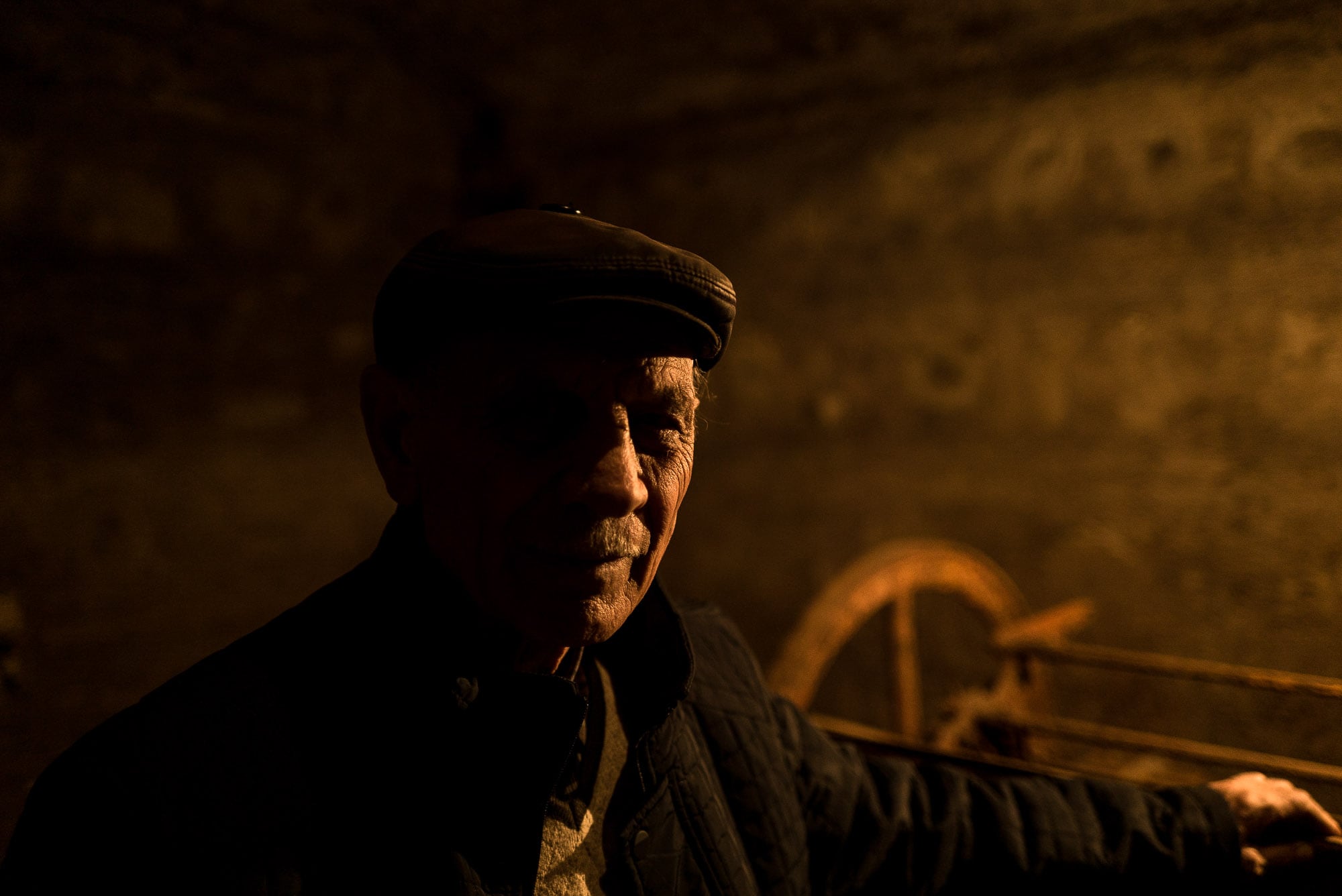 He was the caretaker of the place and a lifelong supporter of Communism. He loved Stalin, and he hated the way things were right now. I liked him as a person, though, and we got along great.

Jiuli took me to an opening in the ground that had served as a hatch from where Stalin (‘s crew) would eject their newly printed newspapers: 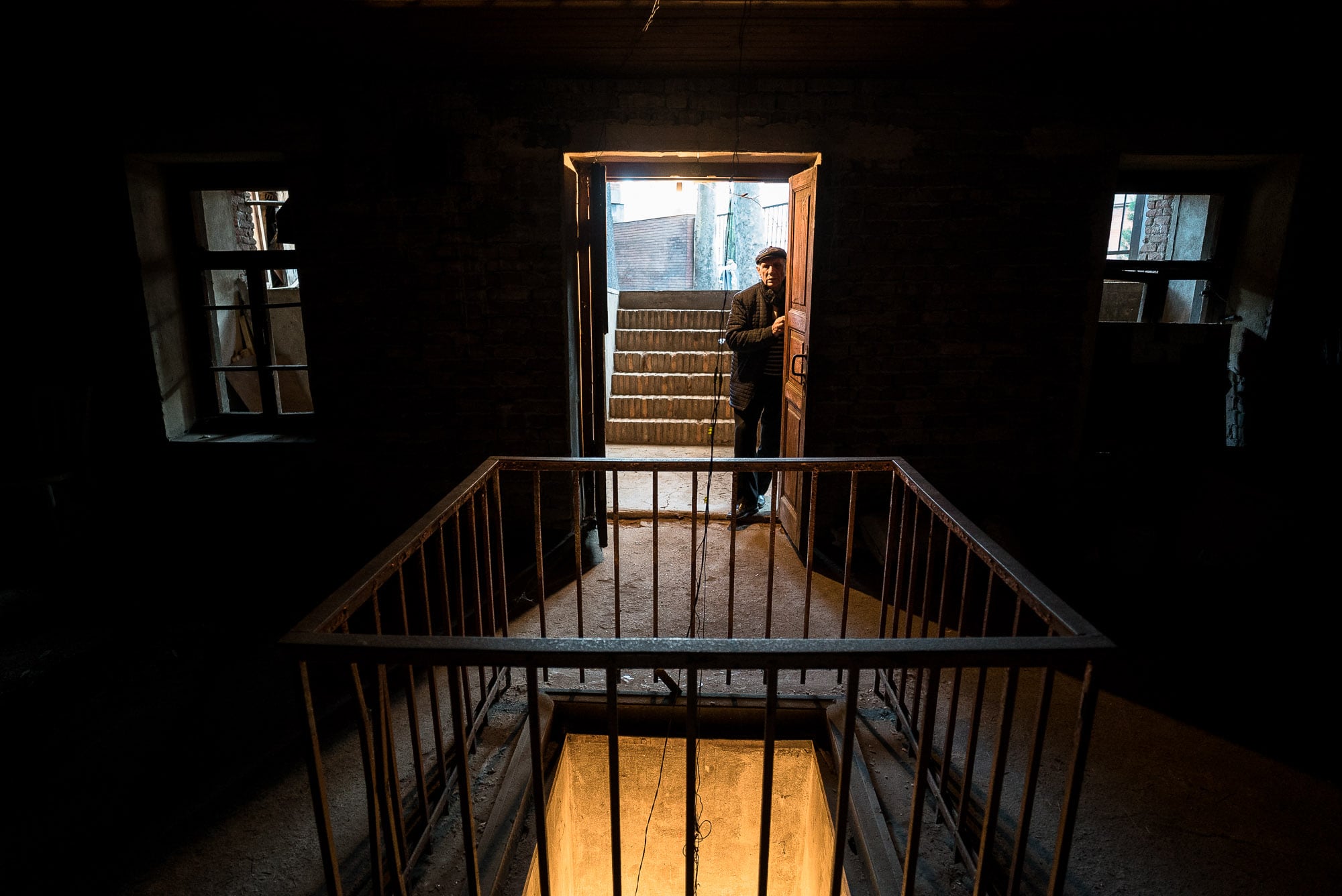 And he showed me the tunnel through which they used to climb in and out of their secret underground printing press: 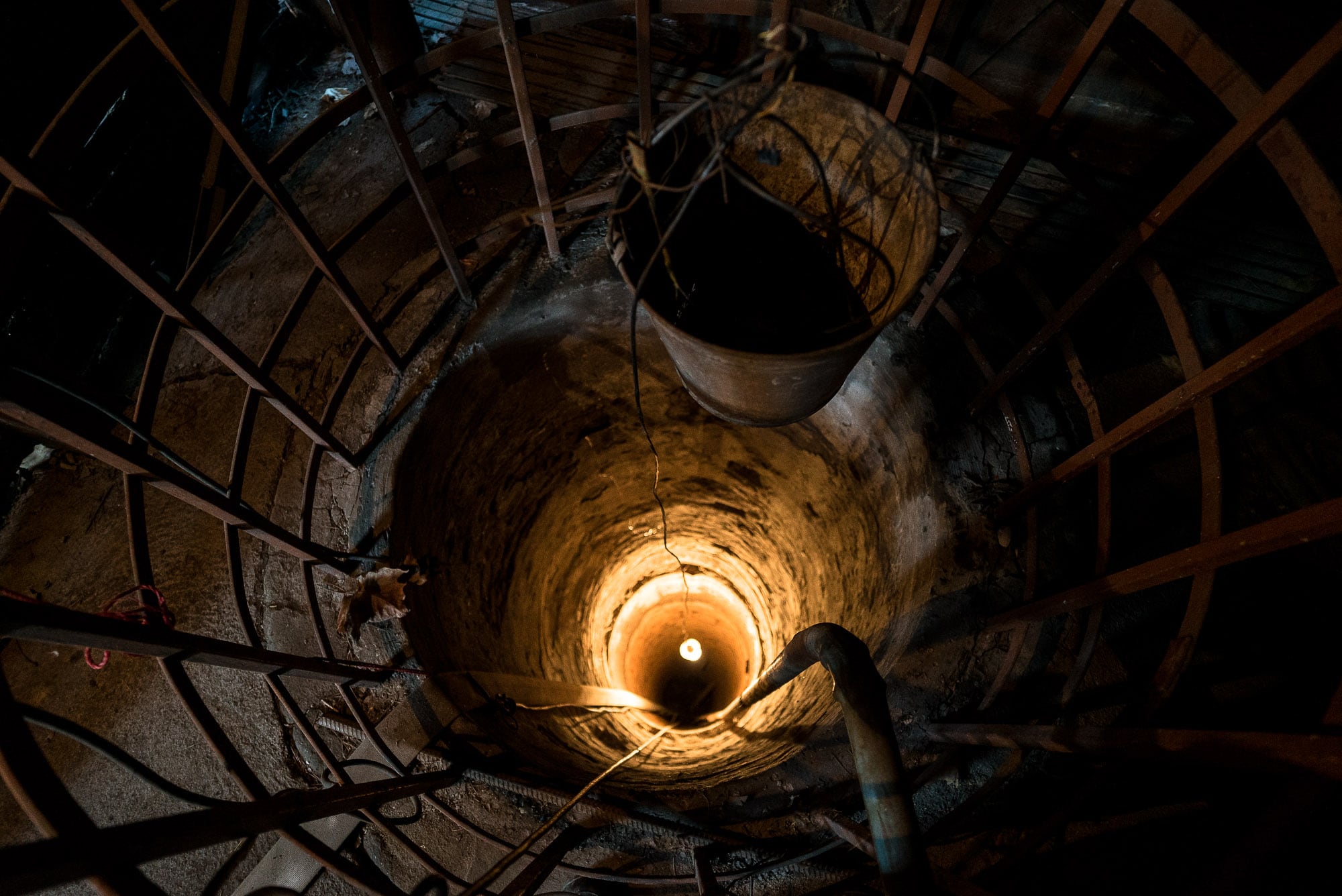 It was all pretty claustrophobic and clandestine: 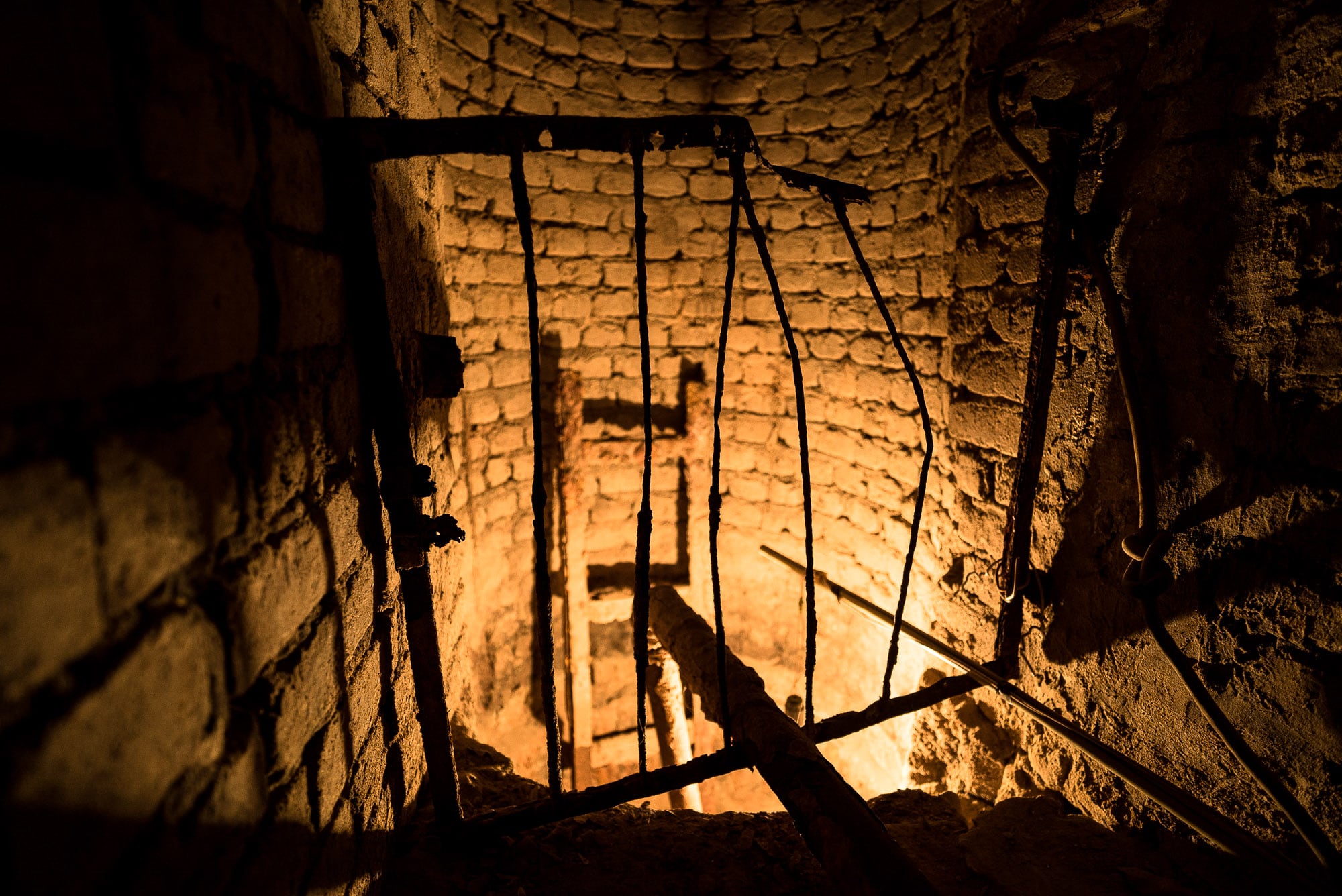 The water damage in the underground chamber was so bad that even the bell that had once functioned as a warning system had fallen off, much to Jiuli’s dispair: 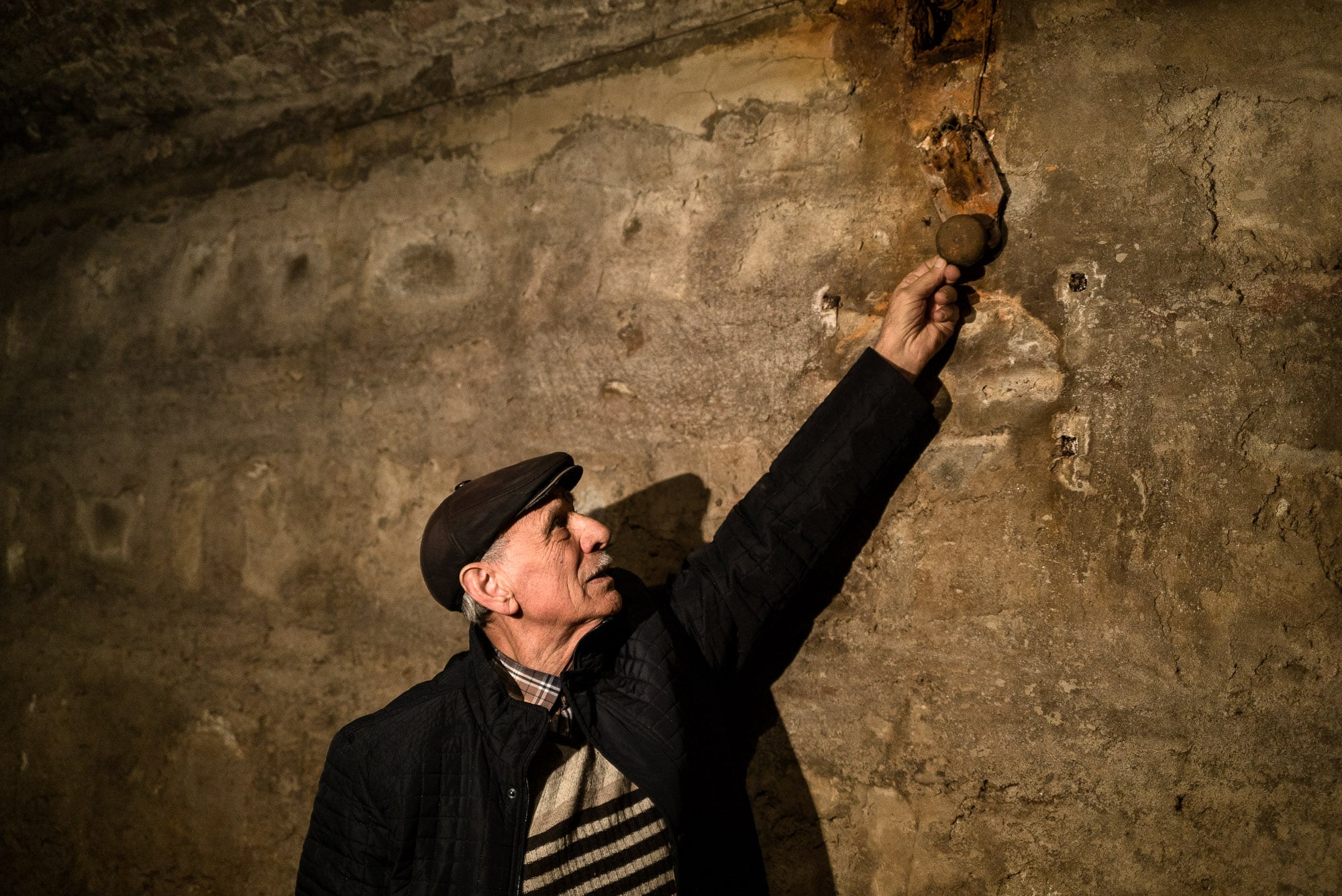 There was an illustration depicting the original buildings with the underground tunnel system: 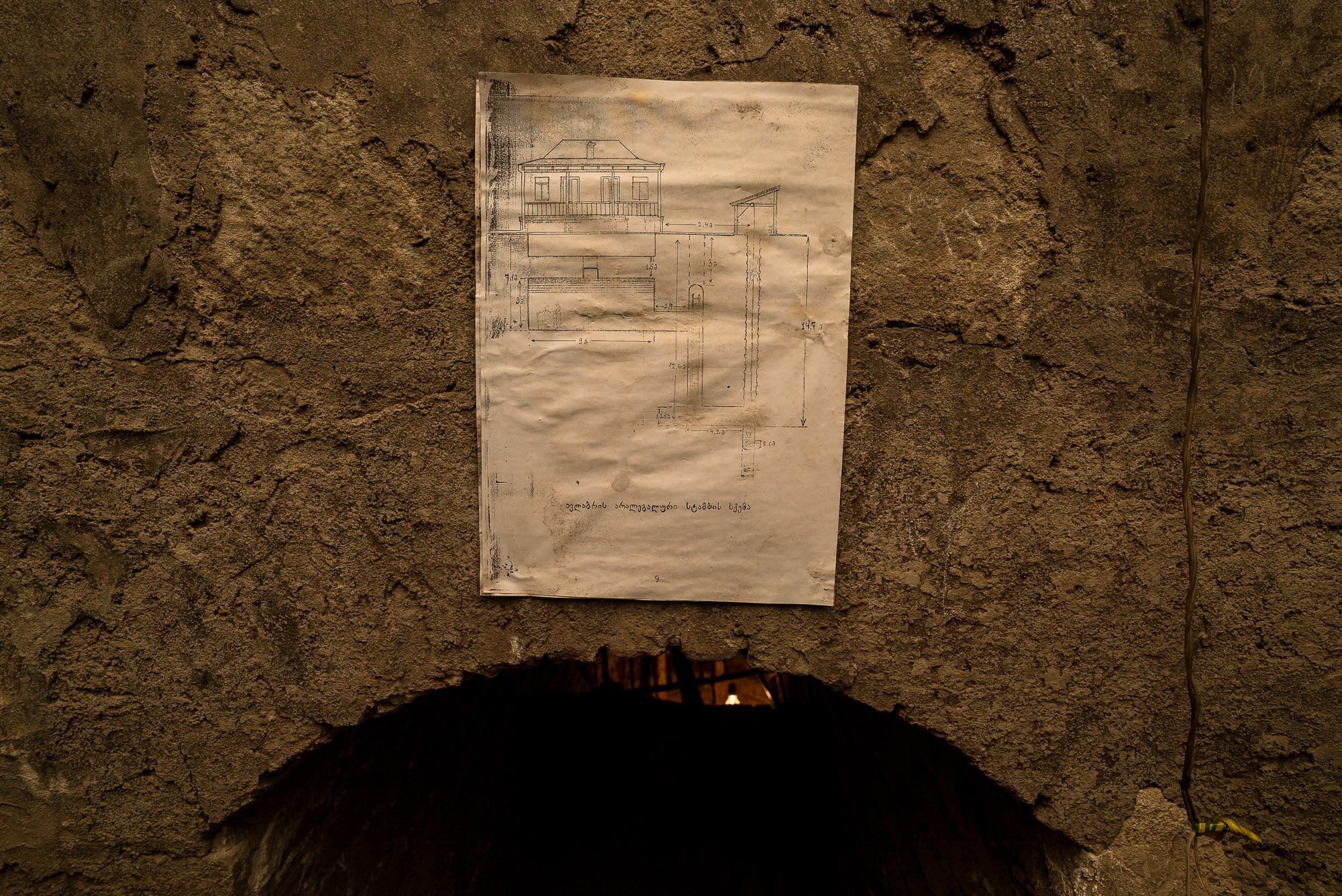 And there was a set of winding stairs that the Communists had built later, when Stalin had come to power and the place was converted into an institution of ideological education: 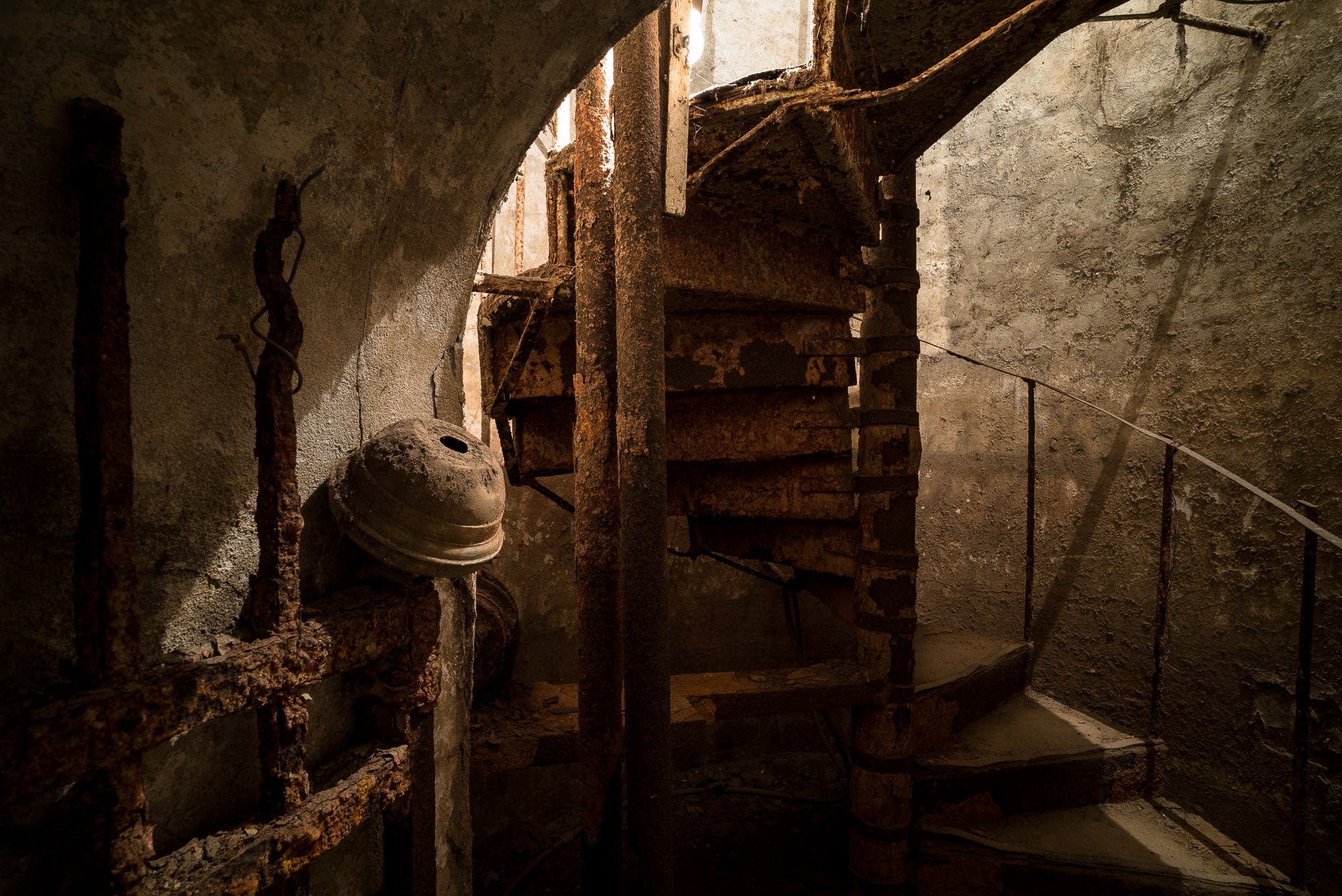 Jiuli told me that they used to have 800 visitors a day when the Soviet Union was still there.

Now hardly anyone would come here anymore, and the printing press and the (reconstructed) buildings above it seemed to be widely forgotten: 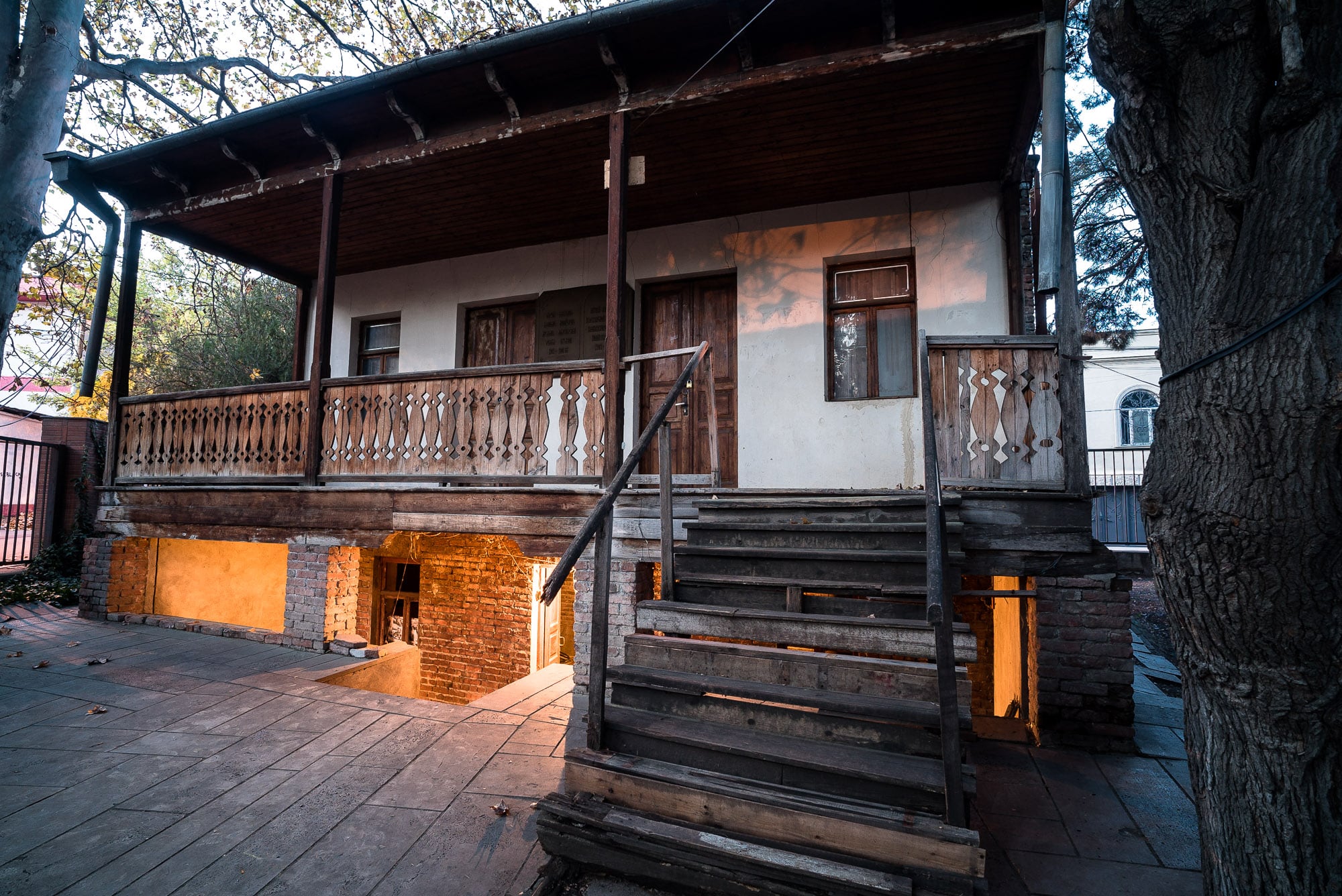 But of course they weren’t. Communism had always recognized the need for storytelling and mythologization, and so it seemed only natural that a group of people from “Communist” China showed up: 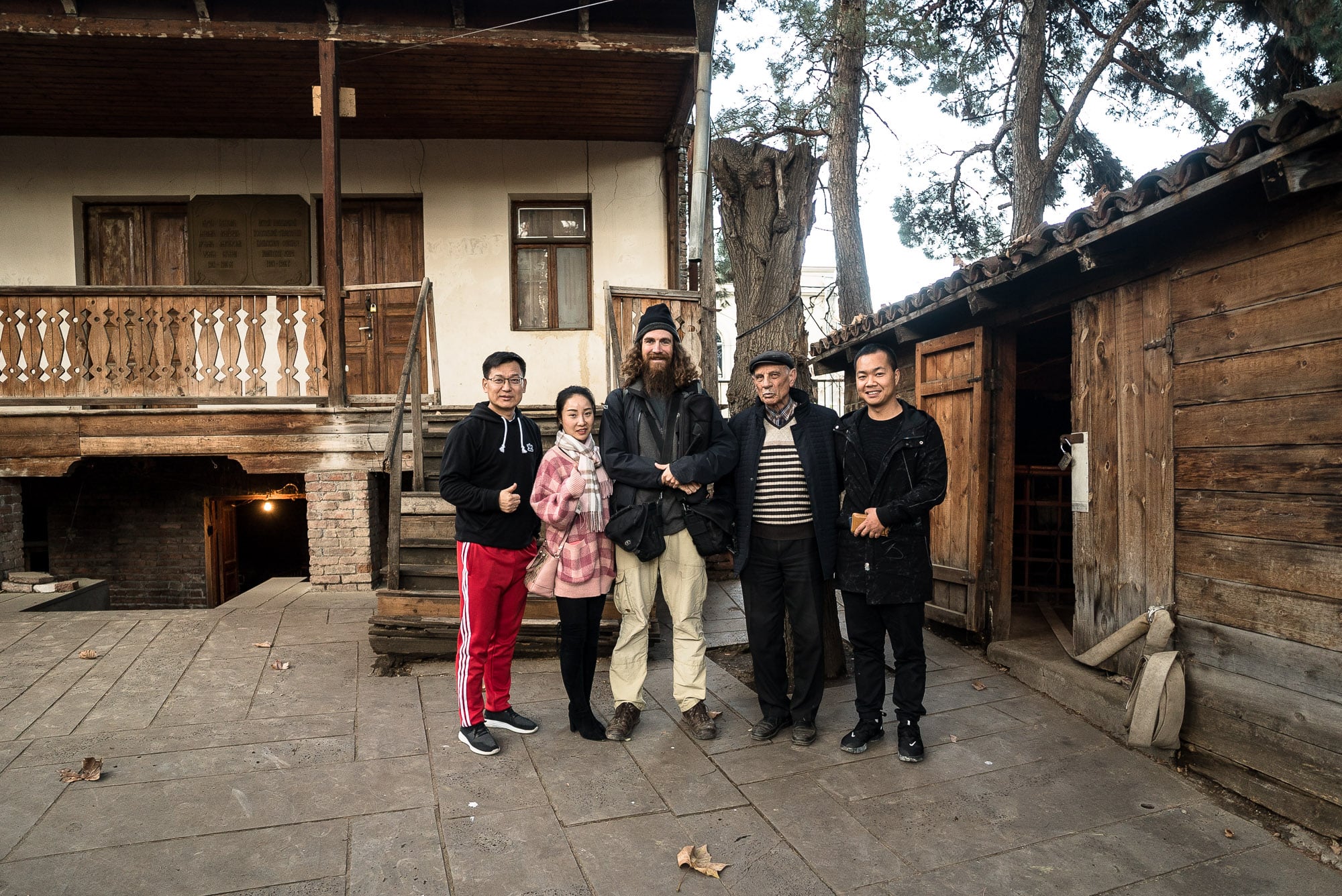 Jiuli showed us all around. He didn’t speak any Chinese and hardly any English, but that didn’t matter. Everyone was happy, and we took a lot of pictures: 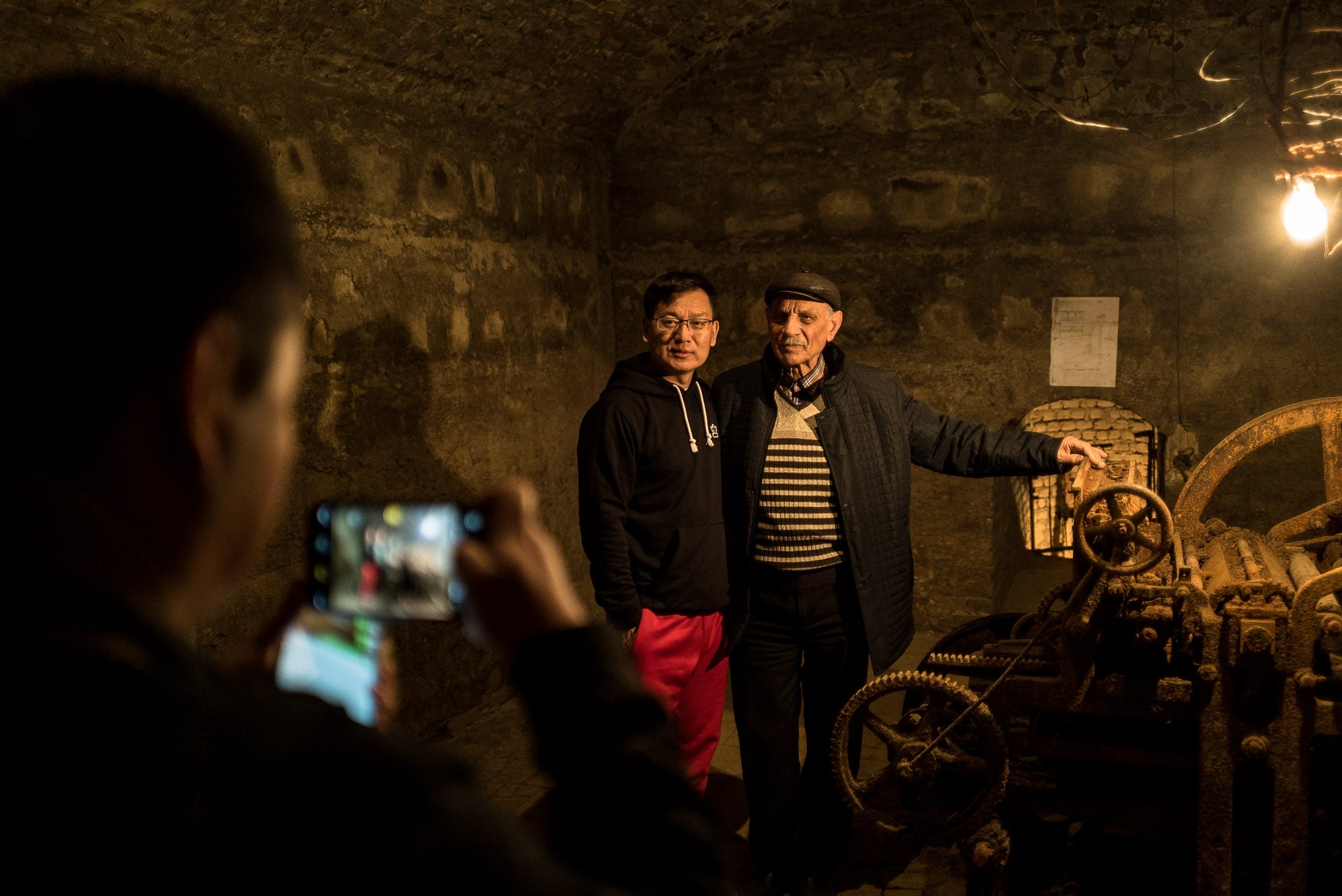 Our new Chinese friends were rather quick, though. In fact, two of them were even members of the Communist Party, but that didn’t change the fact that they liked to travel with speed and efficiency. Soon I was alone with Jiuli again.

I took a picture of the lobby, which I liked because of the contrast between the grand red drape and the lonely radiator: 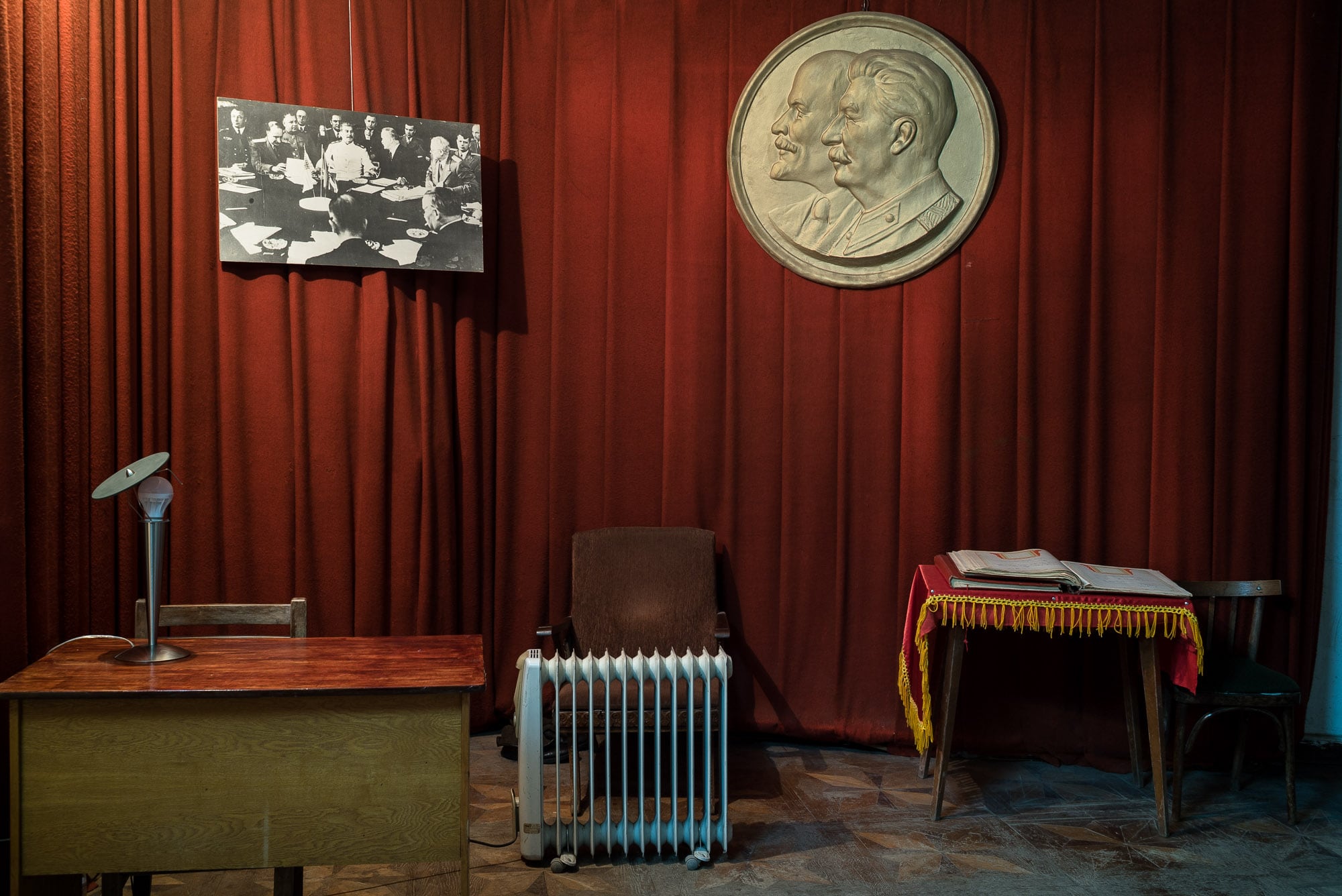 And then I took this photo of Jiuli in his office, surrounded by his flags and his Pravda and his pictures of Ioseb Besarionis dze Jughashvili aka Joseph Stalin: 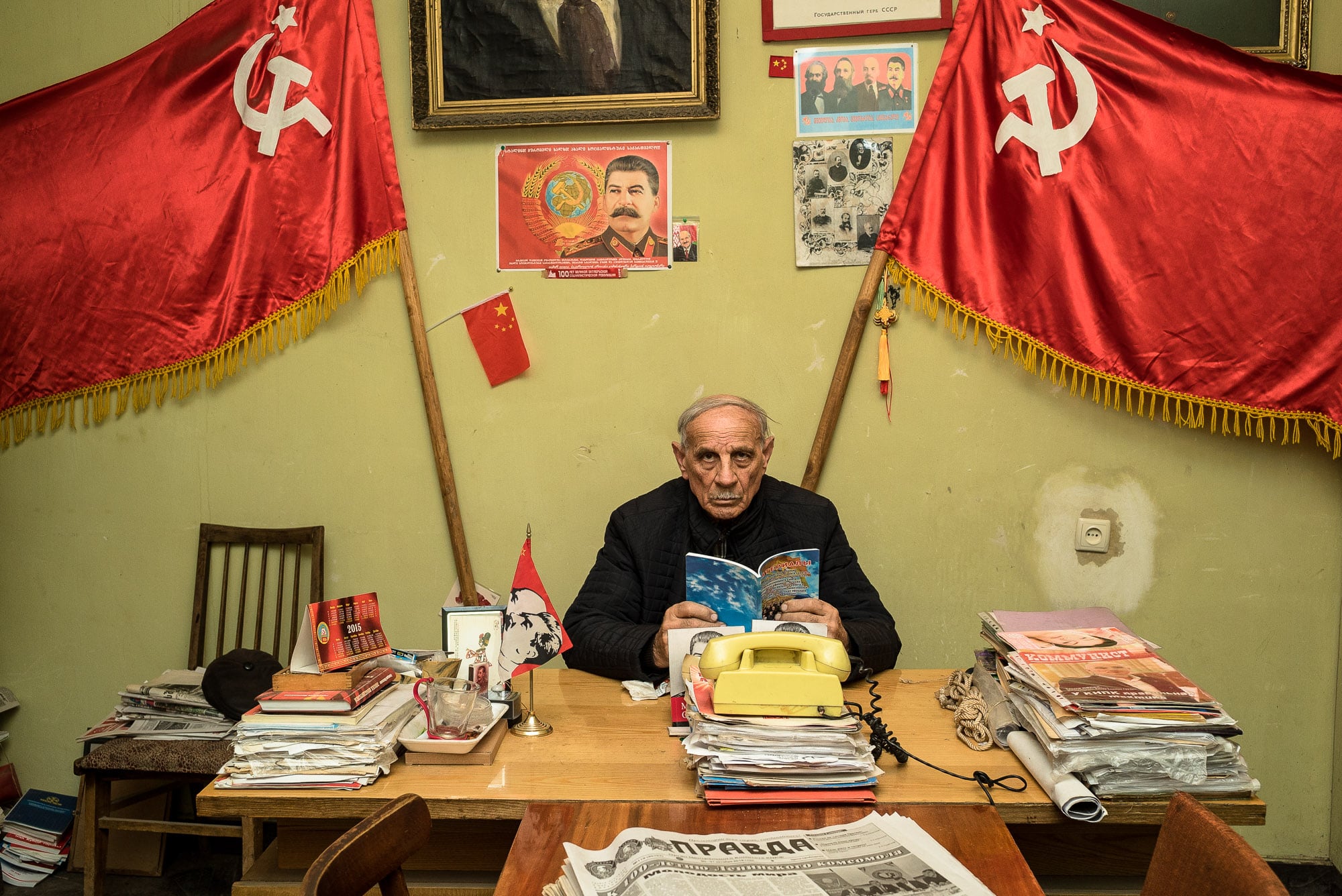 It was the Communist way.