“Chris, why do you walk, and what’s the story?”

The answer to the first question is a bit tricky. I tend to give different reasons every time people ask me, depending on my mood and the way things are going. But I think the most precise answer is this: I walk because I like to experience things.

And here’s the story:

Fifteen years ago I embarked on a spontaneous journey, walking home from Paris to Bad Nenndorf in the North of Germany. It took 23 days, and it was a bit brutal. I hated it, and I loved it. And it never let me go.

Eleven years ago I started walking home from Beijing. I thought I was going to walk all the way home in one go. But ten years ago I stopped walking somewhere in the Northwest of China, and I flew back to Germany. Nine years ago, while going to university, I published the weird beard video that would later go viral on the interwebs.

Here it is, for those of you who haven’t seen it:

Five years ago I made another video about these two last bits of the way:

Three years ago I went back to the place where I had stopped walking the last time, and I crossed the border into Kazakhstan and continued walking from there. I shed tears that day.

I am in Georgia now, having crossed Kazakhstan, Kyrgyzstan, Uzbekistan, Turkmenistan, Iran, and Azerbaijan on foot. People still watch the original weird beard video, but I think a lot of them don’t know much about the story behind it.

This is why, three years ago, I started talking to Yufeng Li, a 3D animator based in New York. I needed a short video to tell the story behind The Longest Way, I told him. And so we worked together, tossing ideas back and forth, and we came up with an animated video about my walk through China.

Then we figured we needed a musical score, and so we got in touch with Alfredo Sirica from Italy, who made a brilliant soundtrack for us.

But we weren’t quite finished, yet, for at this point we decided that we needed an official TLW logo to wrap it all up. And so Miroslav Vujovic from Serbia put his skills to work and gave us a logo.

And then we were finally, finally done.

Here’s a screen grab from the video: 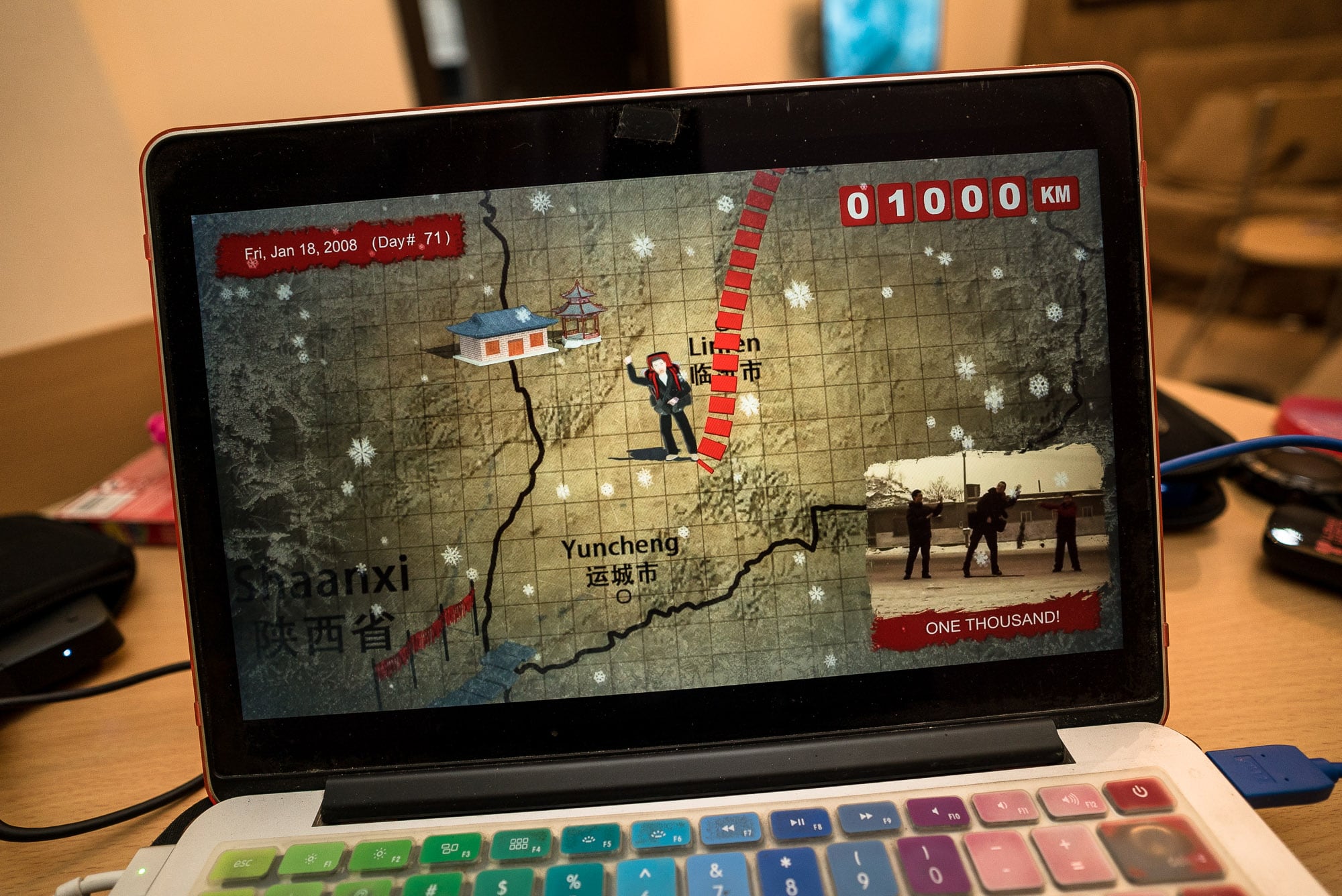 It is six minutes long, and it is called The Story Of The Longest Way 1 & 2 – An Animated Walk Through China: