Went to a massage parlour today. “Oil or no oil?” I was asked. I don’t get massages very often, so I figured a bit of oil would be nice.

Turns out I should have asked for Shoulder & Back instead. Either way it was alright, and the people were very nice. When it was over they kindly pointed me to a restaurant that made authentic Thai food: 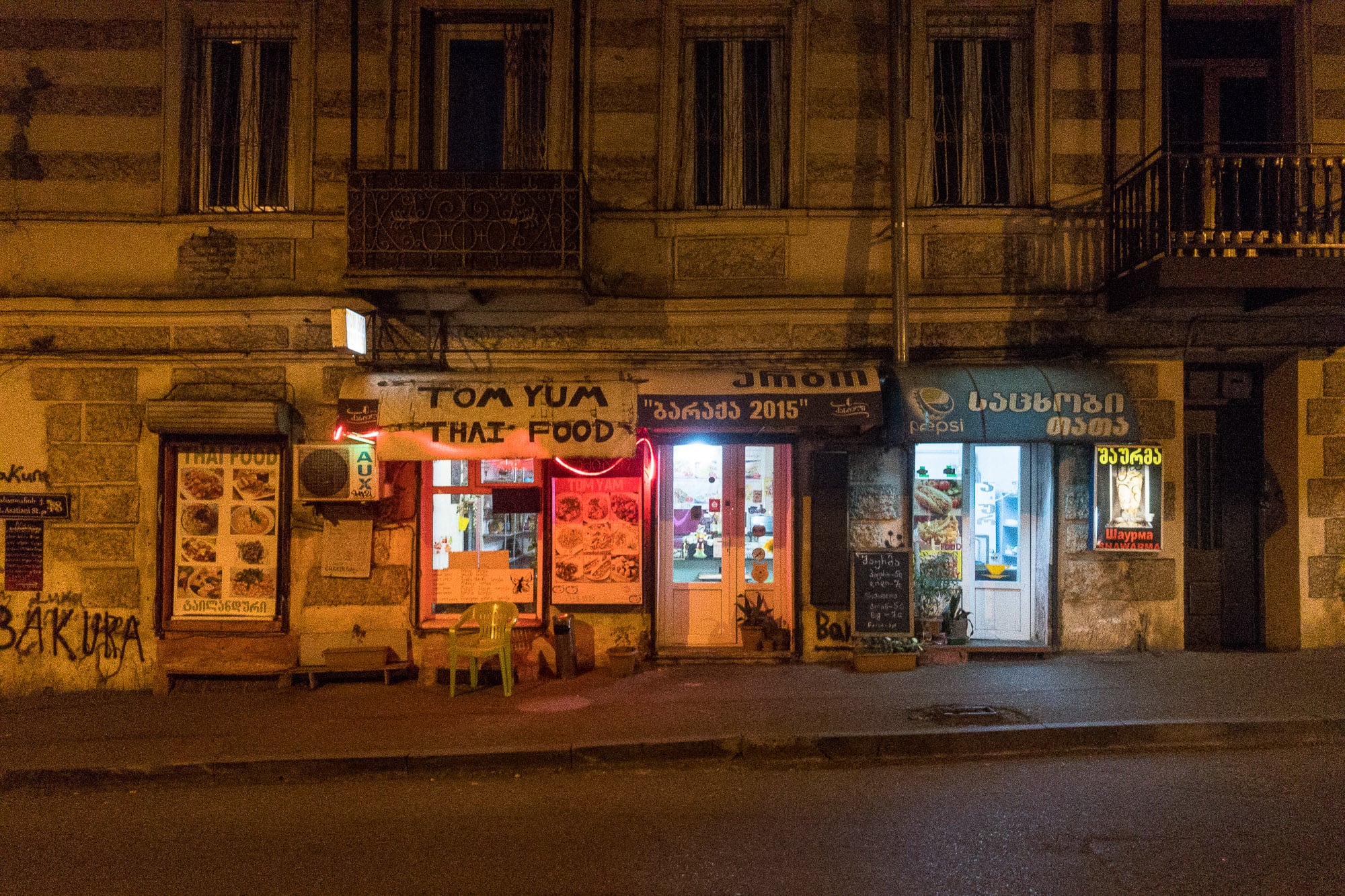 The pad thai was awesome.

I walked around for a little while after this. There was an anti-Russian graffito that seemed emblematic for the general attitude among Georgia’s younger generation: 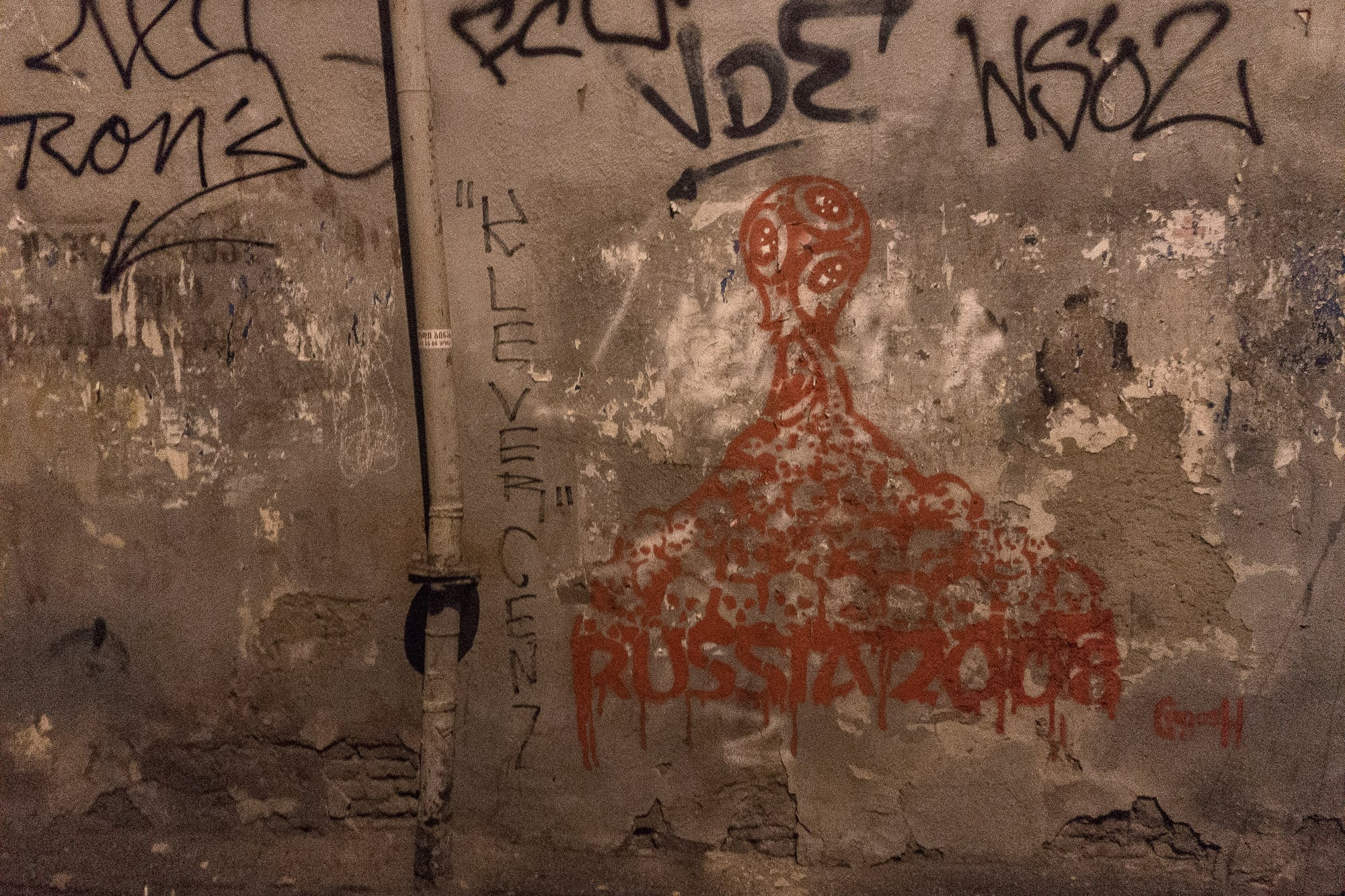 They hated Putin’s government. Relations between Russia and Georgia had always been complicated. There had been wars and invasions, and Georgia remained a target. Sure, there was no oil to claim (unlike in Azerbaijan), but its geo-strategic location made it valuable.

It was a bit strange for me, though. At least since the days of Lermontov, Russians had been romanticizing the Caucasus and Georgia in particular. The name Georgia evoked wine and song and exotic adventures, and Russians loved it.

Only now it seemed as though Putin, through his aggressions, was driving a whole generation of Georgians away for good.

A piece of shared history seemed to be coming apart.