I decided to do some more tourism today. So I went to the old part of Tbilisi: 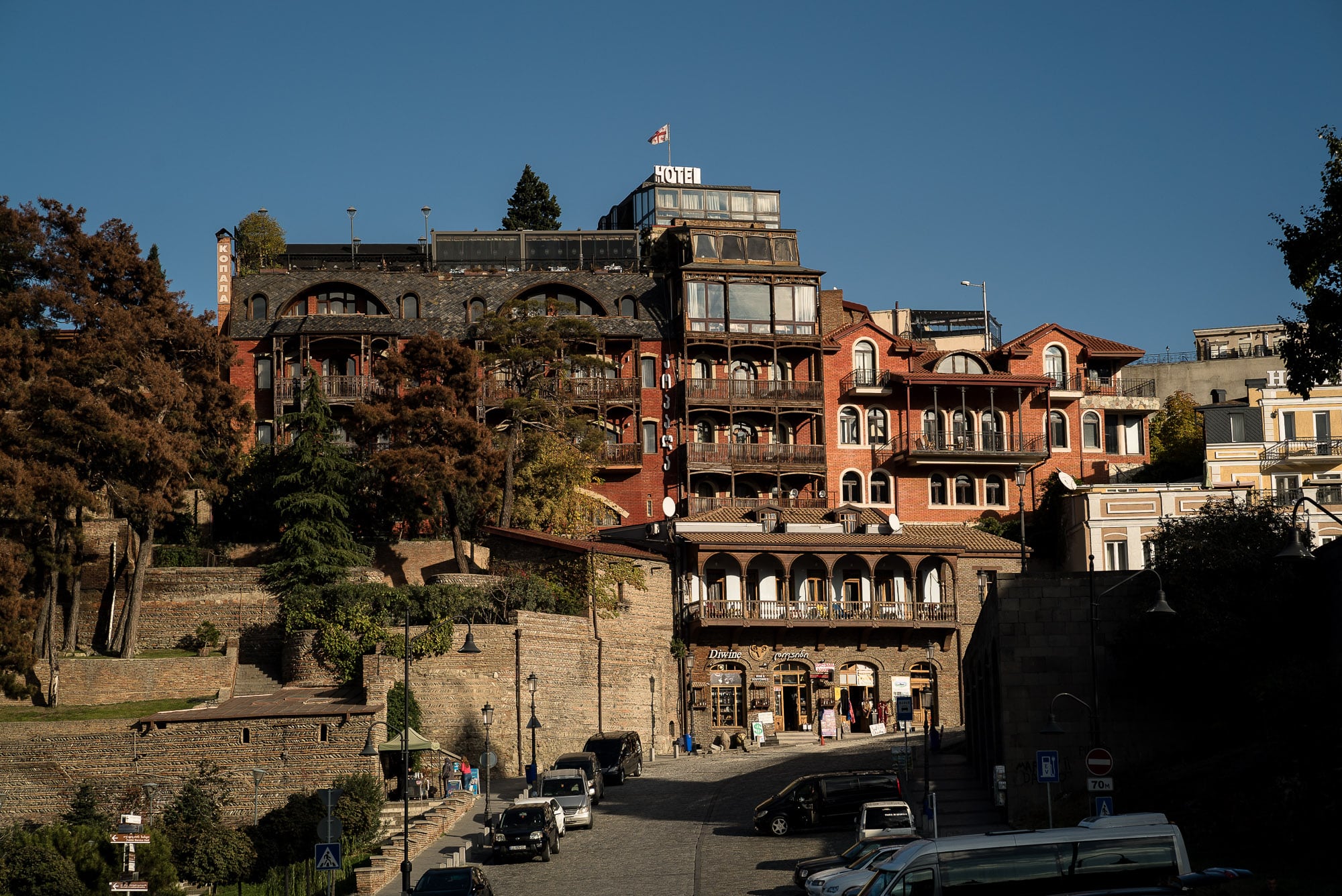 There was a park: 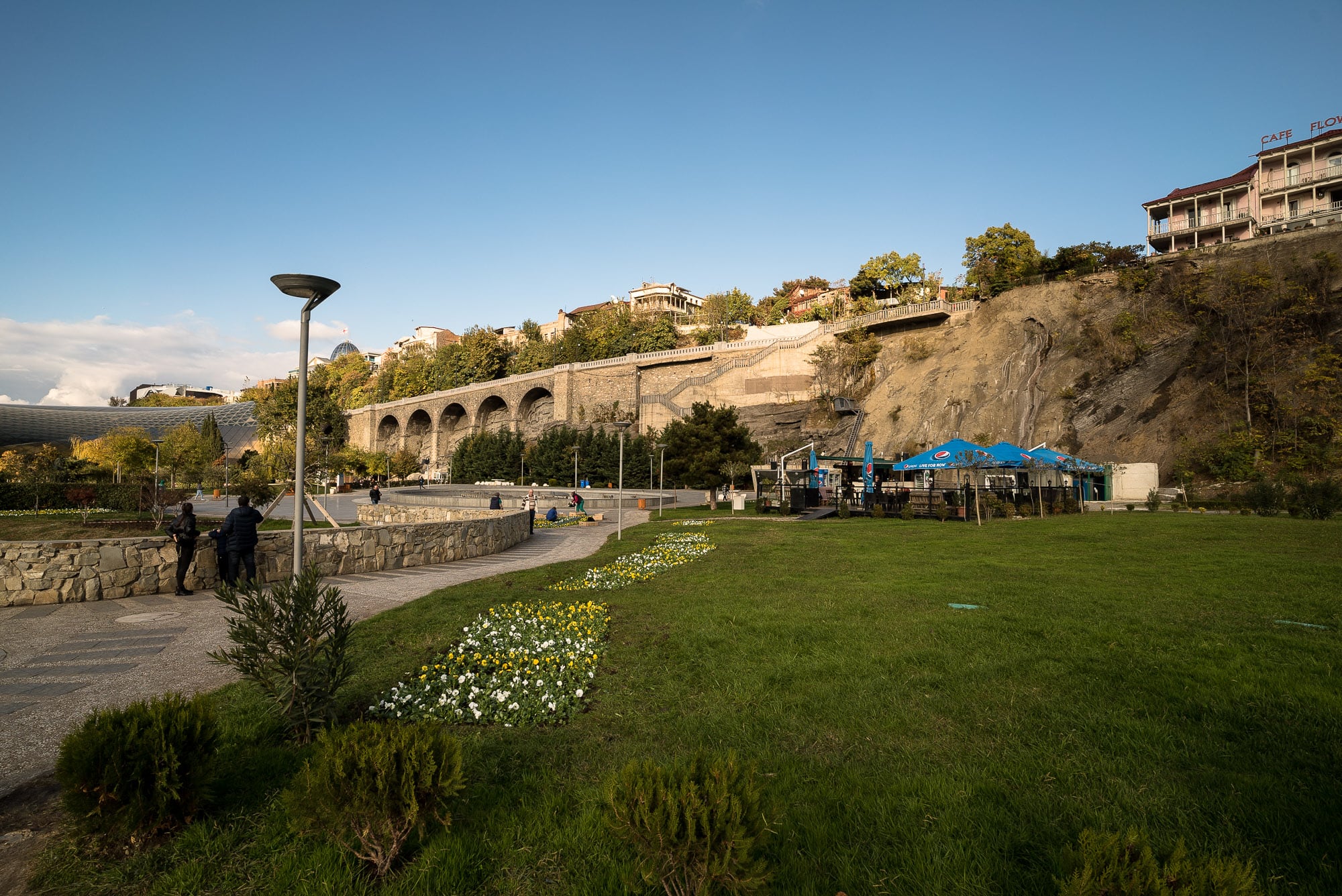 And in the park there was a cable car that went up a hill, so I bought a ticket (it was actually just a metro ticket) and went up.

The view was quite spectacular from up top: 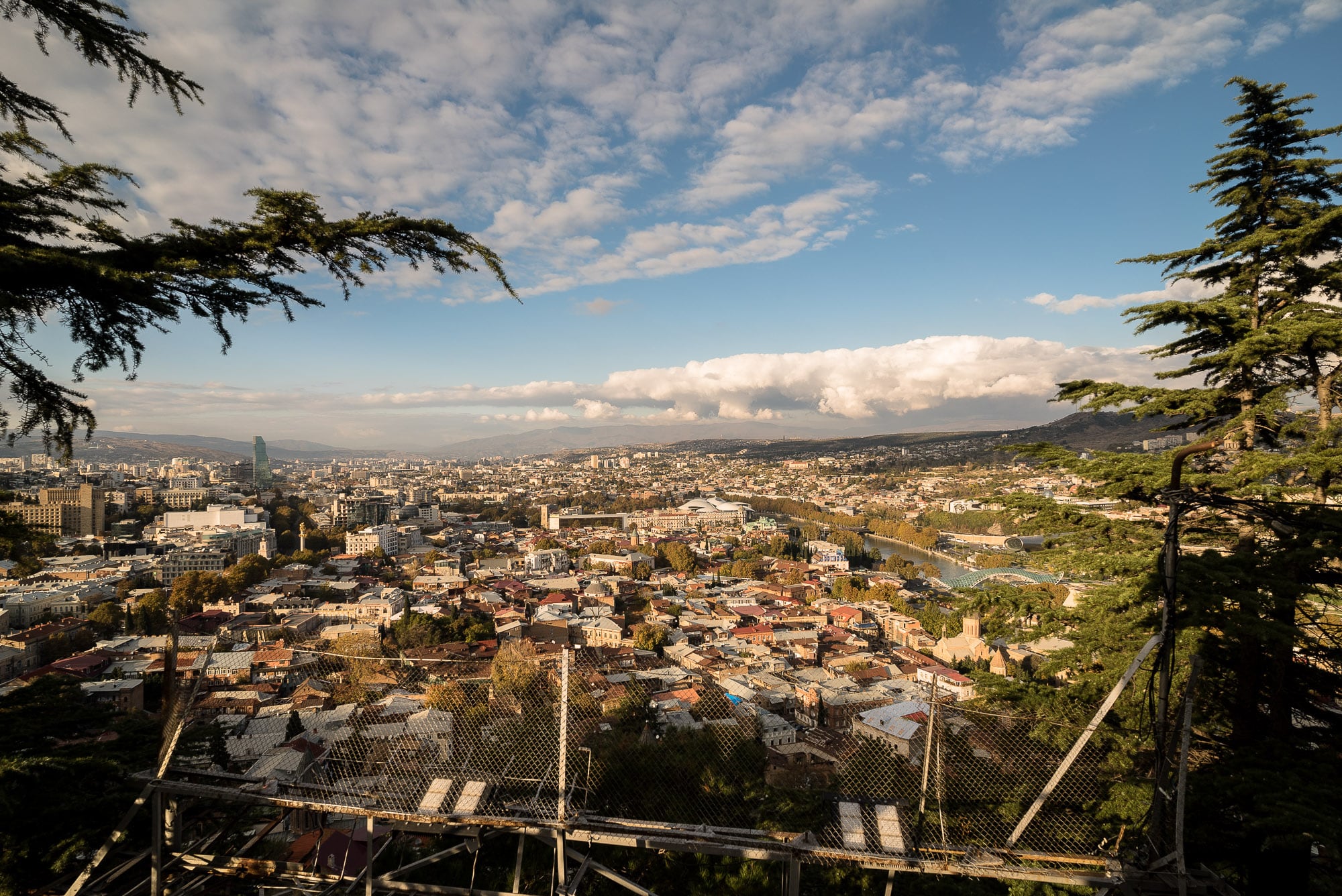 There was a massive statue called “Mother Of Georgia”: 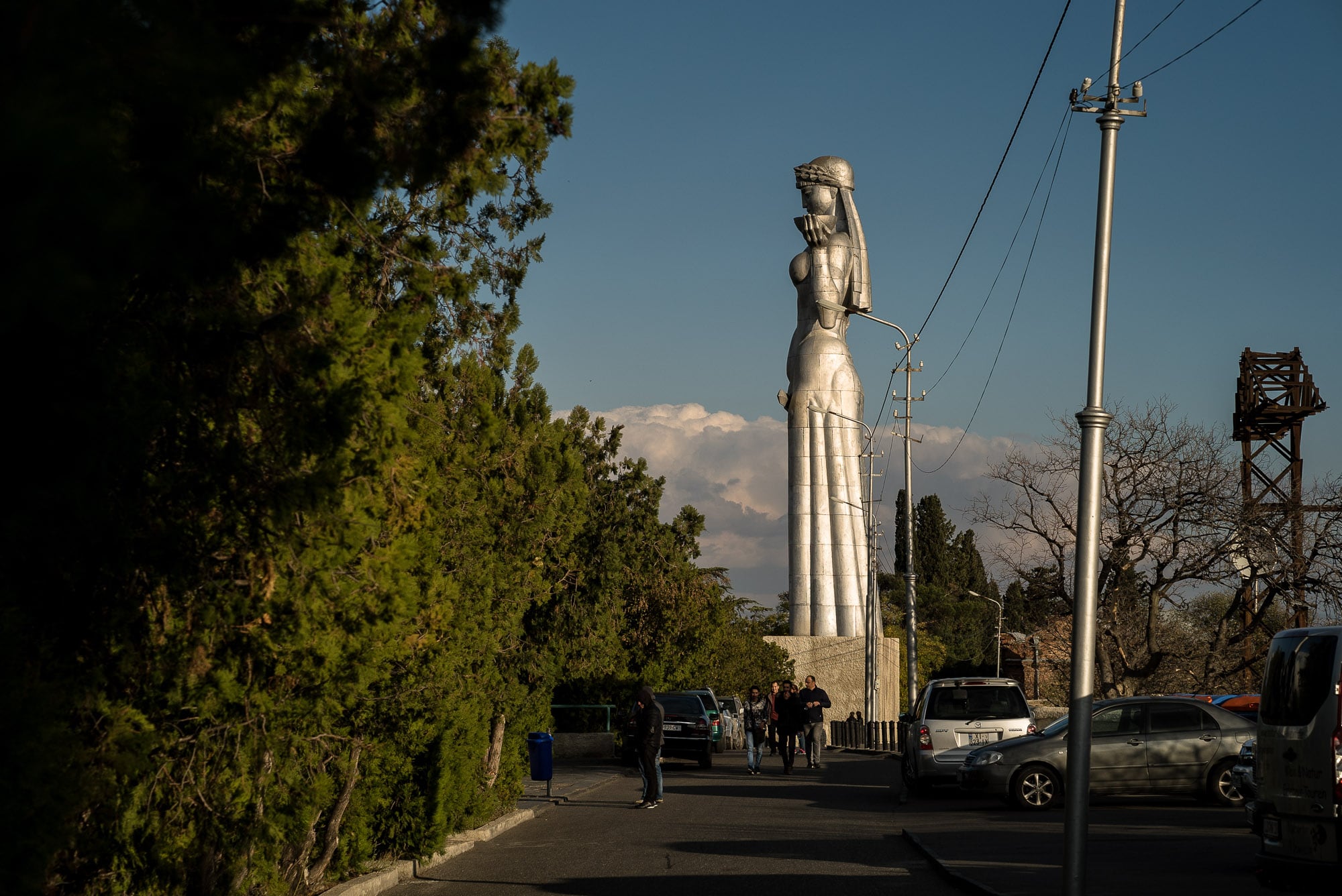 The things that I found noticeable about her were that she was pretty voluptuous, that her hair was covered, and that she was holding a bowl in one hand and a sword in the other: 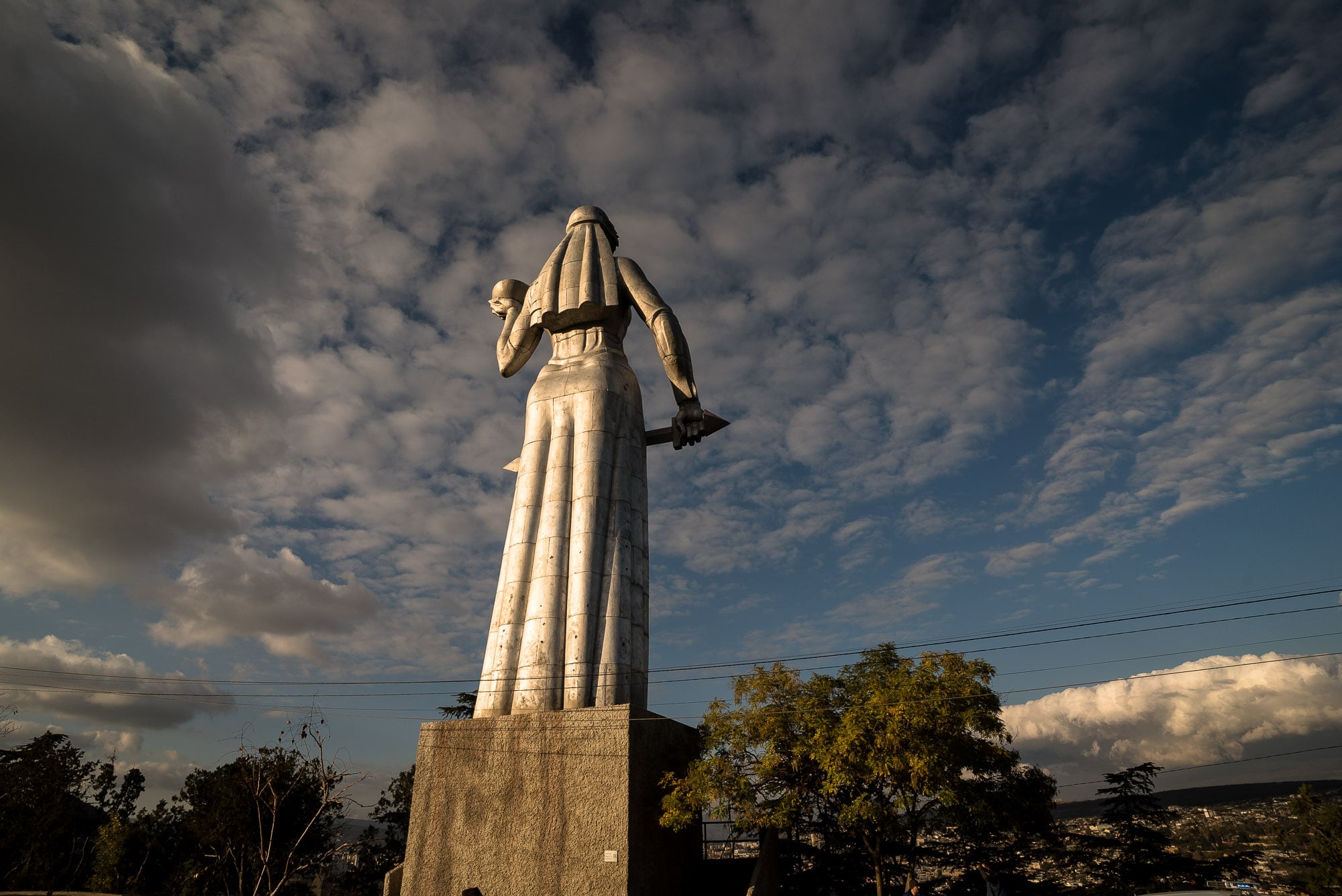 The message seemed to be clear: she was a conservative lady with a hot body, and cool people could hope to receive wine from her while mean people would be in trouble.

I stayed up there until it got dark: 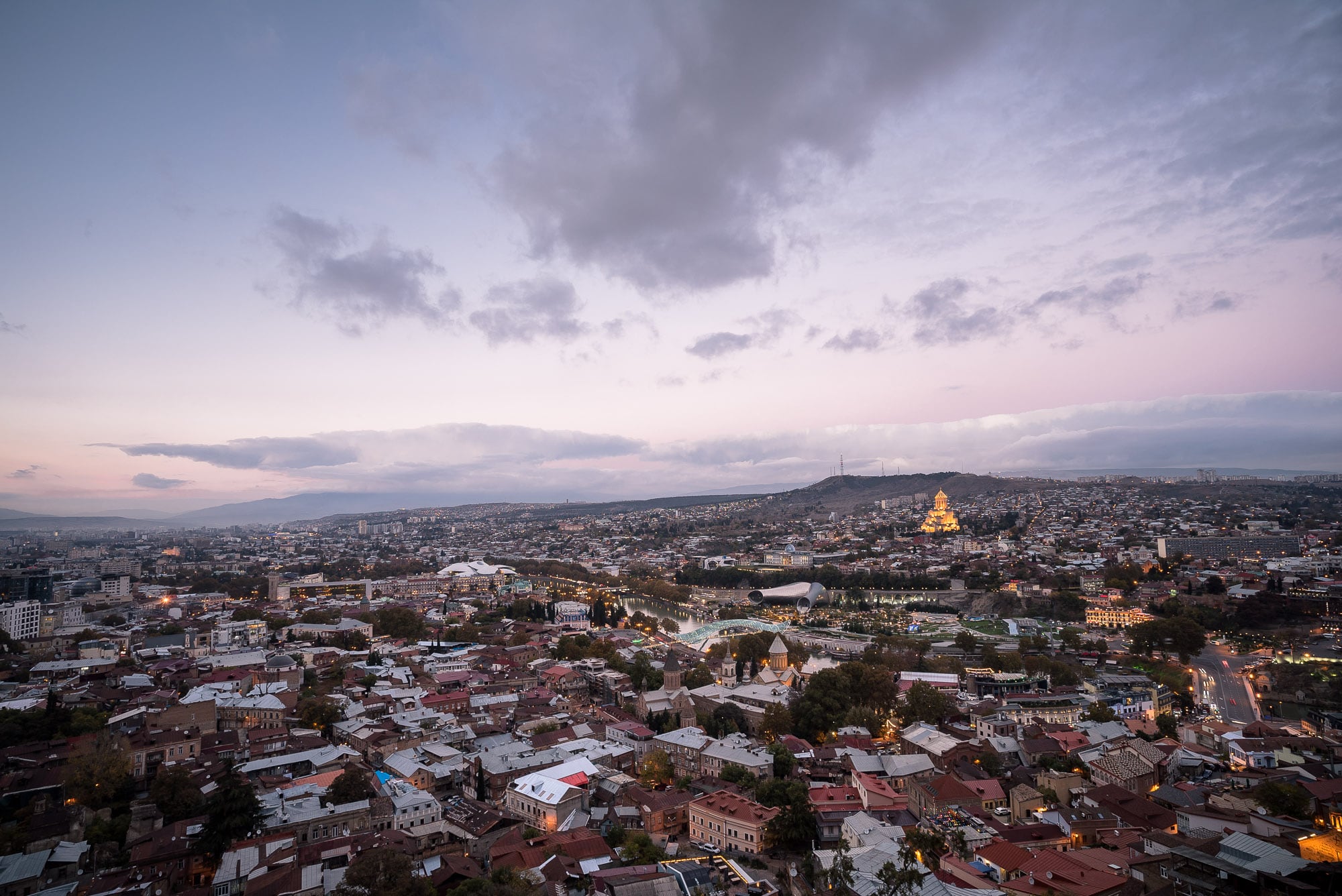 And then I walked back down… 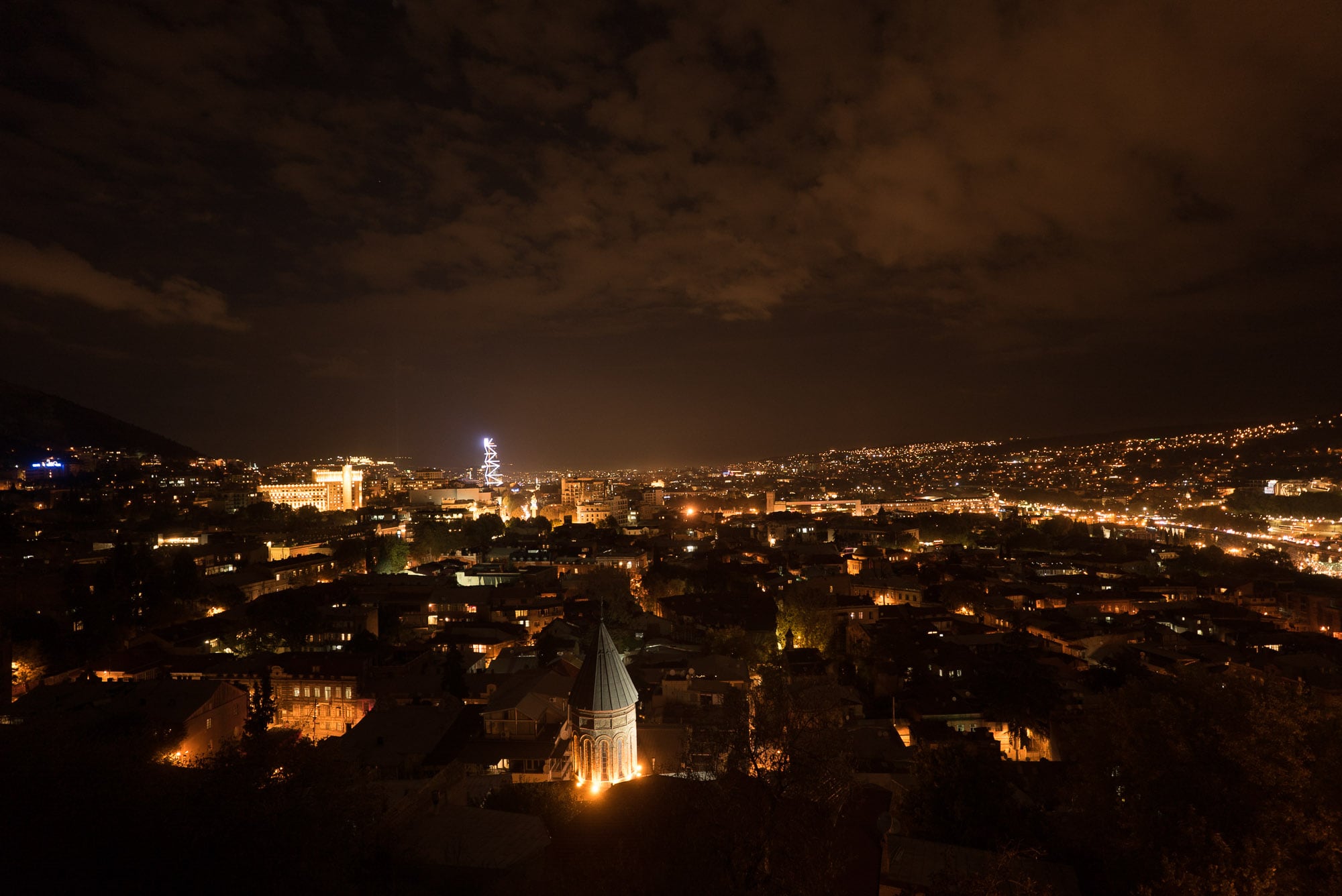 …and into the back streets of Tbilisi… 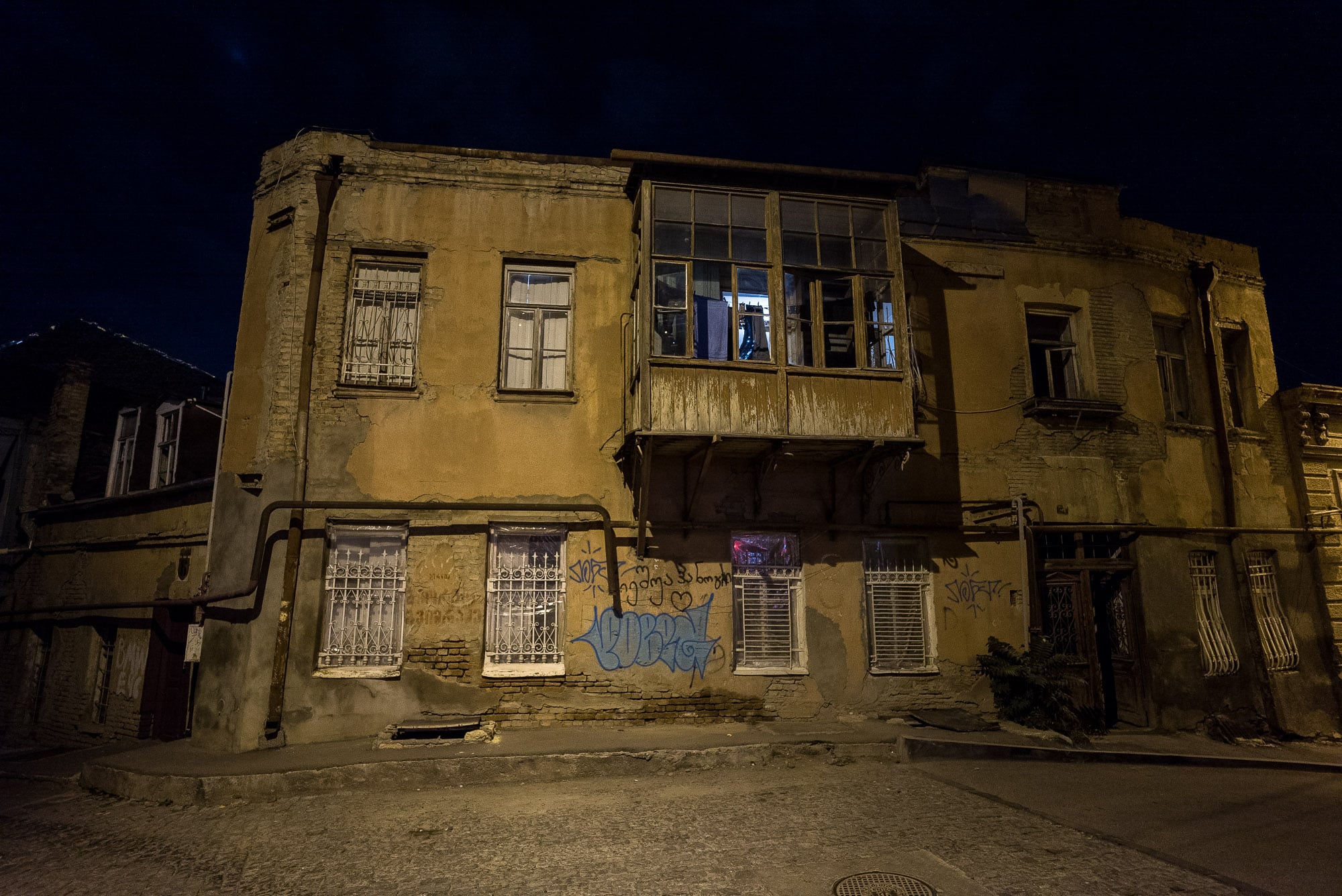 …that were protected by the Mother with her sword.