I decided to mix it up and swap my morning müsli for a slice of bread with nutella today: 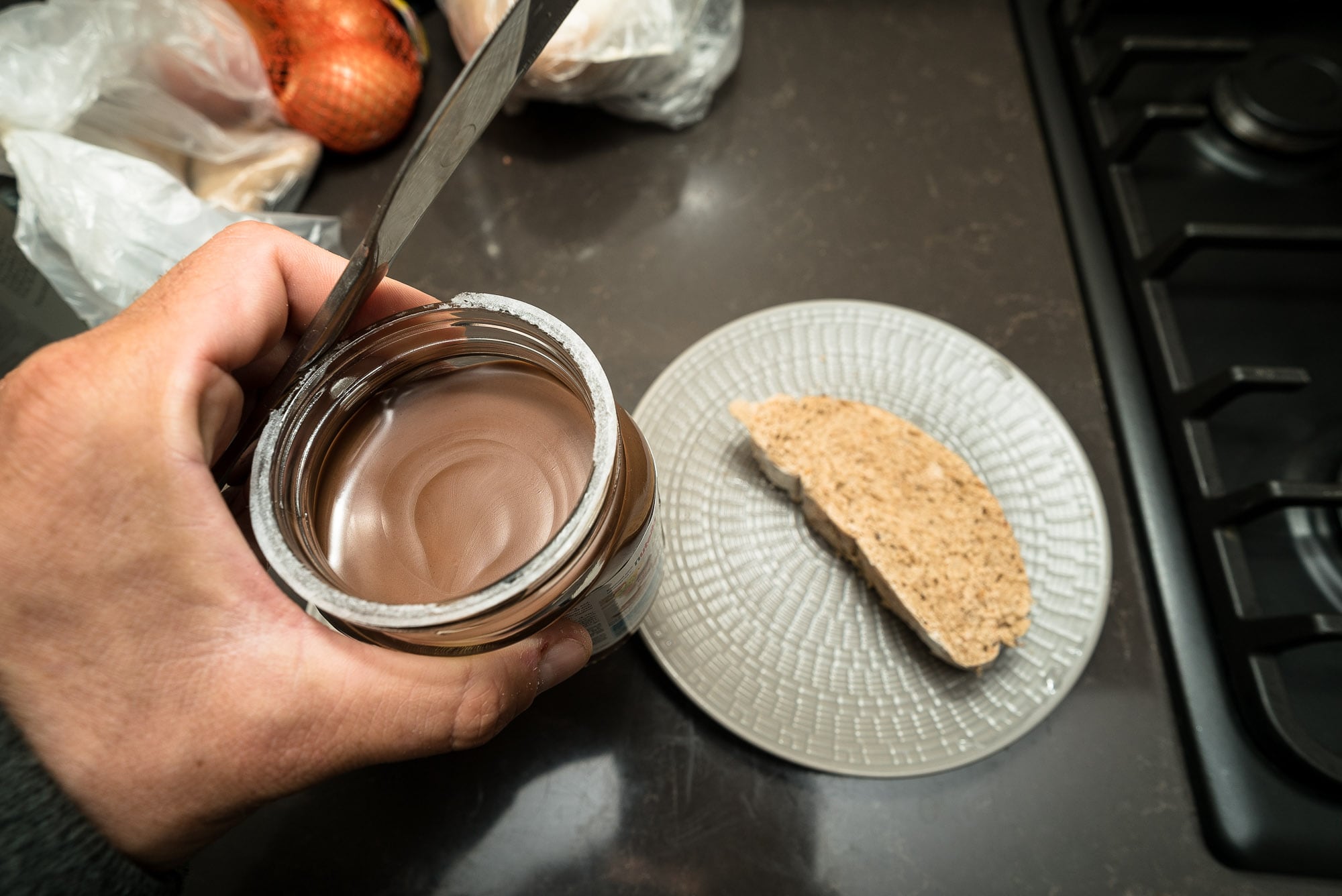 In absolutely unrelated news, I was going to tell you about another book I have recently read (listened to): “Thus Spake Zarathustra” by Friedrich Nietzsche. This one had veered in and out of my field of vision every now and then over the past two decades, but I had never gotten around to actually reading it.

But then I ran into a young man from England who told me all about how life-changing it was for him, and suddenly I felt a bit awkward. How could I, a German, not have read one of our own classics? “I must read zis Nietzsche at once!” I exclaimed.

So I got myself the Zarathustra book, and boy, what a ride it was. A submarine ride in a pond.

The book is about the philosopher Zarathustra (borrowing the name from Zoroaster, the founder of Zoroastrianism), who walks around a nonspecific land trying to spread his teachings, at which he fails.

It doesn’t read like a novel, though. Instead, it is mostly made up of monologues, for which Nietzsche makes use of a sort of poetic language that seems heavily influenced by religious texts. I was particularly reminded of the biblical Song Of Solomon. Imagine reading “behold!” and “verily, I say unto thee!” every few paragraphs.

So how about the philosophical contents of the book? Well, I’m not sure where to start. One of the main themes seems to be that Nietzsche (albeit being obsessed with biblical poetry) is deeply critical of religion (one could even say he is anti-religious). He keeps referring to concepts like “God is dead” and the “Übermensch” here and there, and he satirizes Christianity and Buddhism, which is all very fine.

But – and maybe I’m being too German here – I was very disappointed by his failure (or his unwillingness) to systematically expound his philosophy. And I don’t mean I was expecting bullet points or a theoretical treatise. But instead of constructing a tower of philosophical thought, Nietzsche rather just throws a bunch of individual ideas into a muddled pond and watches them go under. Then he casts his fishing rod into the water and extracts a bunch of aphorisms from it.

“He who climbs upon the highest mountains laughs at all tragedies, real or imaginary.” Uhu…

“The real man wants two different things: danger and play. Therefore he wants woman, as the most dangerous plaything.” Right.

So no, this wasn’t a great book. It was a lazy book, the first two parts of which were written within the space of only a few months, a book of which Nietzsche himself has said that it was “the most profound book that humanity owns”.

Maybe he was being ironic, I don’t know.