I made pasta today. Or rather, I cooked some rigate and poured pesto over them: 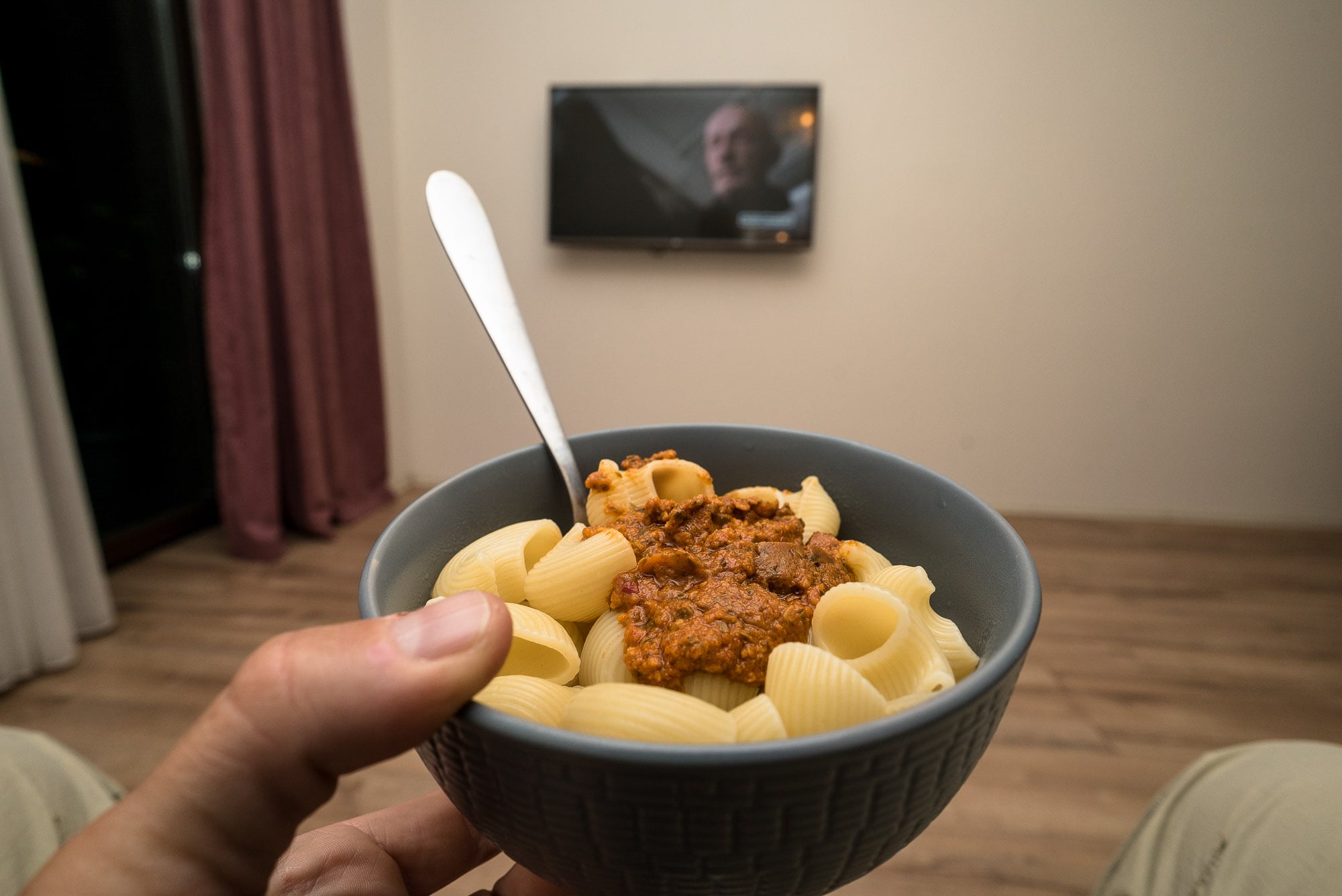 And here’s another book that I have recently finished “reading” (another audiobook): Ayn Rand’s “Atlas Shrugged”. Long story short: it was ridiculously bad.

But let’s take it from the top.

So how about the plot? Well. Okay. The story is about Dagny Taggart, a female railroad executive who wants to keep her line operating while the state keeps sabotaging her. And not only the state, but also a group of businessmen (good guys) who have decided to “go on strike” by refusing to provide society with their services. They also sabotage her, and in the end she meets them and they all come together while the Socialist dystopia around them goes up in flames. A plot worthy of 1100 pages? Maybe for Paul Ryan.

The book is mainly composed of dialogue. But the weird thing about this, too, is that the dialogue is actually hardly any real dialogue at all. For in reality, anything masquerading as “dialogue” in Ayn Rand’s work is really just a set of monologues delivered by papier-maché figures: handsome good guy delivers monologue about the virtue of egoism, slimy bad guy answers with monologue about the ideology of egalitarianism. And so on.

“Atlas Shrugged” is a book for dull minds.

I mean, I get the basic premise, and I think it could have been a nice little allegory along the lines of “Animal Farm”, which is a mere 100+ pages long and hits you with biting humour while driving one single point home: most self-proclaimed Socialist “liberators” will most likely end up taking the places of the former rulers.

But apparently Ayn Rand didn’t want to write anything allegorical (hence the length of the book), or anything in the tradition of Literary Realism (hence the cardboard characters), or even an action novel (hence the almost total absence of a plot). What Ayn Rand claimed is that she wanted the novel as a vessel for her philosophy. Which would explain the endless monologues.

The thing is I don’t buy even that. I think that “Atlas Shrugged” is, at its essence, just a shell for a romance novel.

I’ve heard a lot of talk about people saying this book “changed their lives”, and to be honest, I think those people are full of shit. Sure, they might like the book’s premise (Socialism is bad).

But they’ve simply never read it.