It was strange that still, after all this time, I was feeling weak and sickly. This had been going on for a while now – ever since maybe the time when I had made it to Sheki. I wanted to know what was going on, and since I was at the hospital every few days for my rabies shots anyway, I went and got an appointment: 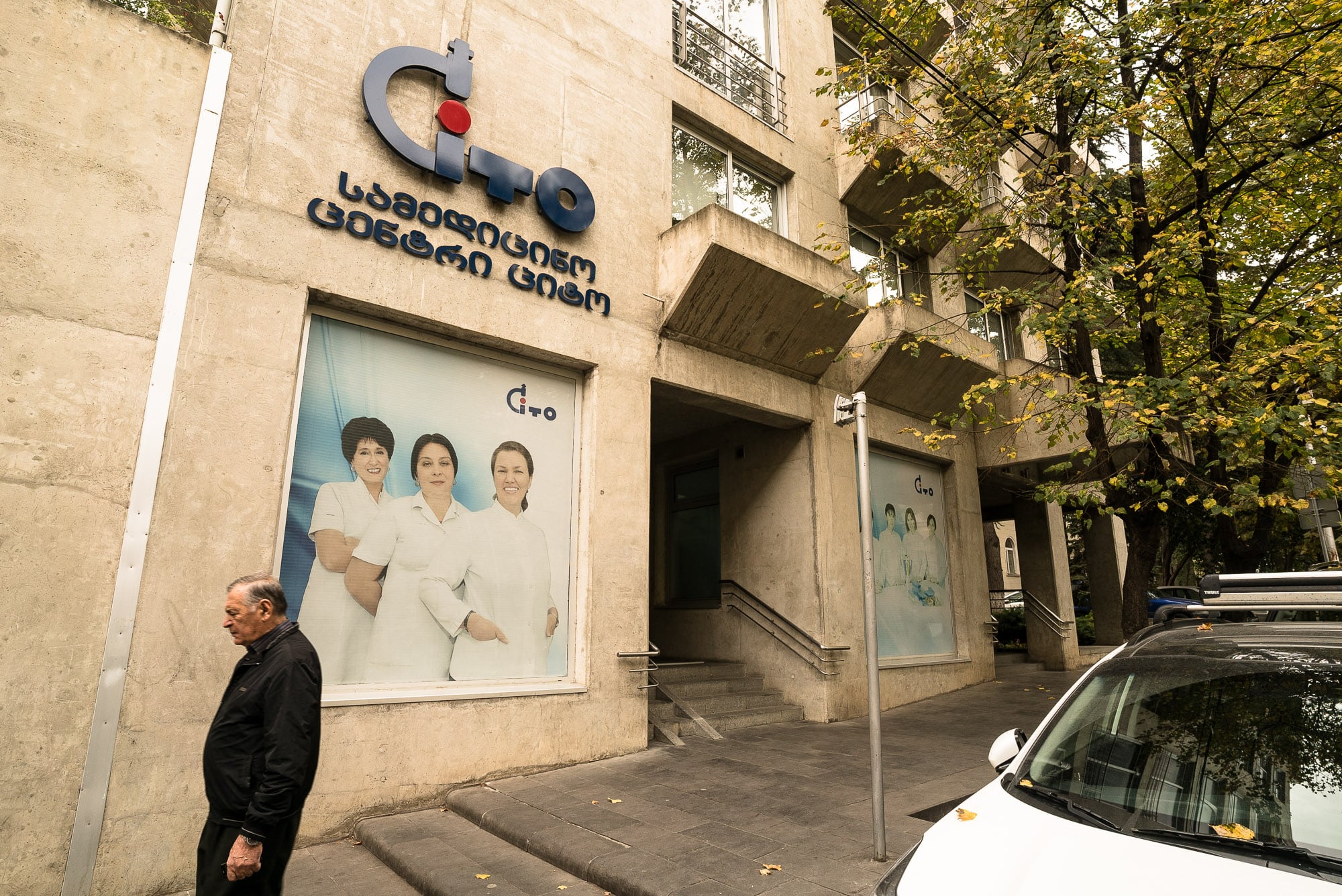 I told them to screen my blood: 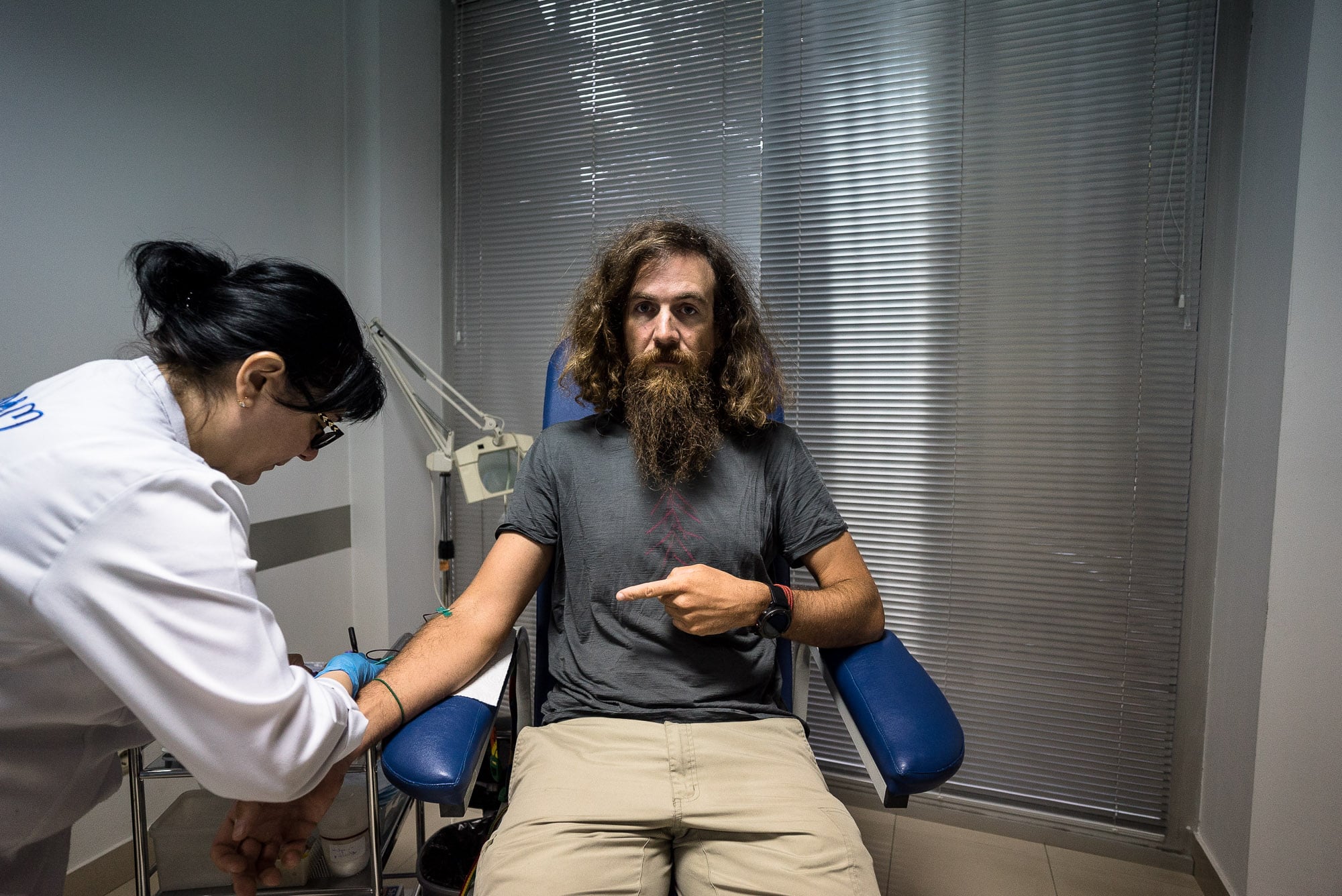 And since I had suspected a bladder infection two weeks earlier, I had them do a urine test as well. This might be a bit too much information, but let me tell you that I listened to death metal as I filled the cup.

Then I walked around the city.

There were political ads everywhere: 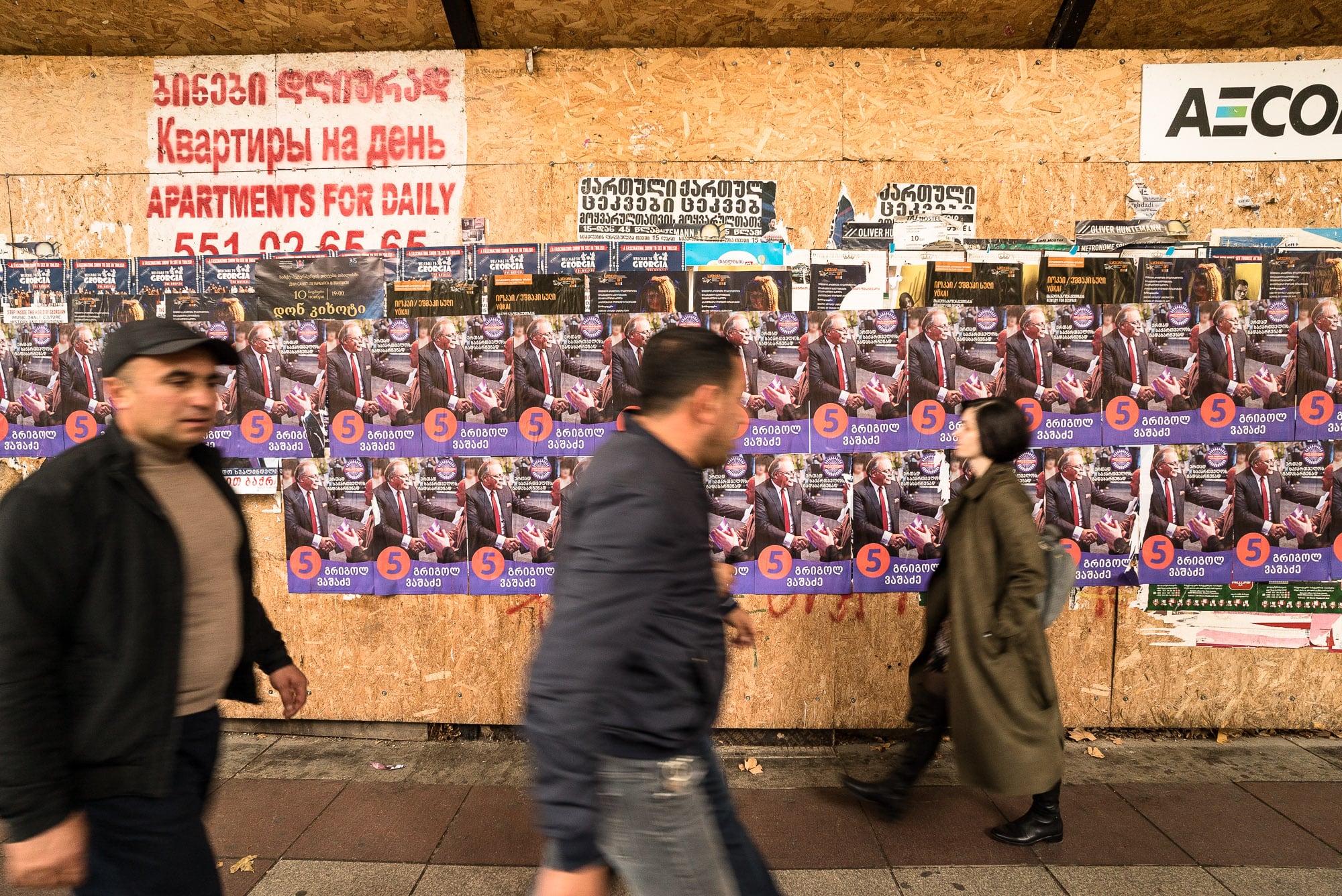 I went to the so-called “Mushroom Building”, the Public Service Hall where people could do all kinds of administrative things like getting a passport or a business license: 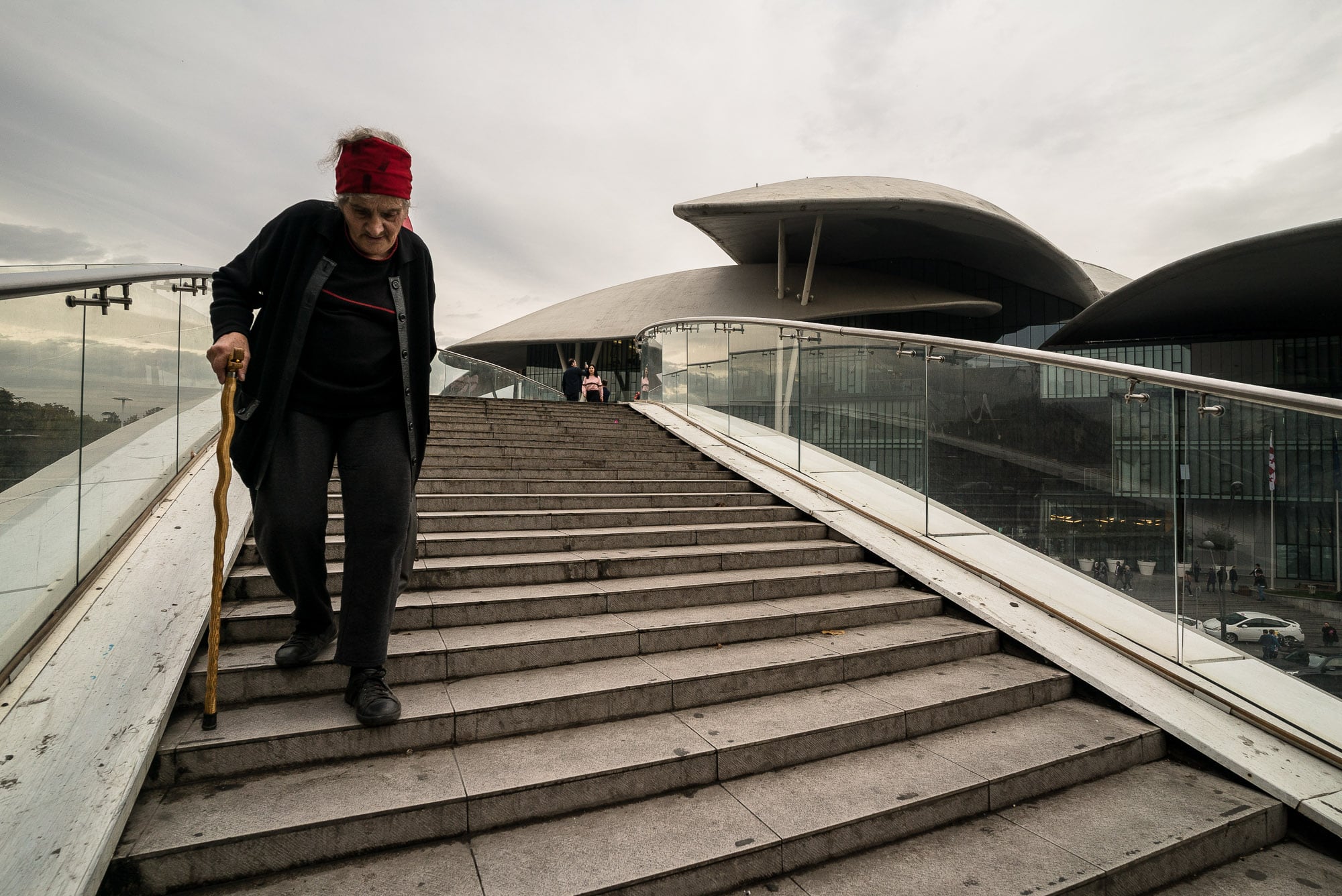 I guess you can tell why they call it a mushroom: 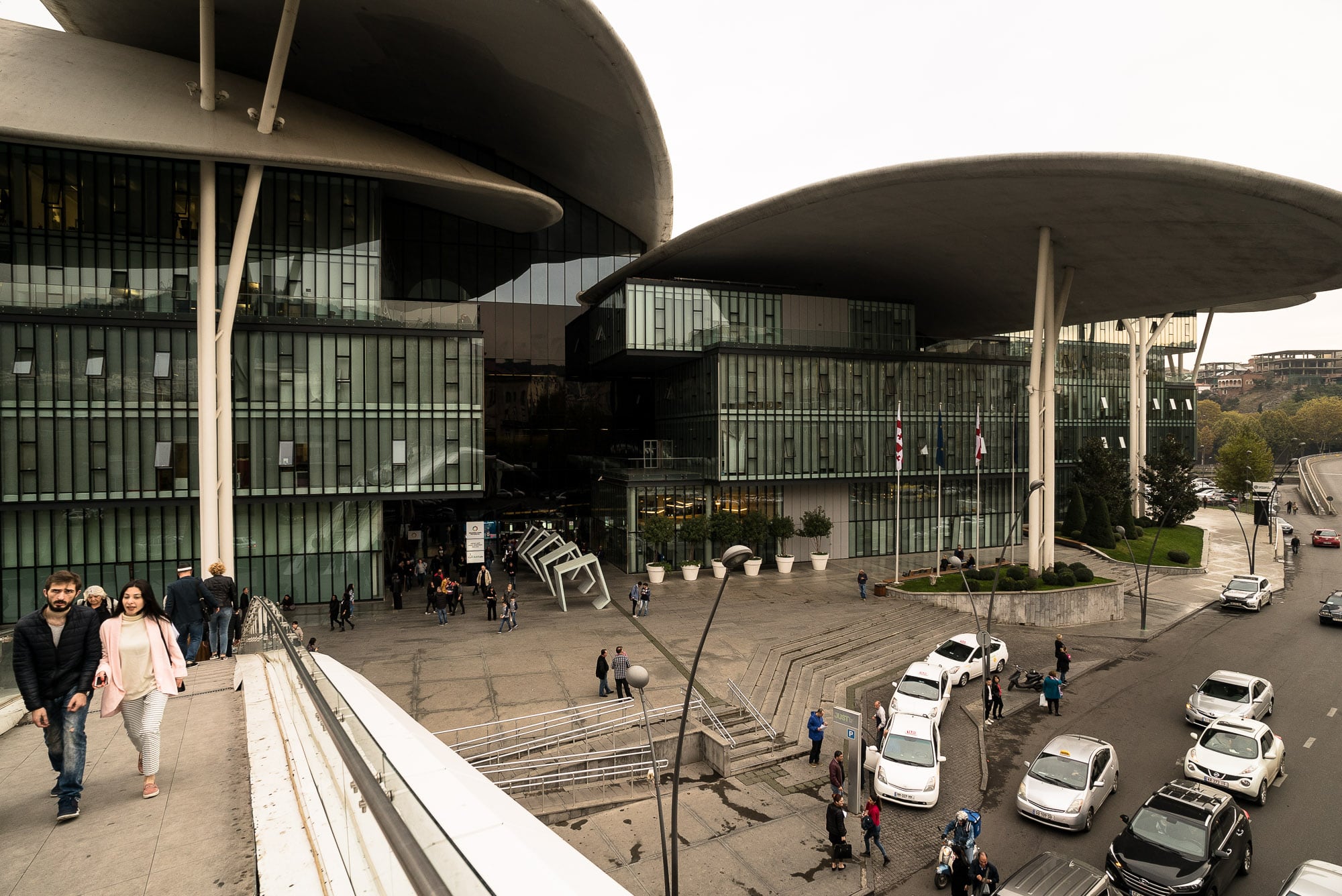 And now let me tell you that I – just like so many other foreign visitors before me – was blown away as soon as I entered the mushroom.

It didn’t feel like an administrative building at all. It was more like an Ikea and a McDonald’s, with little booths and stands everywhere: 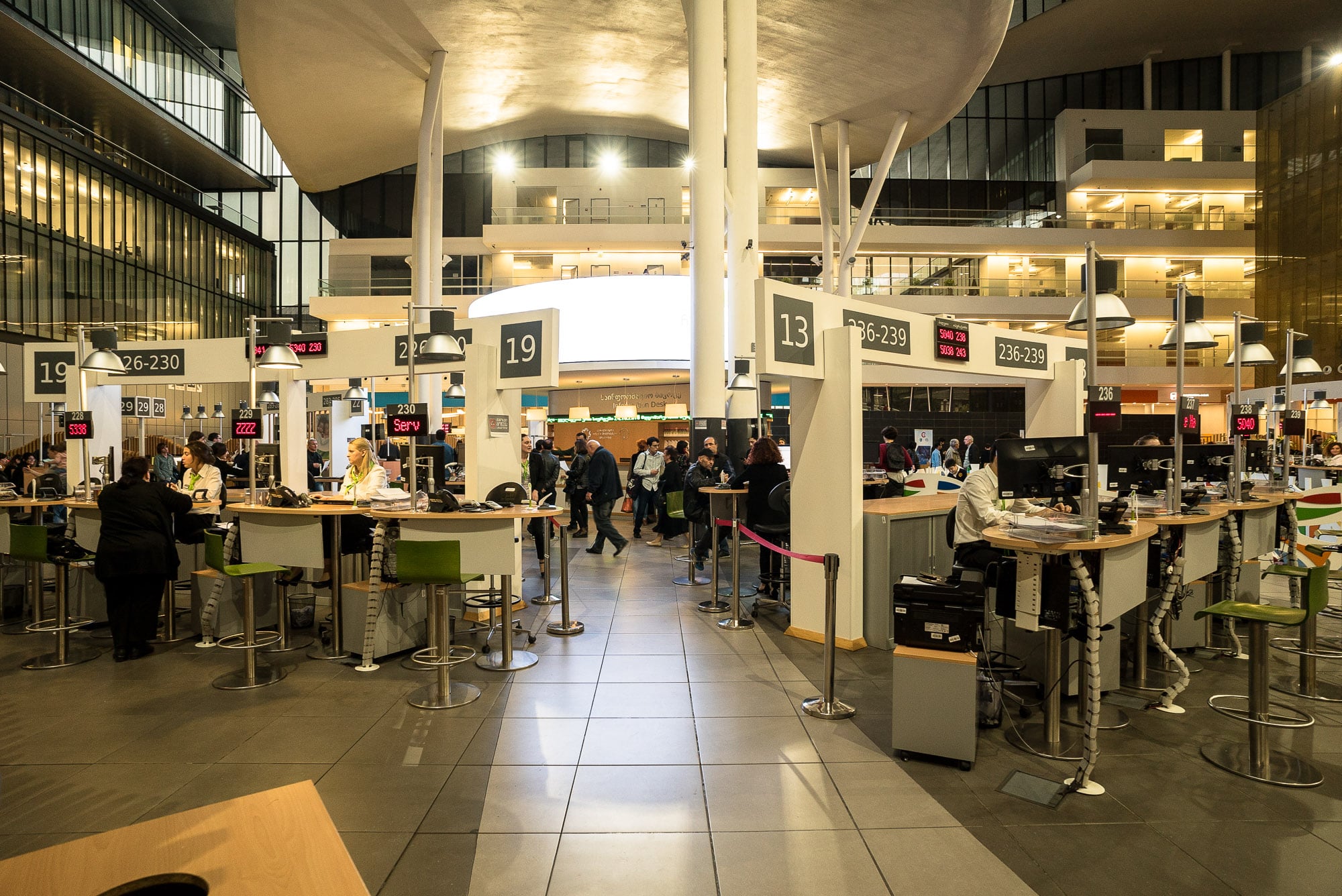 The atmosphere inside was that of a beehive: 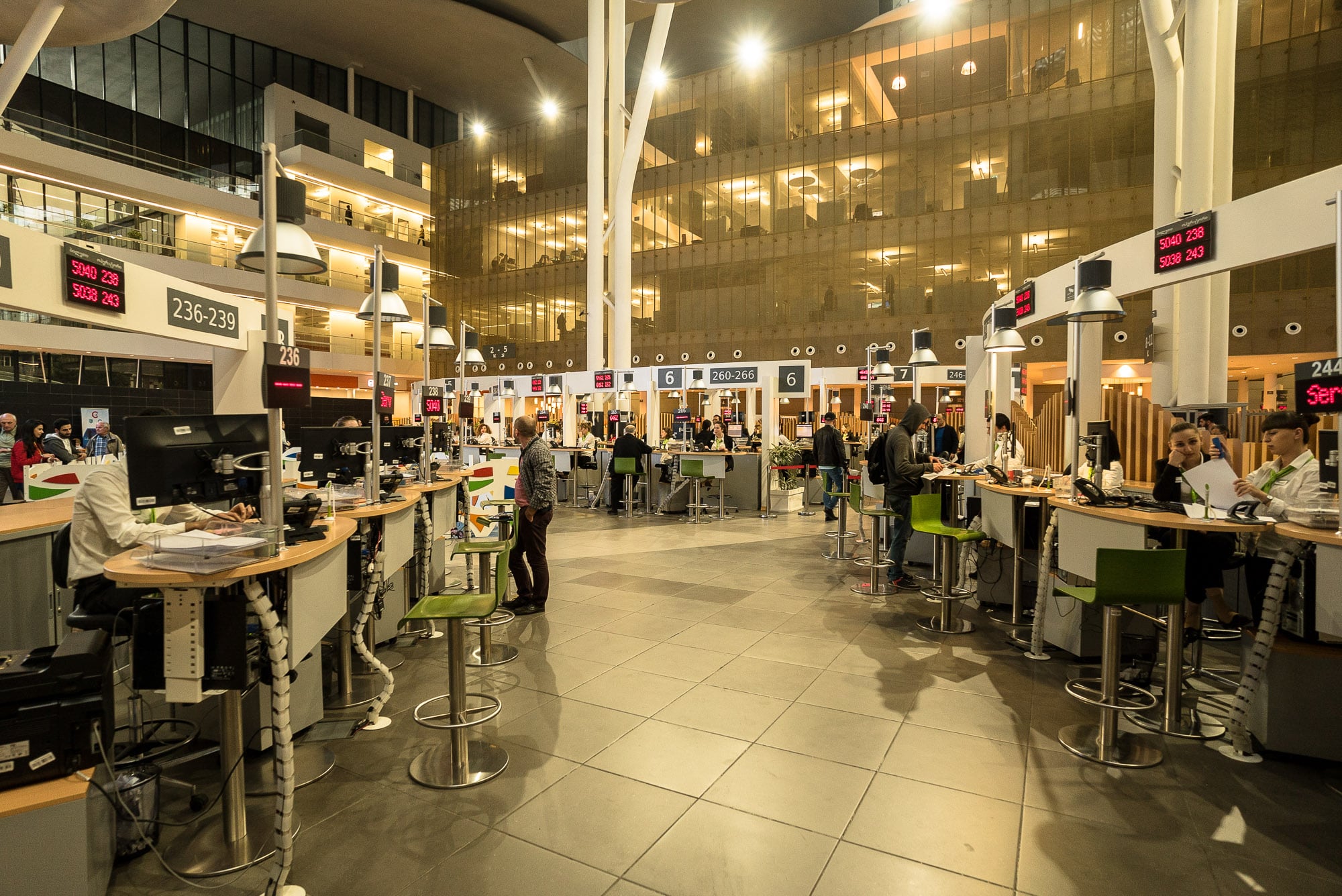 I had a question I wanted to ask, and so I went to the information, where a young lady who was equally friendly, eloquent, and beautiful gave me a number and told me to go to “15”. Here’s a picture of the number: 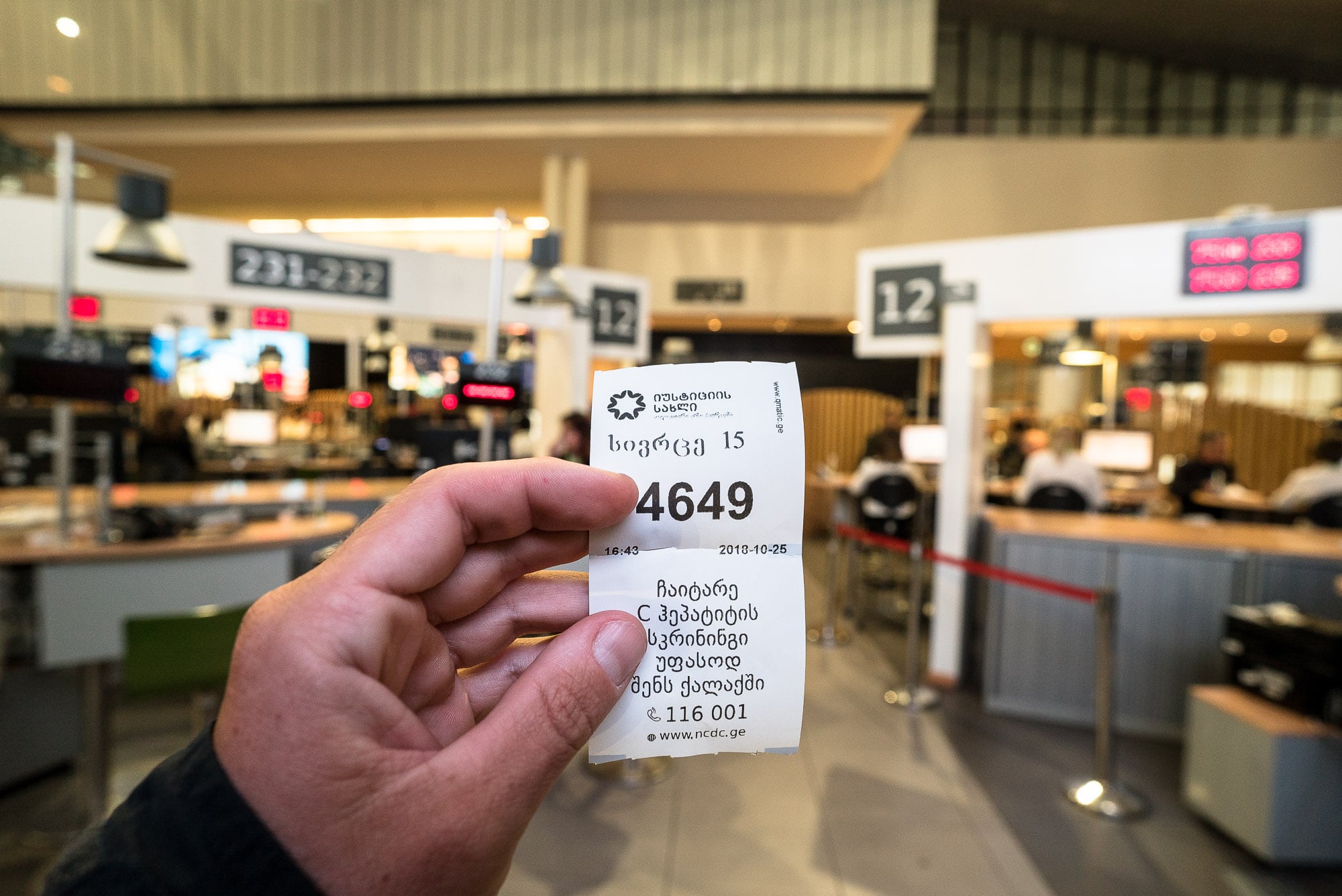 But when I got there, I found out that I had been to slow. My number had already been called, and I had to go back and grab a new one. No problem! I thought. Everything was so fast and efficient in here.

I have never been this impressed by an administration on my travels. In fact most Silk Road countries had been bureaucratic nightmares.

But this was just so much better than anything I’d seen before (including in Germany and the US). There was even a playground for kids in the middle of it all: 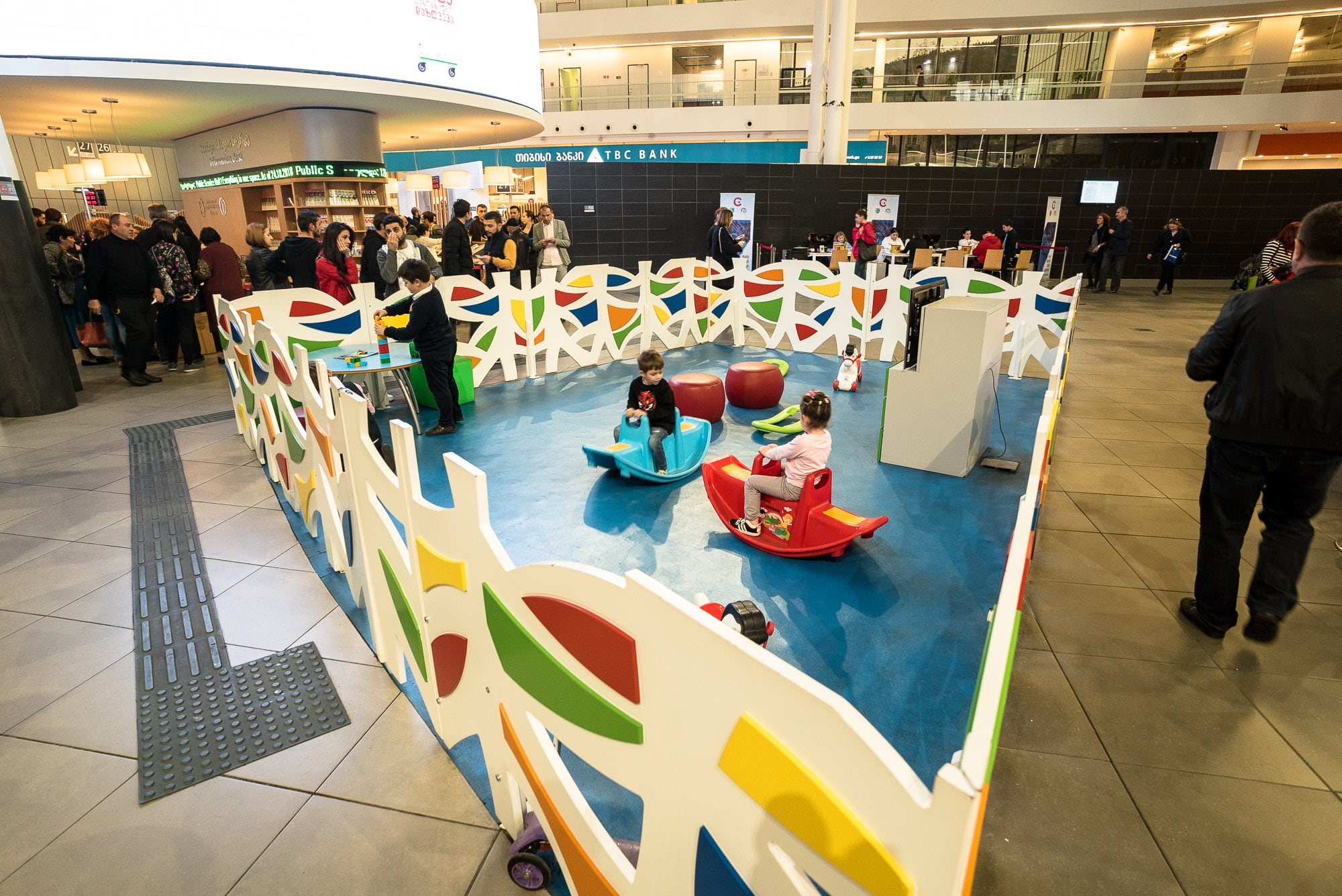 “Yes”, my Georgian friends said to this, “it is nice, but it is not the whole truth, and if you live here for a while you will see another, less efficient and more corrupted side.”

But still, I was impressed.

Later that night, when I got home, I found out that one of the cats of the neighborhood had brought two little kitties to the veranda: 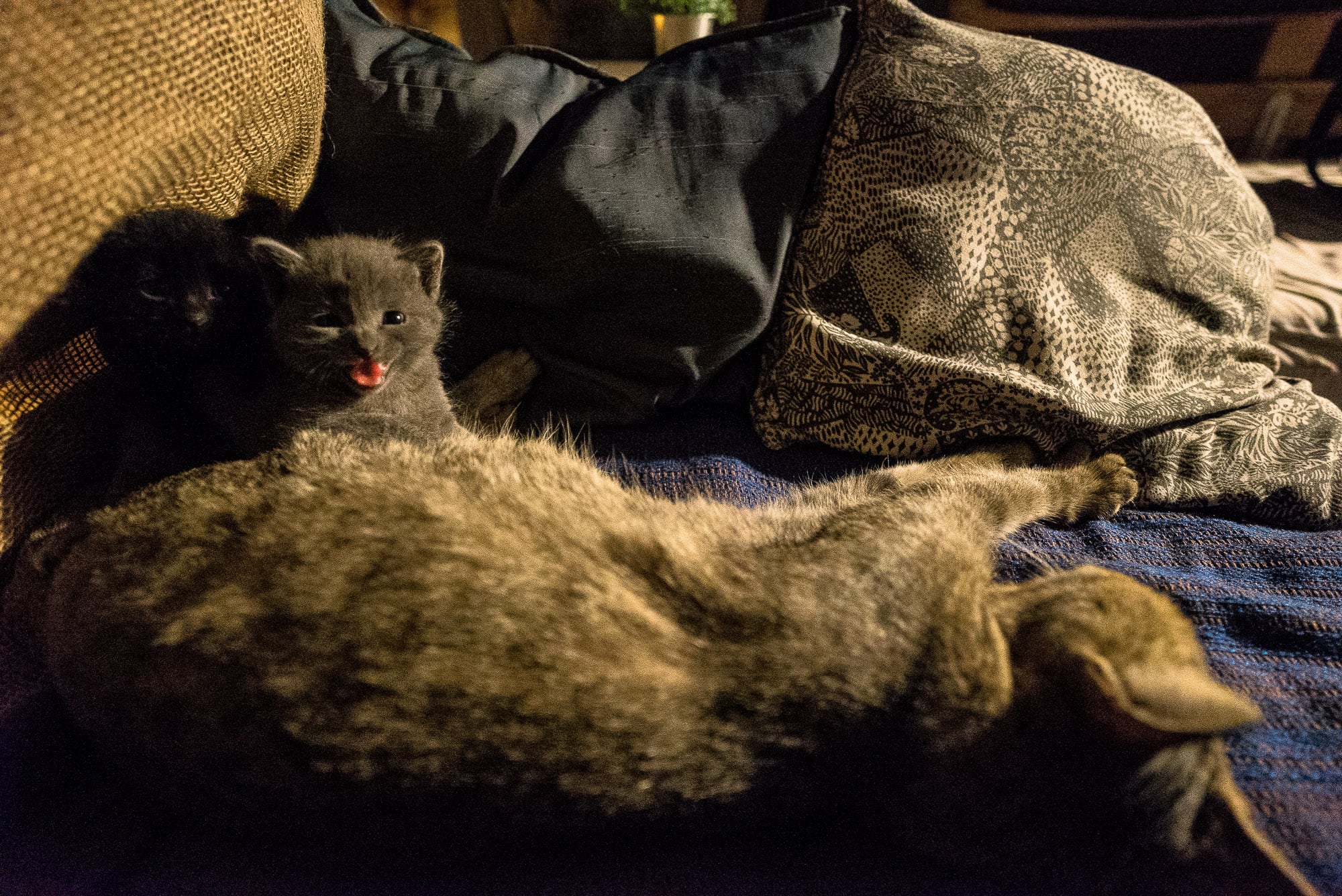 I sat with them for a while.