I had managed to arrive in Tbilisi on time, which meant that I had gotten my second rabies shot, and now was my time to rest.

So I went outside and had another donut: 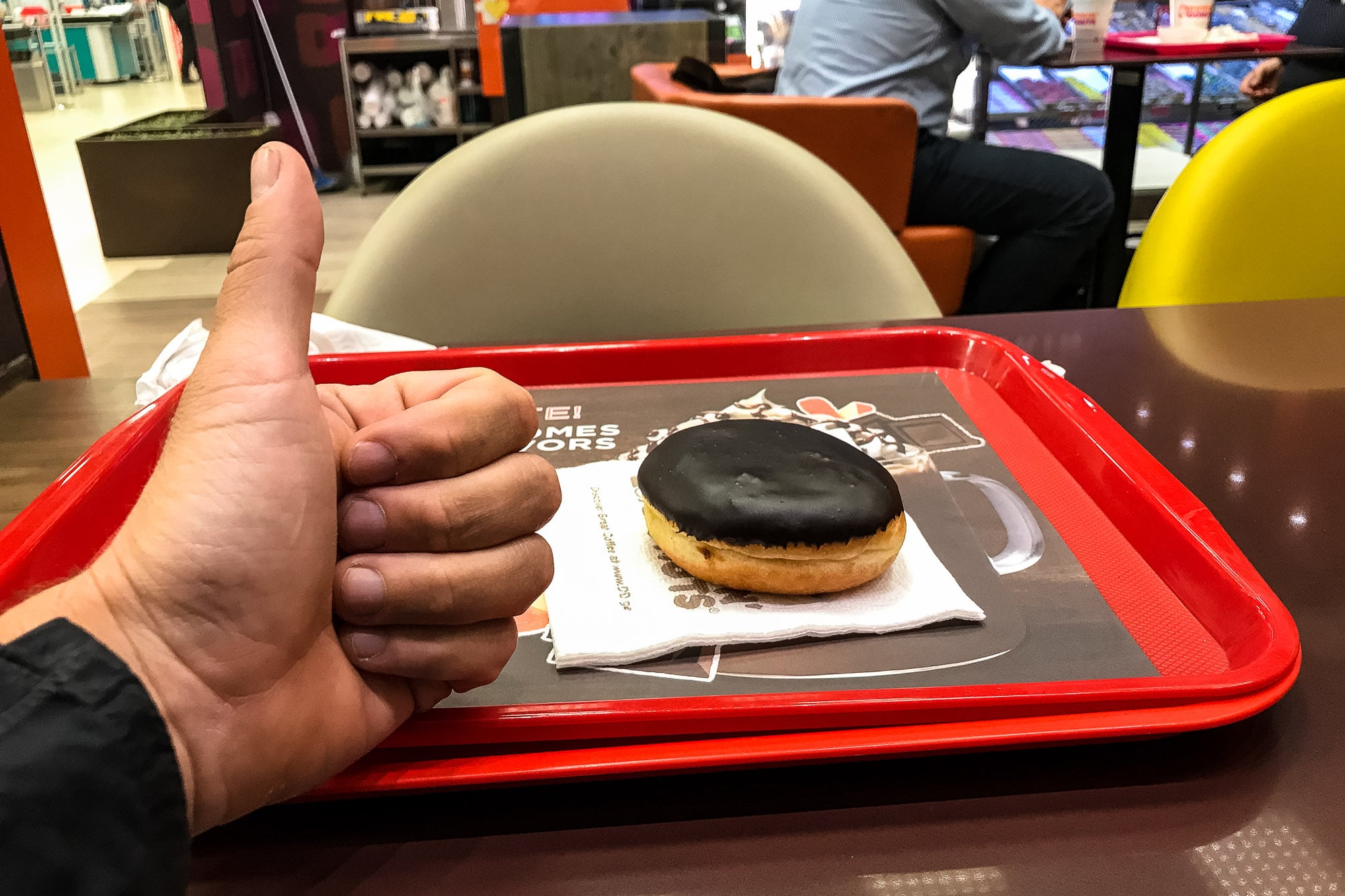 Then I walked around a little. Tbilisi seemed to have a strong meme game going on: 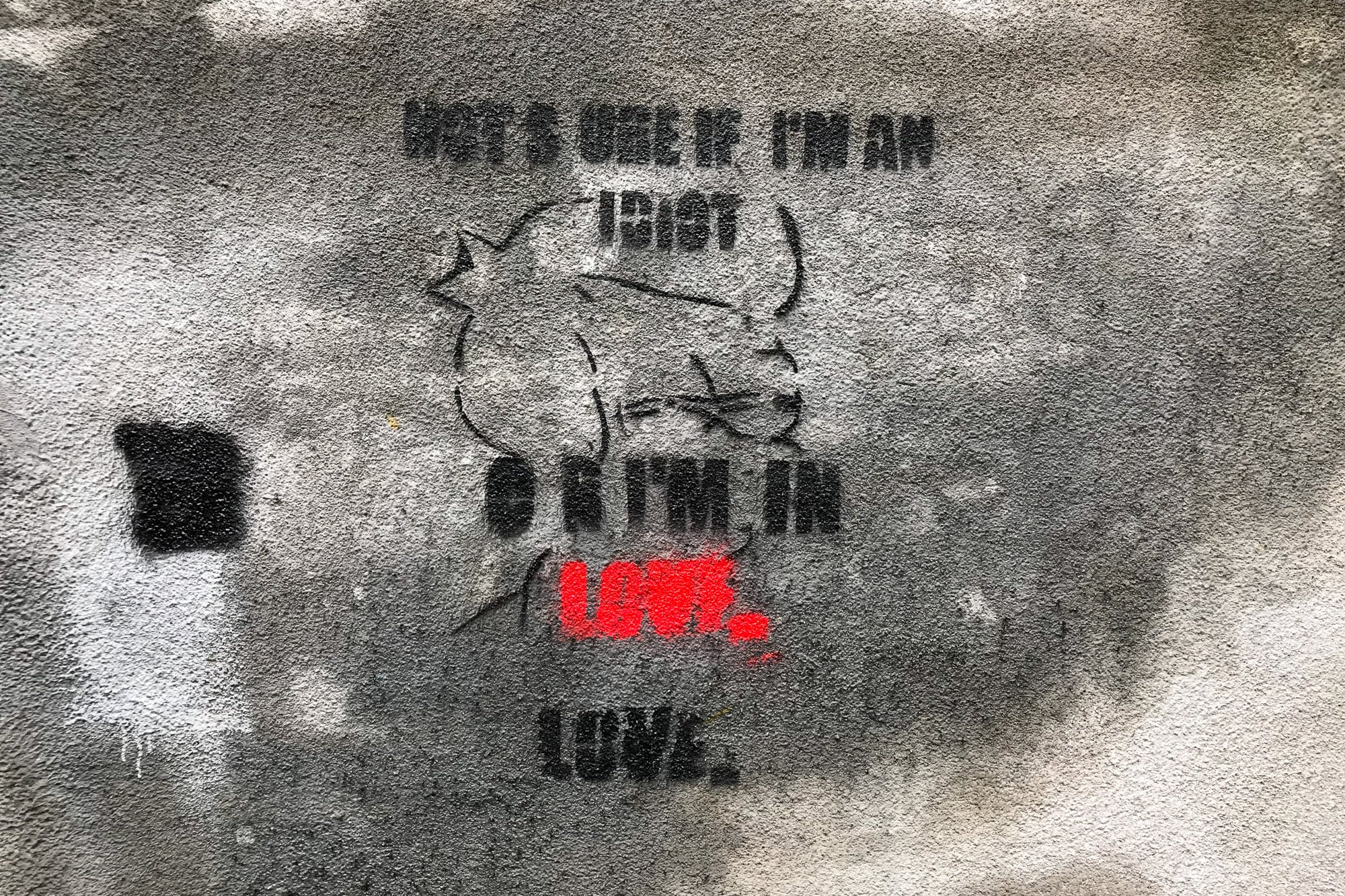 Though I didn’t know what all of them meant: 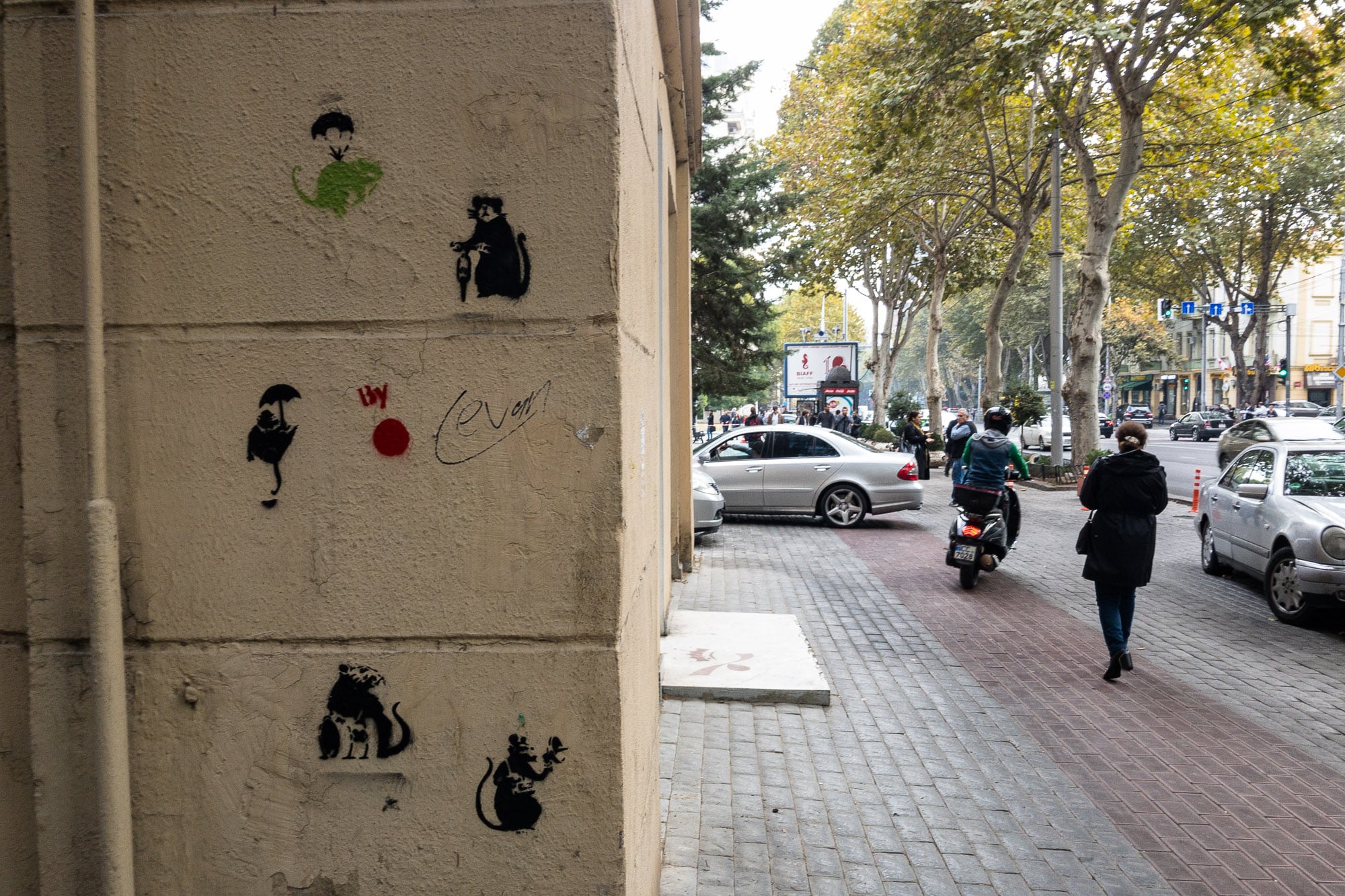 One time I came to a bridge where a bunch of people were staring at a building front: 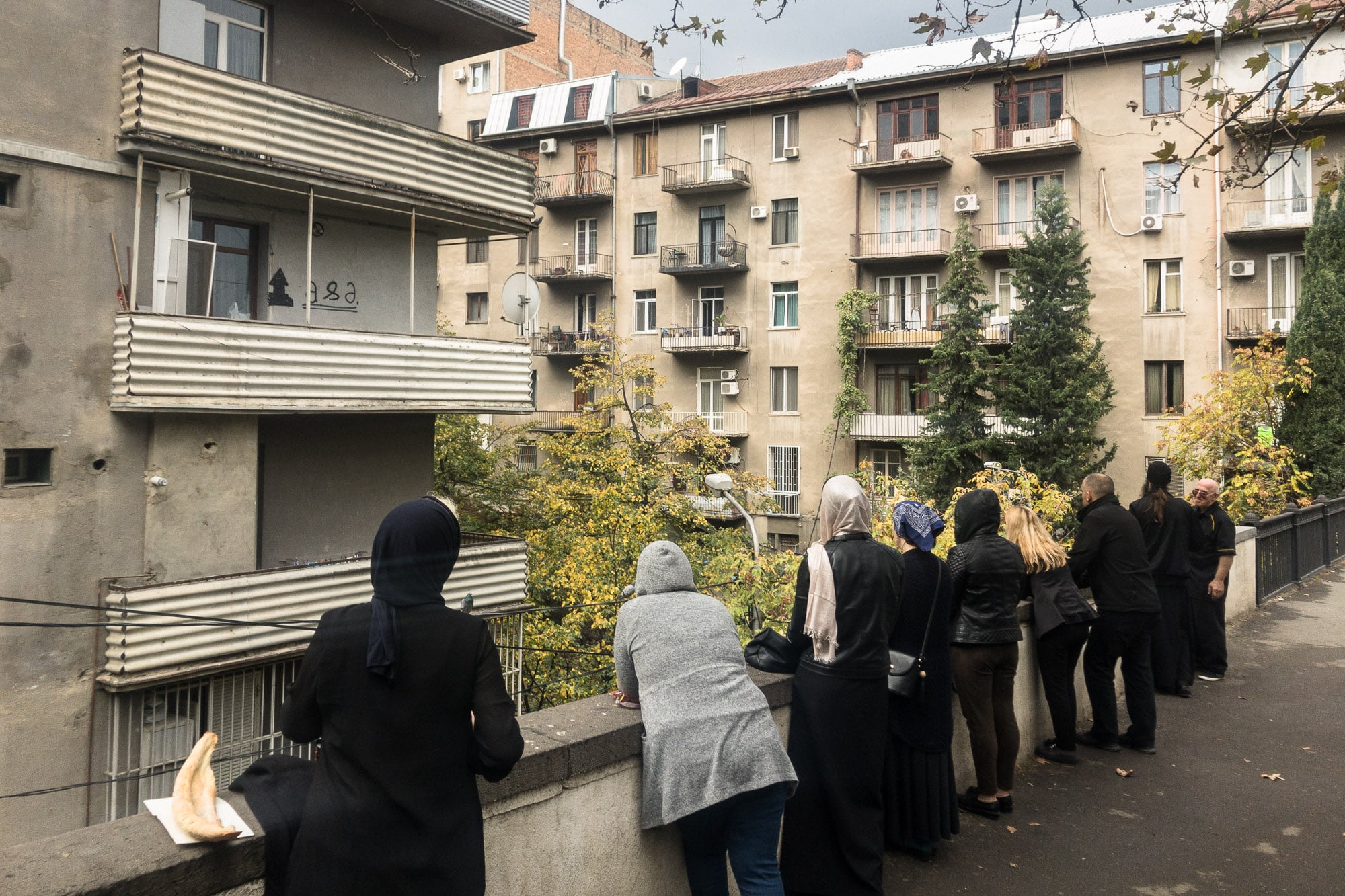 Some looked like they were praying, others were crying, and there was an orthodox priest among them. So I inquired, and a lady told me that there was a holy man who lived in one of the buildings (though it was unclear in which one exactly): 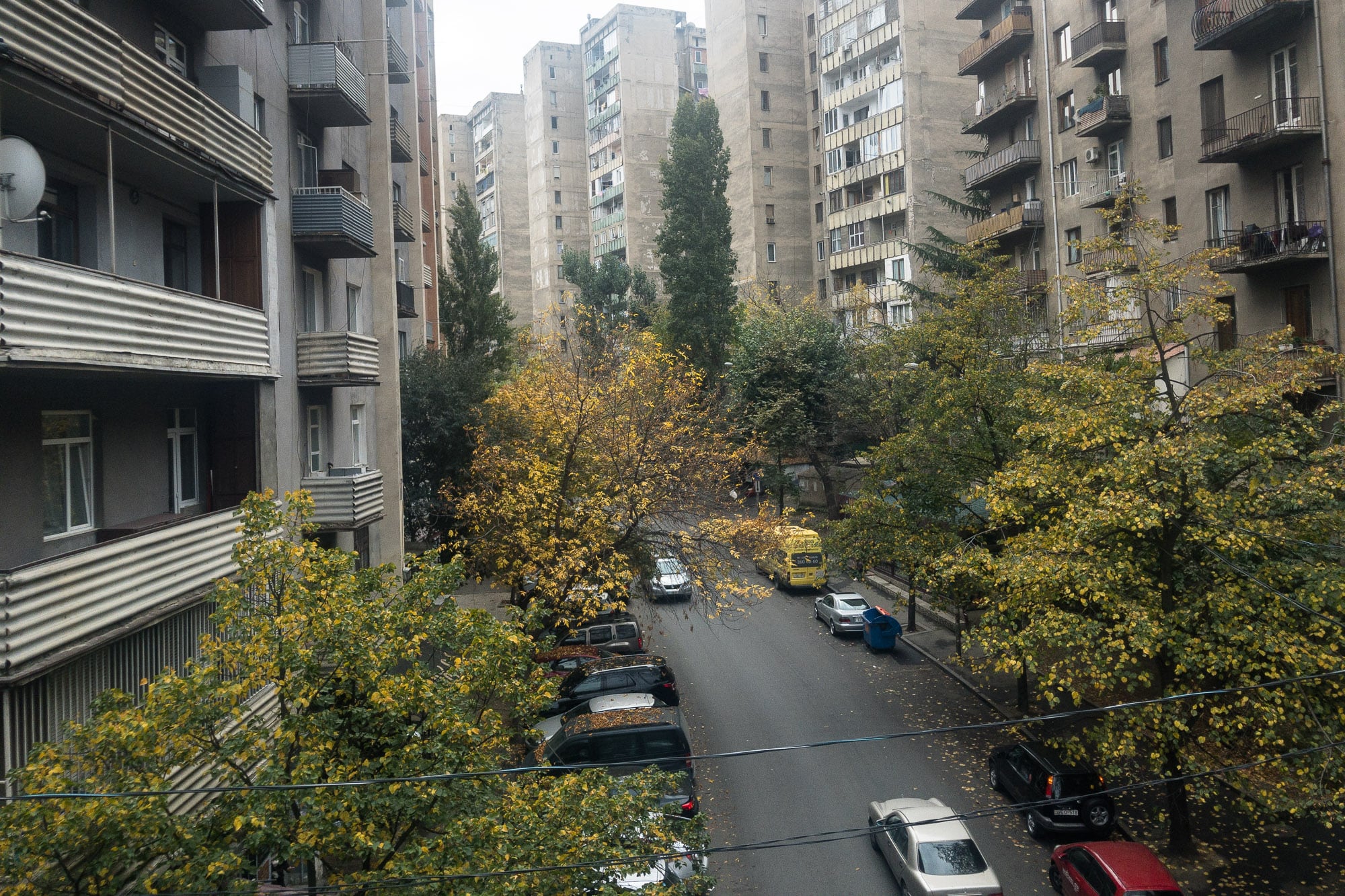 The man was supposed to be able to cure illnesses.

I figured that the people who were covering the city in memes were probably very different from those who came here looking for help from a holy man.

Living in the 21st century meant that one didn’t have to go far to find cultures colliding with each other.

Either way, I was staying with friends in an old building that had a veranda on the top floor: 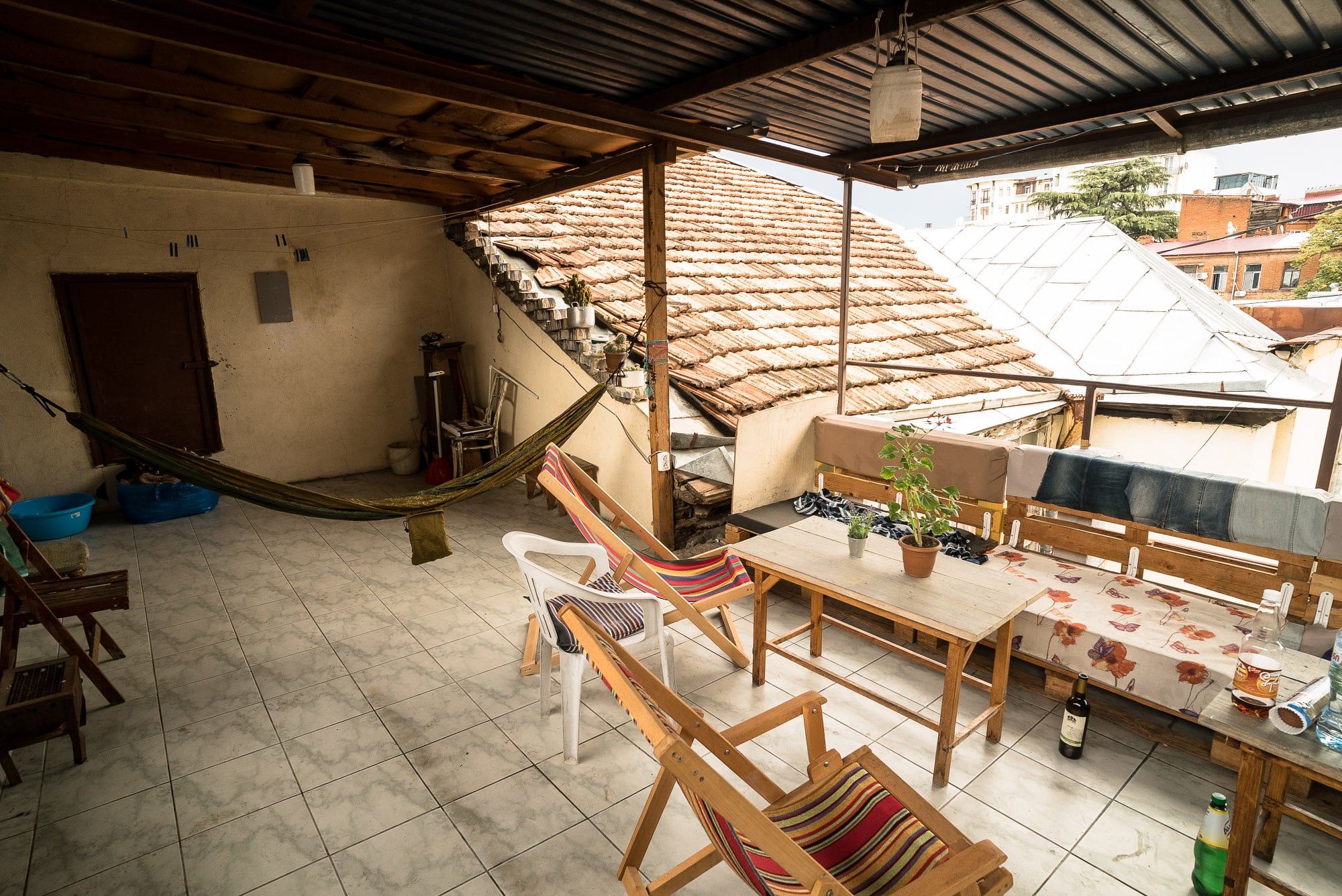 This meant some much-needed hammock time for me.