I had wanted to take the ferry back to Baku, but it turned out to be too much of a hassle. One problem was that ships didn’t leave from Aktau but from some town about an hour away. Also, there was no ticket office. You called someone who knew someone, and they told you where to go.

Another problem was that there were simply no fixed schedules. If the weather was suitable and there was a loaded ship in the harbor, it would leave. So basically if you wanted to take the ferry across the Caspian Sea to Baku you would have to wait on stand-by, luggage packed and ready to go, until someone called you and told you to come to the ship right away.

I got plane tickets for the day after.

This meant that today I had nothing to do. I went to the beach with my camera, and I took a picture: 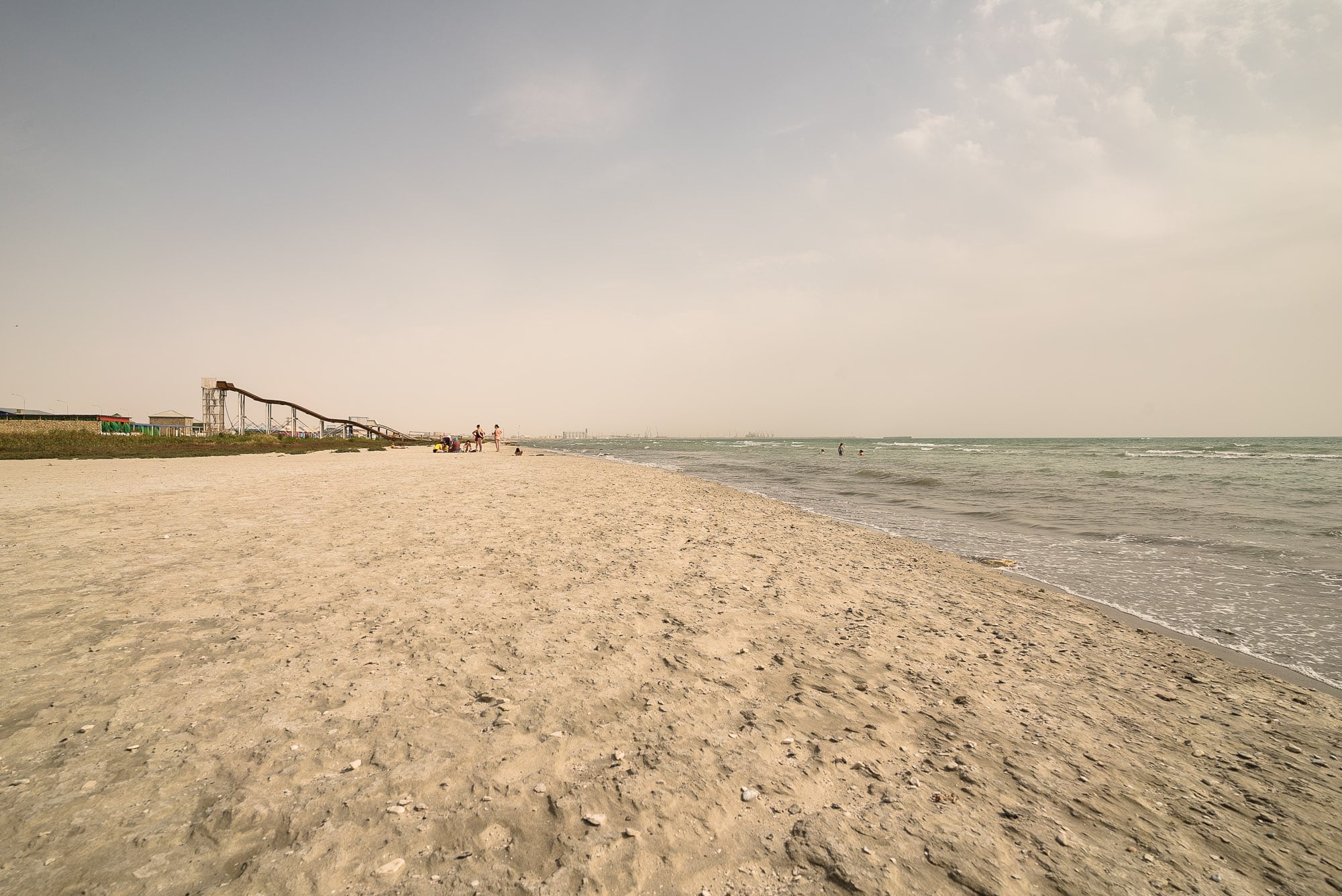 Then I went back with my bamboo mat, and a towel, and I dove into the water. When I came out of the water I took this shot with my cellphone: 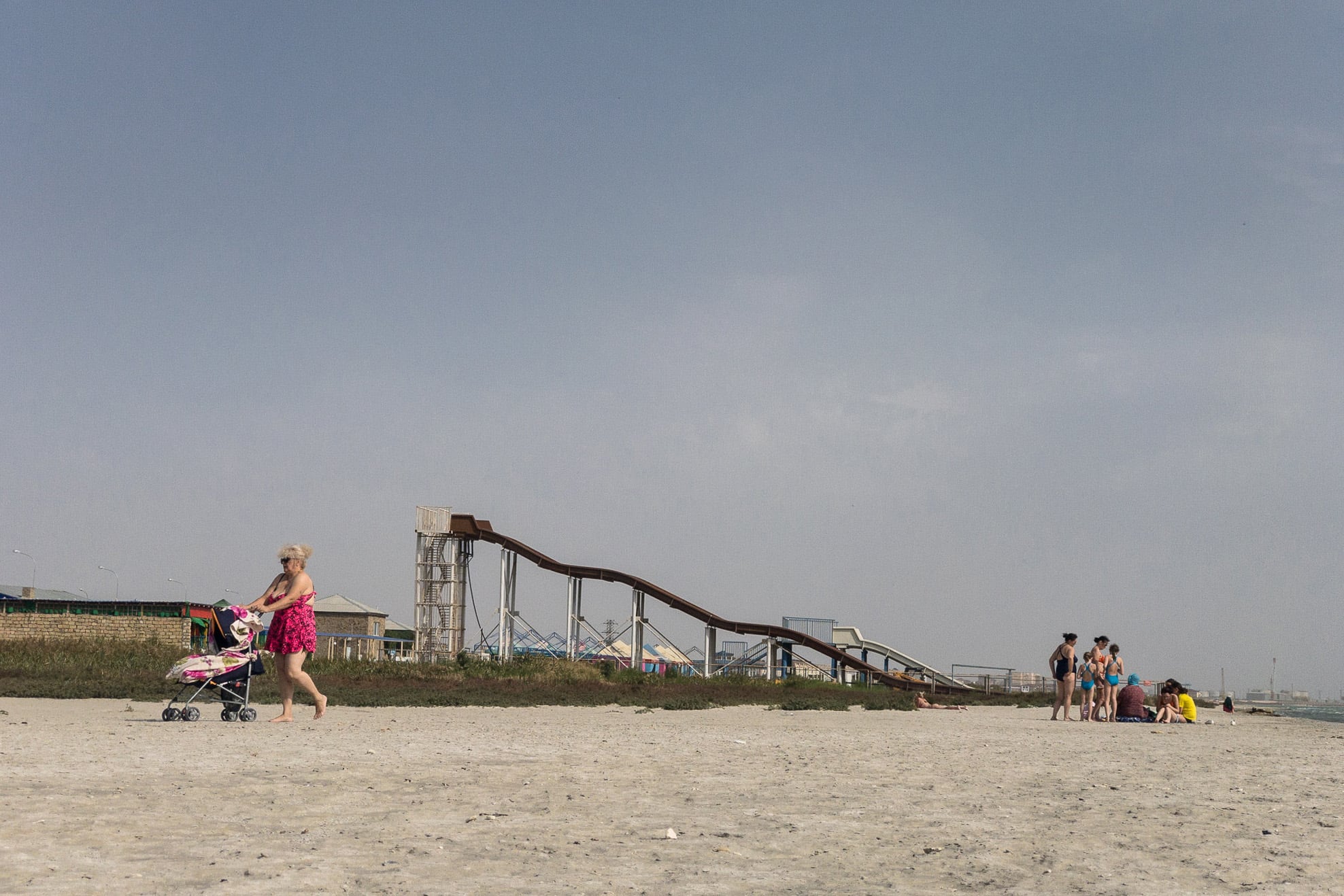 I somehow liked it better.