I woke up in an empty hotel on an empty beach. It was near an empty street: 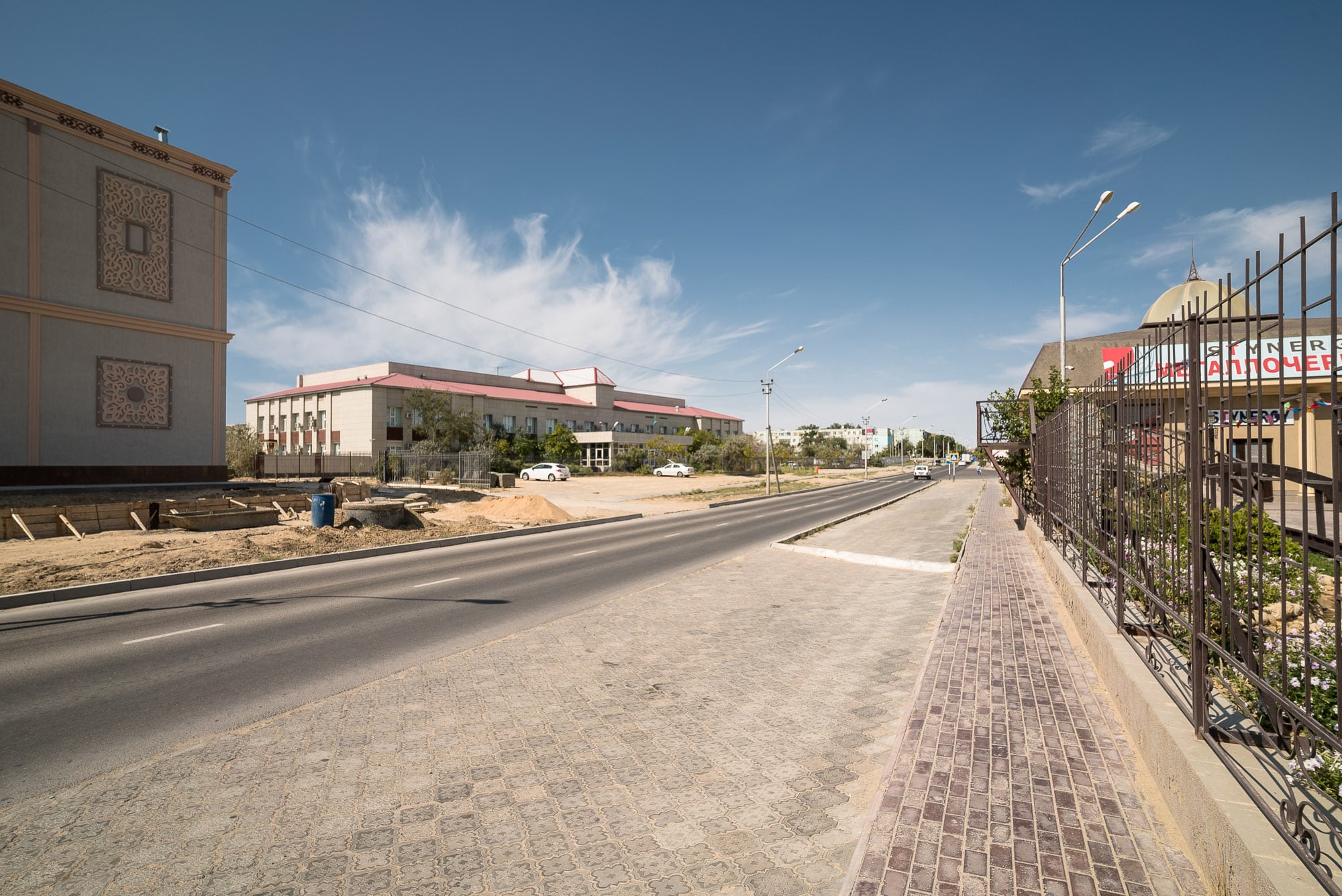 Aktau, it seemed, was a place without people.

There was a small shopping centre nearby. I went there and looked around. Did I need a new notebook to write my diary? Maybe. There were some notebooks, and one of them had this slogan on it: 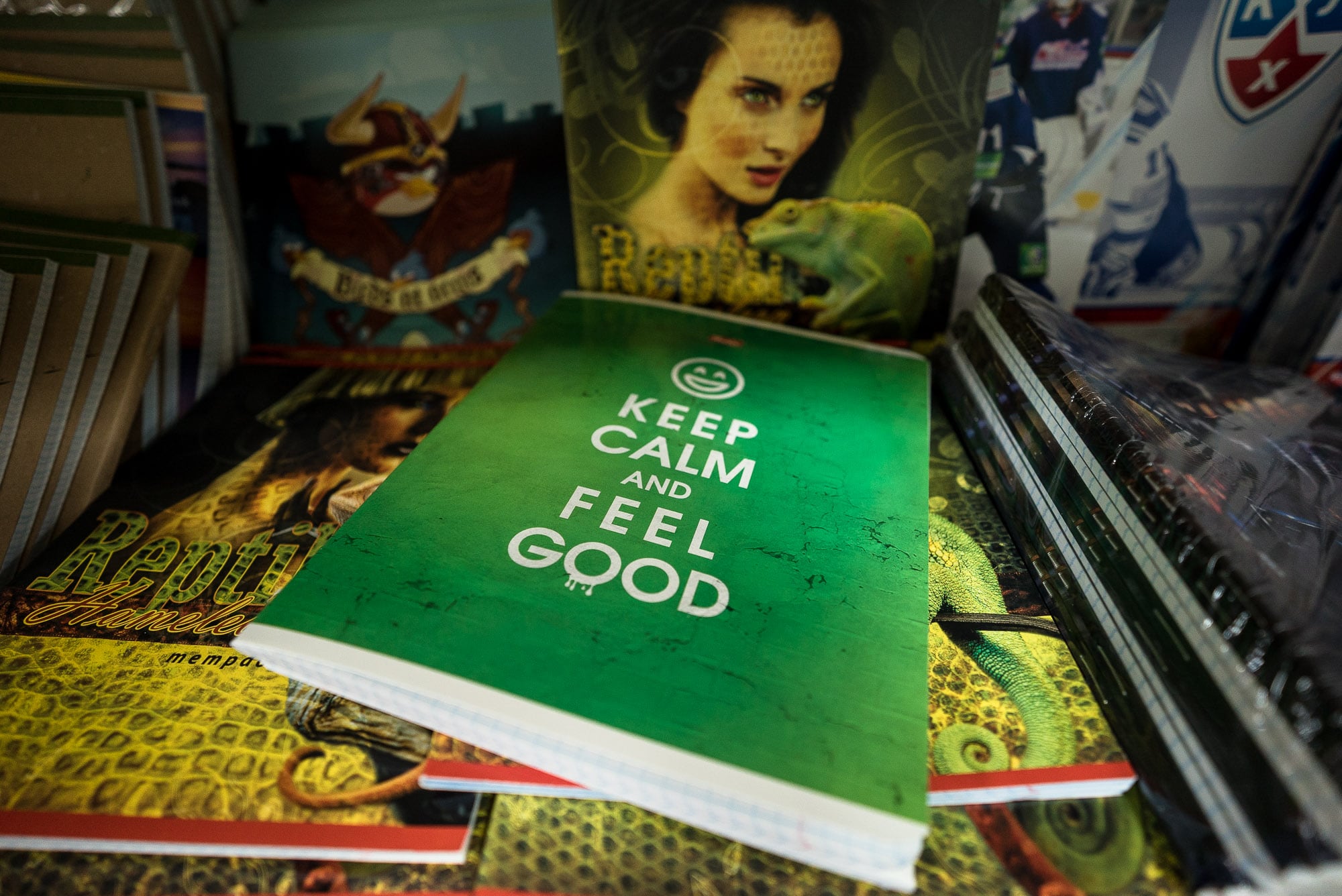 I didn’t buy it. I didn’t feel good. Also, it was too big for my purposes. Instead I tried to make myself feel better by eating a bowl full of lagman, the dish I had loved the most on my walk through Central Asia a year or two before: 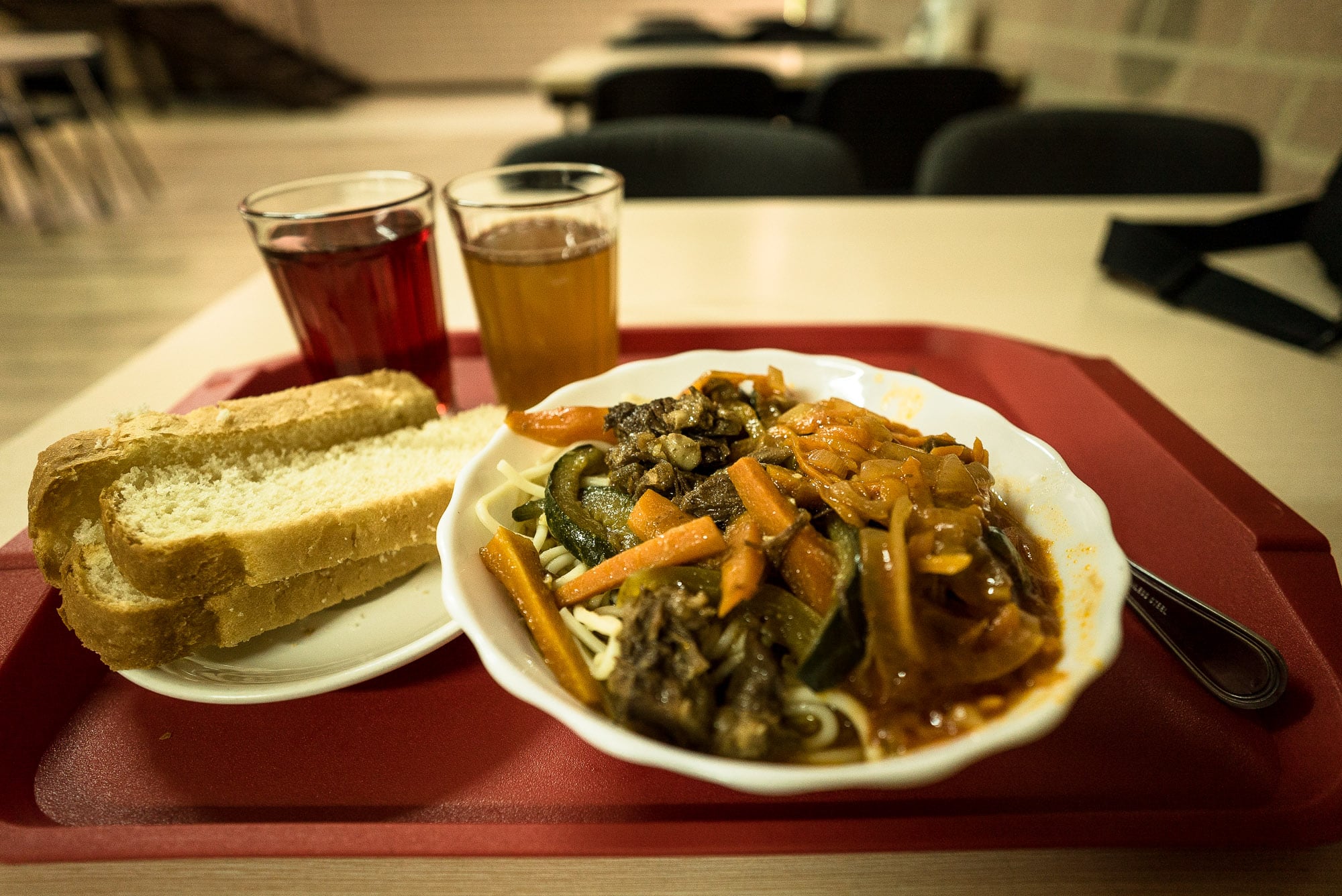 It helped a little, but not much. I decided to take a taxi to a large shopping mall downtown: 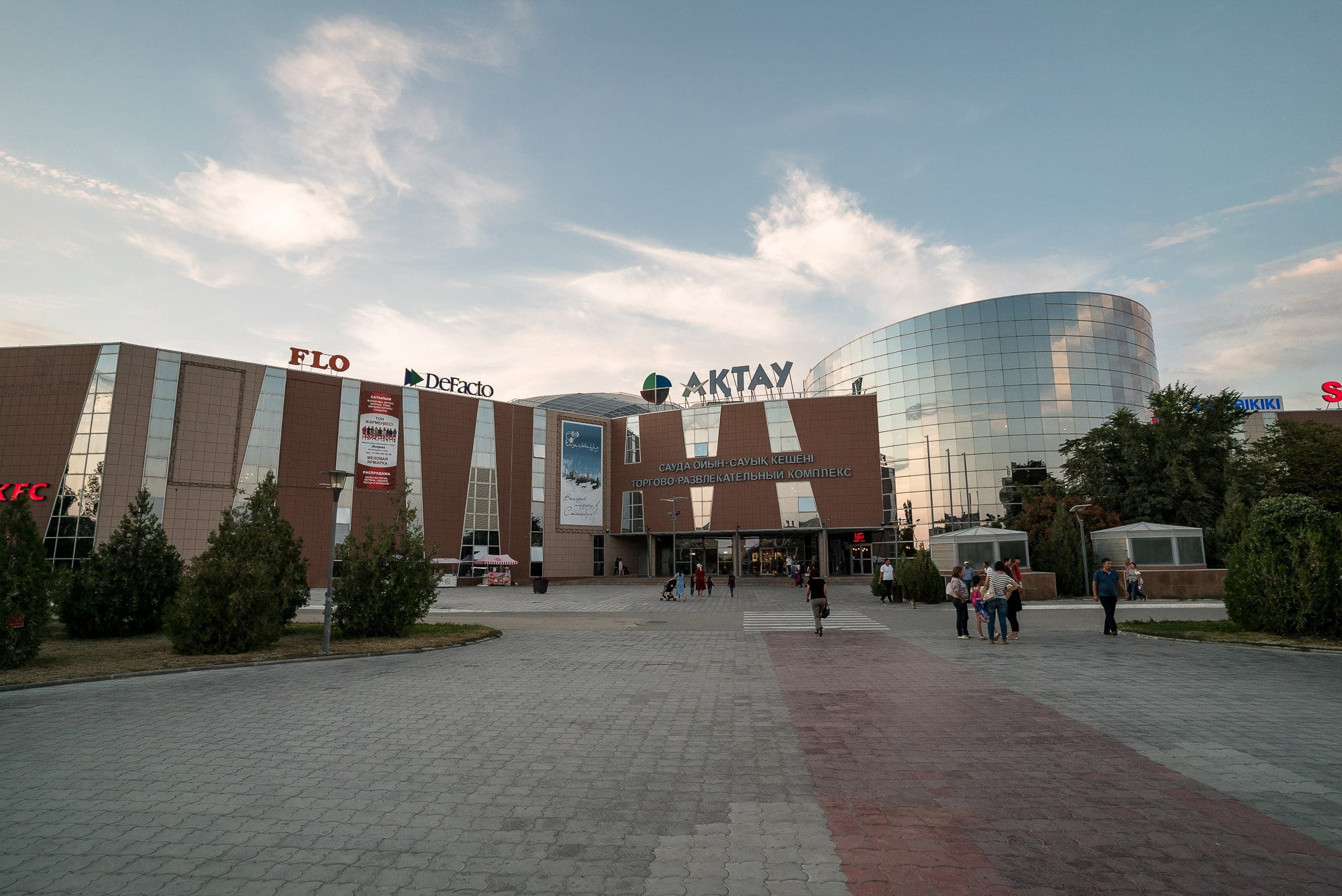 The mall wasn’t empty. Some children were practicing ice-skating: 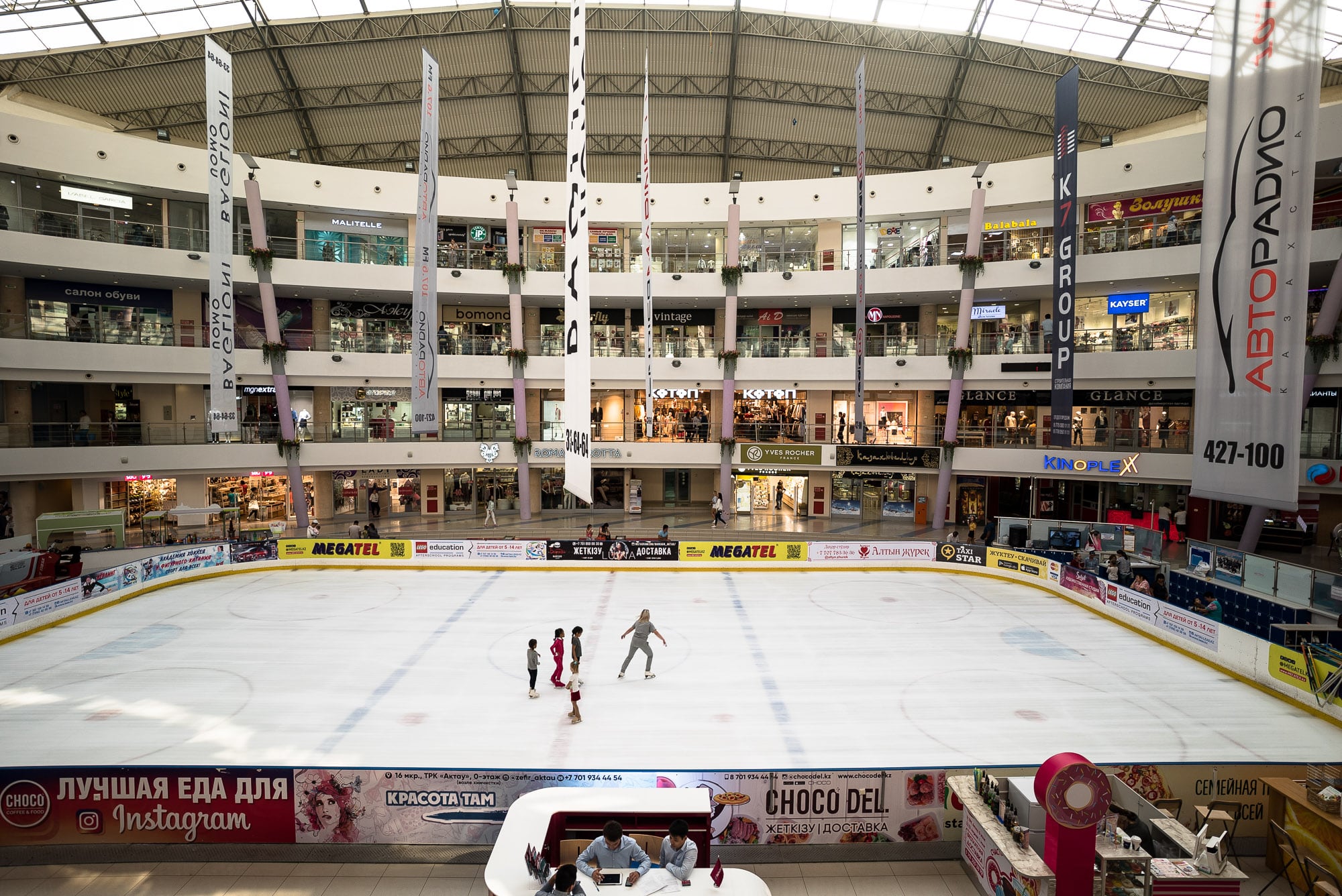 I bought an electric tooth brush: 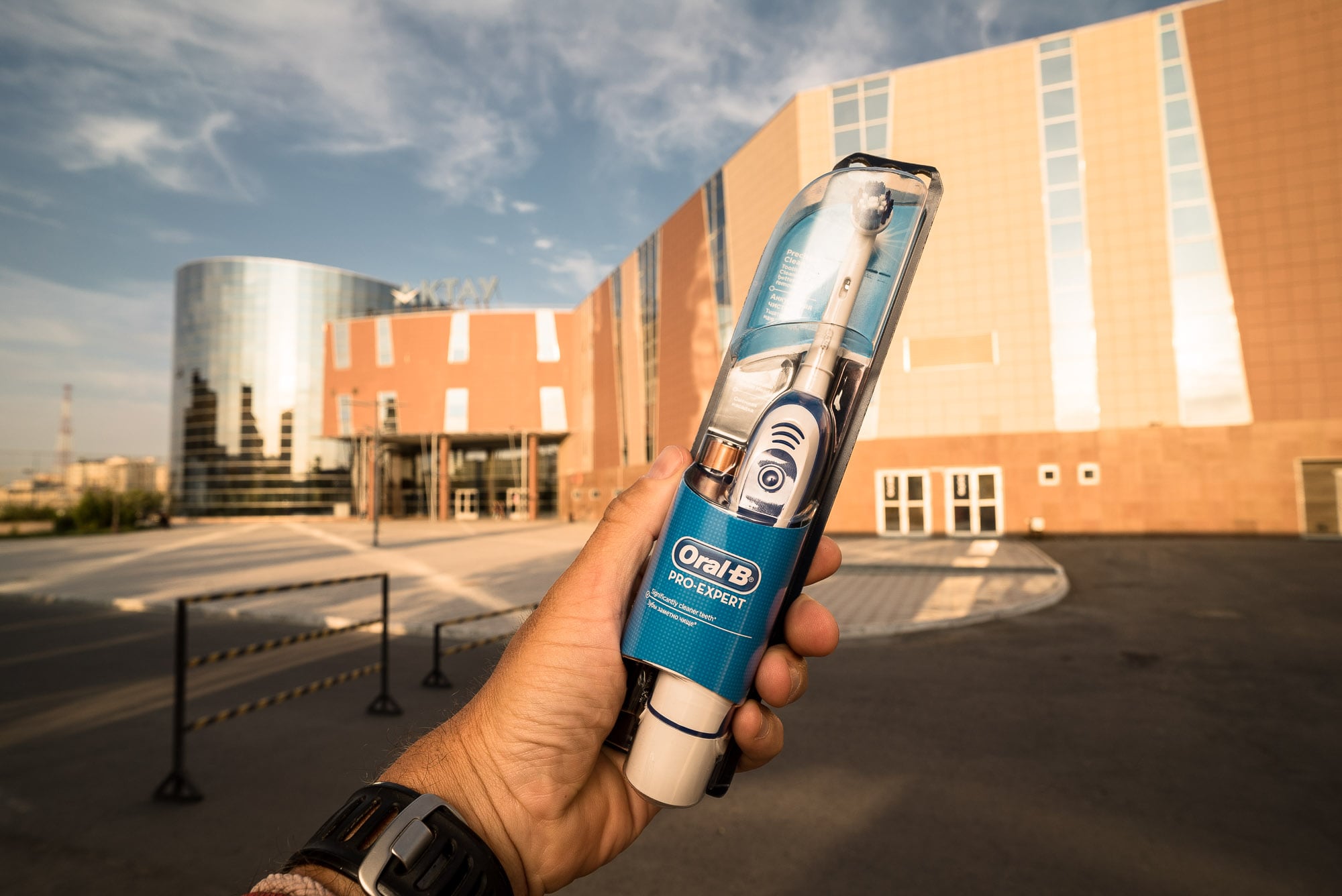 Mine had been broken for a while.