The hotel had a strange atmosphere to it. It was almost completely empty, and whenever I walked down the hallways, I could hear the echo of my own steps: 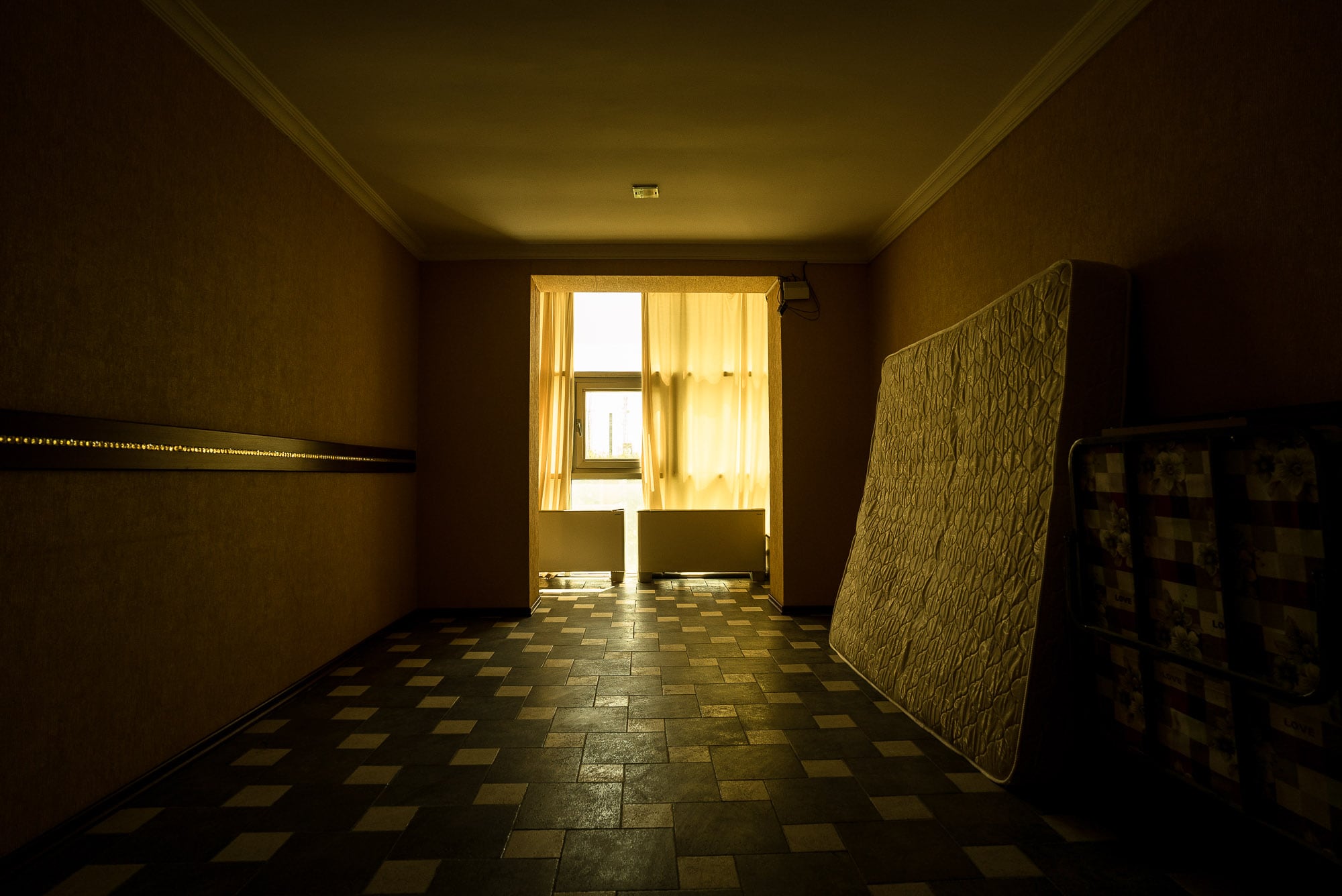 It looked like it had been refurbished just recently, but the mattresses on the beds felt like they were decades old. The rooms had air-conditioning, but it was shut off during the day in order to “save power”. Only the lobby was always cool.

Oh, and there were lots and lots of pictures of the president and his dad, the former president: 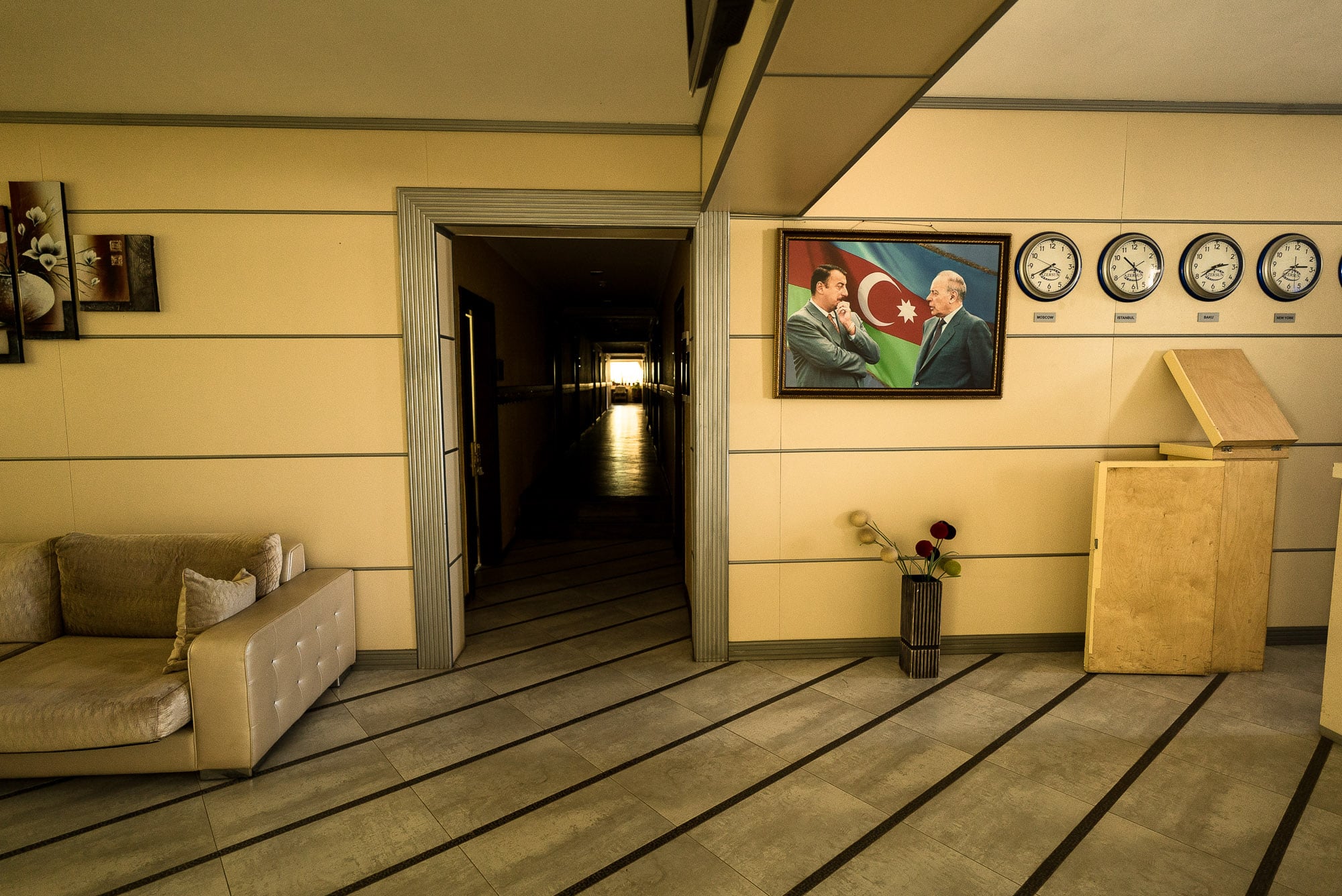 One thing was really good, though: 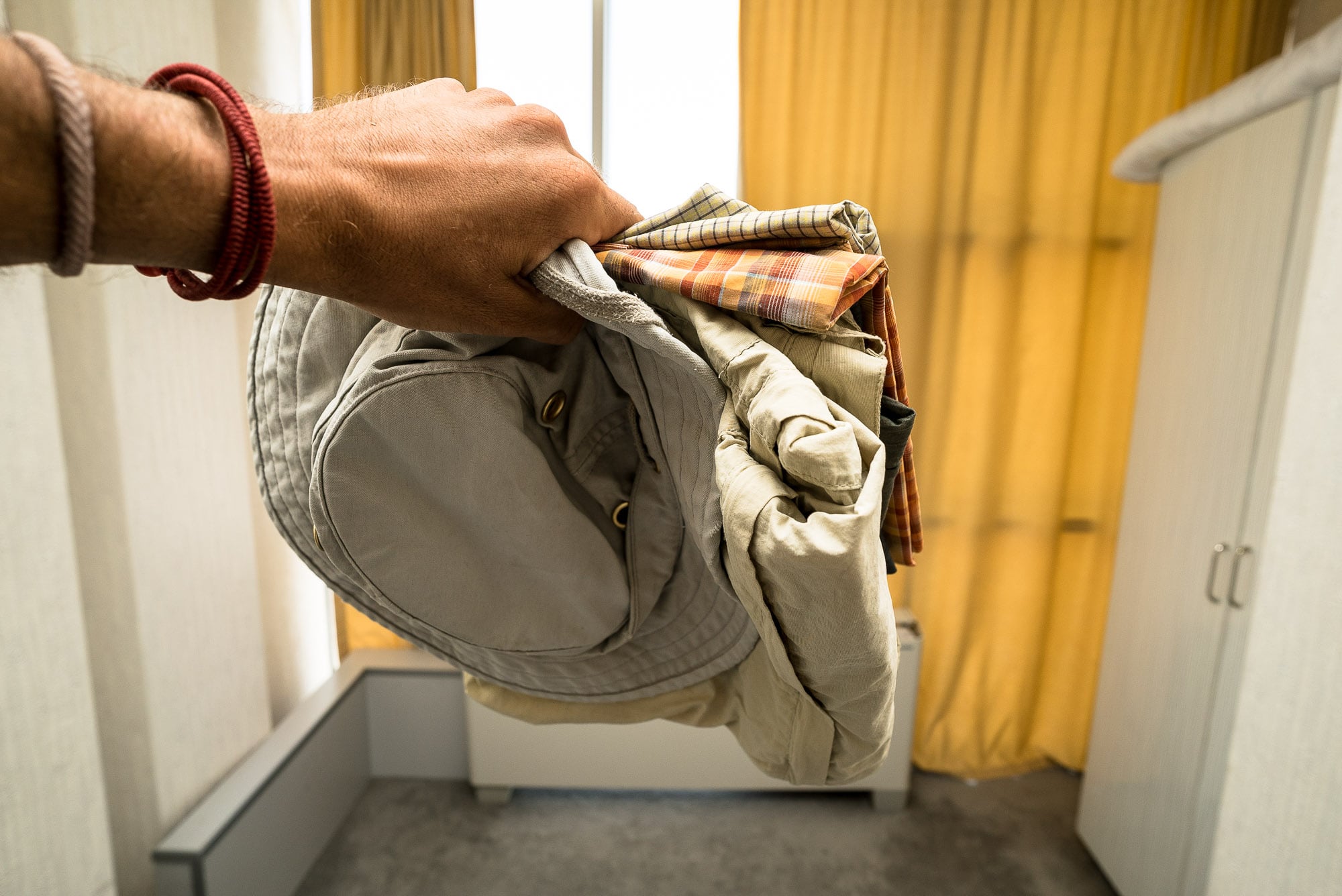 There was a washing machine in the basement, and I got all my clothes washed.

Then I went out and had a döner: 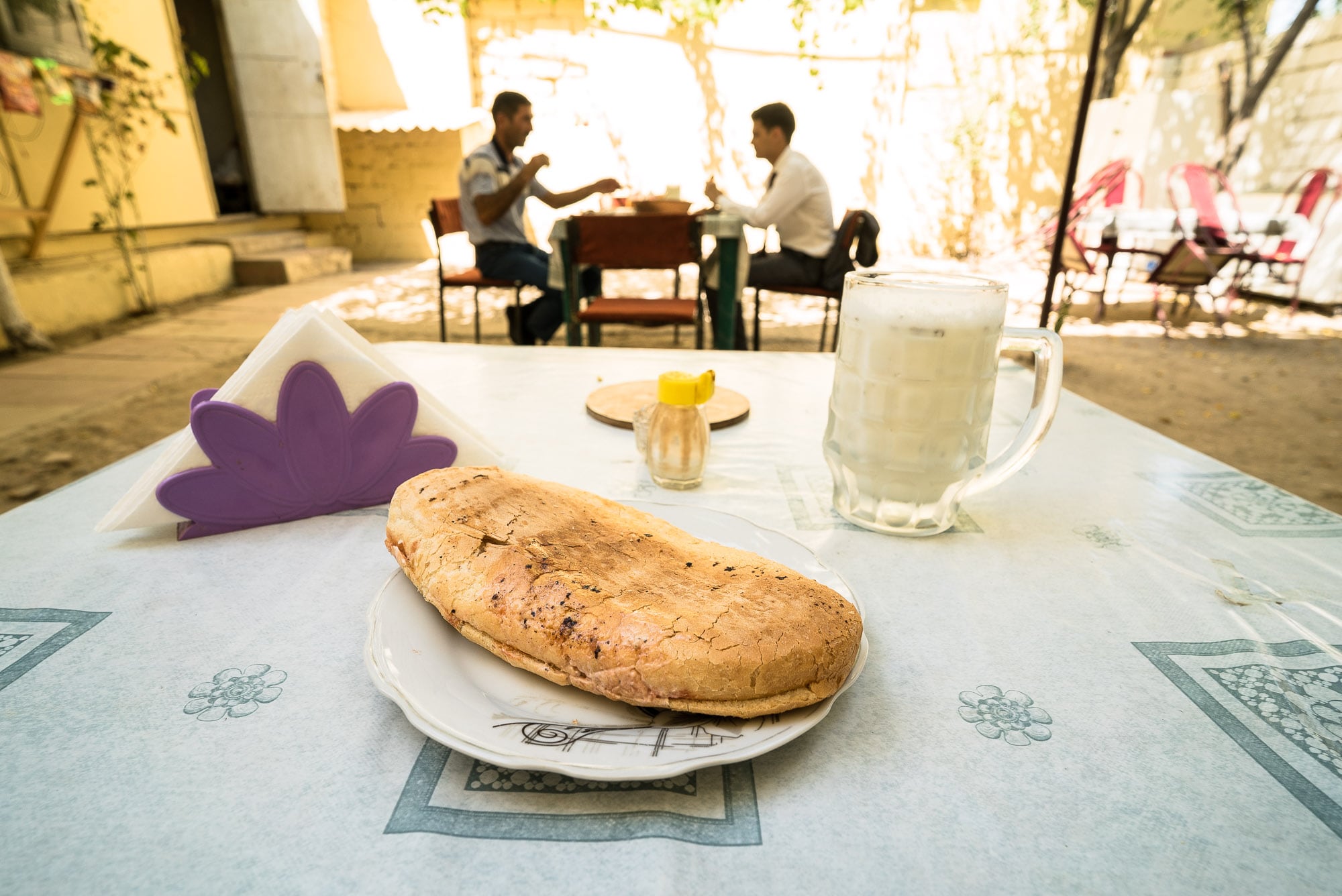