Finally a shower. Finally a bed. Finally some rest. I stayed in all day and sorted through the footage I had taken. I imported all of them first. Then I imported the GPS tracks. I matched up the GPS-data with the time codes of the photos and wrote the information into the metadata. I found the shots that belonged to time-lapses and turned them into collections, stacking them (so they wouldn’t take up too much space in the library). Then I went through the photos and videos and pressed X a bunch of times. X meant “delete”: 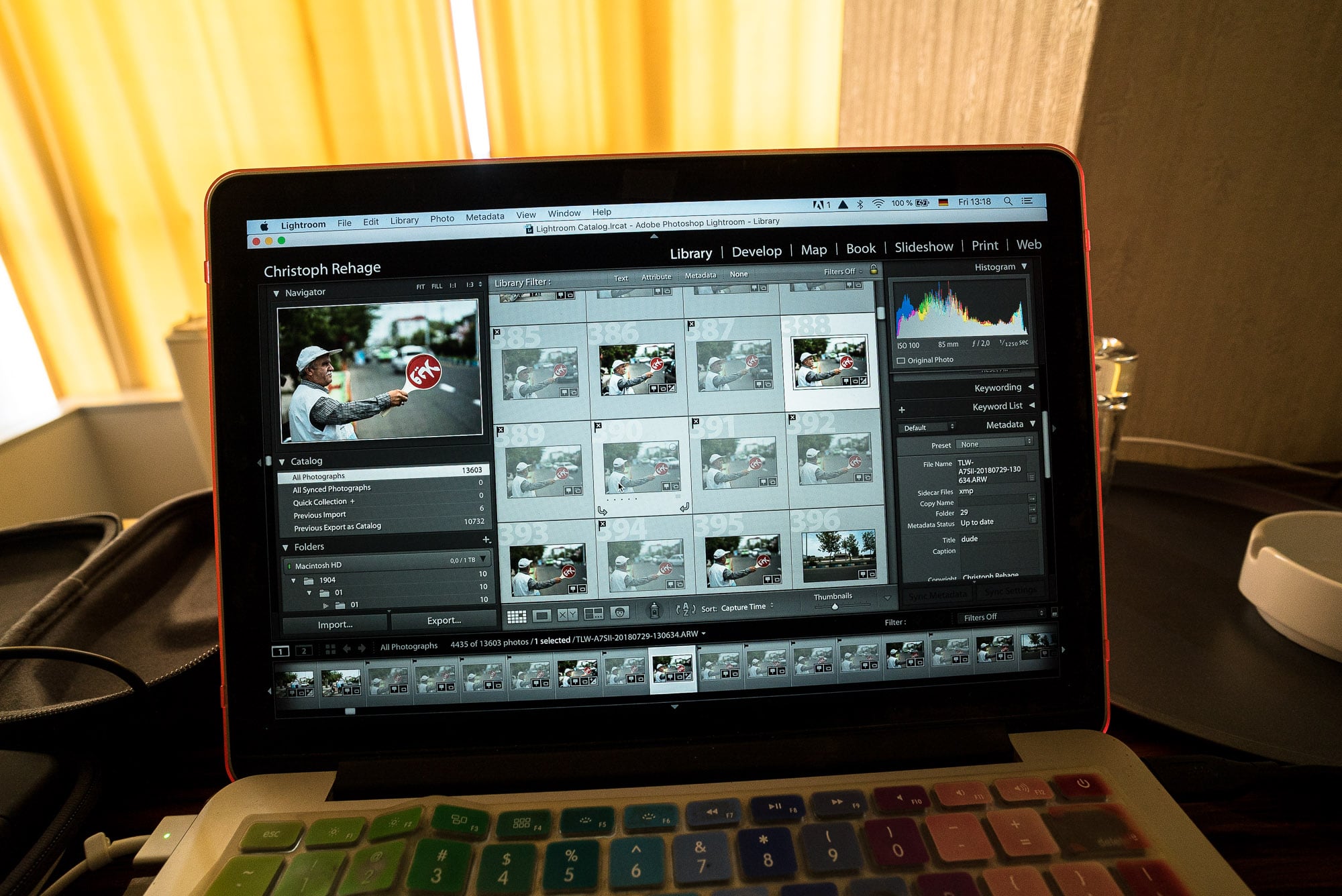 I think deleting your own photos is a crucial part of photography. Not only because it clears up space. But also because it can help you understand why some photos are better than others.