I was surprised when it started coming down: 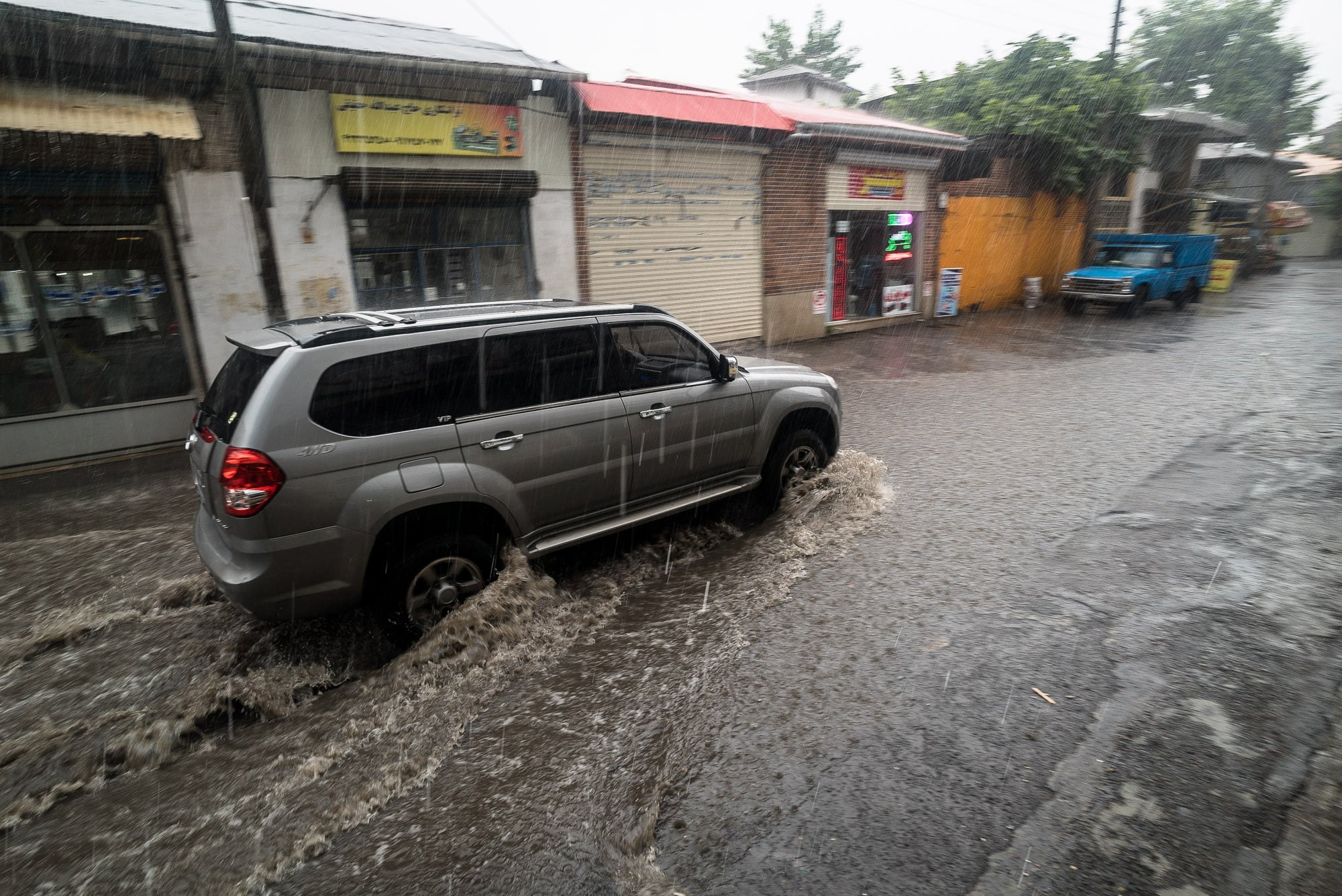 The street in front of the hotel was quickly flooded: 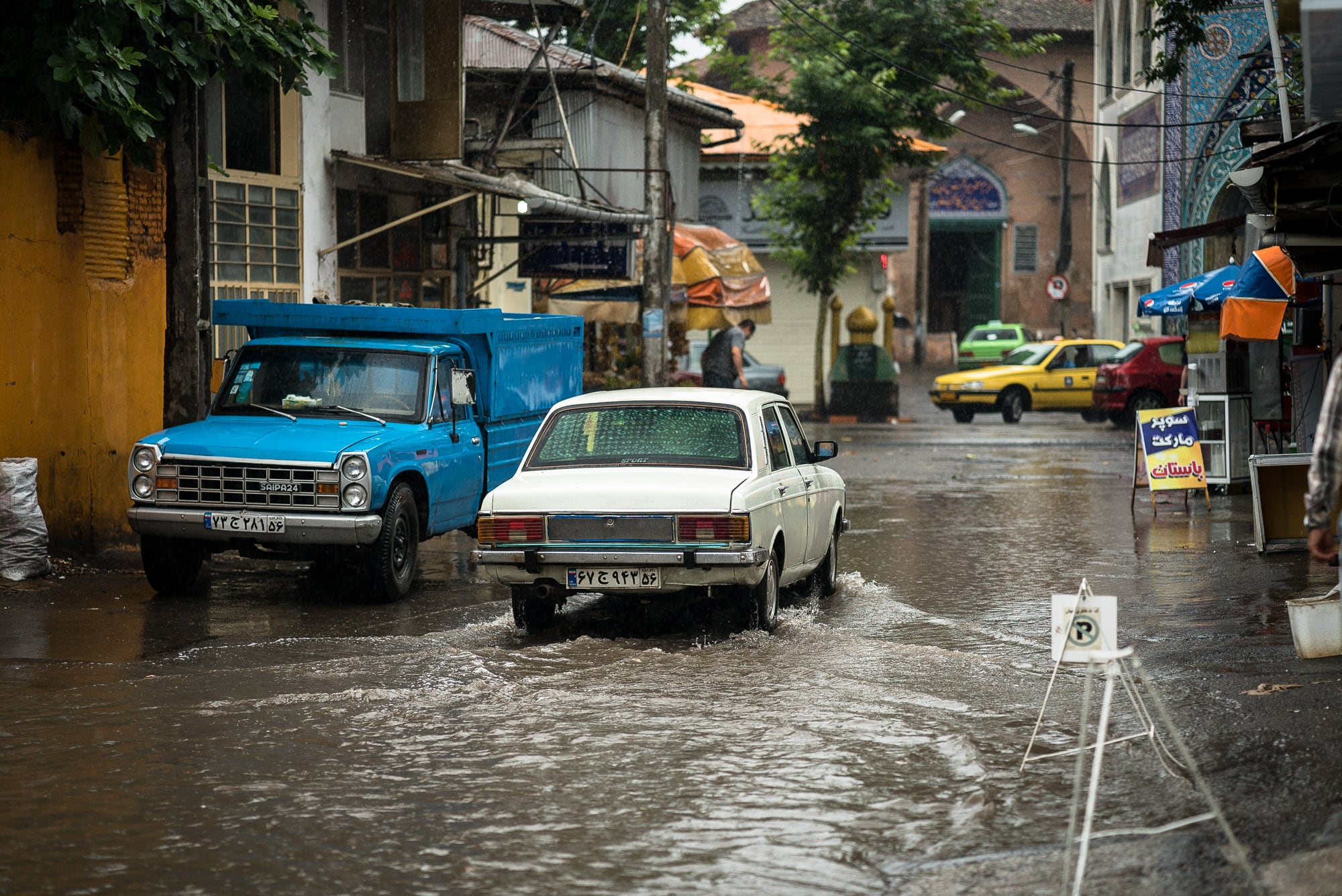 A shop owner tried to open a manhole cover so that the water would drain faster: 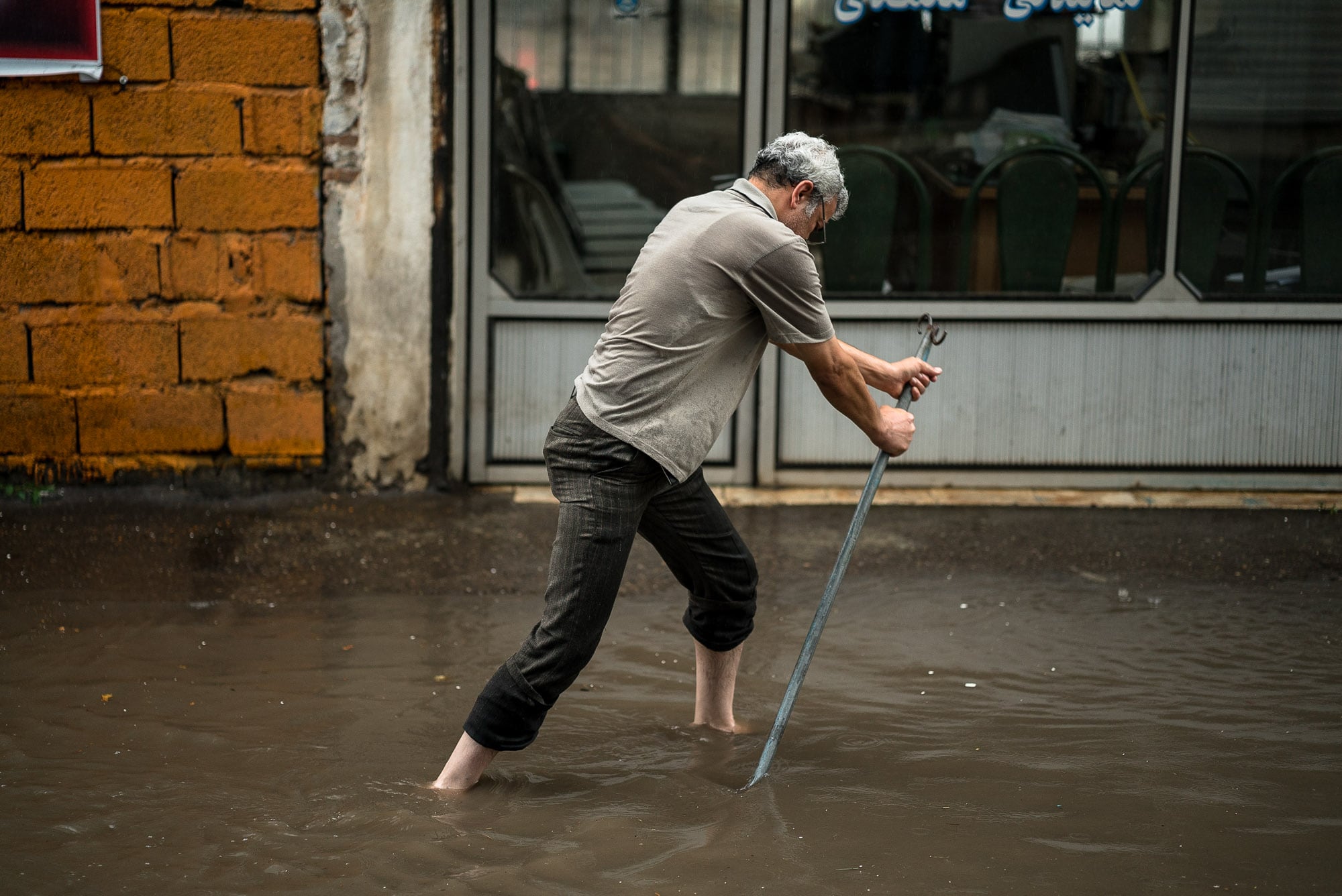 I was happy that I wasn’t out there, walking, and that the Caboose was safely stored in the hotel lobby: 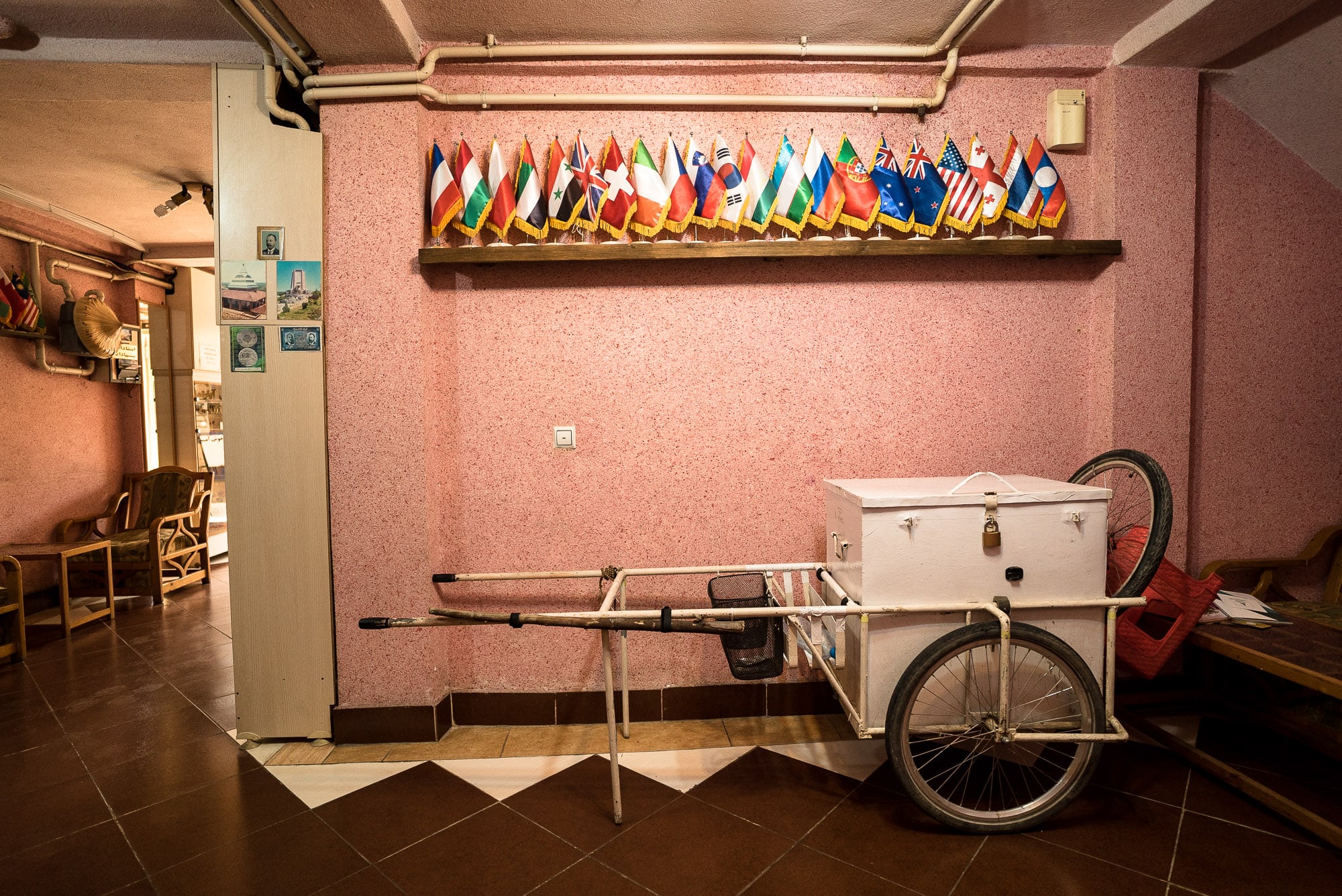 I ordered some cake and some of that good, good expresso that I loved so much: 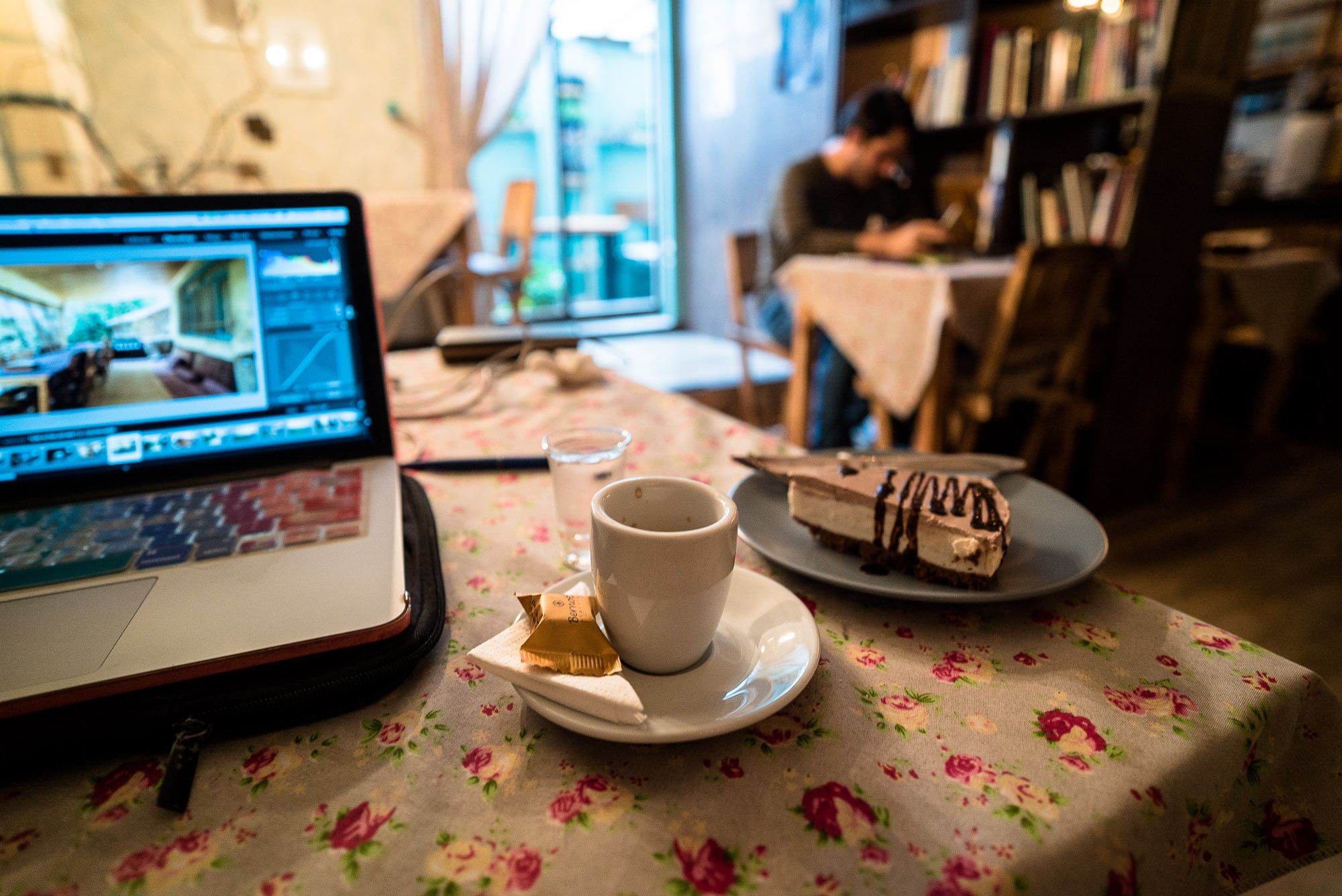 And I worked on some stuff.