Tehran looked busy and big in most places, and often it seemed to be screaming at you at the top of its lungs.

But there was also an old part of town that consisted of tiny little alleys where cars rarely went and where the big city sounds stayed outside: 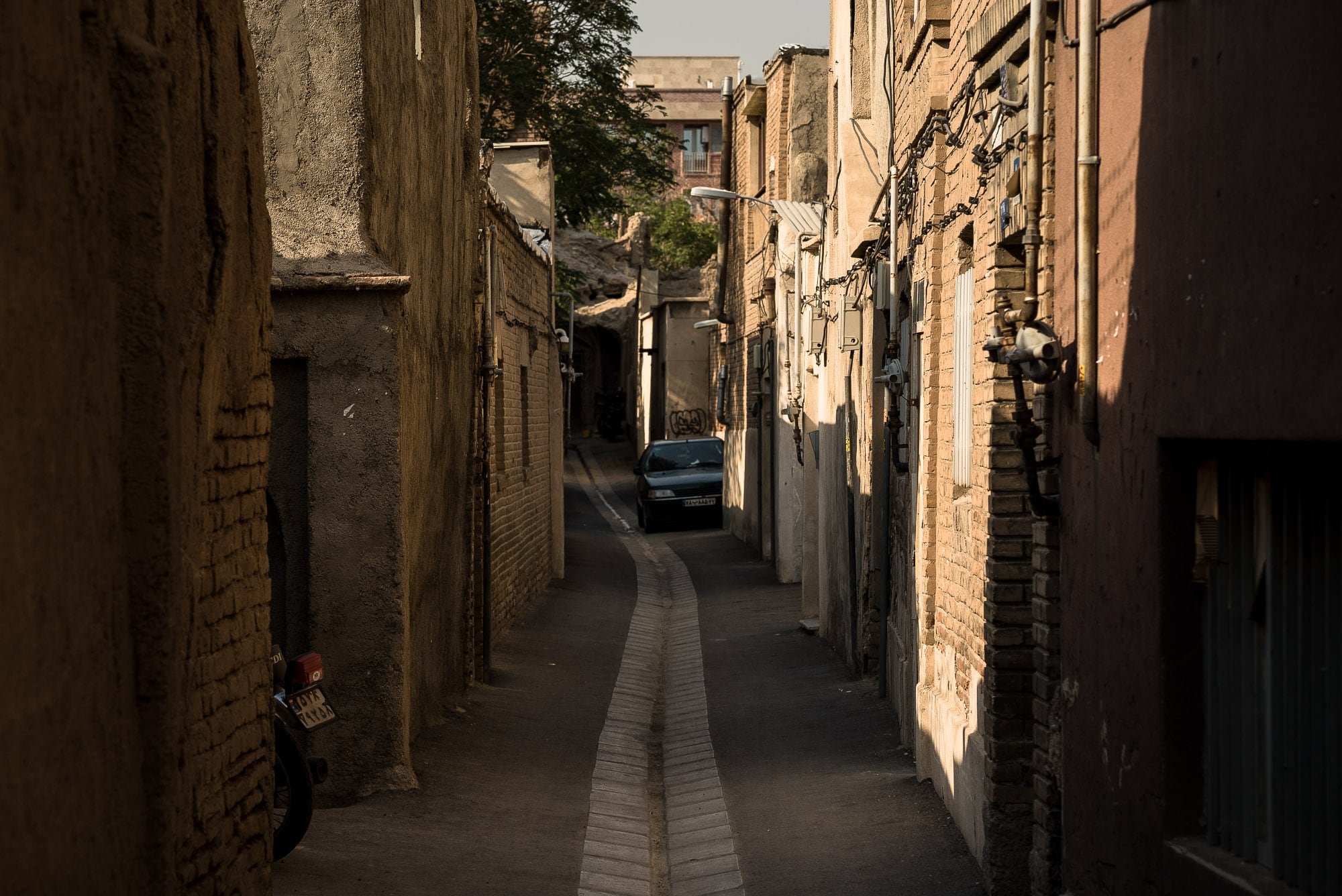 A great place to get lost in: 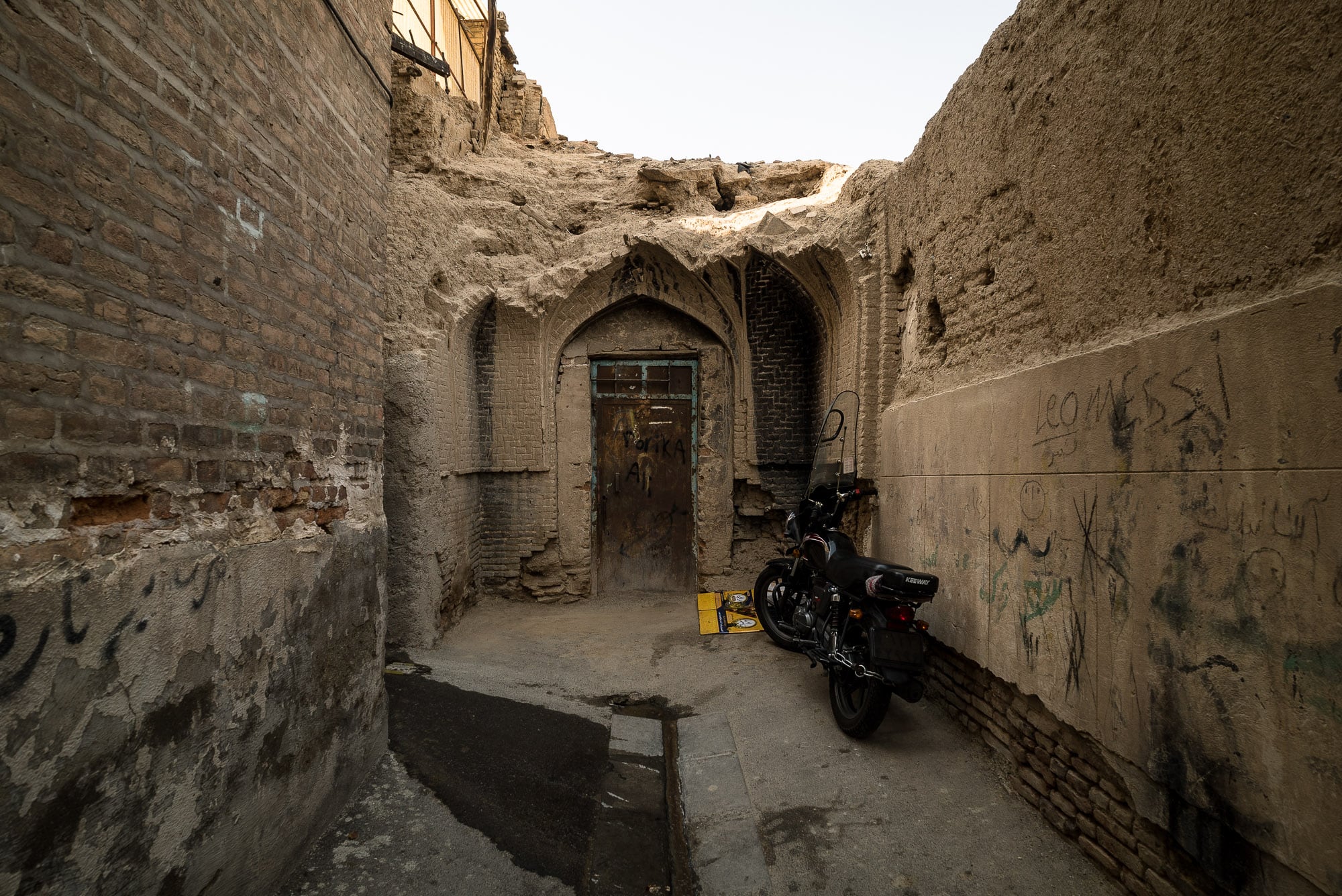 It reminded me of Bukhara or Gorgan.

I realized that following other pedestrians was a bad method to find a way out of this labyrinth: 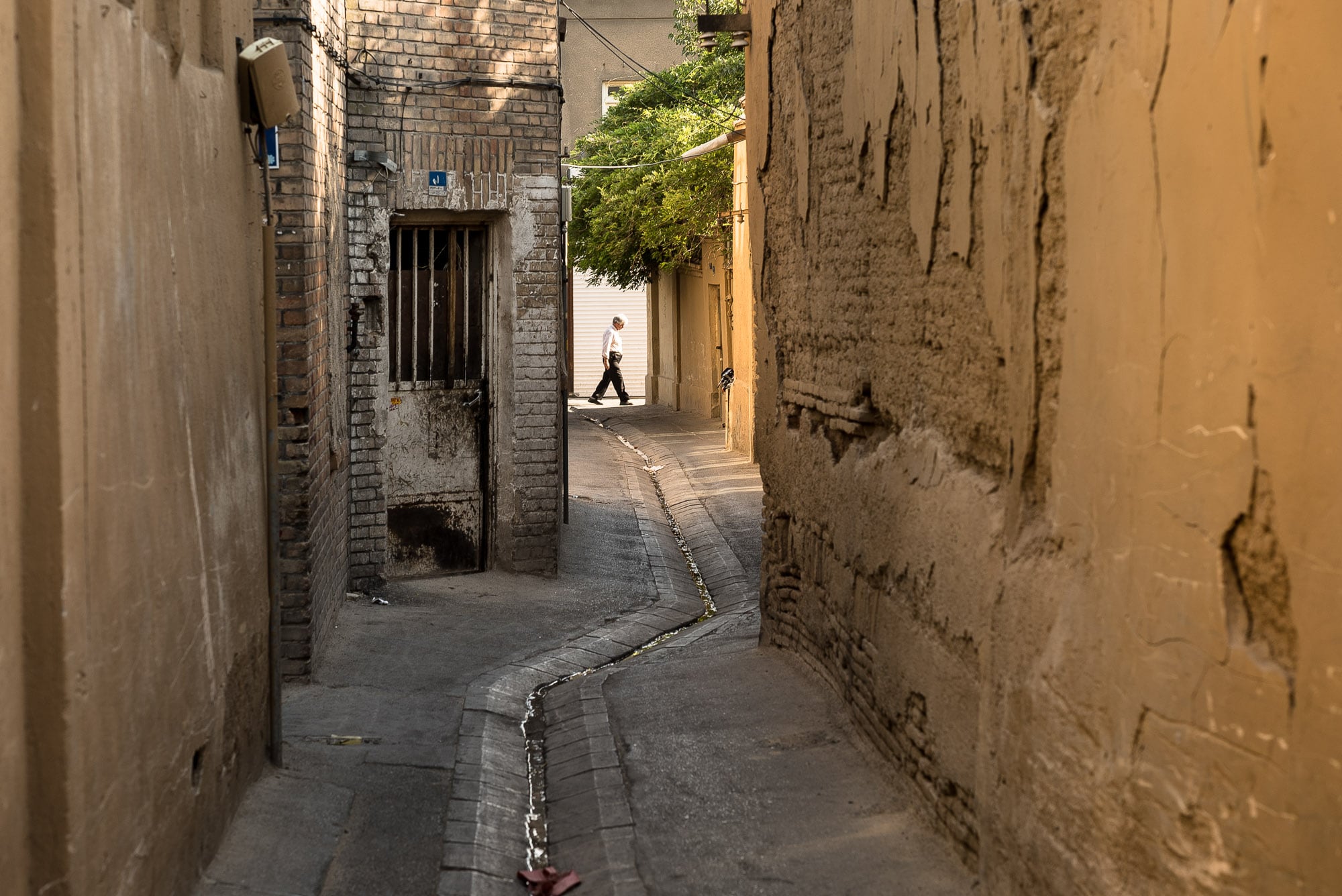 Most of them were not going anywhere. At some point they would just turn a corner and disappear behind a door.

Following the motorcyclists was a better bet: 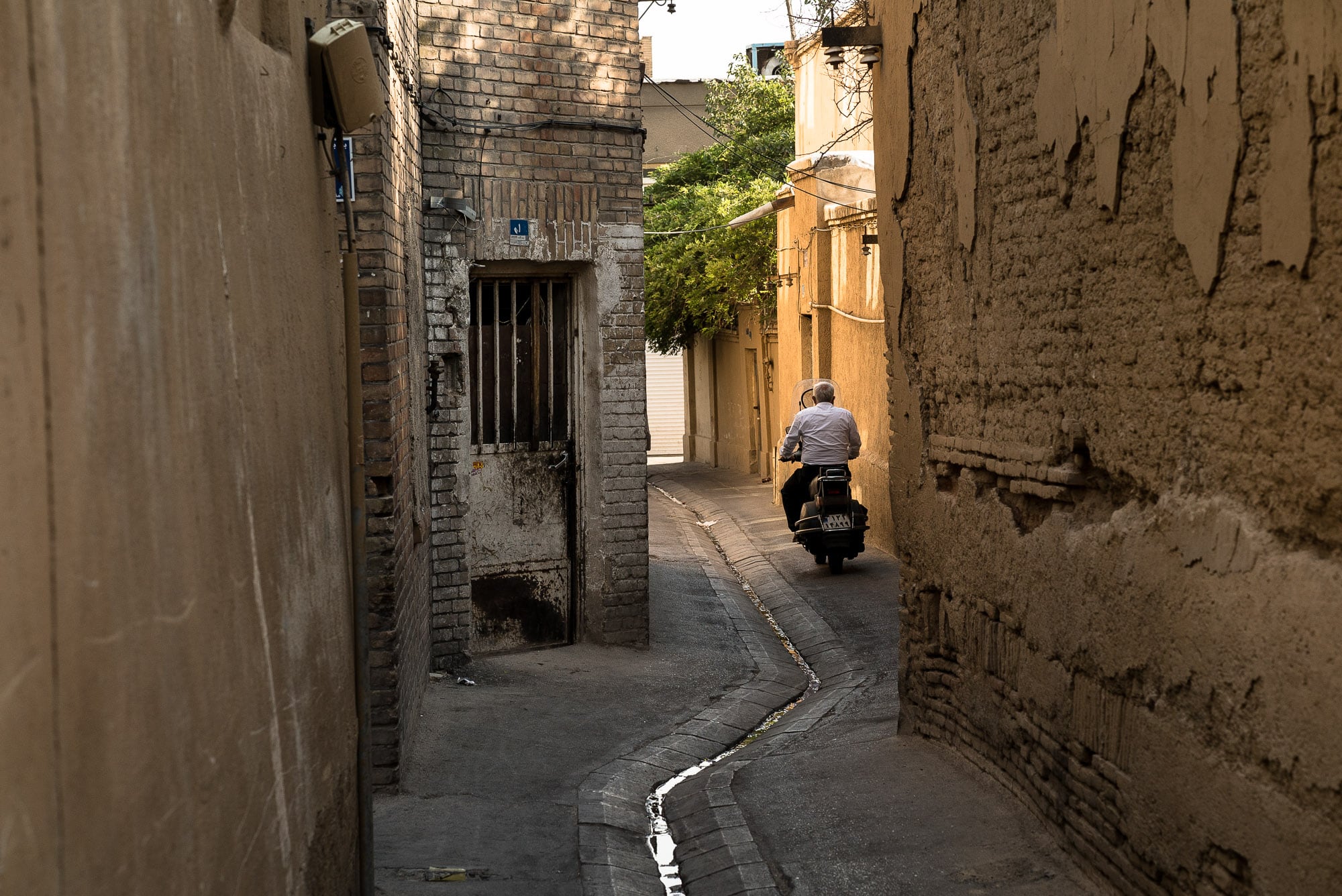 I eventually found a way out: 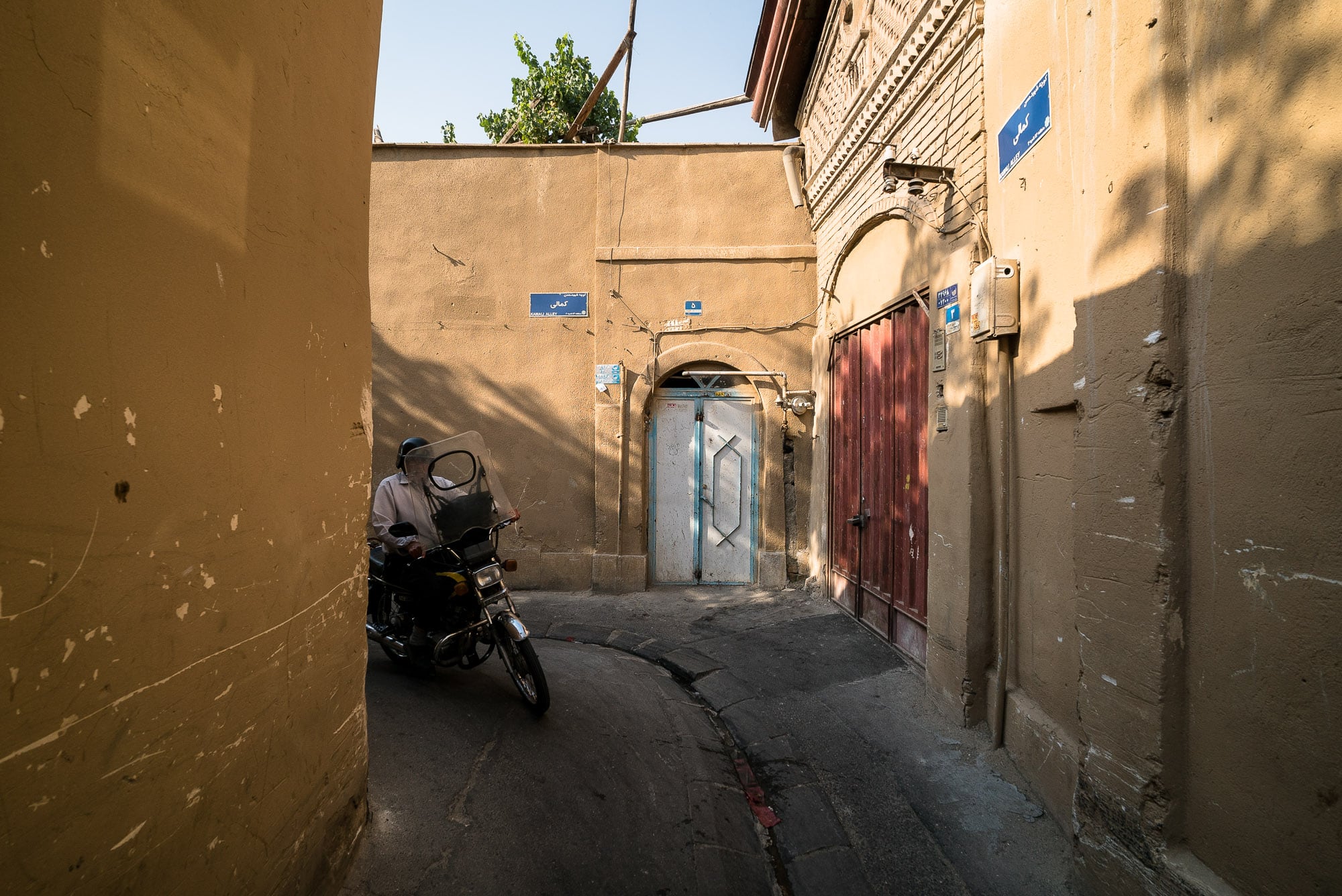 I went back to the metro, and when I did, I noticed something on the plan that caught my attention: 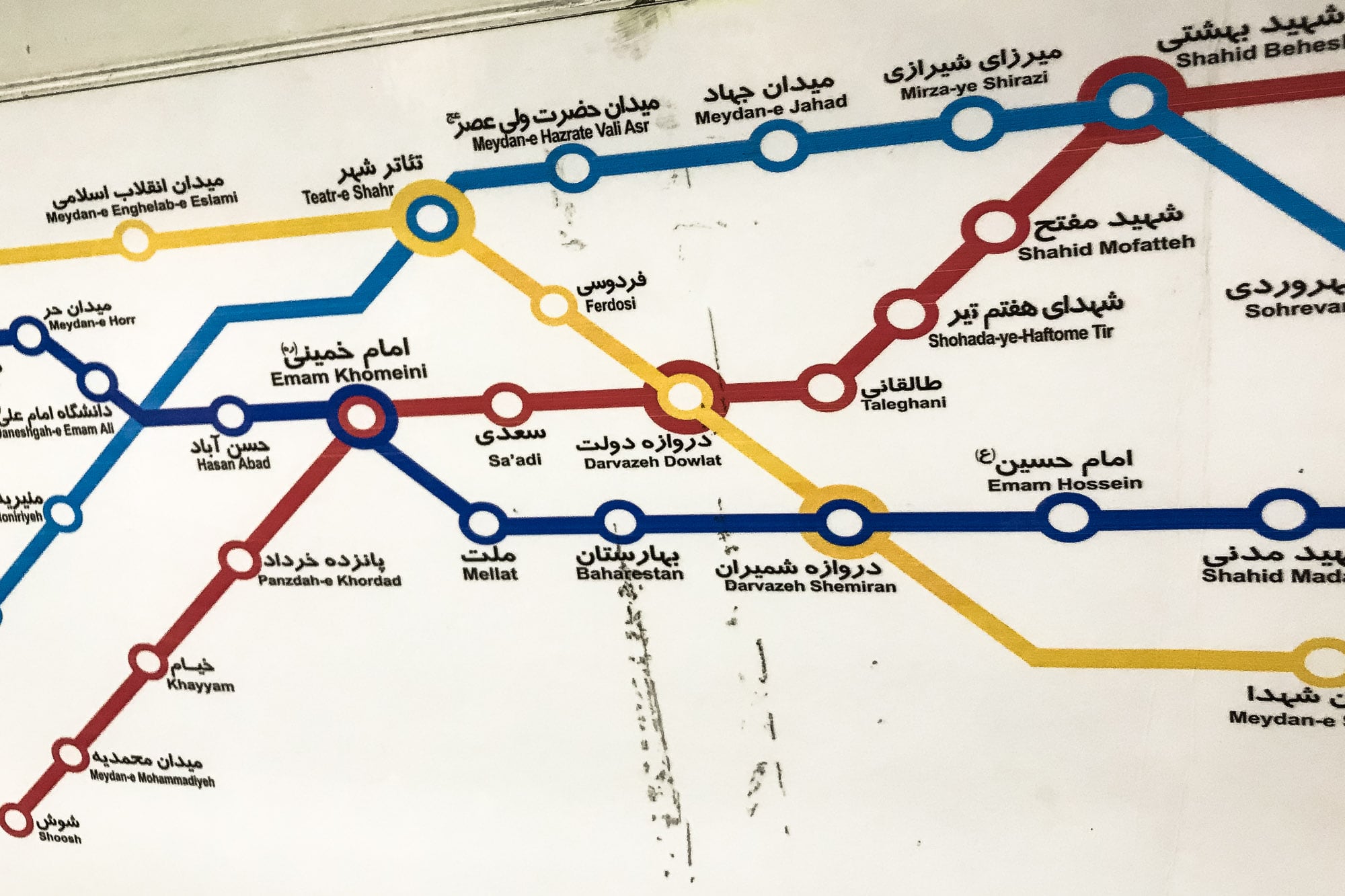 See how, on the dark blue line, there is a small station called Emam Hossein and a massive hub called Emam Khomeini? Emam Khomeini is of course the political and religious leader who founded the Islamic Republic of Iran. But the other one, Emam Hossein (or: Imam Hussein) is one of the most important figures in Shia belief. People have been coming together to tearfully mourn his death every year for centuries.

I found this rather interesting.

Leaving the old part of town meant going back to the modern, the sprawling, the ever growing new body of Tehran: 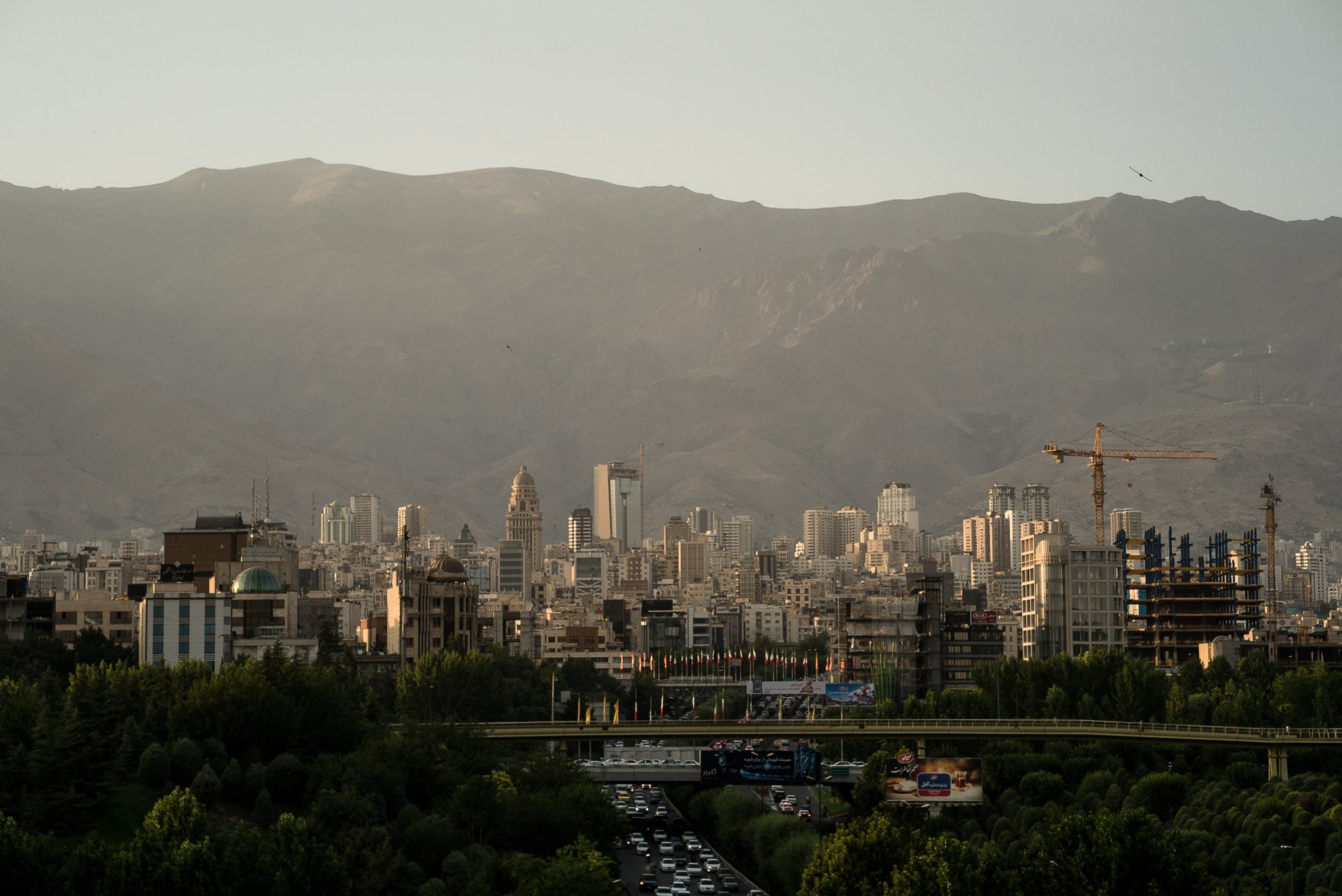 It reminded me of cities in China: 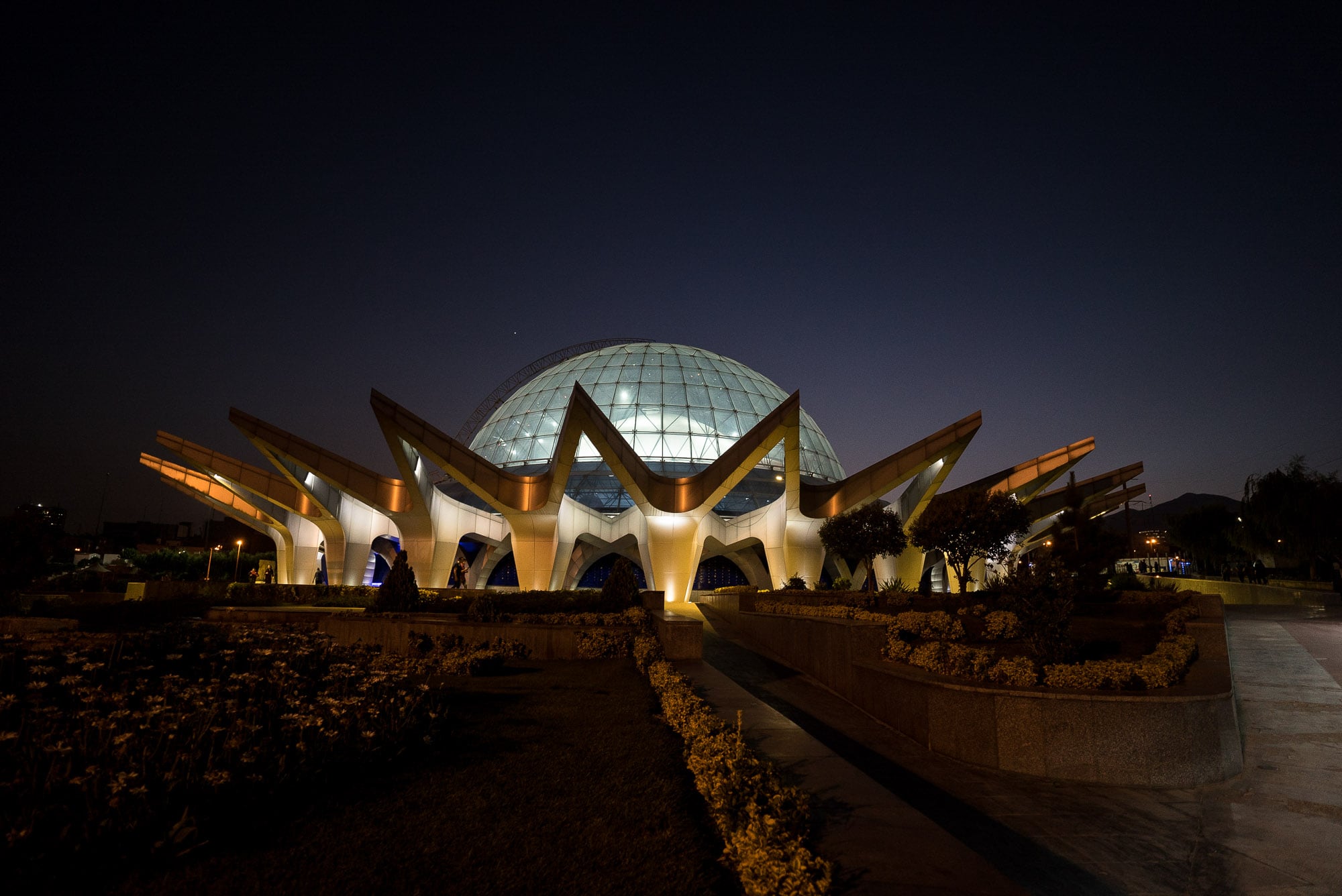 And I was wondering if, like in China, the old part of town, the tiny alleys with their tiny buildings, would eventually have to go. Because big was apparently better than small.