My research on the travel site Caravanistan had led me to a restaurant that I wanted to try. It was called Gol Rezaeih, and it was apparently 75 years old: 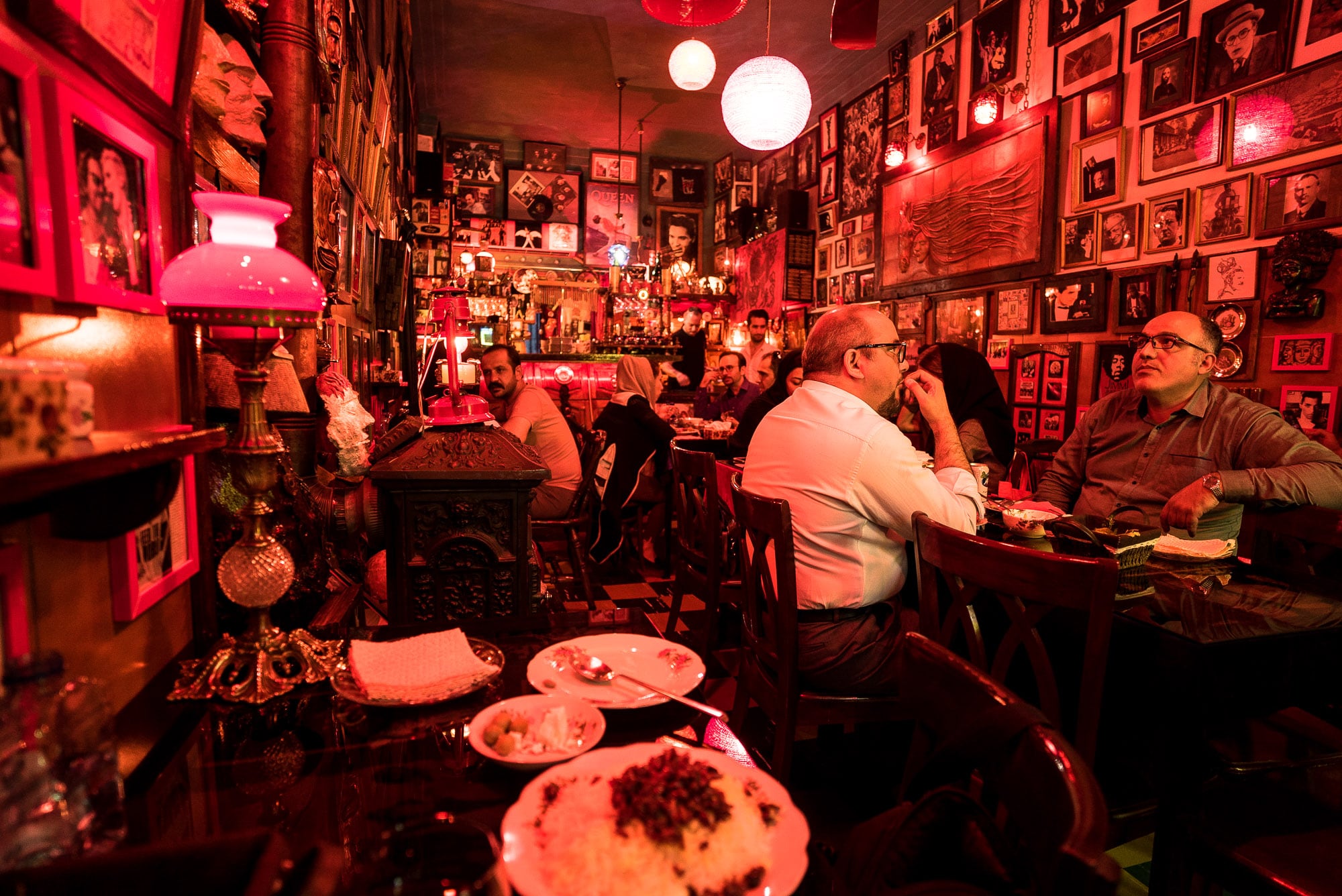 It turned out to be awesome. The atmosphere, the food, and the fact that it was still there. I loved it.

Tehran was very different from other places in Iran. In the villages I would sometimes go a long time without even as much as seeing a female member of my species. In the cities I would see more of them, and sometimes I would see them flirting or holding hands with men, but it wasn’t much. Here in Tehran, I saw a lot of it: 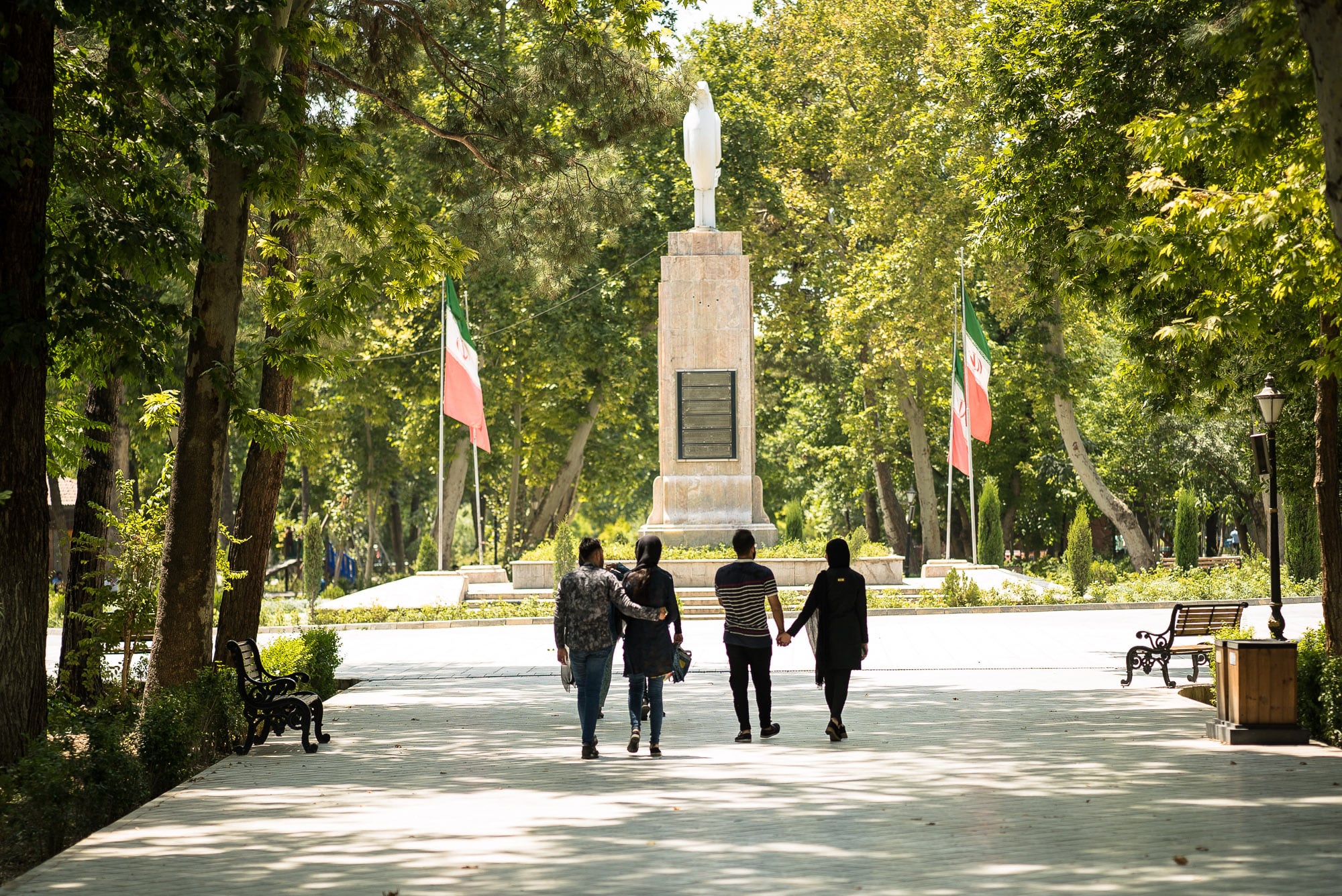 There had been news of a general strike at the Reza Great Bazaar a few days earlier, so I went there to check it out. It looked totally normal: 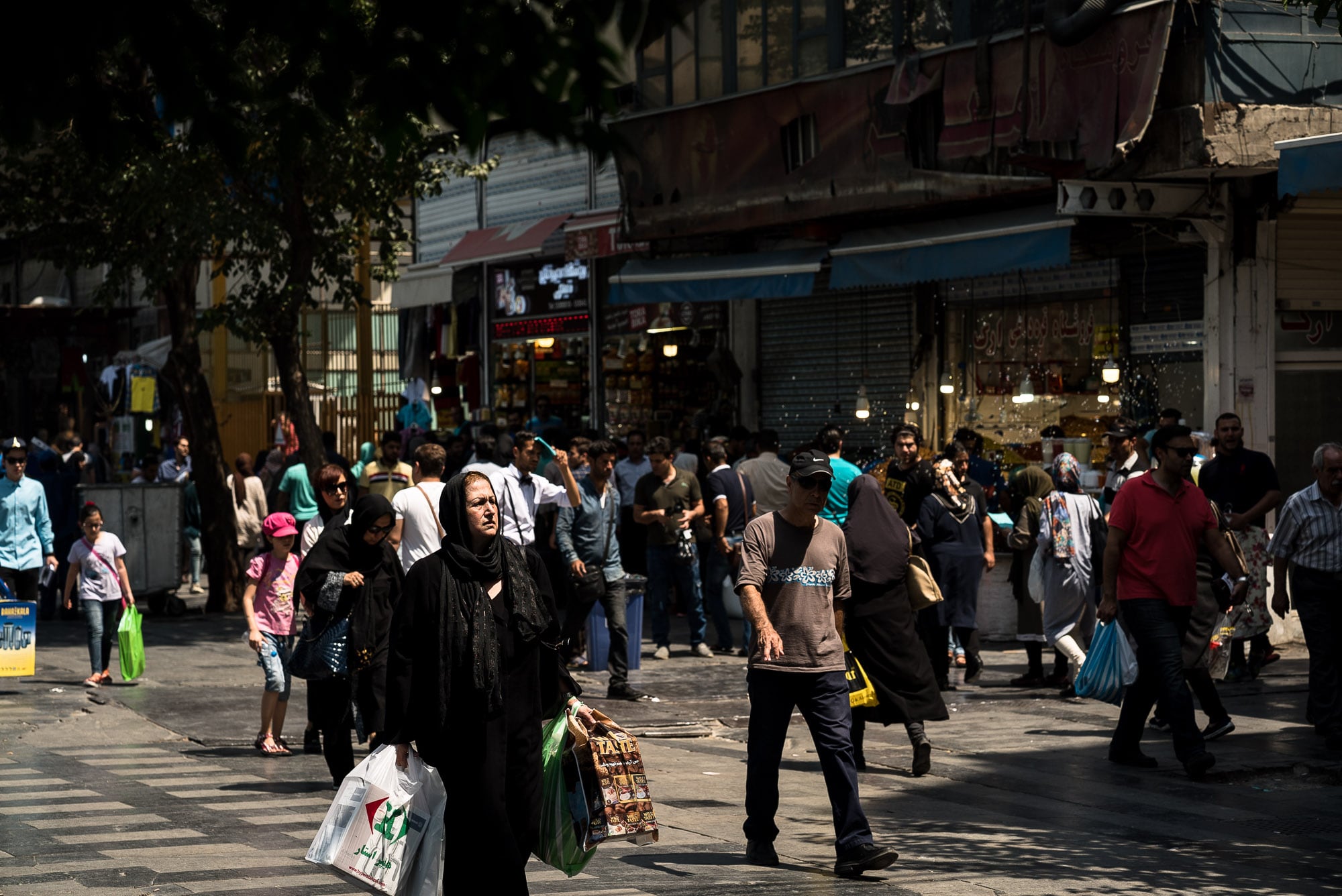 I didn’t venture all the way into the depths of the bazaar, but from what I saw it was all business as usual: 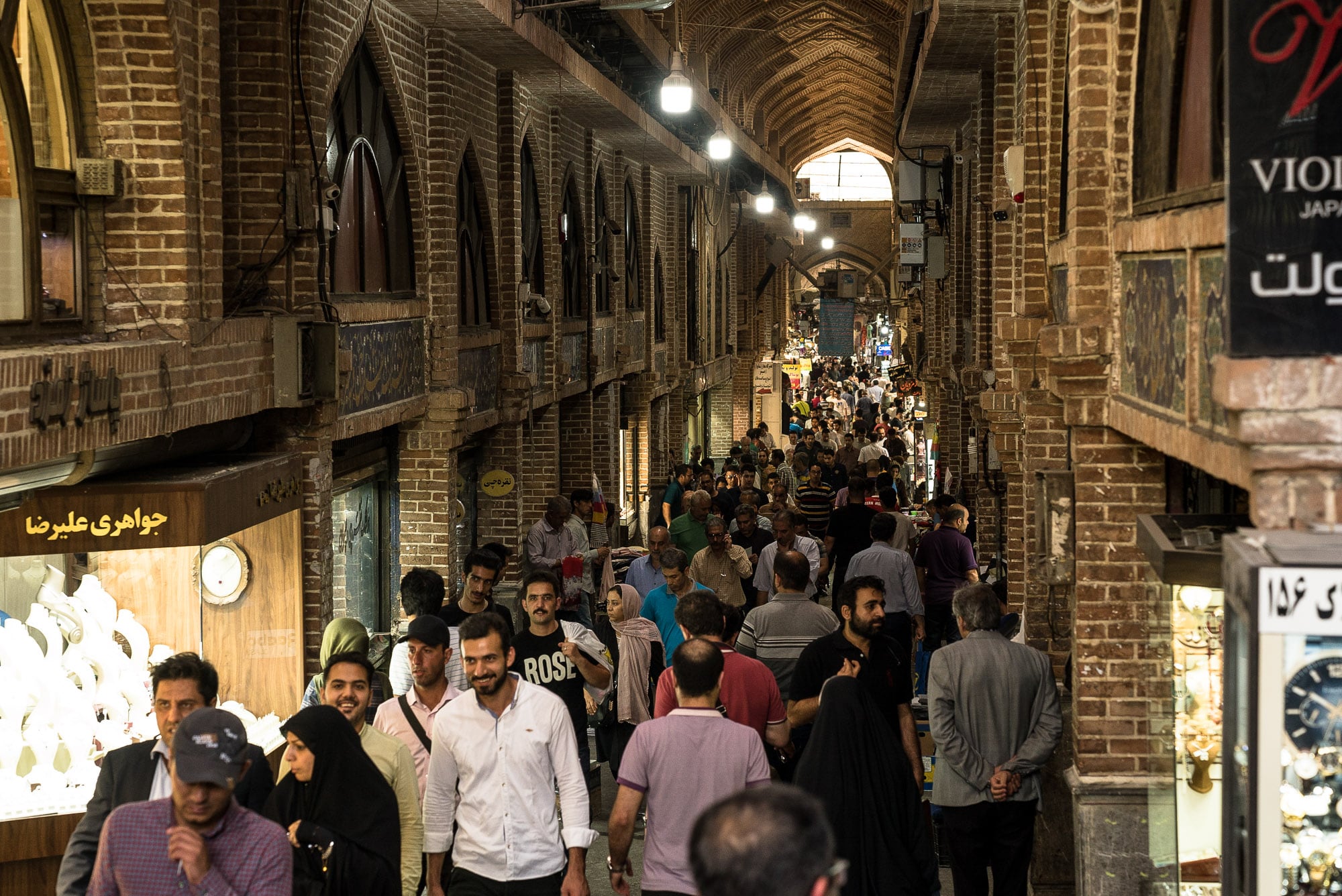 Maybe the protests had only lasted for two or three days?

I went to Tehran’s main palace from there. It was called Golestan, and just like the other palaces it was a park with several individual buildings. One of them had a throne: 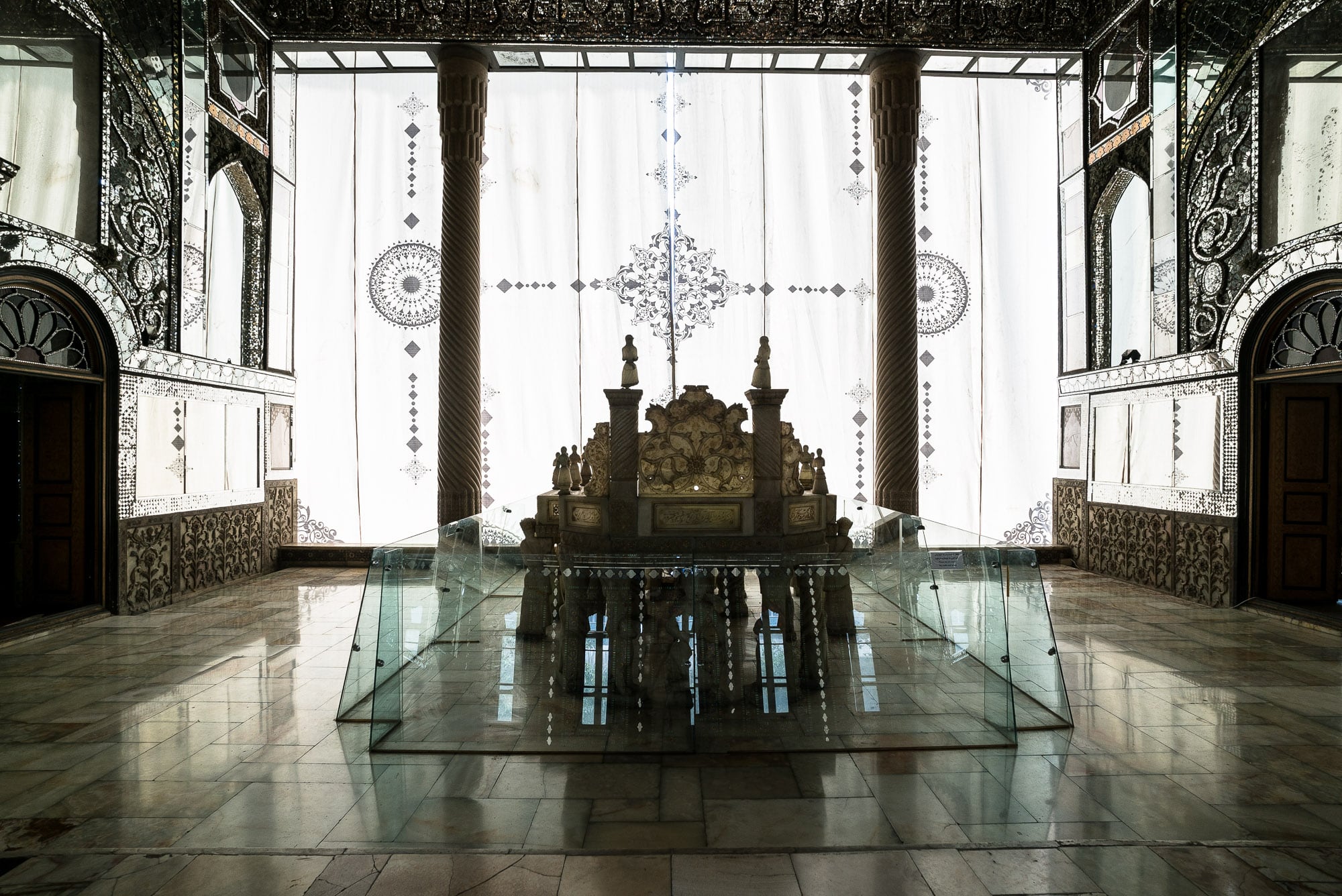 The throne had little statues on its sides: 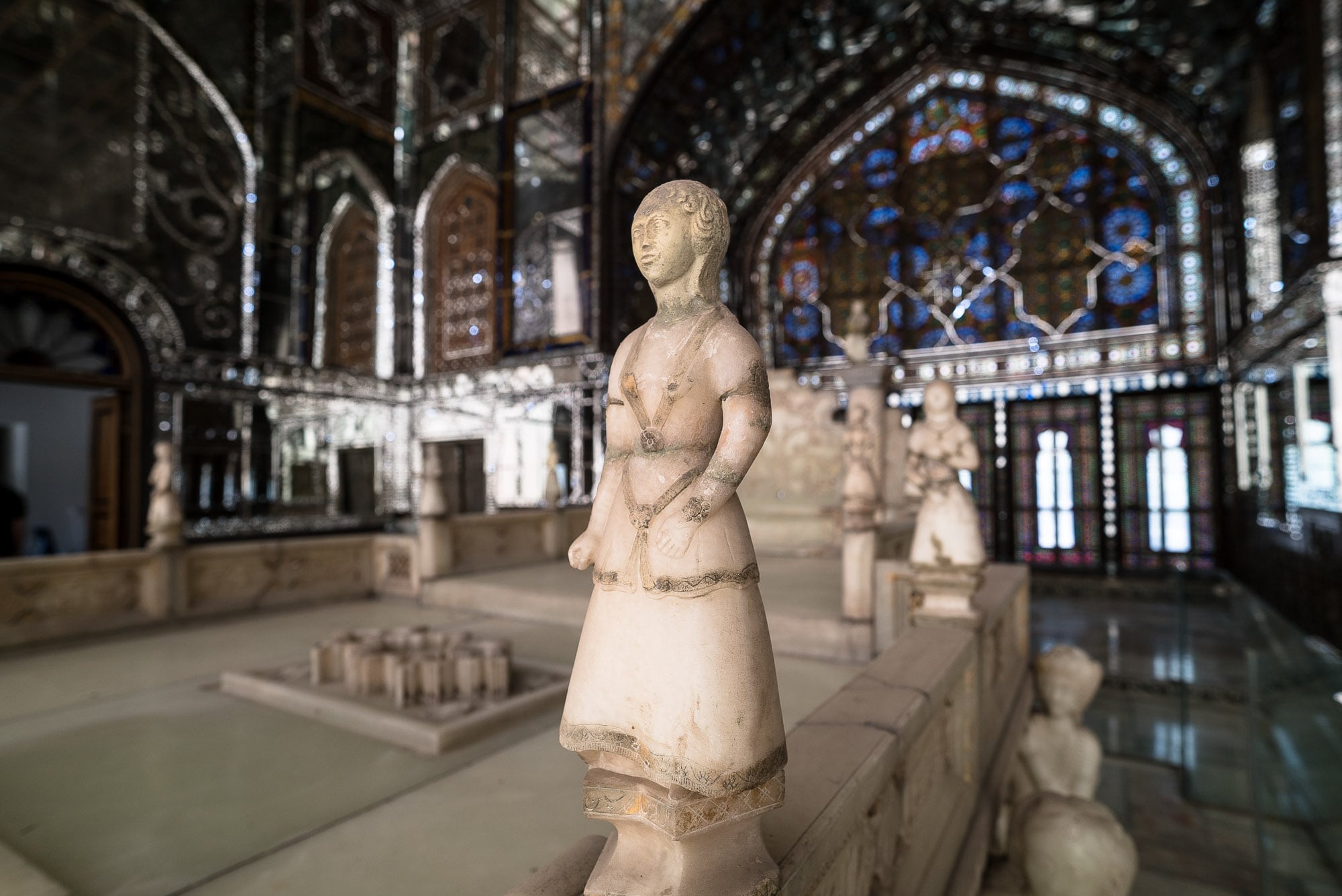 I found them quite charming.

The rest of the palace reminded me of Donald Trump’s apartment, just maybe a bit less tacky: 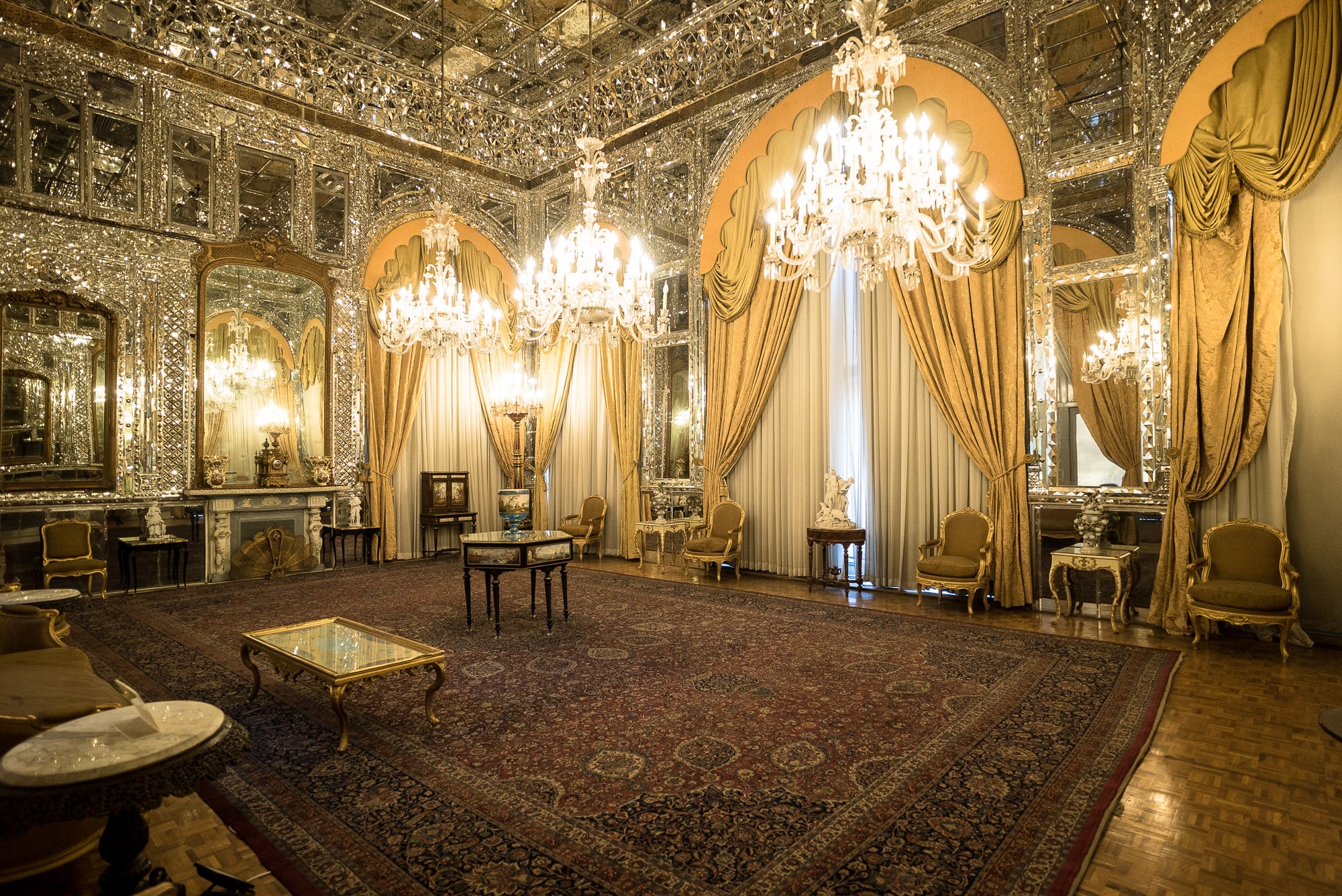 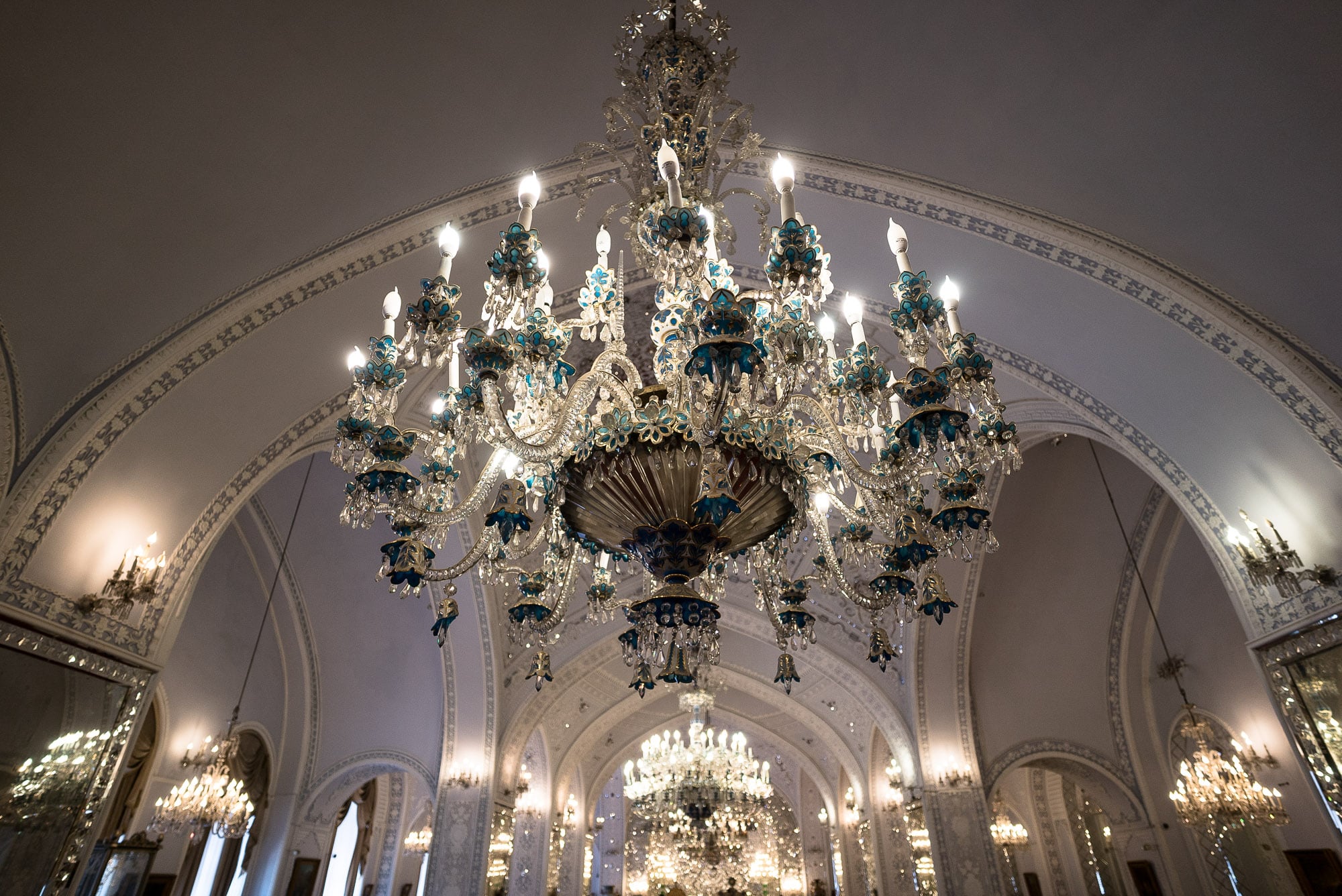 There were large reception halls: 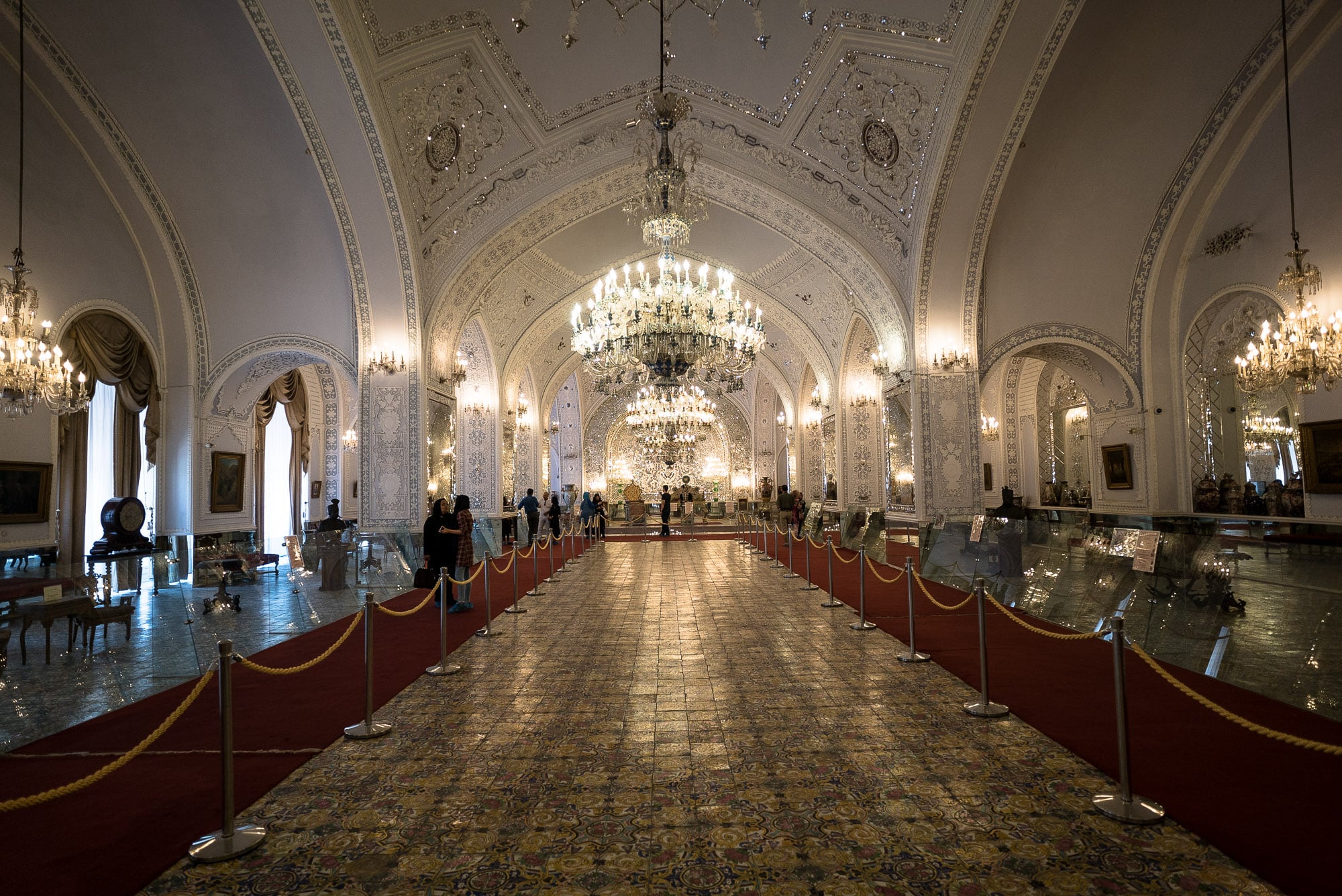 There were rooms full of paintings of what appeared to be members of the royal family: 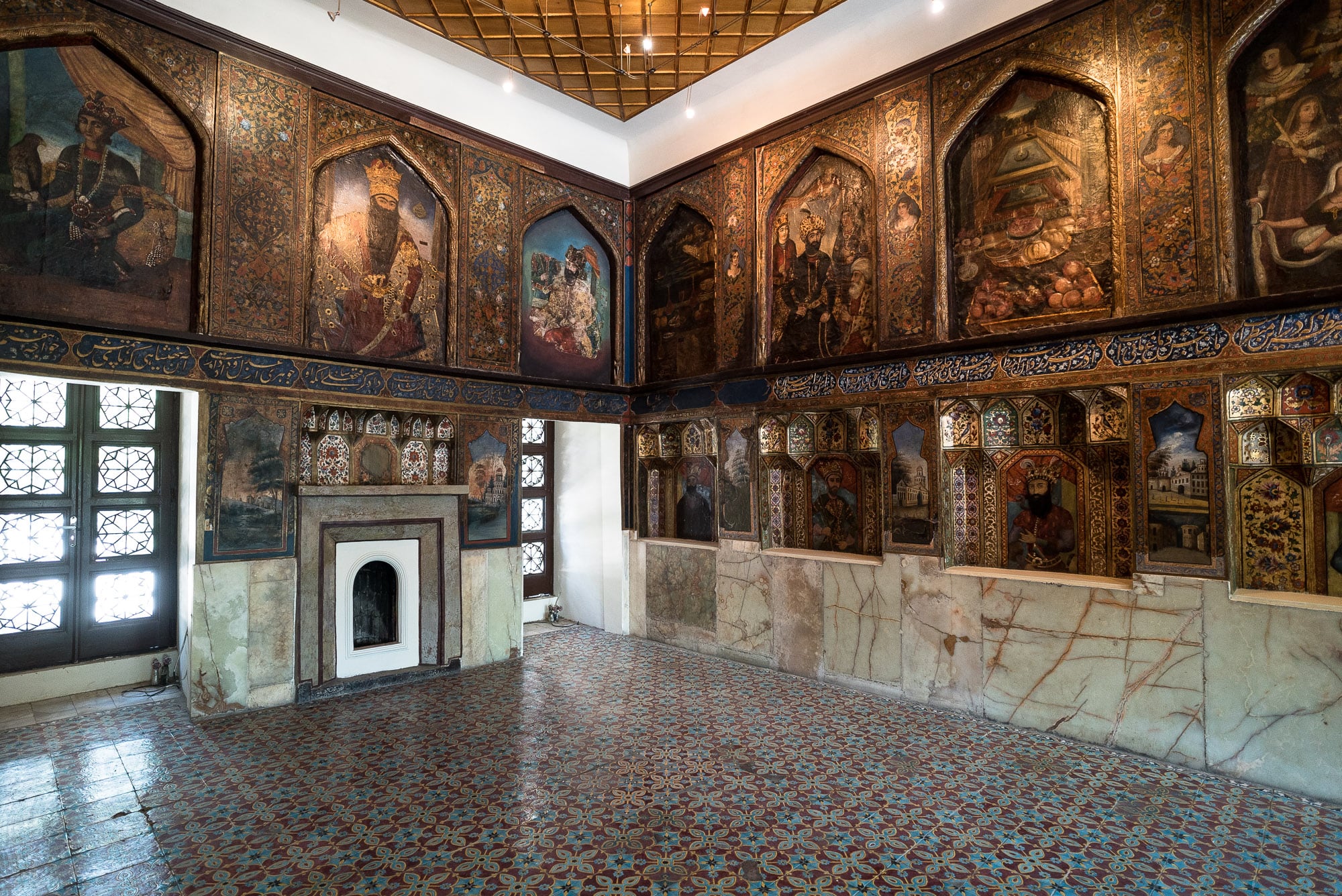 And there were rooms that were so blingy that just being in them seemed like an insufferable task: 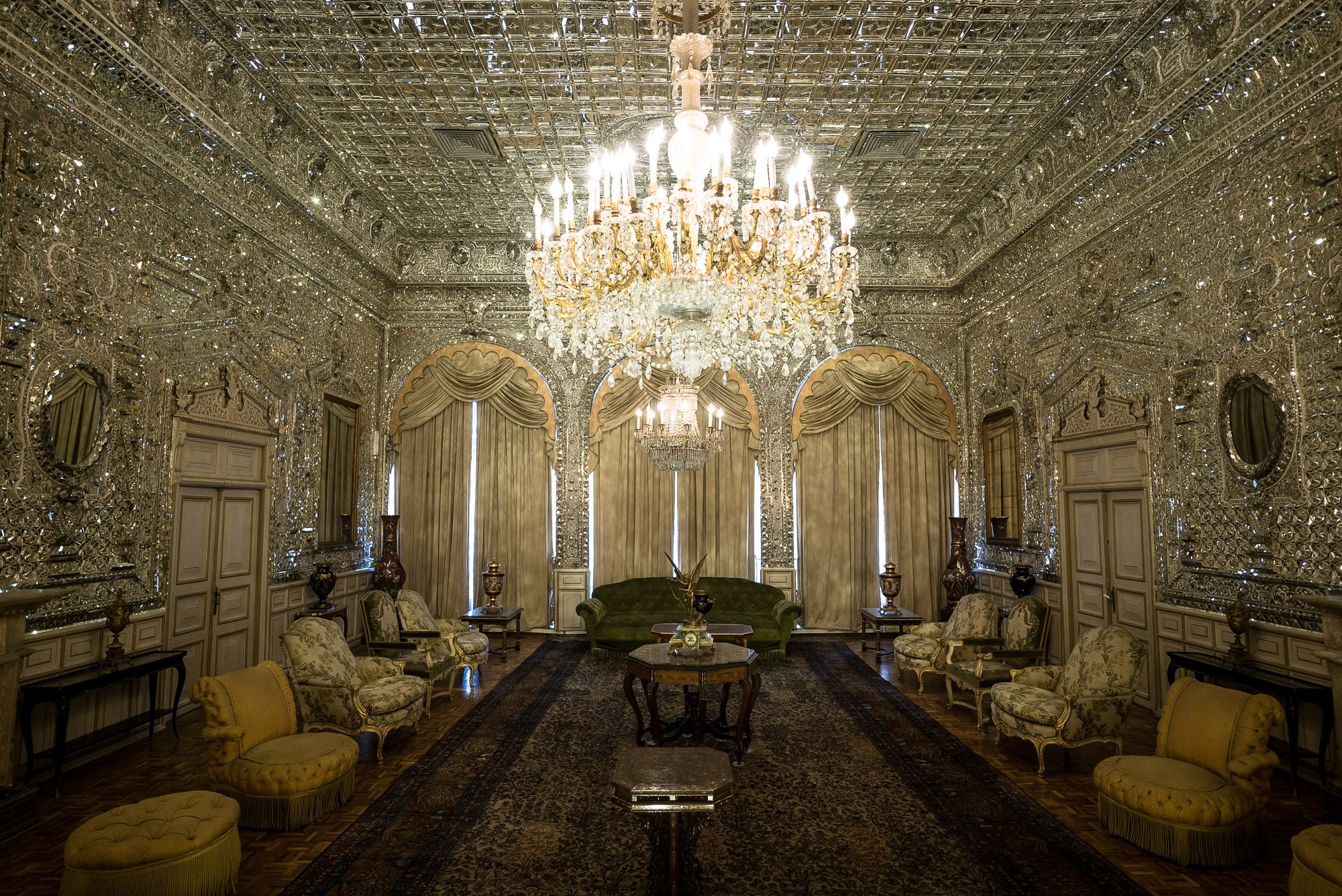 I walked around in the park for a while after that, and it was the first time in Iran that something actually reminded me of the old PC game Prince Of Persia: 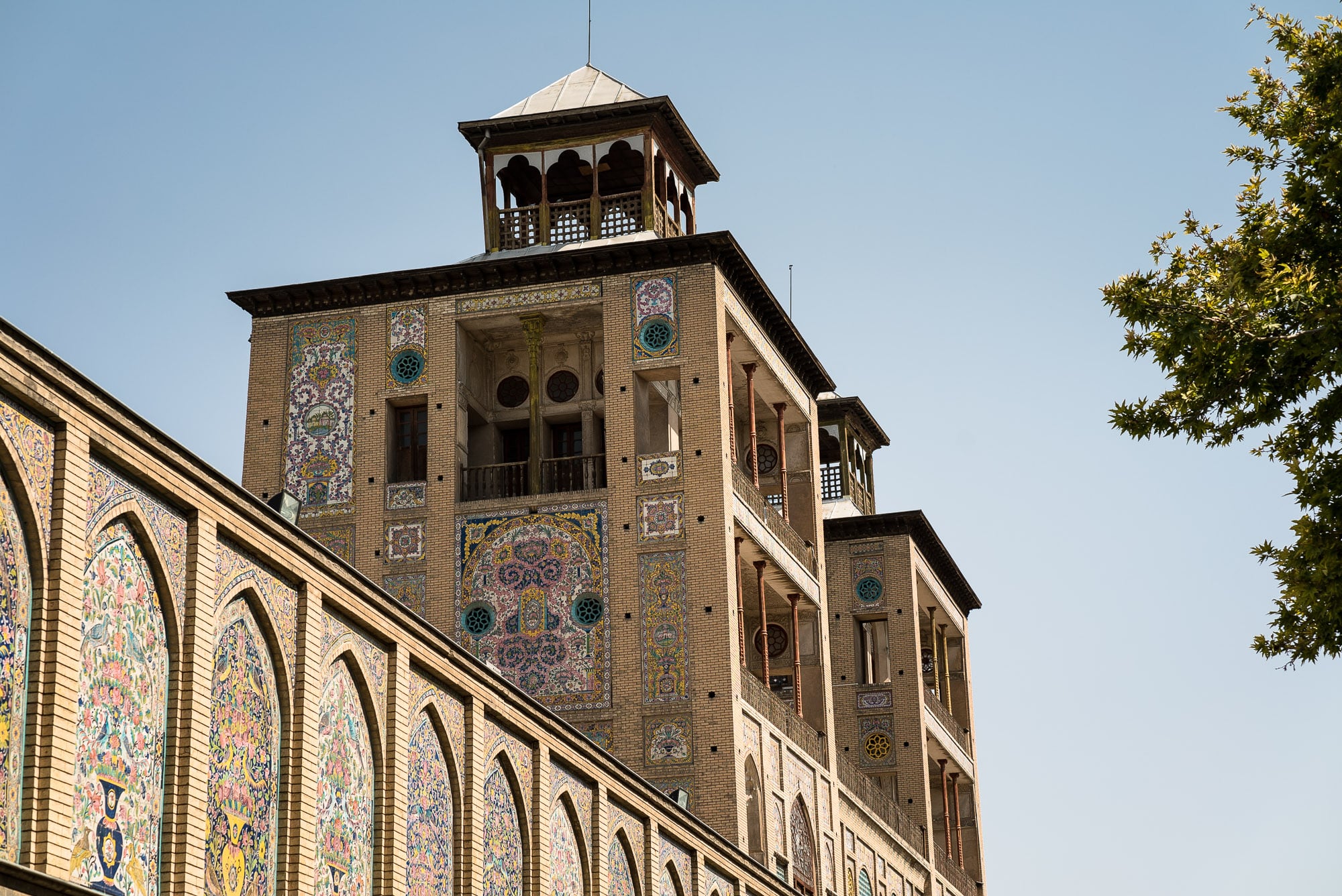 Of course things had changed a lot since the time of the Shah, and if we were to believe some of the old paintings, the palace had looked much more impressive before: 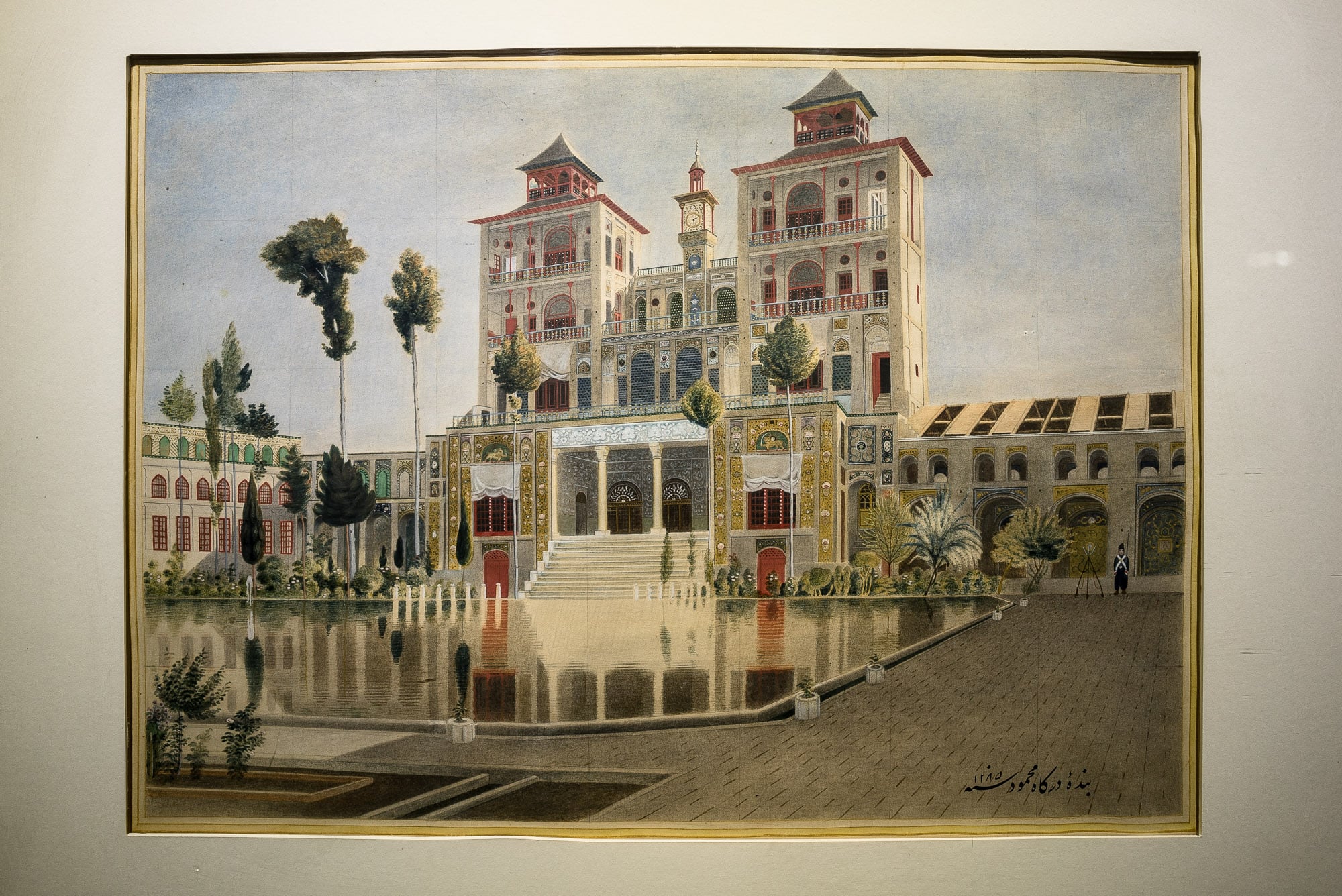 Today, the thing that I found the most impressive about Tehran was the sight of so many young people holding hands.