Being in Tehran felt a bit less intimidating today, so I ventured out on my own. There was a massive inner-city highway that I had to cross on my way to the nearest subway station: 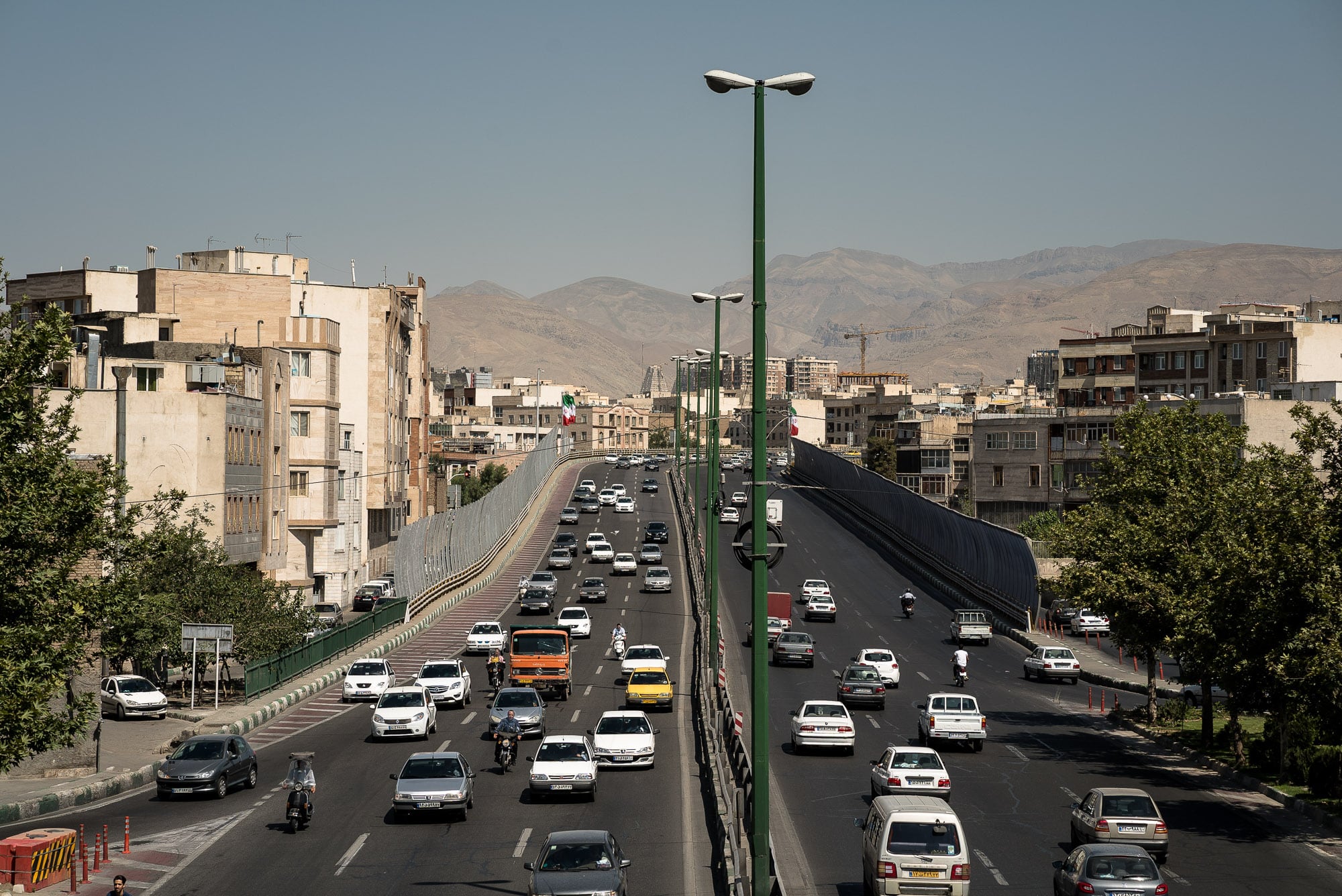 I was glad I had not taken the Caboose to Tehran. 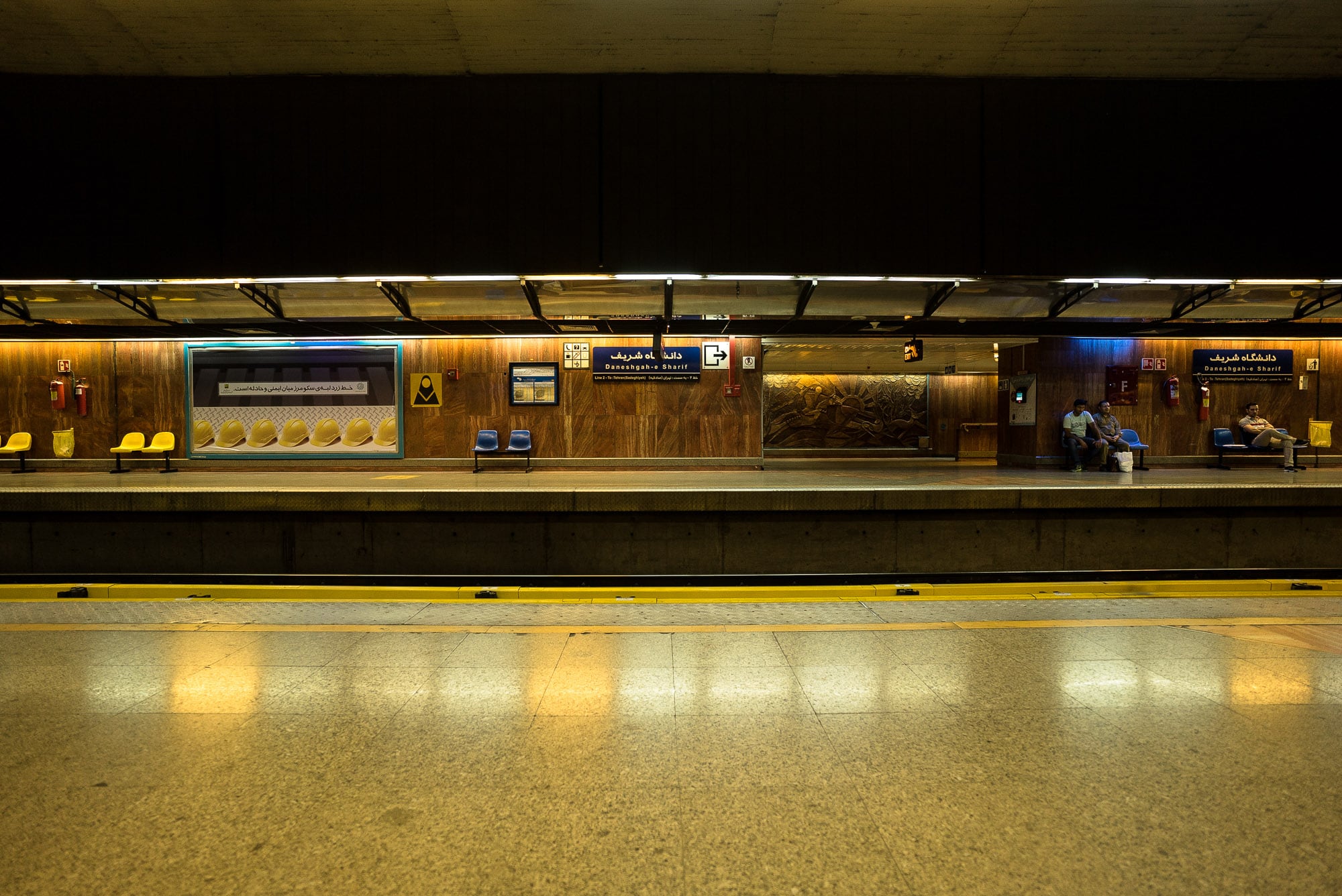 IF one was to ignore the political propaganda everywhere: 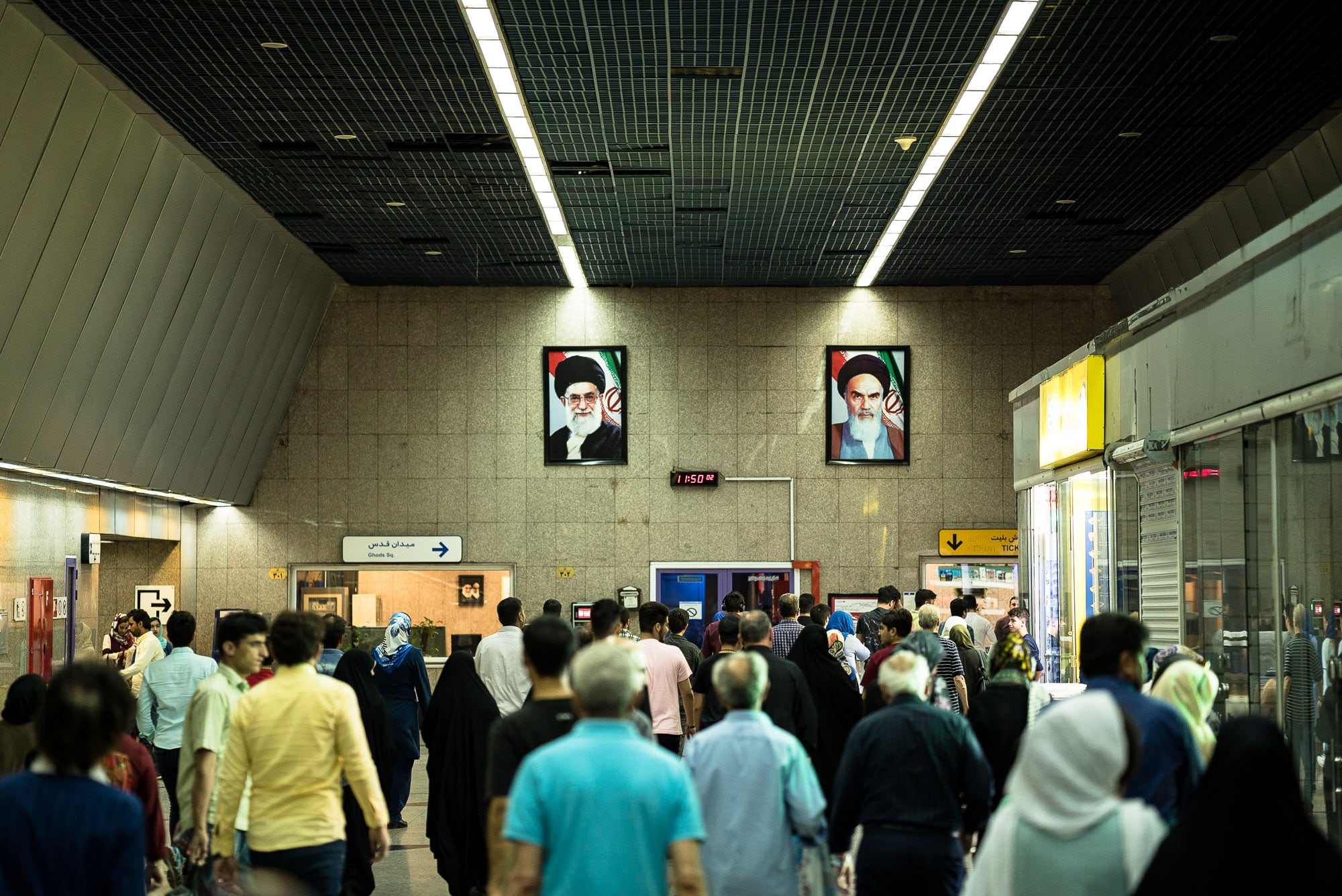 I went to Saadabad, the former Shah’s summer residence, which was near Darband in the north of the city. It was basically a park with a bunch of villas: 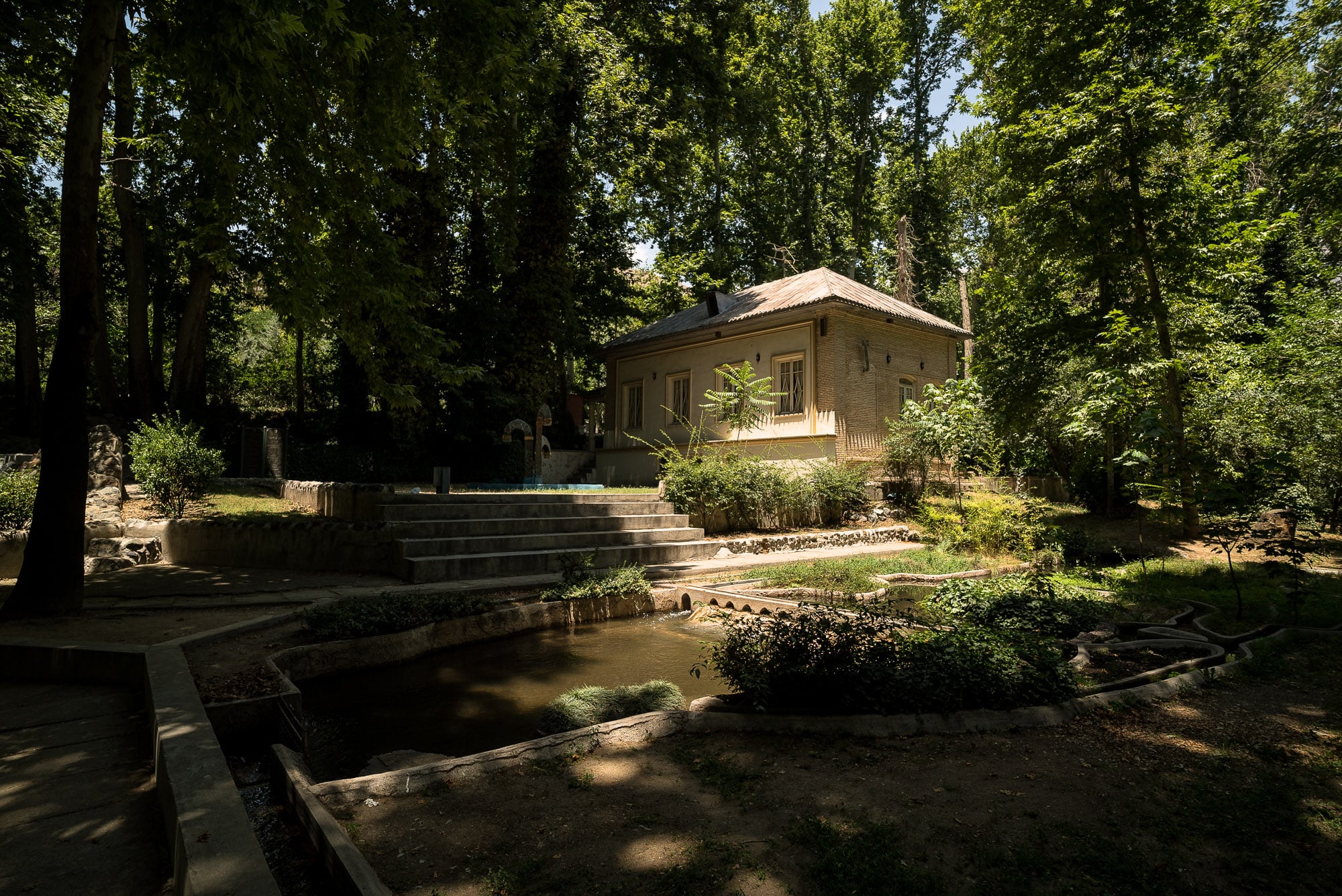 Some of them were pretty massive: 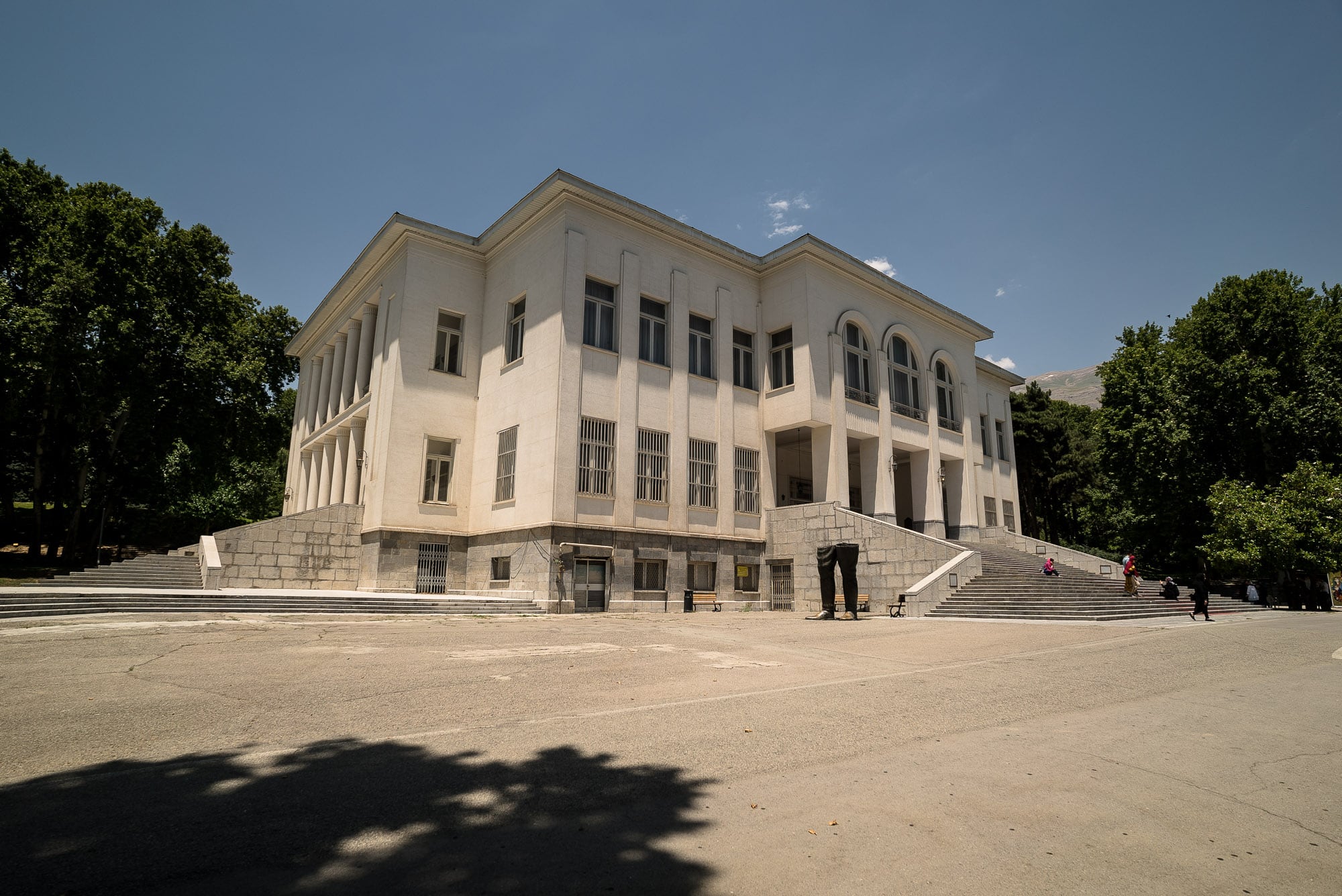 I went to a building called “Green Palace”, which seemed to be the main attraction in the area: 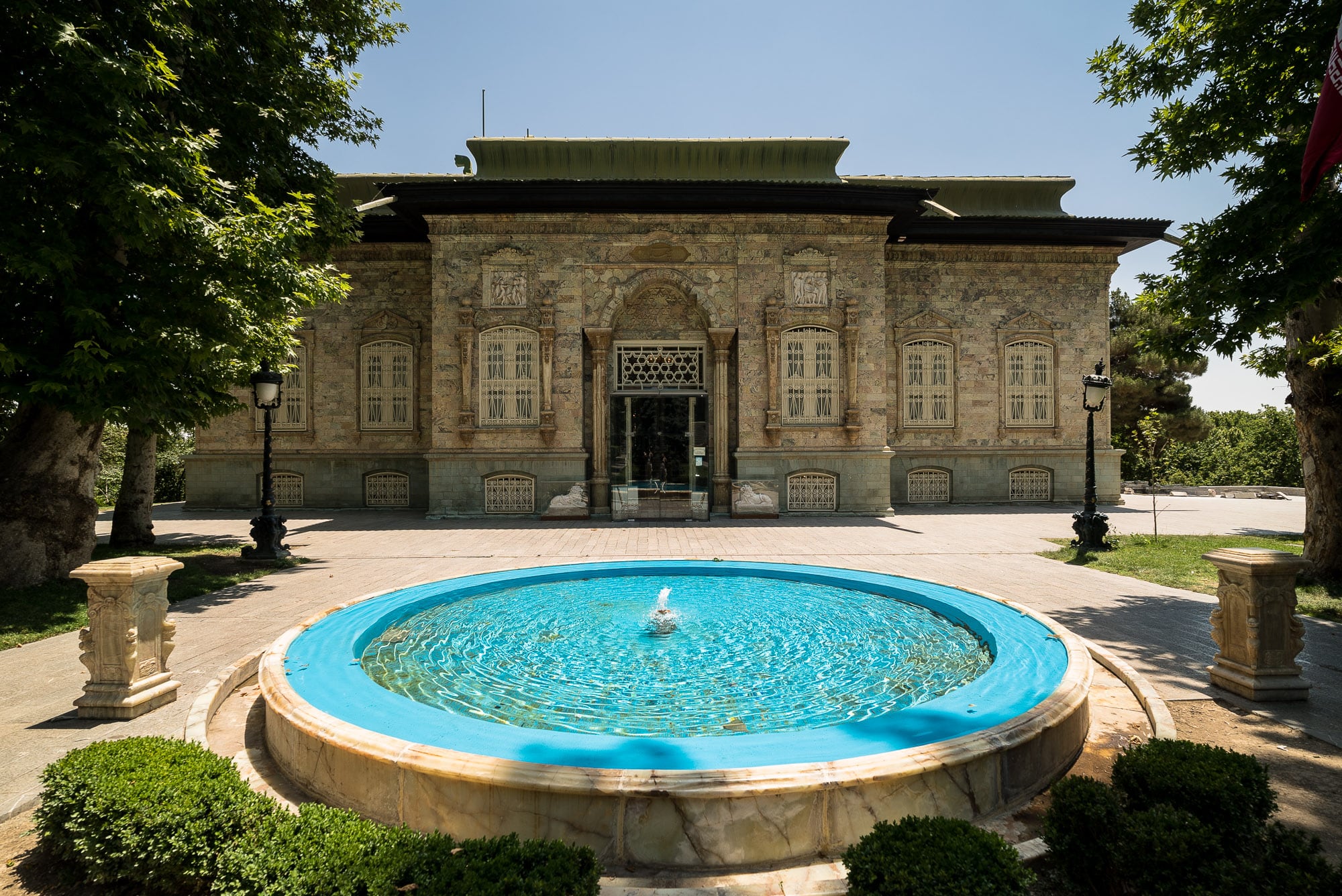 Photography was not allowed inside, so let me just tell you that it looked a bit like Versailles, just smaller. Here’s a back view of the palace: 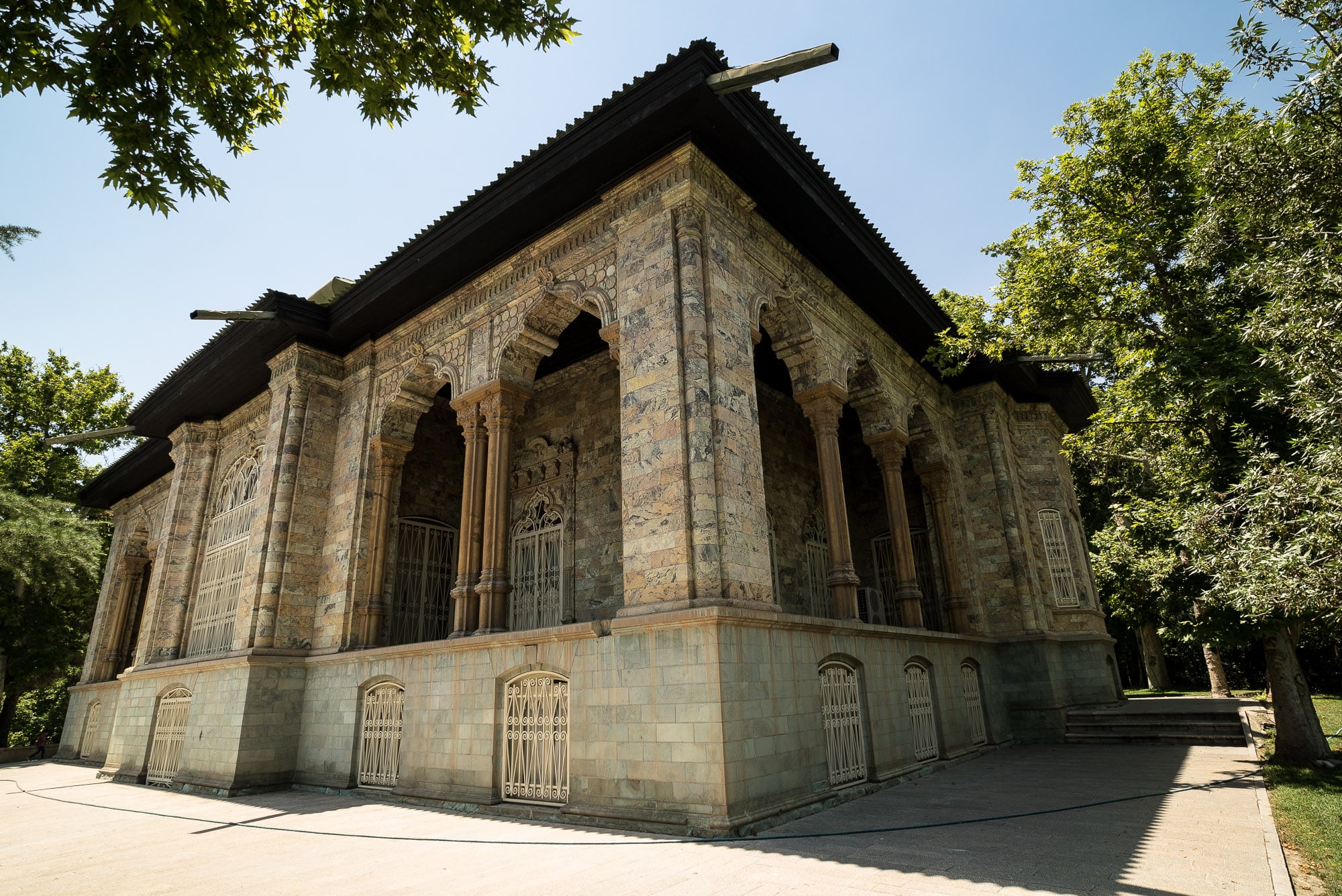 Here’s detail to give you an idea of the stylistic eclecticism that was going on here: 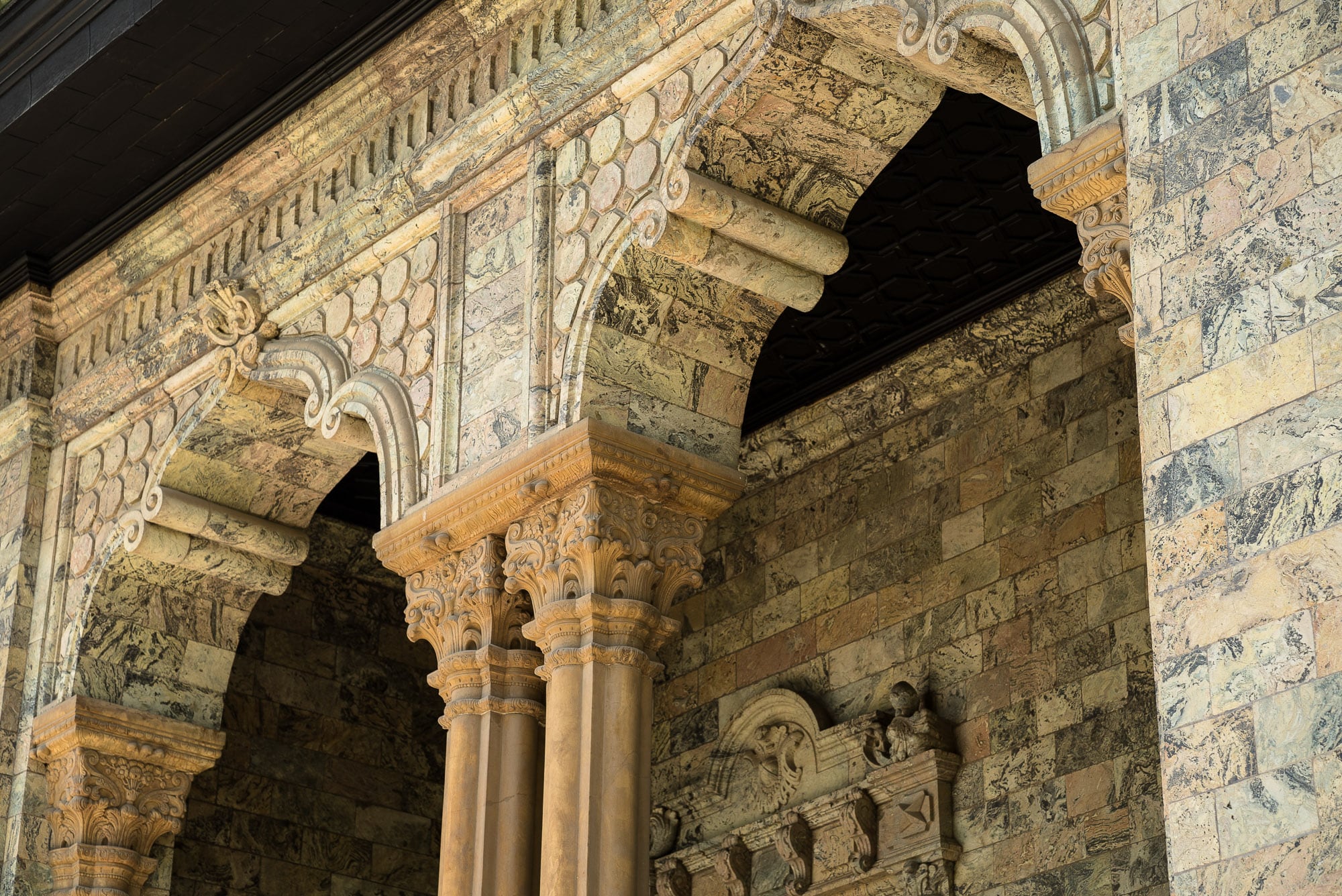 And here are some half-naked people, which is something you don’t see every day in this country: 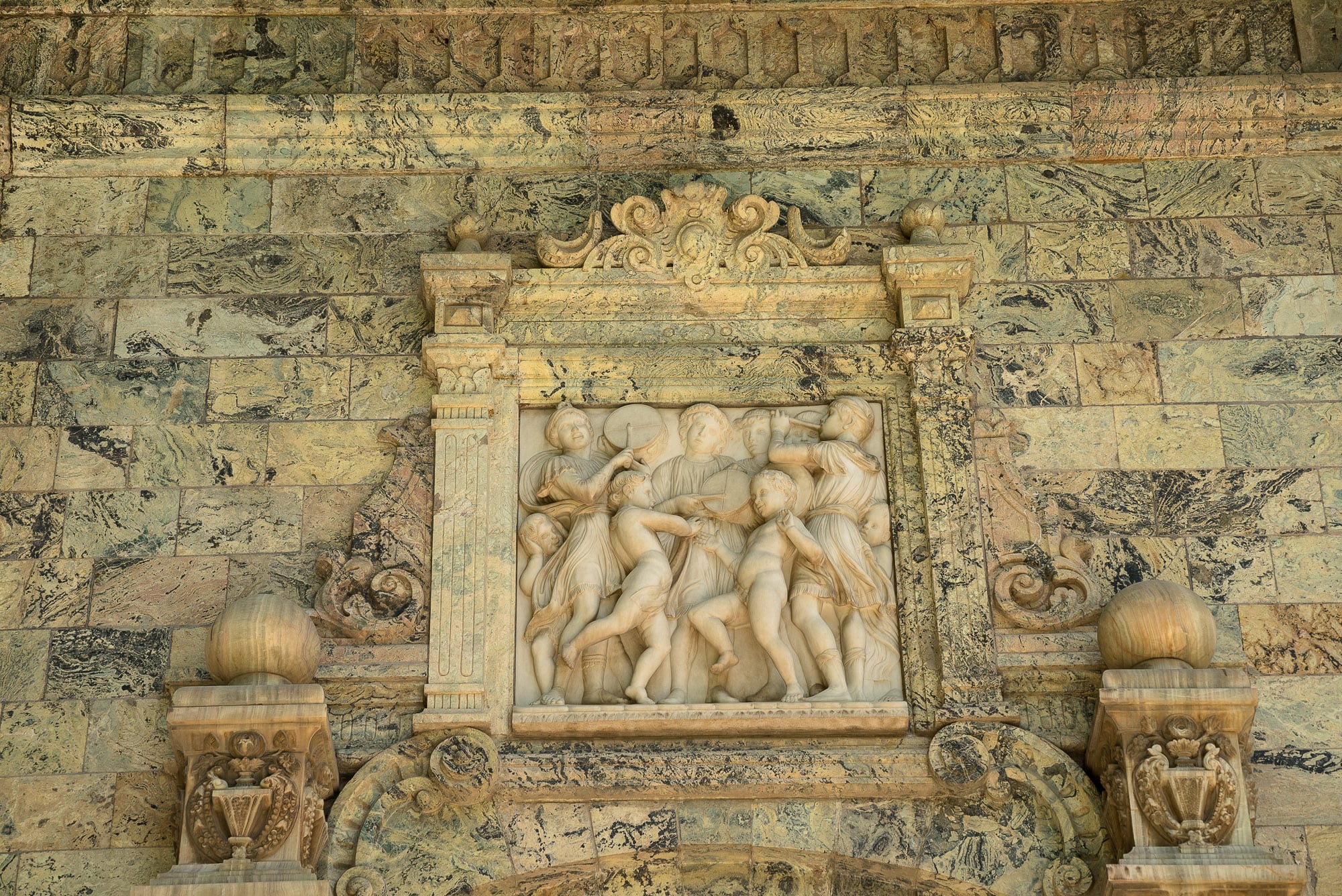 I went to a men’s room once, and it was at this point, after having spent more than four months in Iran, that I finally noticed that men’s rooms here never had urinals. It was always a bunch of individual toilet stalls: 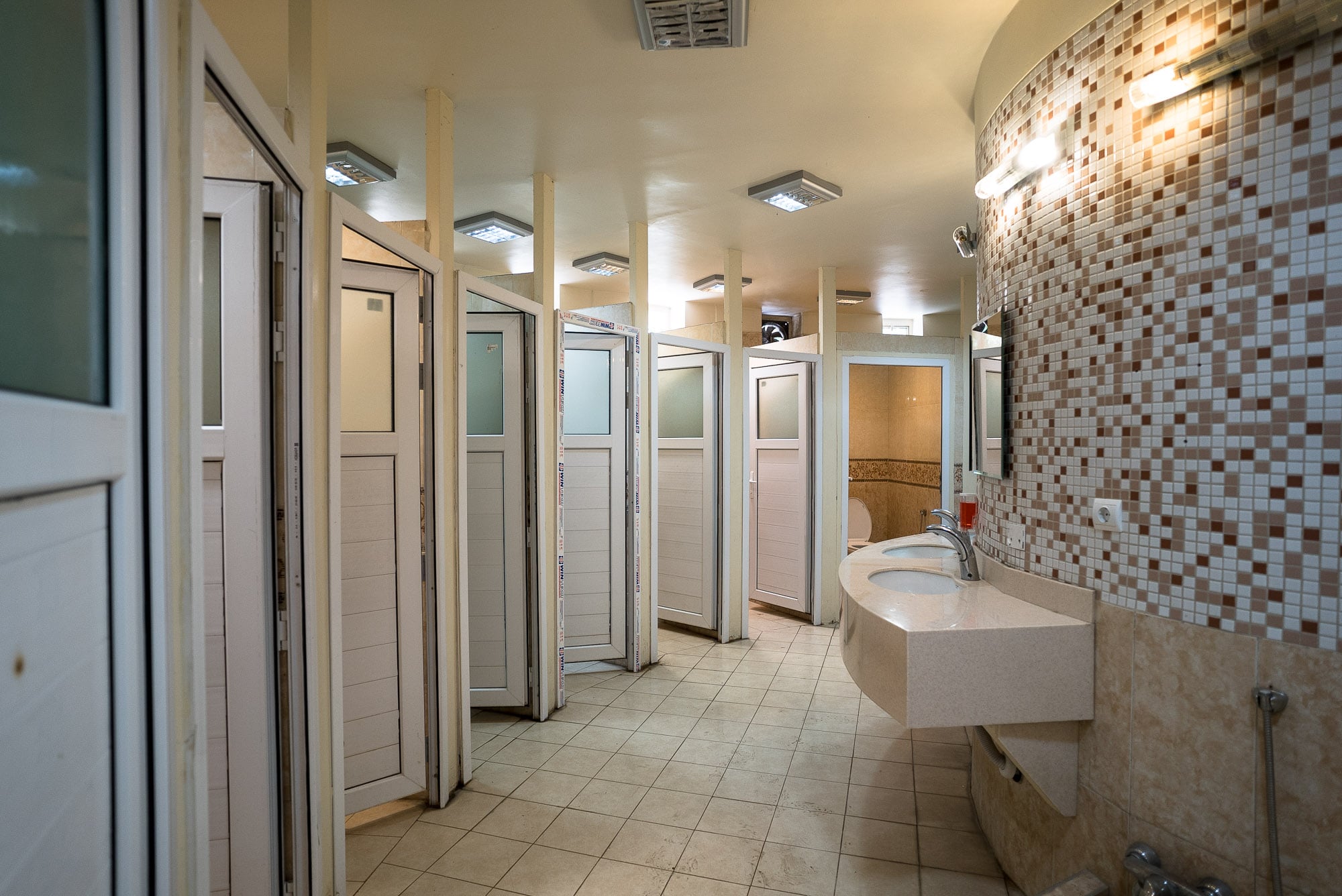 After this anthropological milestone I went to yet another palace. It was called Niavaran Palace, and it was also a park with a bunch of individual buildings. The main one looked like bungalow, which suggested that it was fairly new: 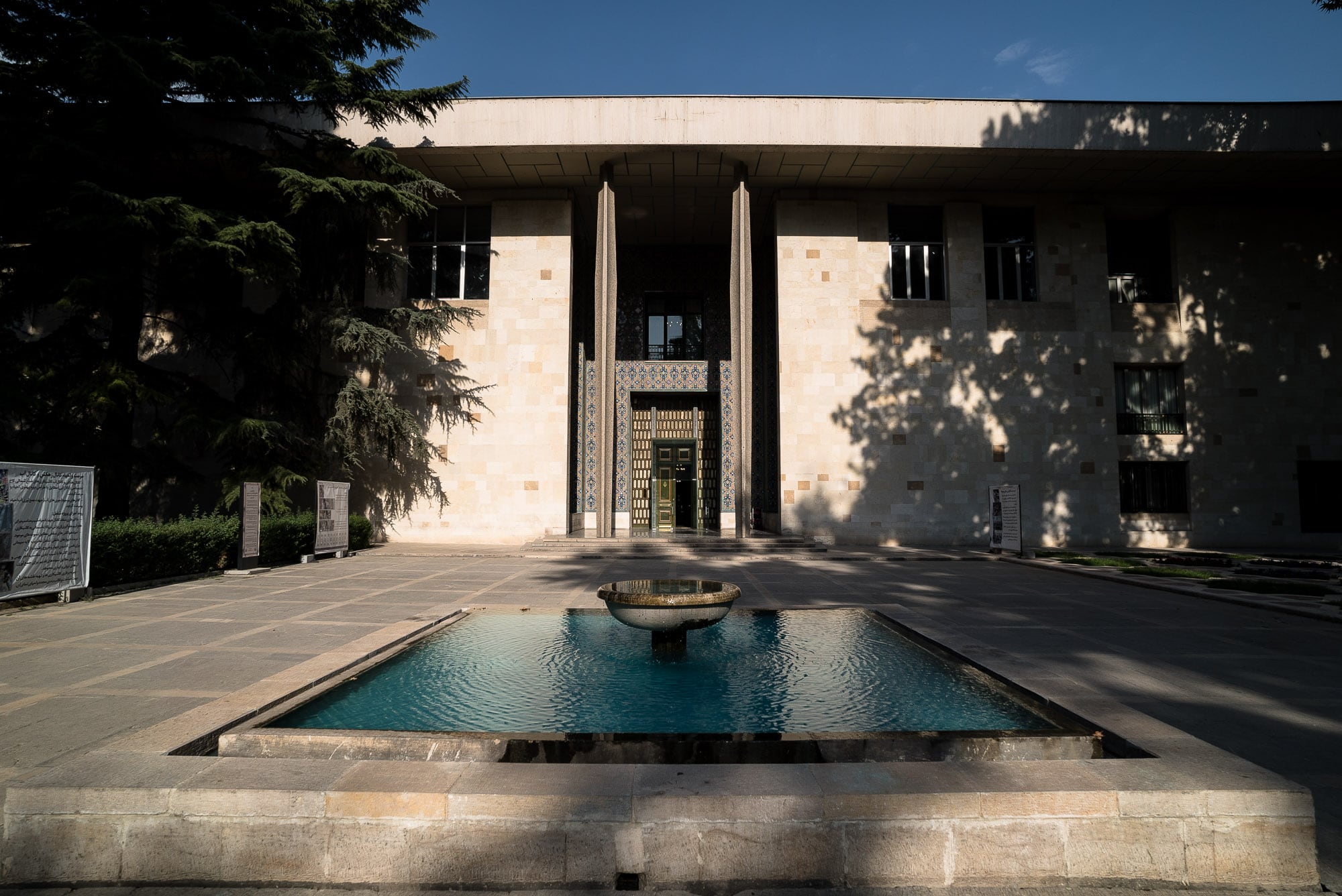 I wasn’t very excited about this place at first, because it seemed to be just another representative building: 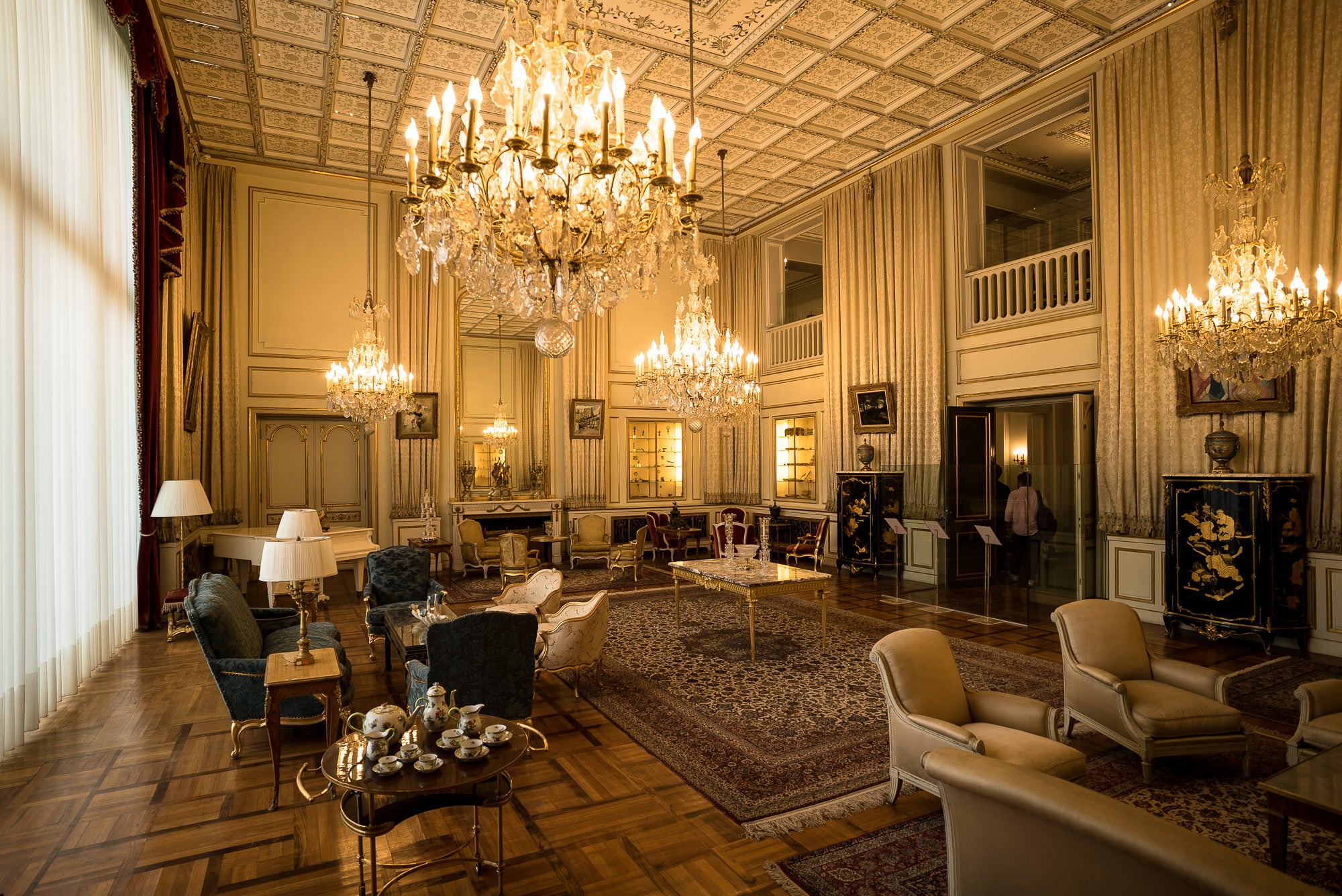 However, Niavaran palace turned out to be very interesting. There was a private movie theater in there, and it looked like it had flown in straight from the seventies: 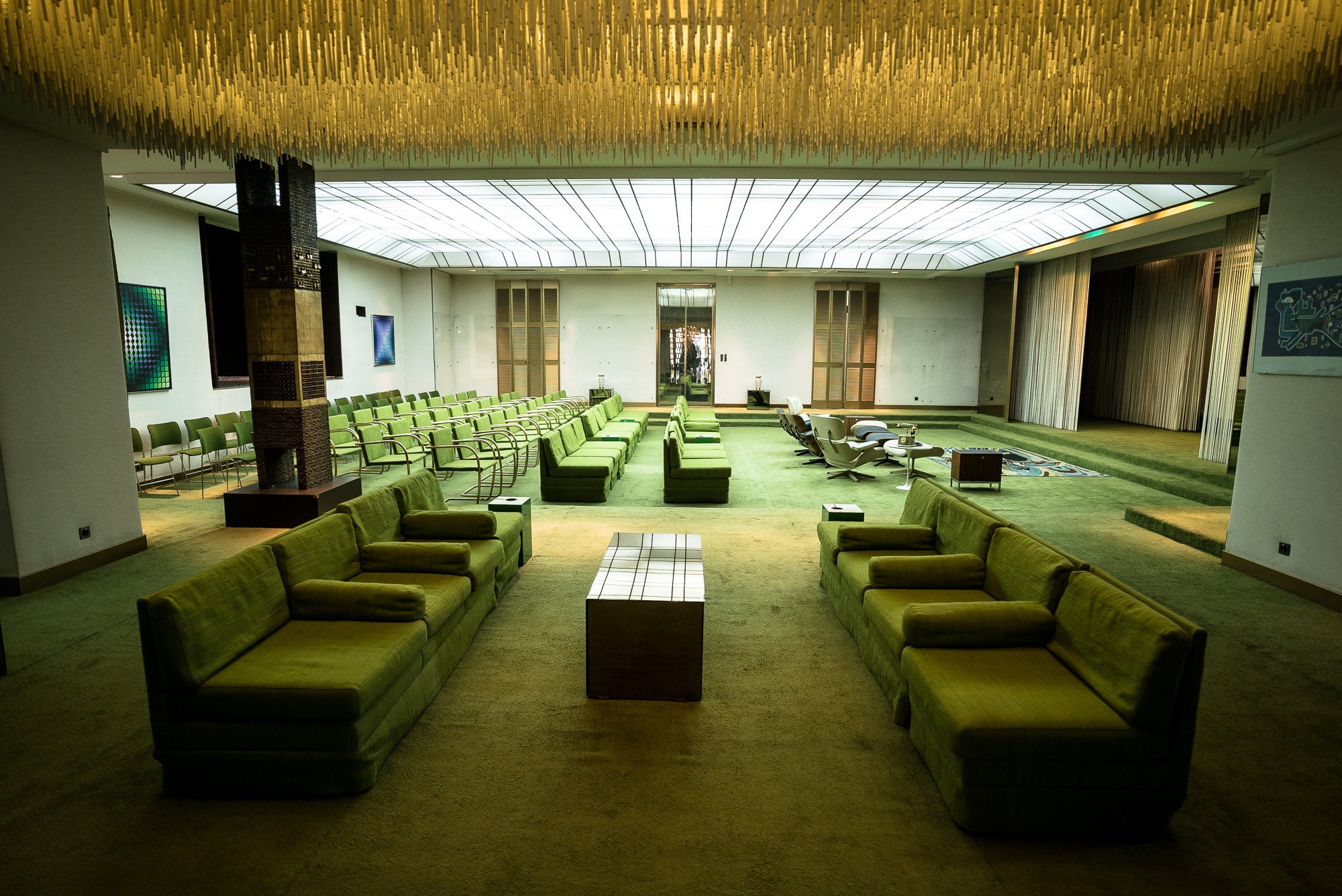 There was the Shah’s private bedroom: 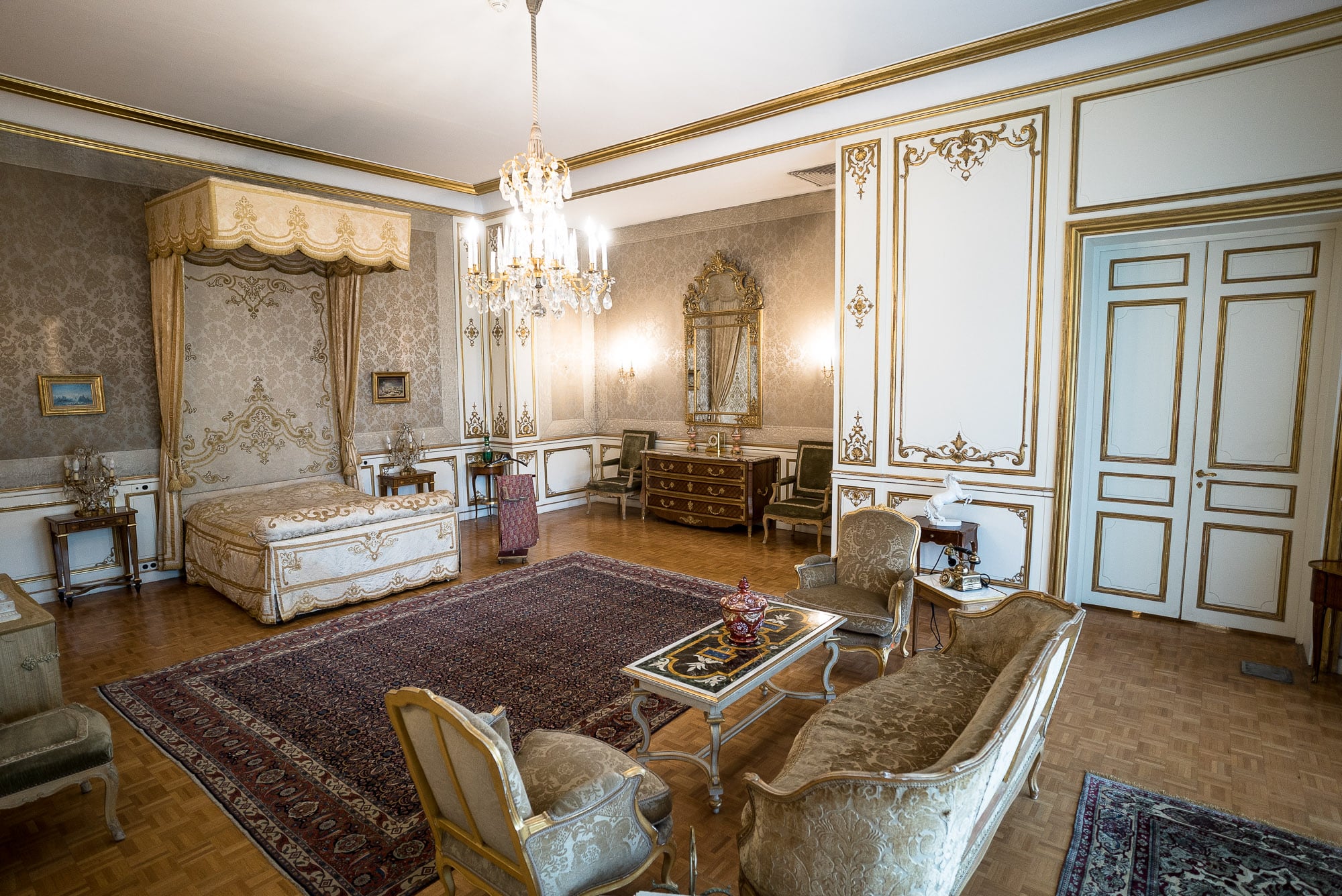 And there were the children’s rooms: 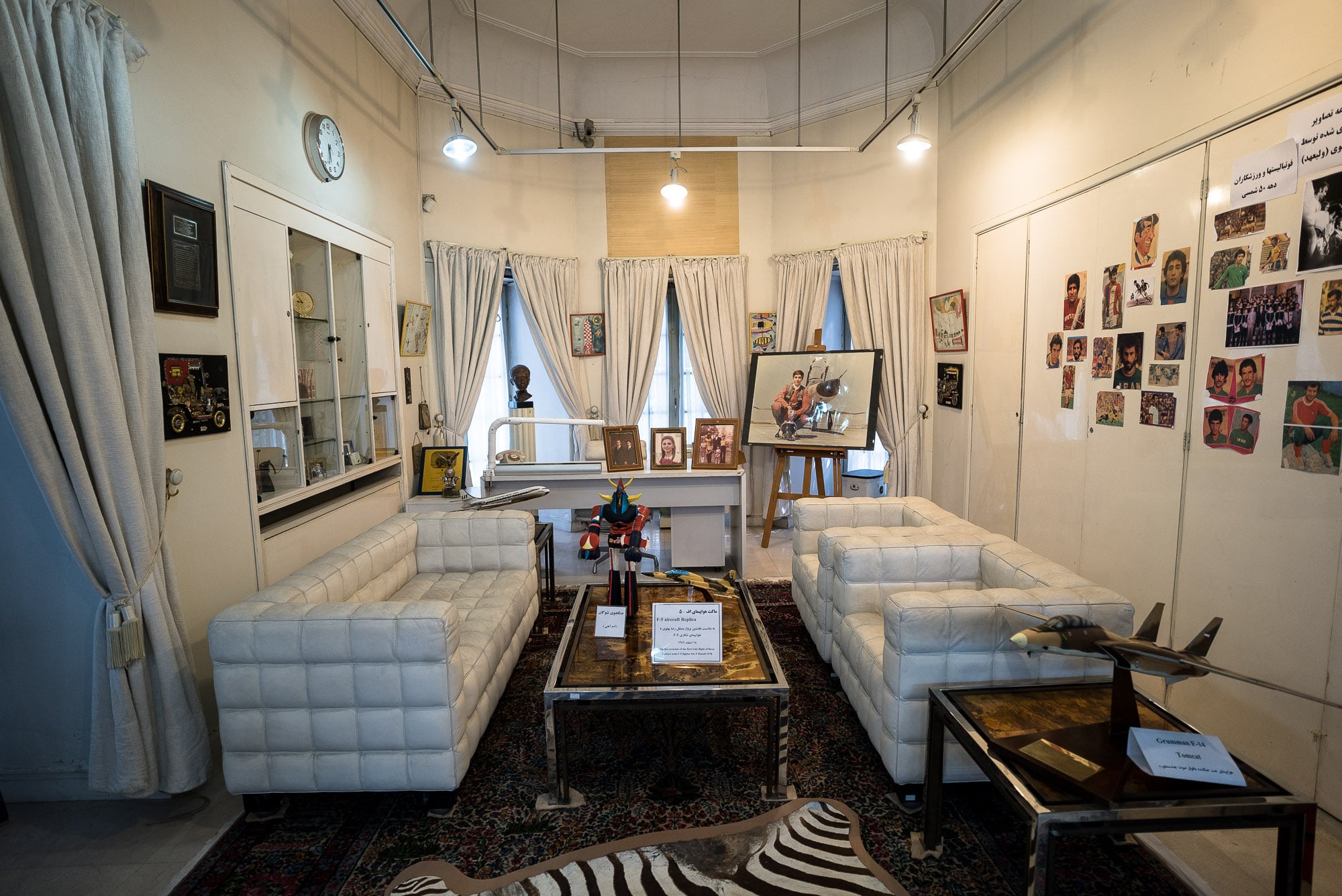 They had been princesses and princes of an authoritarian state, yes. But they had also been children: 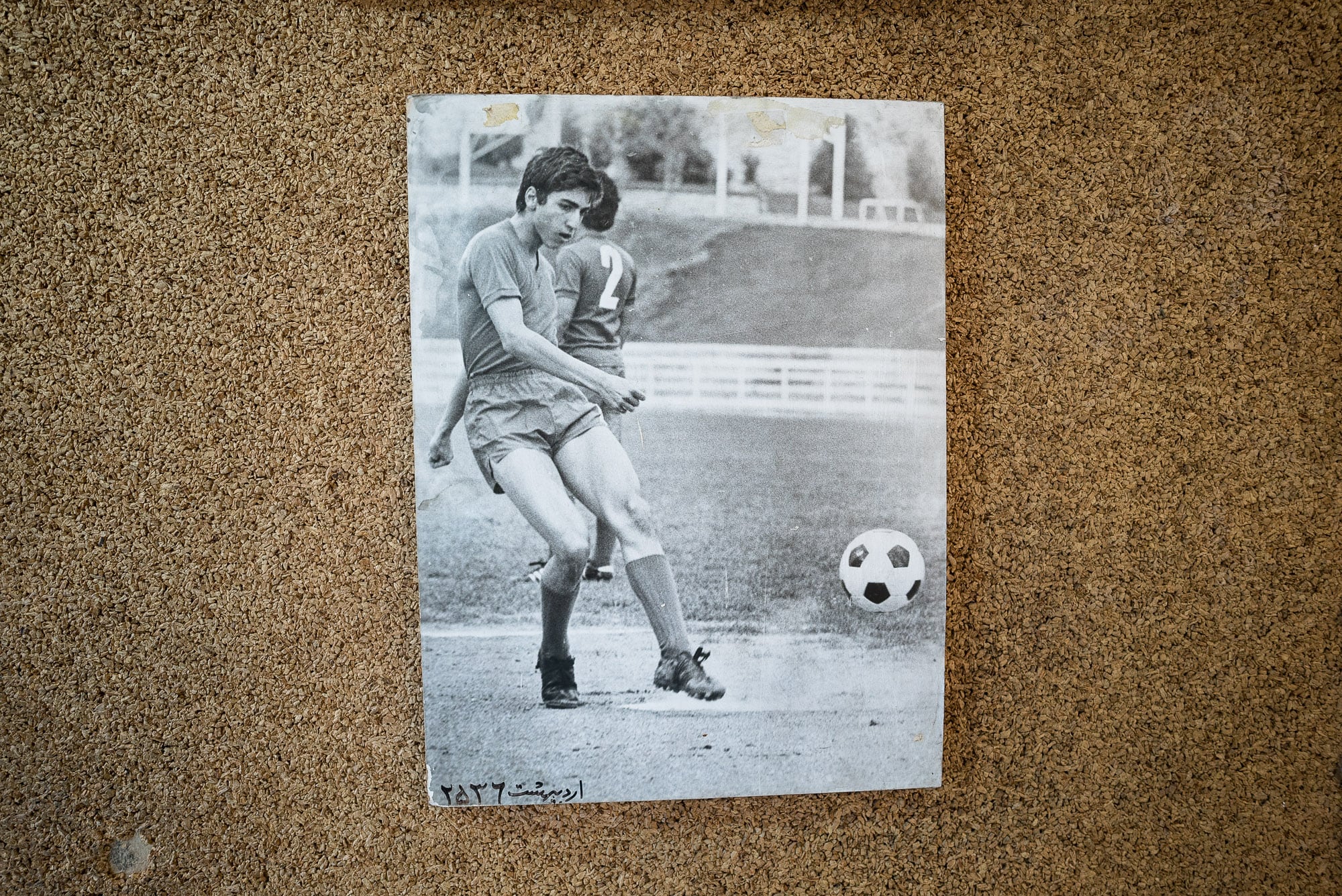 One of the Shah’s daughters had had a pink bathroom with stickers of Speedy Gonzales and Pippi Longstocking on the walls: 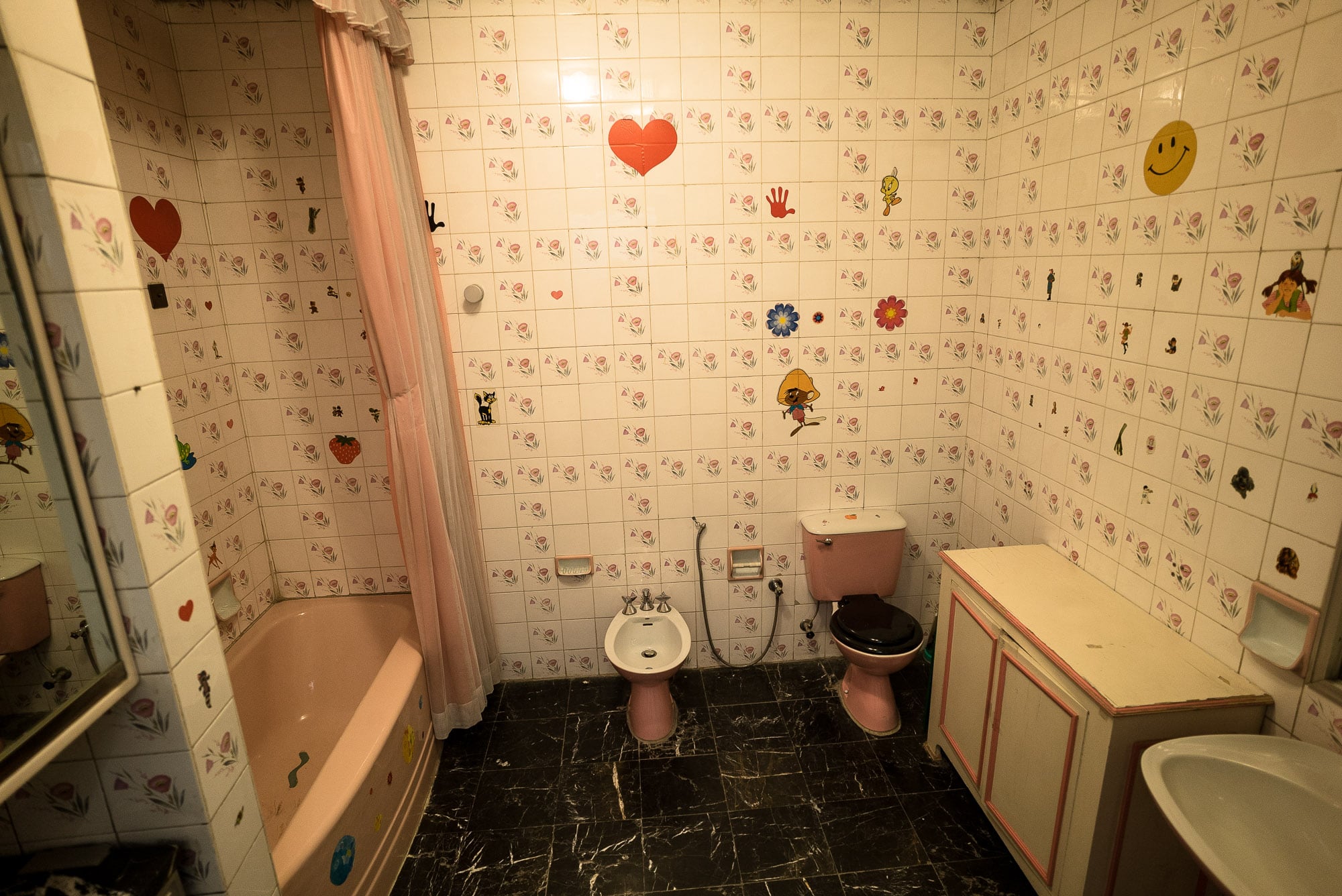 There was a little kitchen that seemed almost spartan in comparison with the pomp and bombast downstairs: 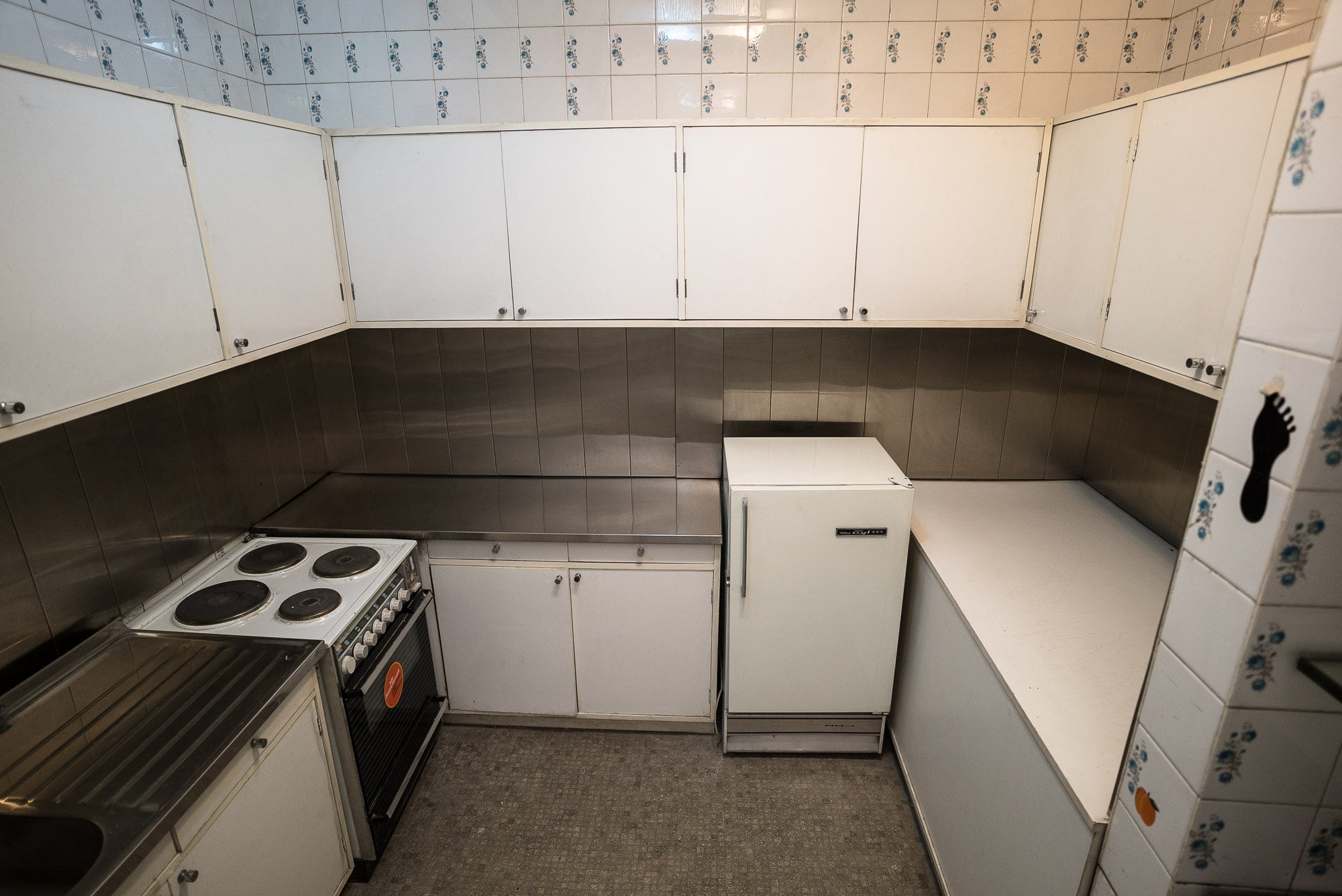 The oven had a sticker that said MIT BRATAUTOMATIK: 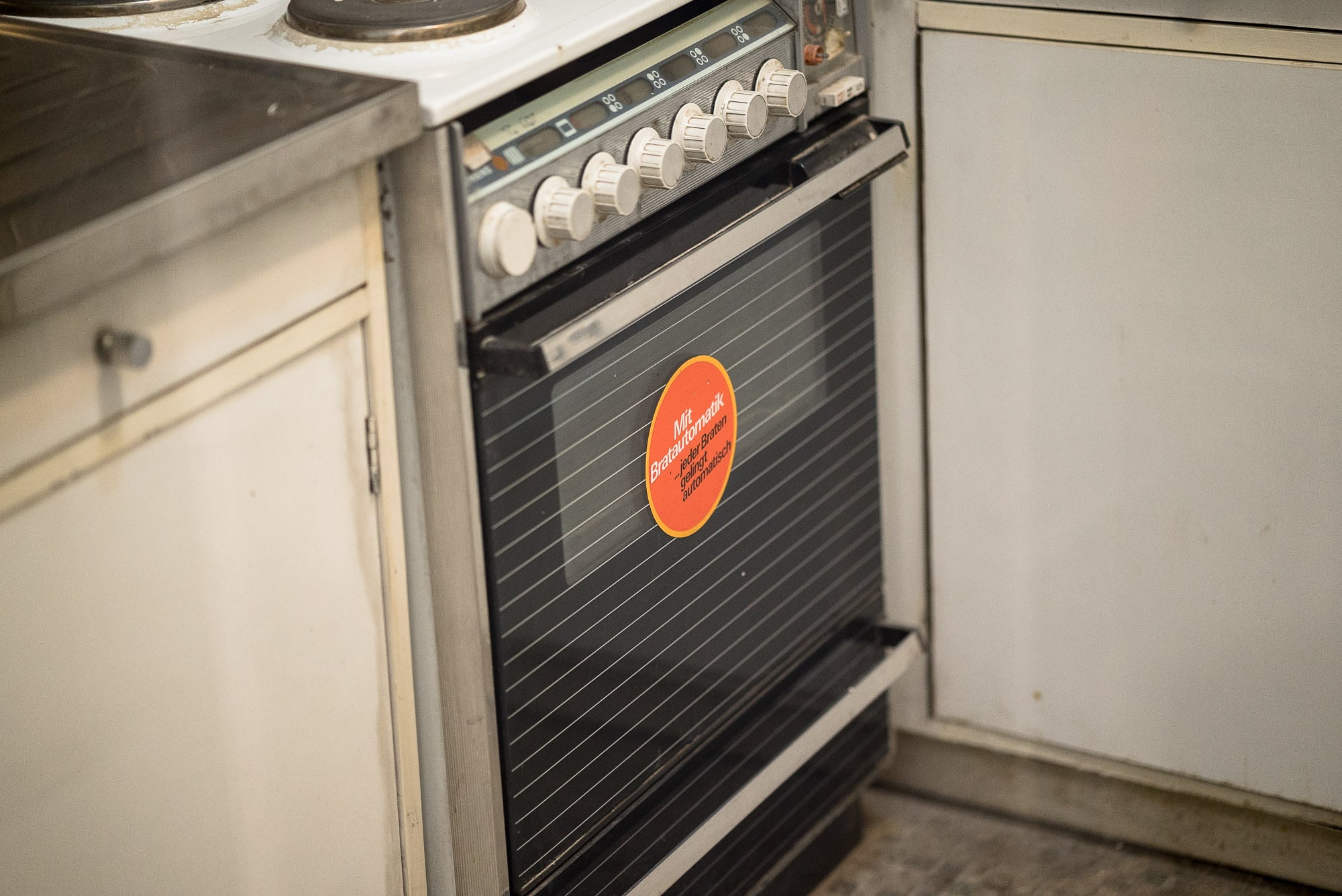 It was from Germany.

I ended up enjoying this palace a lot, and I liked it even more when I found this monument behind it: 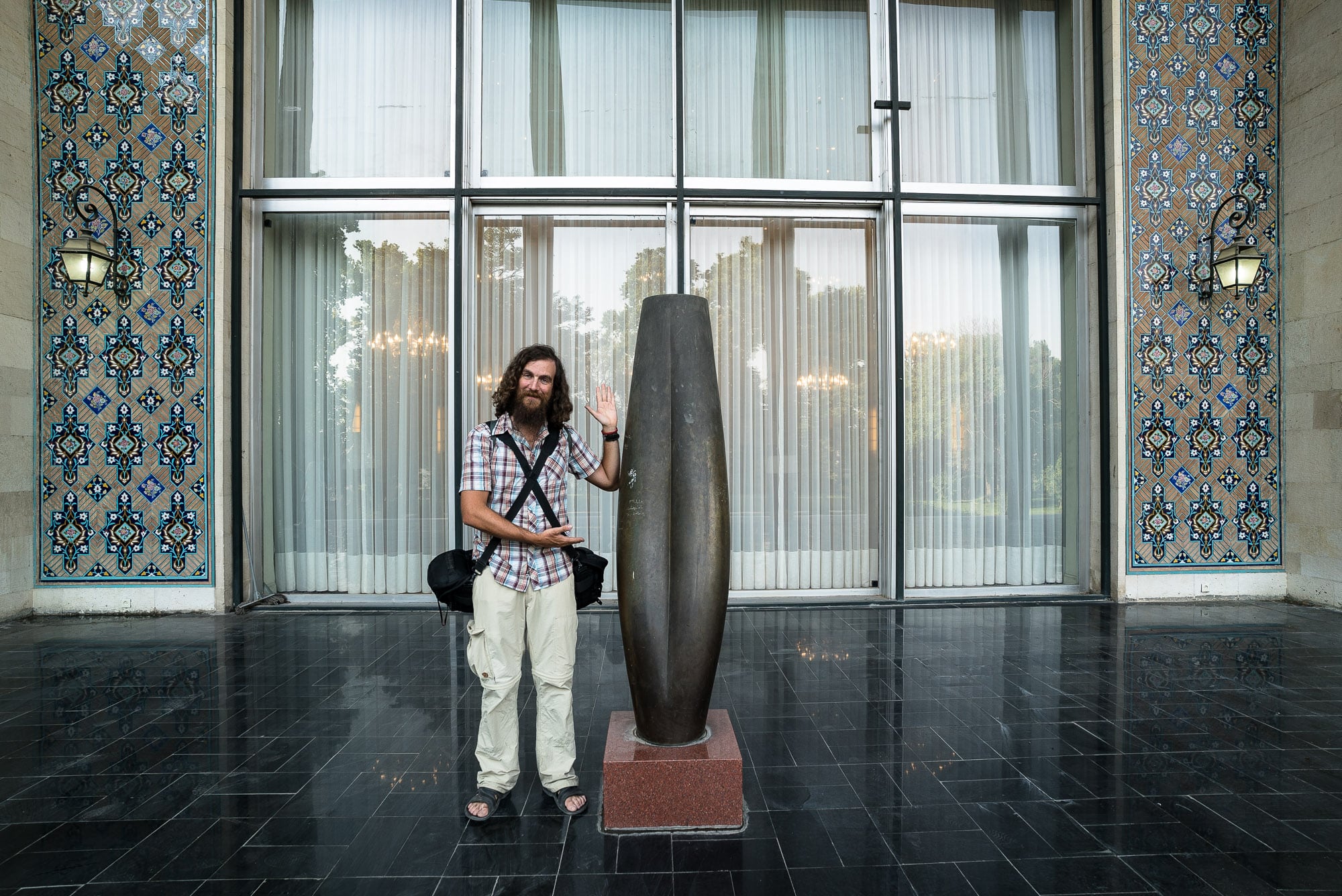 It seemed to show a vagina.

Later that night, my friend Reza took me to the Shahrzad Theater Complex. The local band Satura was going to perform there. They played melodic death metal. Or maybe metalcore. Either way they seemed to be quite popular: 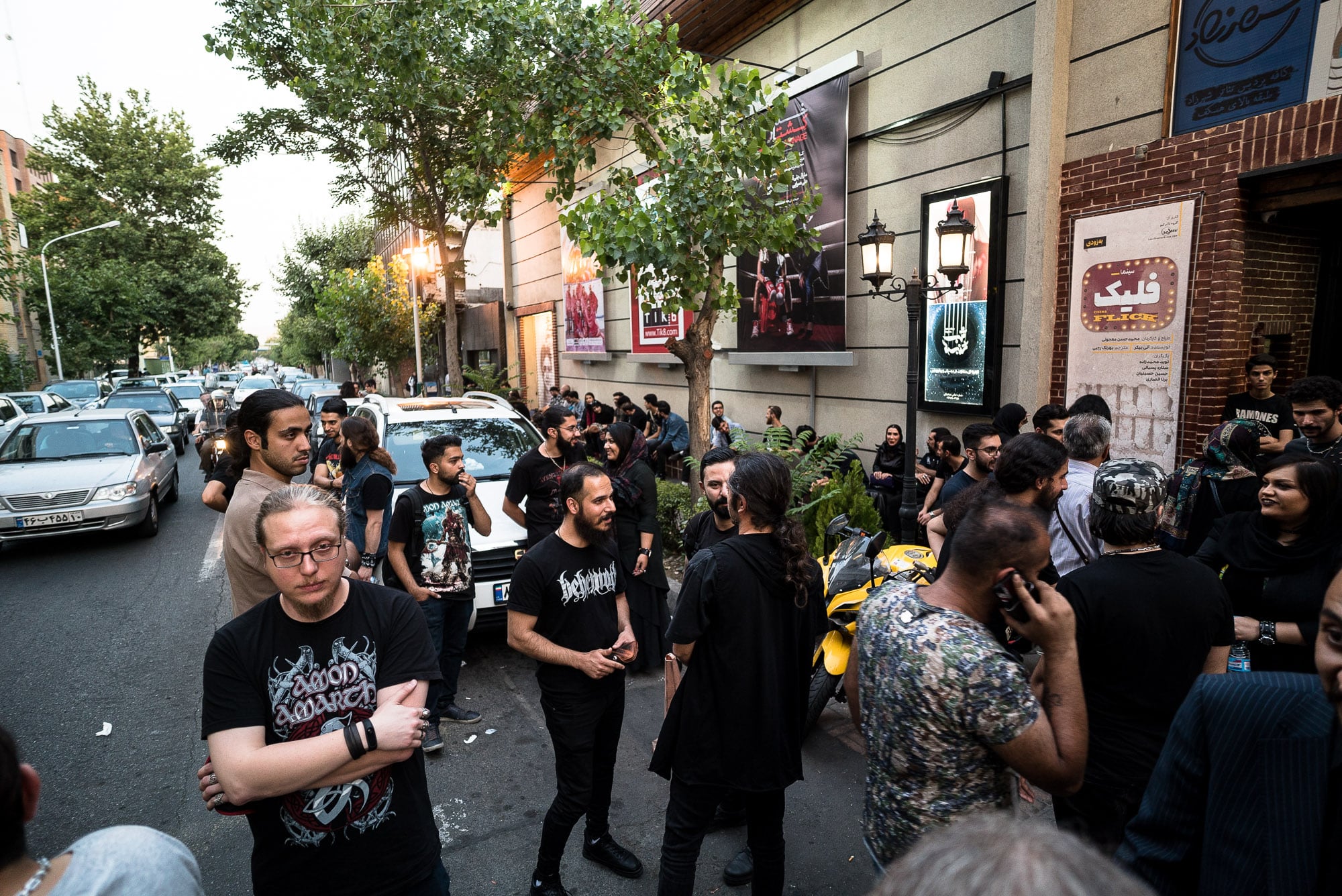 A crowd had gathered, and I found myself loving the shit out of each and every one of them (except for one dude who told me he thought nazis were awesome): 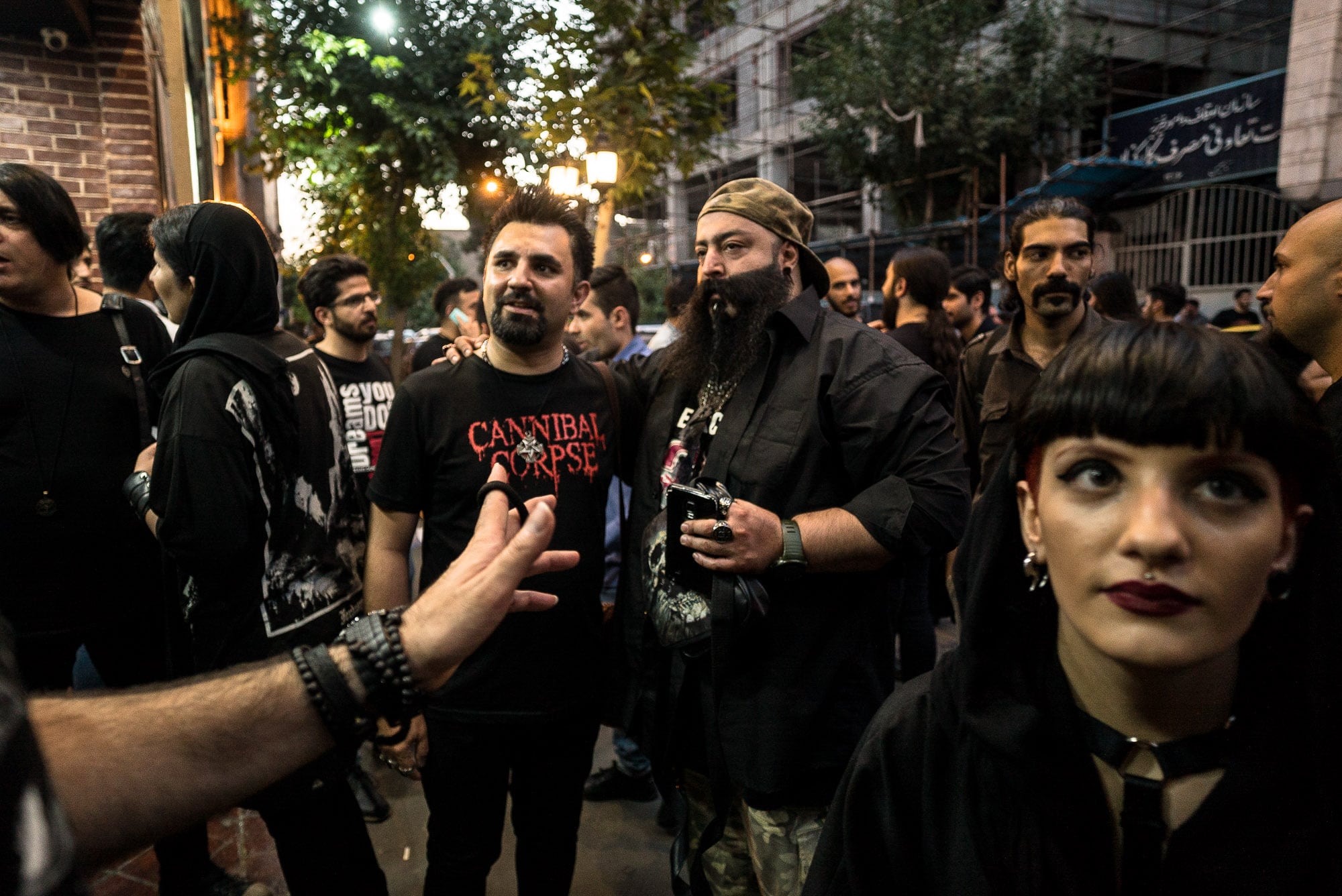 Metal truly was the big unifier.

Sadly, the organizers eventually ran into some difficulties at the very last minute – something about permissions or the lack thereof – and everyone ended up standing around in confusion and annoyance: 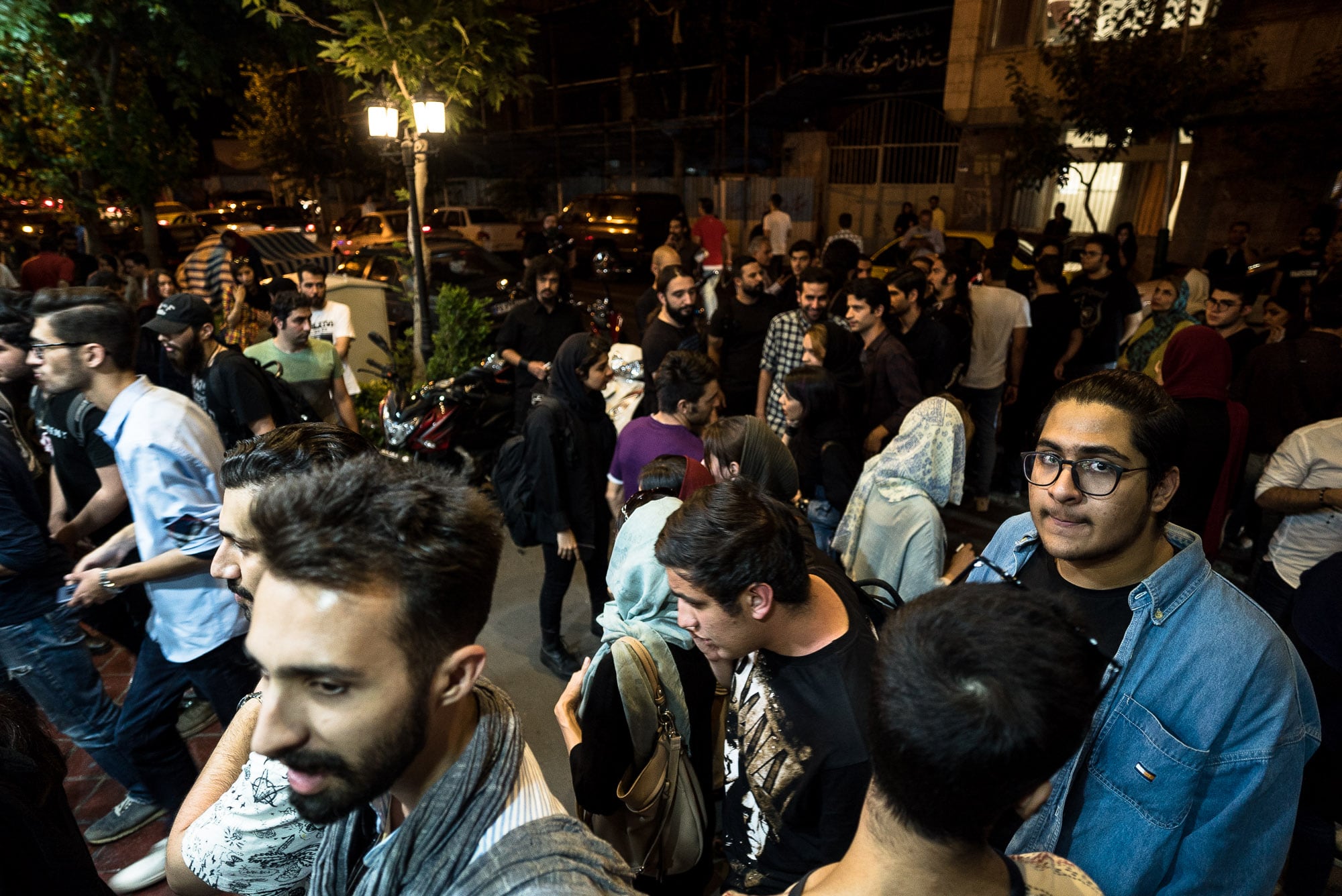 Some people tried to argue, but in the end a printed notice appeared on the door: 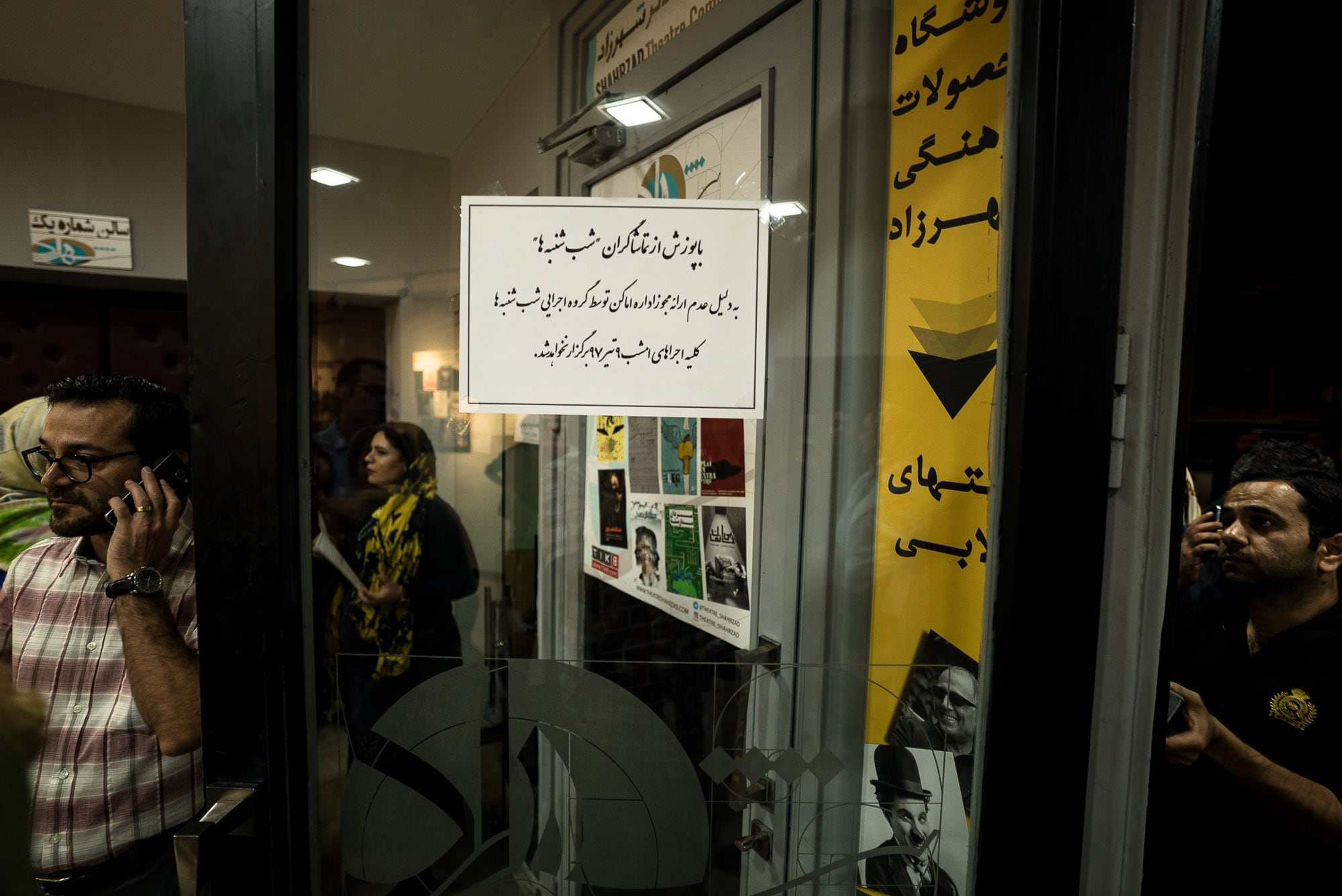 The show was officially cancelled.

I felt sad for the fans. It wasn’t easy being a metal head in this country, and yet here they were: 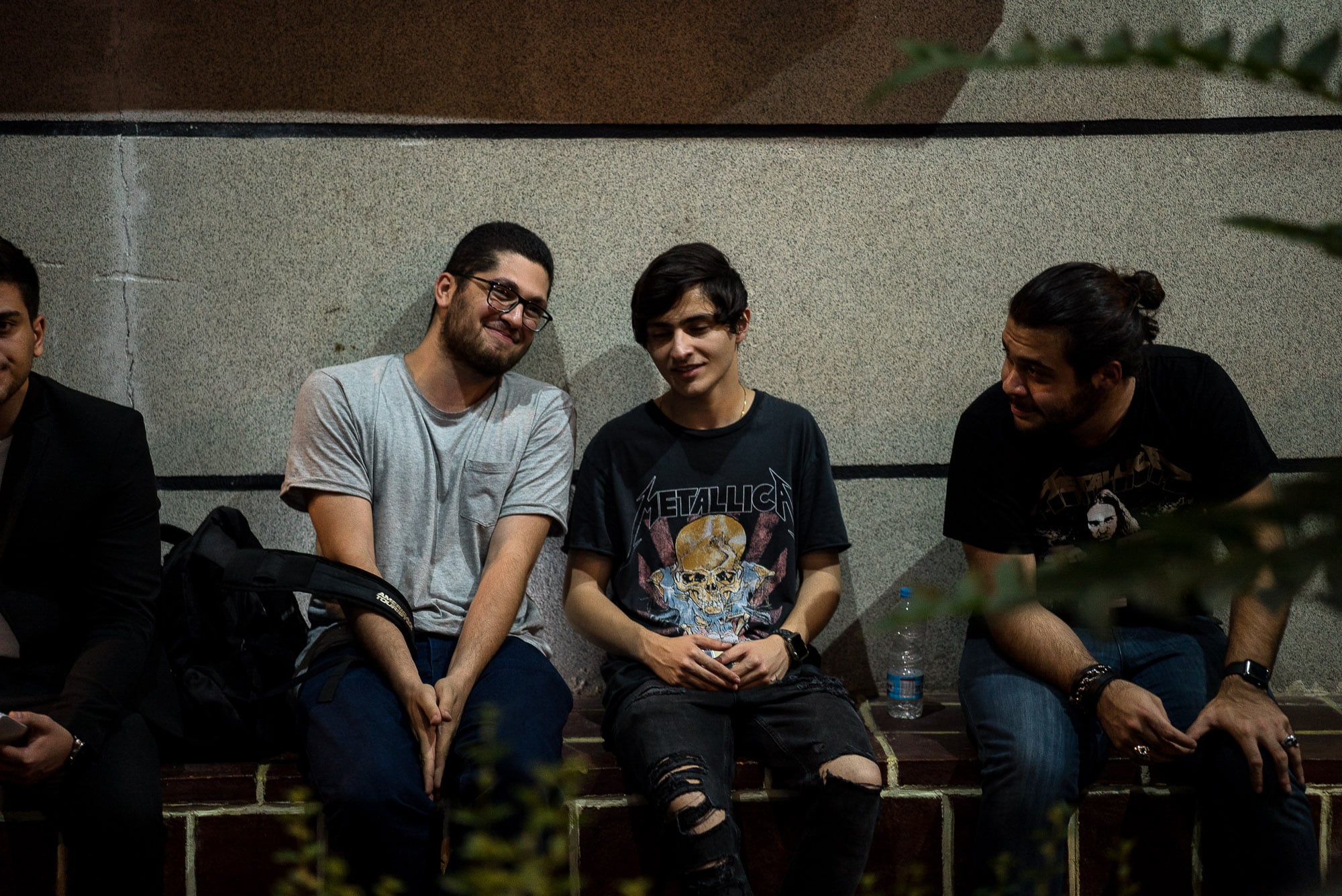 The lead singer of Satura gave me a CD and autographed it for me: 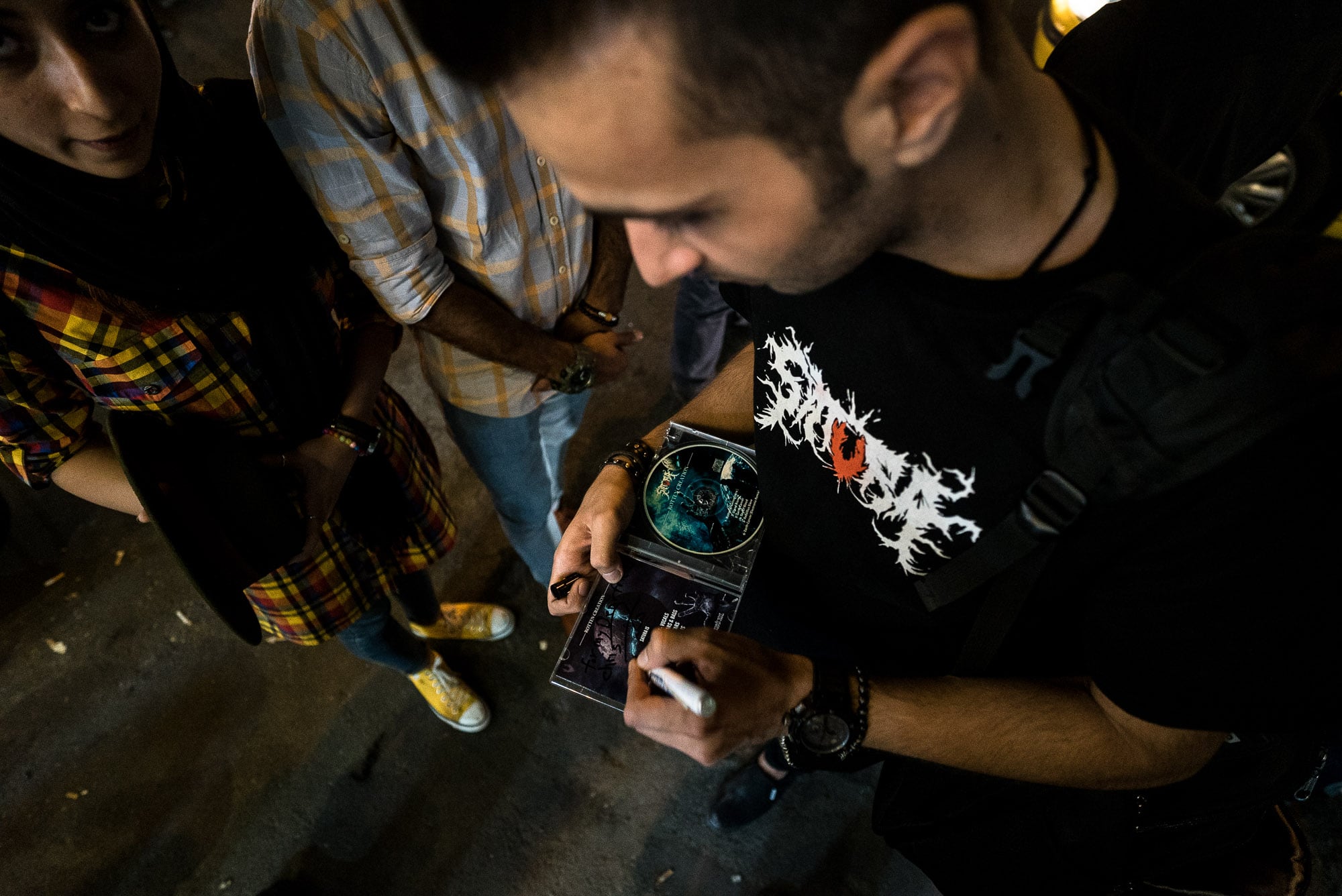 Then we all went our ways.

Metal had taken a 0:1 loss tonight.

But I was sure there would be a rematch.