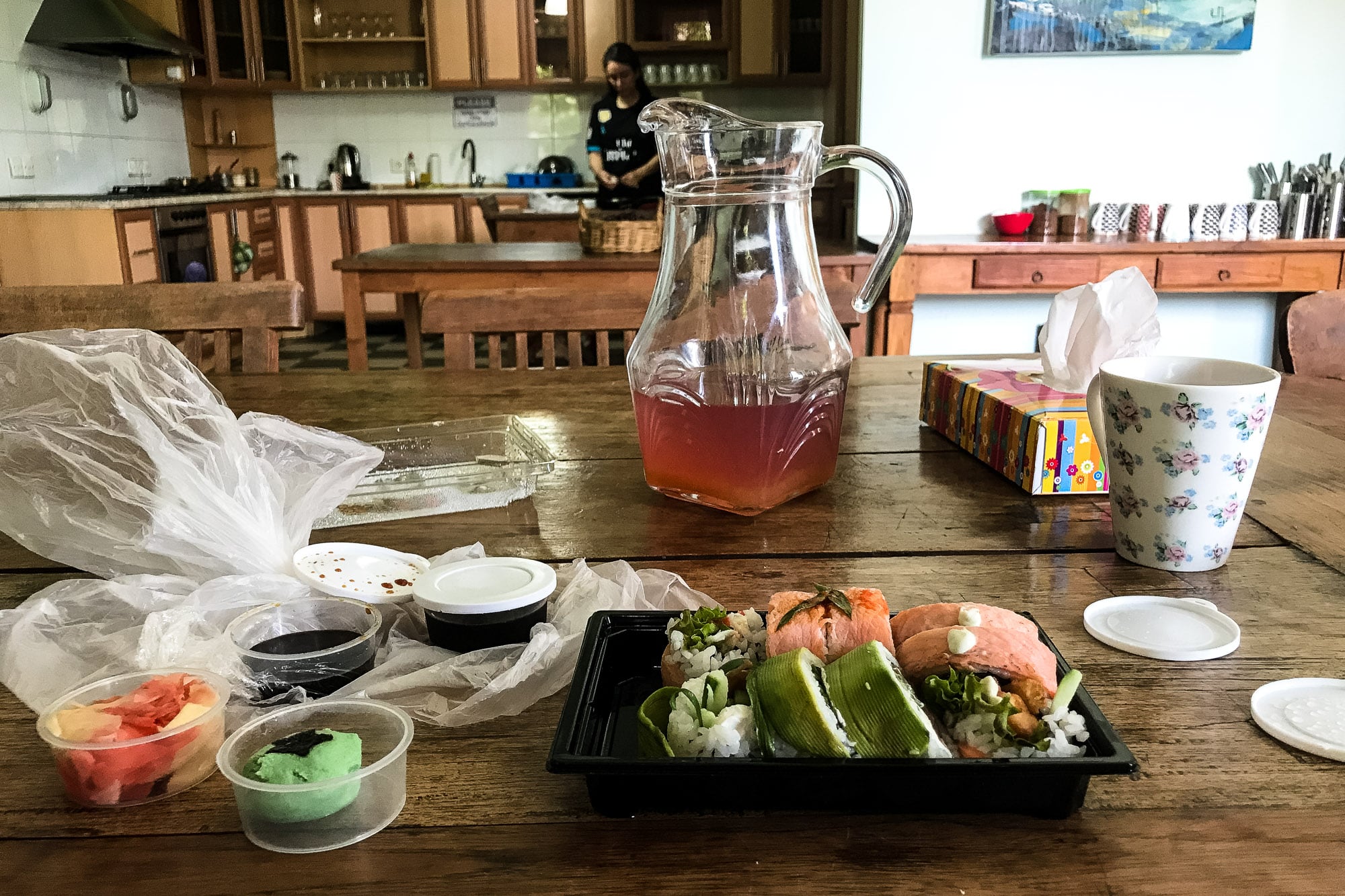 Then I walked around in Yerevan for a while: 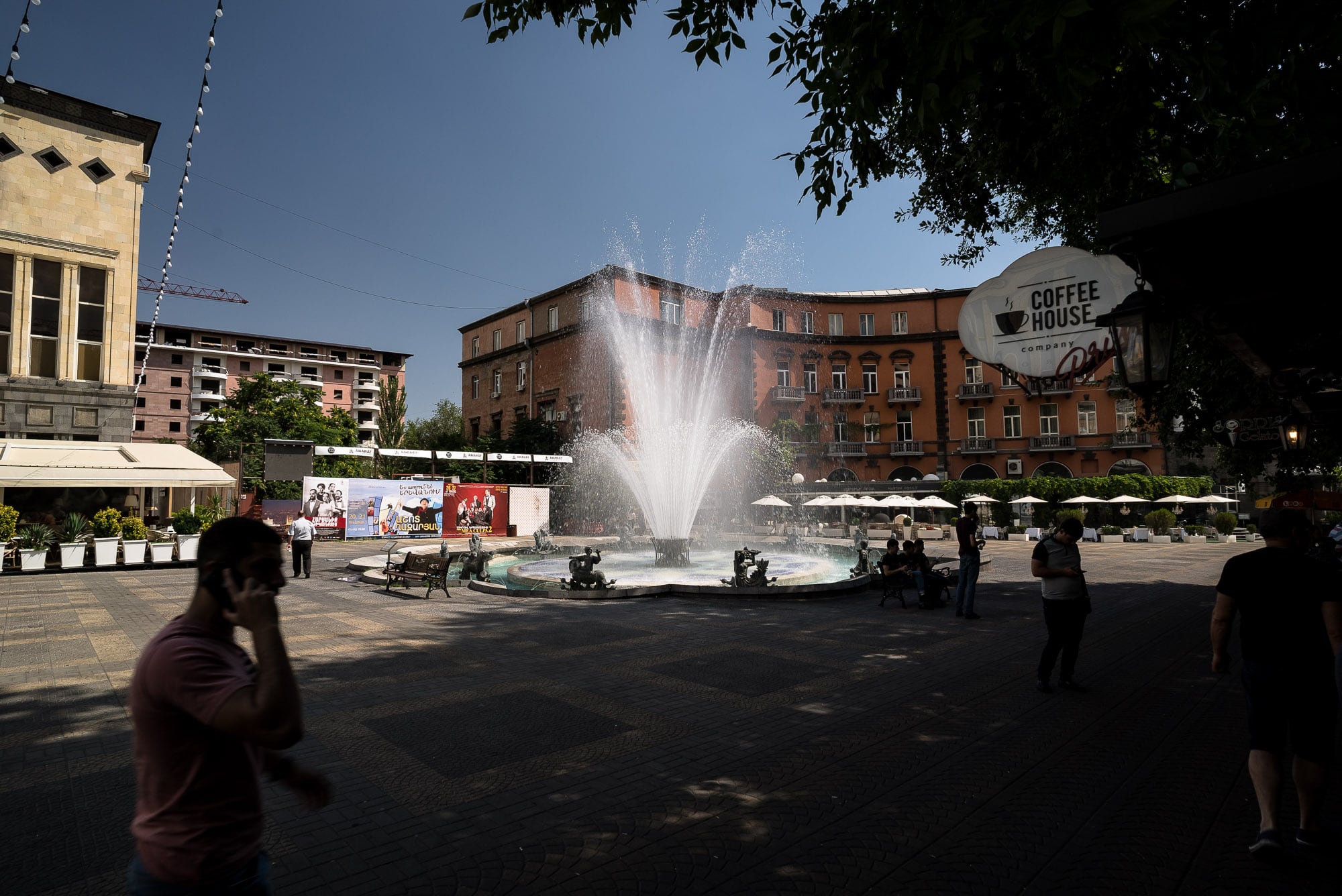 Took a time-lapse at Republic Square, a place that was just swarming with people. 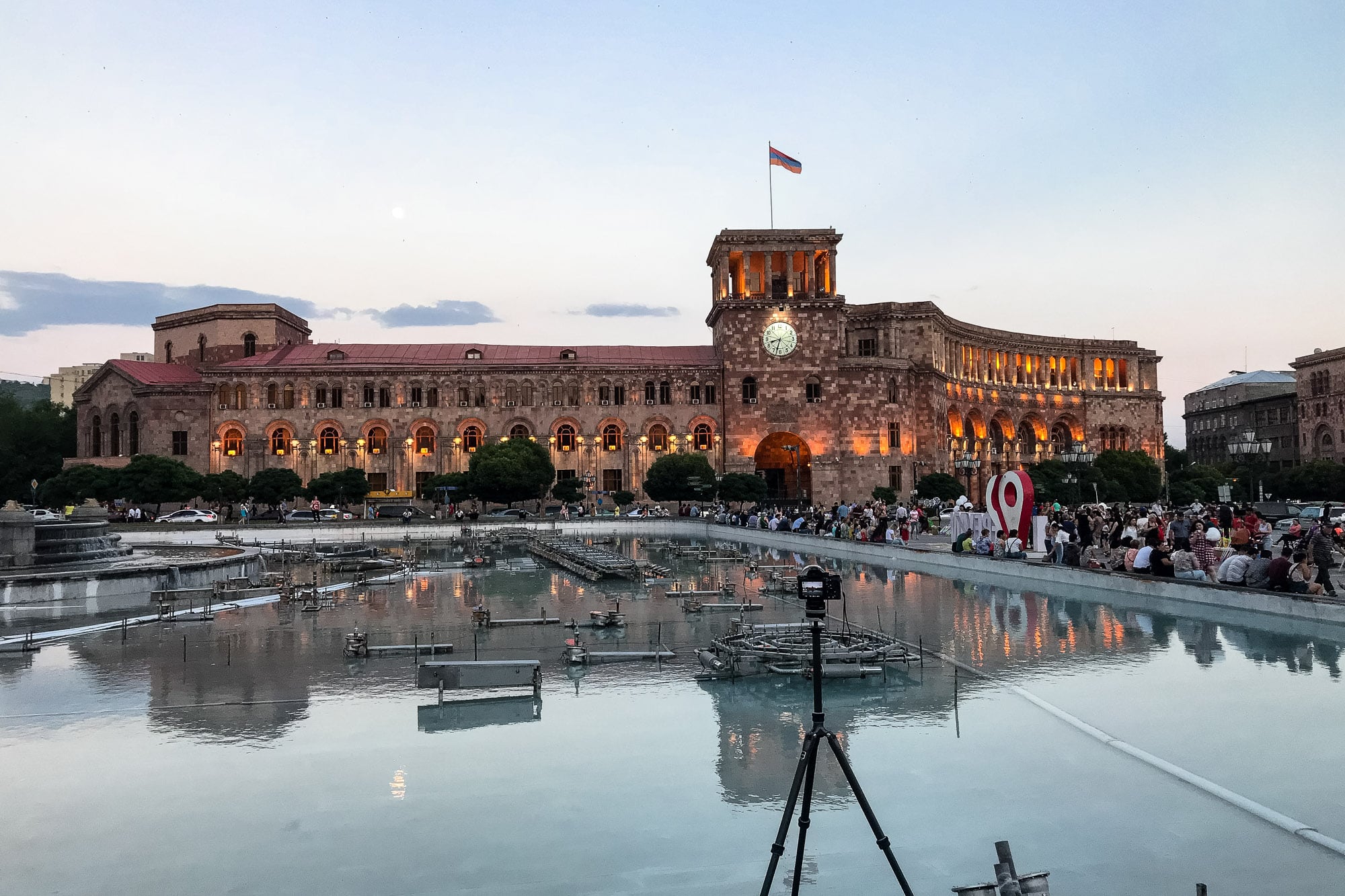 I was surprised when these three wanted to have their picture taken with me: 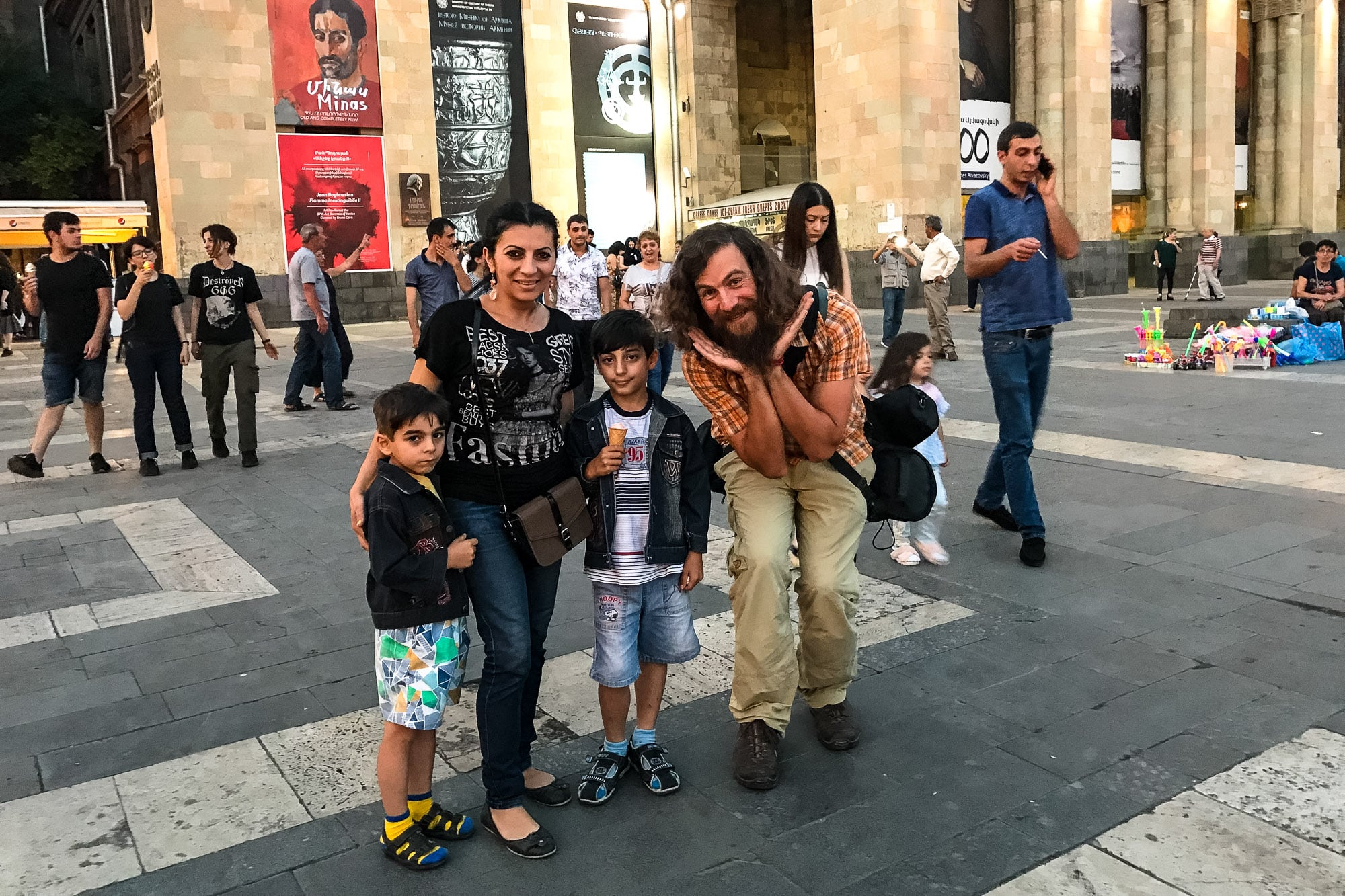 Or maybe the little dude on the left didn’t really want it so much.

I ended up hanging out with a bunch of people from Couchsurfing that night. We sat on top of the Cascades, talked about things, and decided this would be a good time to get drunk.

Luckily, I had bought some Armenian vodka for testing purposes: 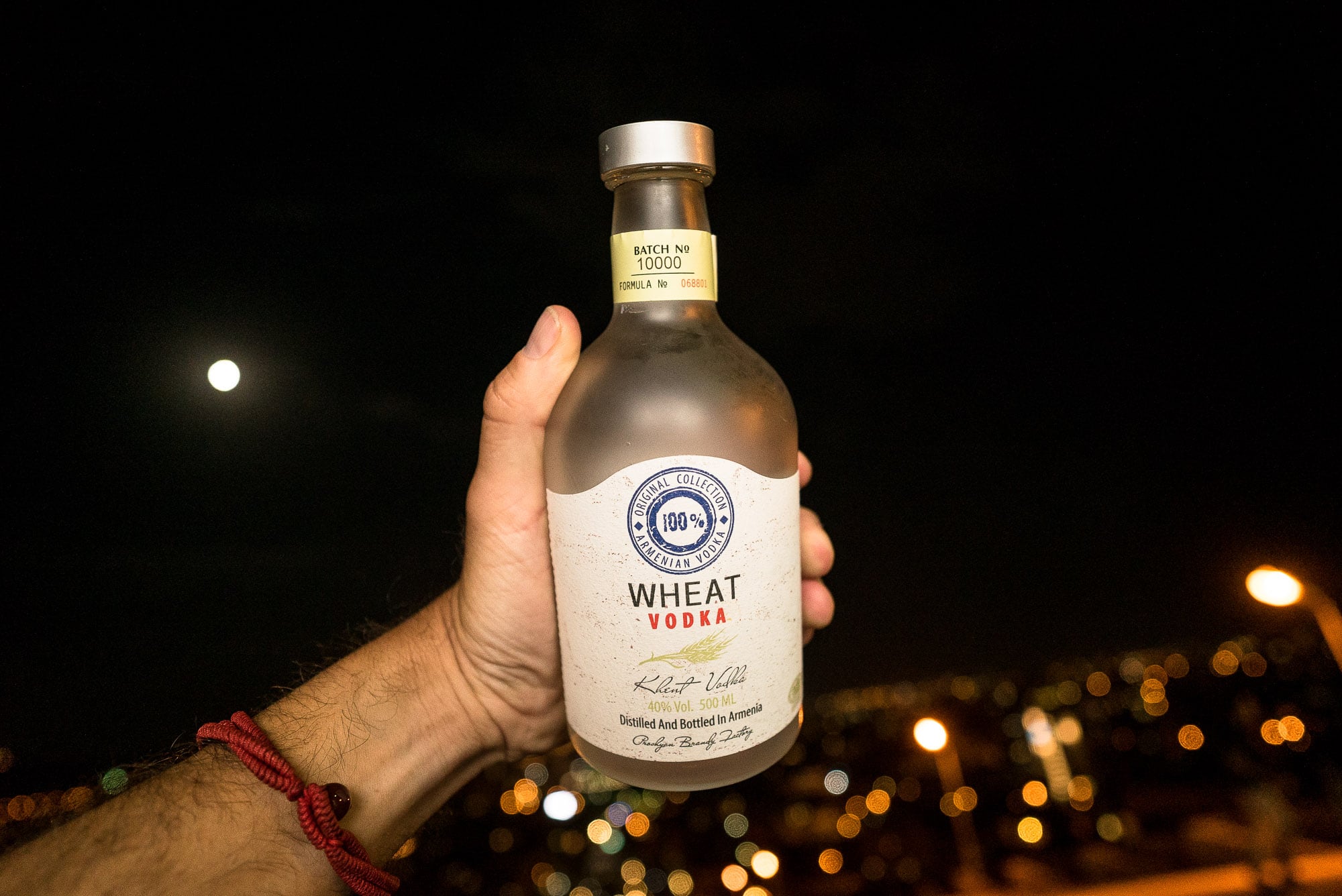 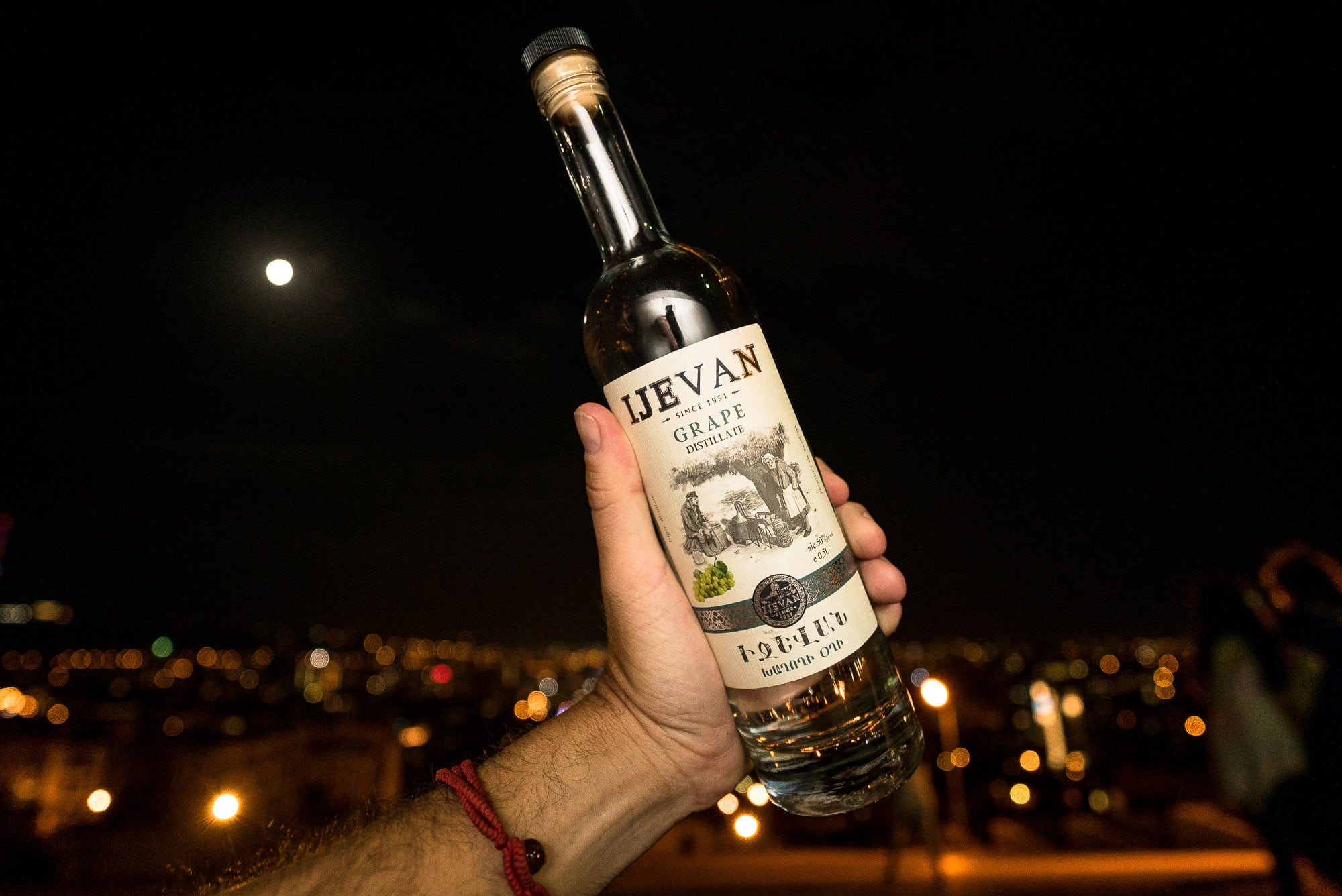 And it’s all a bit hazy after that.

Activity: taking care of stuff
Soundtrack: System Of A Down - "B.Y.O.B"