I don’t like bus rides. And the longer they last, the worse I feel about them. So I wasn’t particularly happy when I went to a long-distance bus station this morning and tried to find my bus to Yerevan in Armenia: 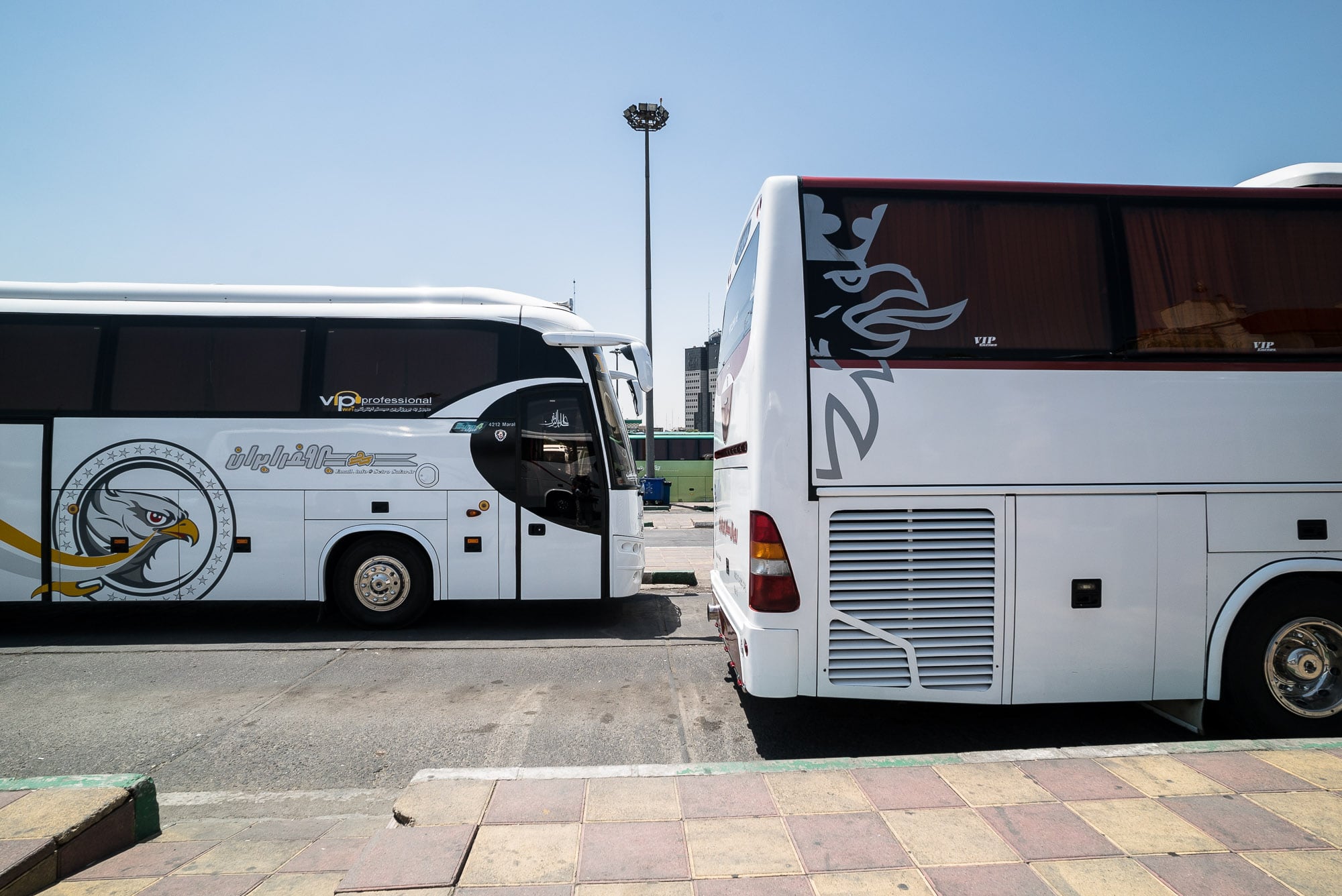 But I ended up finding it, and it ended up offering just as much leg room as the bus from the day before, so it didn’t seem to be that bad.

So I sat there, munching on cookies and mixed nuts, watching the Iranian scenery rush by: 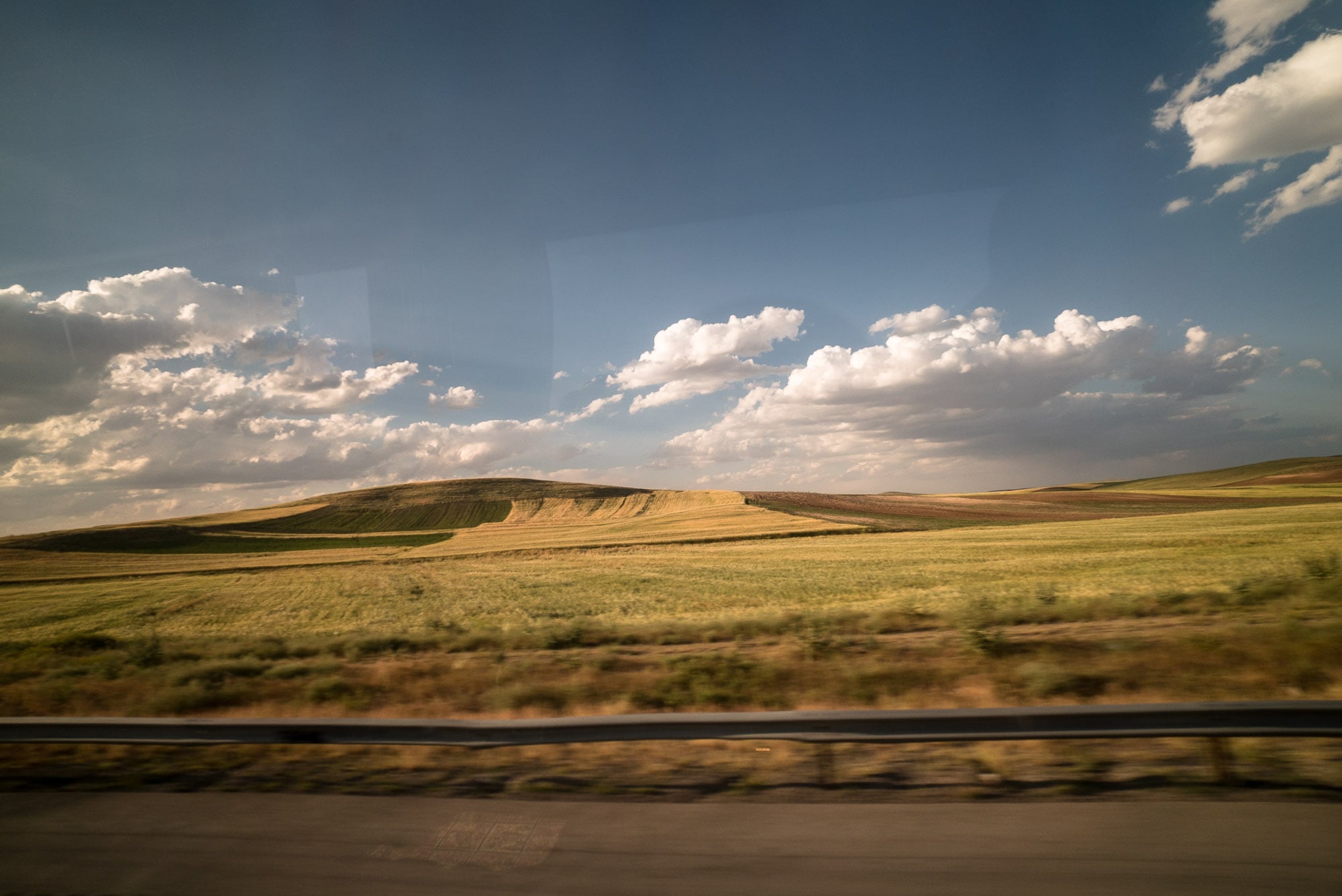 It felt a bit strange.

There weren’t that many people on the bus, so that was good: 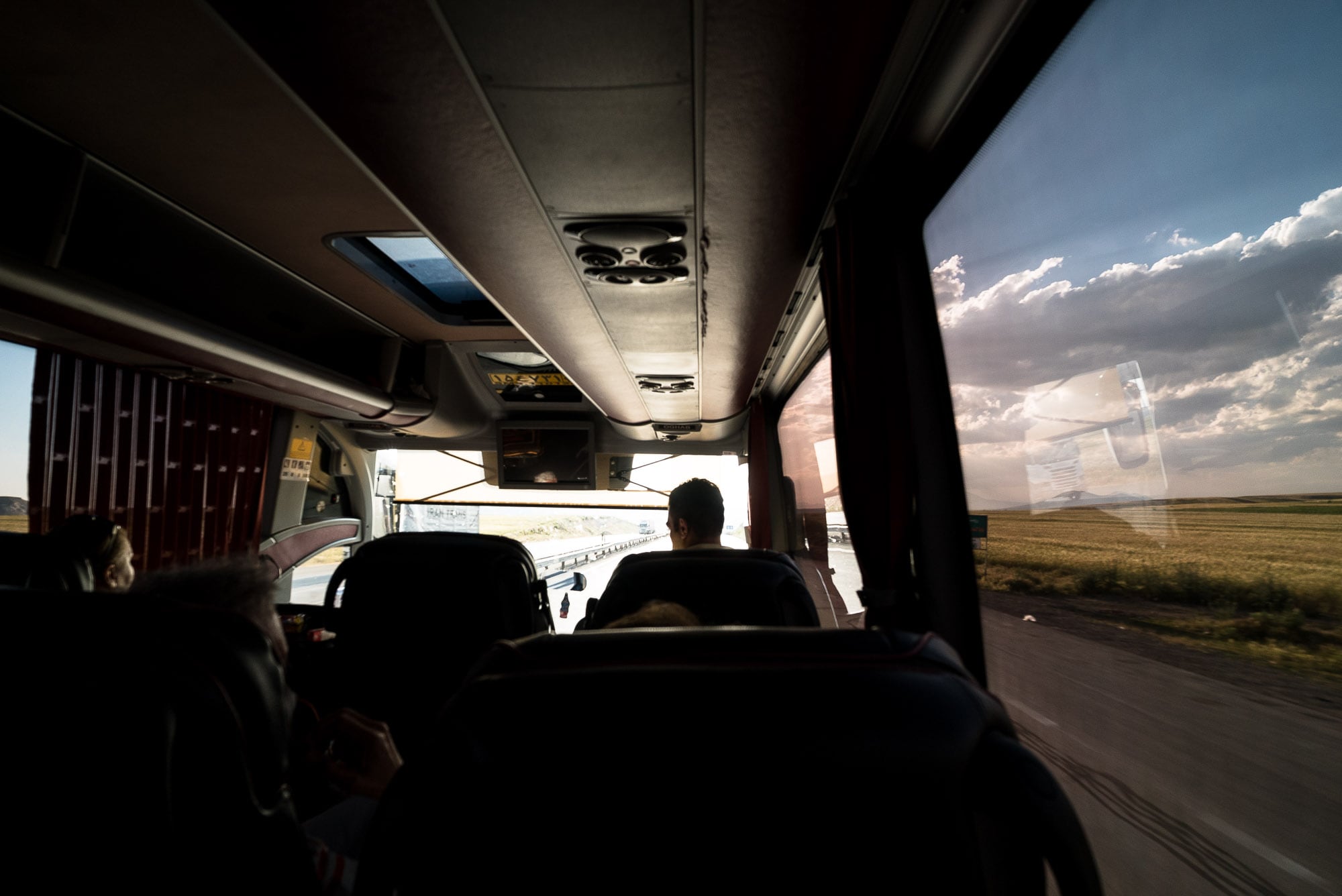 And the roads were not very curvy, so I got out my phone and binged HBO’s Vice Principals. It was a bit weird, but not bad, and it took some interesting turns towards the end.

Sometimes I looked up from the screen and saw nice things outside: 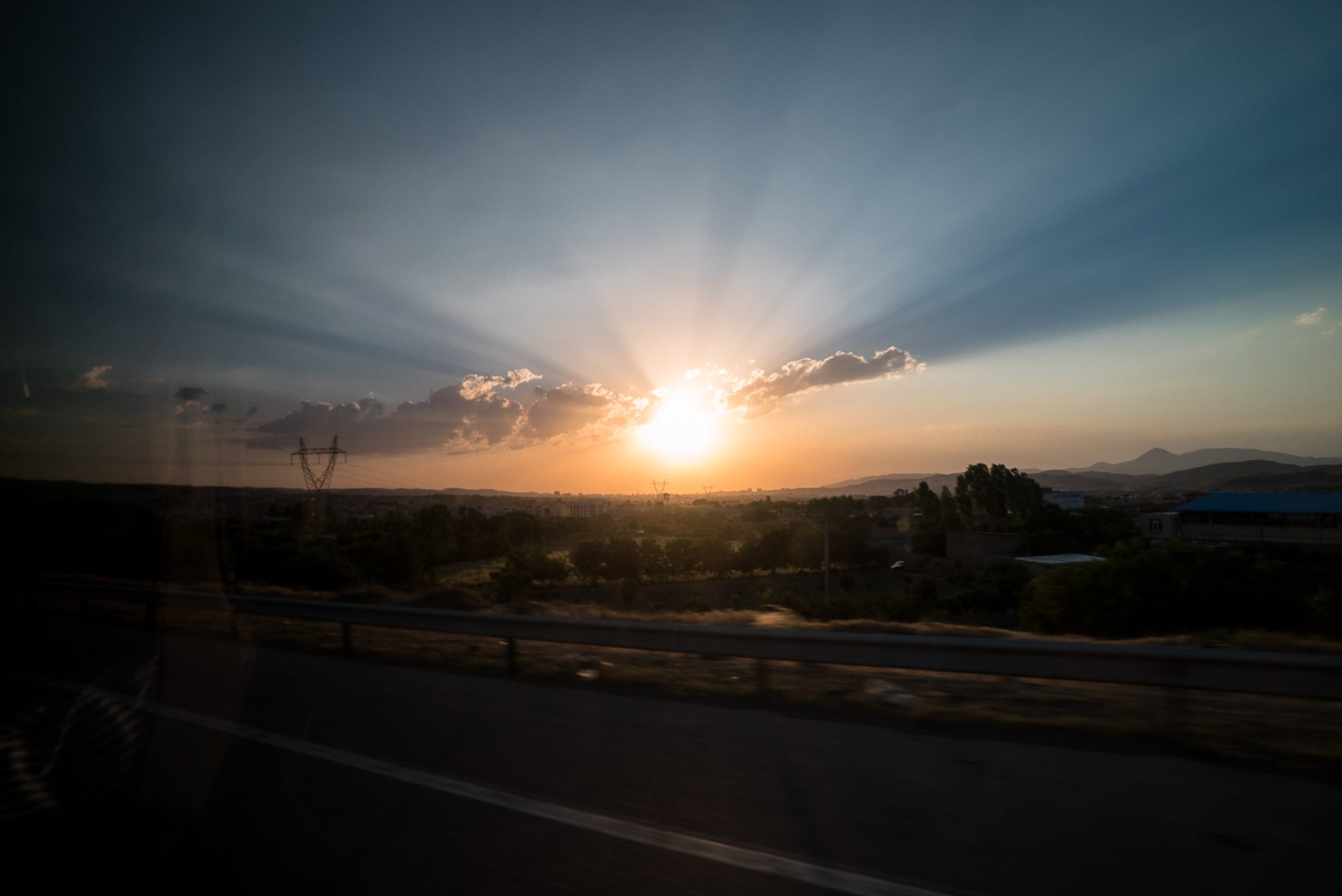 We stopped a few times, and one time we got dinner at this restaurant a few hundred kilometers from the border: 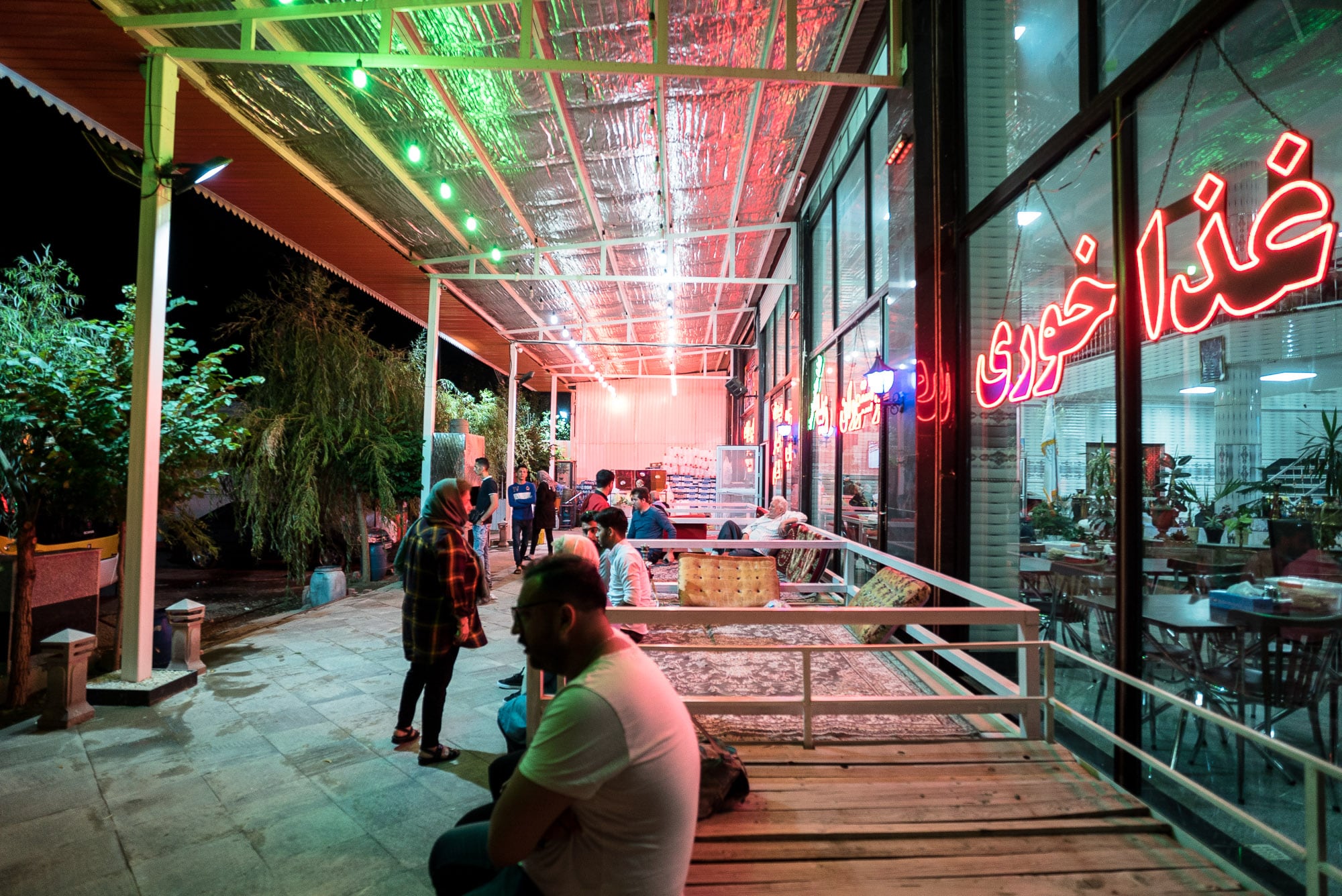 And then, in the middle of the night, we were there: The border of Iran and Armenia.

My fellow Iranian bus passengers had to pay a fee of about thirty dollars in order to be able to leave the country. This was a new policy, and they were all very angry about it. I didn’t have to pay anything, and I didn’t wait for the bus to take me from the Iranian side to the Armenian side. I walked it: 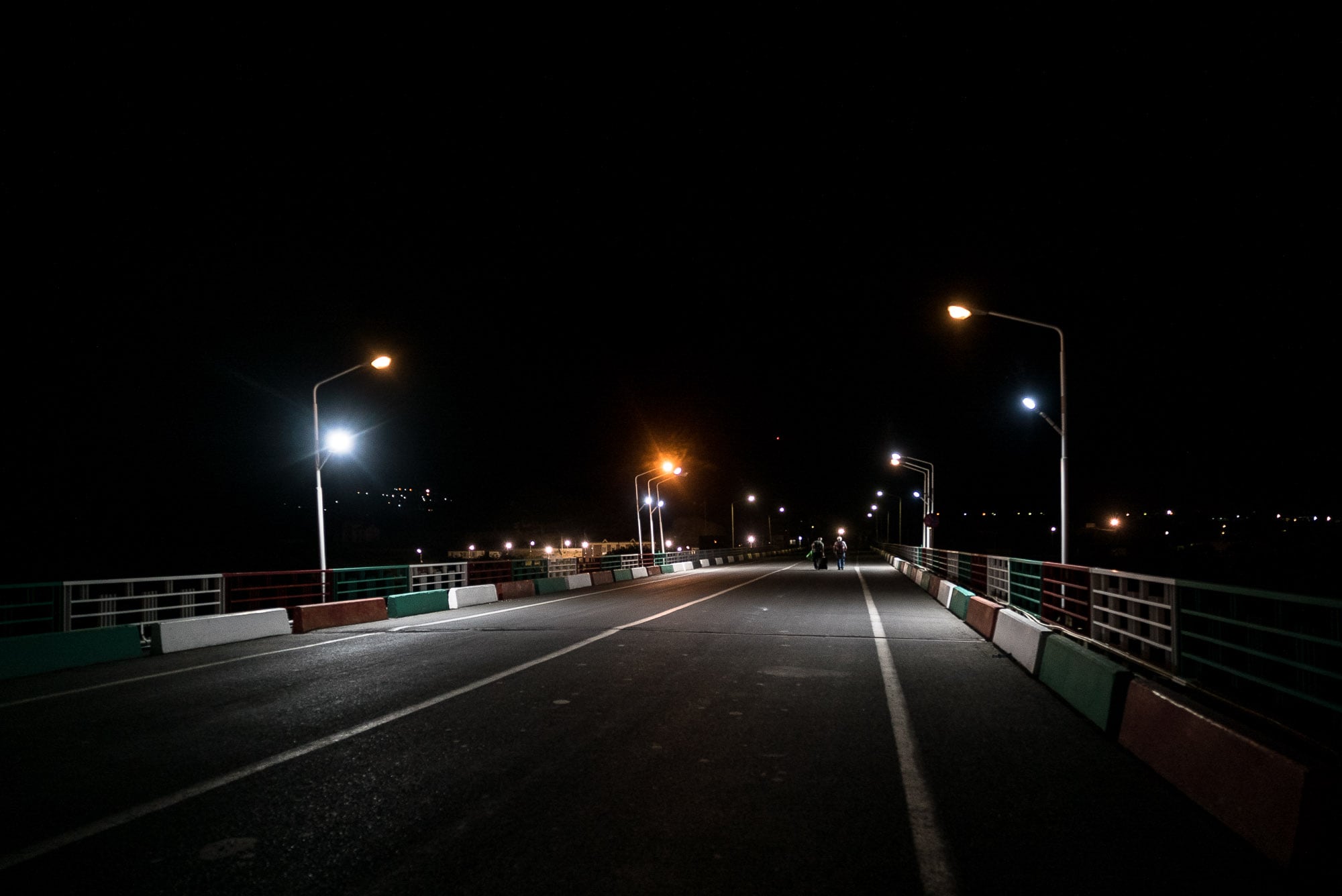