My Iranian visa was due to run out in a few days. Two months earlier, I had been able to extend it, but there were not more possibilities for an extension now.

So today I got onto a bus to Tehran. It was a so-called “VIP-bus”, and it was pretty nice. At least the leg room was great: 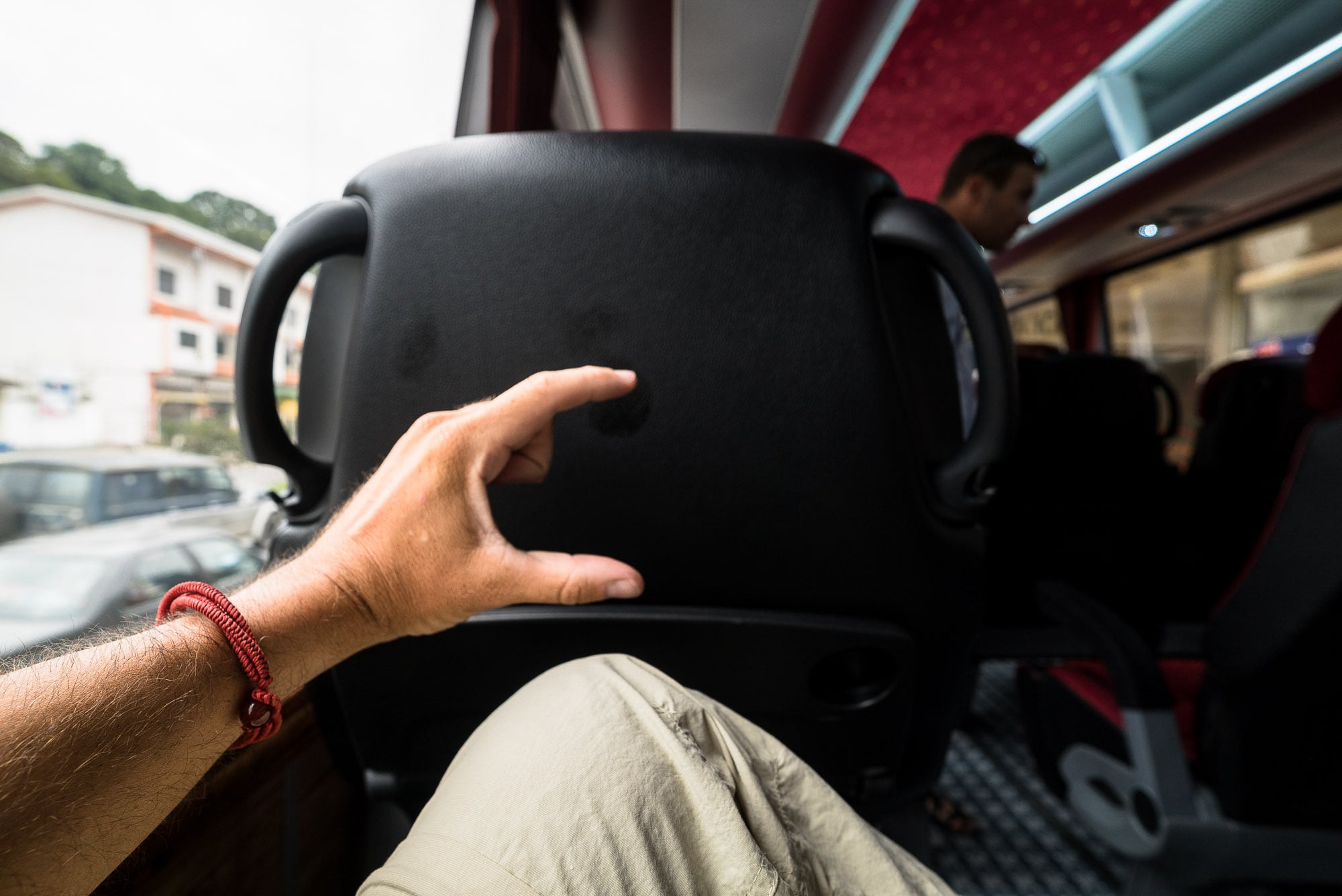 We then rode a bit more than four hours through the mountains between the Caspian Sea and the plateau where Tehran was located. The road was winding like a corkscrew at times: 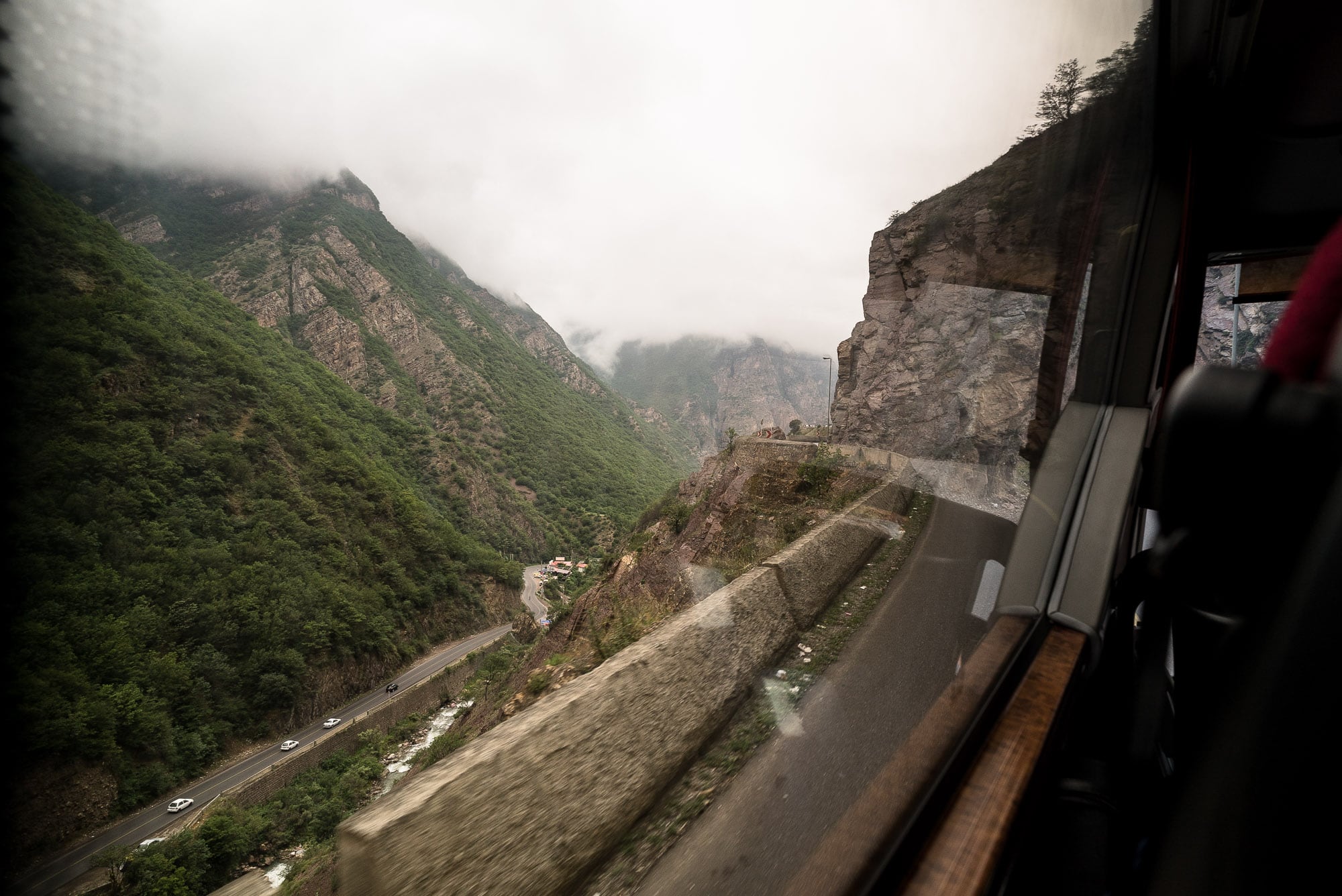 When I arrived at a massive bus terminal in Tehran, the taxi drivers wanted an unreasonable amount of money, so I got angry and decided to walk. Maybe not all the way to may friend’s house, but I was going to walk somewhere!

That’s when I noticed Tehran’s landmark, the Azadi Square, in the distance: 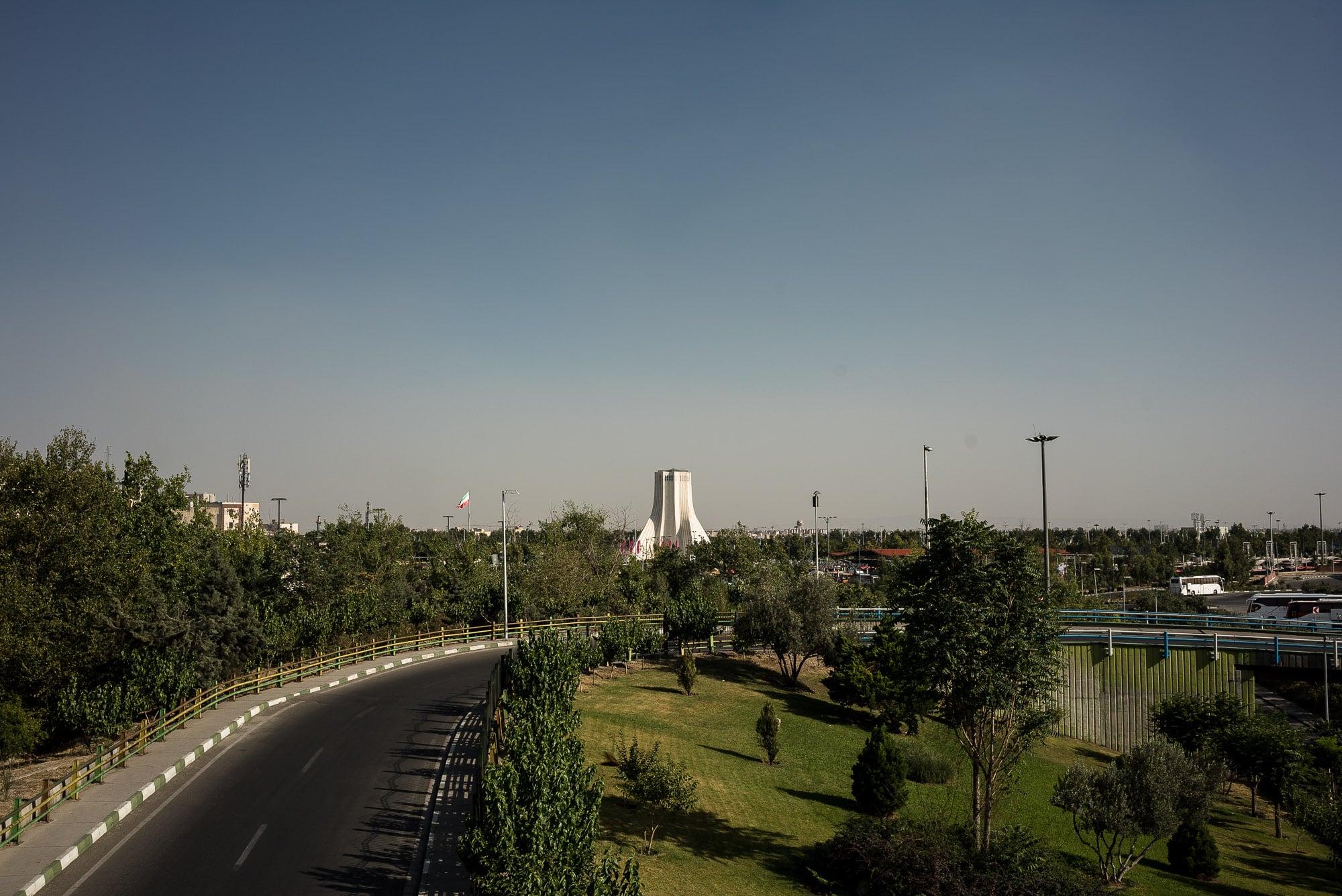 I crossed a pedestrian bridge: 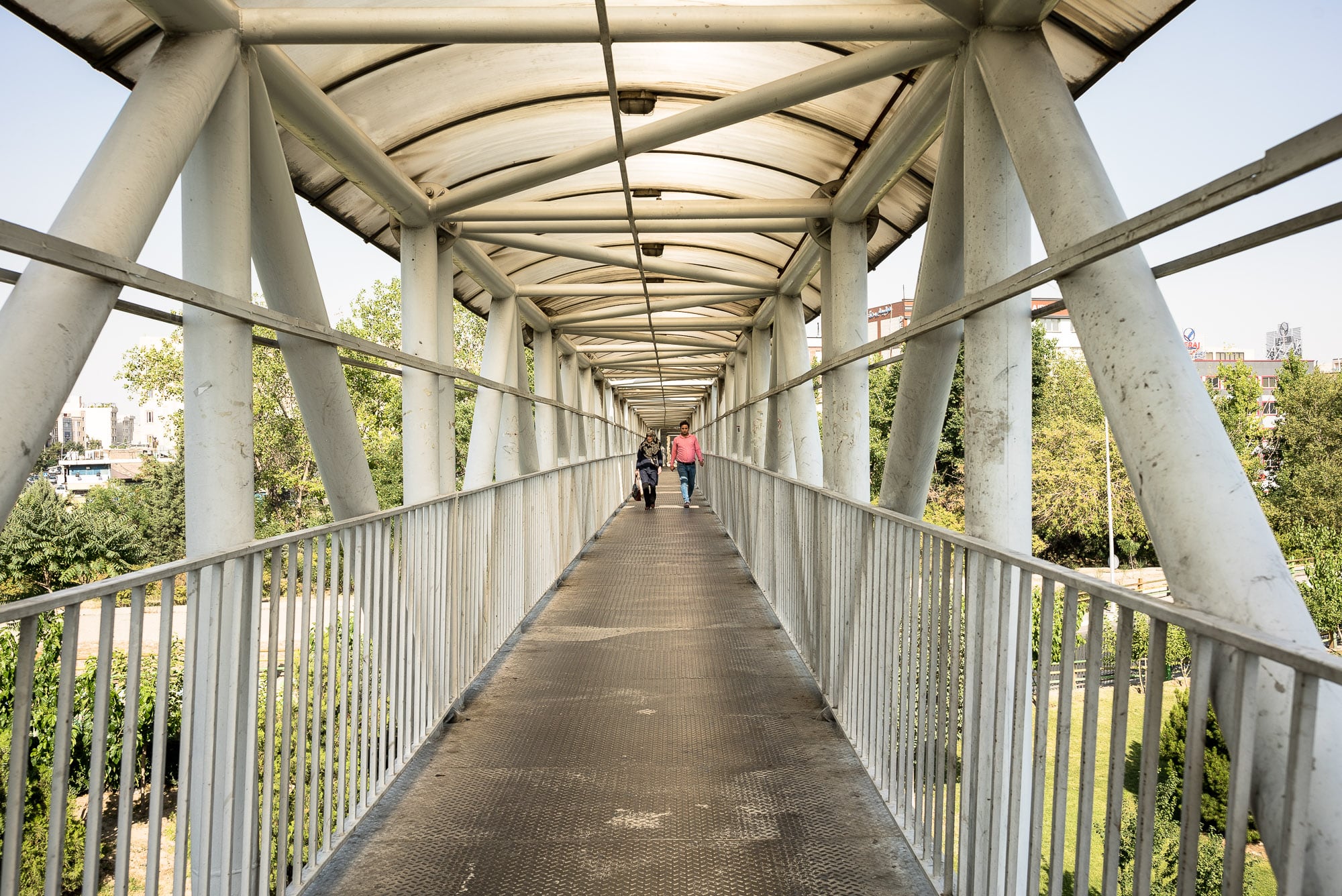 The traffic and the urban design reminded me of Beijing: 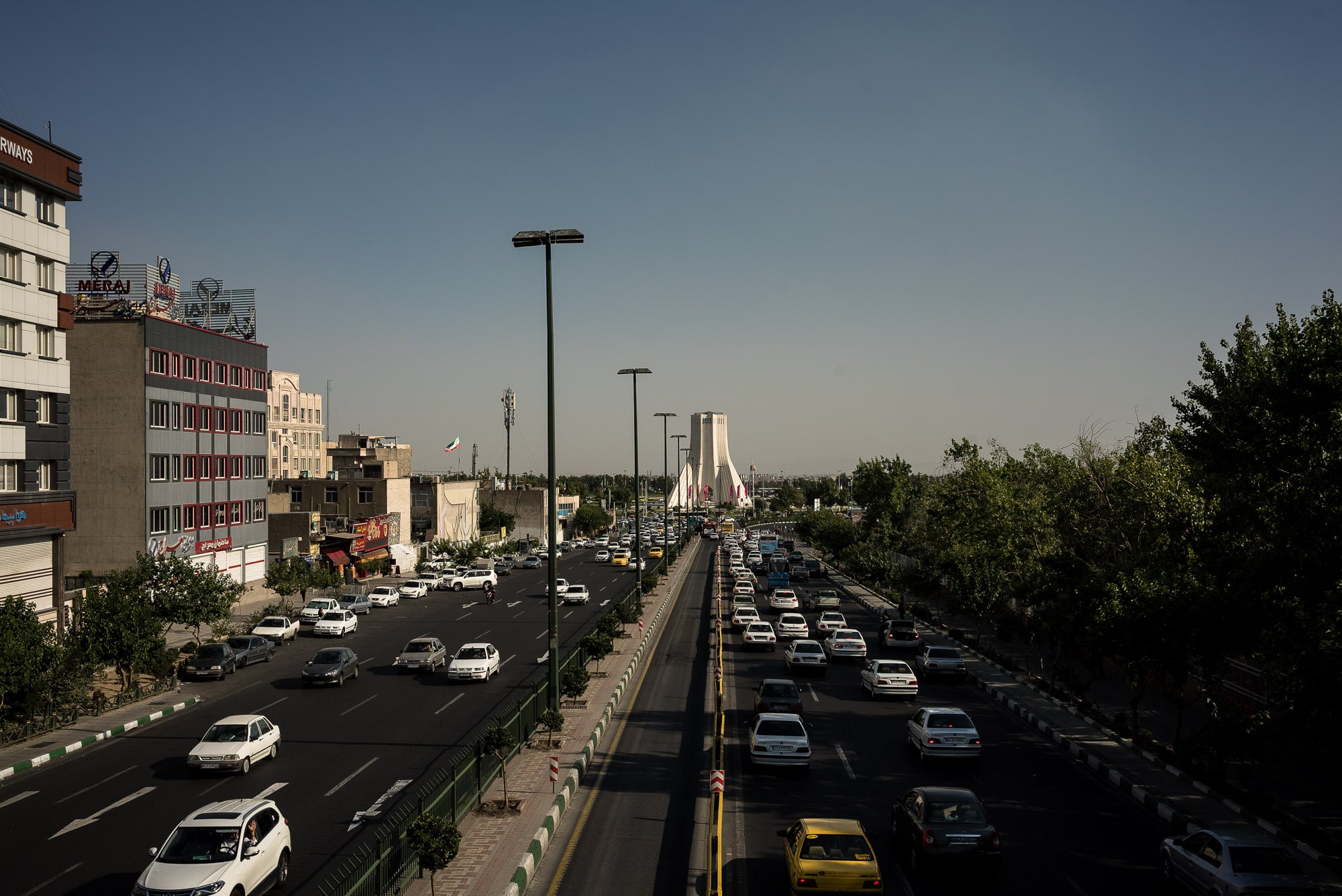 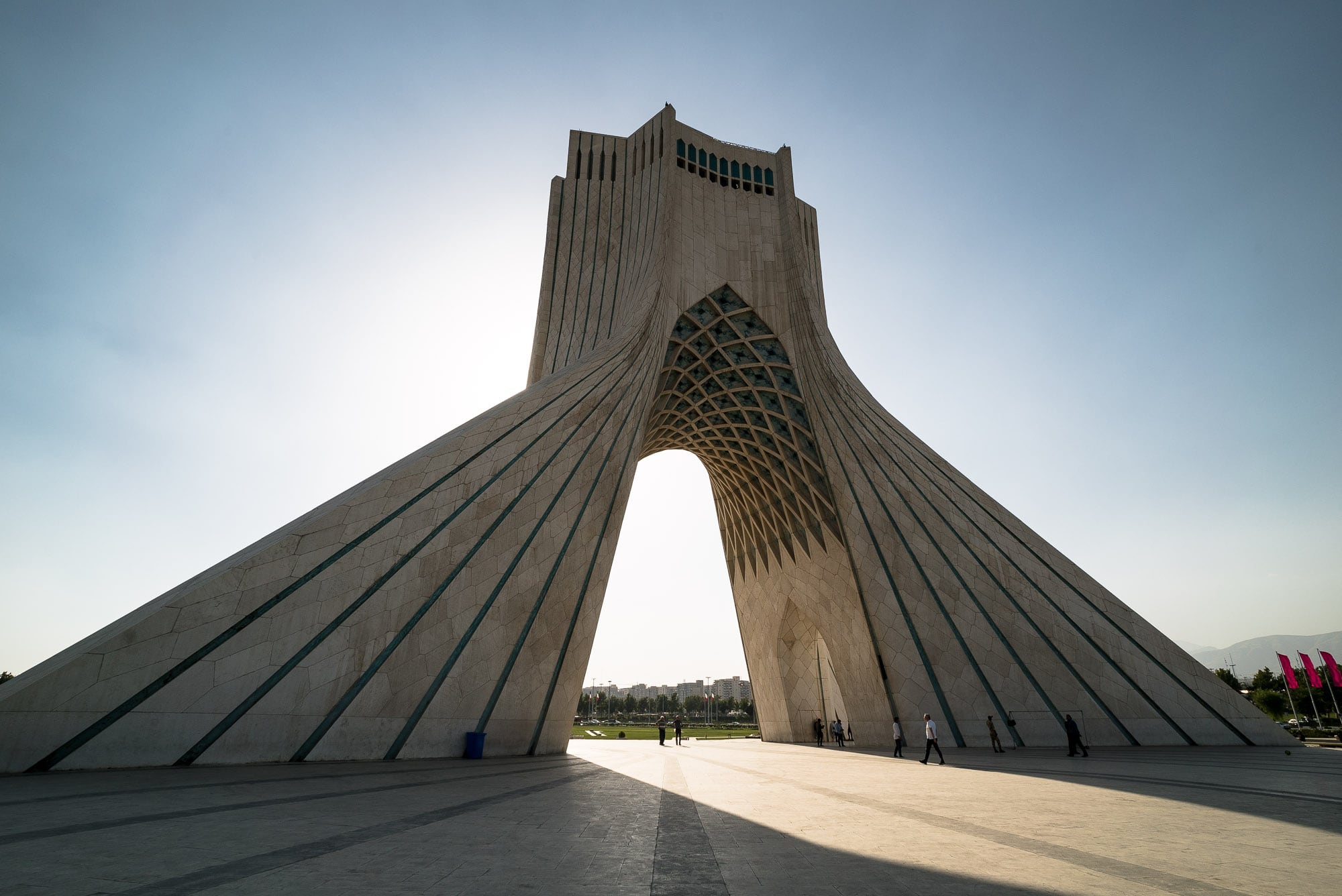 At Tehran’s Azadi Square, a place that I had seen countless times in pictures and videos: 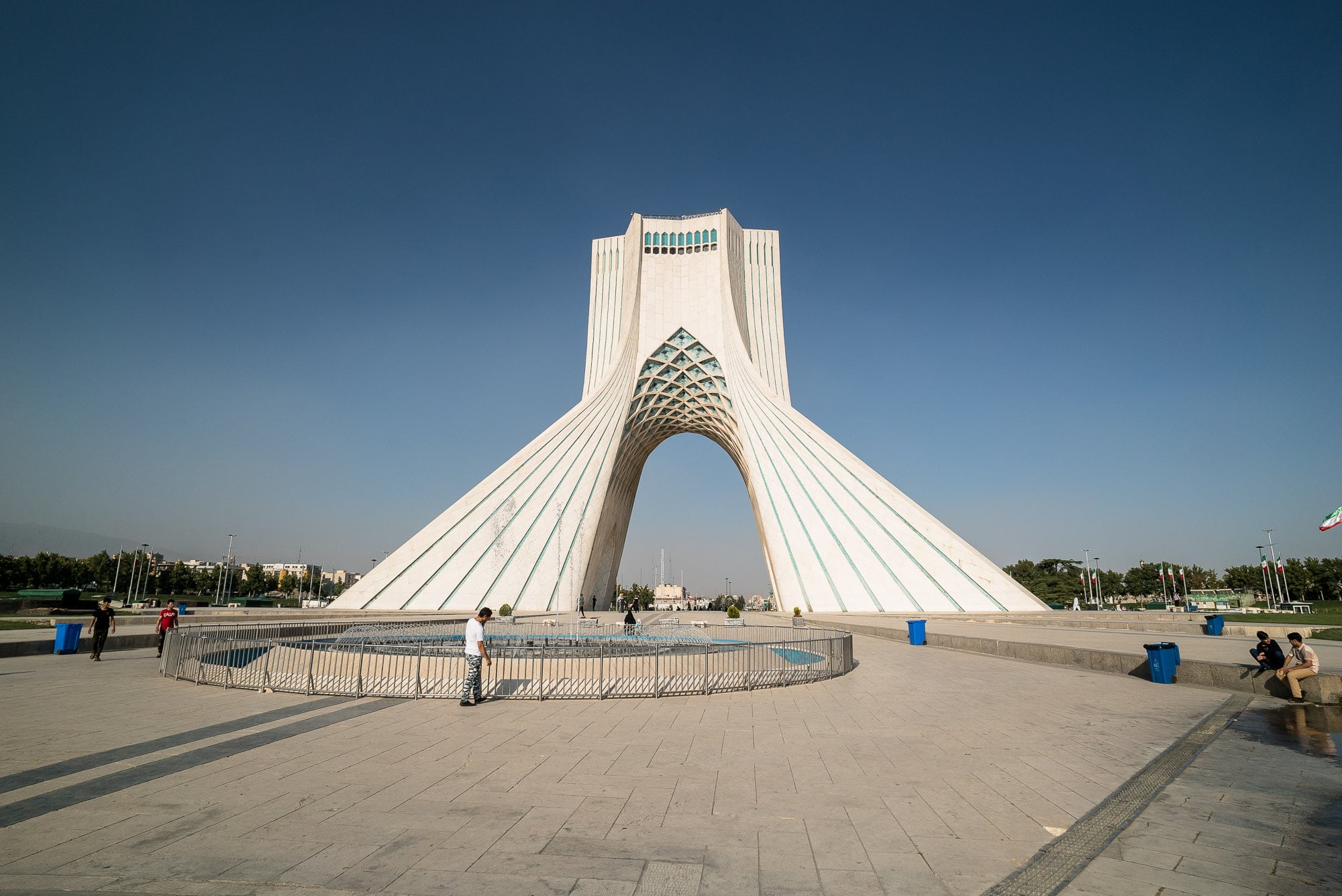 Some young men were playing football next to the foot of the monument: 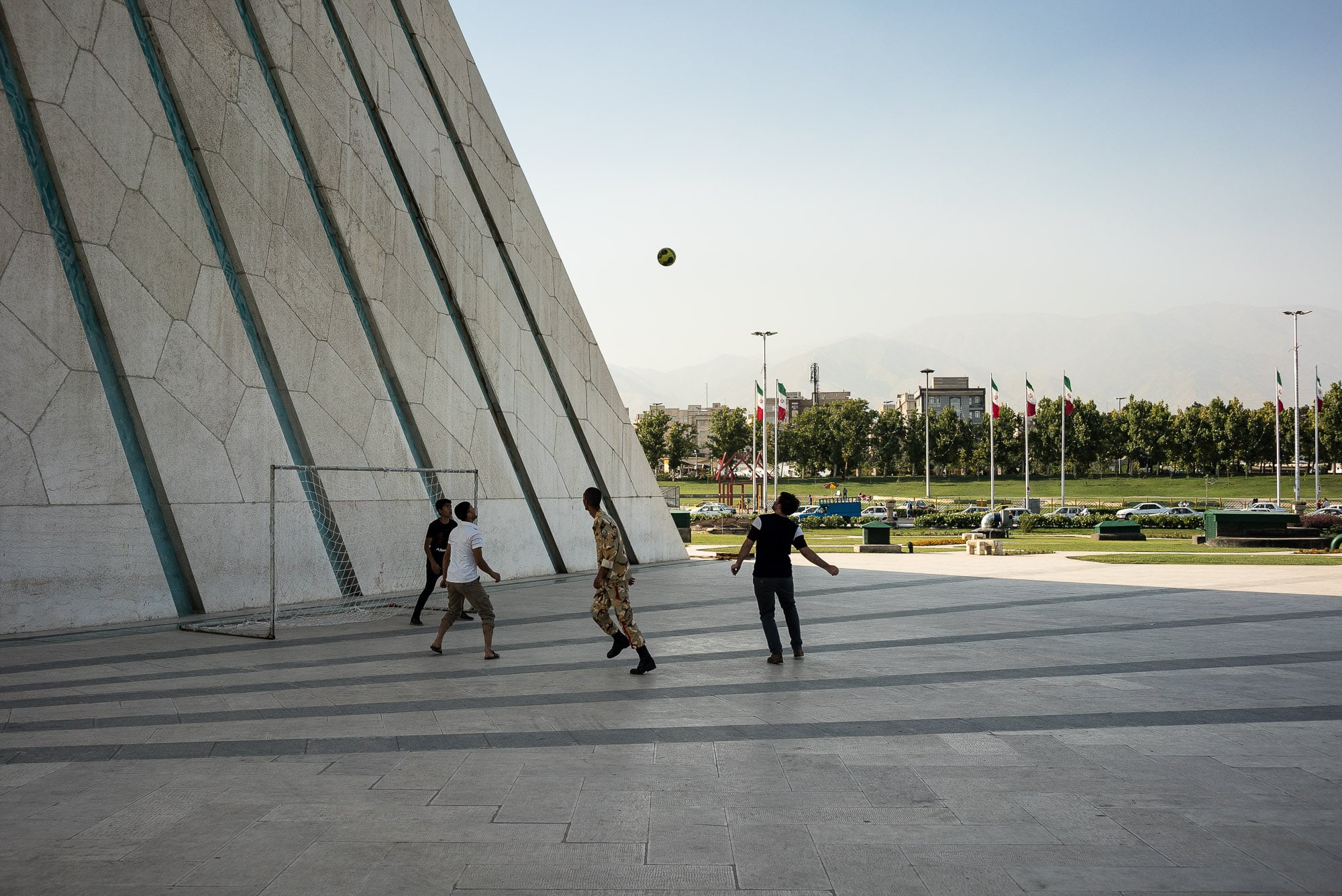 I decided that, from here on, I was going to take a taxi.