So I would basically just sit there, drink tea, and type stuff into the computer. One of the numerous things I wanted to take care of was a problem that had arisen over on my YouTube channel. Long story short: I had ended up sending a box of cookies to YouTube because I wanted them to do something for me. But it hadn’t worked.

When I wasn’t busying myself with important tasks like this, I went to the beach and tried to get another selfie in the waves: 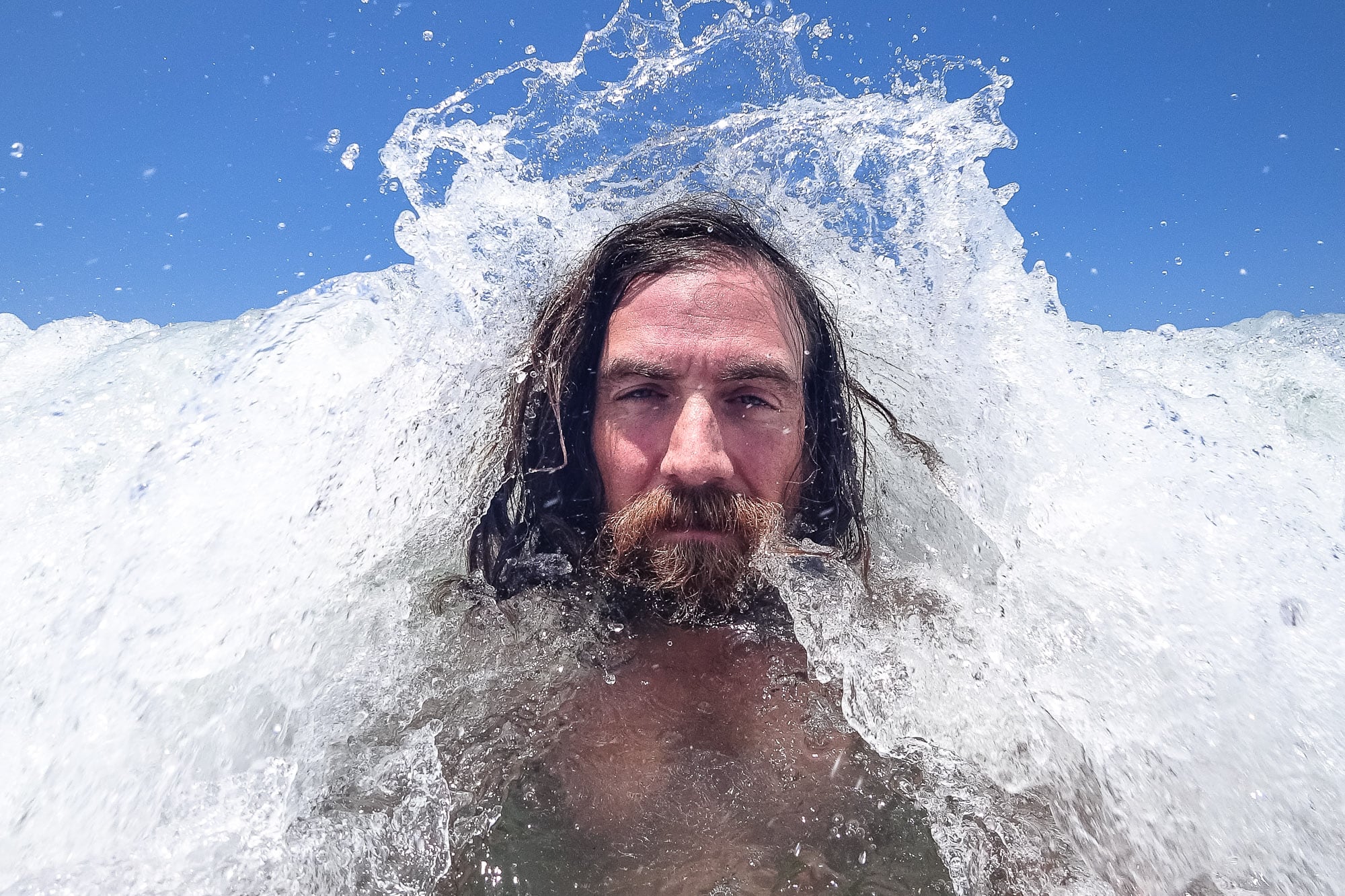 The previous selfies had all been great, but I had set the camera angle to medium instead of wide which had rendered the photos unusable for me.

One time I walked around in Fereydunkenar looking for bread: 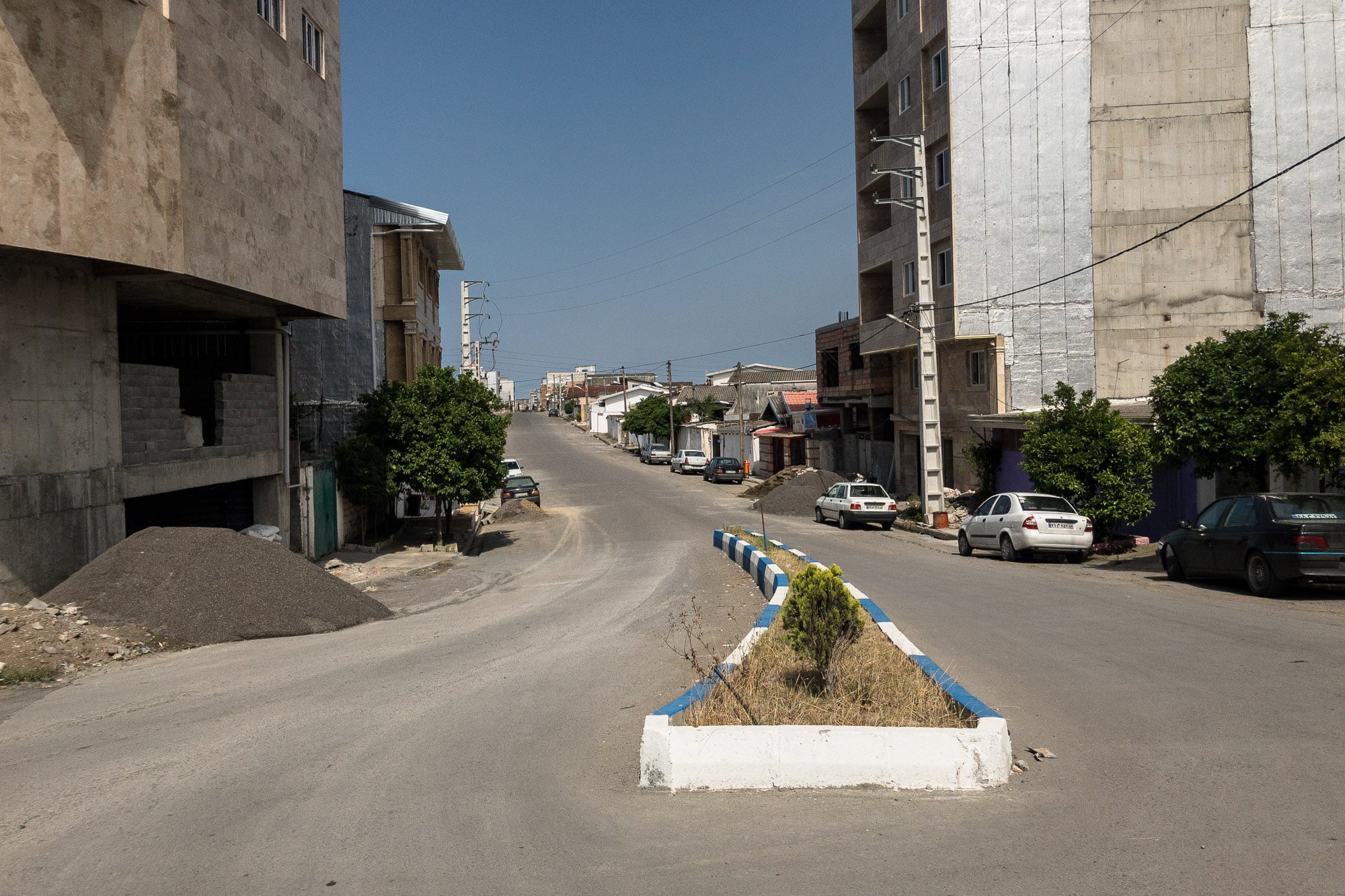 There were lots of buildings that looked like they were not quite finished yet: 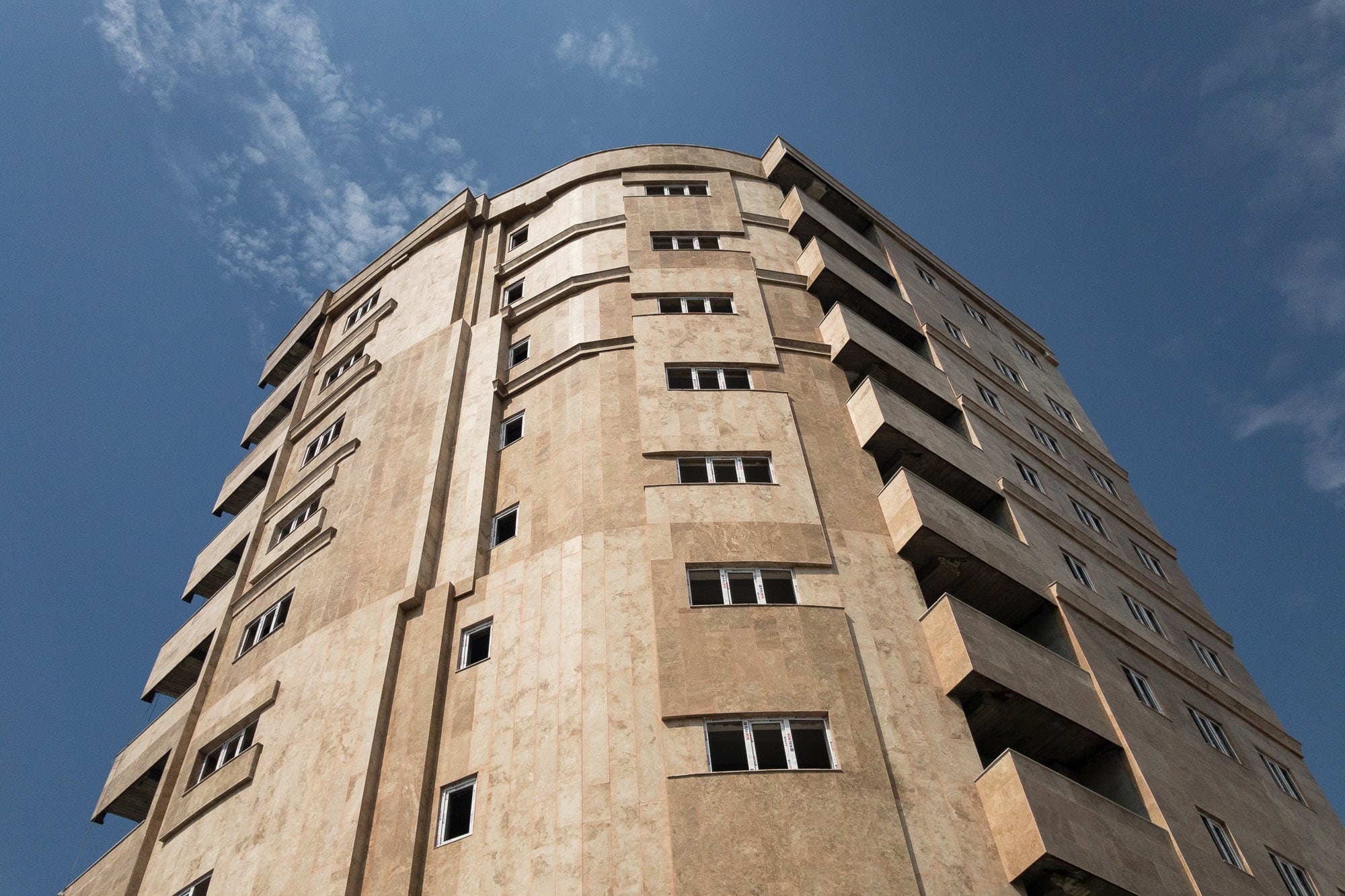 They reminded me of my work.

At night I went to the beach again in order to sit on the swing and reflect on life and the purpose of it. There was something that I understood to be a frame for a movie screen, but nobody ever seemed to use it: 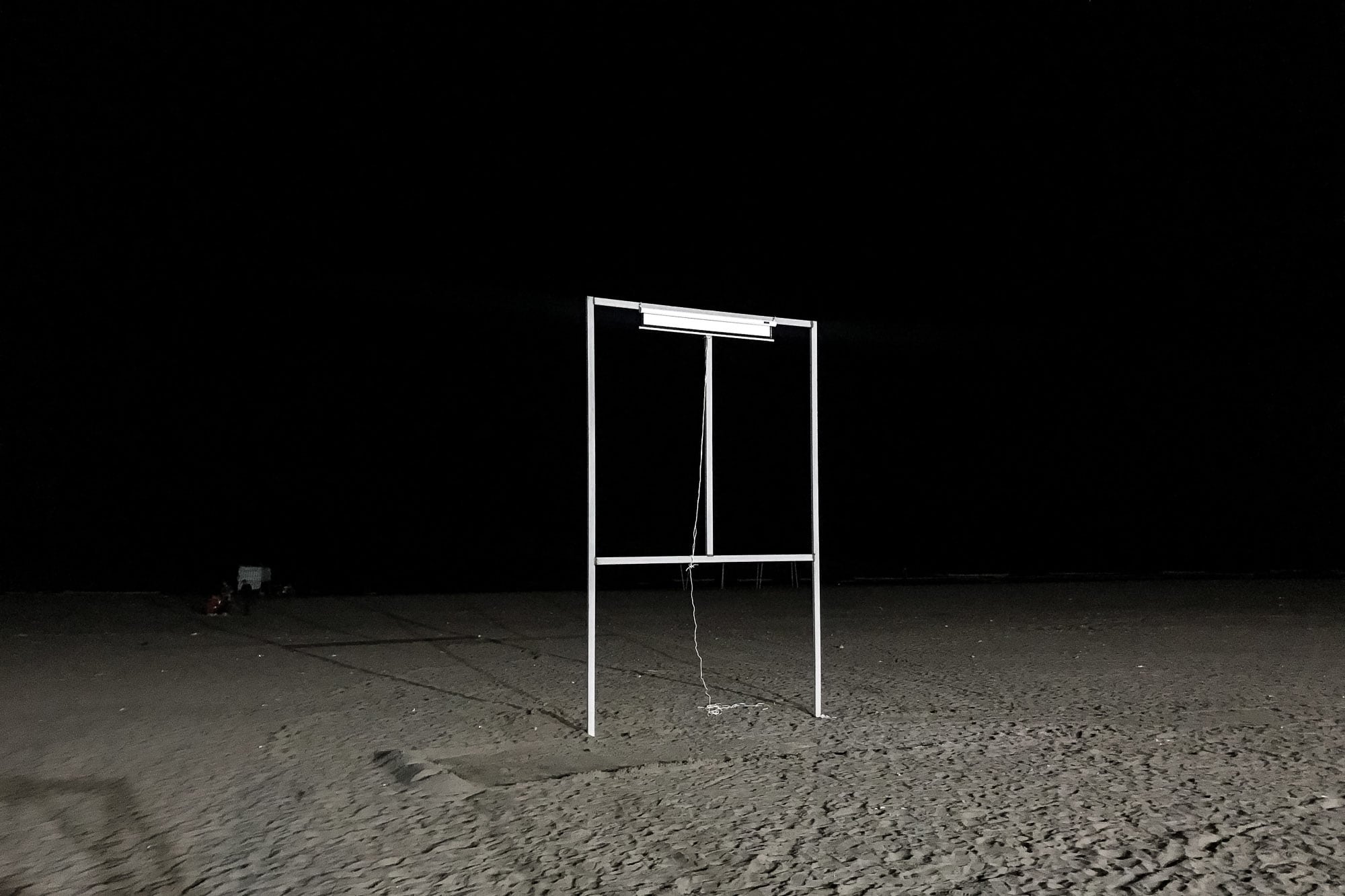 Oh, and the most awesome thing happened!

Well no, actually this story starts with a tragedy. It’s the tragedy of my two blue stools. I had gotten them after the death of the Caboose in the winter of 2016, and I had grown very fond of them. They were light-weight, they were the perfect height, and they were mine. I liked to sit on them, and sometimes I would invite someone else to share in the joy. But nothing lasts forever: they had grown old and weak. First one of them cracked under my weight, then the other one did the same. That was when I knew that the time had come.

So today I got new plastic stools – they were pink: 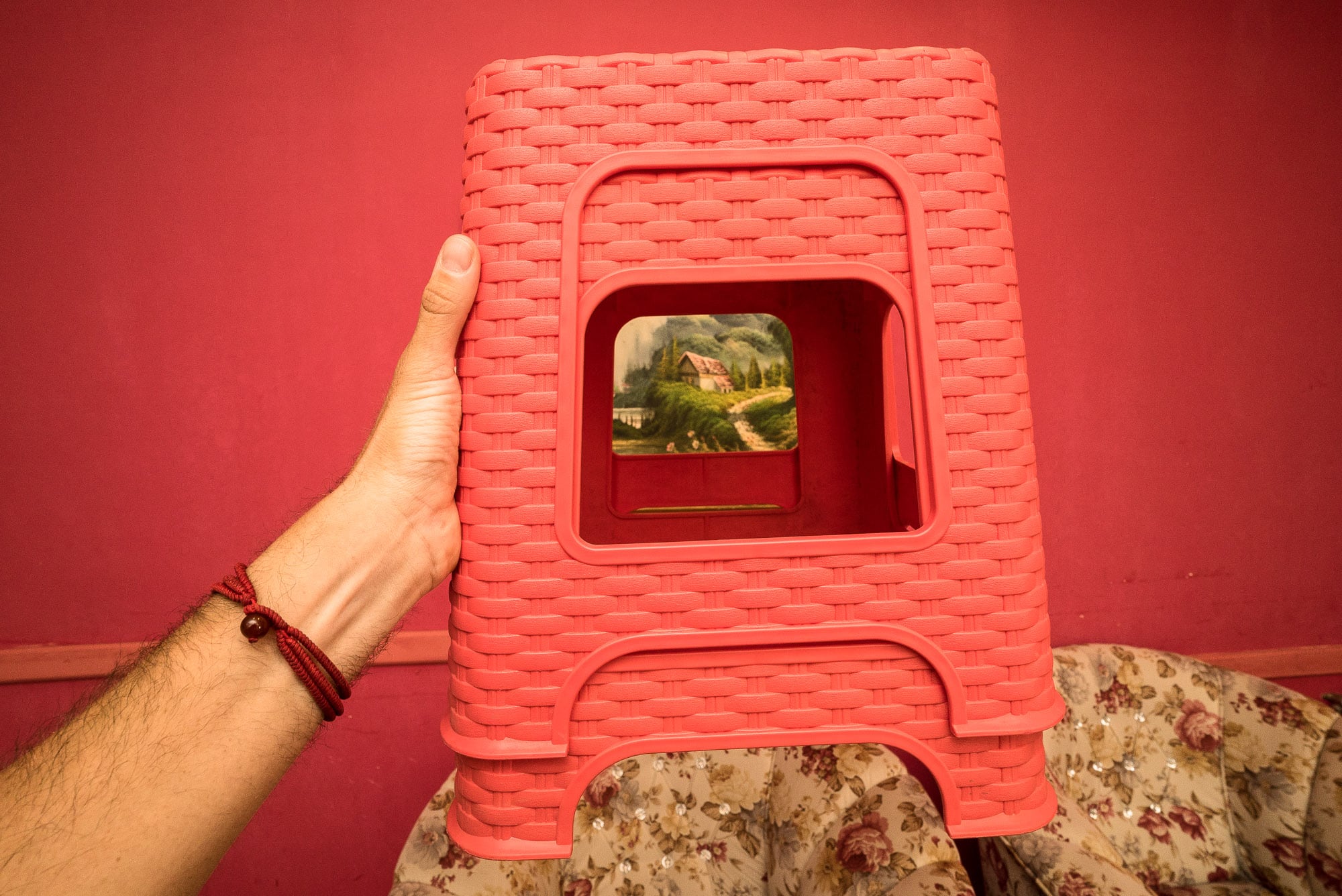