Did some more back alley wandering in Gorgan today. Looked at some old buildings, or sometimes just parts of old buildings: 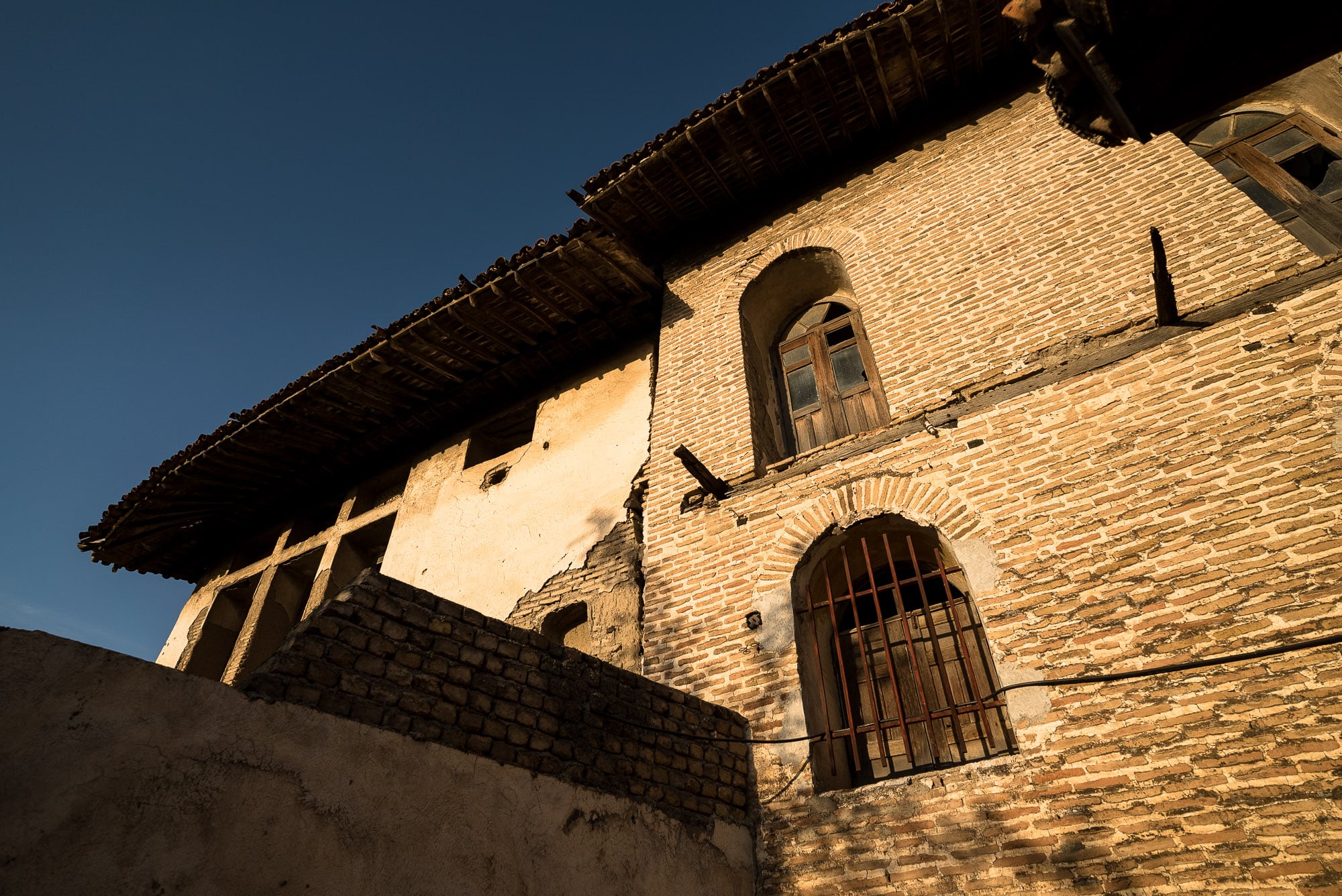 And I tried to learn from the photography style of my friend Evgene Chernyakov, but I found it to be very difficult: 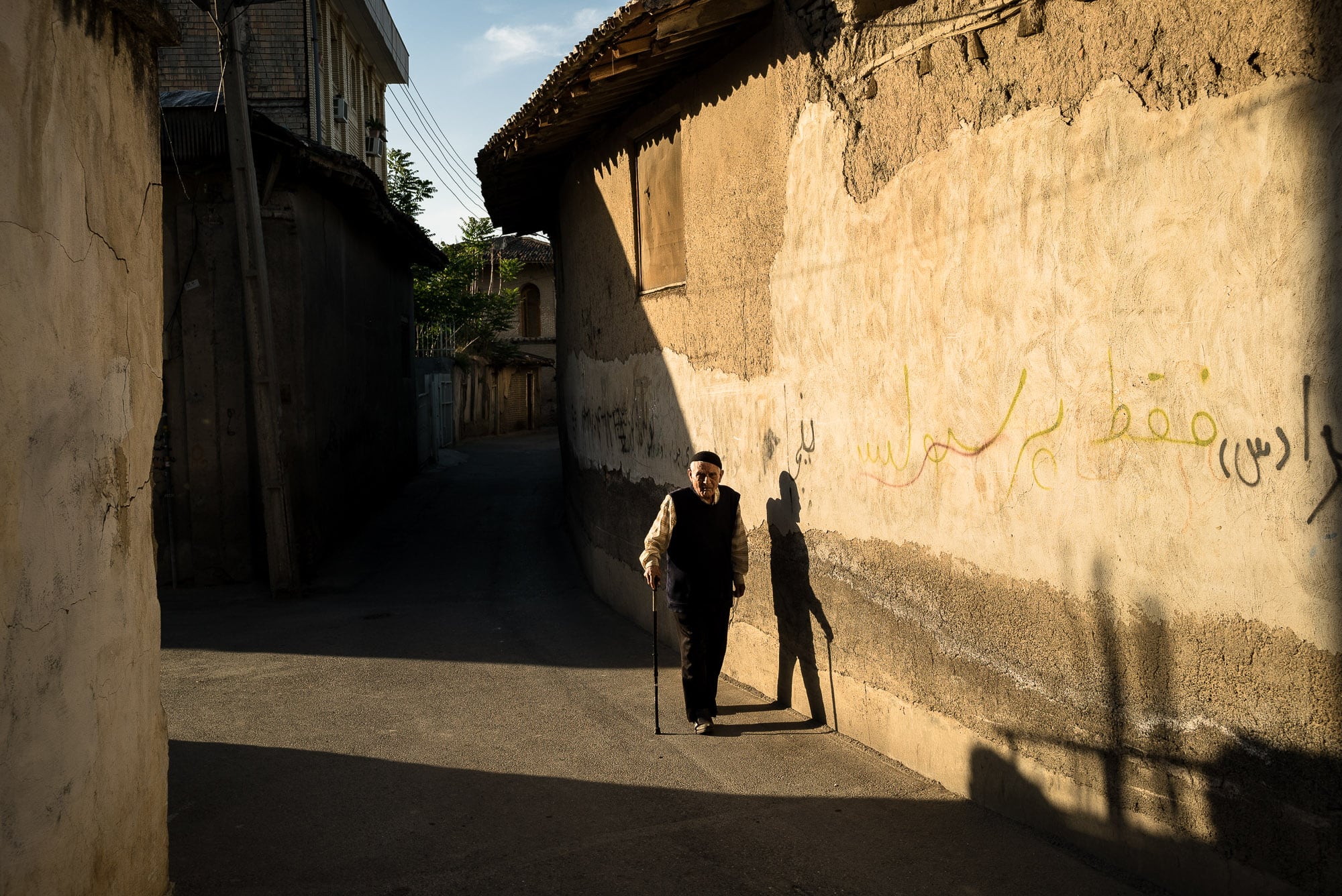 I was utterly lost at some point, and this gentleman came and showed me the way… 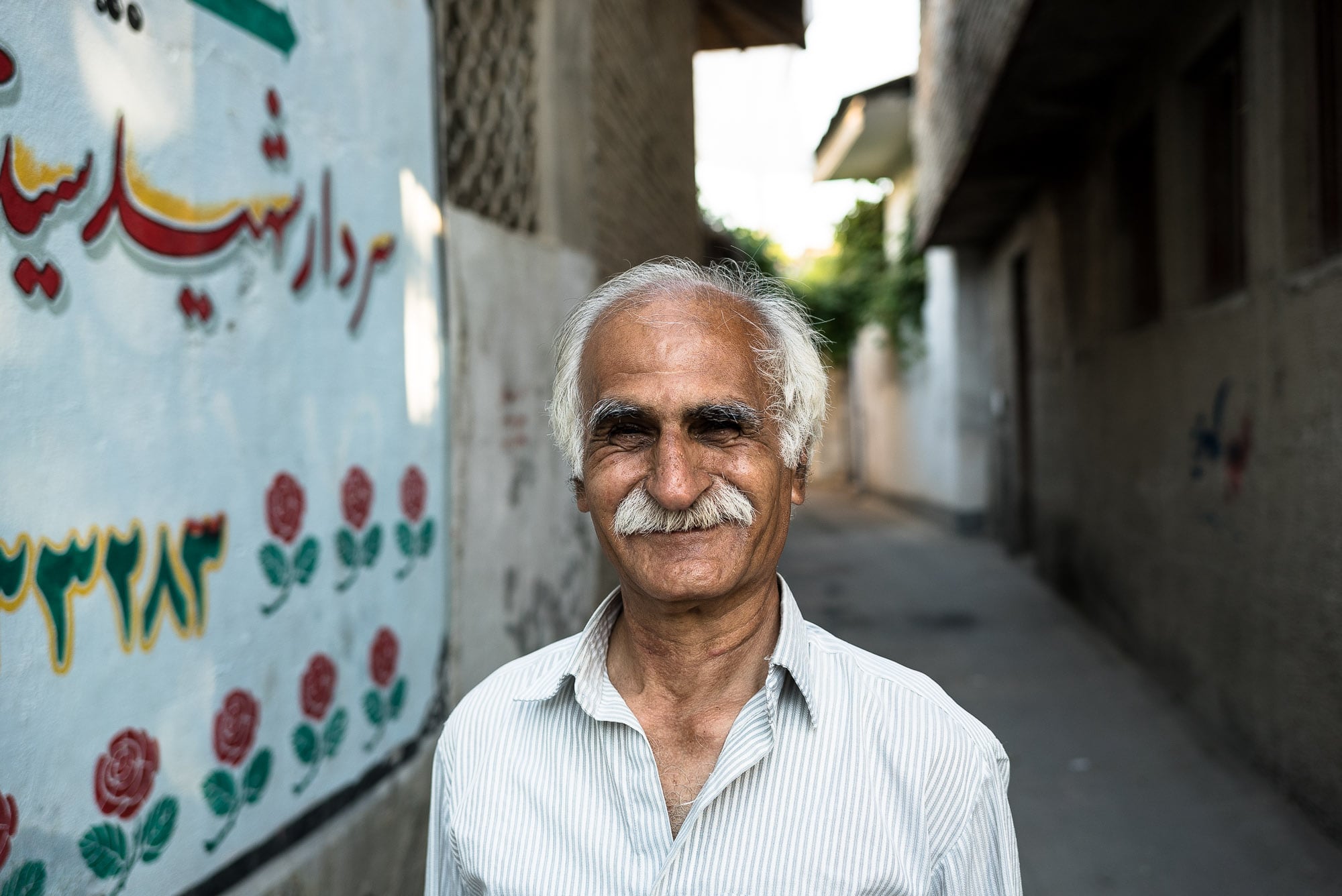 …upon which I was even more lost.

But some places are quite nice to be lost in: 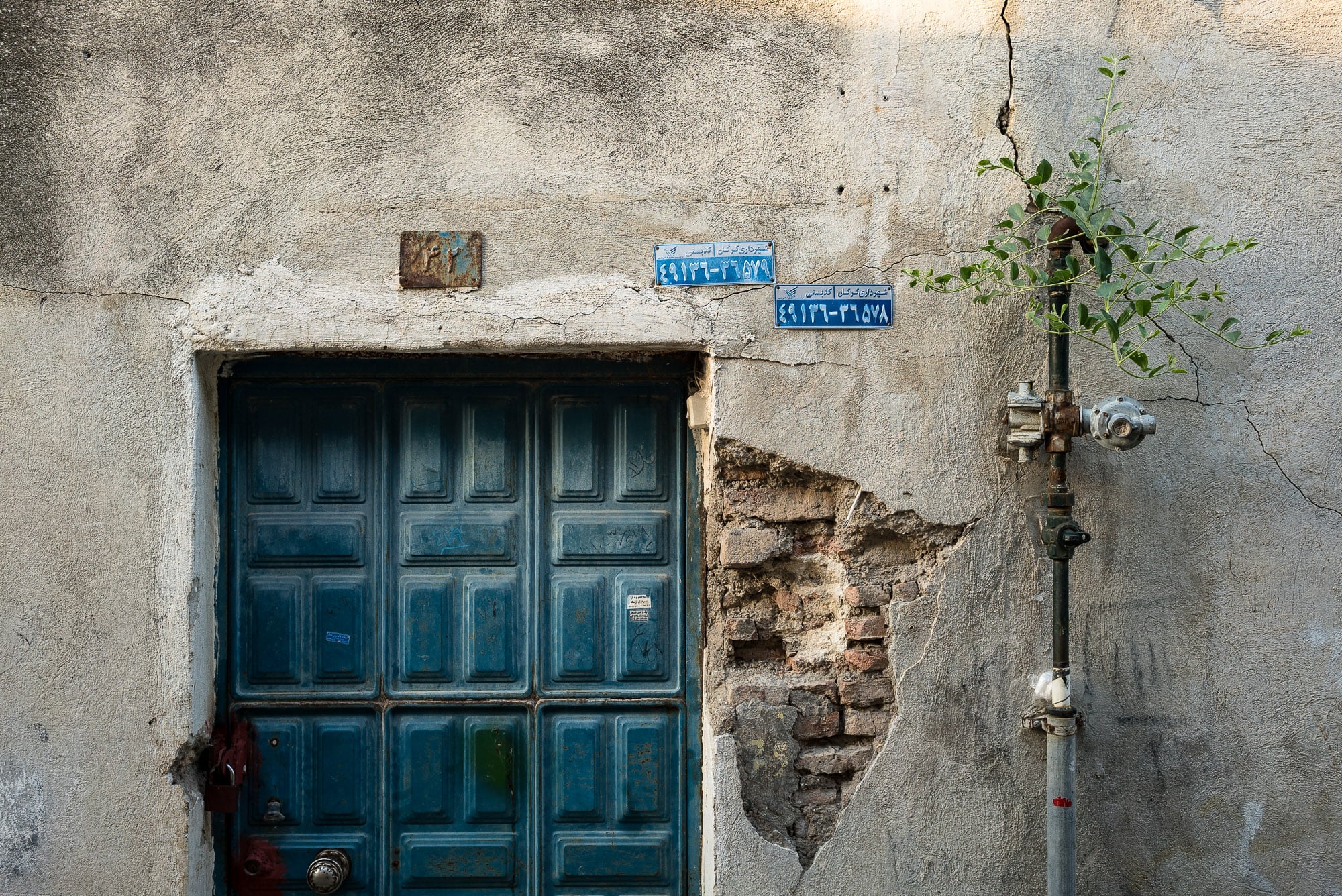 In the end I managed to find the central mosque, and with it, the bazaar: 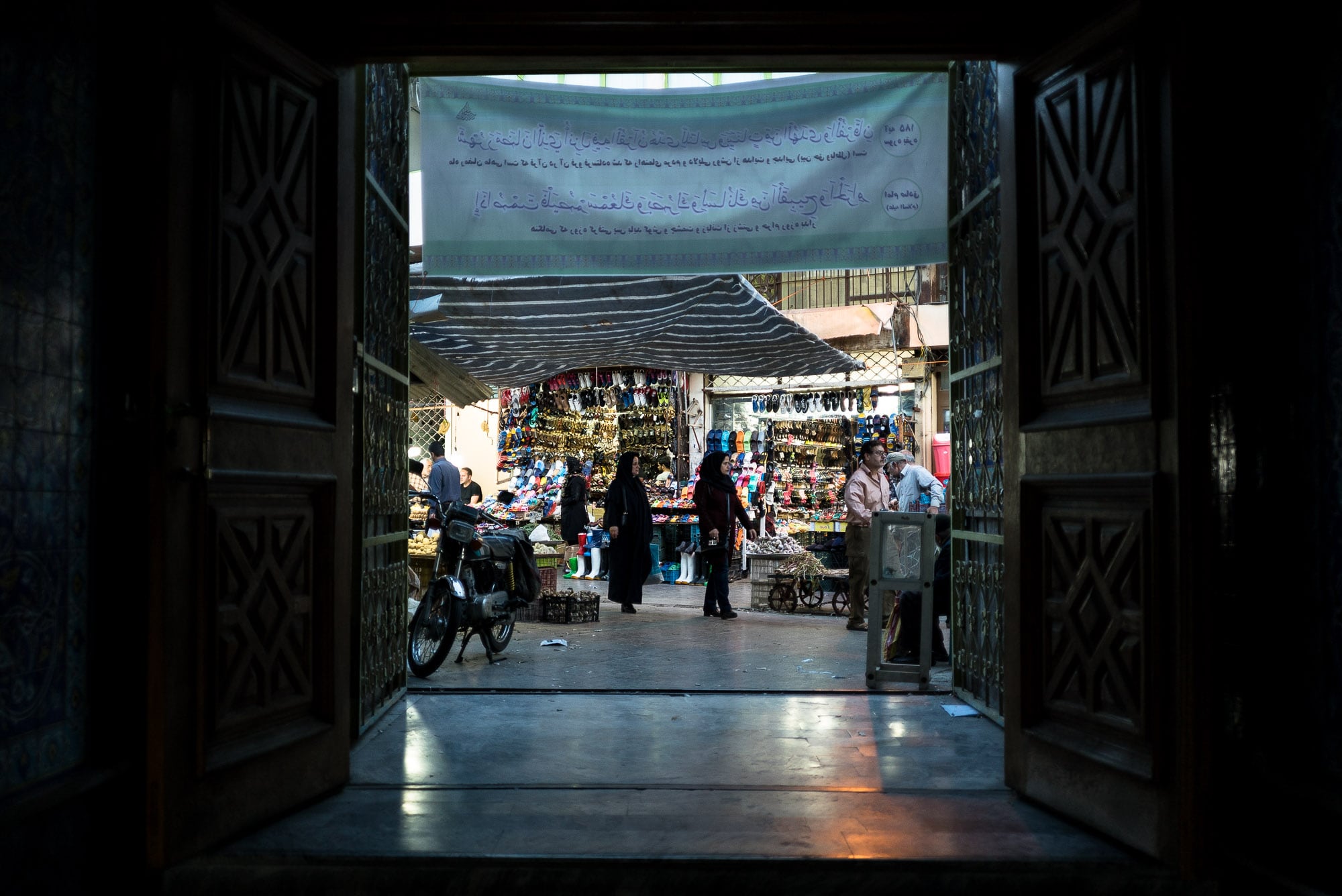 The bazaar was awesome: 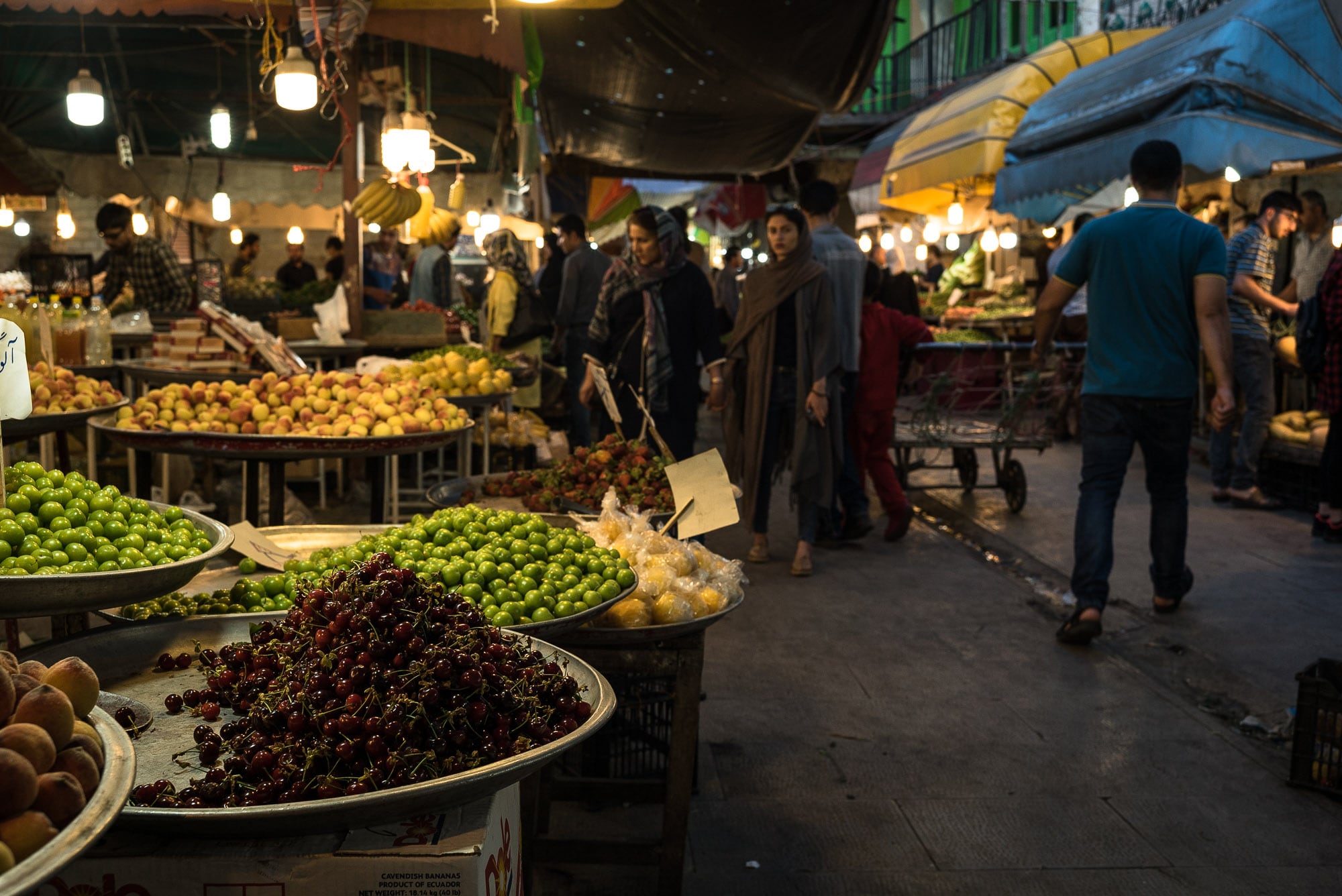 It was around the time of sunset, and many people were out food-shopping: 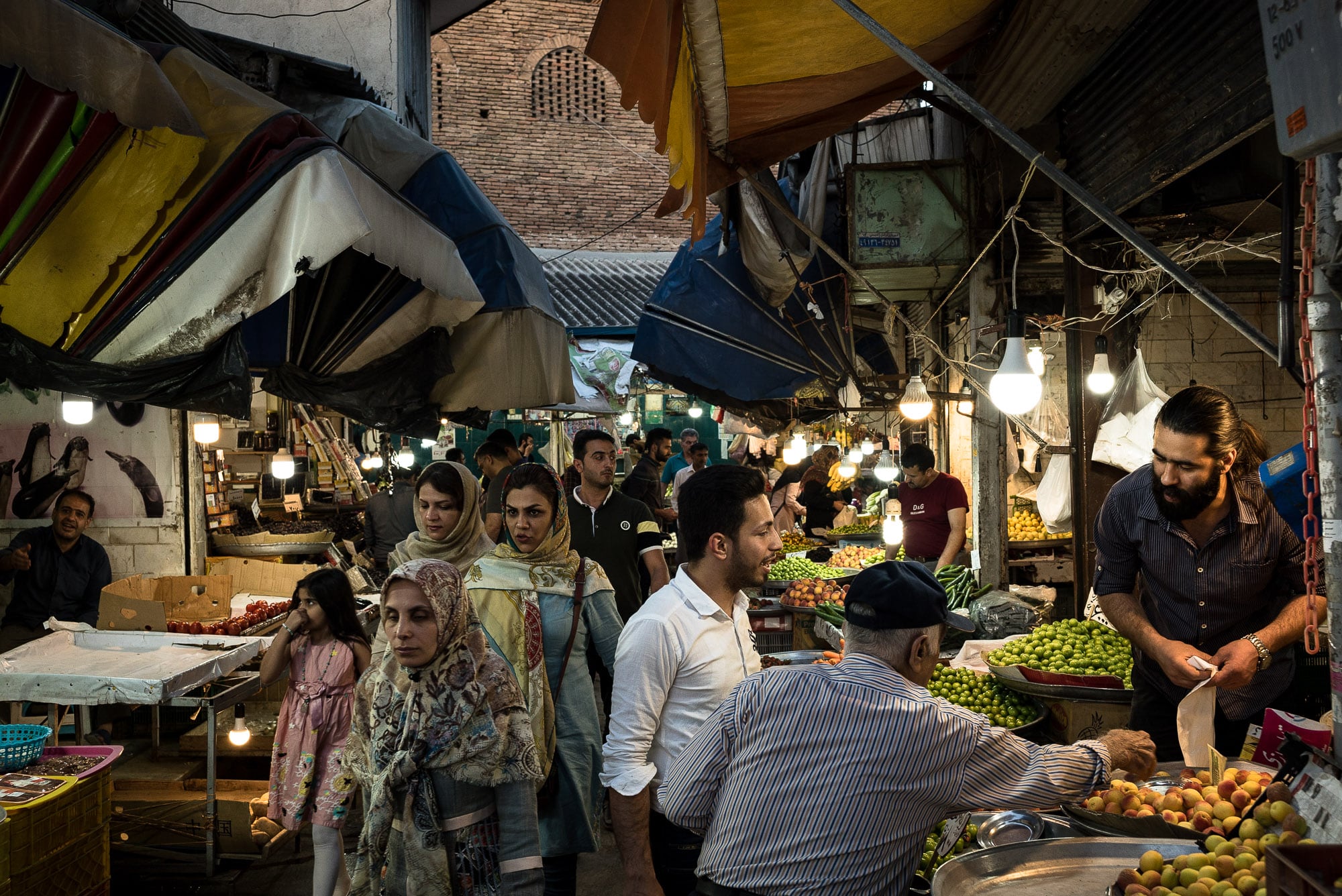 All this was accompanied by the sound of the prayer call: 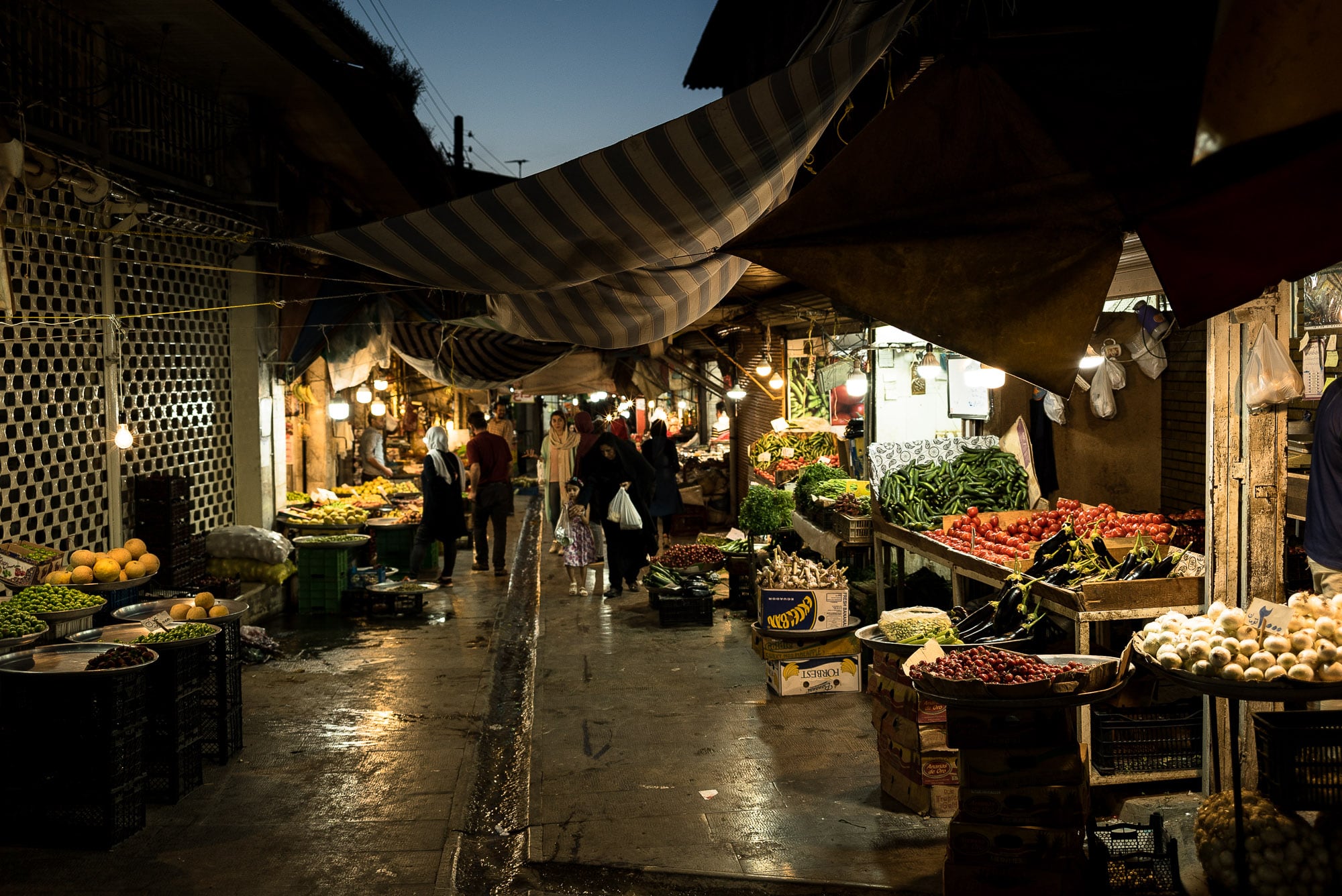 When night had fallen and the shops were about to close down, I started talking to some of the vendors in the bazaar.

They were all very friendly: 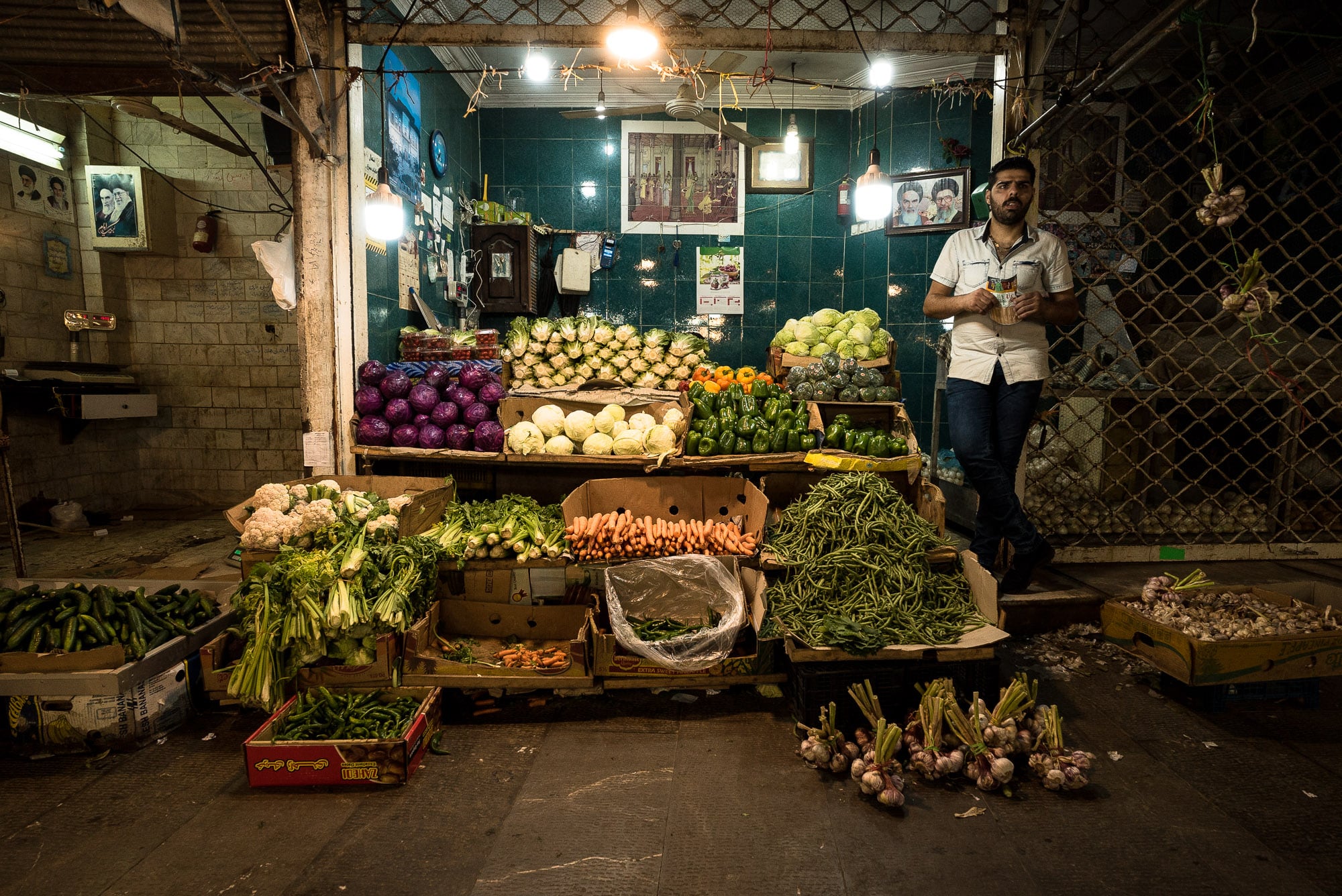 And they seemed to enjoy having their picture taken: 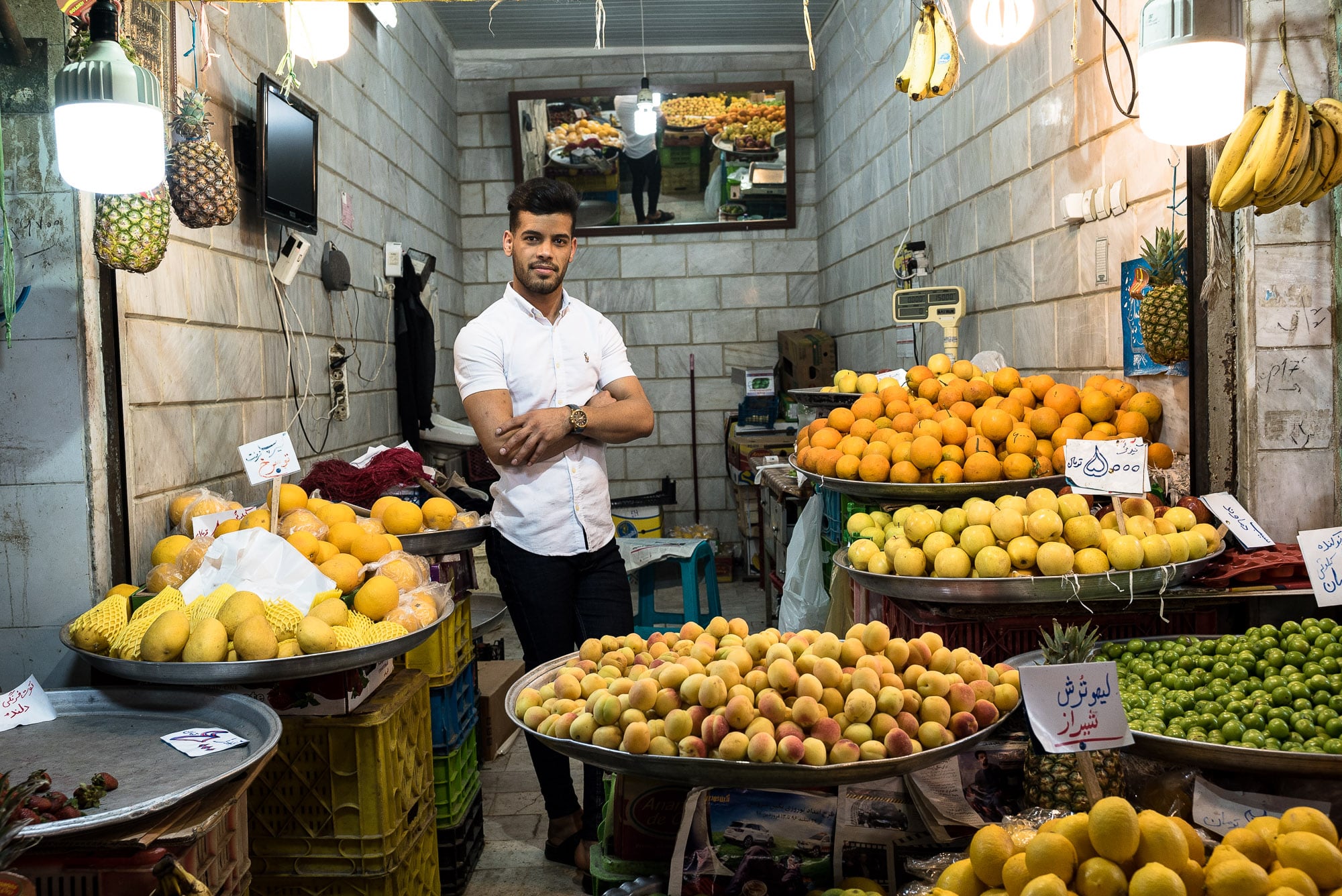 I asked them for directions to a restaurant, upon which two of them, Nasser and Amir, took me to one and invited me to dinner.

“Do you want to see an old house?” they said after dinner, and I said yes.

They took me to this place: 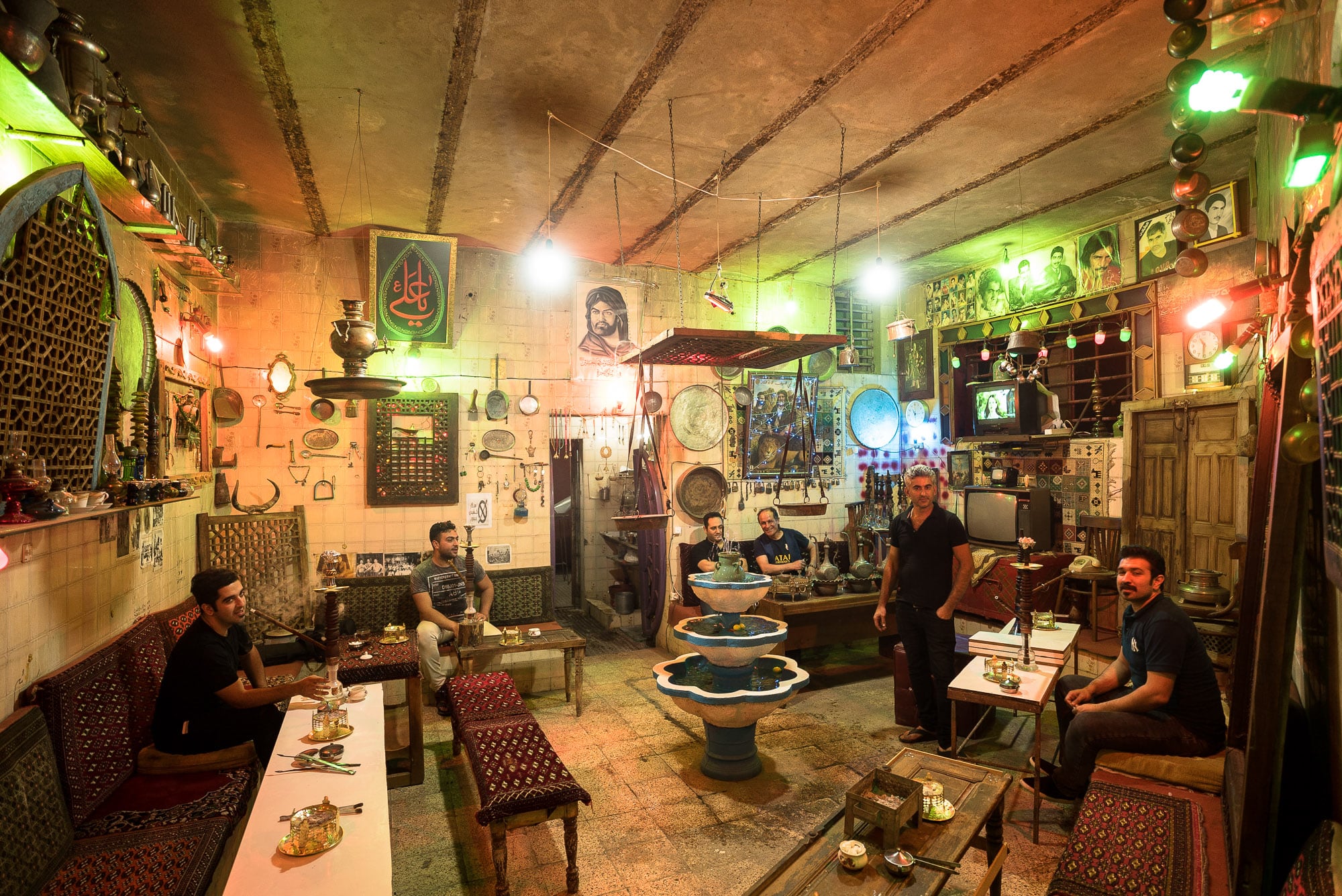 A place where people smoked the hookah: 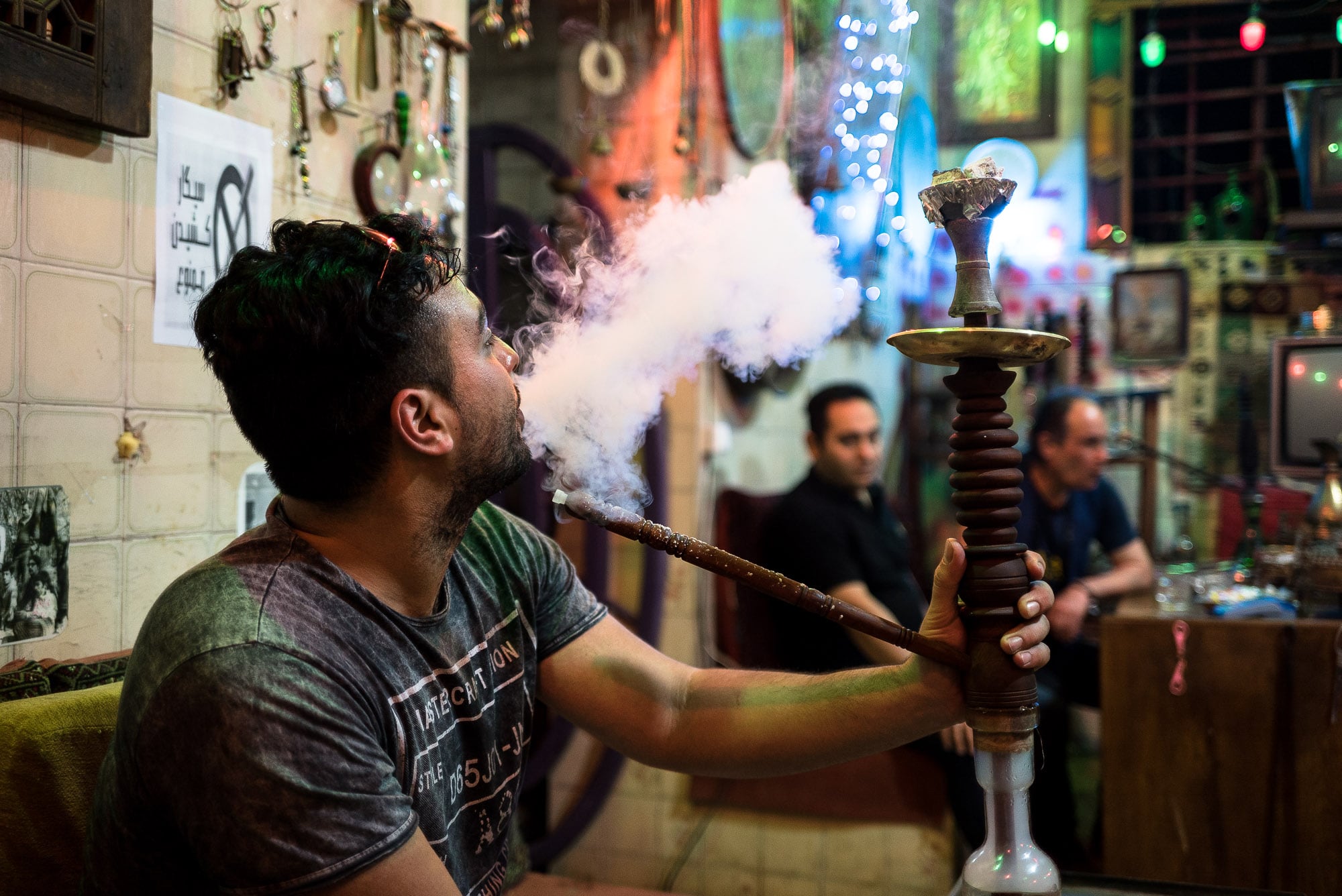 I loved the place. It looked old, not in the sense of “historic”, but in a more contemporary, artistic way. It felt as if someone had made a point of collecting some beautiful old things and use them to fill this place with history.

I sat there with Nasser and Amir and the other dudes, and they smoked and we exchanged jokes. 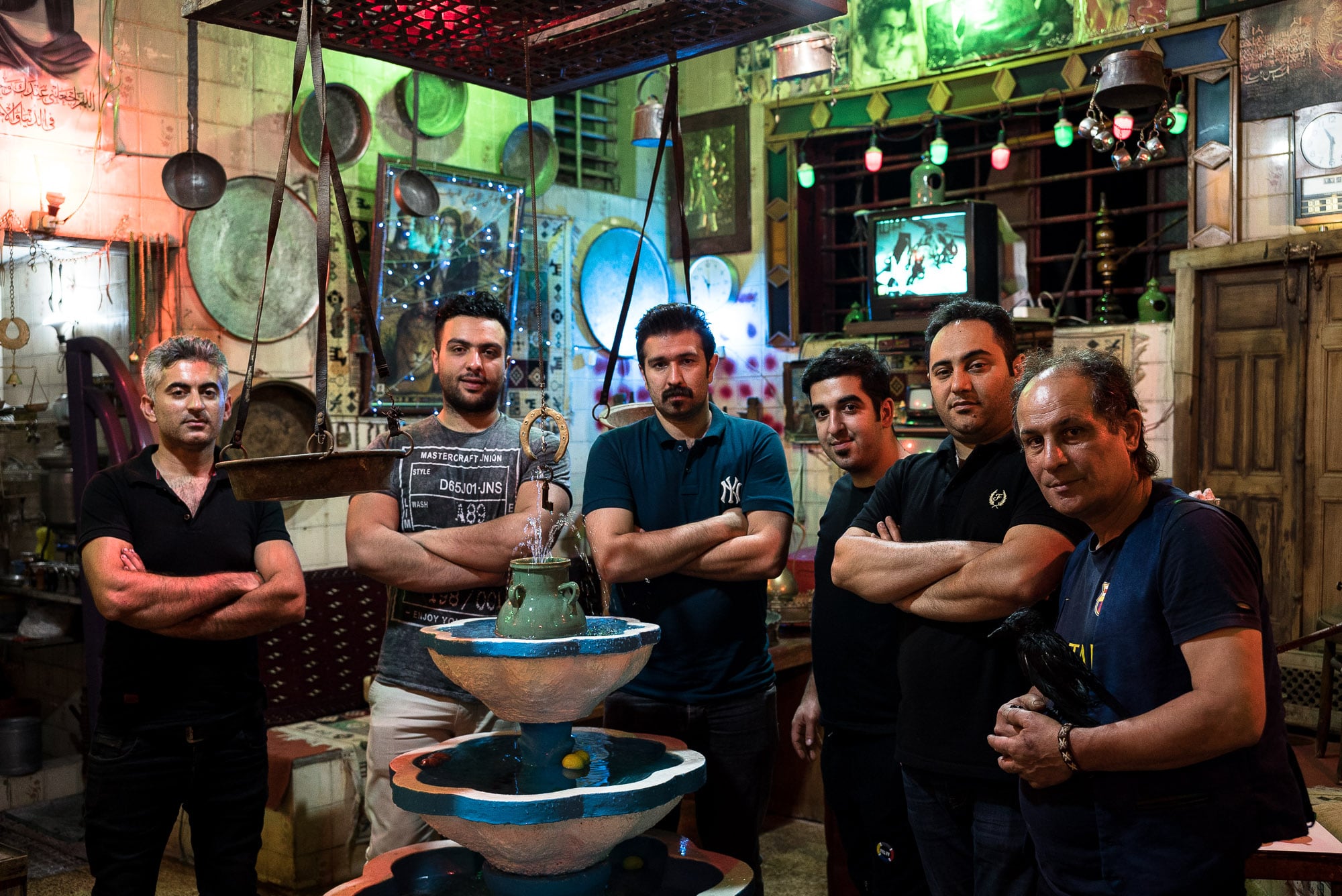 “Dude”, one of them said at one point, “you look just like this French painter, Babrasse!”

Babrasse? I asked. Who was that?

So they googled his picture and showed him to me: 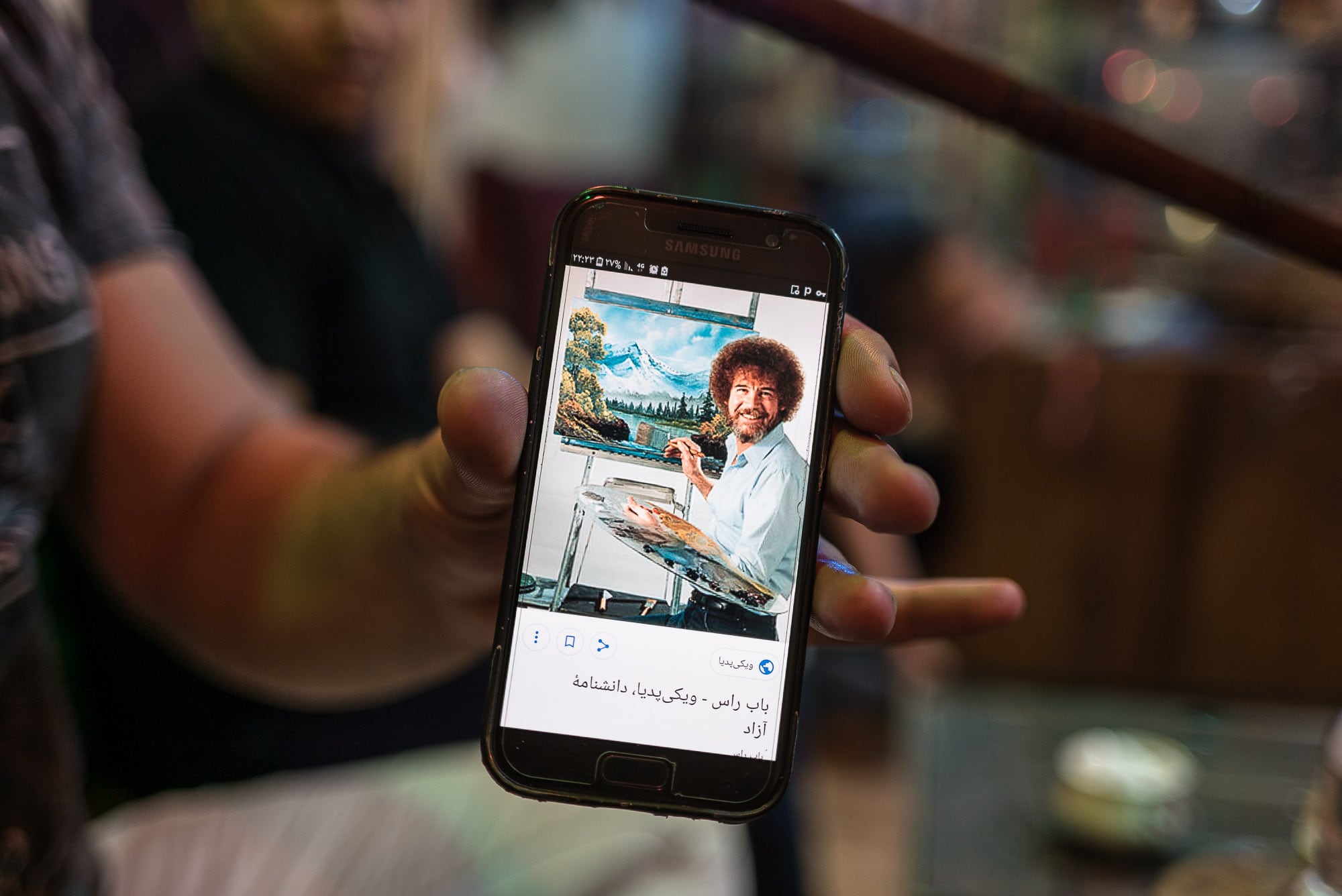 Activity: resting
Soundtrack: Nirvana - "Something In The Way"