No, there’s not going to be any dancing in this post (we are still 311,4km from the next one). But sometimes bureaucracy seems like an elaborate sort of dance to me. You have to make moves, and make them gracefully, at the right time, in the right order.

So today I went to the immigration police in Bojnurd. I was a bit nervous, because the last time I had done this was in Mashhad a few months earlier, and it had been a quite chaotic experience. Also I didn’t know if I would be able to make the officers understand what it was I wanted. After all, the words I can say in Farsi are mostly limited to farm animals: goat, chicken, horse, donkey, cow…

But it turned out that the immigration police of Bojnurd was a quiet, orderly place. And one gentleman there spoke good English, and he was very helpful.

I was told that a thirty-day extension should be no problem at all, but that I should come back tomorrow, because maybe even more days would be possible.

More days? I muffled my excitement with a giant sandwich: 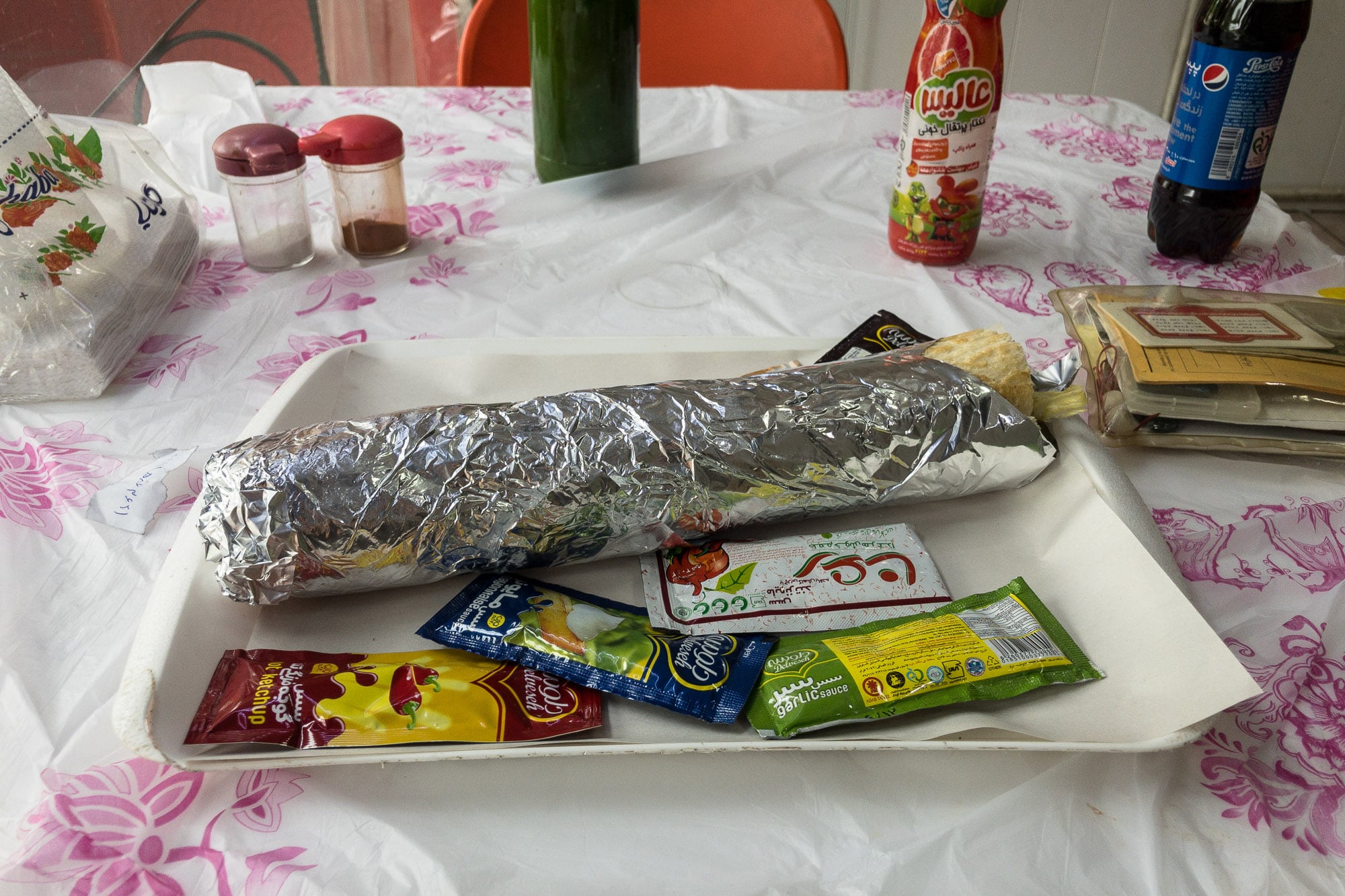 Then I went and had some ice-cream (cantaloupe and pistachio): 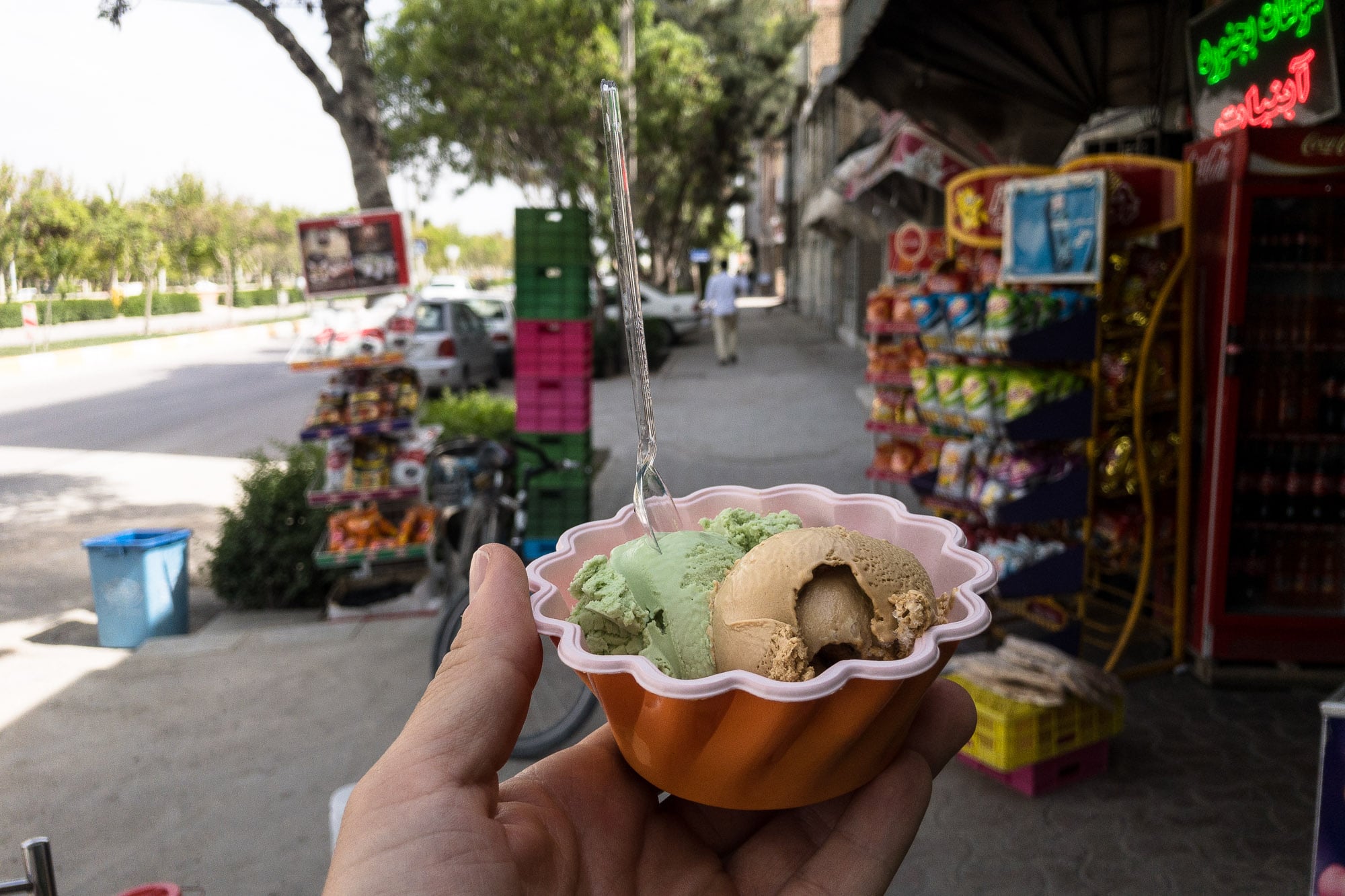 Later that day, I hung out with some friends I had made, and they cooked a fantastic meal on an open fire: 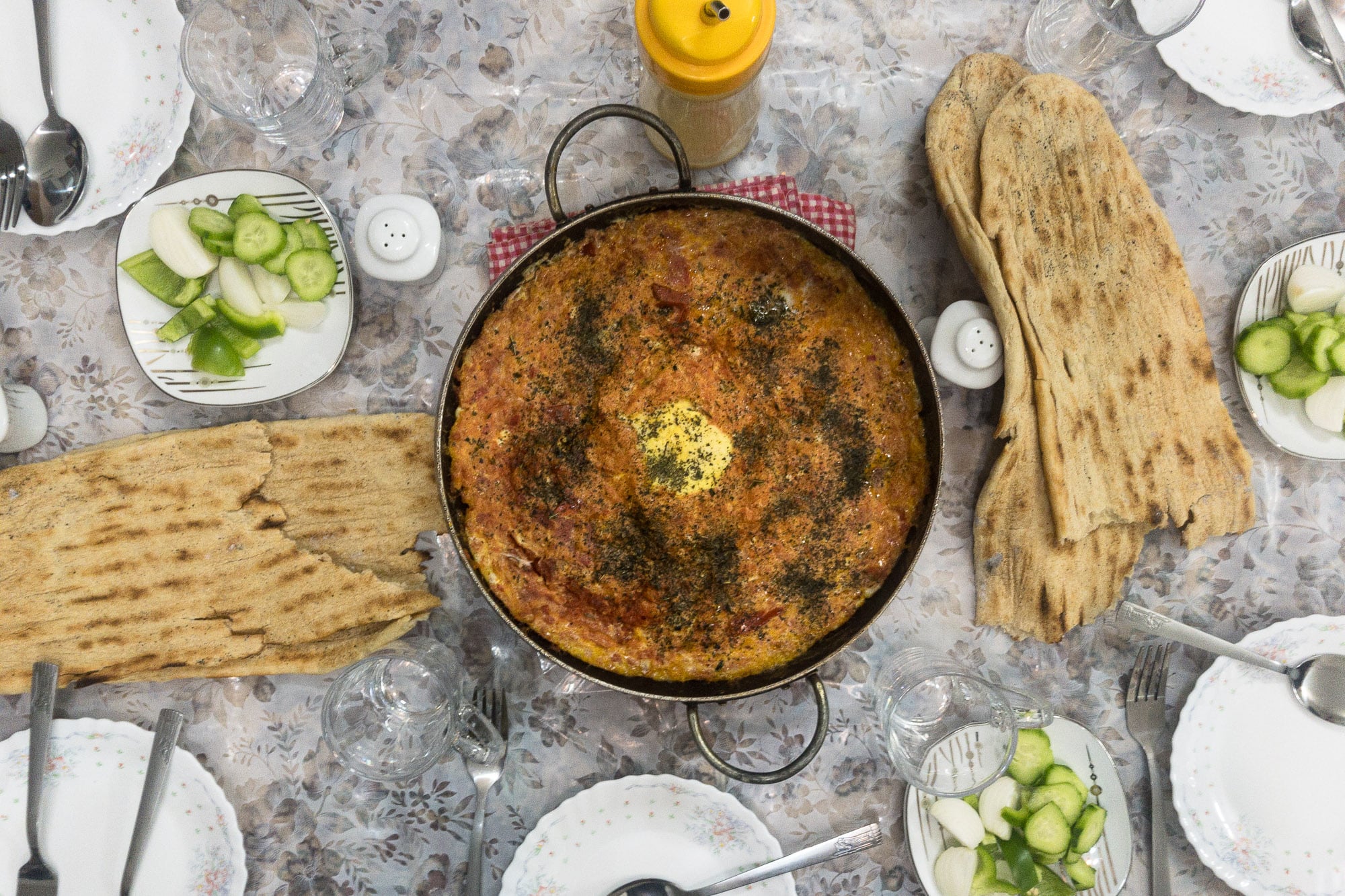 One of them had a shirt I liked: 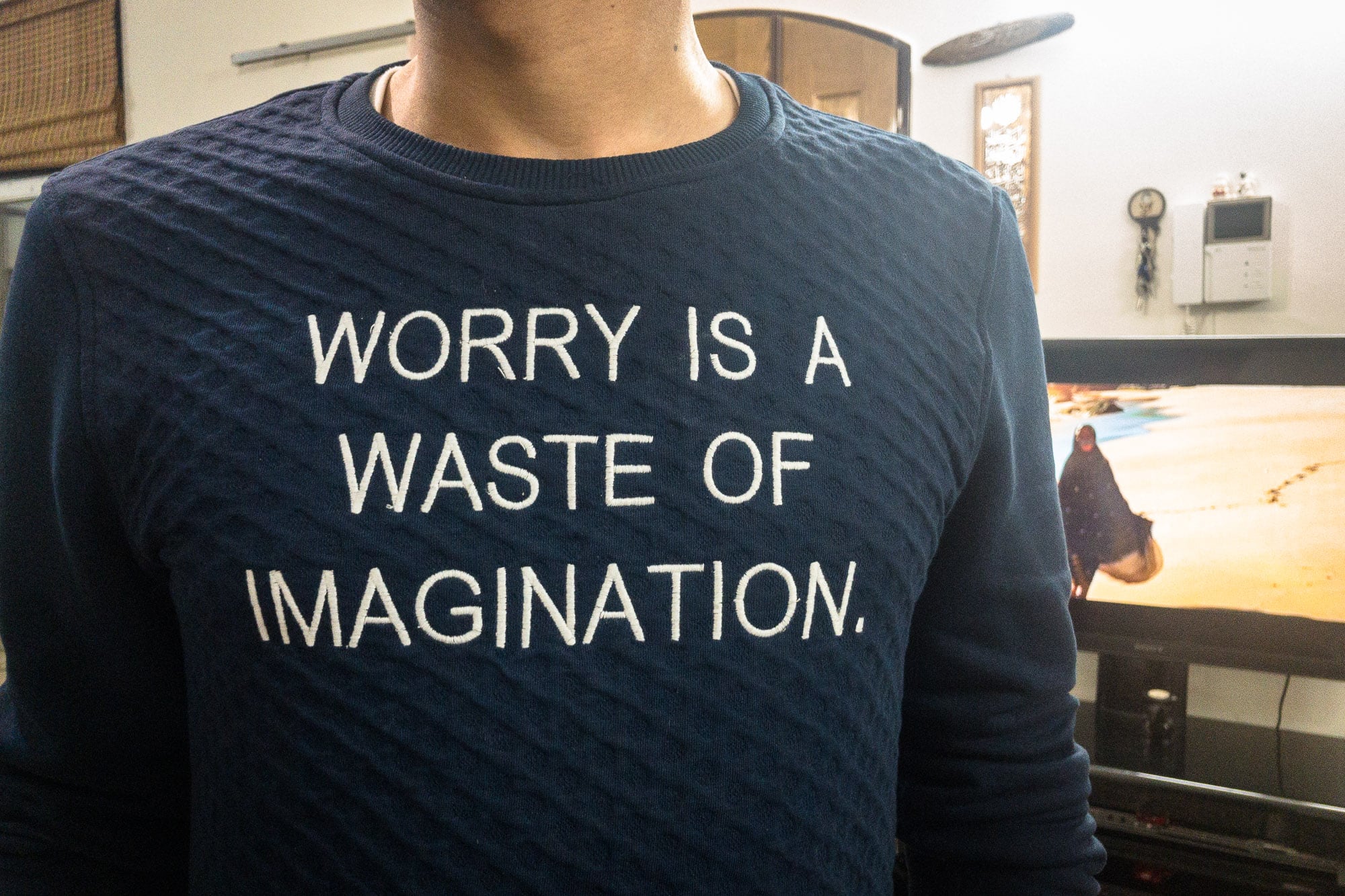 WORRY IS A WASTE OF IMAGINATION.

A simple truth, I thought. Actually it was so simple that it was pretty much a cliché. But it was true nonetheless.