Two weeks to go until Easter, and our local grocery store had already started selling easter eggs. I bought one that was purple: 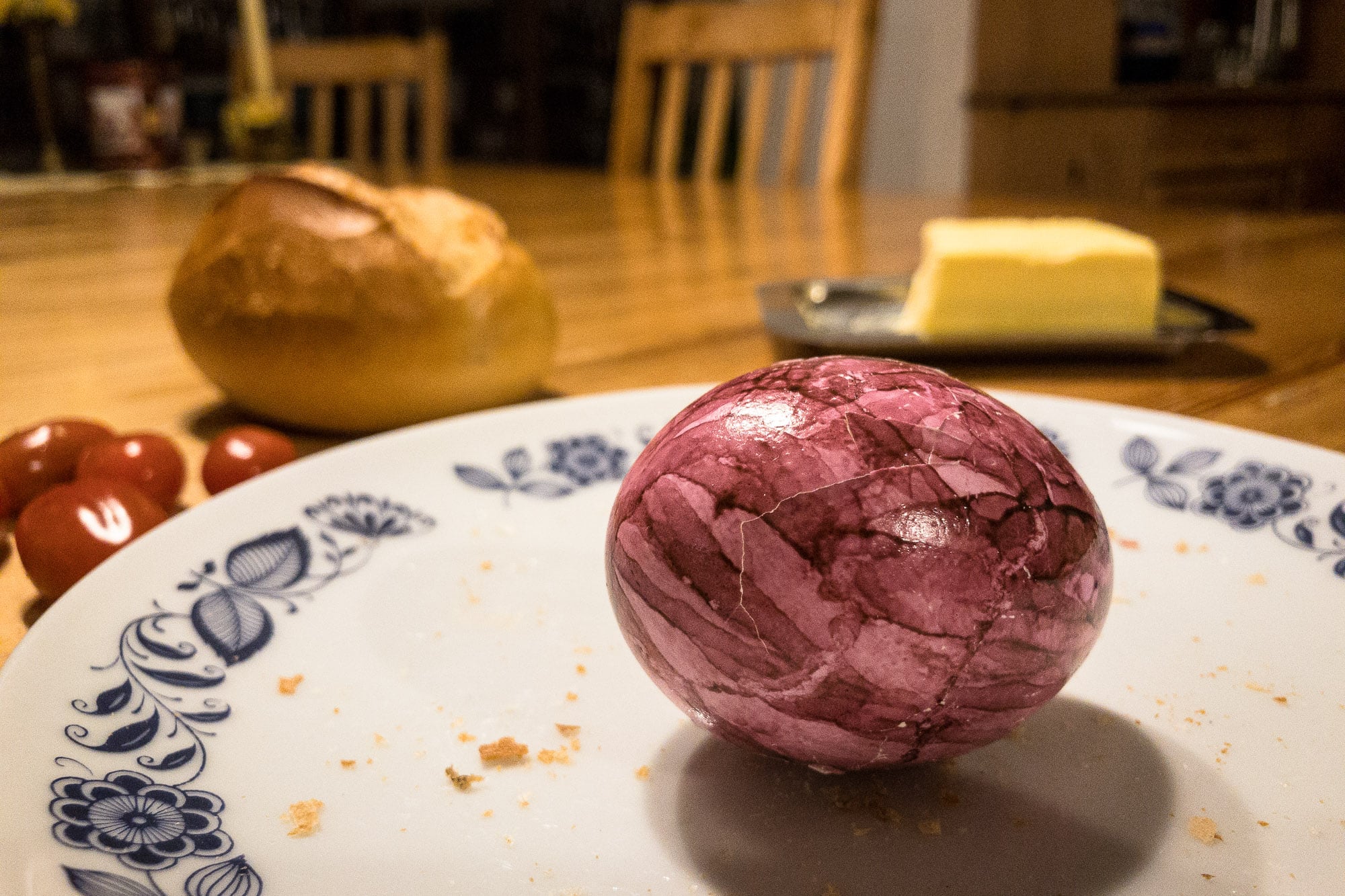 There seemed to be a lot of discussions about “cultural appropriation” and “cultural preservation” these days, both of which I thought were important issues to talk about. For example, smaller languages were vanishing all over the planet, and local dialects were being washed out as well. People had largely stopped wearing their traditional costume, and if they (or others) were indeed still wearing it (or appropriating it), then it was often part of some sort of hyper-reality where the costume wasn’t so much part of an identity but rather just part of some role.

Which made me wonder about the purple egg that I had bought. Germans of either Christian denomination were traditionally very fond of Easter, and not just of colored easter eggs, but also of the ceremonies and festivities around them. Easter was a religious holiday and an important part of our cultural identity.

Only now Germany had become home to millions of people who weren’t exactly Christian. They were Atheists, Agnostics, Muslims, Jews, Buddhists, Sikhs, etc. And of course the their presence was constantly effecting change in Germany, at least on a cultural level.

But, I wondered, how many of those non-Christian people would end up buying easter eggs for themselves as well? Maybe as part of some sort of “cultural appropriation”, or maybe because they thought they looked cute. Or maybe simply because they happened to like hard-boiled eggs.