If you want to make friends in Germany, tell people how you have been mistreated by the Deutsche Bahn (German Rail). Literally 100% of all Germans will respond by willingly sharing their own stories of horror and suffering at the hands of the DB with you, and they will accept you as one of their own.

The thing about the Deutsche Bahn isn’t just that they charge you extra for all kinds of random stuff (like for seat reservations, or when there’s a “service” surcharge for tickets purchased at the counter). It’s also that their trains aren’t very punctual at all. In fact, they seem to run late a lot of the time. And that doesn’t just go for the Deutsche Bahn on a federal level, it goes for local metropolitan transport systems as well.

Of course sometimes it’s not their fault: trees fall on power lines, or people get hurt on the tracks. But at other times, and it seems to be more often than not, it’s just plain incompetence.

Anyway, today I was made to miss a connecting train about five kilometers from my home, and when I prepared myself for a half-hour wait in the freezing cold, the display at the platform nonchalantly advised me that the next train was going to be canceled altogether.

I got pretty upset: 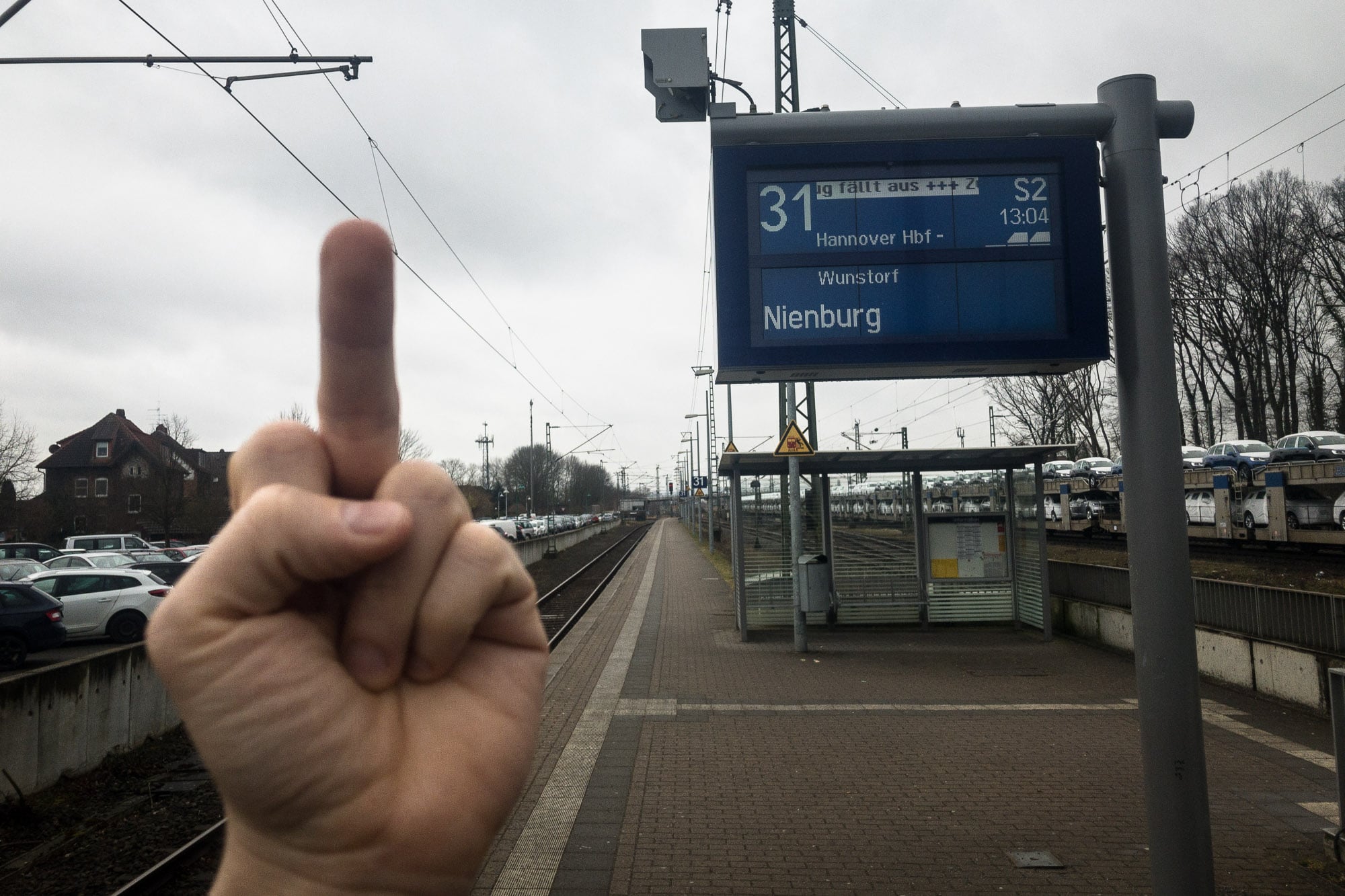 Eventually I ended up walking all the way back, just like I had on the night of my first yoga class: 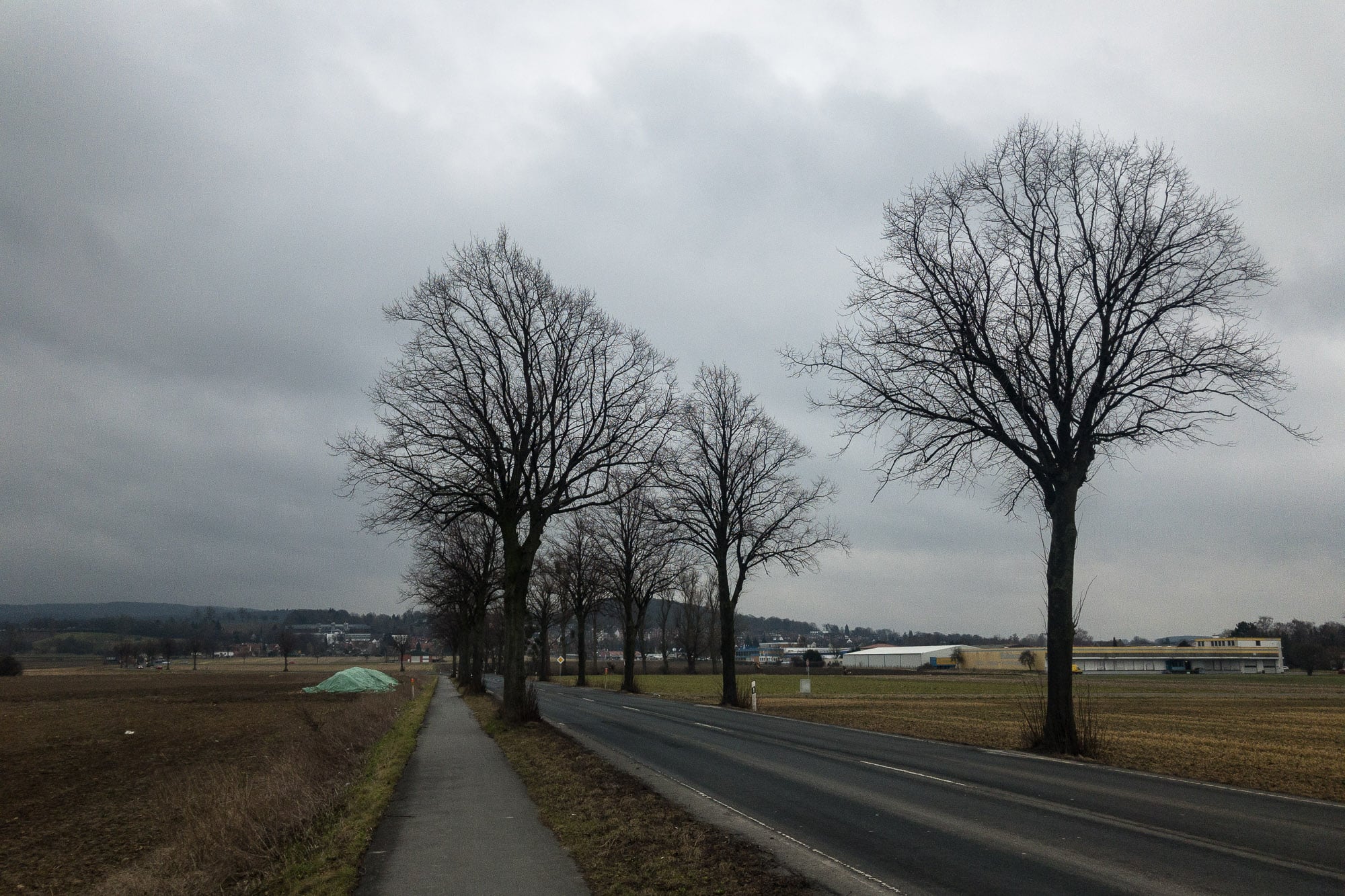 Here I was, walking home through the Northern rain that somehow always comes at you sideways.

The. Longest. Way. I thought, The Longest Fucking Way.