I used to not drink alcohol. Then I took up walking. Then I stopped walking. And then, not long after that, I figured that I needed something new in my life.

I still don’t understand wine. Or sparkling wine. I have learned to enjoy a bottle of beer when the sun is setting, but I find drinking it in large amounts rather unsatisfying. Spirits are interesting, but not all of them.

I like the V. I once offered a glass of vodka to a Polish guy, and he told me to get lost with that “new crap”. I didn’t know what “crap” was when it came to vodka, and why “old” was supposed to be better than “new”. Also, I found him impolite.

So I vowed to drink all kinds of vodka until I knew good from bad, until no man, Pole or not, would be able to tell me to get lost. That’s how SlowerPulse was born.

Today was the first day of the Chinese Year Of The Dog. I decided to make Moscow Mule and watch the New Year Gala on the internet. The gala was very bad, in fact it was terrible. But the drink was much better than the last time I made it. 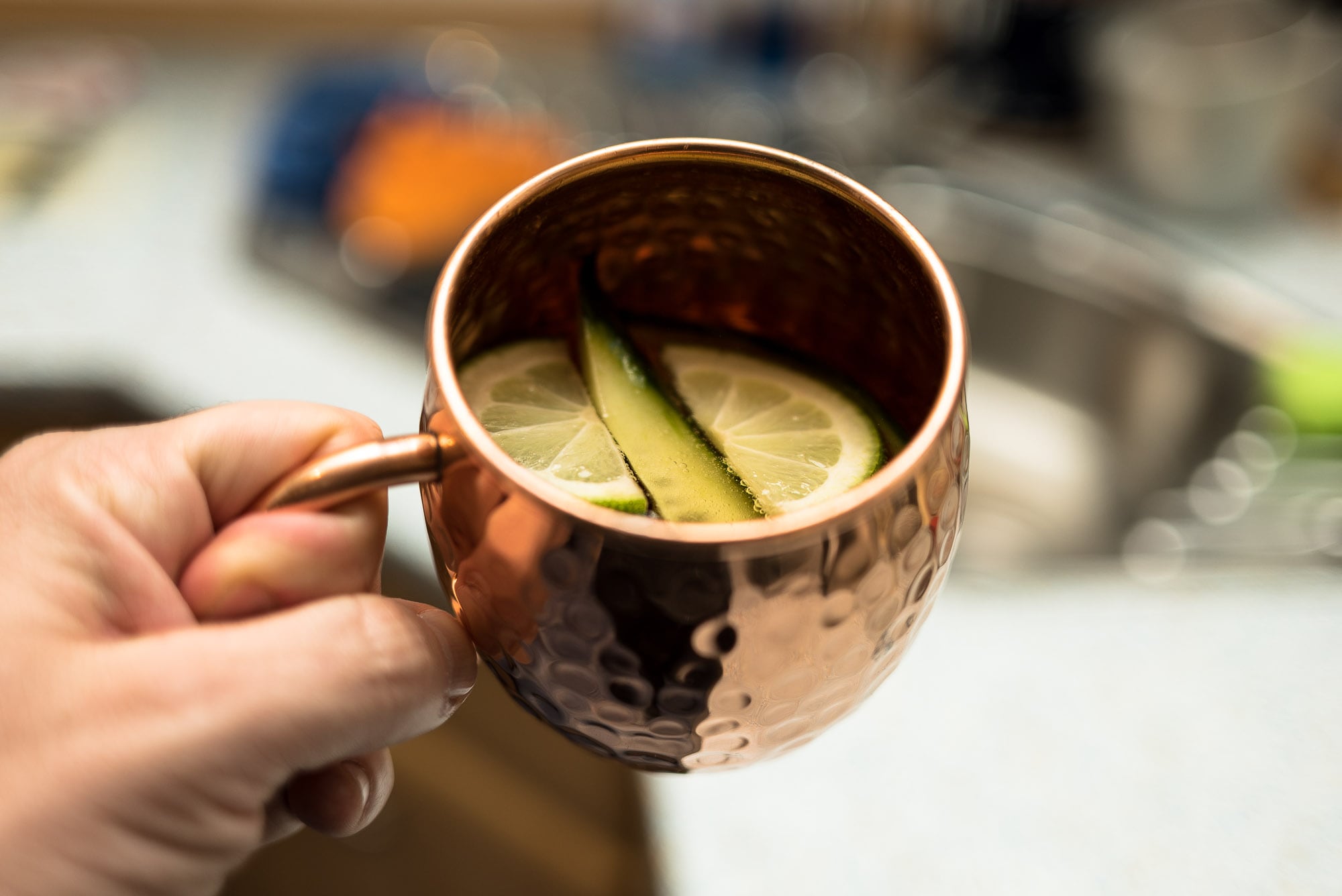 Here’s what I did (after stealing technological secrets from a friend):

You can use special copper mugs if you have them laying around. But they only change the optics.